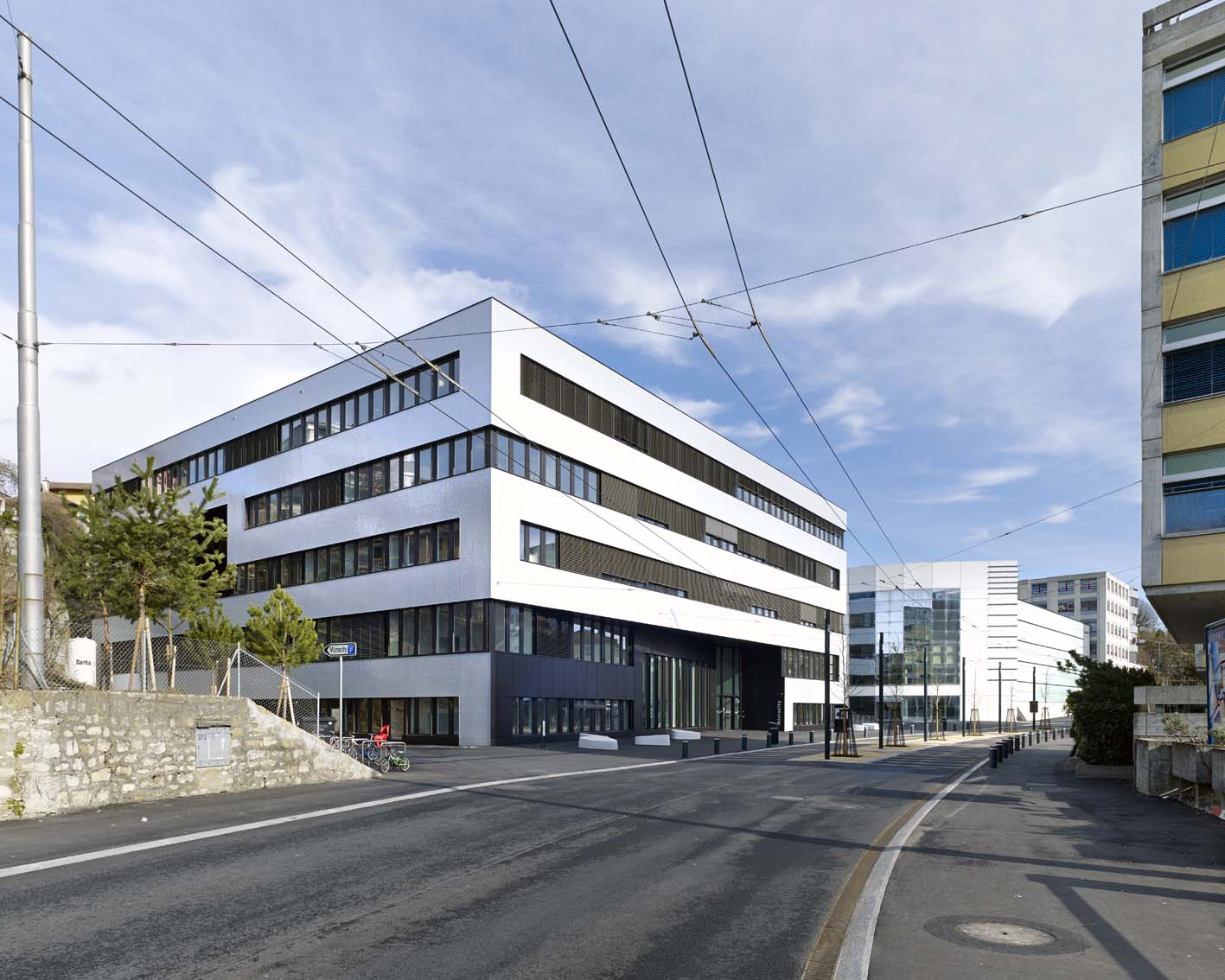 The construction of a research centre for microtechnology in the heart of the city of Neuchâtel provided the opportunity for several hybrid measures in the field of spatial planning, technology and construction. On a spatial level, the building is integrated as a significant pole in the urban morphology. Beginning with a regular interior grid of 7.20 x 7.20 metres, its sculptural design reacts to the special characteristics of the immediate surroundings. That results in a structuring of the location, not only in the case of the spaces of the building’s interior, but also in terms of the public exterior facilities. Due to the exchange with the new part of the city, the existing buildings and the exterior spaces create a new identity and coherence that enhances the entire quarter. The interplay with the compact nature of the proposed building and the creation of new exterior spaces allows the topography of the terrain to accommodate a dialogue that is “tailored” for the location. The park with exclusively native plant species and a retention basin for rainwater creates connections with the neighbouring quarter and turns it into a prestigious area of the new campus. The wall of cliffs to the north is also comprehensively greened to create a rich contrast between the green areas and the building. The building, which is conceived as a small city, expresses itself as a spatial continuum that is determined by a rich, tight-meshed network of the main distribution routes, auxiliary pathways and zones in which to linger. This concept results in a series of open platforms that facilitate the spontaneous exchange between users. The common areas, especially the auditorium, the foyer and cafeteria, are connected to the central axis at the heart of the building. It structures access to the building and forms a spatial reference that connects the entrances, leads along the interior thoroughfares and integrates the large stairs. The construction initially consists of three concrete cores that accommodate the technology required for the functions of the building. 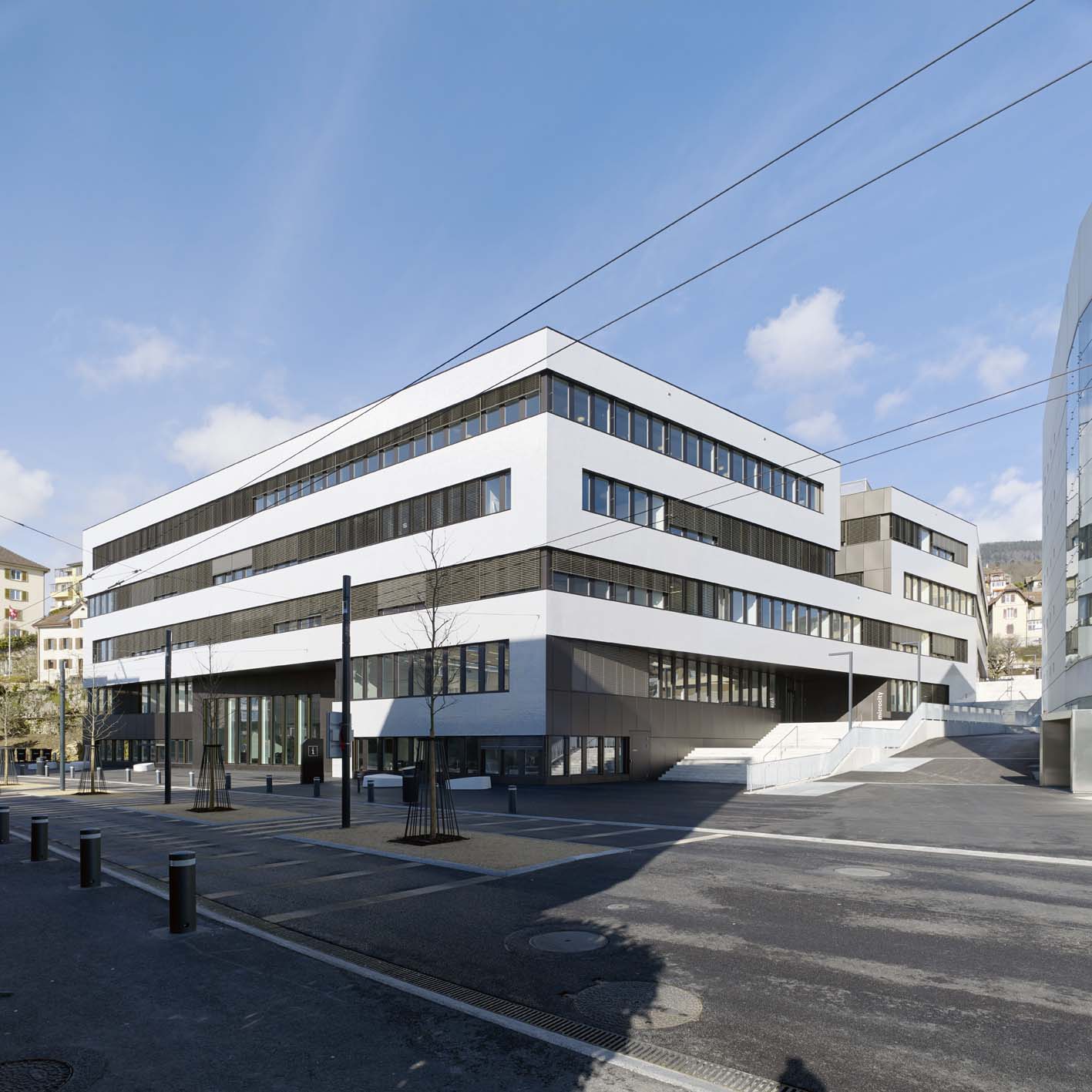 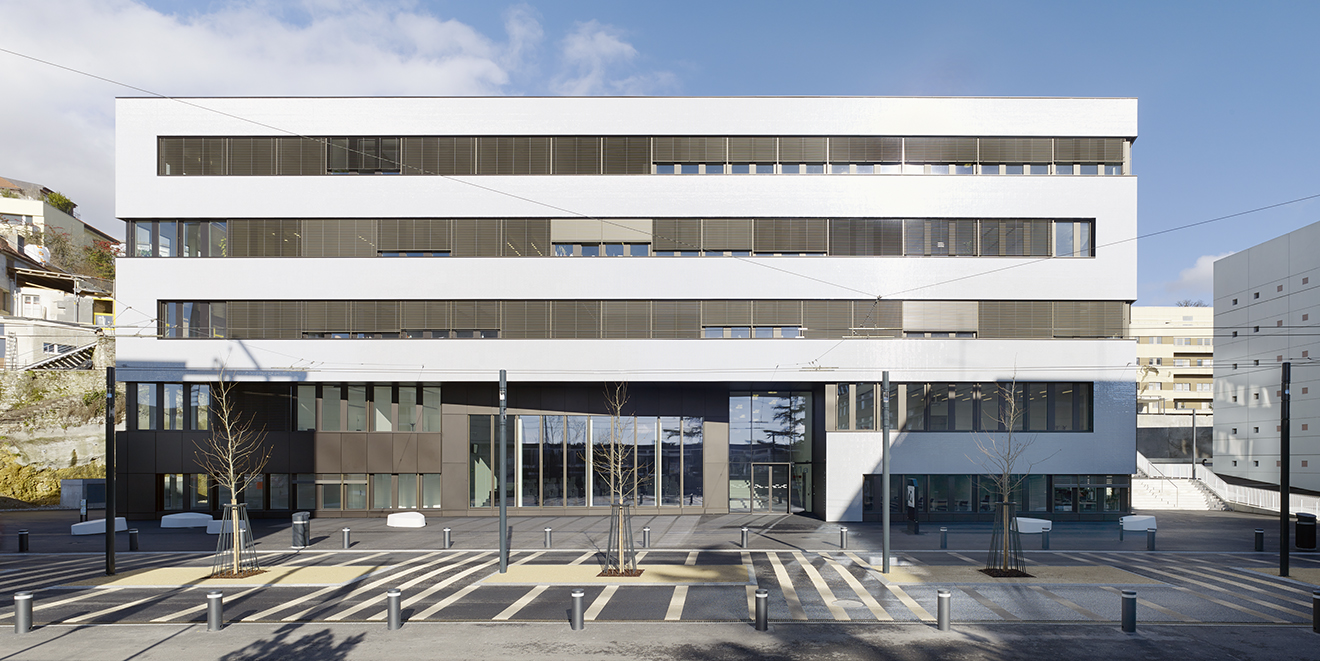 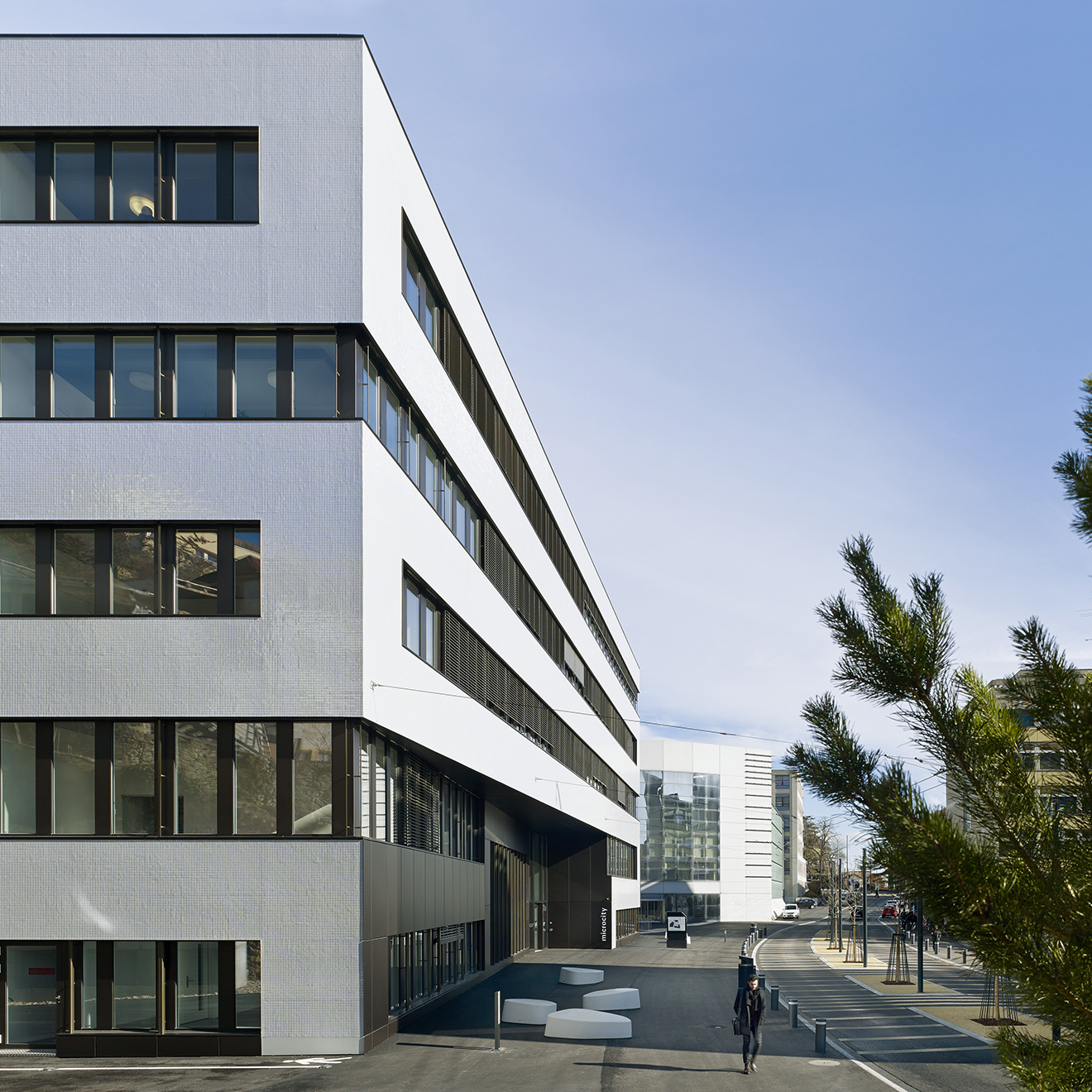 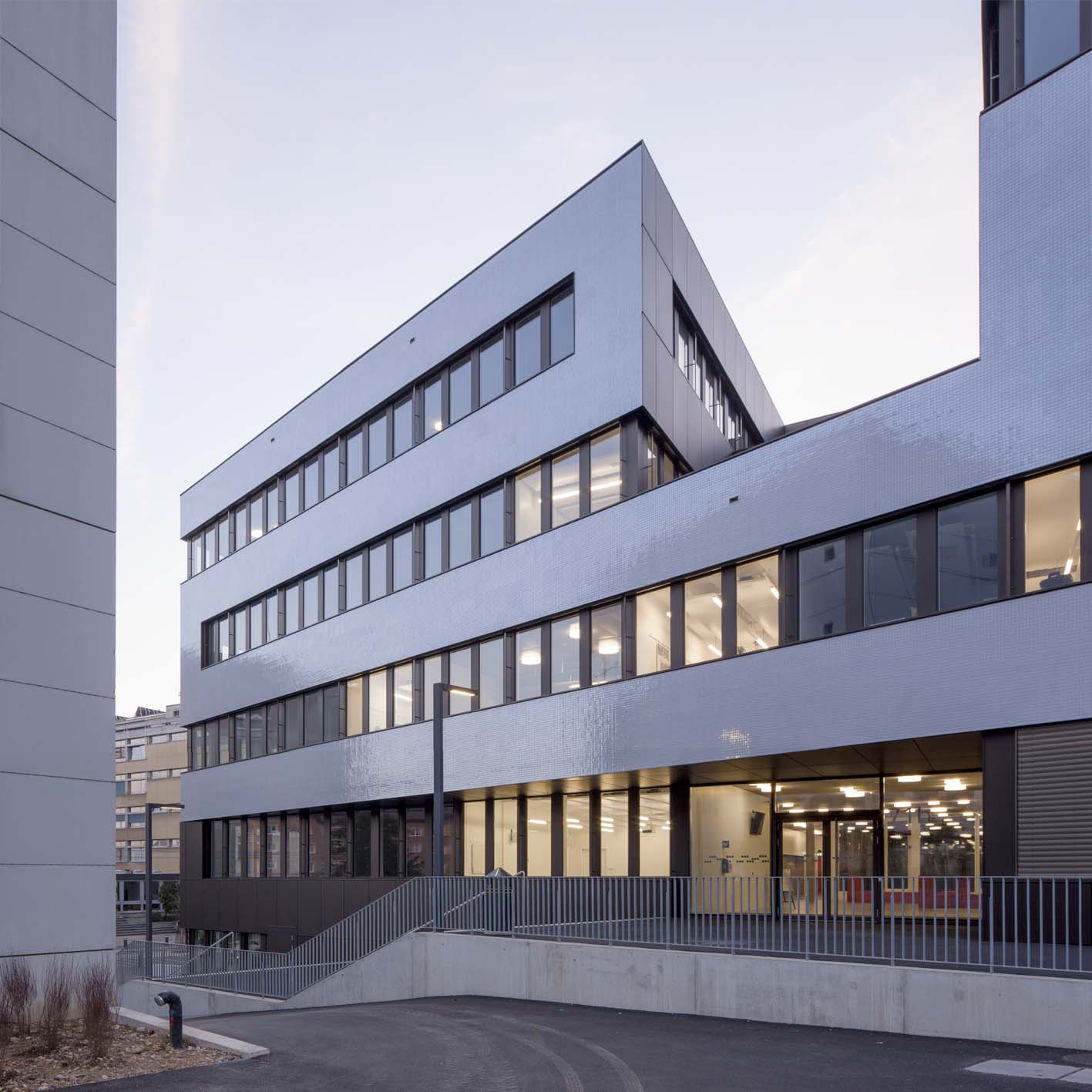 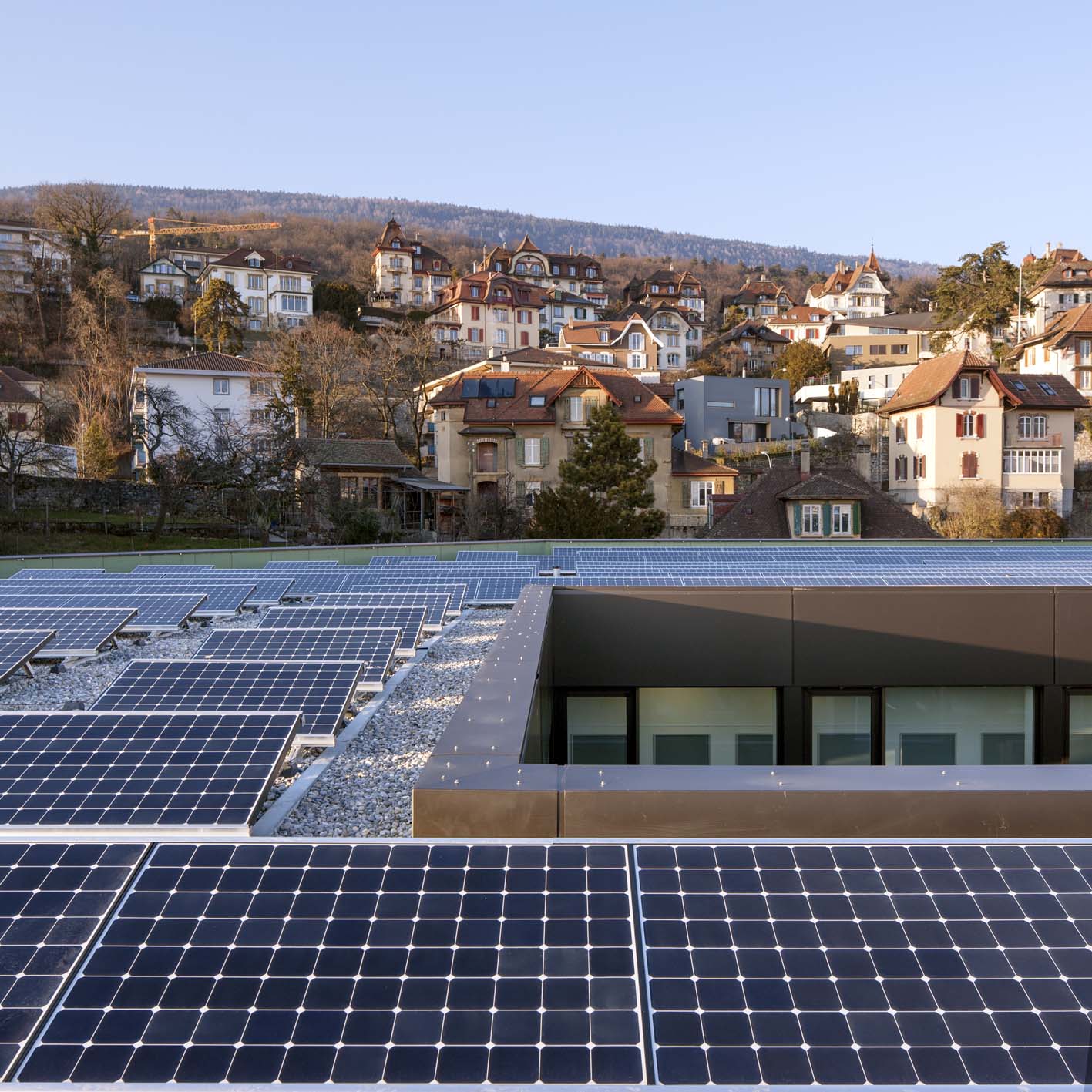 Furthermore the construction is based on a hybrid system of wood and concrete that allows a reduction of grey energy, an increased level of flexibility and many opportunities for later adaptation. The clear distribution of proposed systems is not only based on a conceptual, functional and technical approach, but is also aimed at the efficiency of the project – both on an economic level (optimising the construction and utilization costs) and on an operative level. The prefabrication of a large part of the construction in the workshop aided fast construction work and reduced any inconvenience to the neighbourhood due to work on the building site. Using the special characteristics of the programme and the building site, the project takes ecological, socio-cultural and economic criteria into account. The procedure is based on solutions that mainly focus on a rational resource budget (land, energy, water, species diversity) and minimising environmental burdens (sustainable mobility, compact building, thermal quality of the building shell, materials with a good environmental balance sheet). Microcity is also a driving force for integrating renewable energies going beyond its own limits: on the one hand by installing a photovoltaic centre on the roof that is connected to the city’s power grid, and one the other by creating an underground canal ring that uses water from the lake to air-condition several buildings in the quarter. 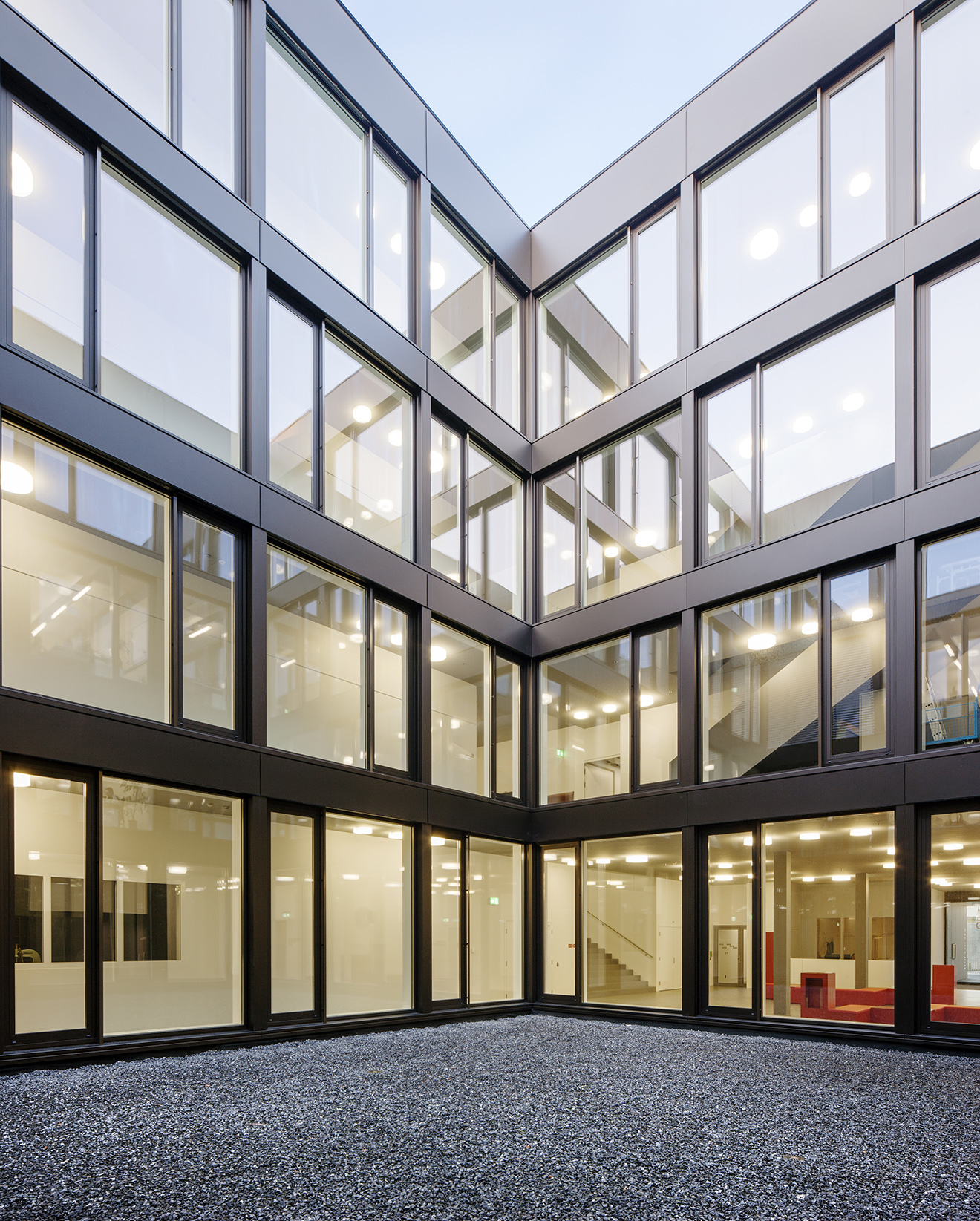 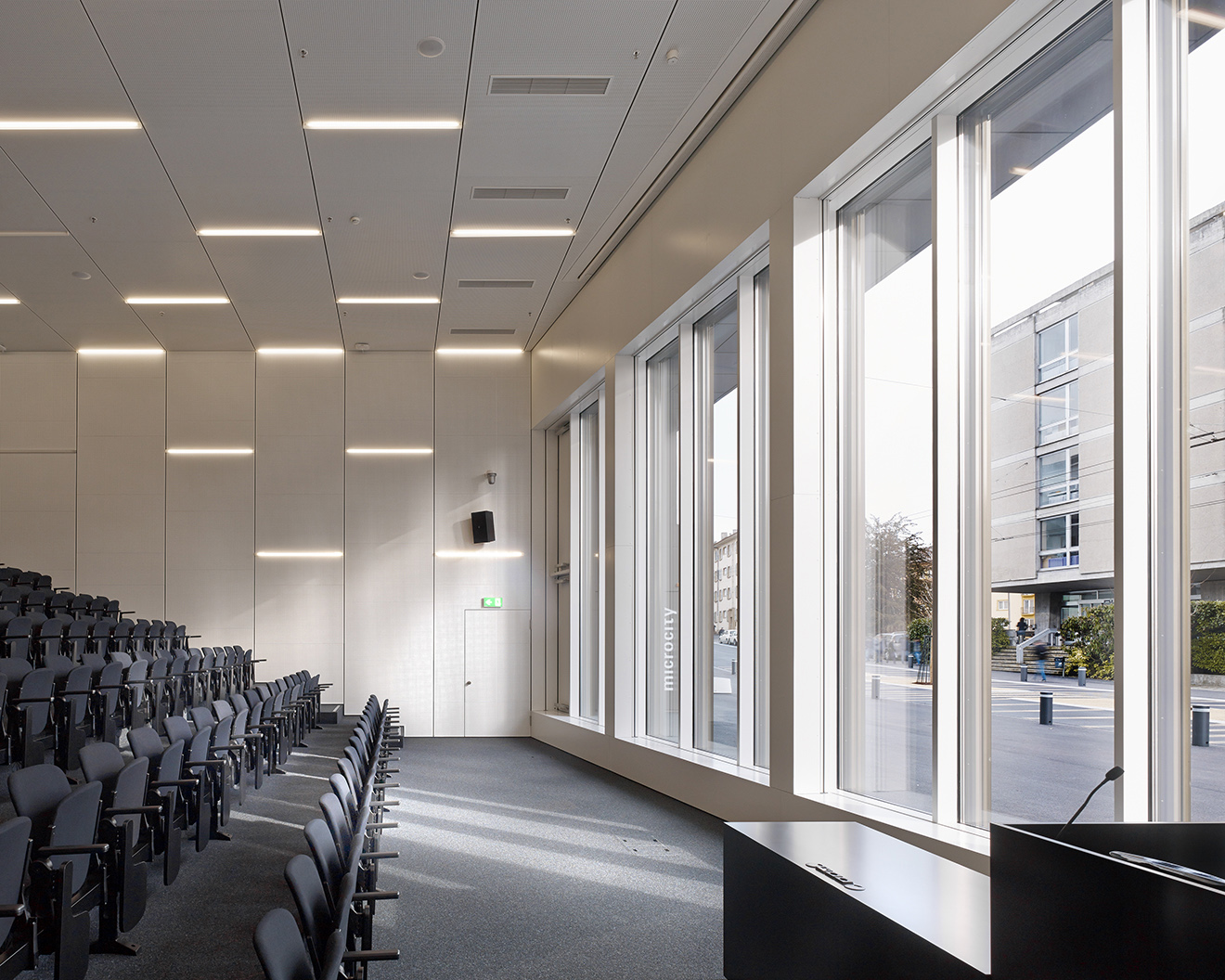 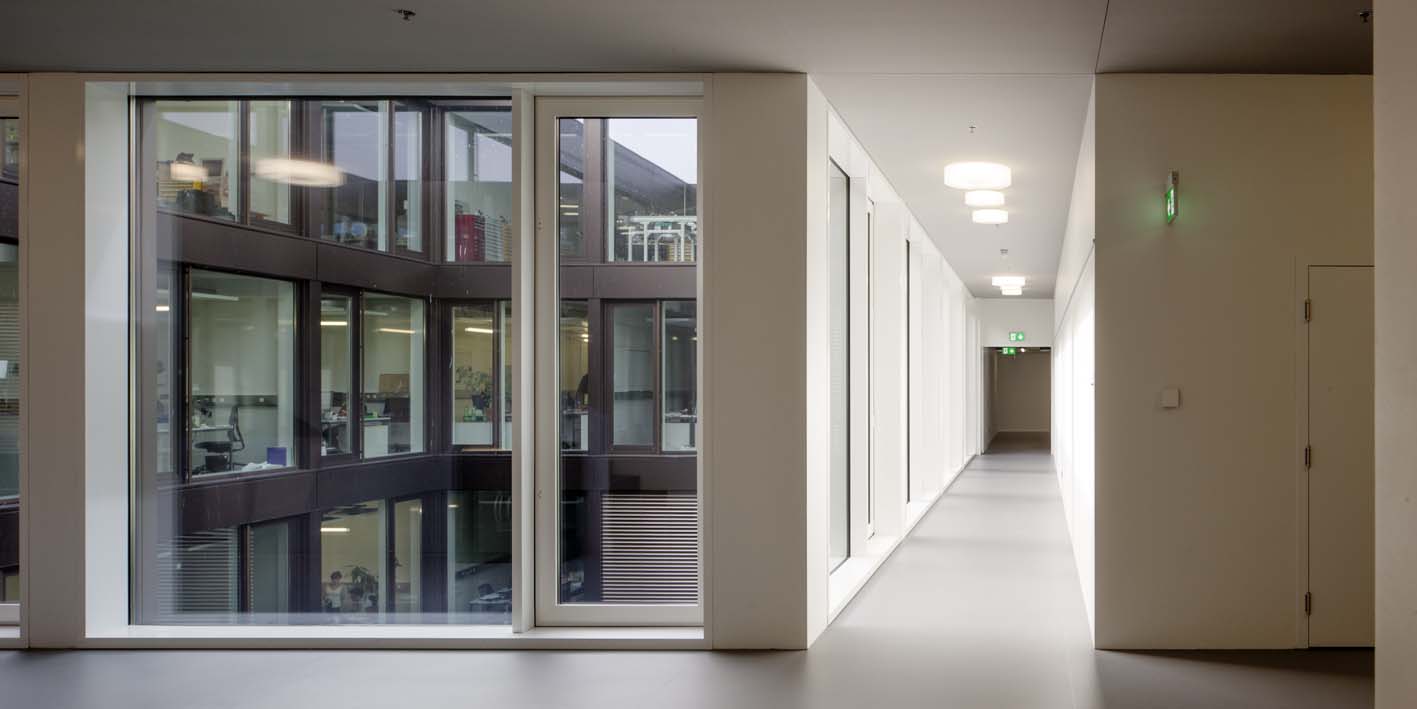 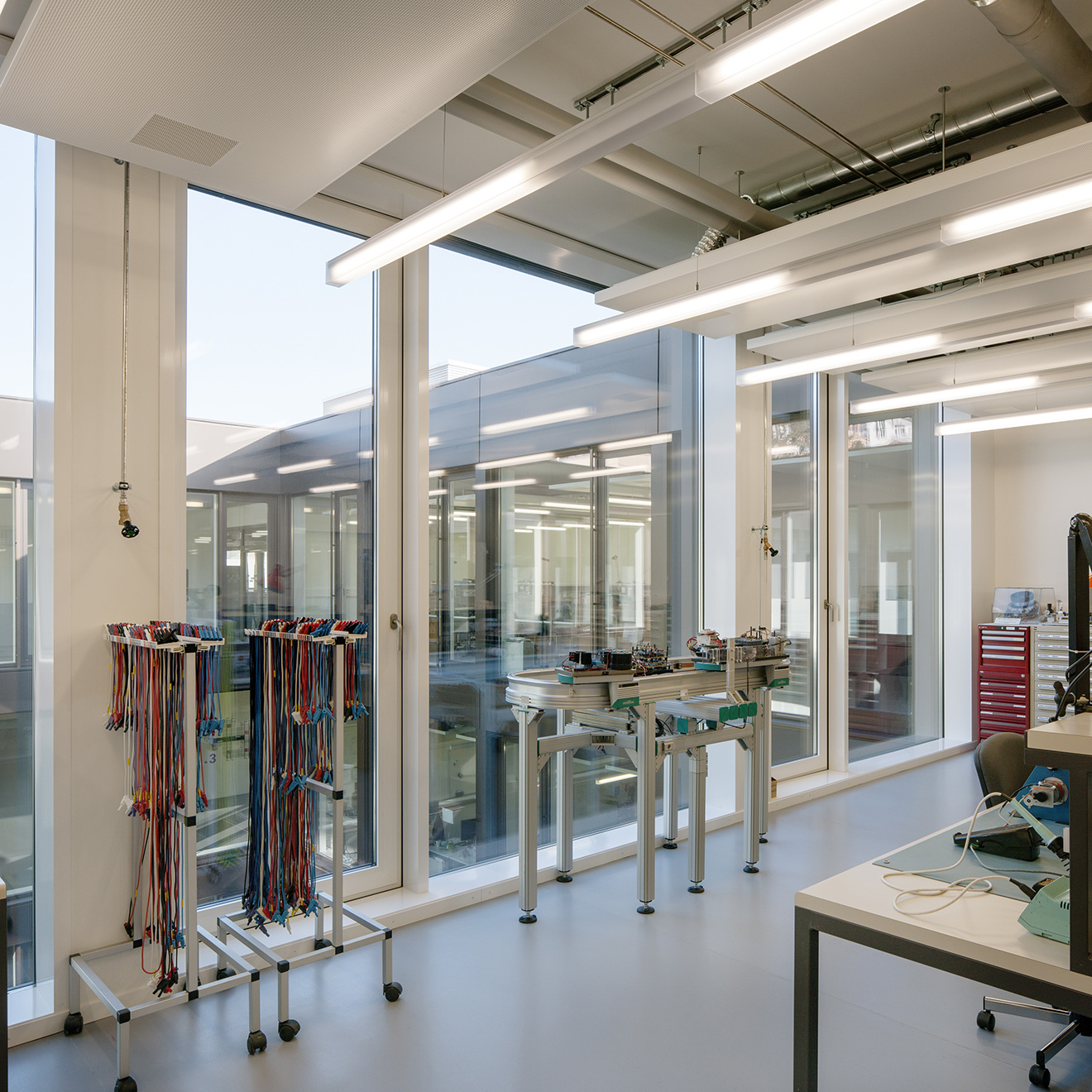 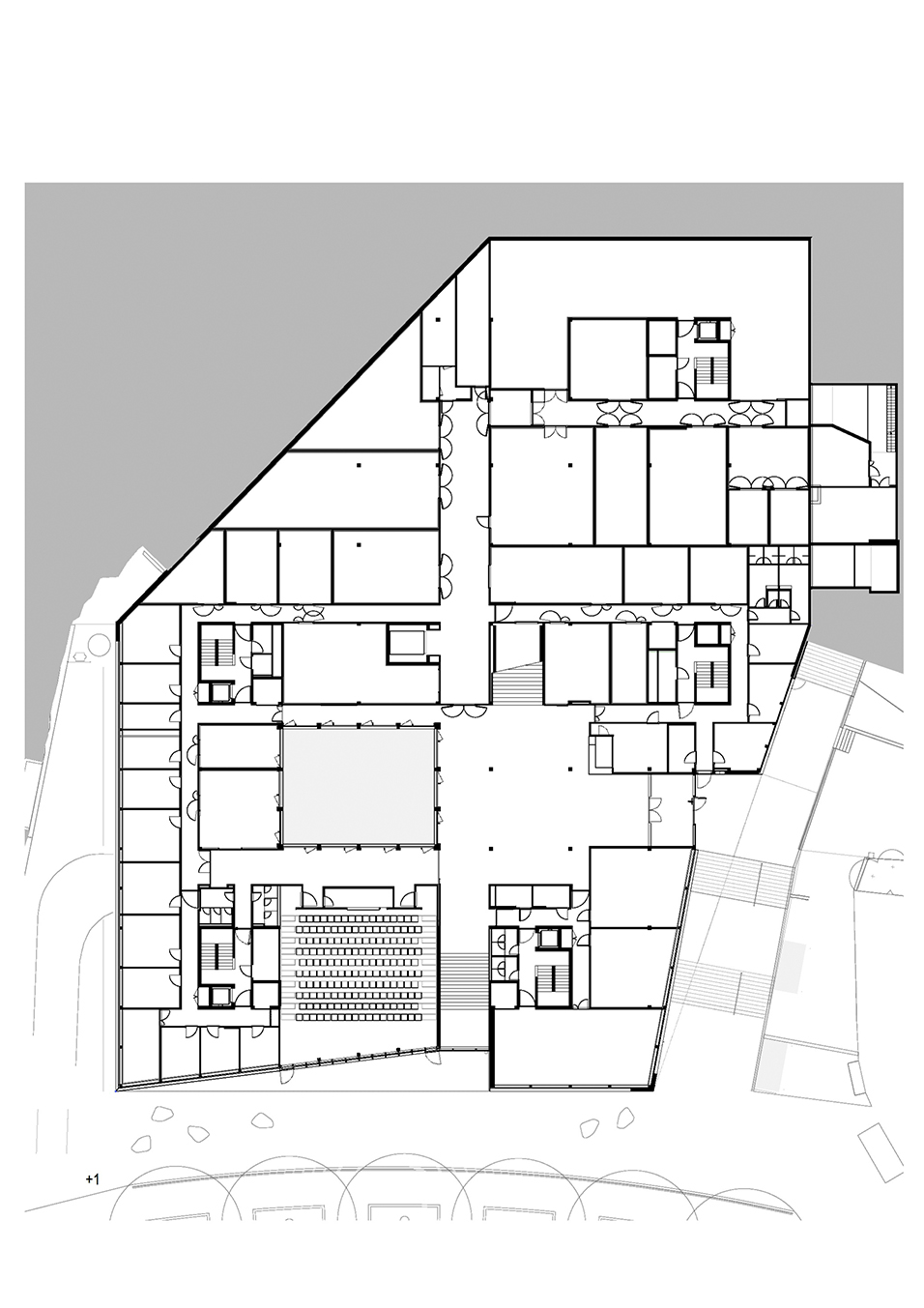 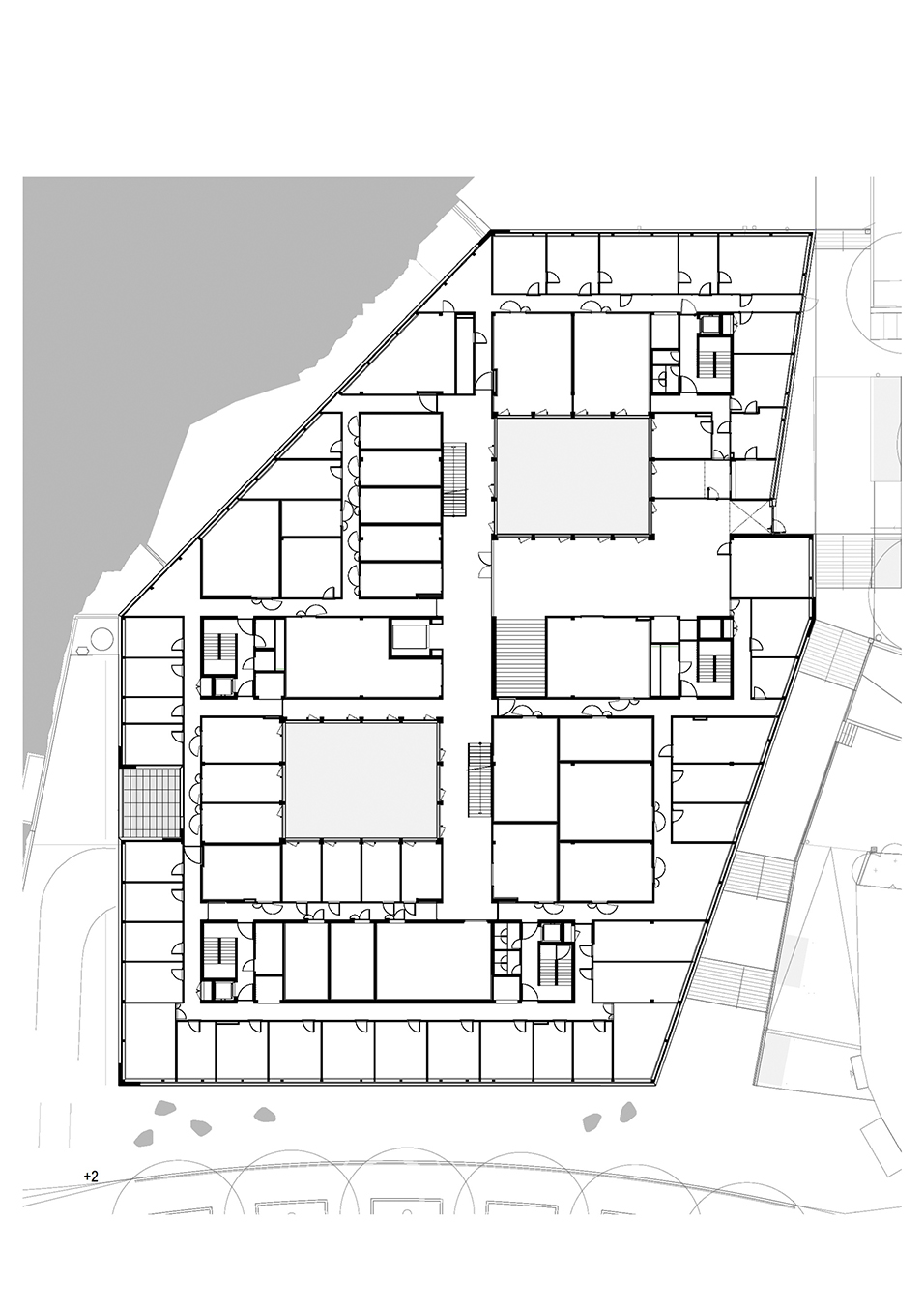 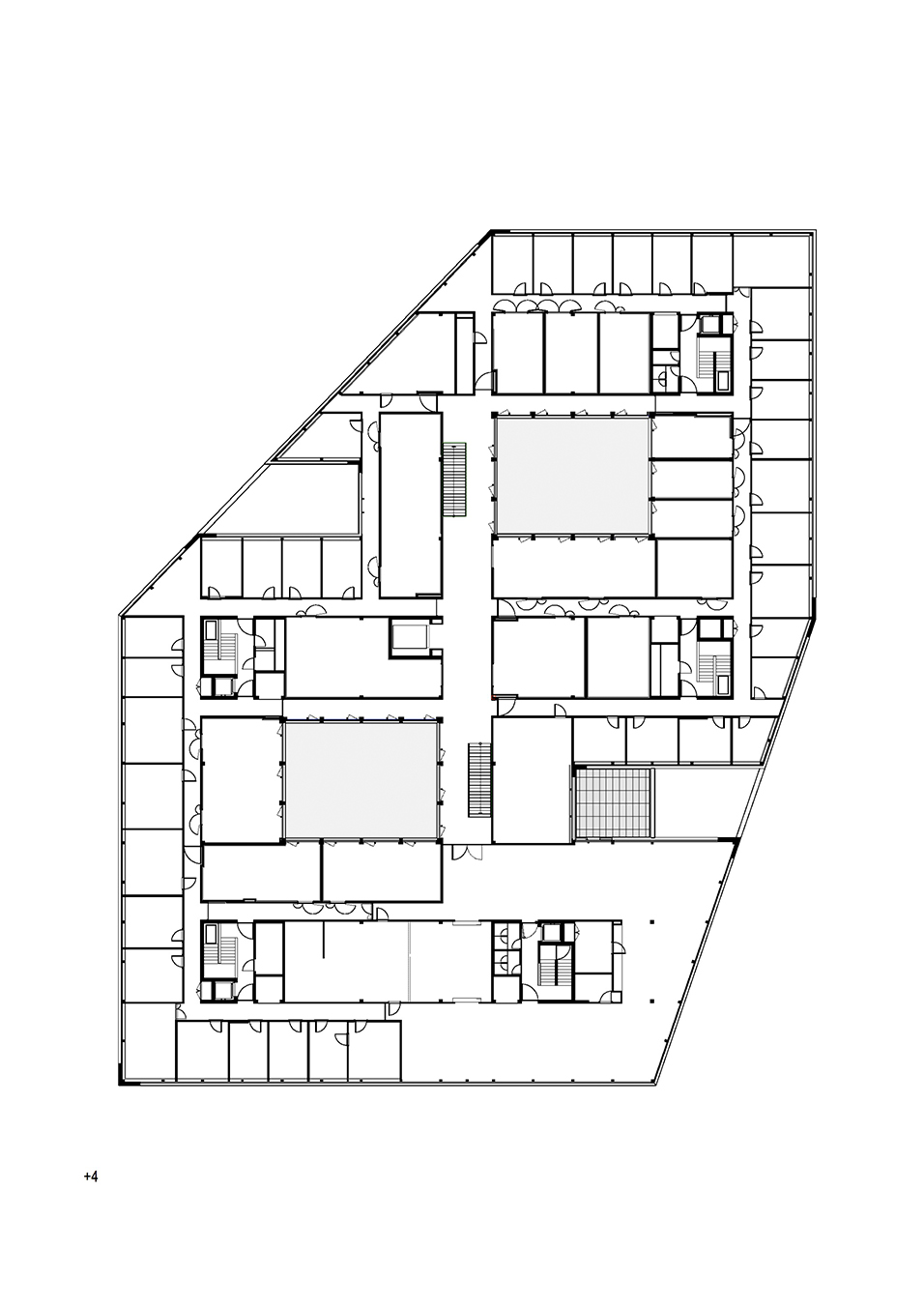 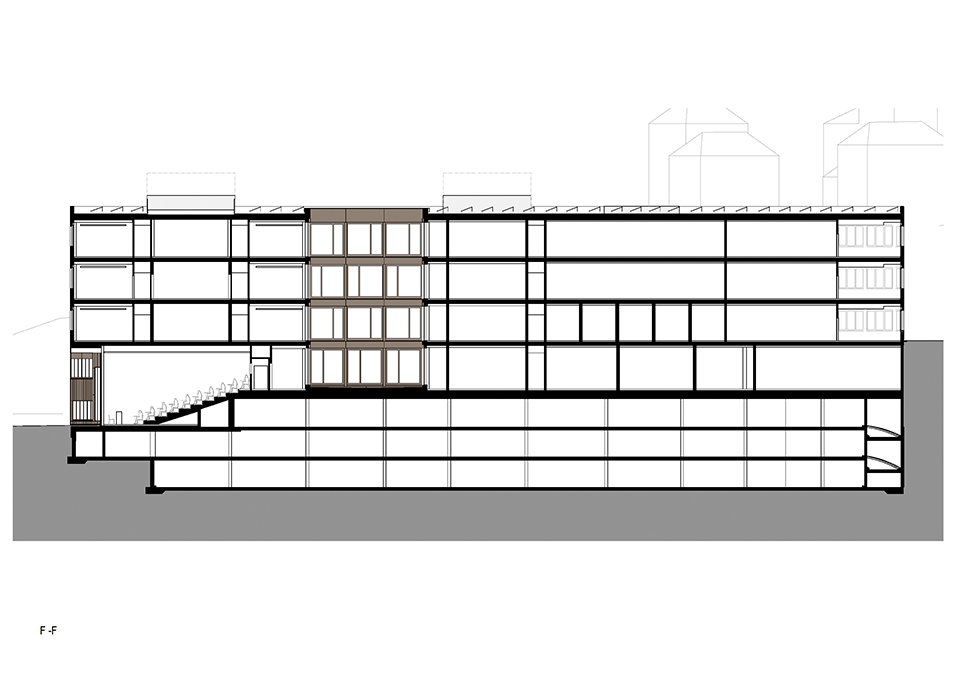 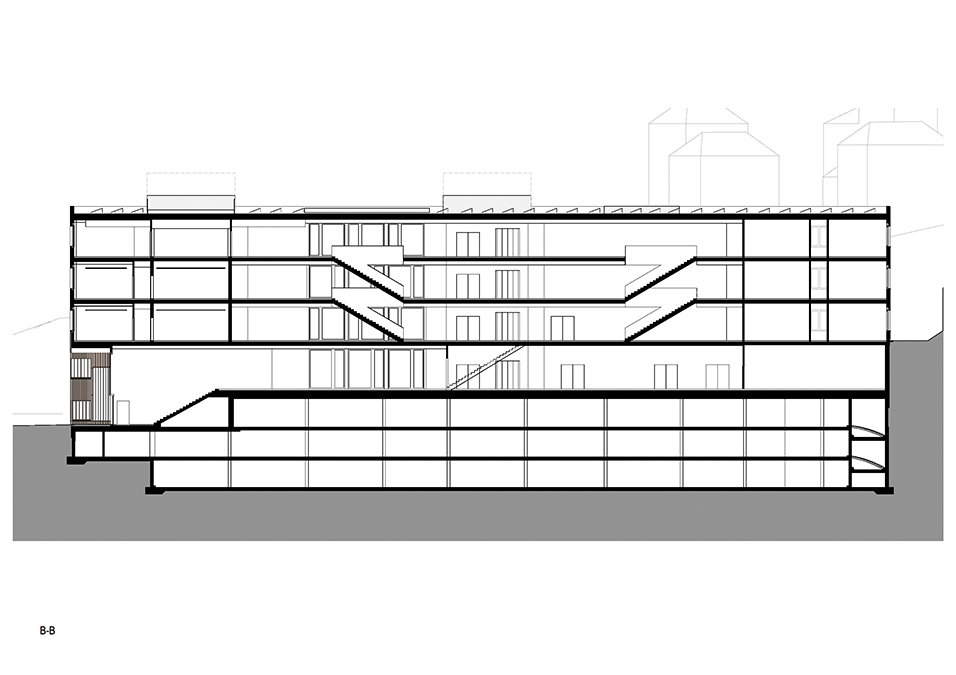 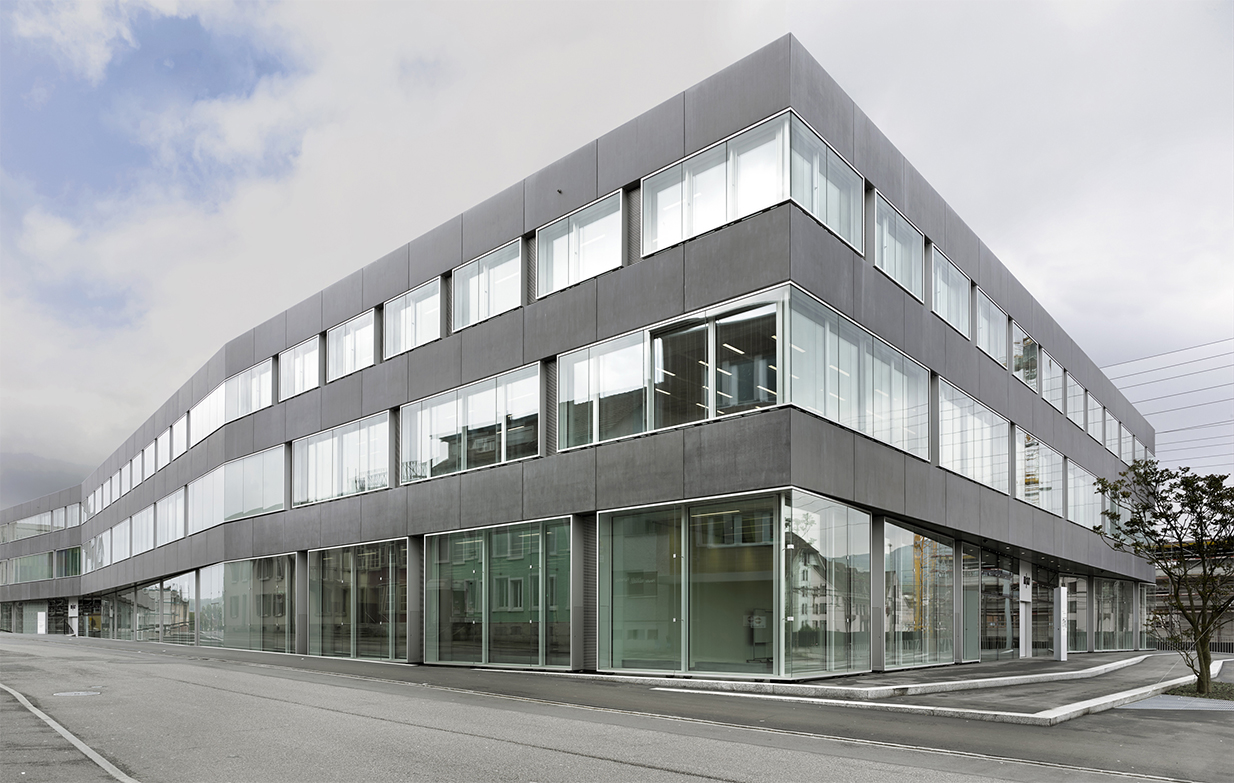 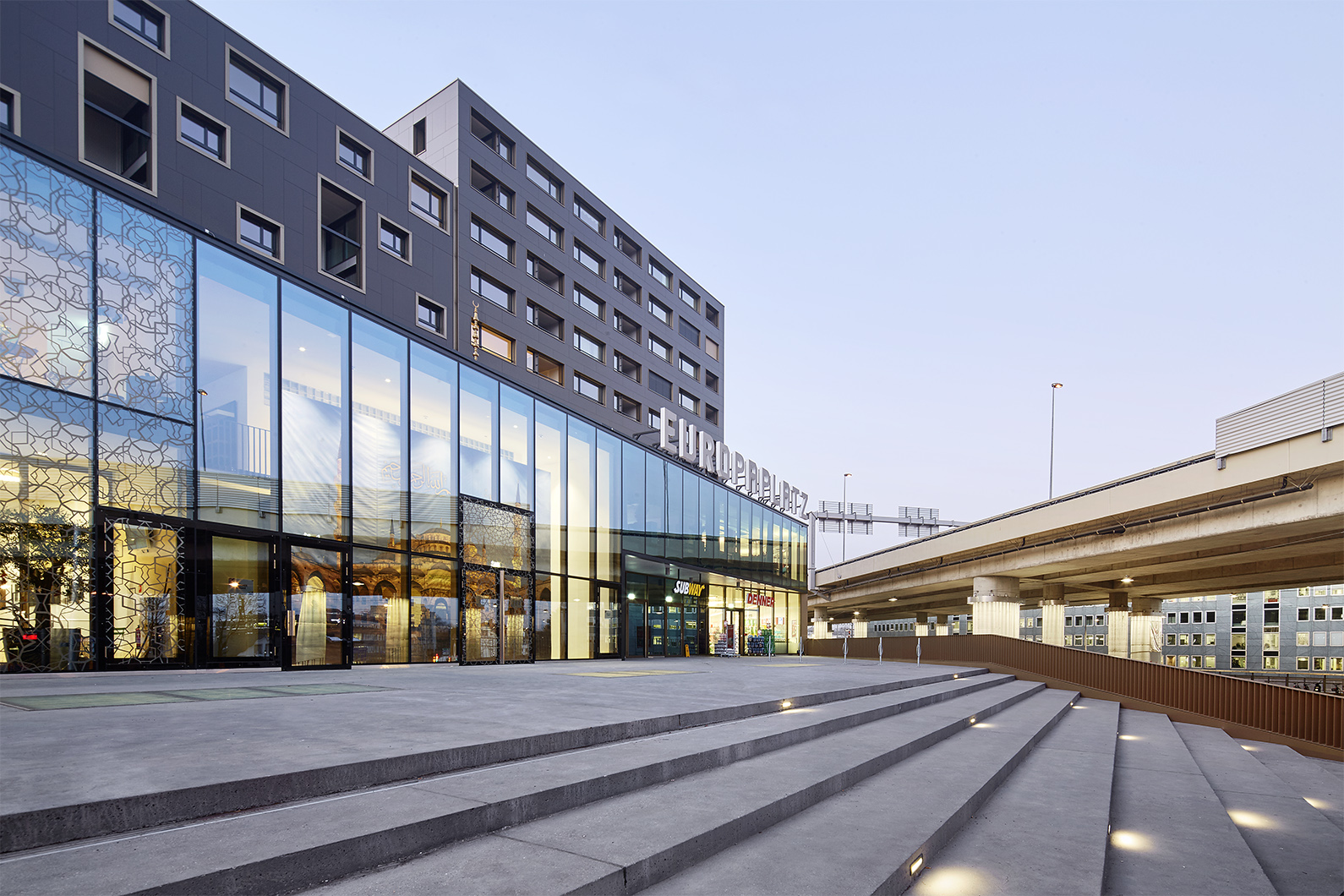 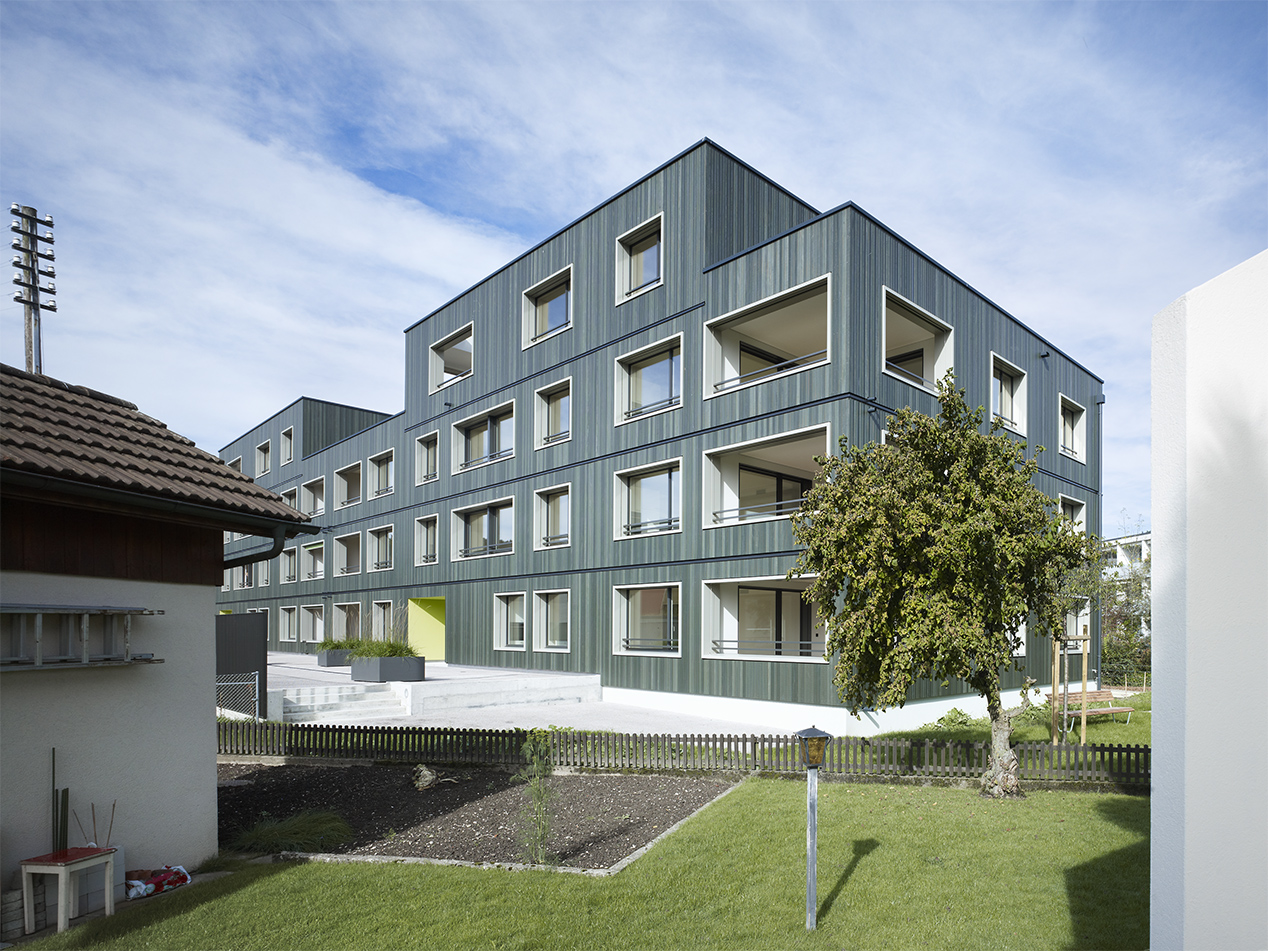 The office Bauart Architects and Planners Ltd is based in Bern, Neuchâtel and Zurich and was founded in 1987. Today it has around 60 employees, including almost 40 architects. Willi Frei, Raffael Graf, Stefan Graf, Peter C. Jakob, Emmanuel Rey, Yorick Ringeisen and Marco Ryter are the seven partners of the office.
FOLLOW
MESSAGE

Microcity, a research centre for microtechnology in Neuchâtel, Switzerland by Bauart.