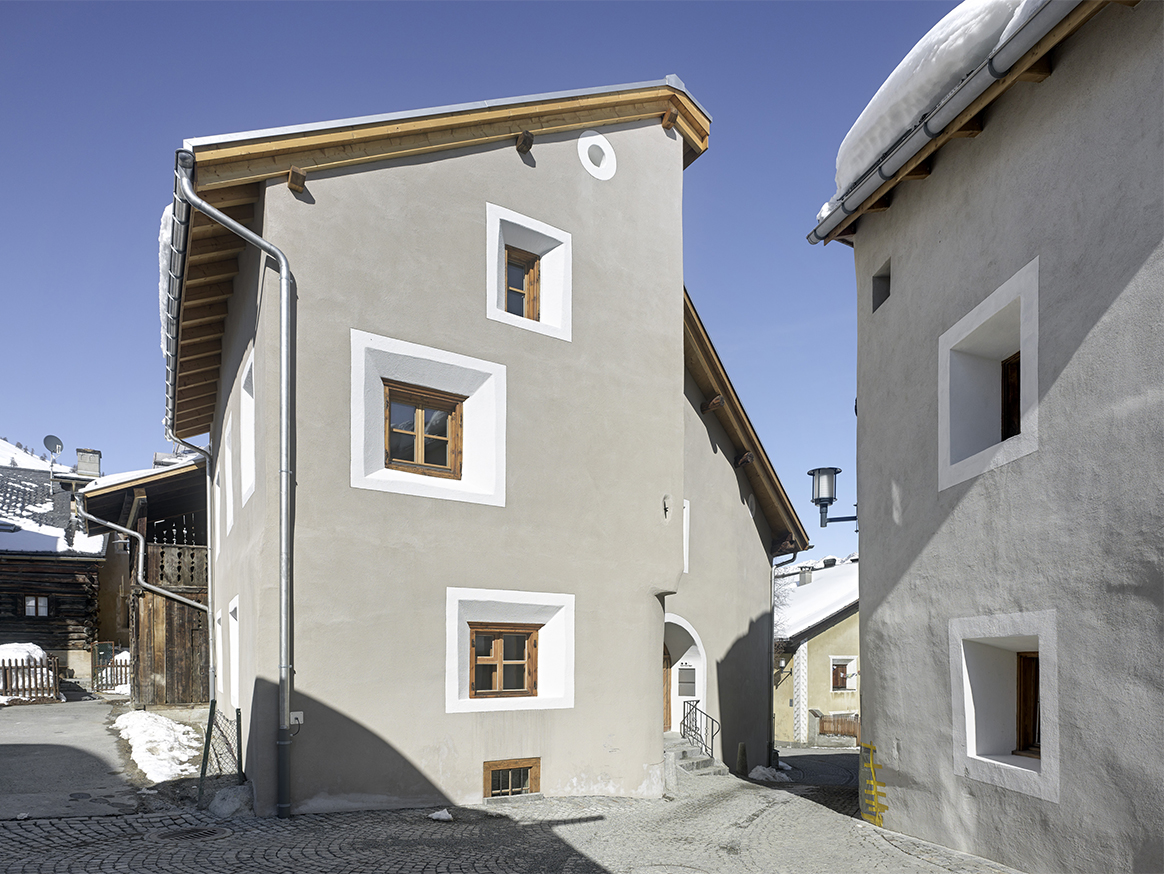 Renovating and repurposing existing buildings will be even more important in the future in order to be able to reduce the use of energy and the environmental impact of the building park to a desirable extent. Unlike new buildings to replace old ones, the renovation of existing structures is often the more socially compatible solution and can help to use or retain the identity-forming genius loci. 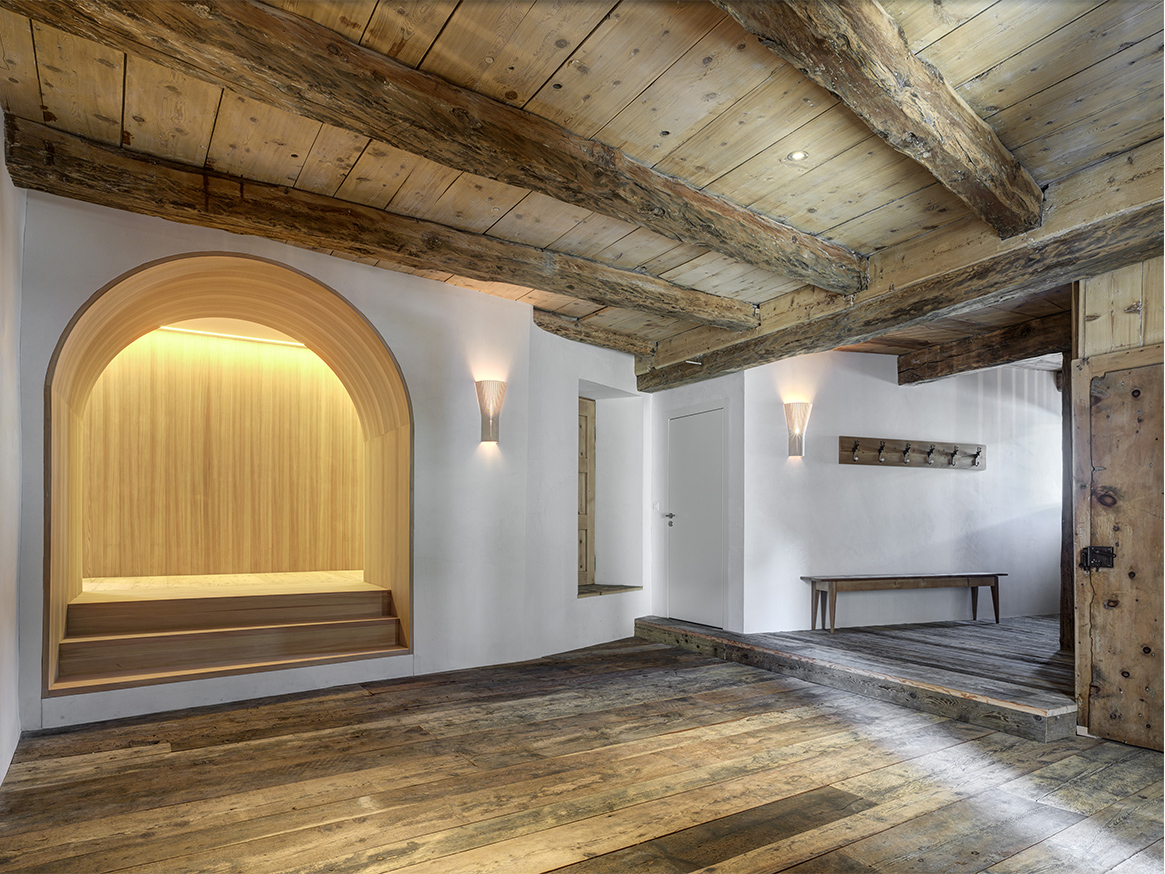 The Chesa Crameri in Zuoz, a typical farmhouse in Engadine, covers the entire spectrum of renovation strategies—from the integrated preservation of individual building components to the addition of new elements—whereby respect for the historical building and the requirements stipulated for protecting the overall appearance of the site constituted the framework conditions. 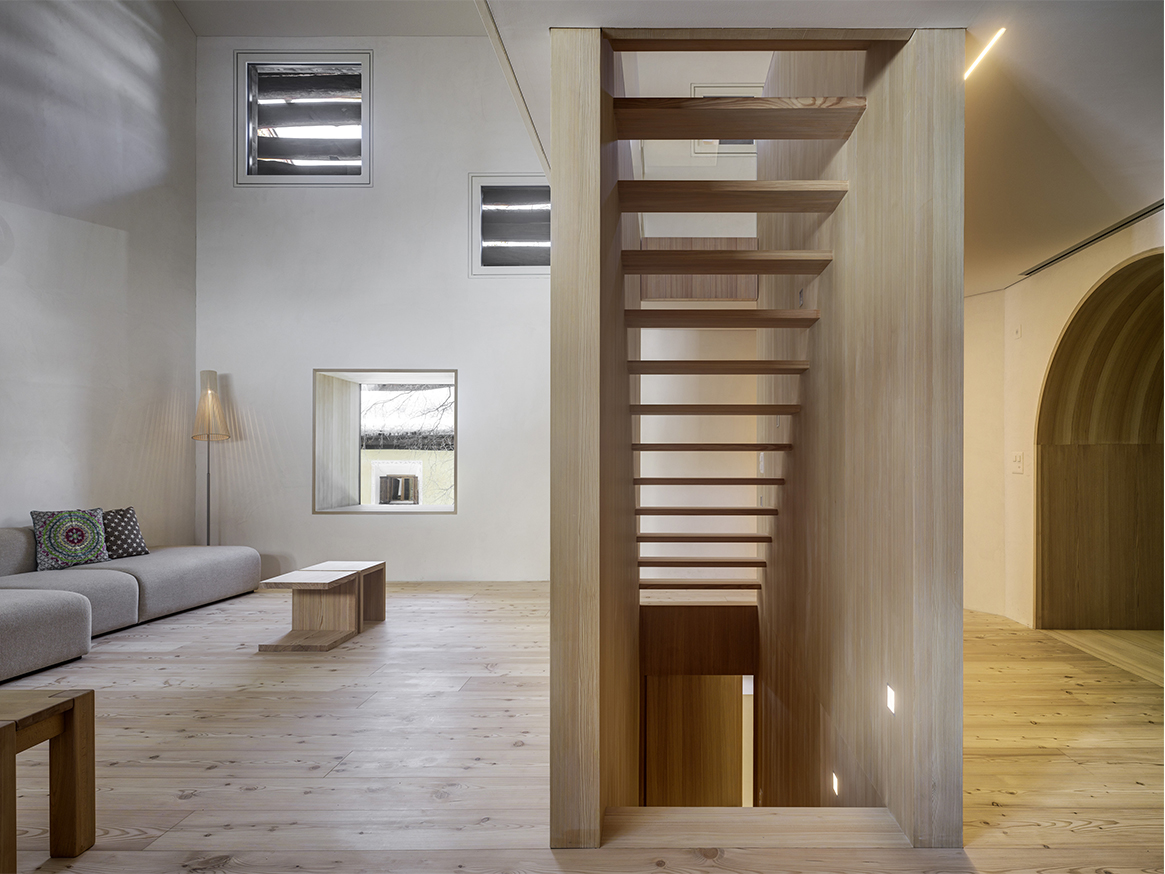 The challenge was to come up with a symbiotic answer for the given parameters and frame today’s demands. The goal of the exterior interventions was to carry out renovation to reduce the building’s energy use while maintaining its appearance. The plaster on the façade was replaced, the attic was insulated, existing windows refurbished, and new windows added. Wherever possible, the existing structure and original materials were kept or restored. New elements were carefully added. 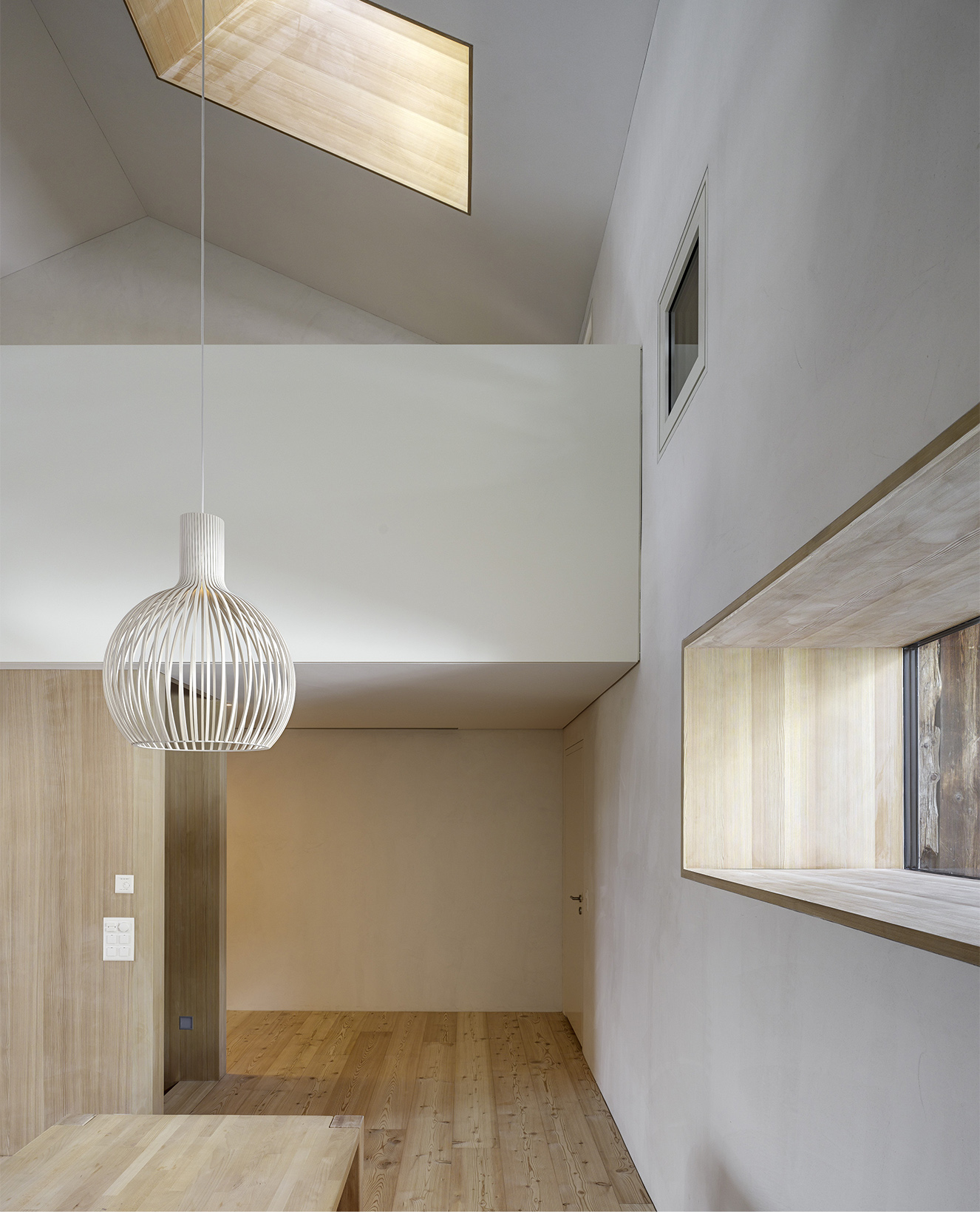 The living room—formerly a barn—was set up as a “house within a house,” with prefabricated wood frame elements, protected by the existing timber frame. As an intersection between the interior and exterior, two kinds of windows were formed: deep niche windows lined with larchwood make it possible the thickness of the construction palpable and offer a direct view to the outdoors. These are supplemented by windows flush right, running behind the timber frame. Besides maintaining the entire exterior, this also creates a subtle interaction of light and shadow. As a vertical connecting element, the additional, freestanding staircase creates a reference to the floors, while the horizontal connection between the massive and the wooden construction are produced with a spatial threshold, respectively, so that the intersection is explicitly expressed.
In the Chesa Crameri traditional and contemporary technology are joined to form a harmonious unit that meets today’s demands for living space and energy efficiency.
Location: Zuoz, Switzerland
Photographer: Roger Frei 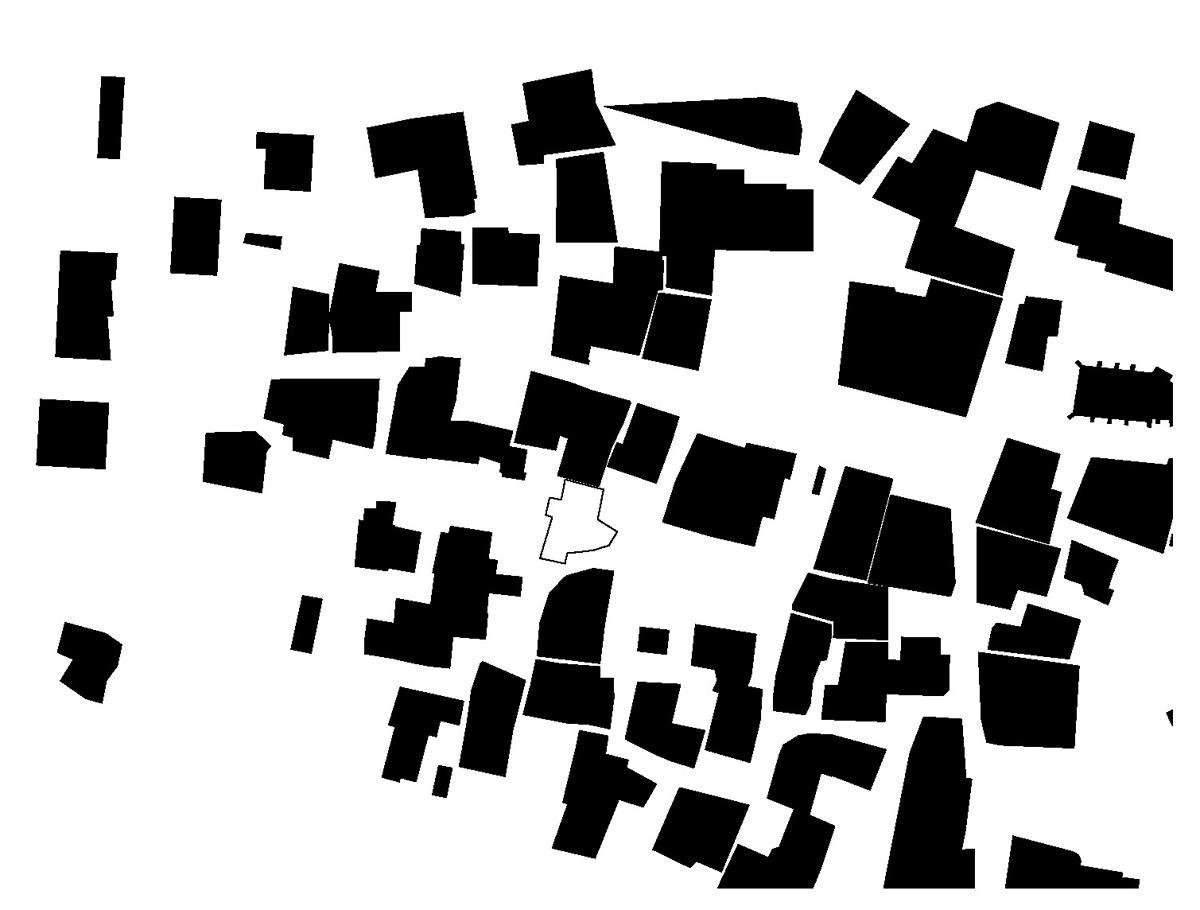 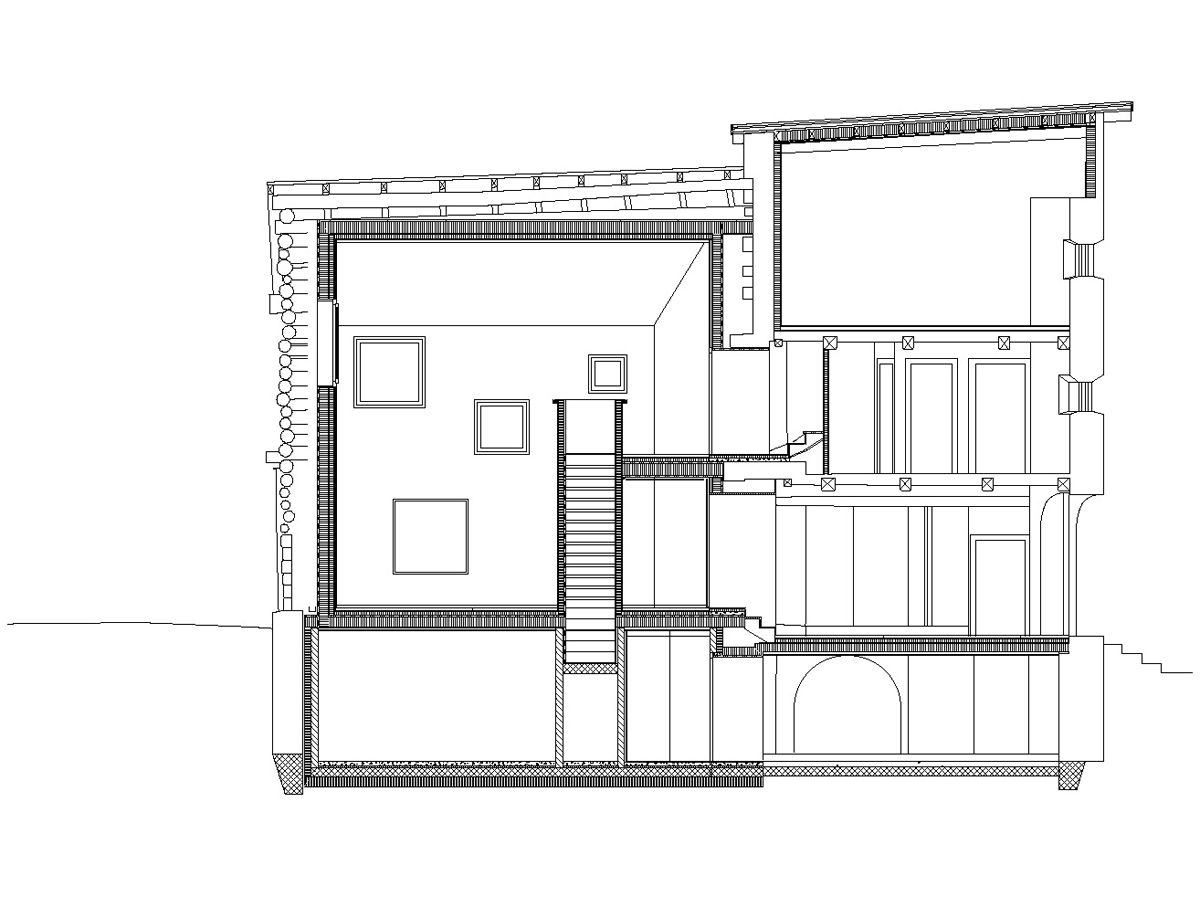 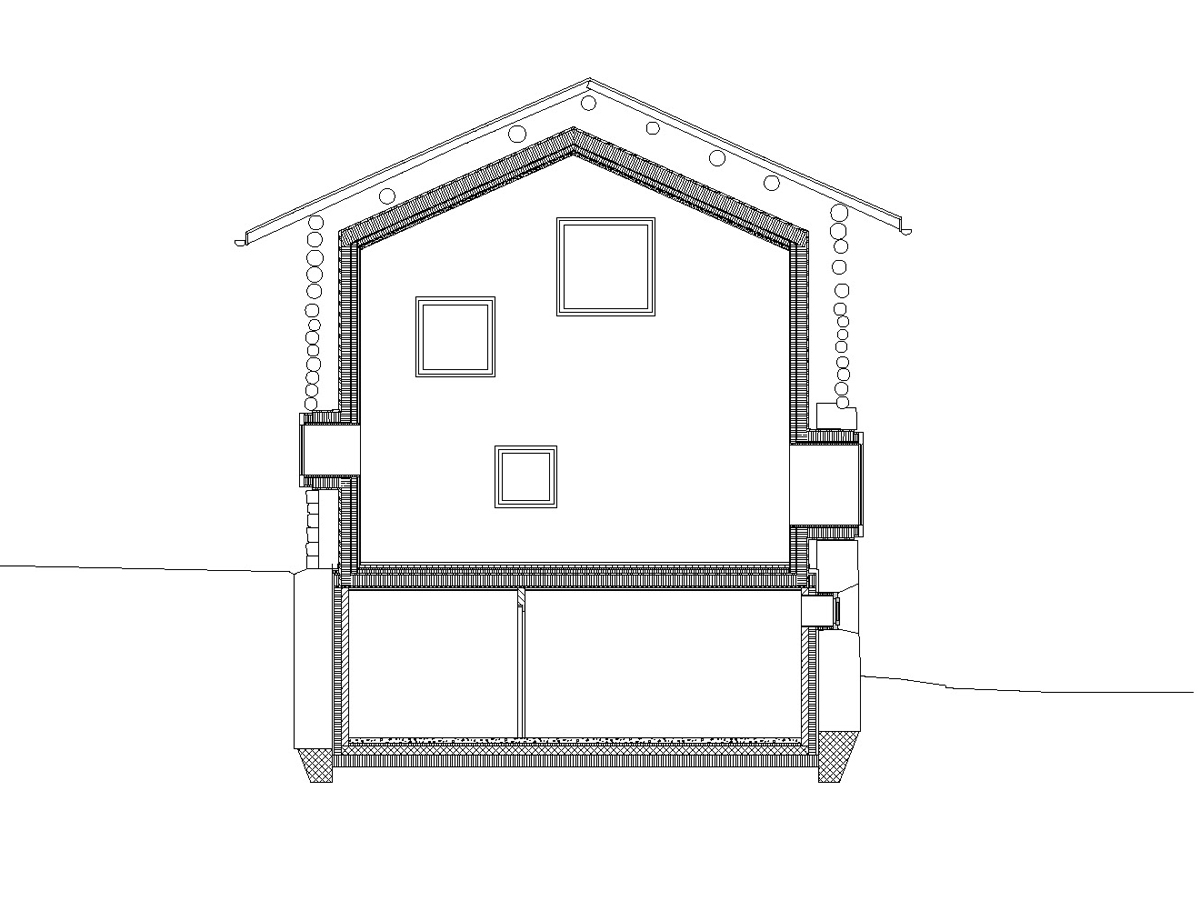 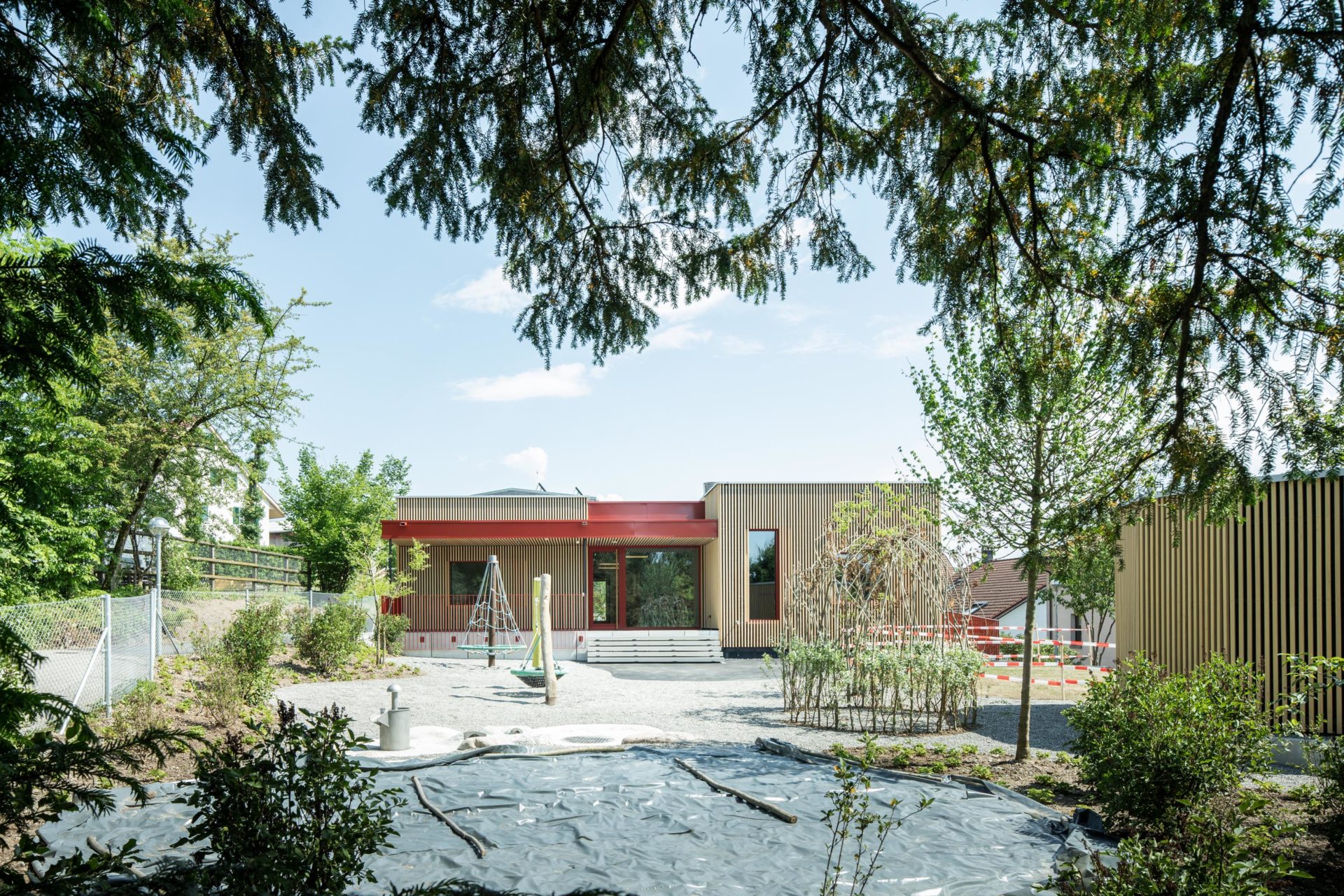 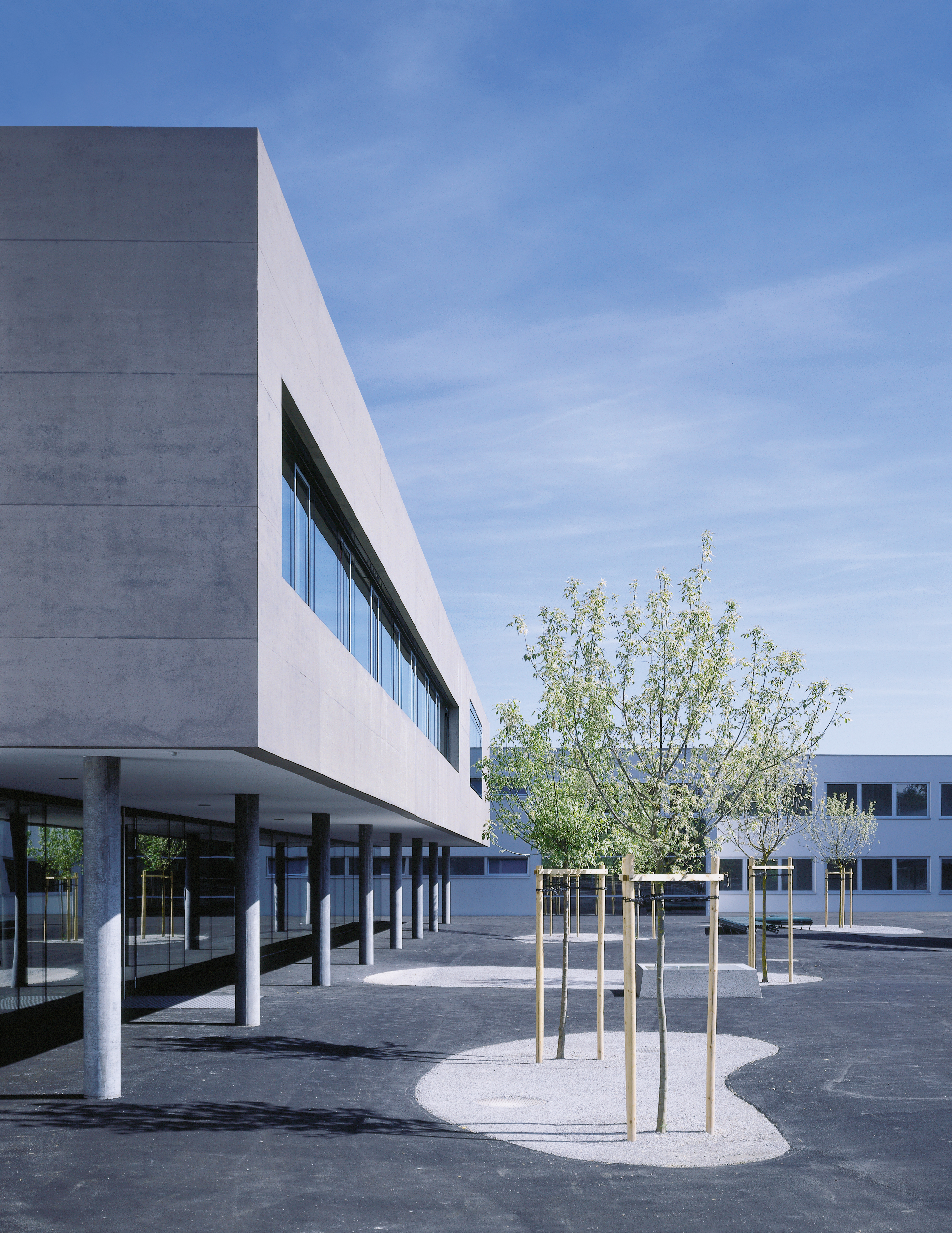 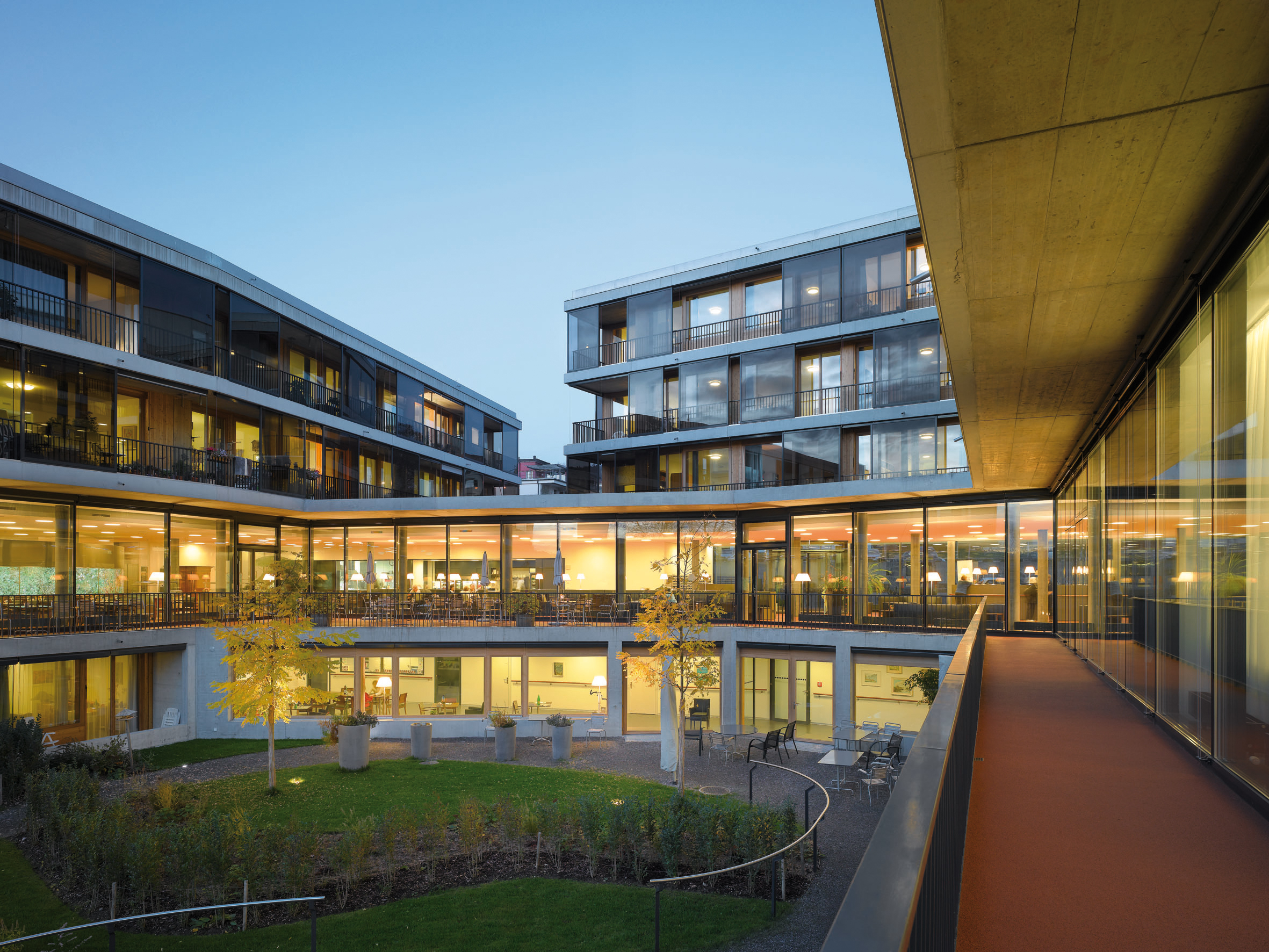 BGP stands for forward-looking architecture. Creativity and innovation are as important to us as an integrated approach to the brief in every aspect of sustainability: social, ecological, economic and the energy balance. We aim to take the entire lifecycle into account in producing architecturally outstanding and sustainable buildings.
FOLLOW
MESSAGE