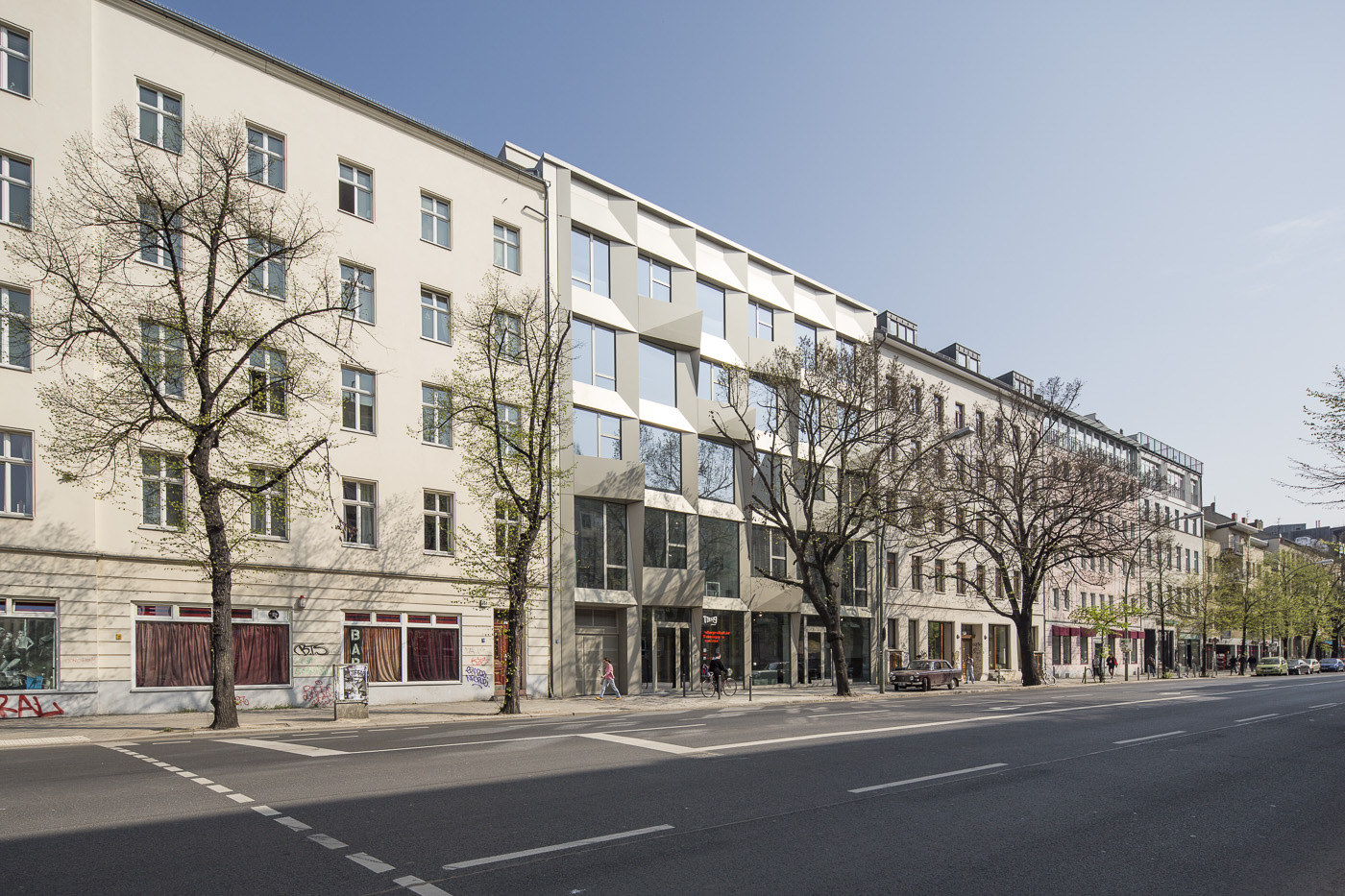 A new apartment building is being developed in Berlin-Mitte. Boldly designed, innovative and elegant. An avant-garde building sculpture in the heart of Berlin between bourgeois generosity and modern transparency. The building stands out due to the prismatic relief of its aluminum façade, the light and spatial sculpture in the lobby and the intelligent space allocation plan of the split-level apartments. 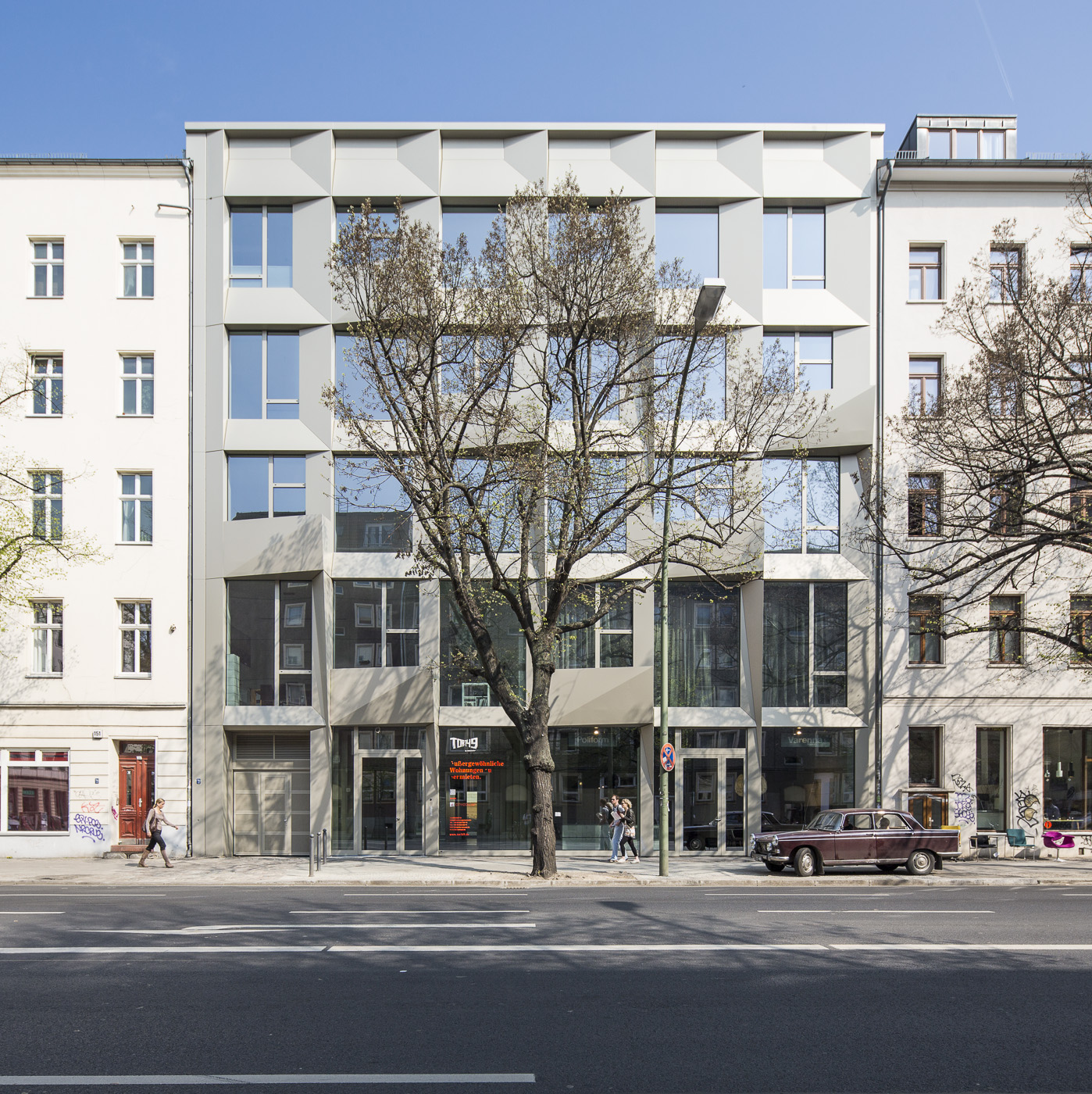 The innovative façade of Tor149 is one of the extraordinary visual highlights. Its crystalline surface reflects the sky over the city – and changes its appearance depending on the exposure of light. A special effect of light and shadow appears when you walk by the building, caused by its material and the faceted façade elements which capture the light in different ways. Thus, the façade transforms the qualities of stucco work and historically adopted proportions of conventional front openings into a new look. 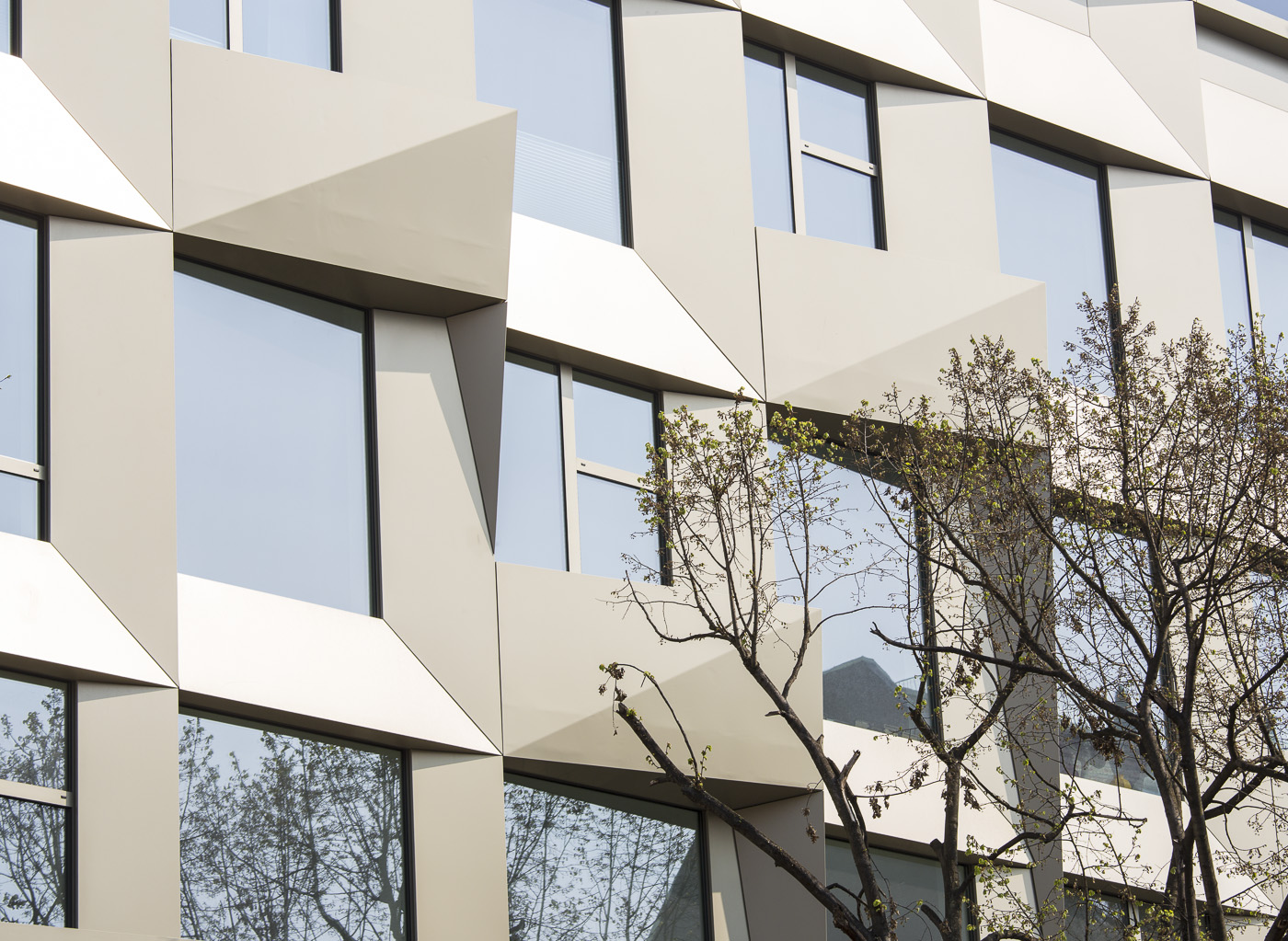 The house is a conciliatory gesture towards the emotionally charged atmosphere of Berlin’s style discussion which stands for the persisting tense between nostalgia and experiment. In the design for TOR149 historic heritage and urban context are neither neglected nor copied. It is rather about the continuation of Berlin’s story – and above all, it is a departure of Berlin’s curiosity into a home in the future. 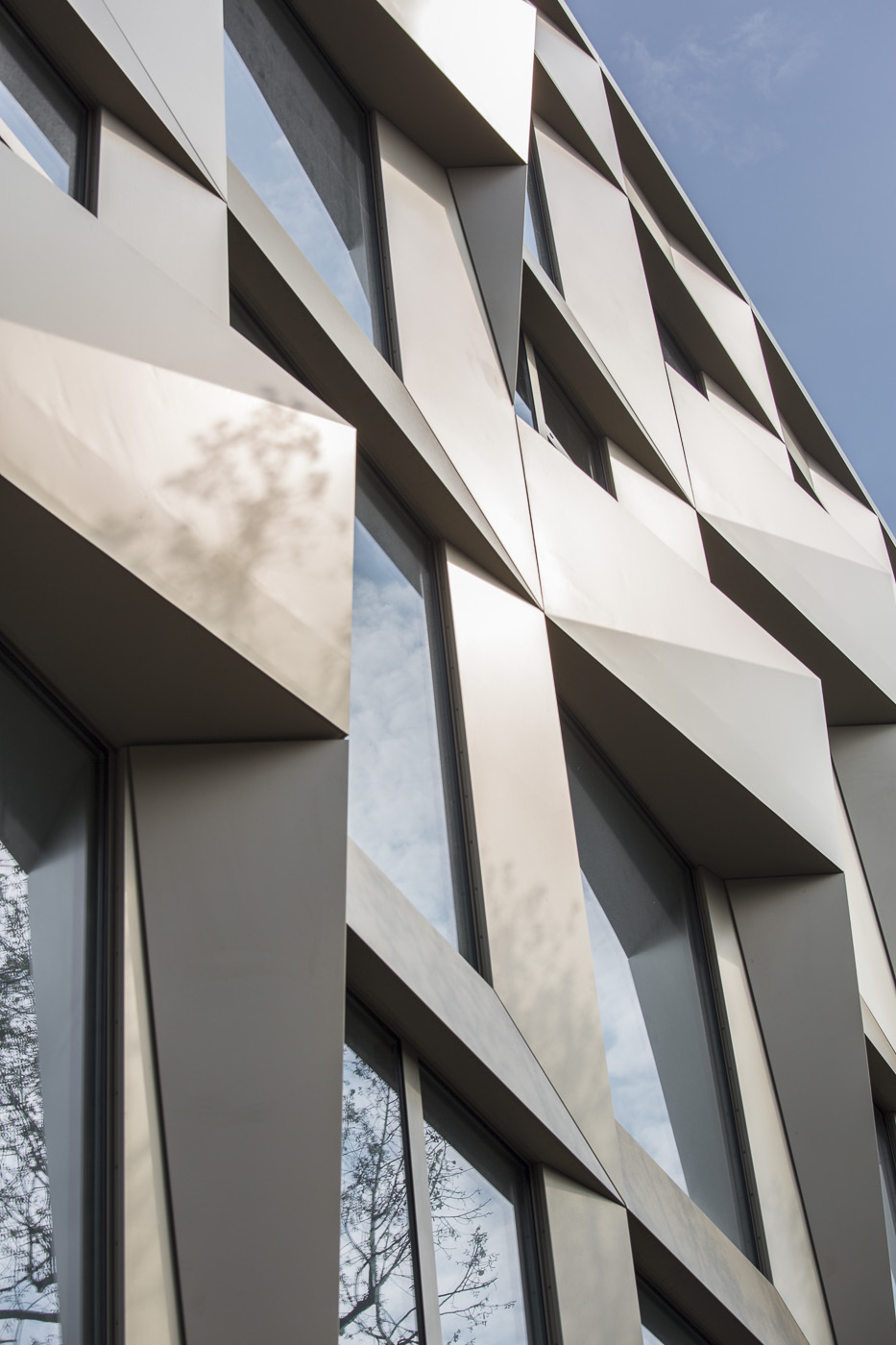 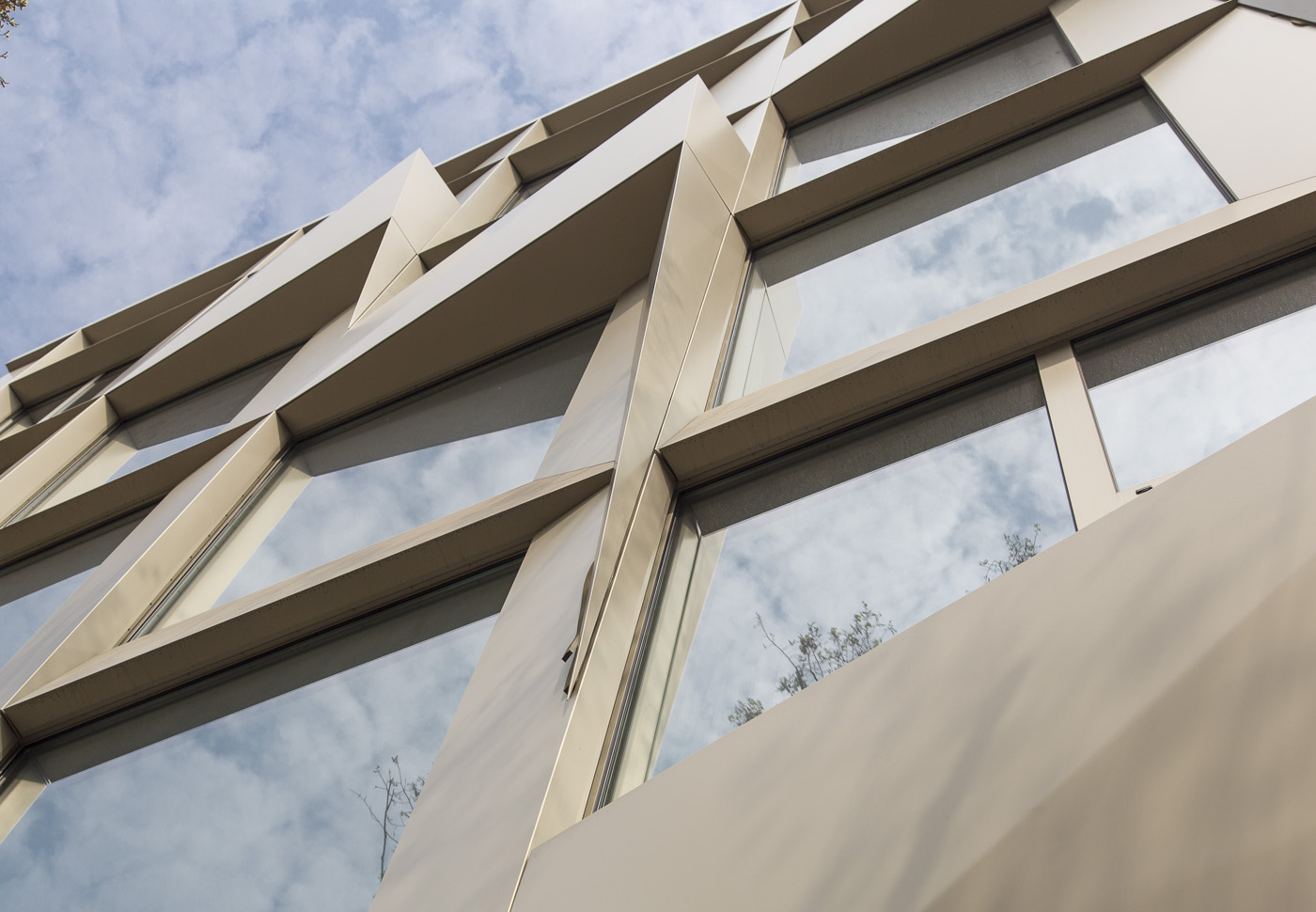 Instead of a classical façade, where the relief has its symmetry in the front, the prismatic relief of Tor149 is twisted towards east. In this slight bend of Torstraße, this causes the visual effect of the building seemingly “looking” in both directions. Coming from east, the effect of the triangulated surface is sharp and narrowed, but approaching the building from Friedrichstraße, it optically seems wide and sharp. So the pedestrians’ impression is – due to the different ways of convergence – oscillating between a contemporary transparency and a closed façade of the Gründerzeit. 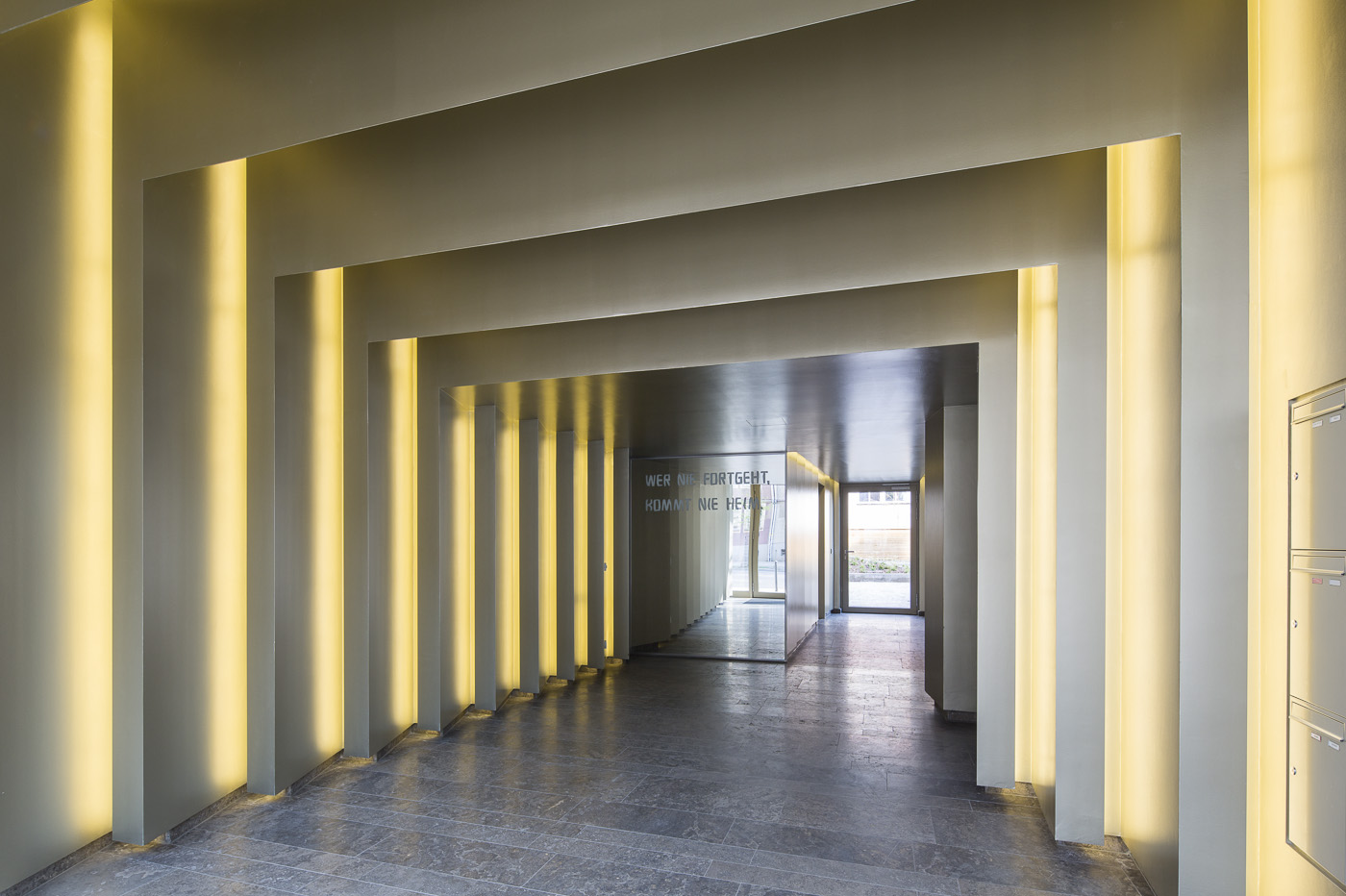 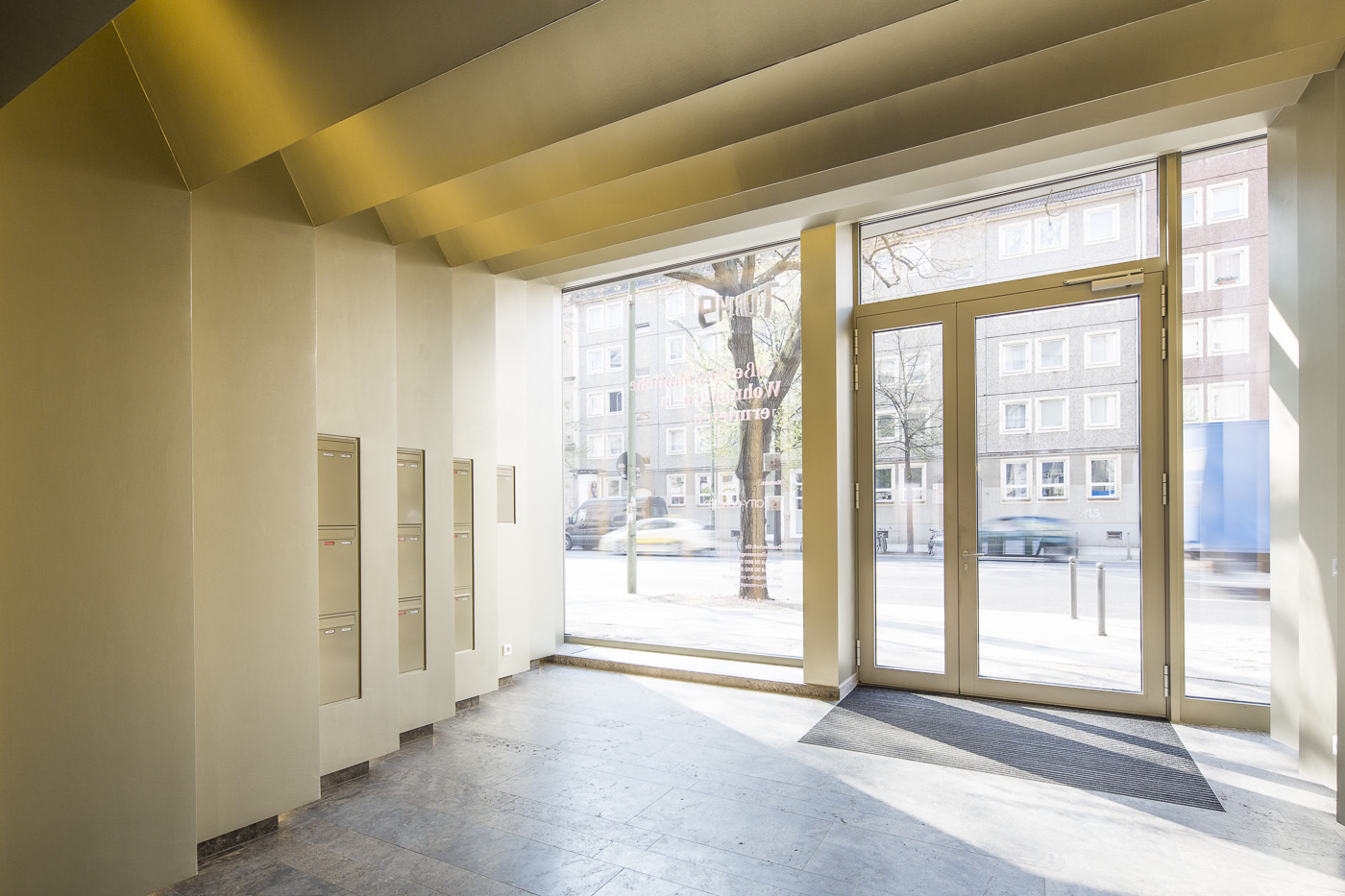 Tor149 makes a new built contribution to the planning of Berlin’s public
spaces. Referring on the one hand to the traditions and the desire for a
solid urban identity, positions of the future are on the other also
fetched back to this cosmopolitan city. 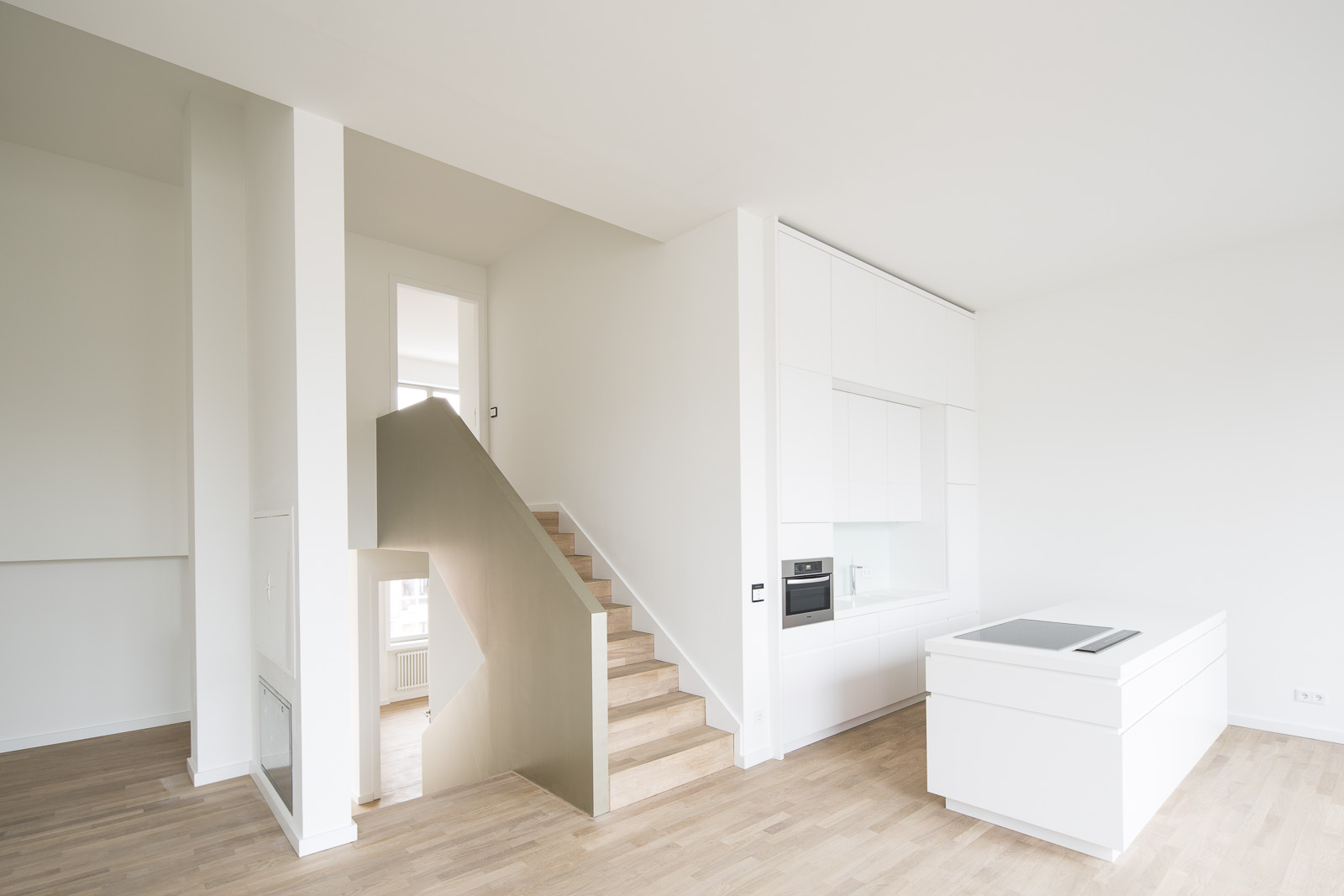 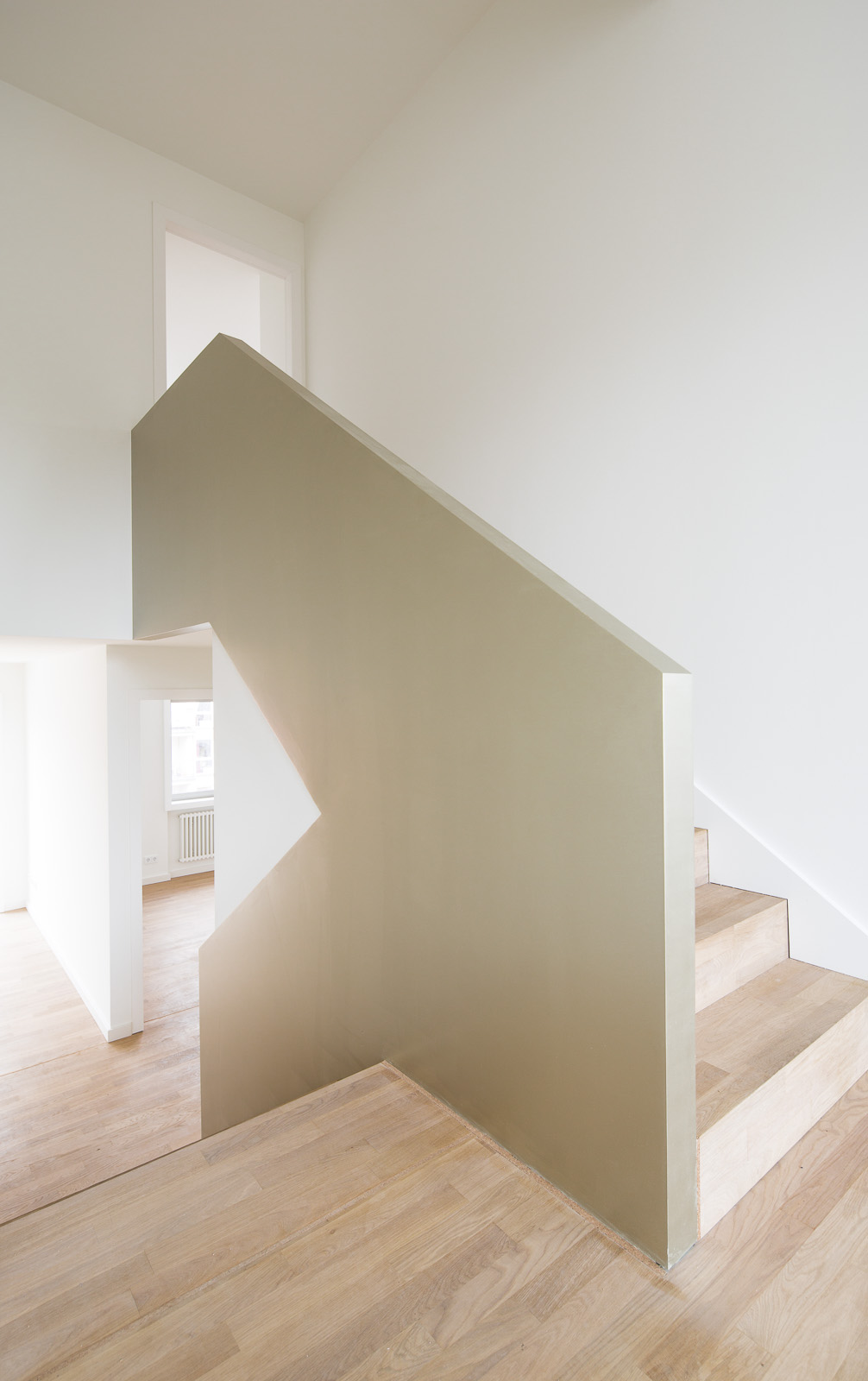 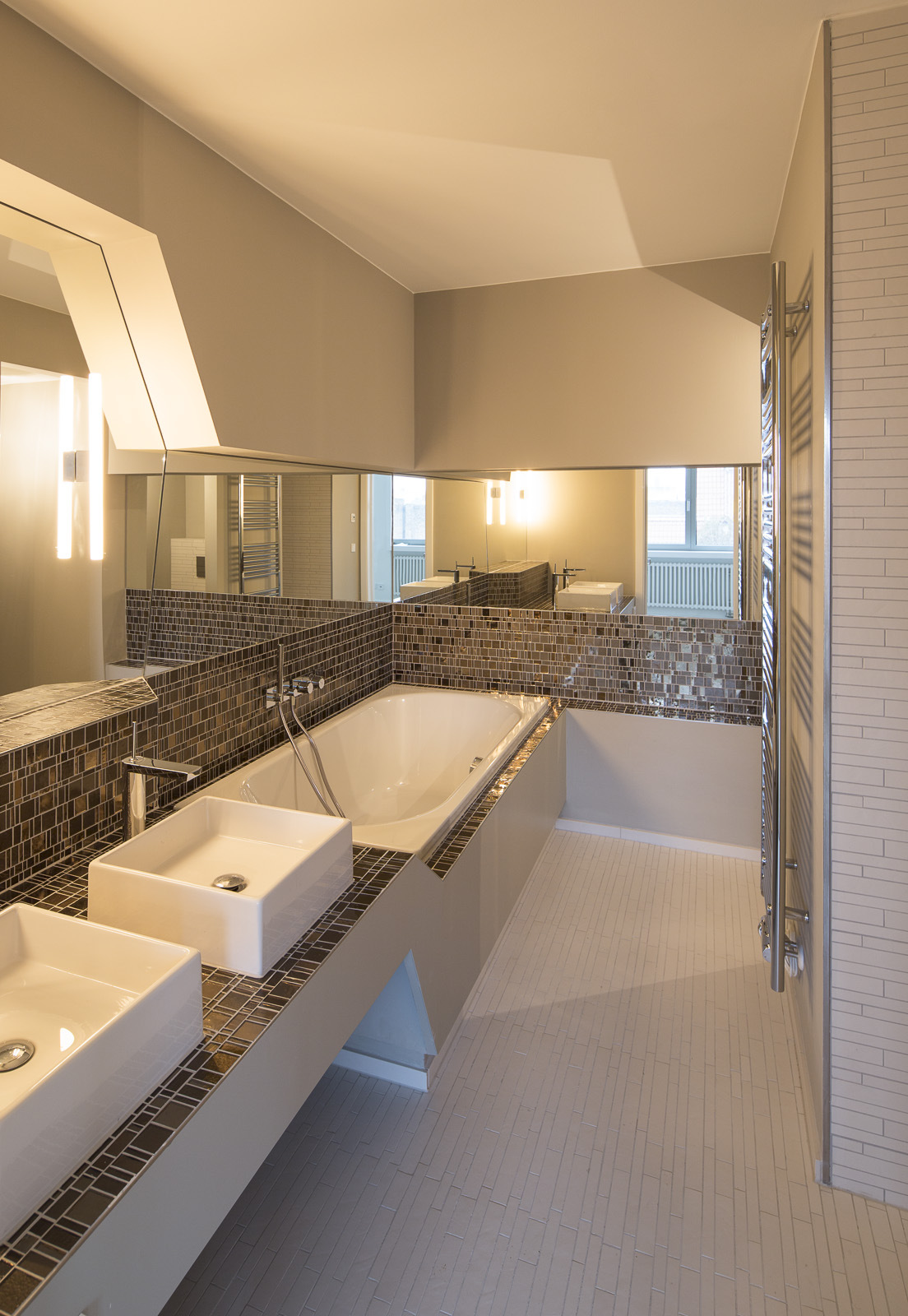 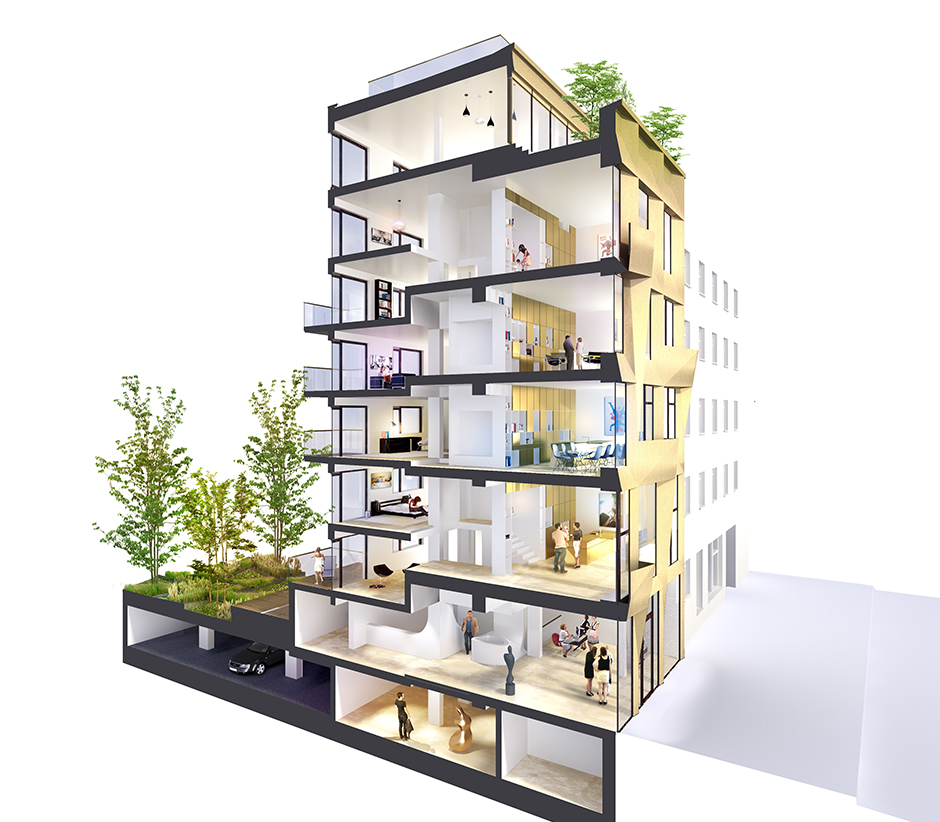 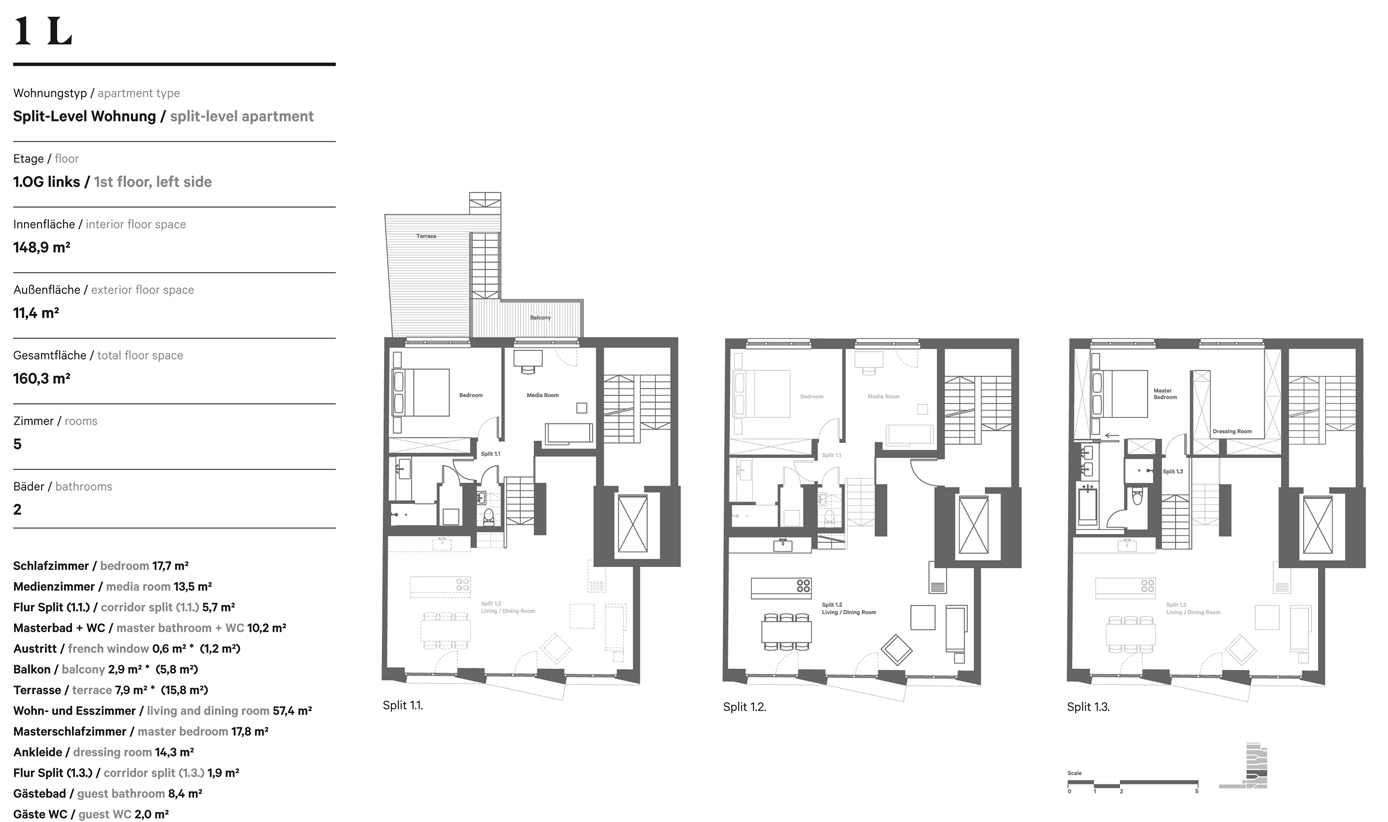 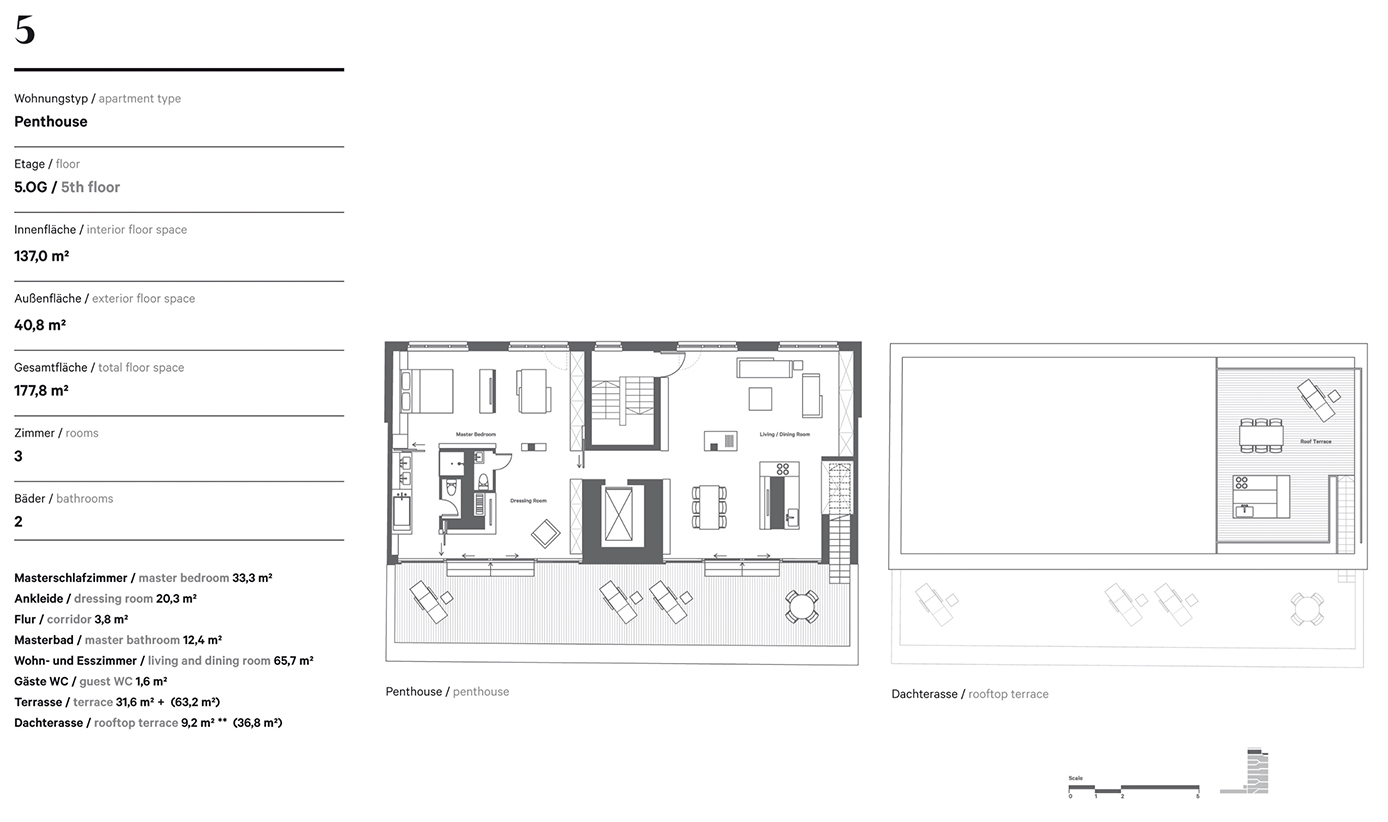 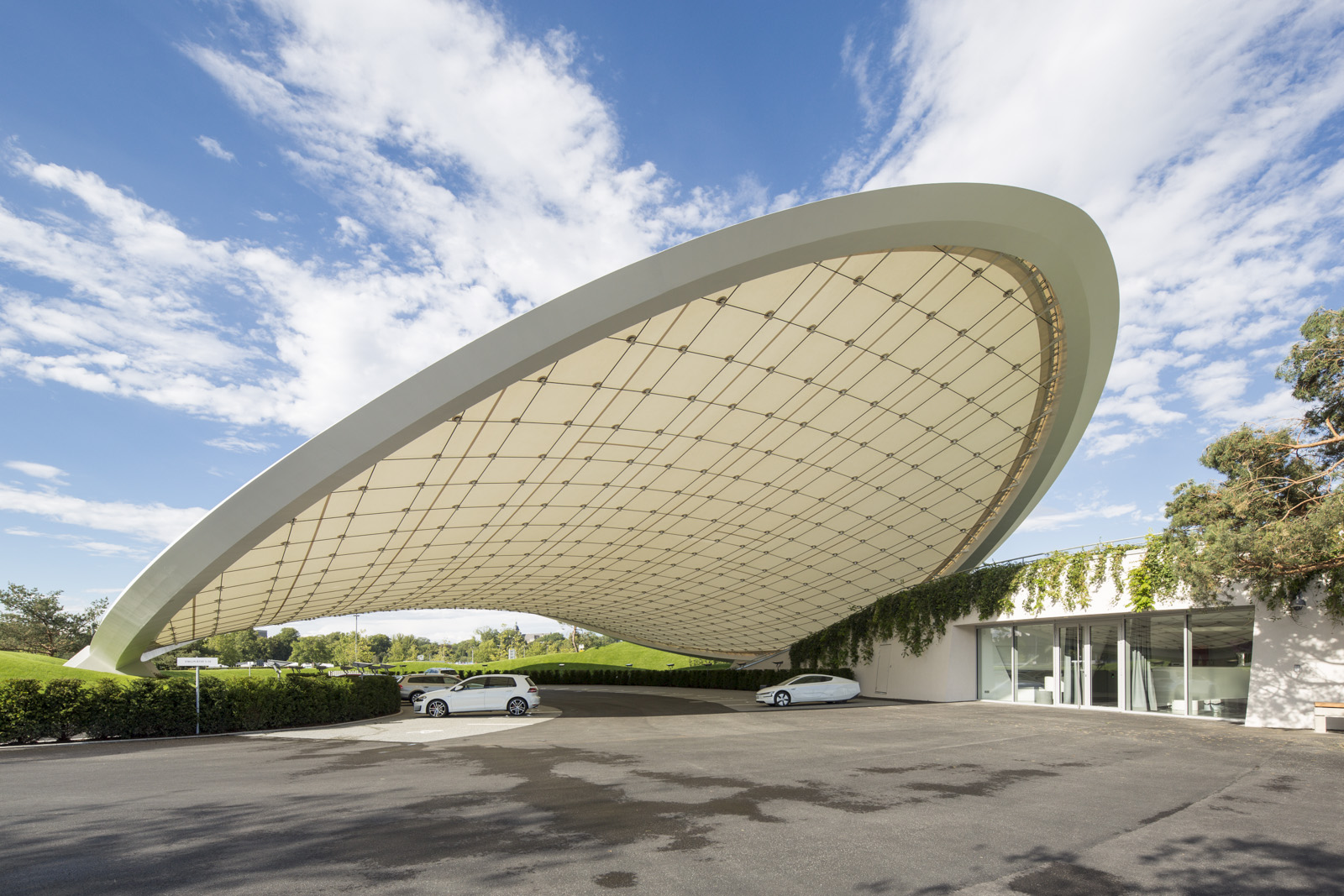 A new apartment building in Berlin-Mitte by GRAFT.