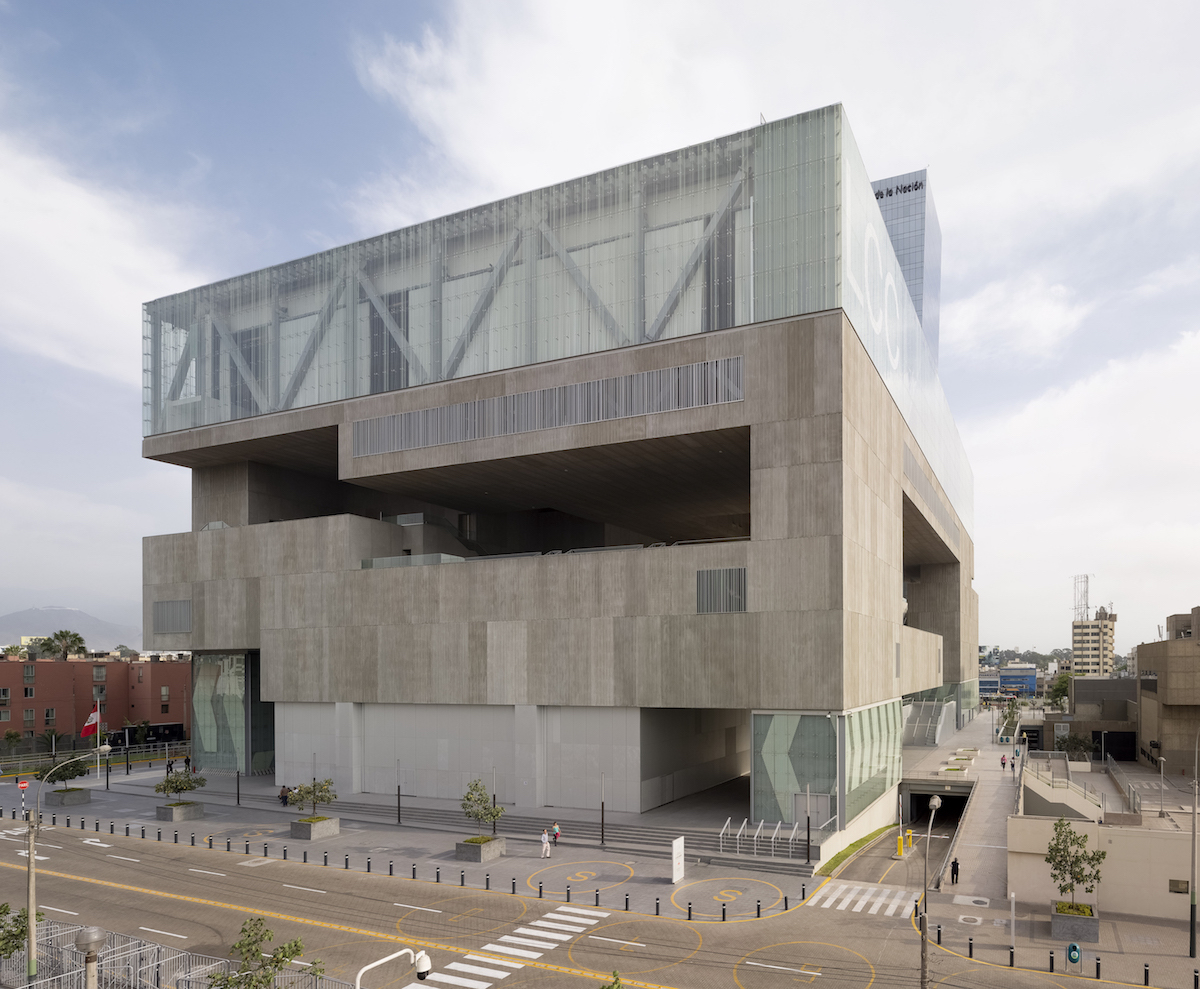 The project and construction of the Lima Convention Centre (LCC) is contextualized by the agreement between the Peruvian State and the World Bank and the International Monetary Fund to hold in Lima the 2015 Board of Governors. The Peruvian State saw this event as an opportunity to extend and improve the congressional infrastructure available in the capital of Peru. 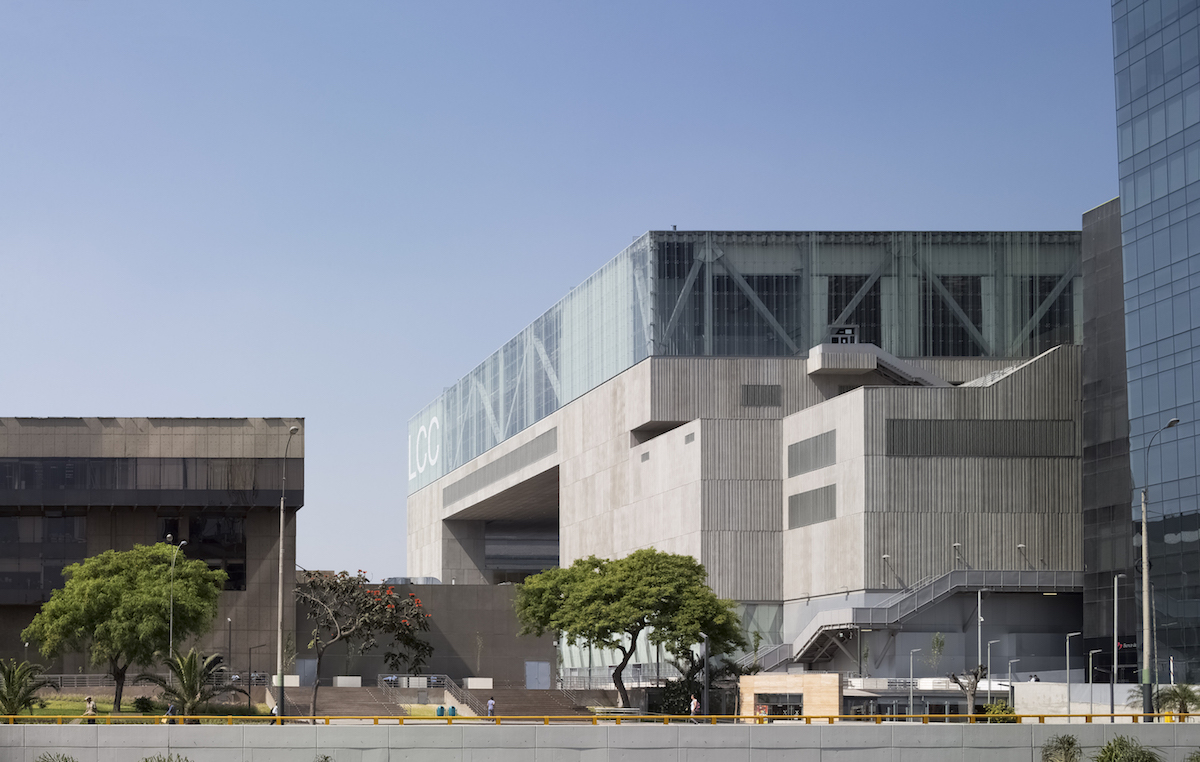 Strategically located in the Cultural Centre of the Nation (CCN) – next to the National Museum, the Ministry of Education, the new headquarters of the National Bank or the Huaca San Borja – the design of the LCC was to satisfy four strategic objectives: being a cultural and economic motor for the country, representing a meeting place at the heart of the city enrooted in the collective Peruvian culture, turning into a unique, flexible and technologically advanced architectonic landmark and finally, triggering the urban transformation of the CNN and its surroundings. 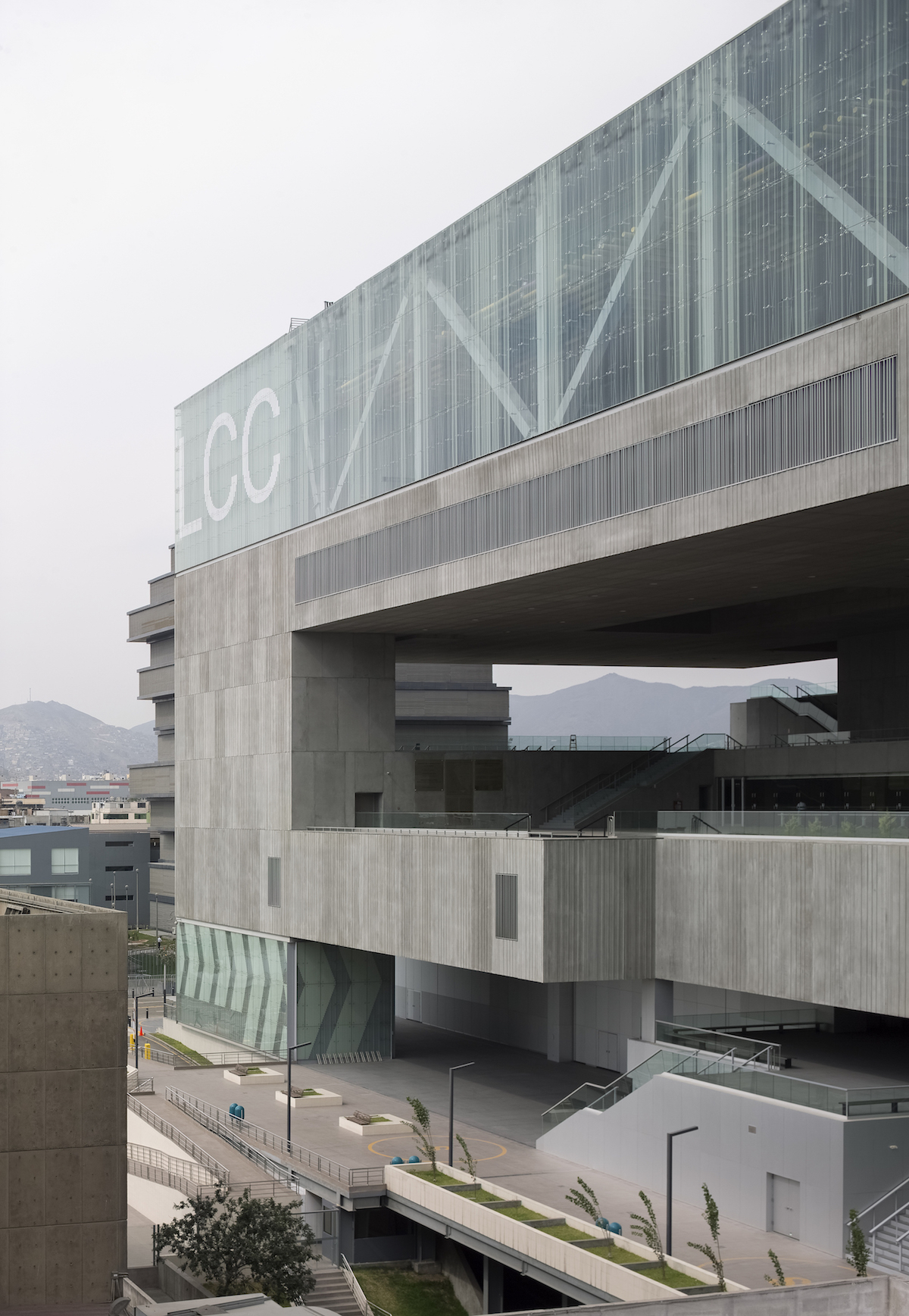 The near 15,000 m2 of net area correspond to the 18 multipurpose convention halls, their sizes and proportions varying from 3,500 m2 to 100 m2, which allow for up to 10,000 people to attend simultaneous events. The rest of the programme is completed by four underground car-park floors as well as several uses above ground that complement the conference rooms. These would include areas for translation and general management of the centre, stockrooms and toilets, workshops and areas for maintenance and material distribution, kitchens and dining areas, exhibition halls, cafeterias and relaxation areas. This all generates a total built up area of 86,000 m2. 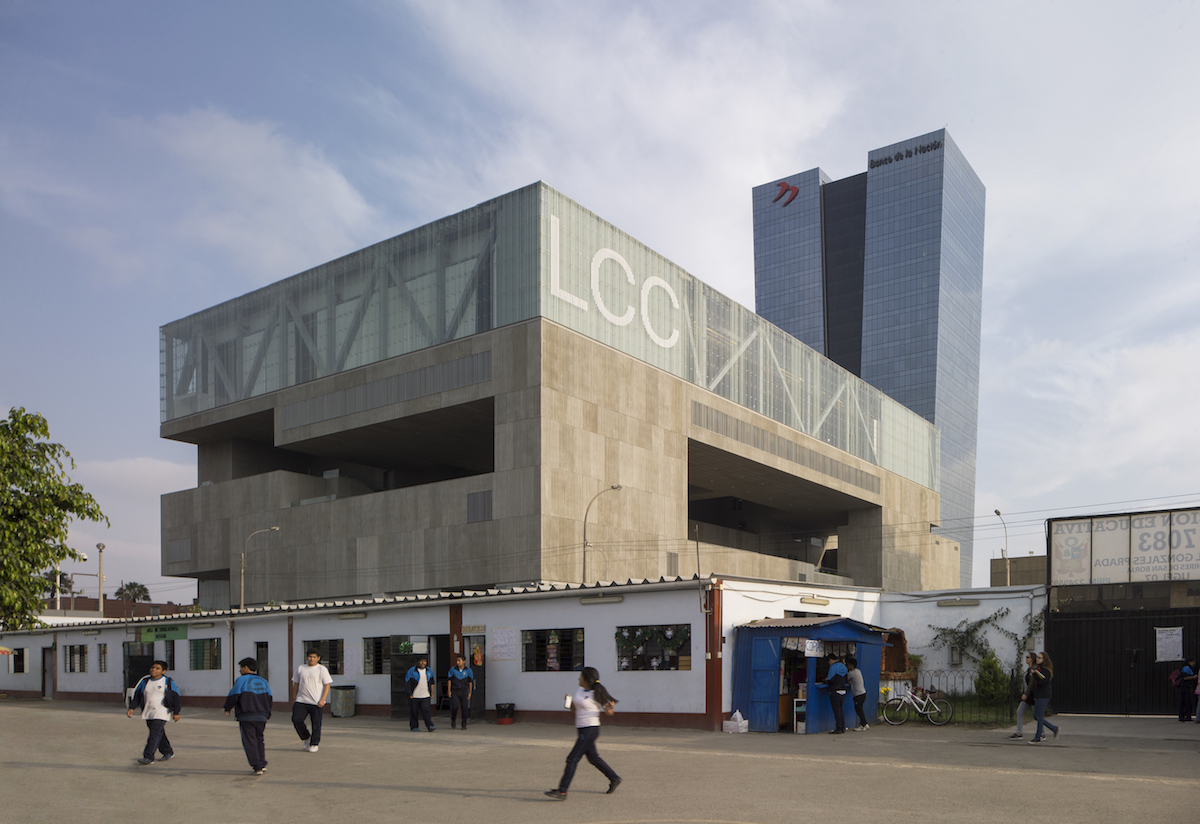 Its strategic location grants the LCC the possibility of becoming an urban landmark, thanks to its community-building capacity. Both the general implantation and the disposition of entrances and programme allow for the people of Lima to make almost the entire facility theirs with a certain degree of liberty, particularly the ground floor. In this way, the project contributes to enhance and unify the urban area of the CCN, revitalizing the current Comercio Street – natural link with the underground – and reinforcing its pedestrian and civic character, which in the near future will be baptized Culture Boulevard. 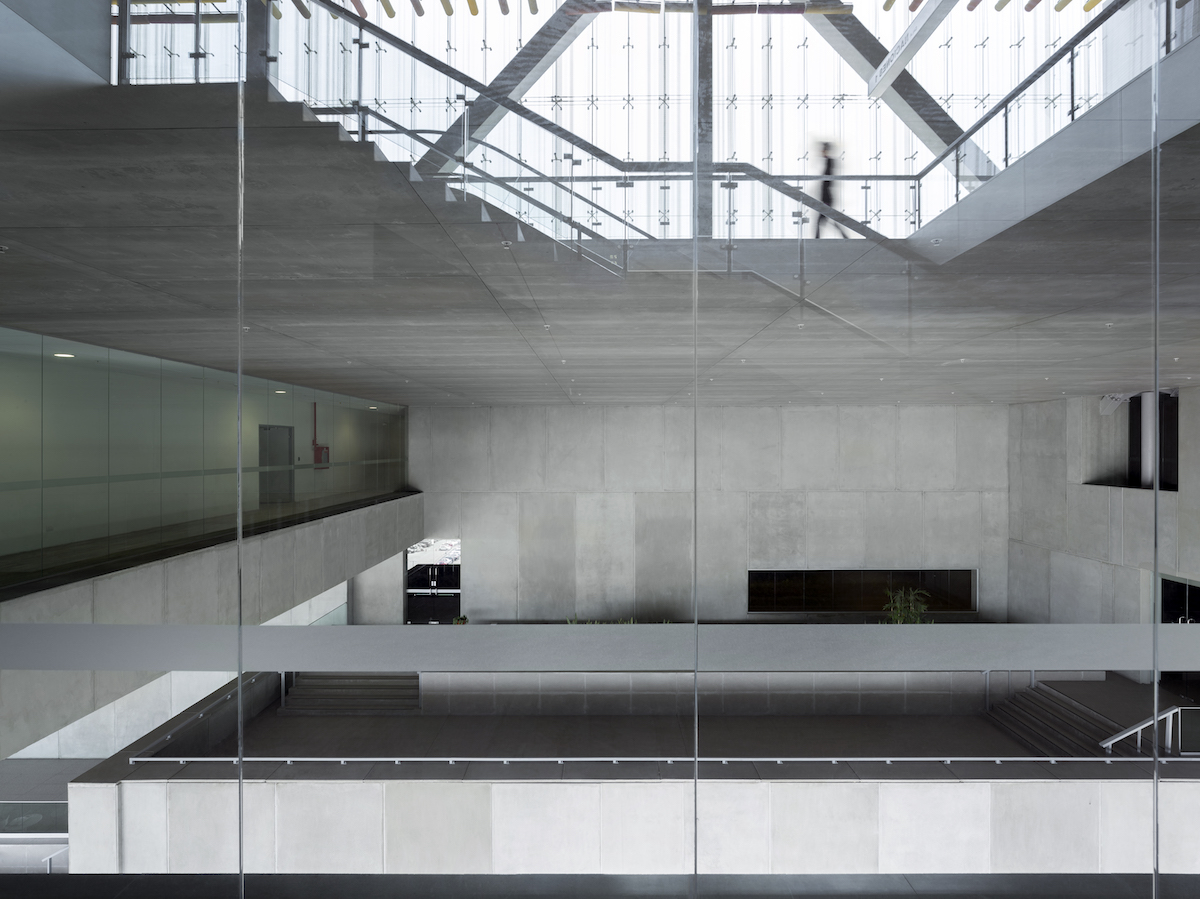 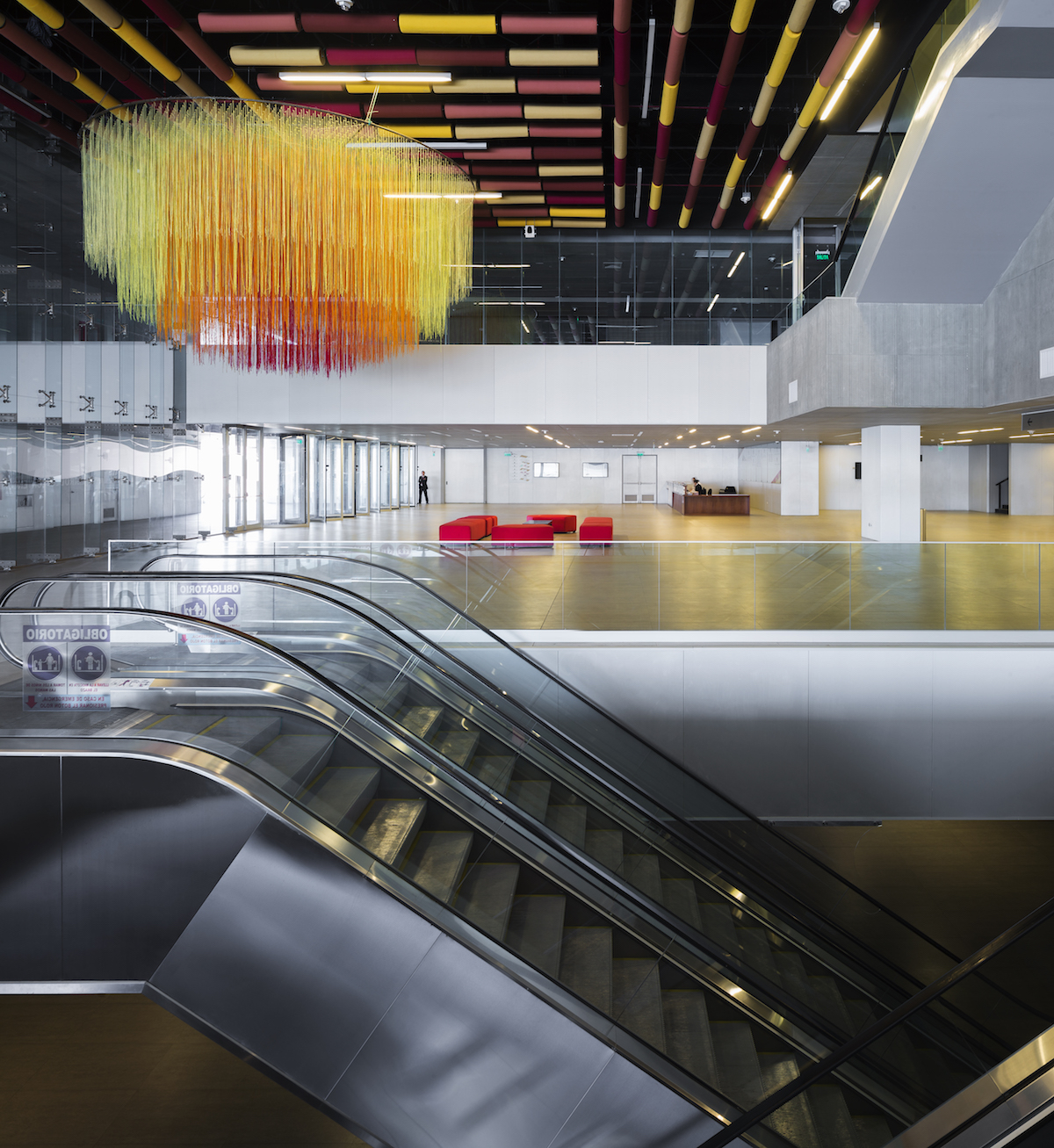 The general volume is organized into three time-physical strata clearly differentiated, symbolically related to the country’s history, time and memory:
The present is represented by the great internal void – Nation Rooms – which harbours the two transformable rooms of about 1,800 m2, one of which can open up entirely to the city by clearing its perimeter of the acoustics panels that make it up, generating a sheltered urban plaza over 2,500 m2.
The past, the heart of the project, is an outdoor area inspired by a great huaca – Lima Lounge – generated naturally by the disposition and the difference in height of the convention halls.
The future is a great vitreous volume – International Room of Nations. It’s a highly technical conventions facility which invites the rest of the world to come to Peru for its entrepreneurial capacity and its promising future.

Both the construction methods and the materials used on the different elevations of the building – glass, GRC panels and metal-sheet – have been conceived to blend in with their immediate urban surroundings, establishing a link in terms of appearance with the buildings that make up the CCN. 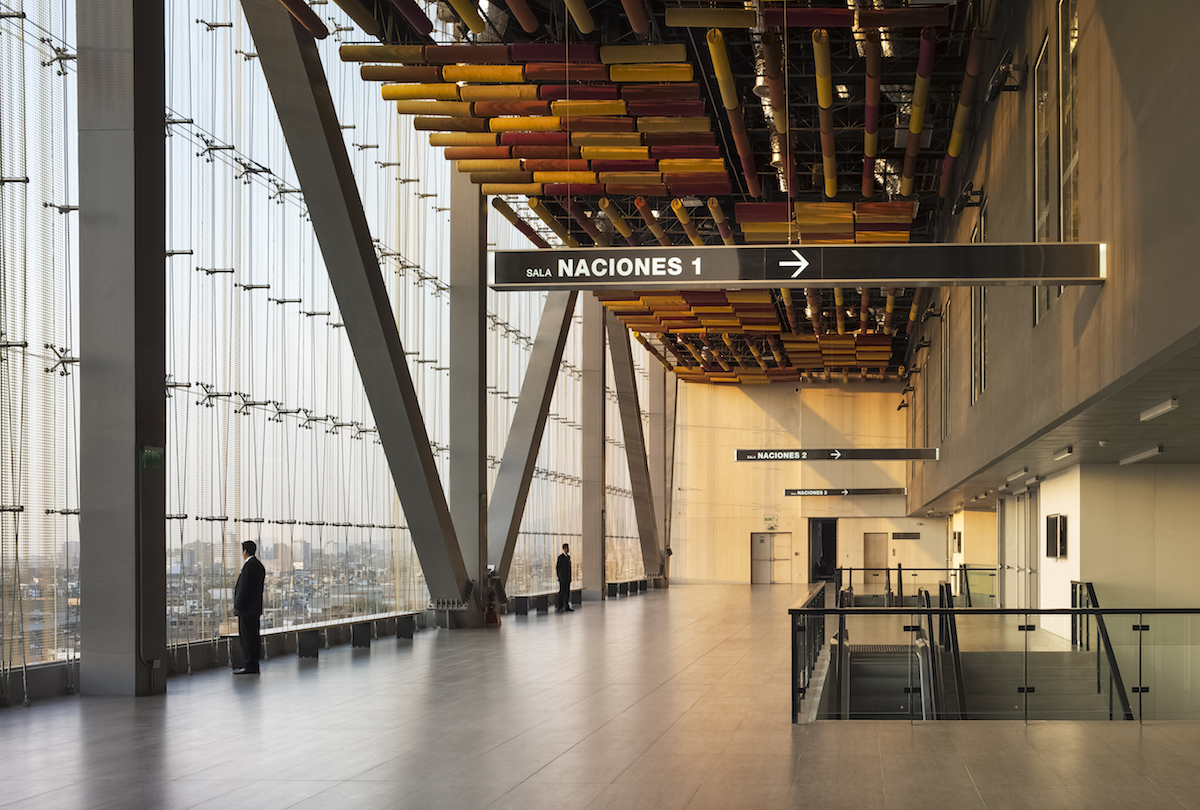 The layout of the rooms is in line with both the proportions derived from the acoustic and visual conditions and the relation between these and the public distribution spaces and the disposition of these and the terraces that overlook the city. The 1/3 ratio between the net area of the convention halls and the public circulation area – not including terraces – guarantees the correct functioning of the building. The generous proportion between the area of each room and the number of people attending the venue – 1.5 m2 per person – ensures more than enough space to put in each room both the seats and the usual coffee-break and relaxation areas. 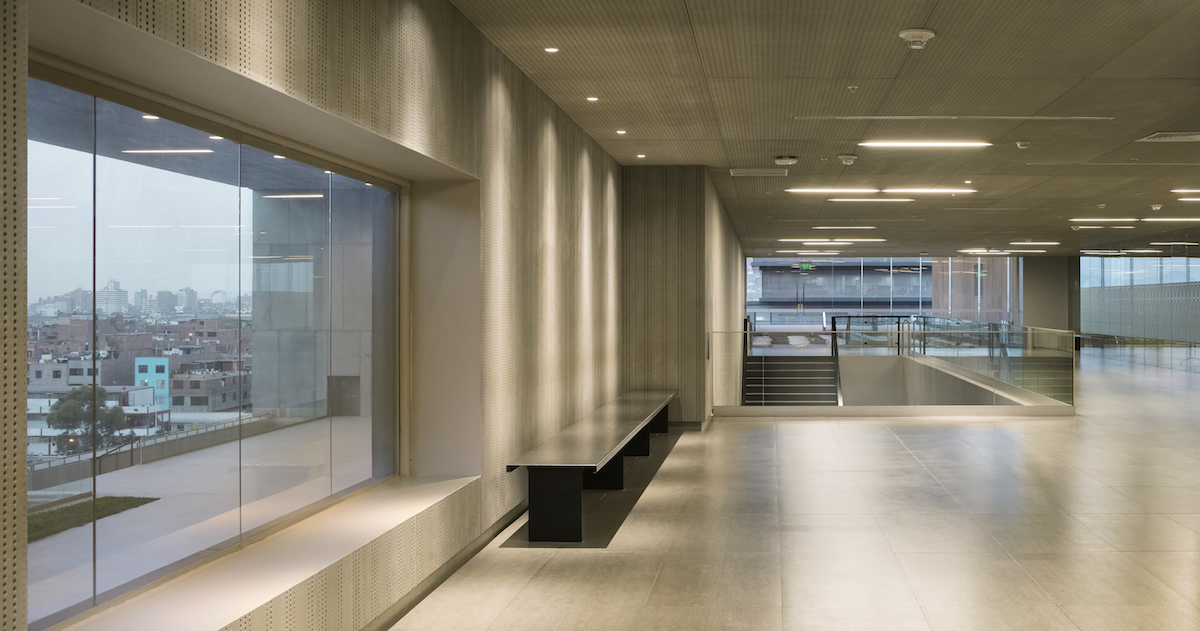 Internal flow patterns have been structured as two independent systems, according to the different requirements regarding access and evacuation speeds. A central set of escalators and lifts offer quick access to all levels. On the other hand, staircases – totally independent from the escalators system – go through the different interior and exterior areas of the building, allowing for the contemplation of Lima from varying heights from all the building’s façades.

The operative and functional flexibility are keys to the comprehensive design of the LCC and are orientated towards maximizing the economic and social success of the project. Nearly all rooms can be extended or reduced thanks to the acoustic panels that limit them, making it possible to have several spatial distributions.

Technically, the mandatory condition by which the great 5,400 m2 room, with capacity for 3,500 people, was to be free from pillars – along with the seismic inconvenience of using propped up structures –, turns the conceptual and structural proposal into a challenge, since it implies putting the great room on the last level. Placing a sheltered volume the size of a football pitch at a height of over 30 m is a challenge to both the structural approach and the building’s internal mobility – access and evacuation. 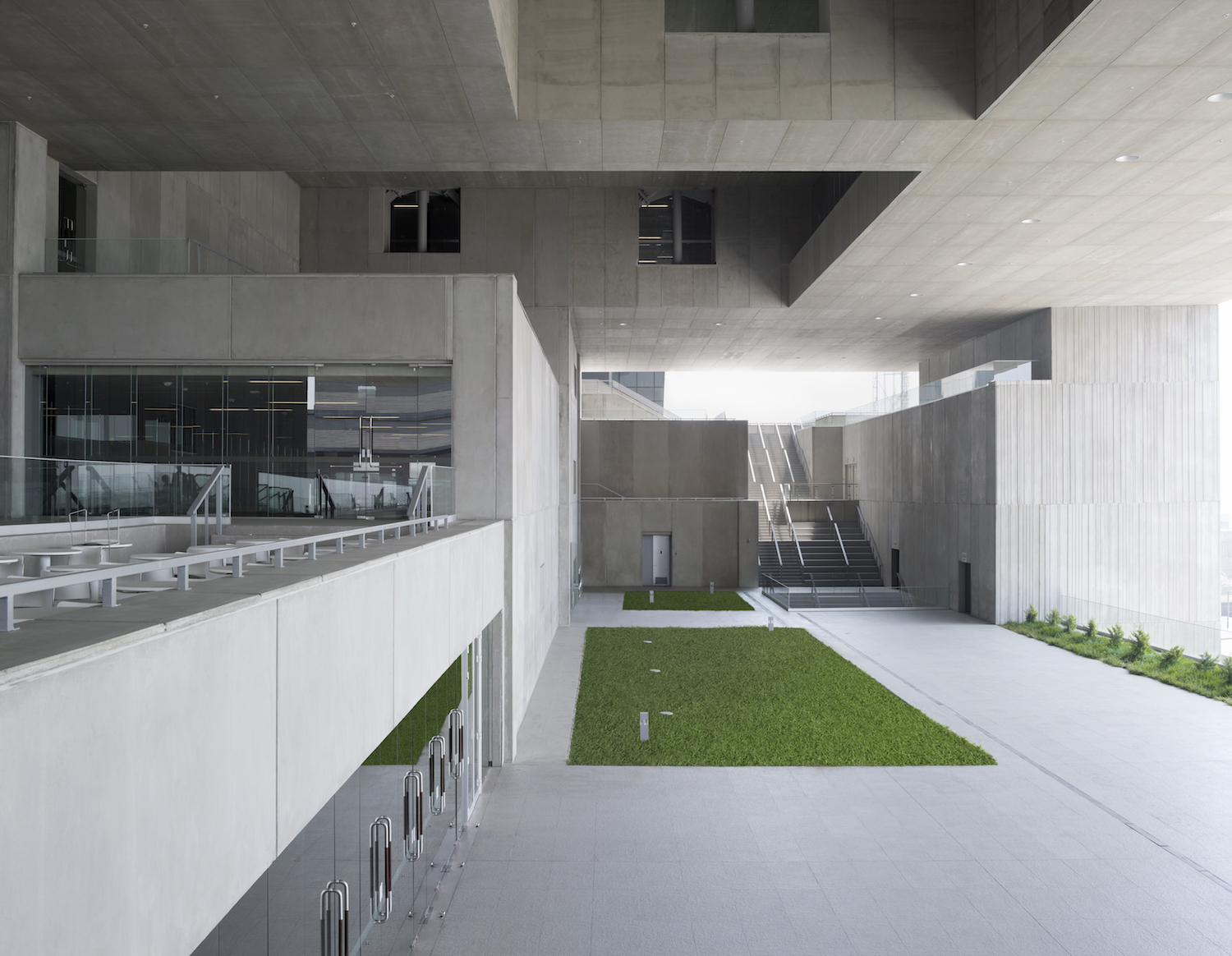 This condition in turn generates a 9,000 m2 flat roof which will literally be a fifth façade for the people in the National Bank – over 100 m tall – as well as for whoever might be in the high-rise buildings that might be erected in the future. This façade condition of the roof, along with the will to simplify the routes of the HVAC ducts, have determined the position of the HVAC machinery on the East elevation. It is left to the building envelope to solve its image. 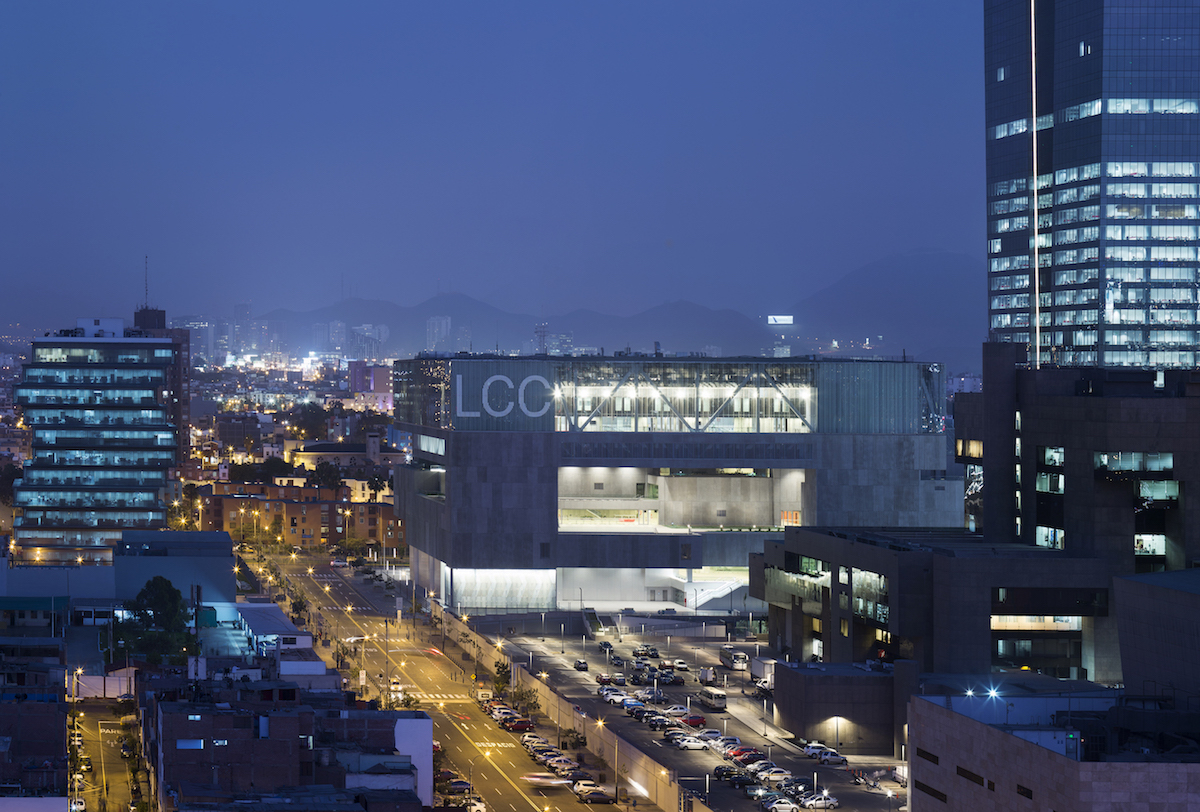 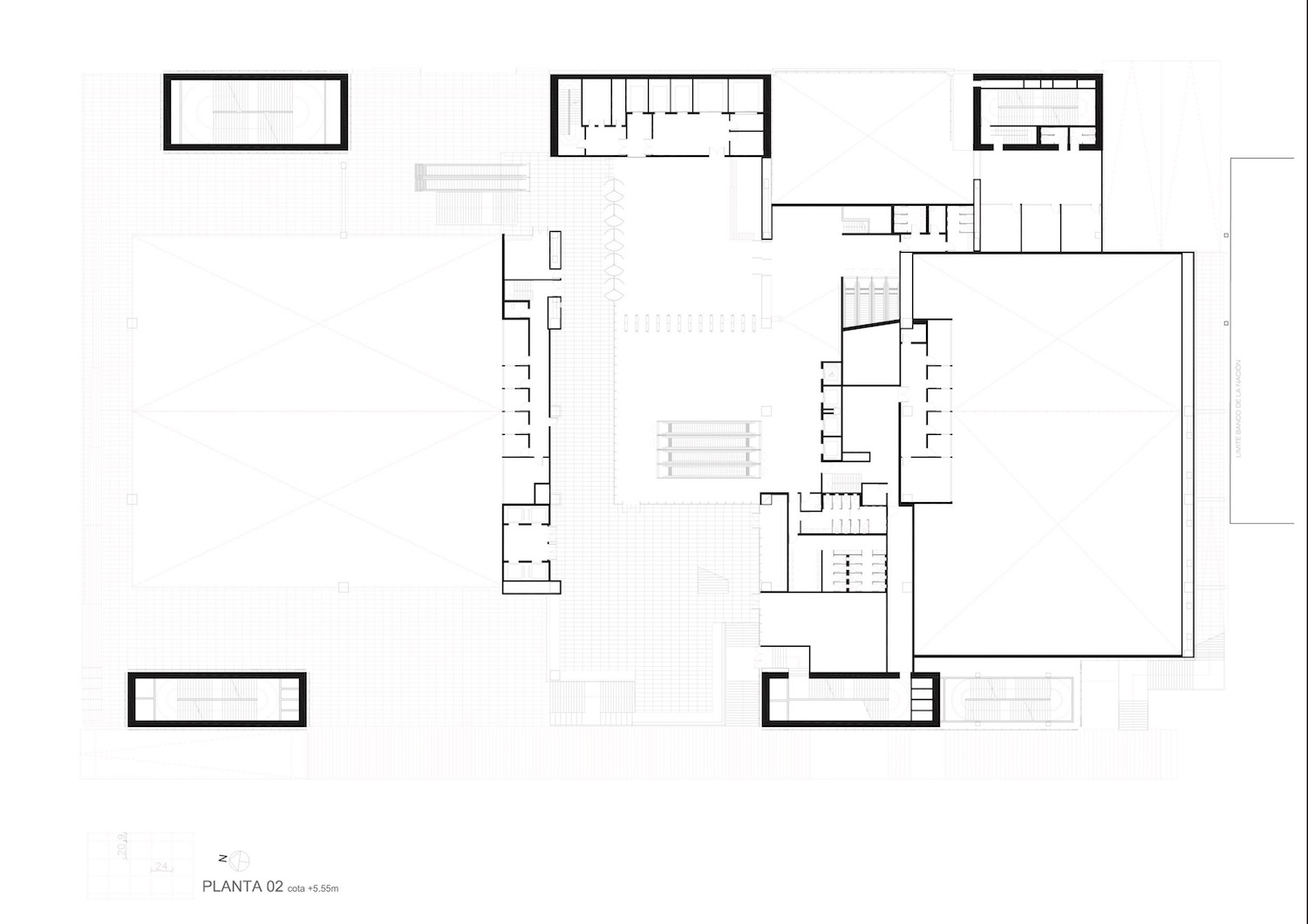 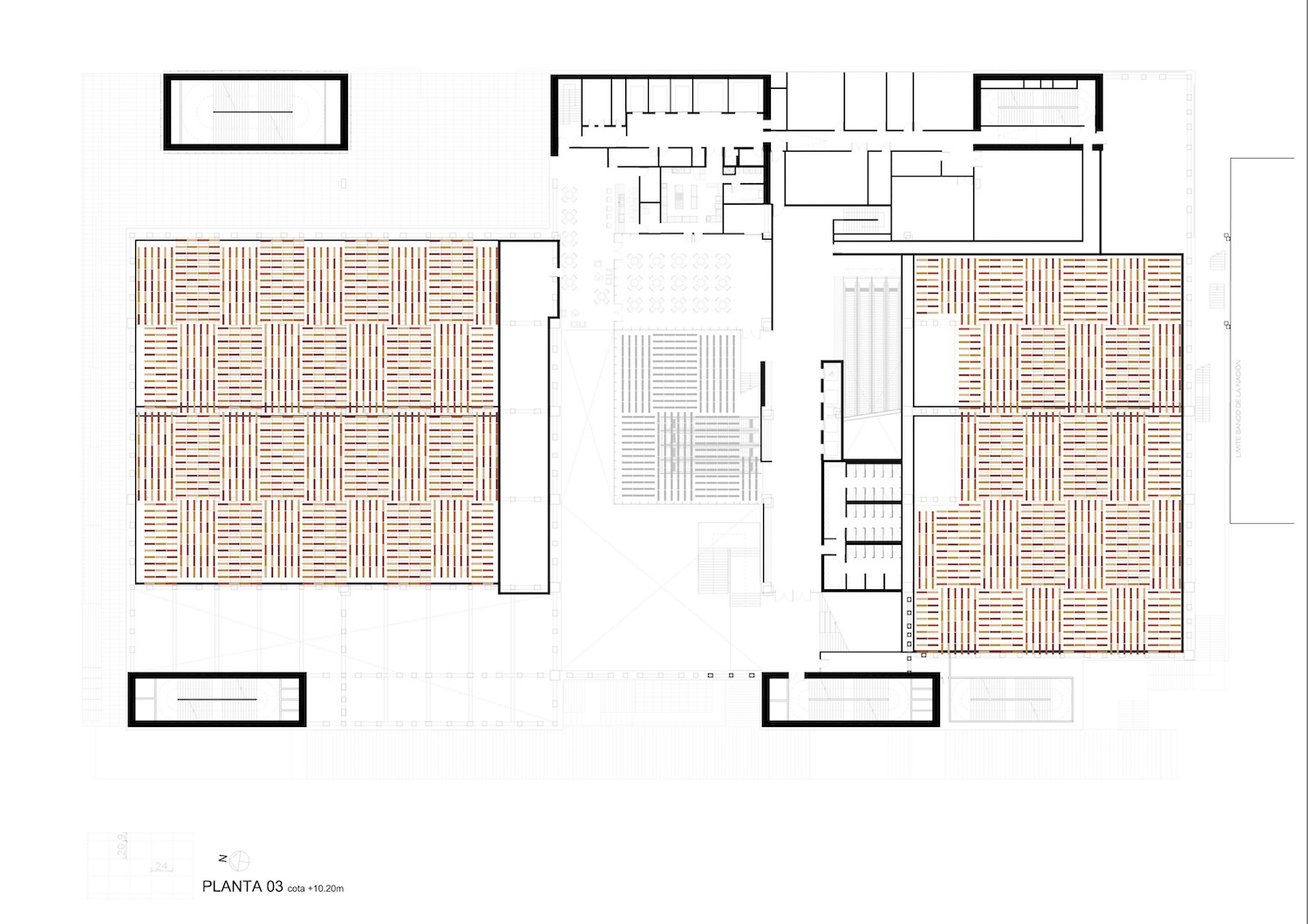 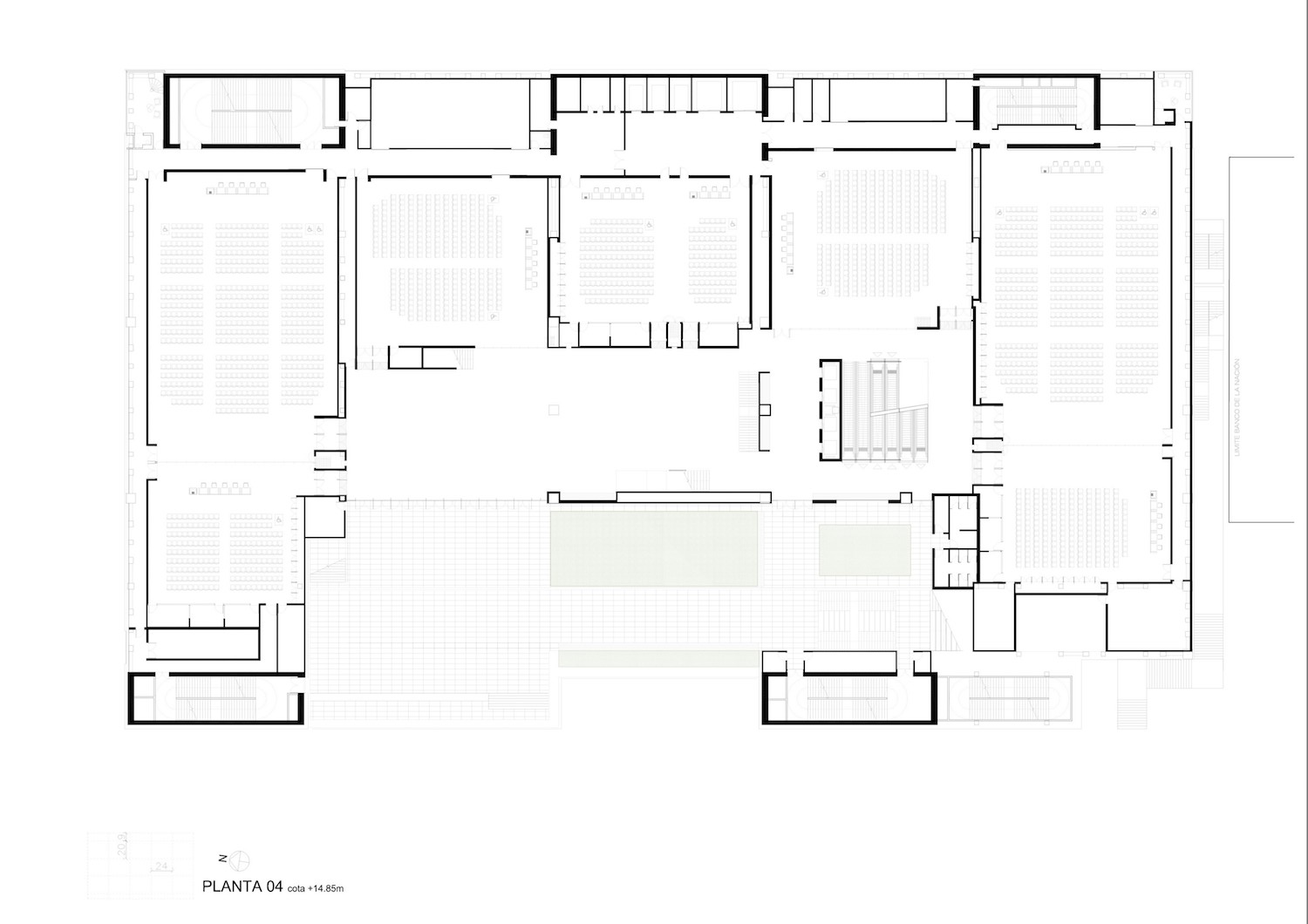 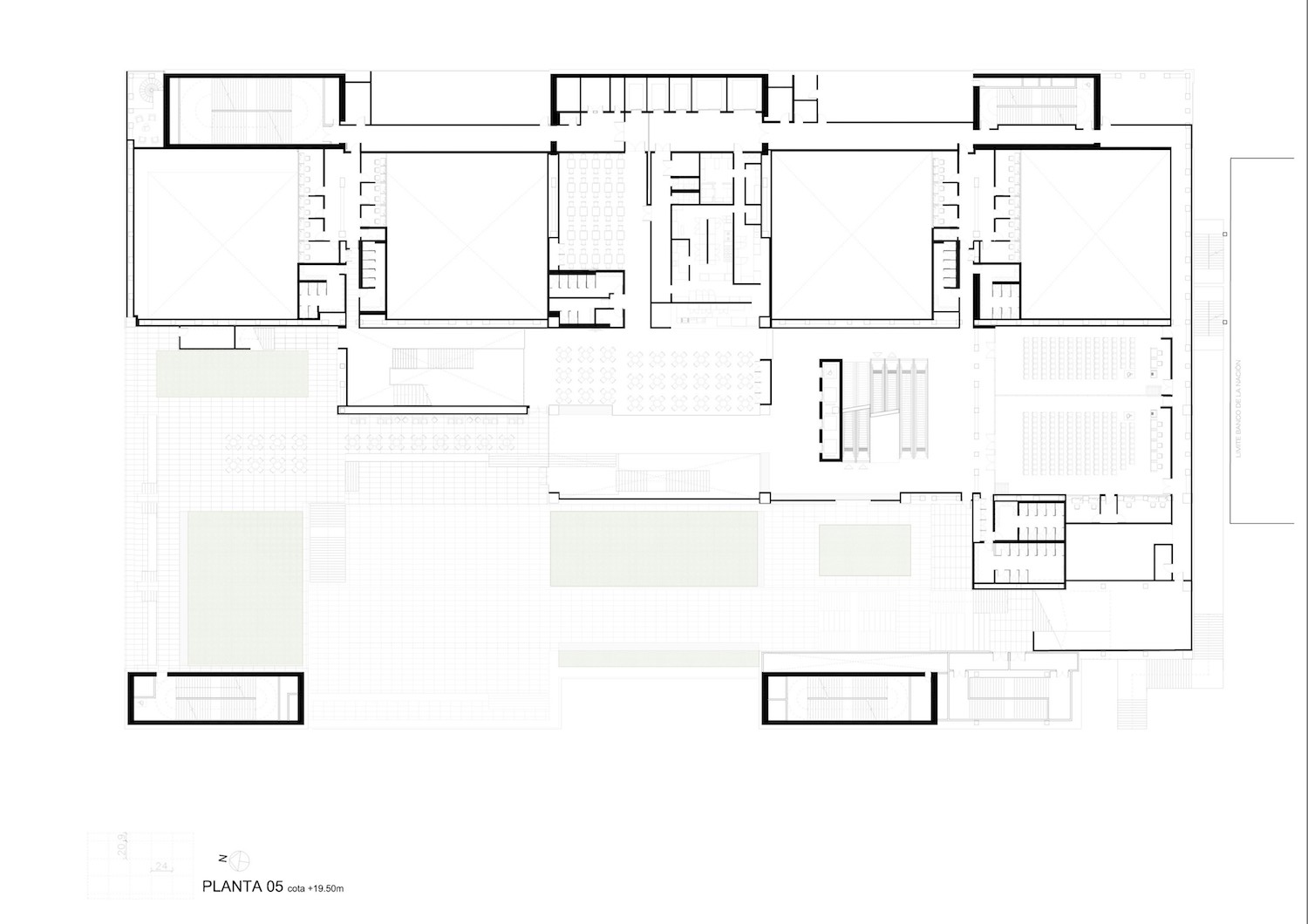 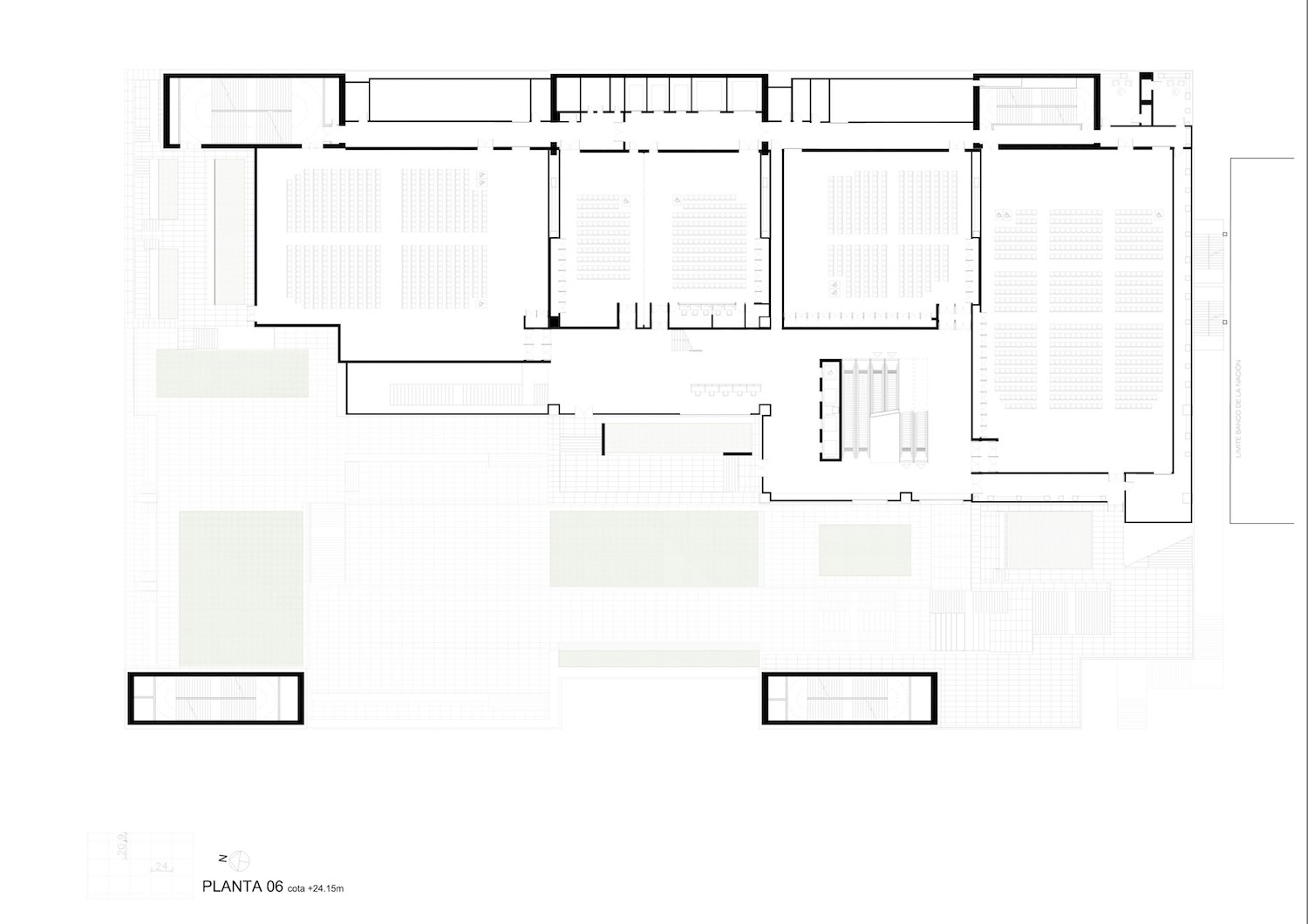 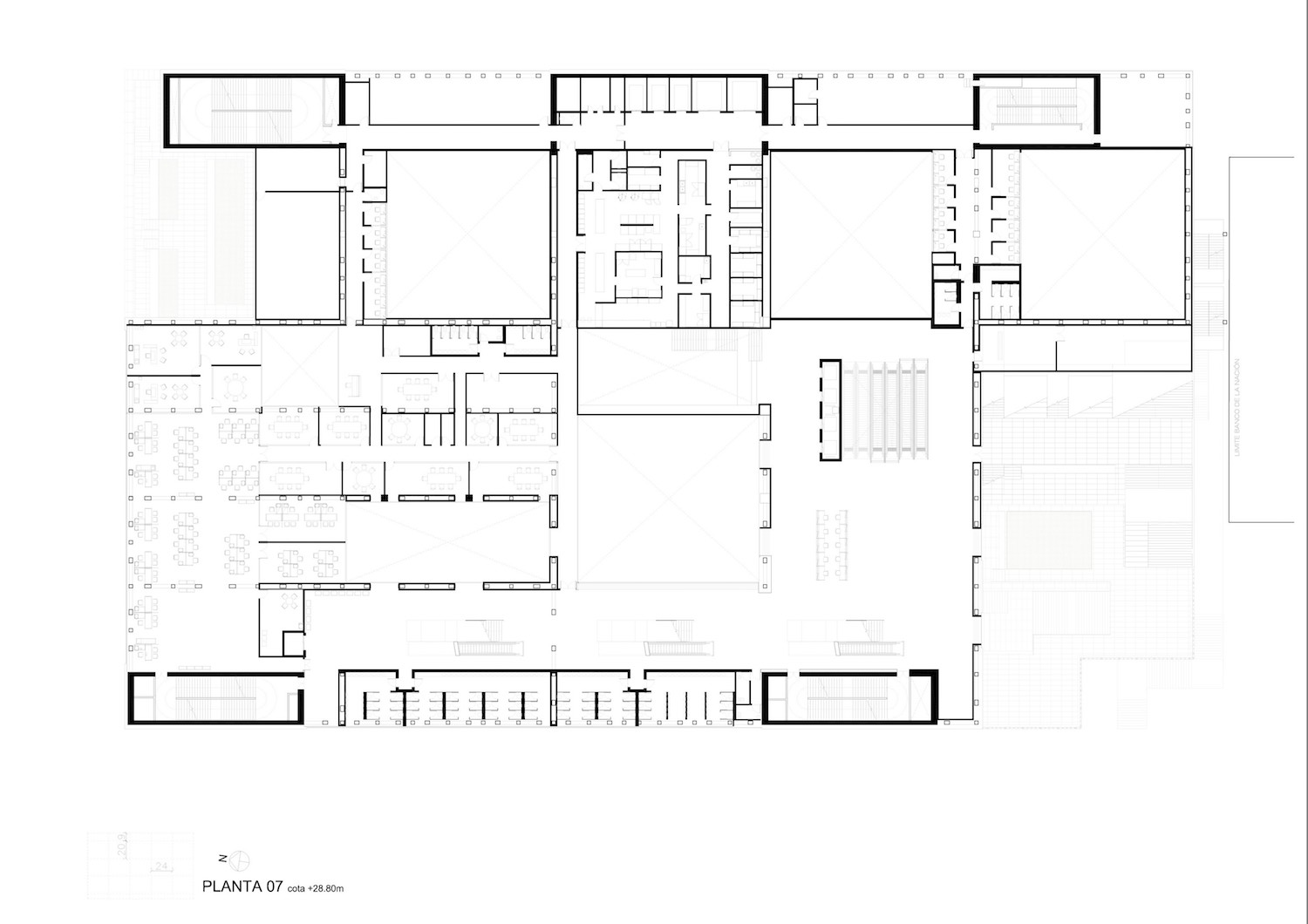 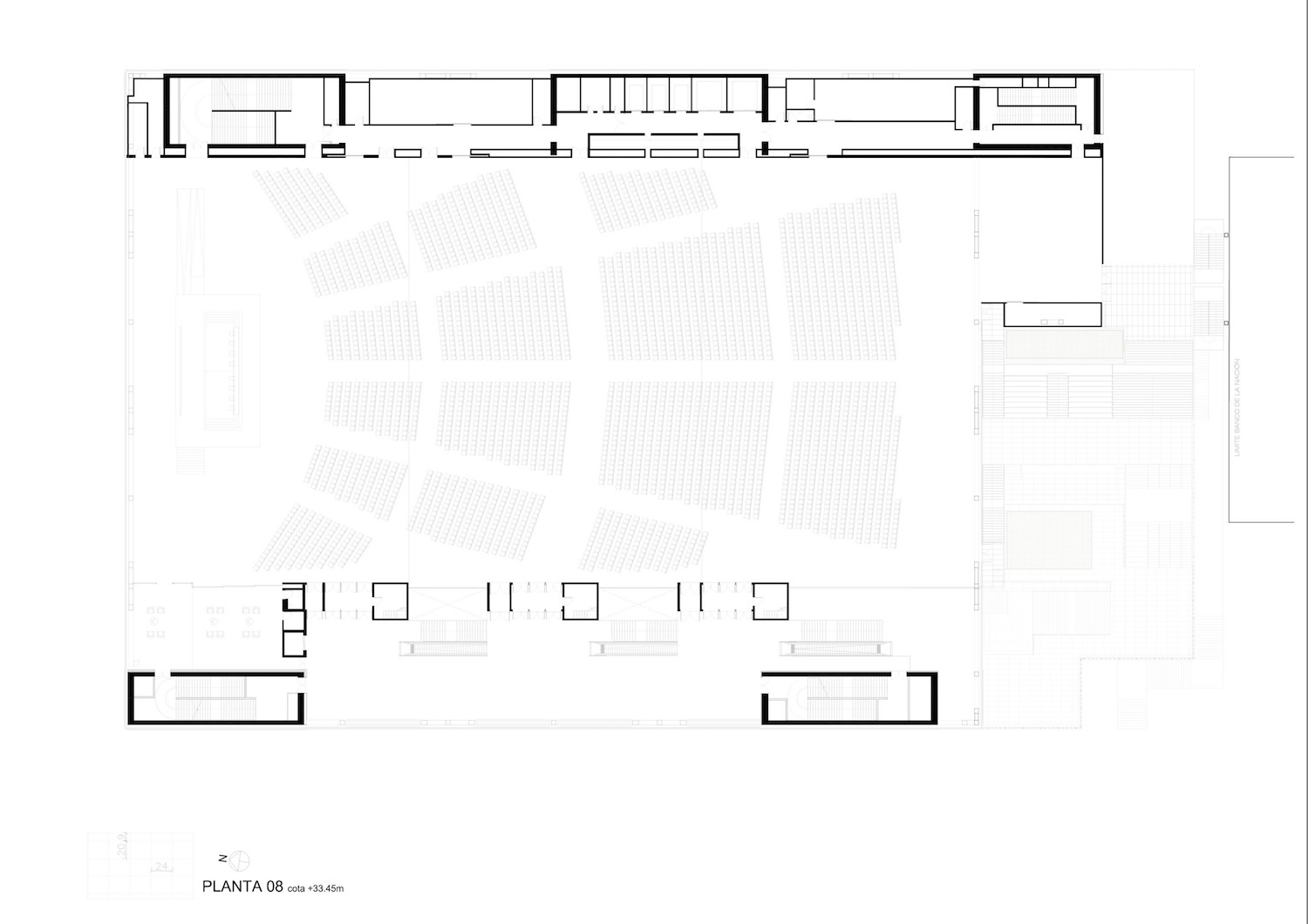 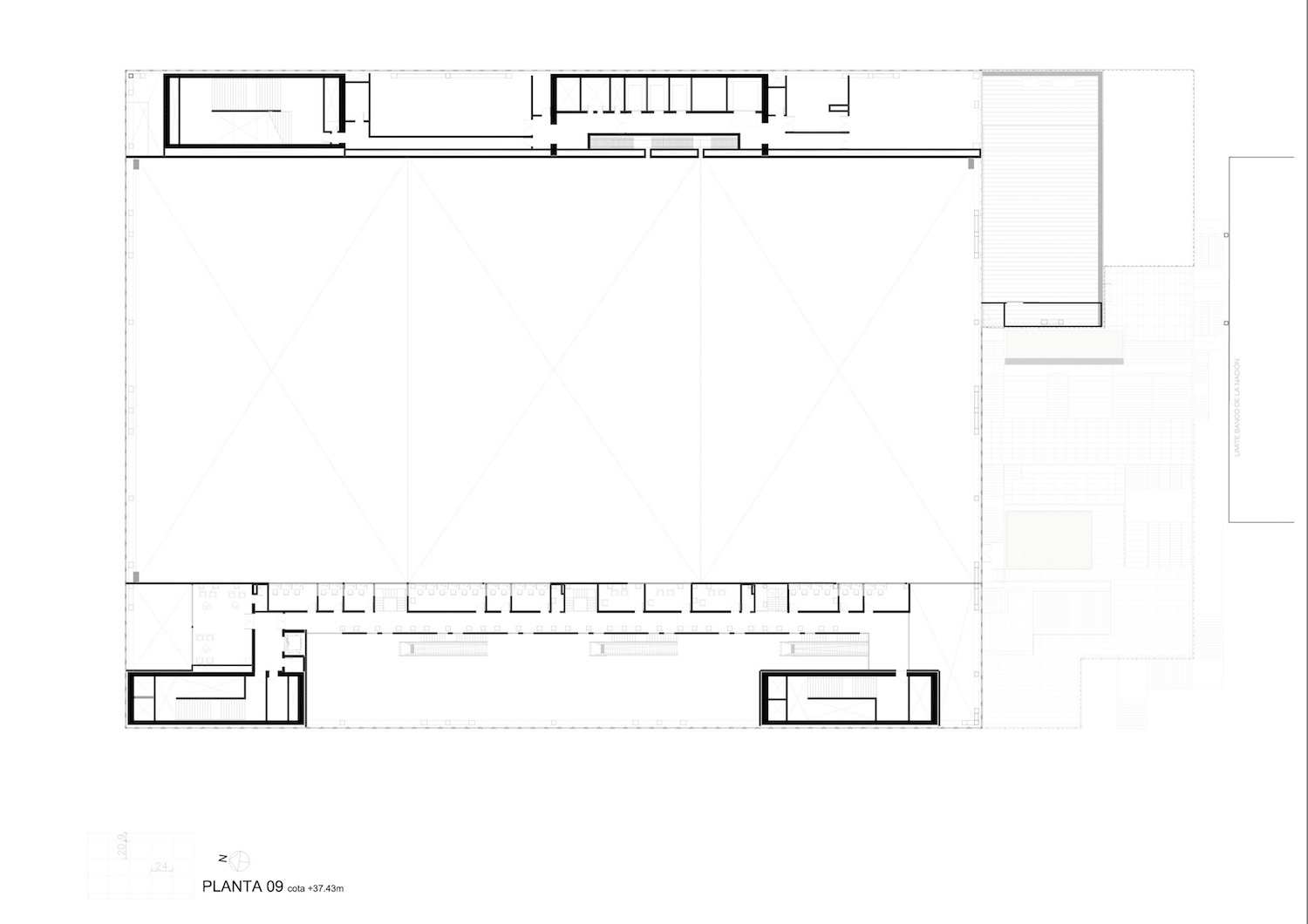 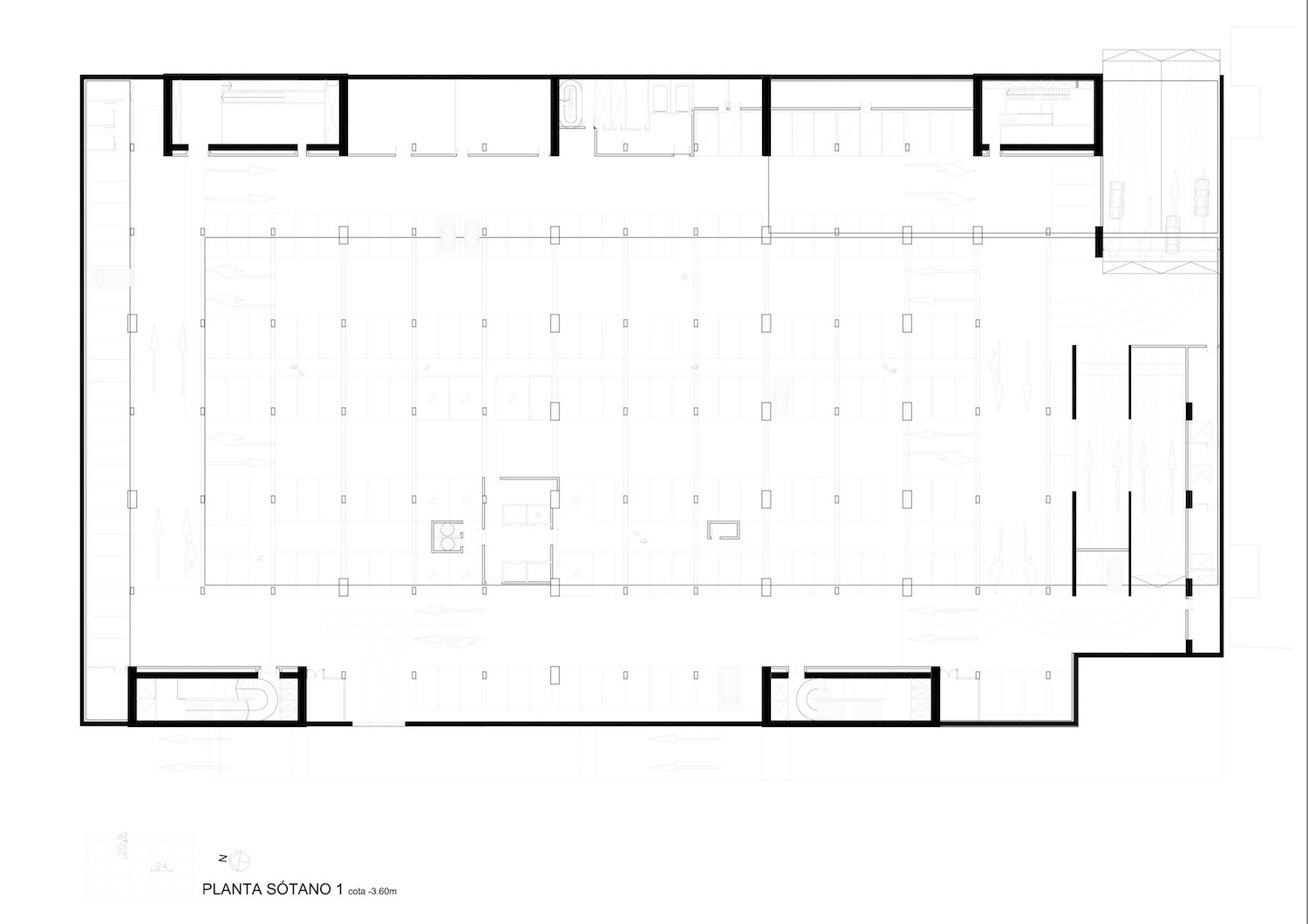 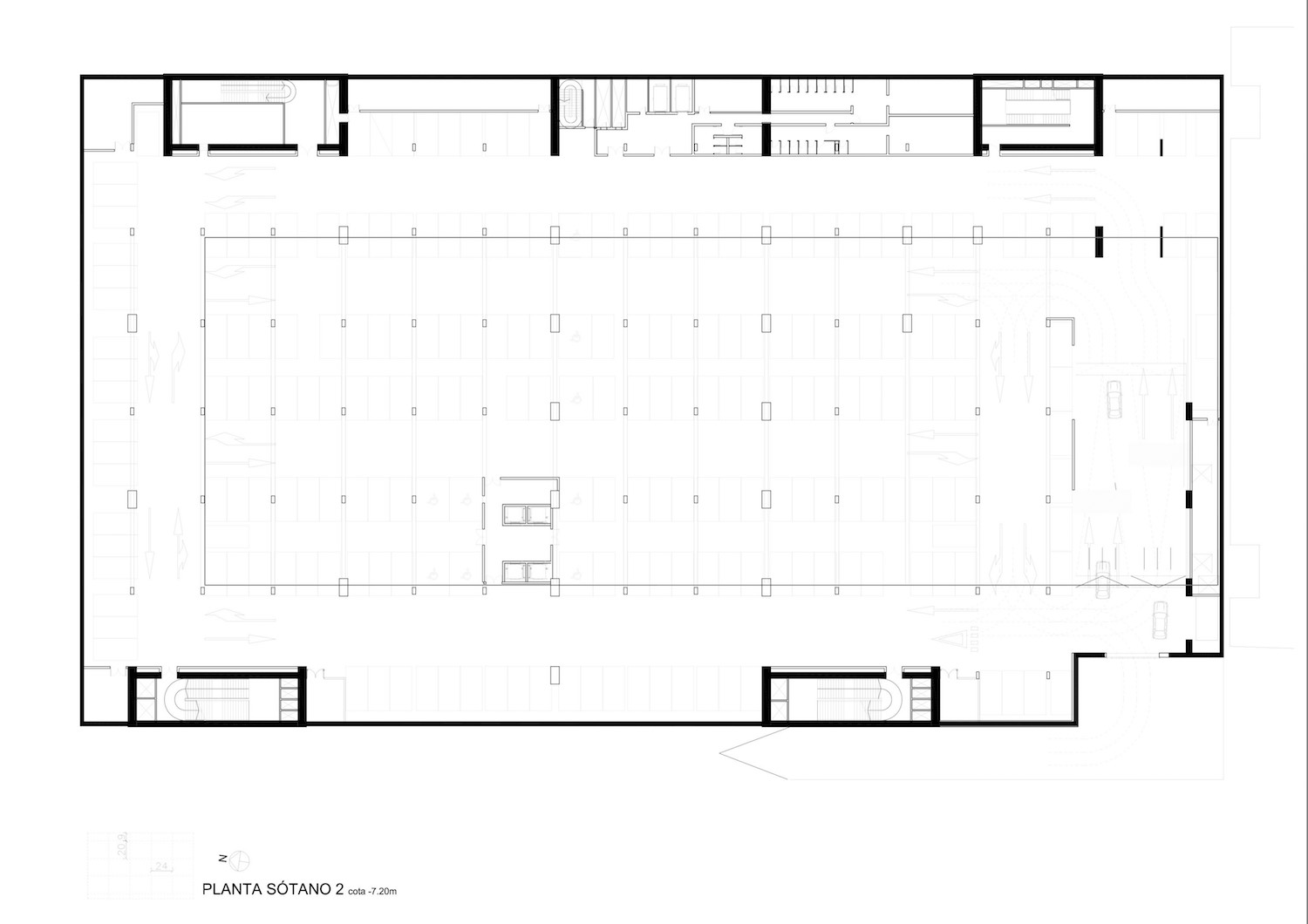 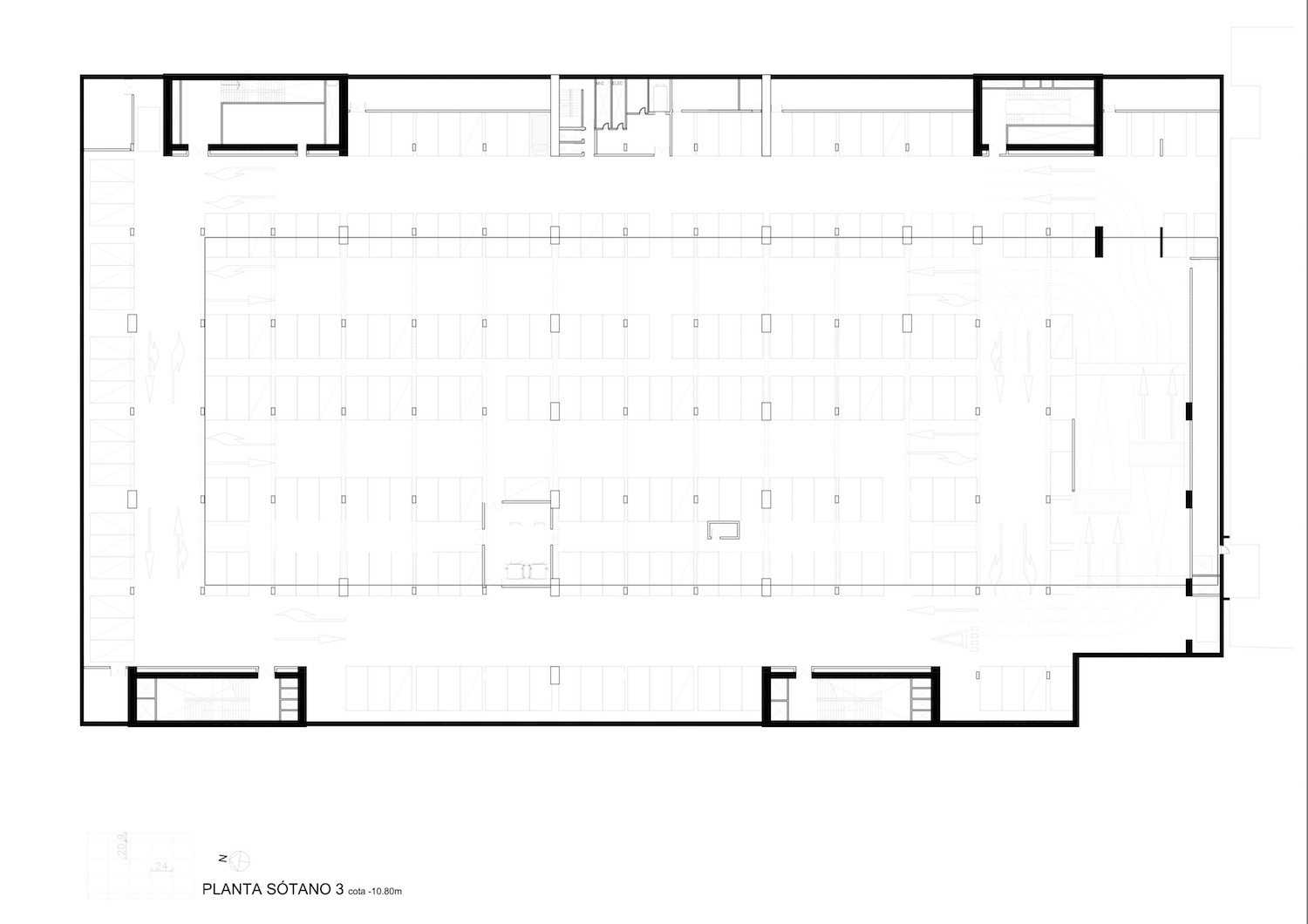 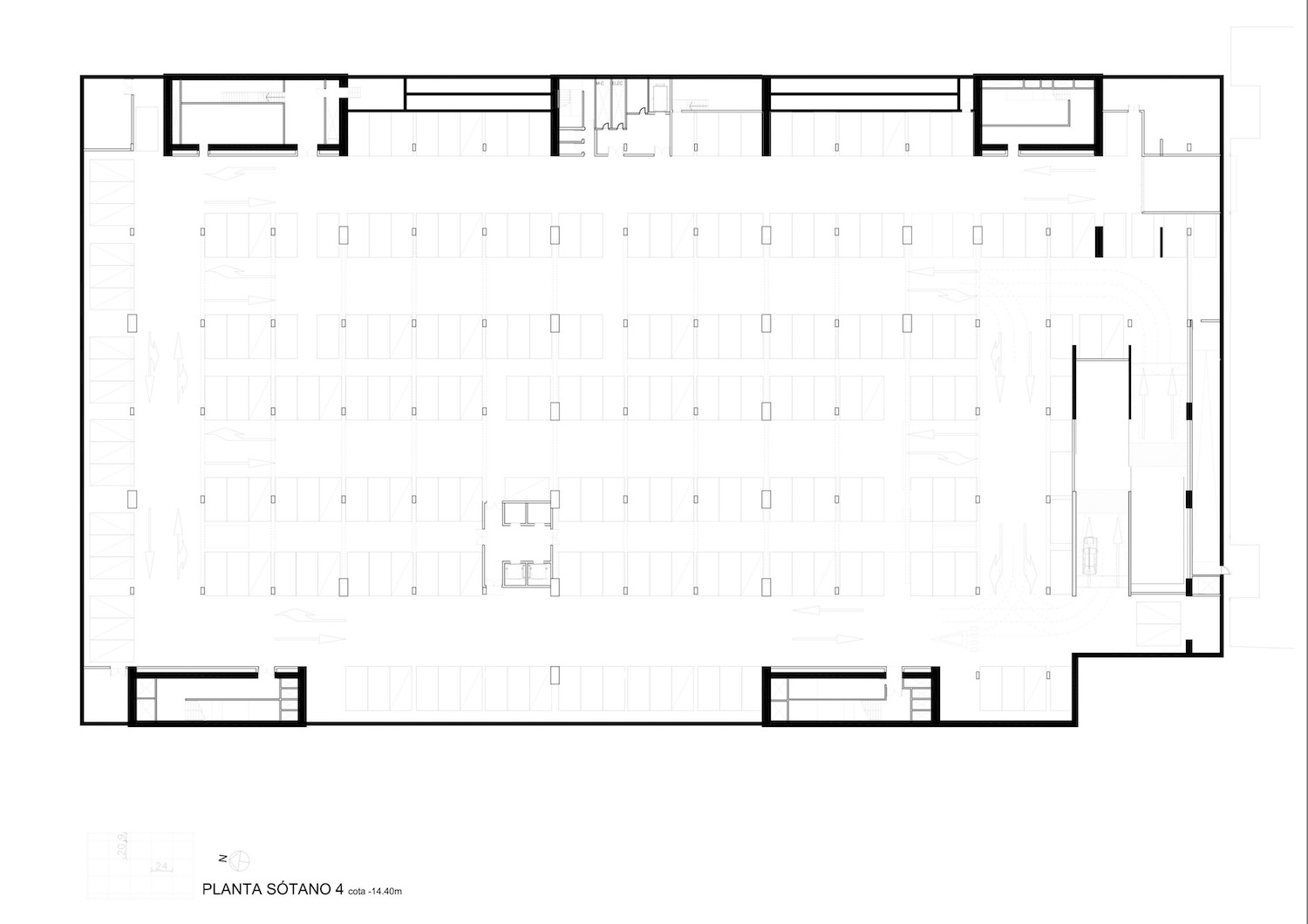 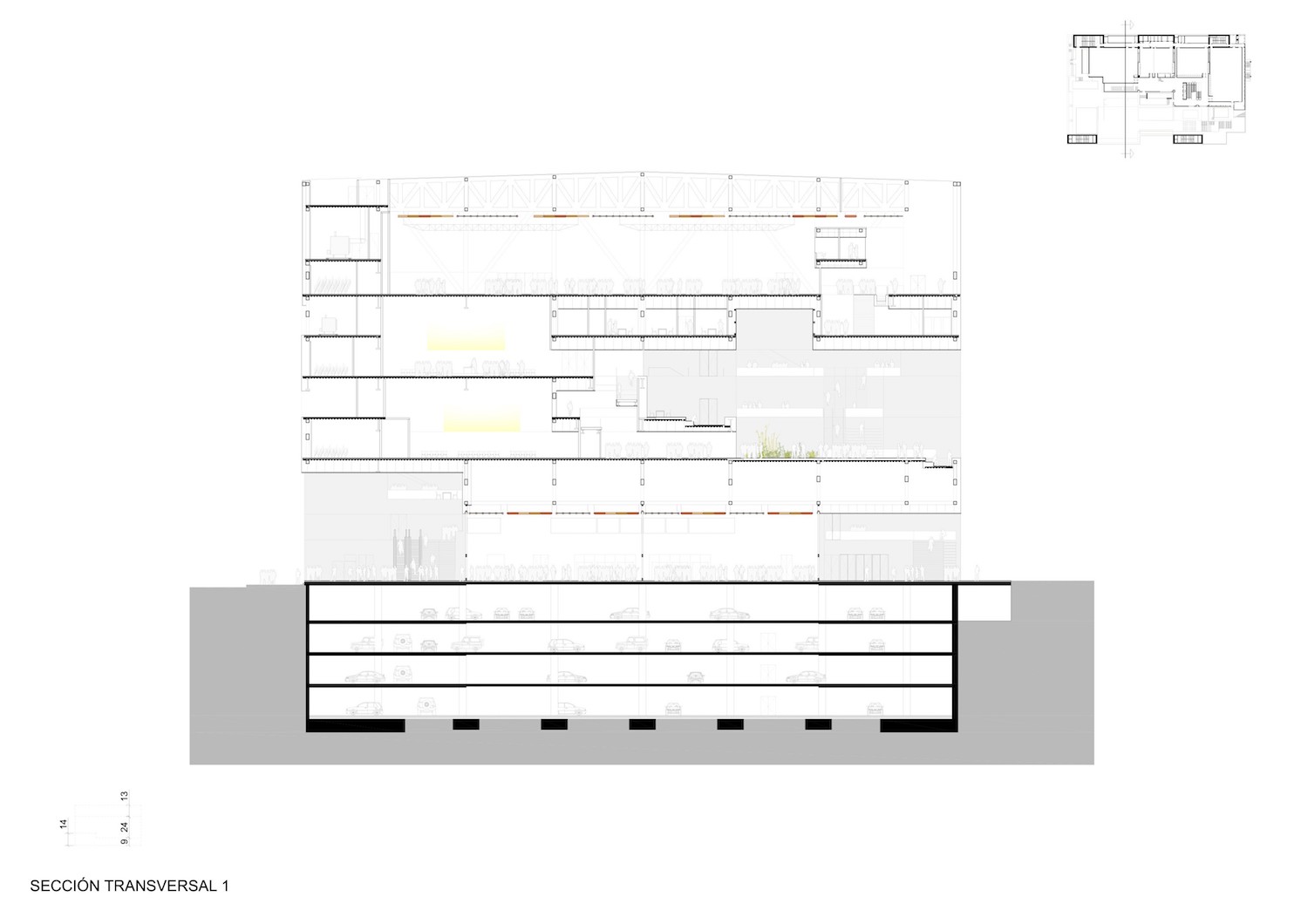 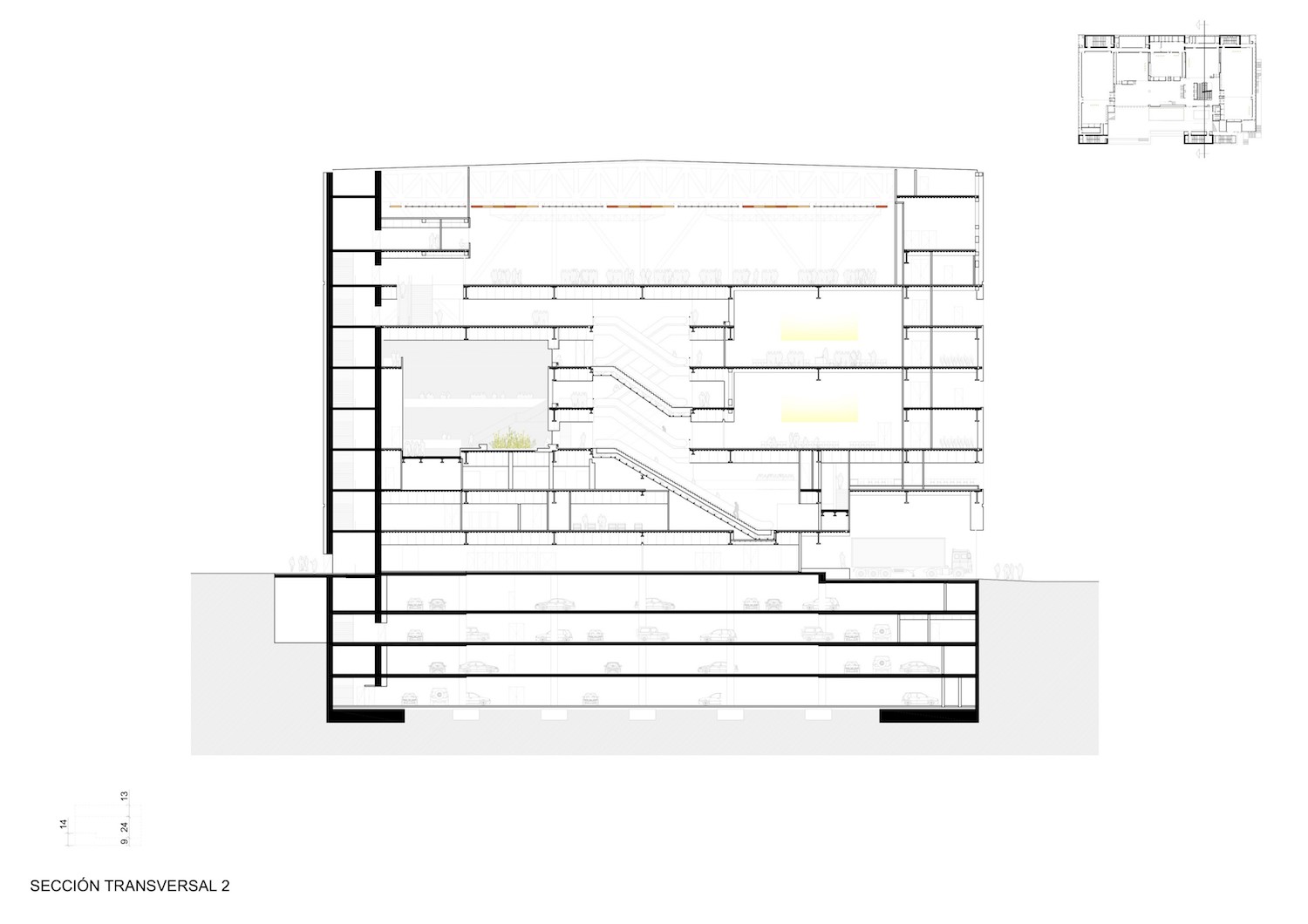 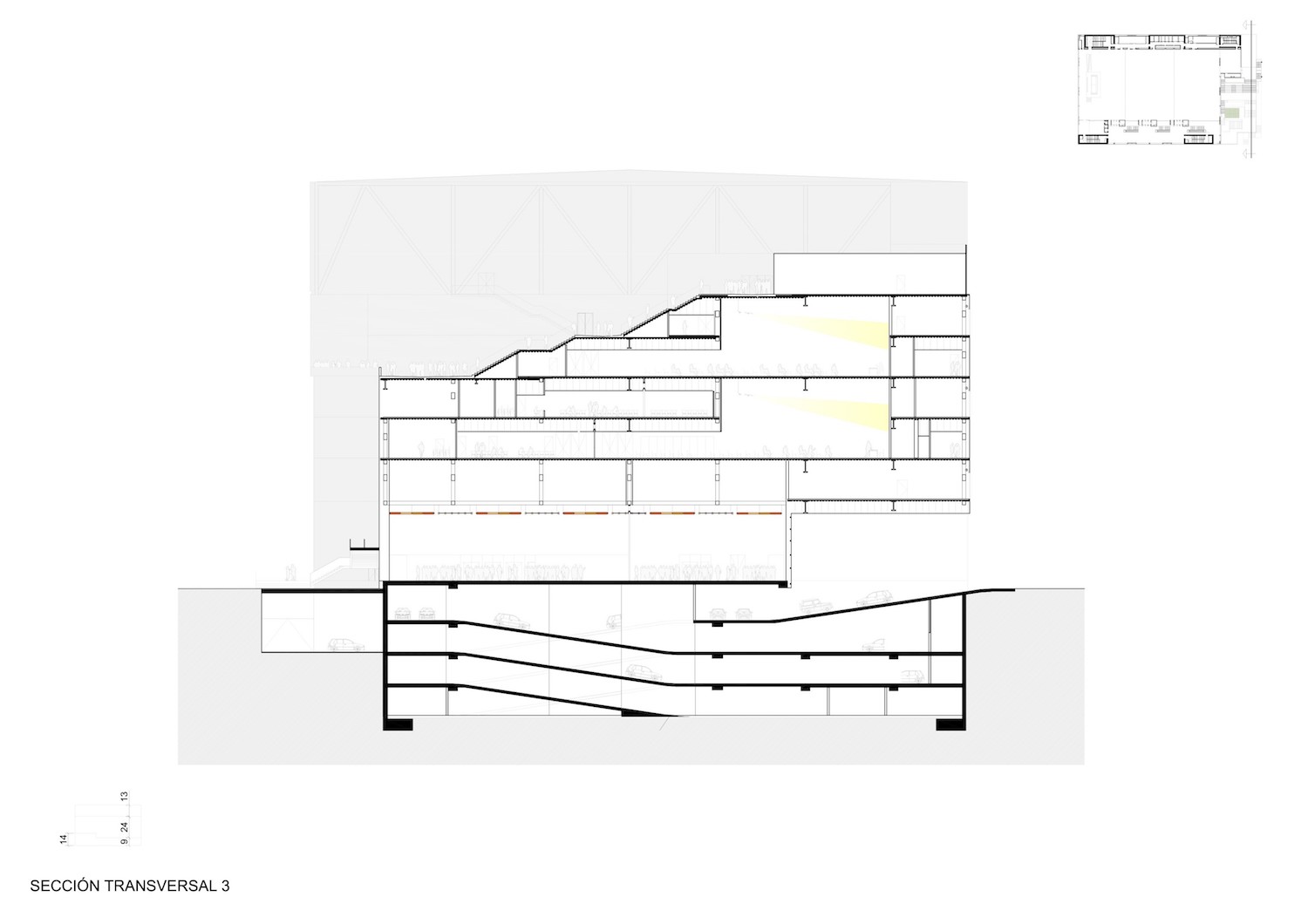 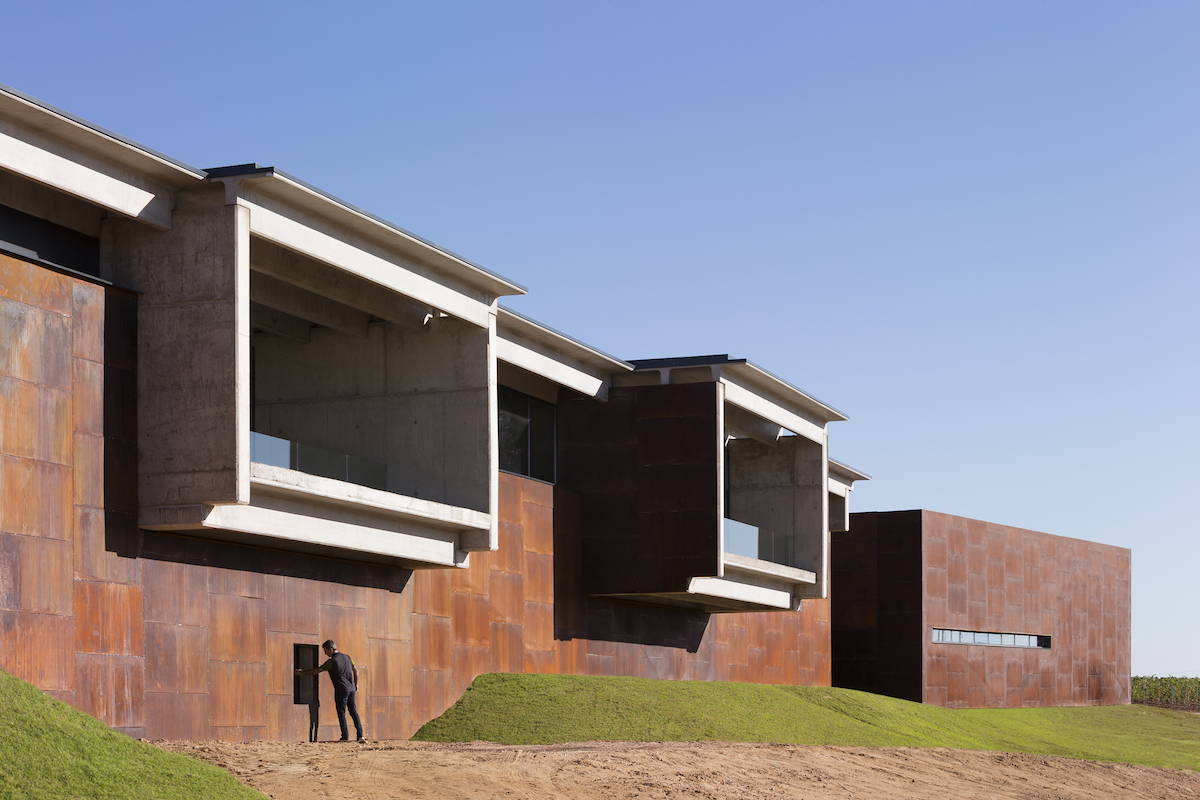 Beronia Rueda Winery The new winery, as well as taking care of what… 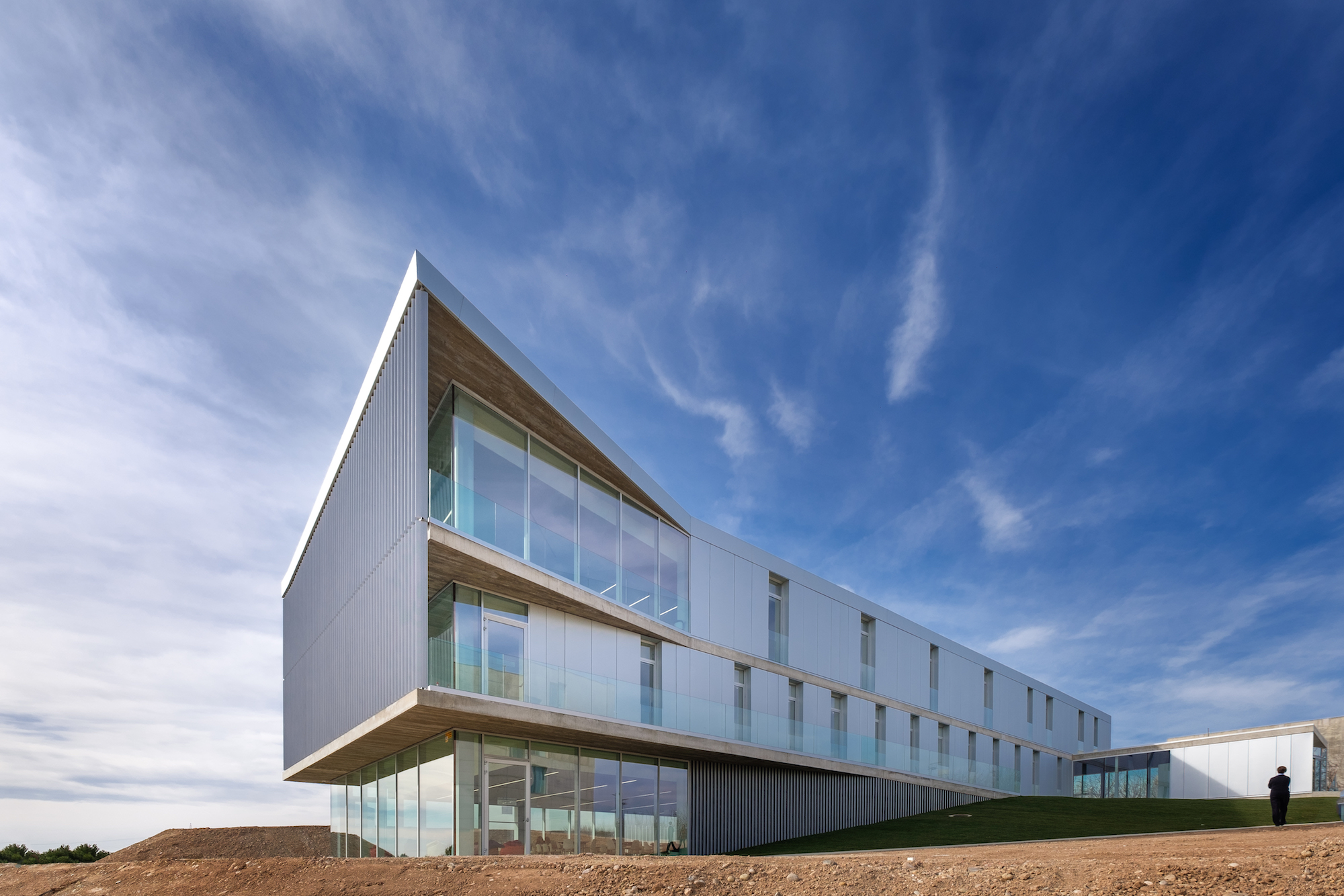 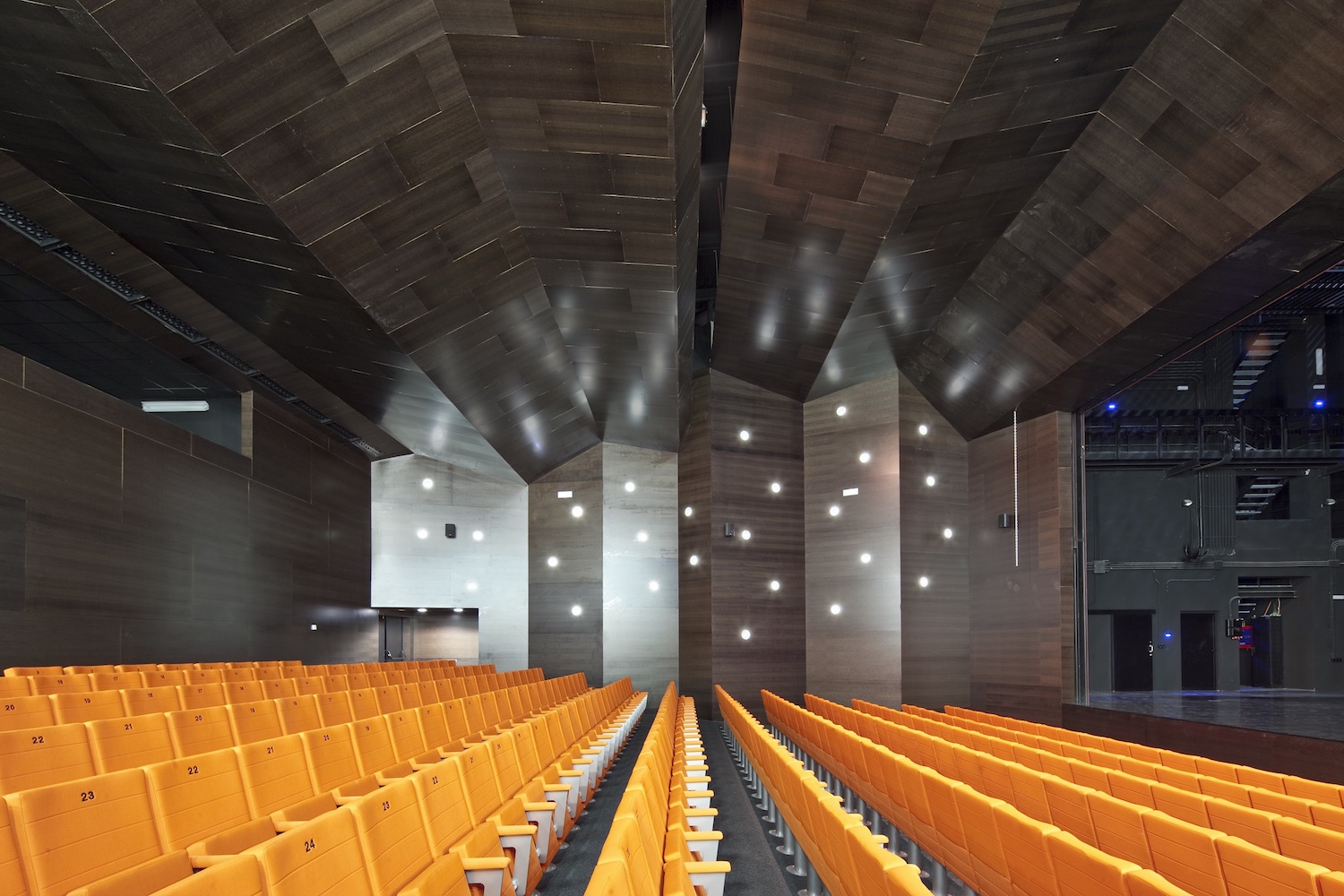 IDOM is a leading company in the global market for professional services in Engineering, Architecture and Consulting.
FOLLOW
MESSAGE