House with a Tree 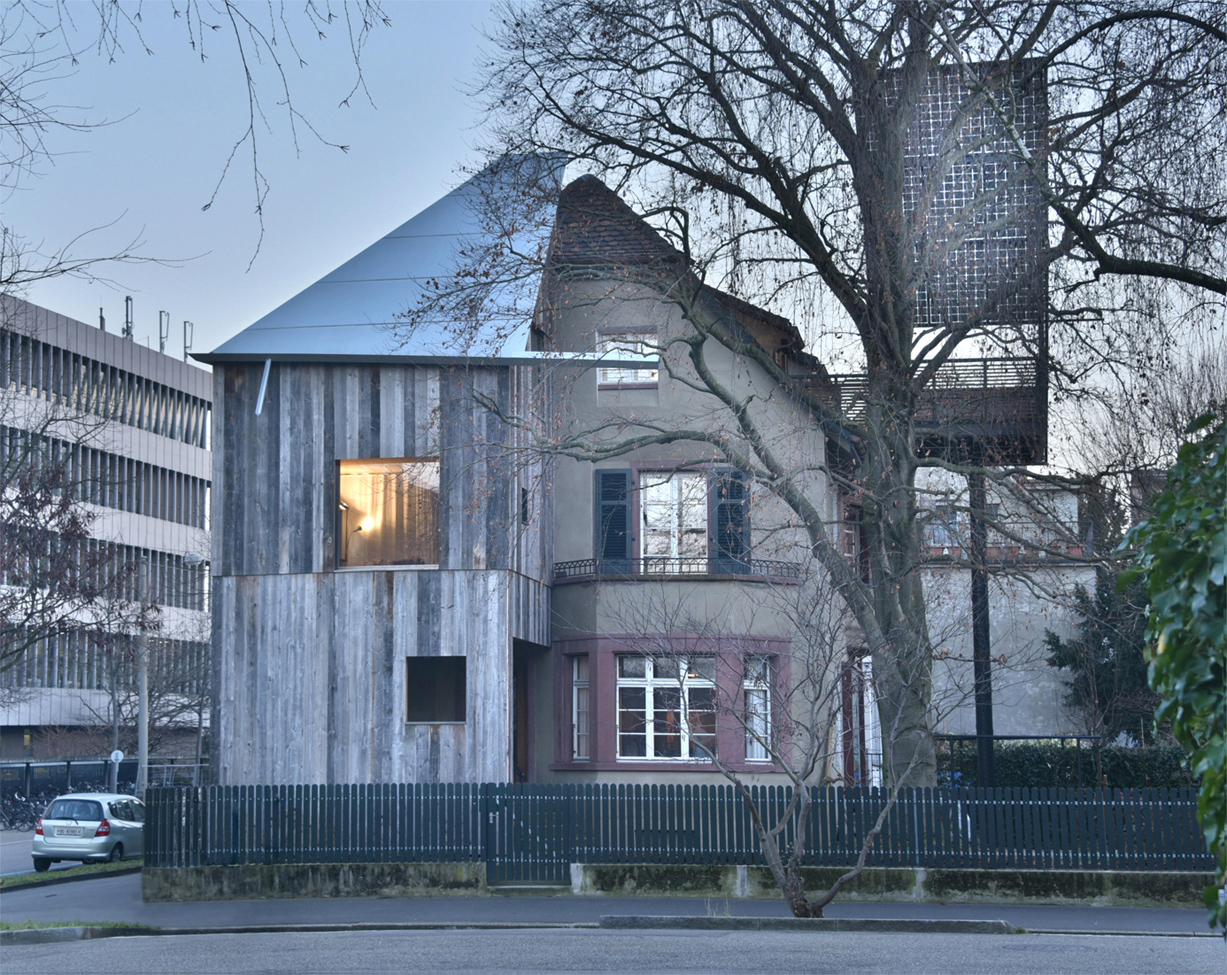 Maintaining the tenderness and charm of the existing house from the
1930’s, our intention was to

(1) gently renovate / restore the existing structure
(2) enlarge the building through a series of micro-scale additions that follow the logic of the existing spatial division into small rooms
(3) entangle the existing, the tree and the new in a joyful composition
(4) improve the house’s energy-balance by modernizing all technical installations using exclusively renewable energies
(5) carefully relate the house to its surroundings, both natural and urban. 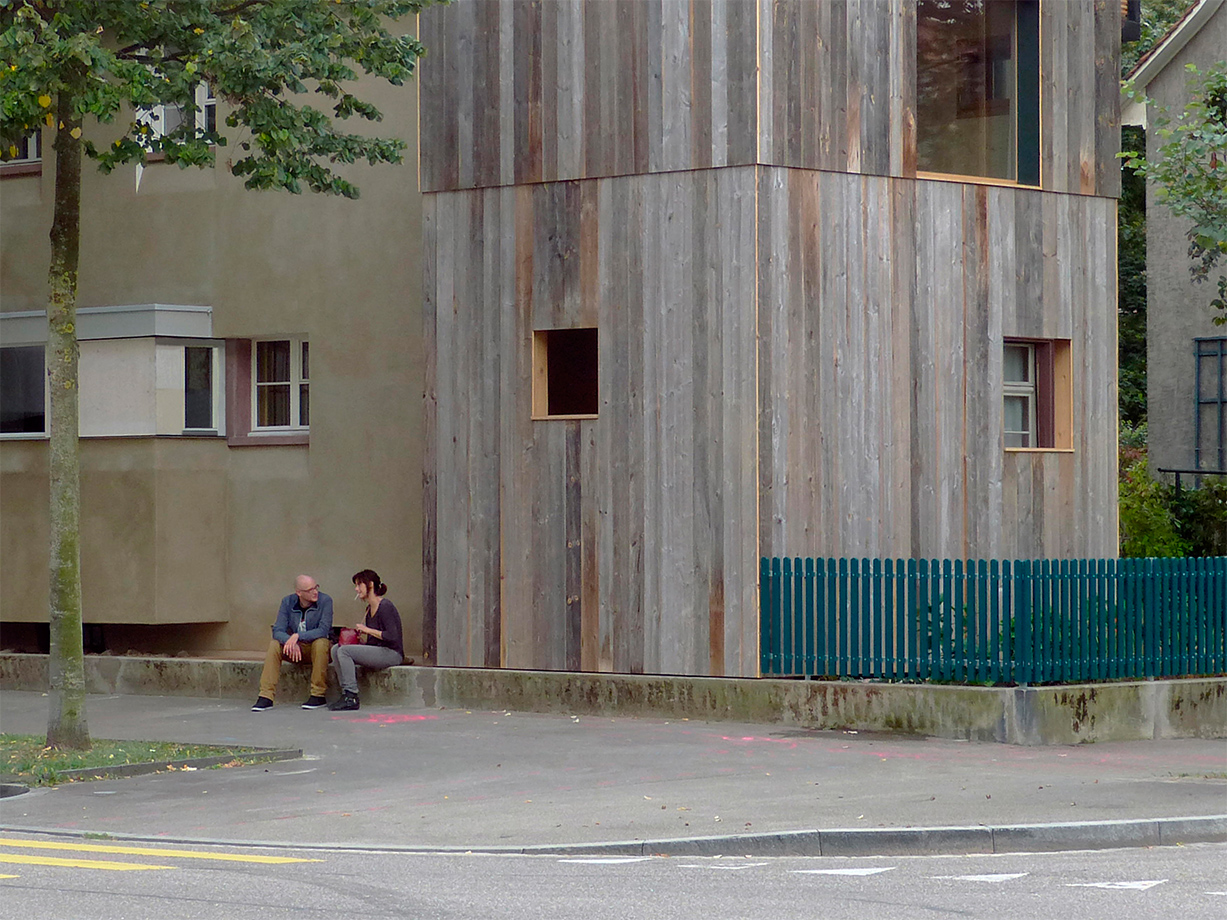 In line with these considerations, the annexes are all conceived as lightweight structures: a prefabricated wooden construction with a cladding of ‘recycled’ fir boards in the new corner tower facing north; a hovering though massively built bay window with a pronounced horizontal expression along the street; and lastly, steel for the filigree loggia with its inclined south-facing roof consisting of transparent photovoltaic panels in the garden. Balance-like old and new condition one another while in the interior the new wooden spaces add a meditative calm to the existing rooms’ patina. At all times, the old house with its embedded history should in ‘ghost’-like quality remain discernible. Not engaging in a critical reconstruction, the design aimed at establishing a respect- and playful dialogue between existing and new, where each element maintains its own identity and voice in the process of their mutual activation. The red beech was considered an integral part and cornerstone of the design:
Like the tree, also the house grew by hand of the multiple extensions, which ultimately frame the beech’s impressive stature, and engage the interior with its lively presence. 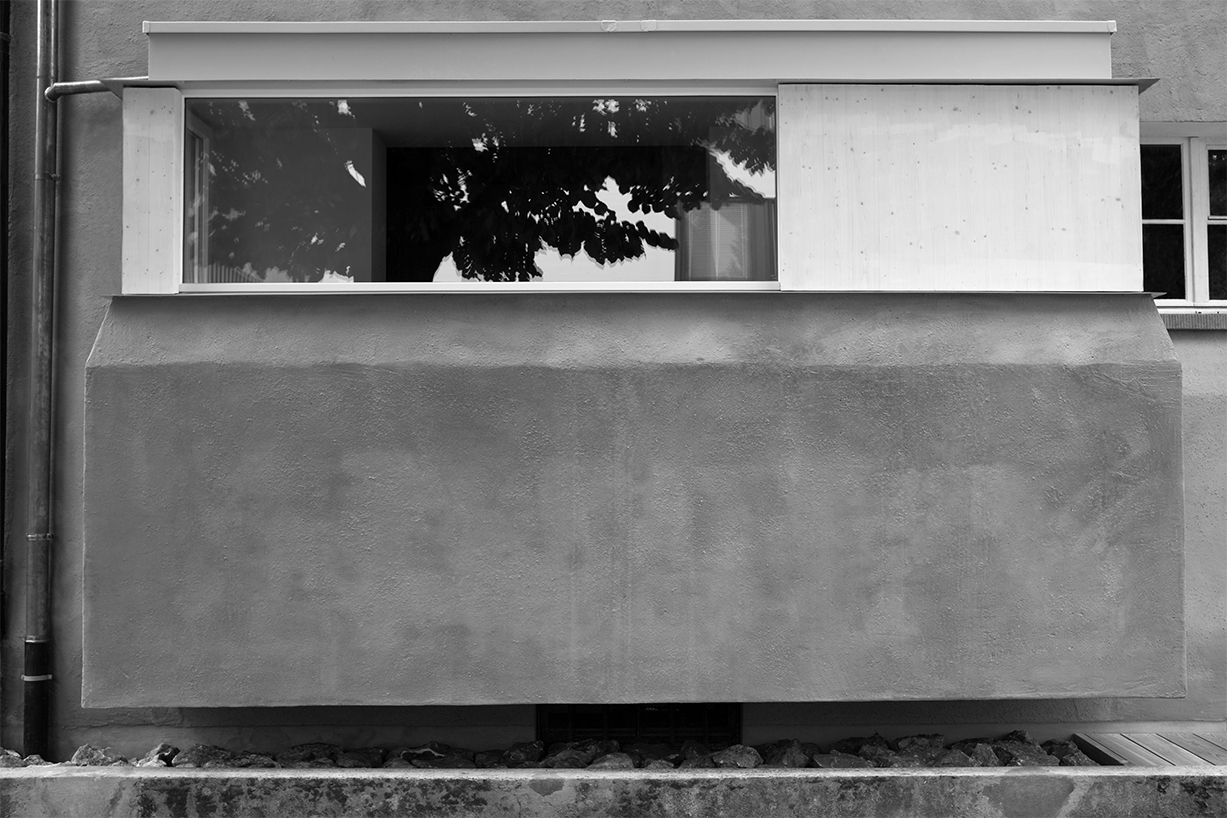 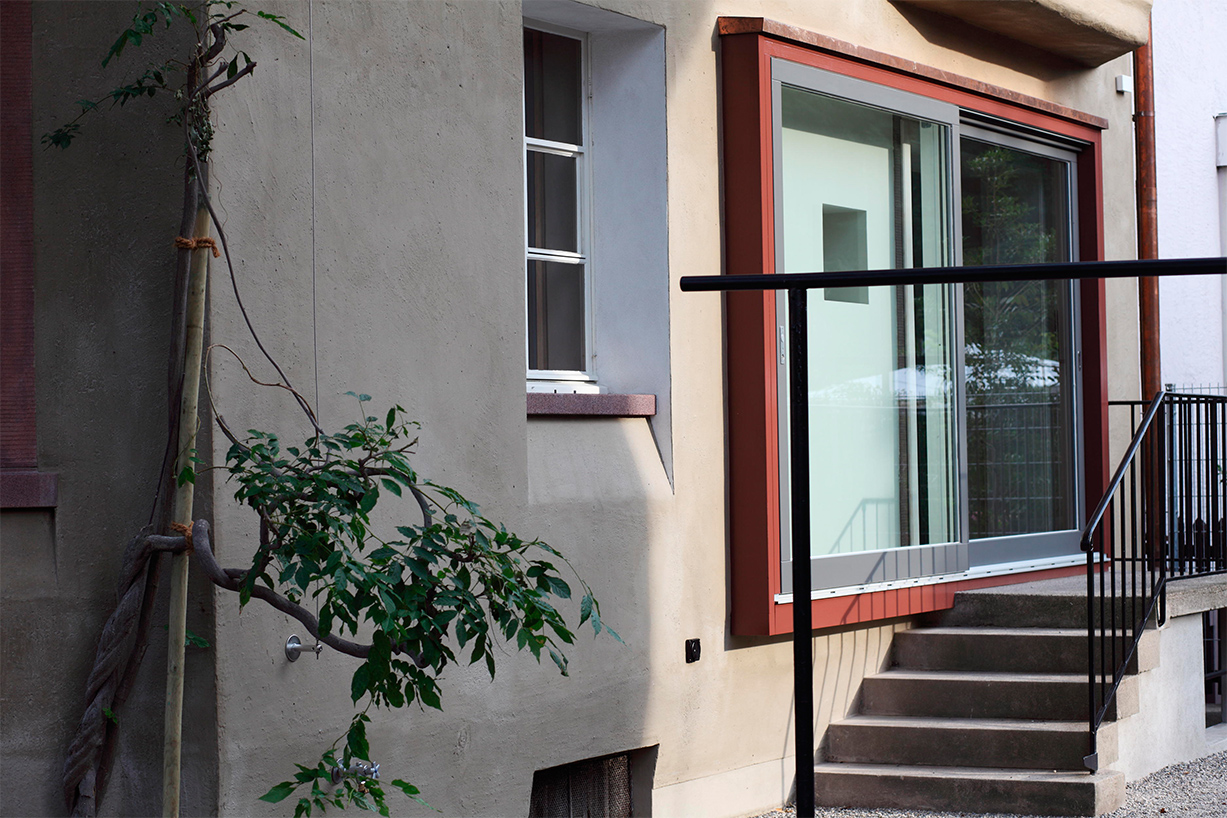 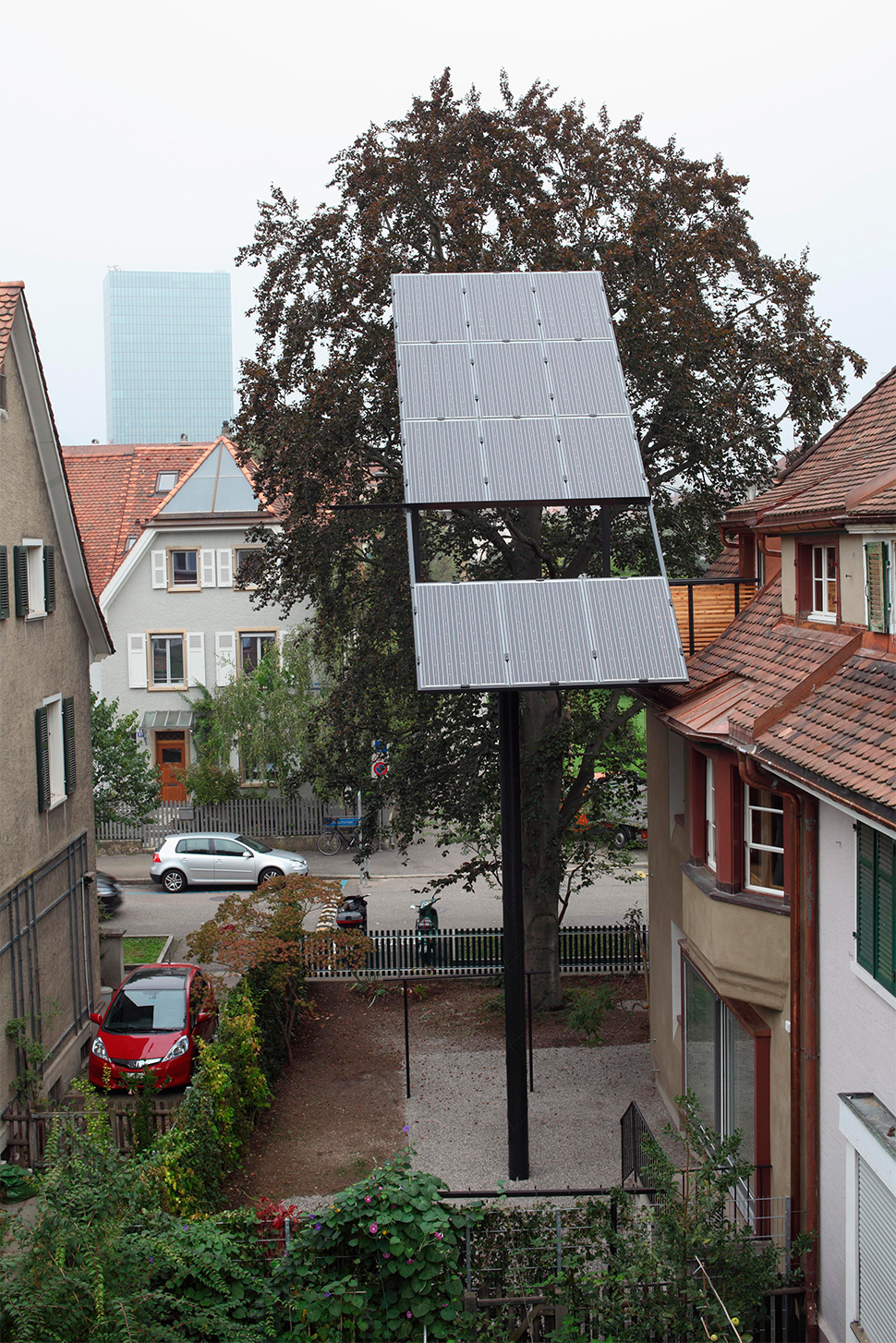 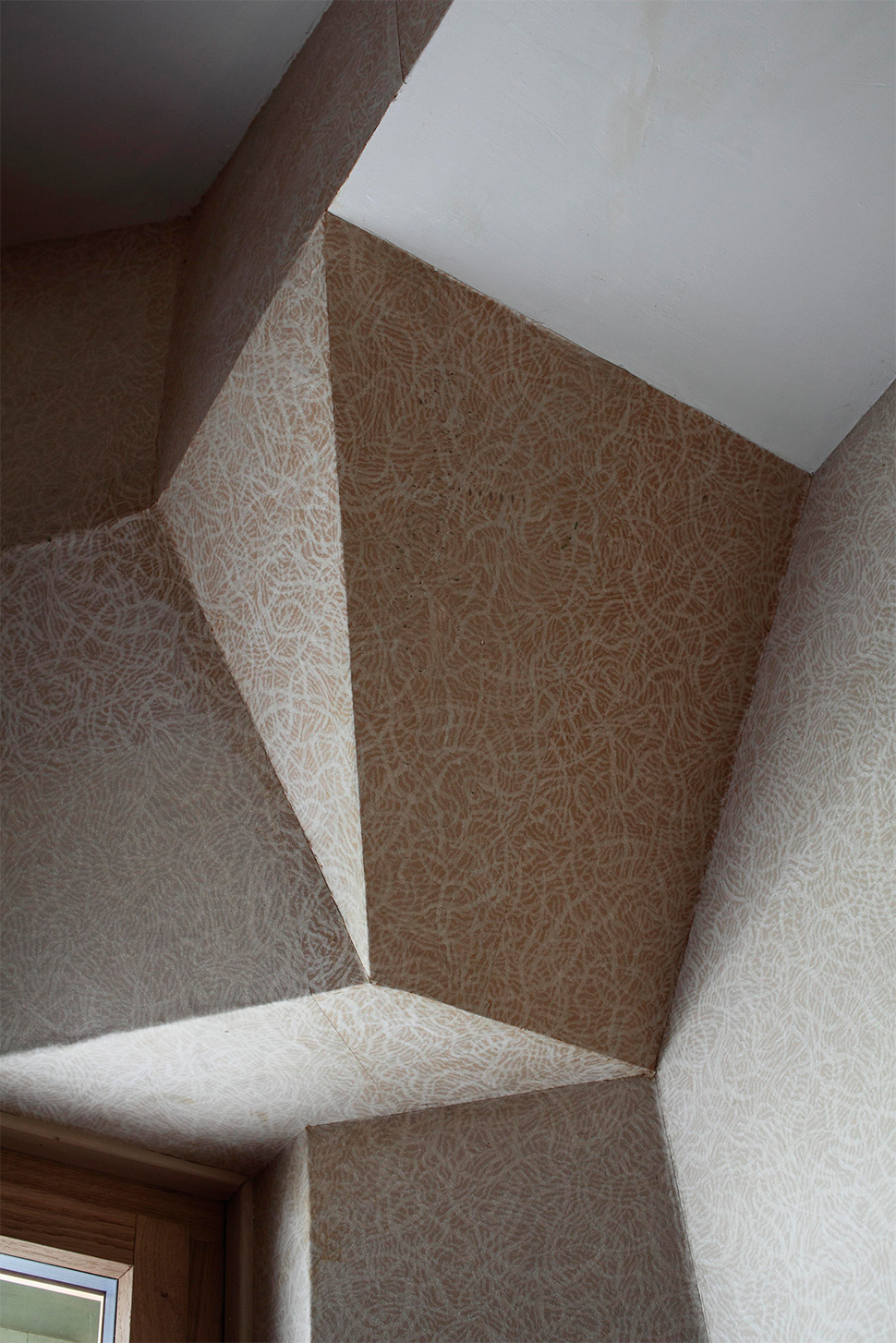 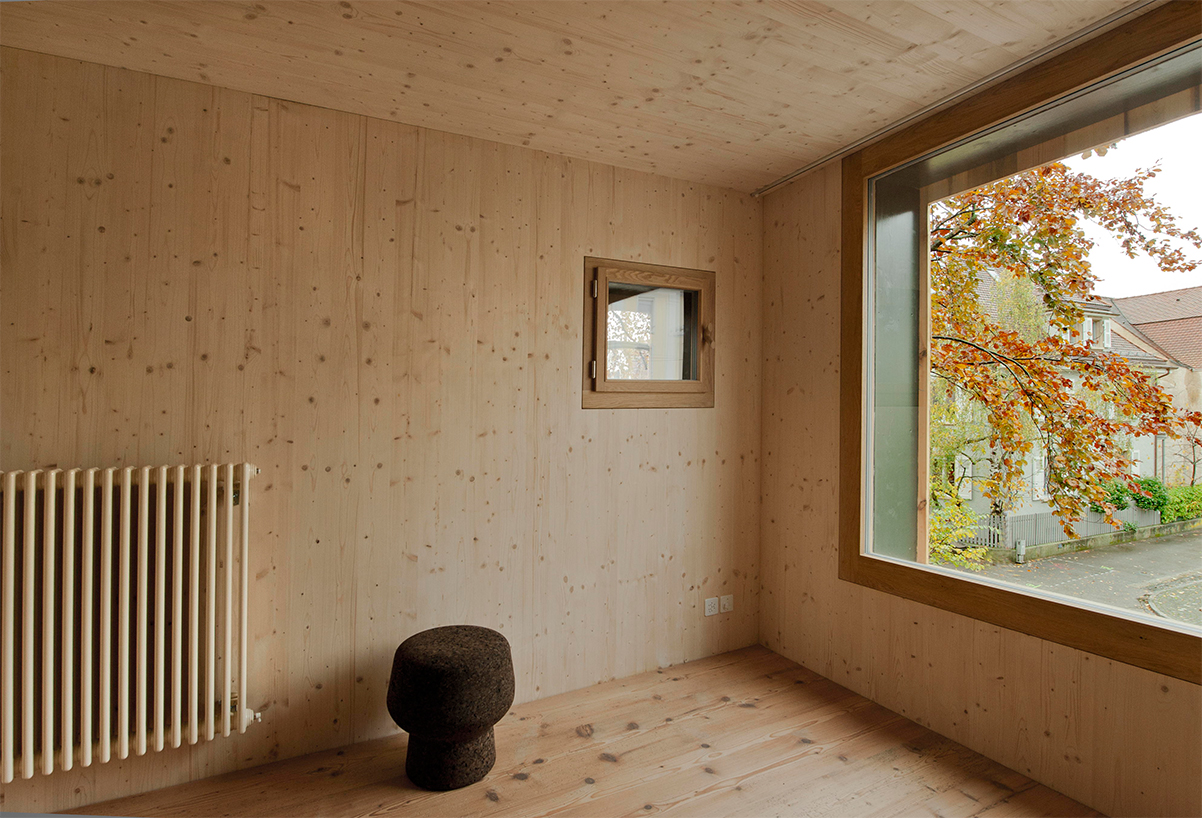 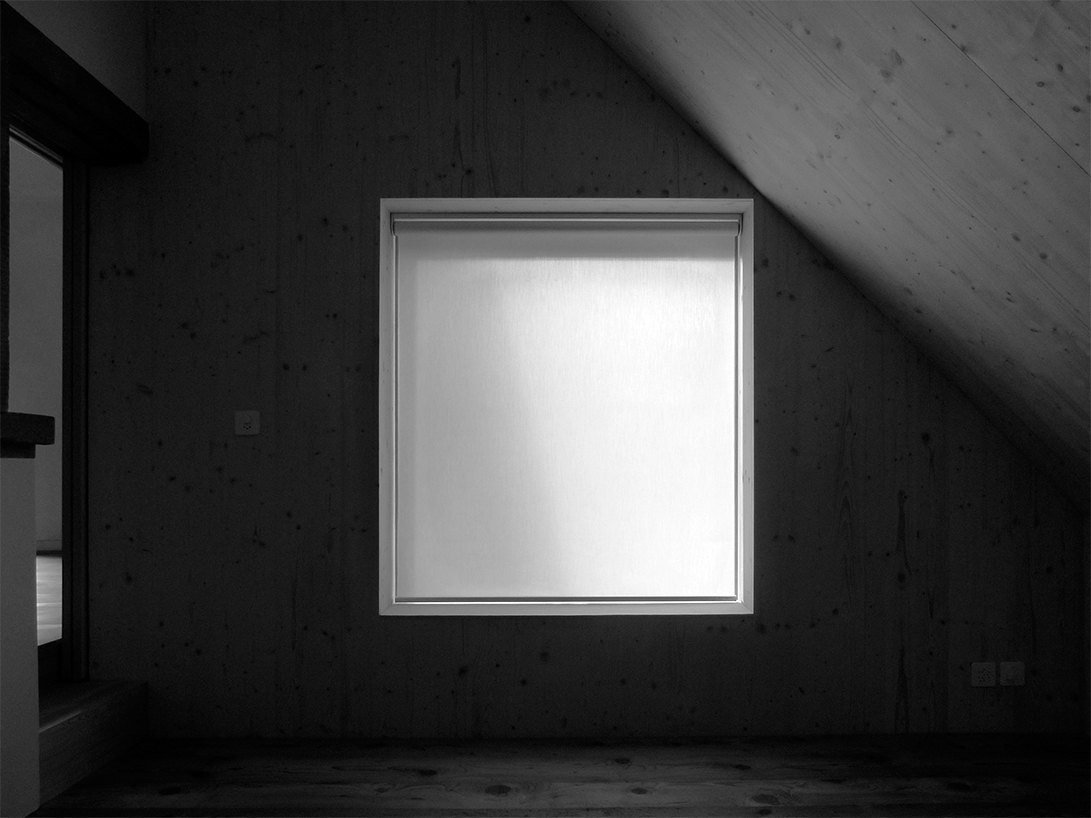 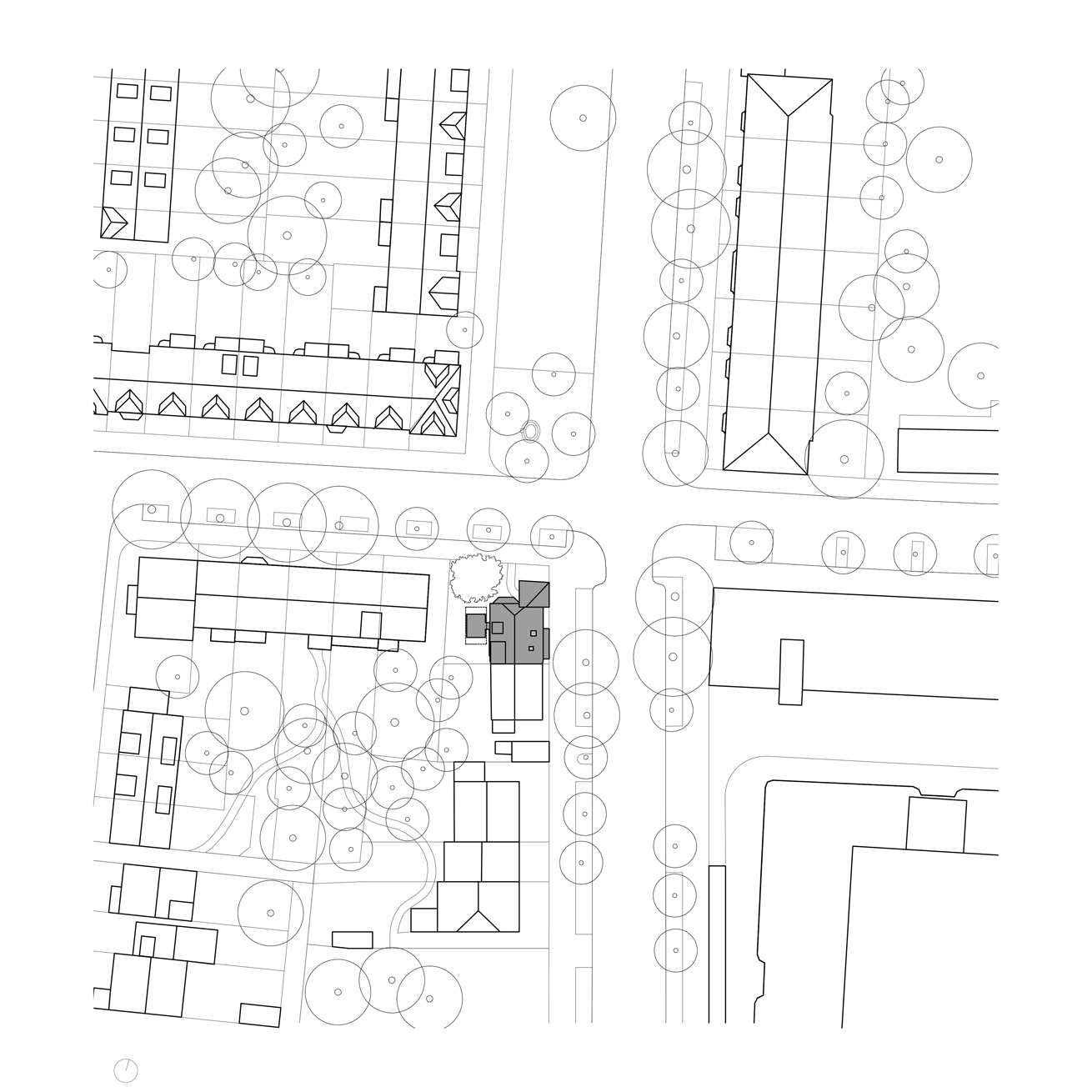 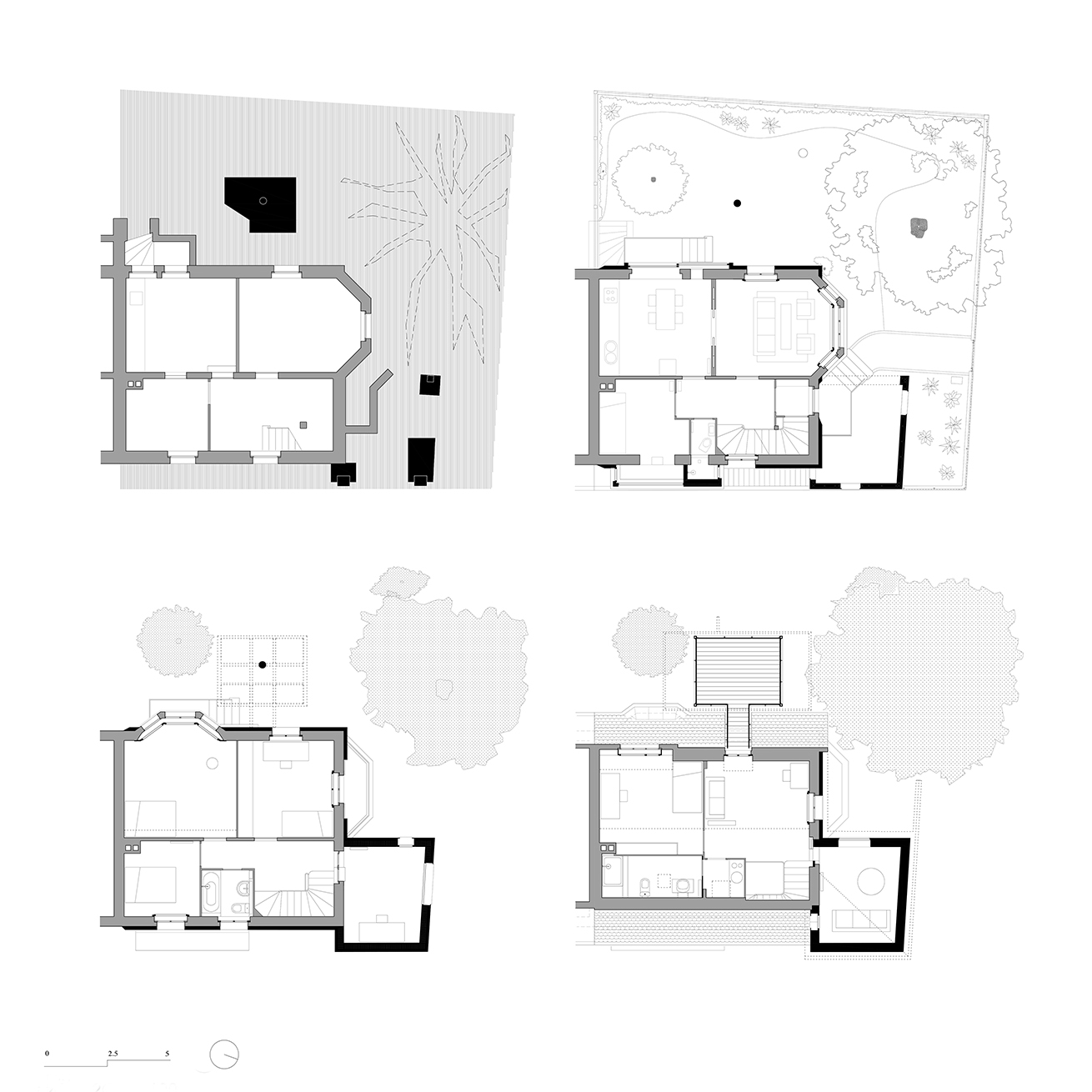 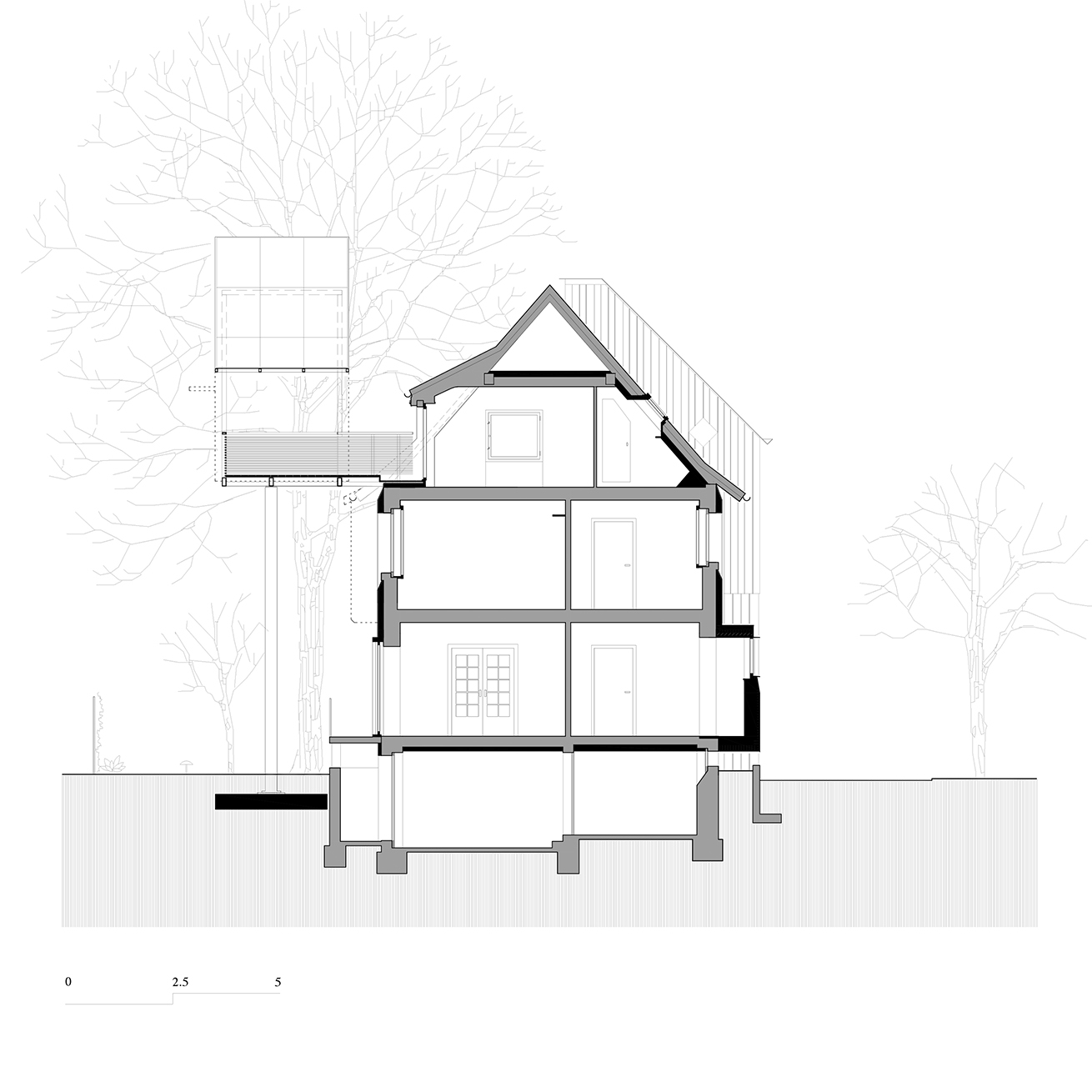 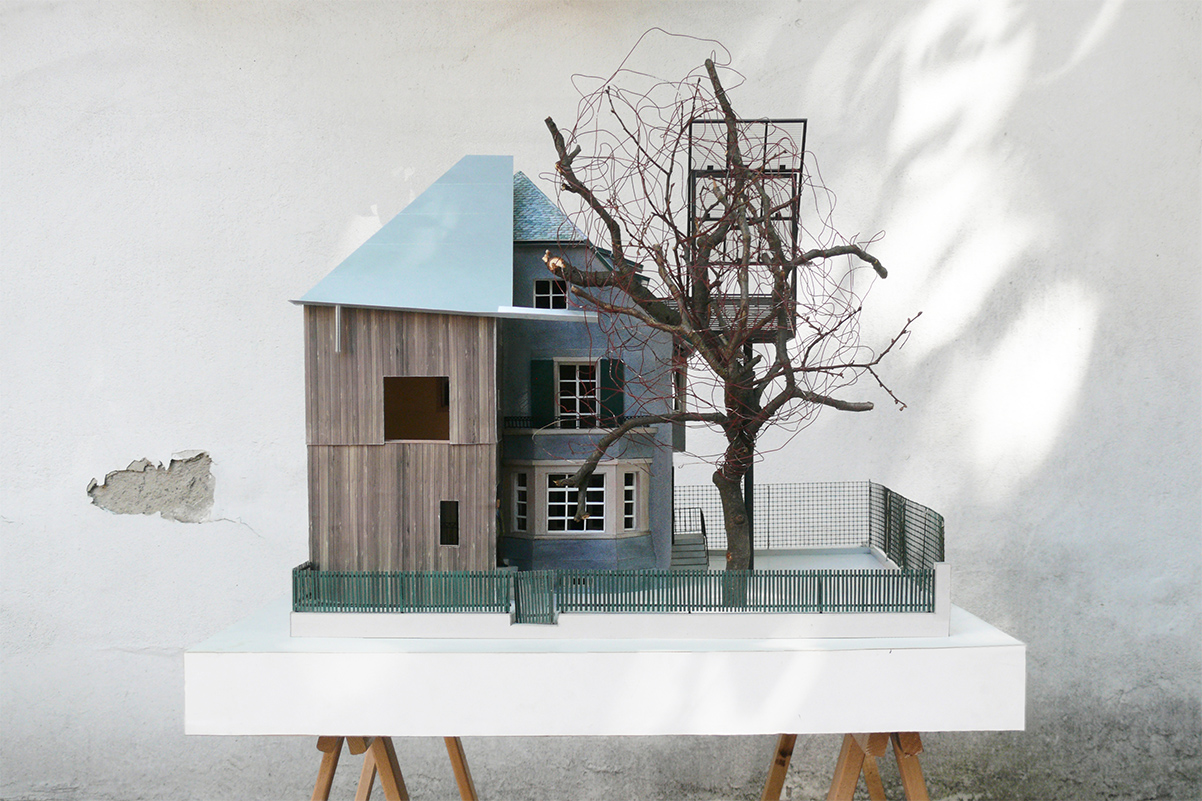 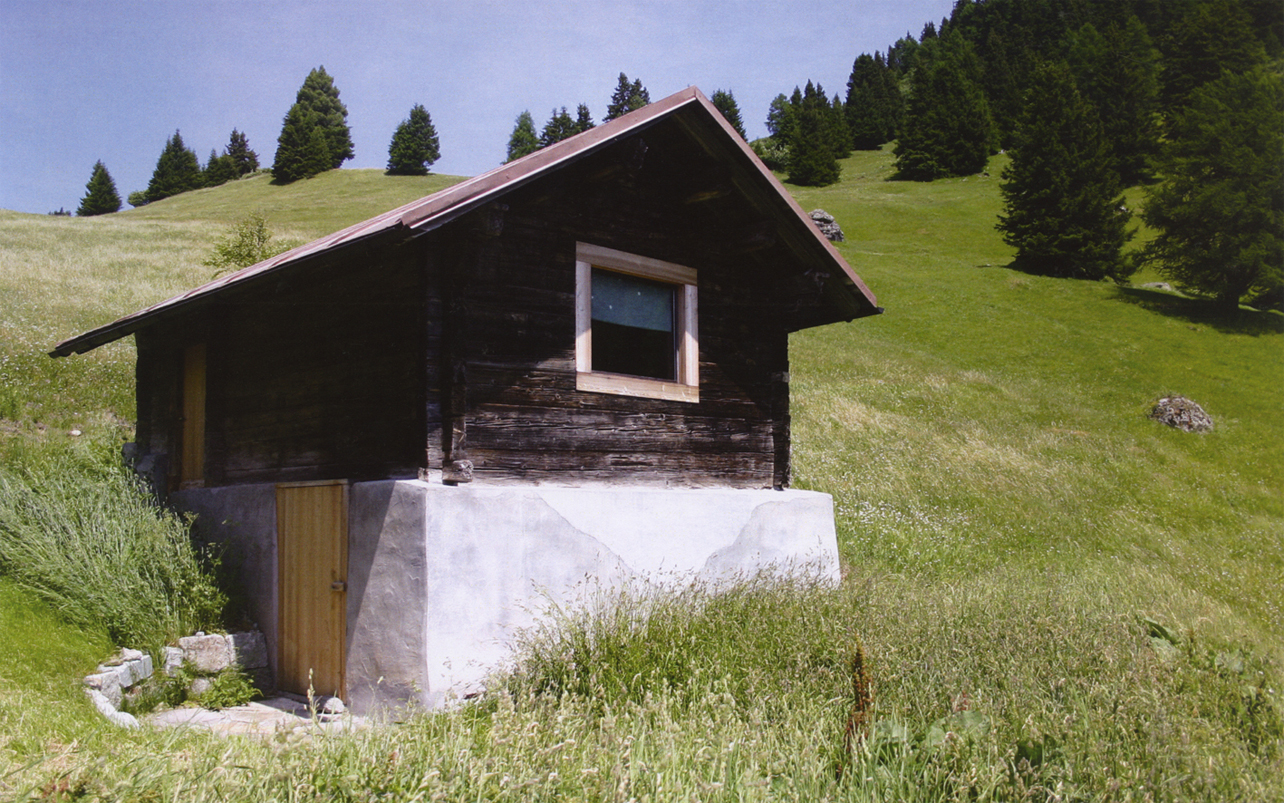 Mountain Cabin The task was to convert an Alpine mountain cabin –…

Tracing the past and inventing the future: playful renovation and extension of an old family house in Basel by Swiss architect Charlotte von Moos and her Austrian partner Florian Sauter.