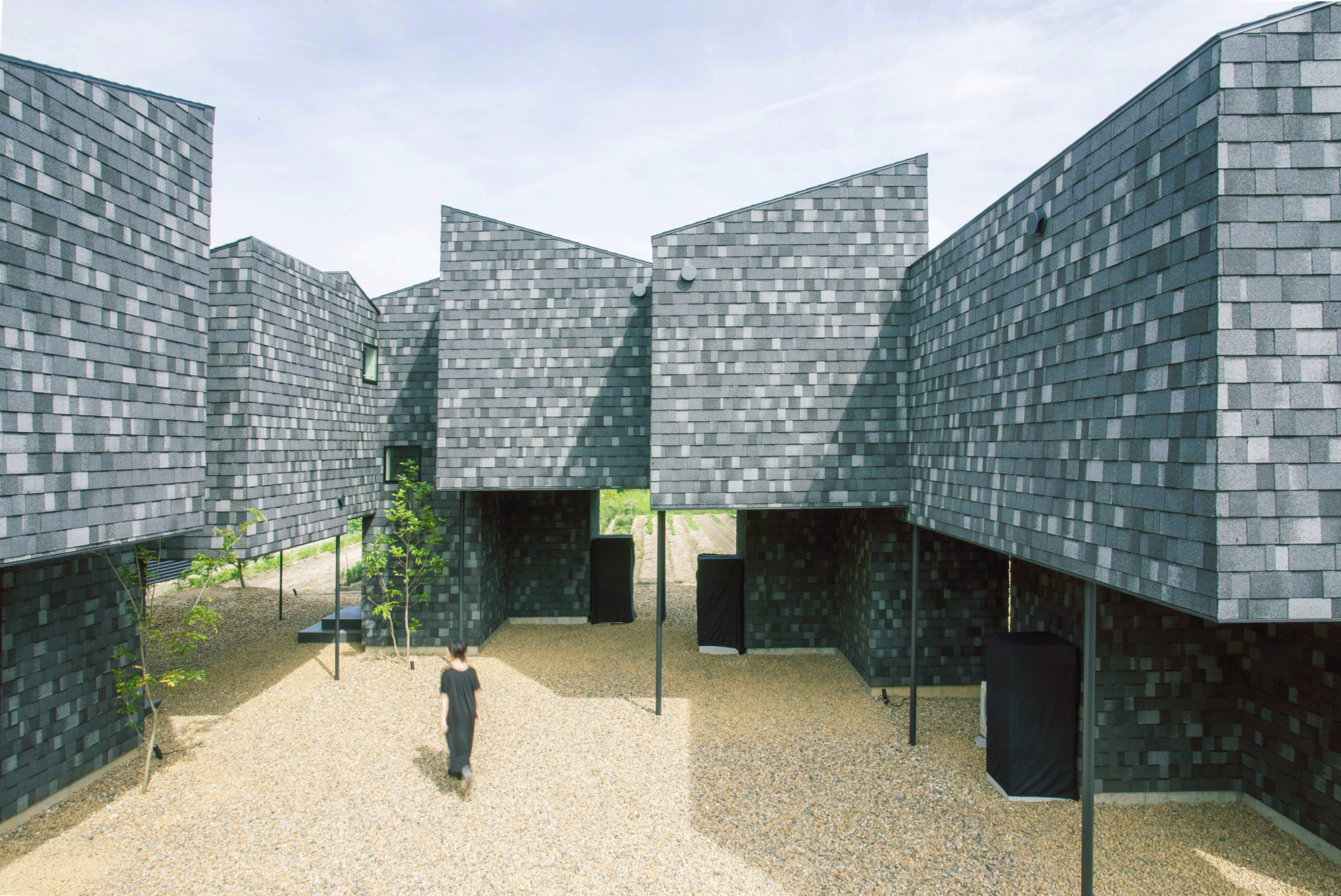 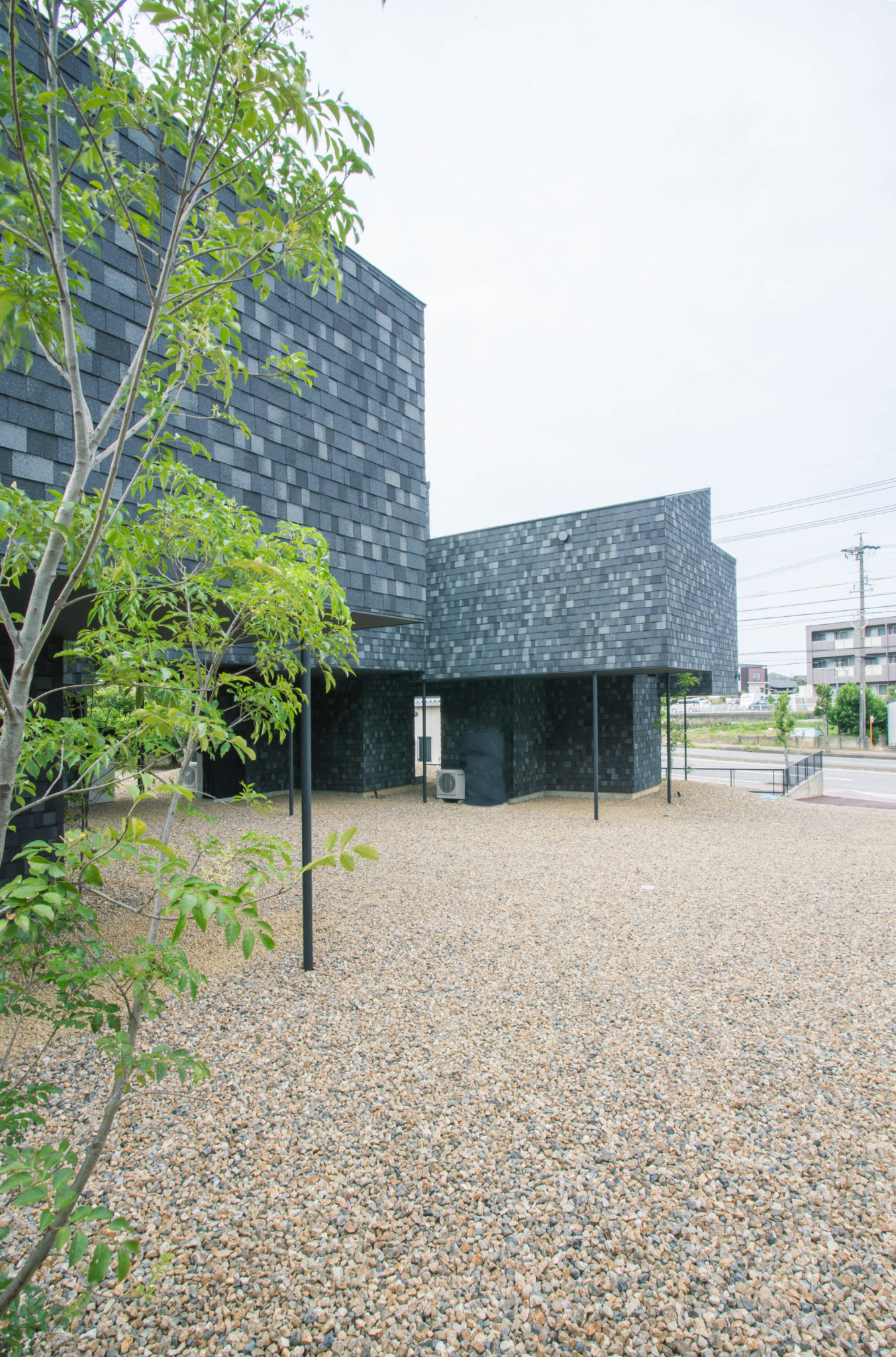 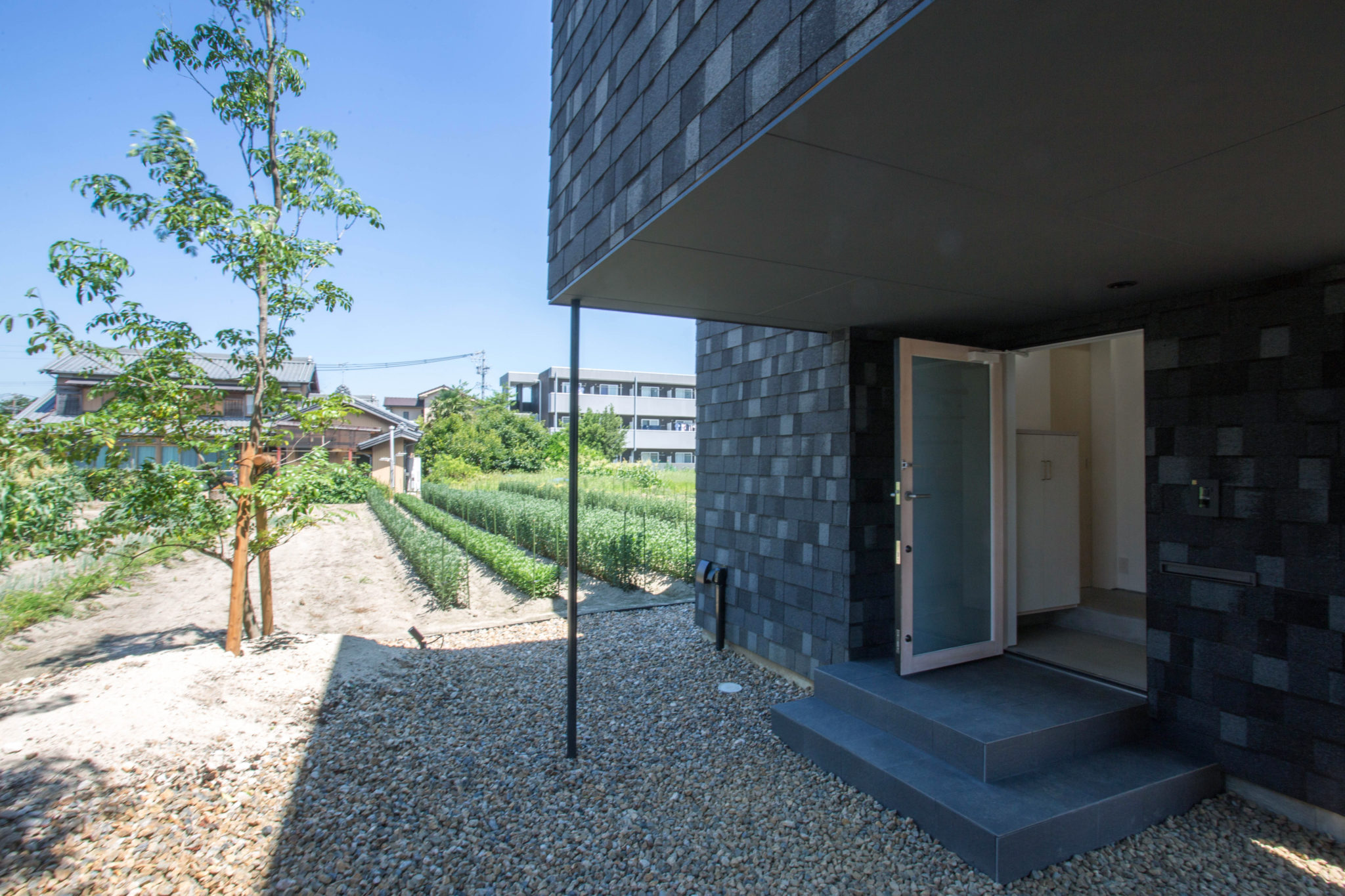 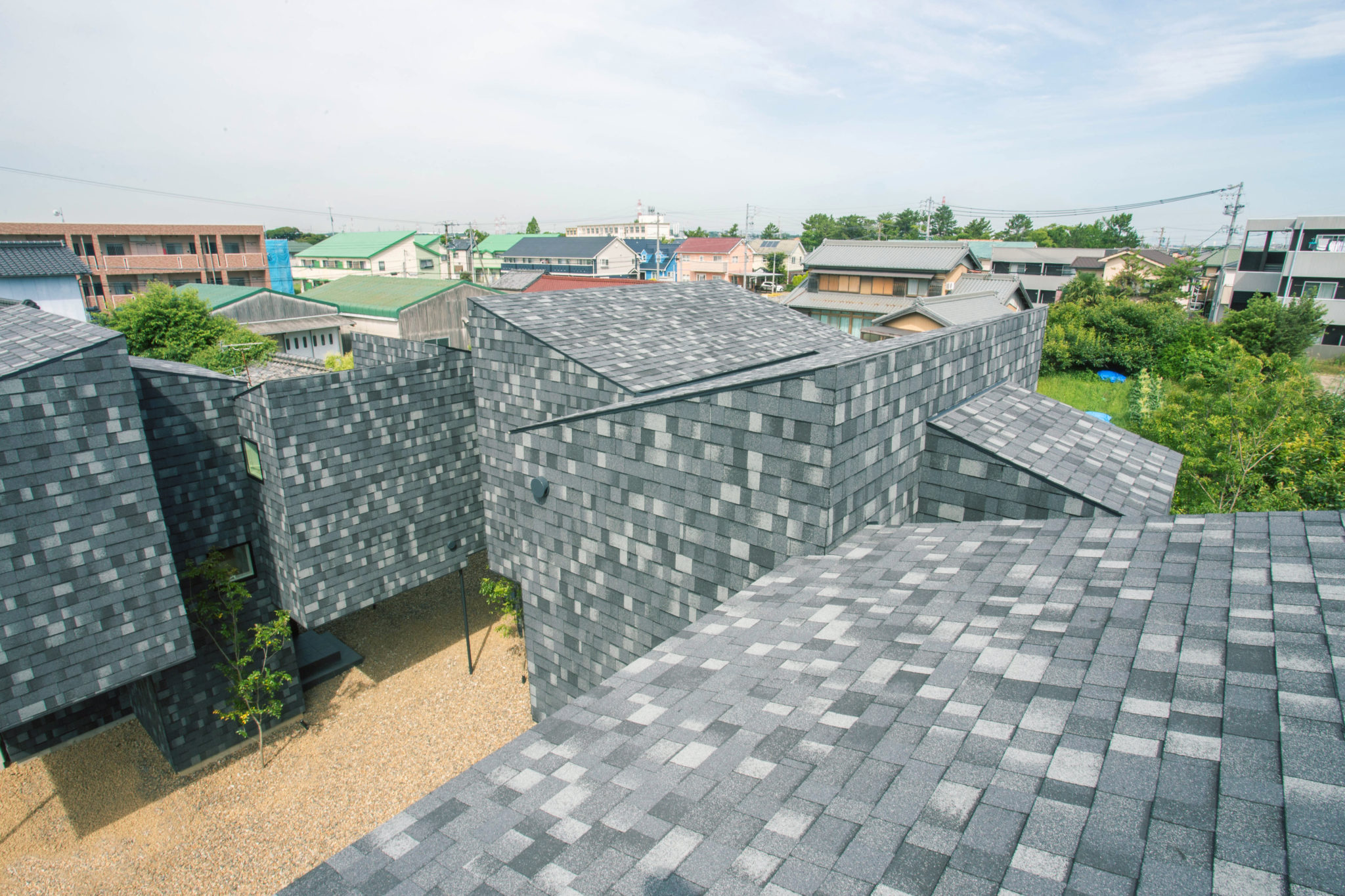 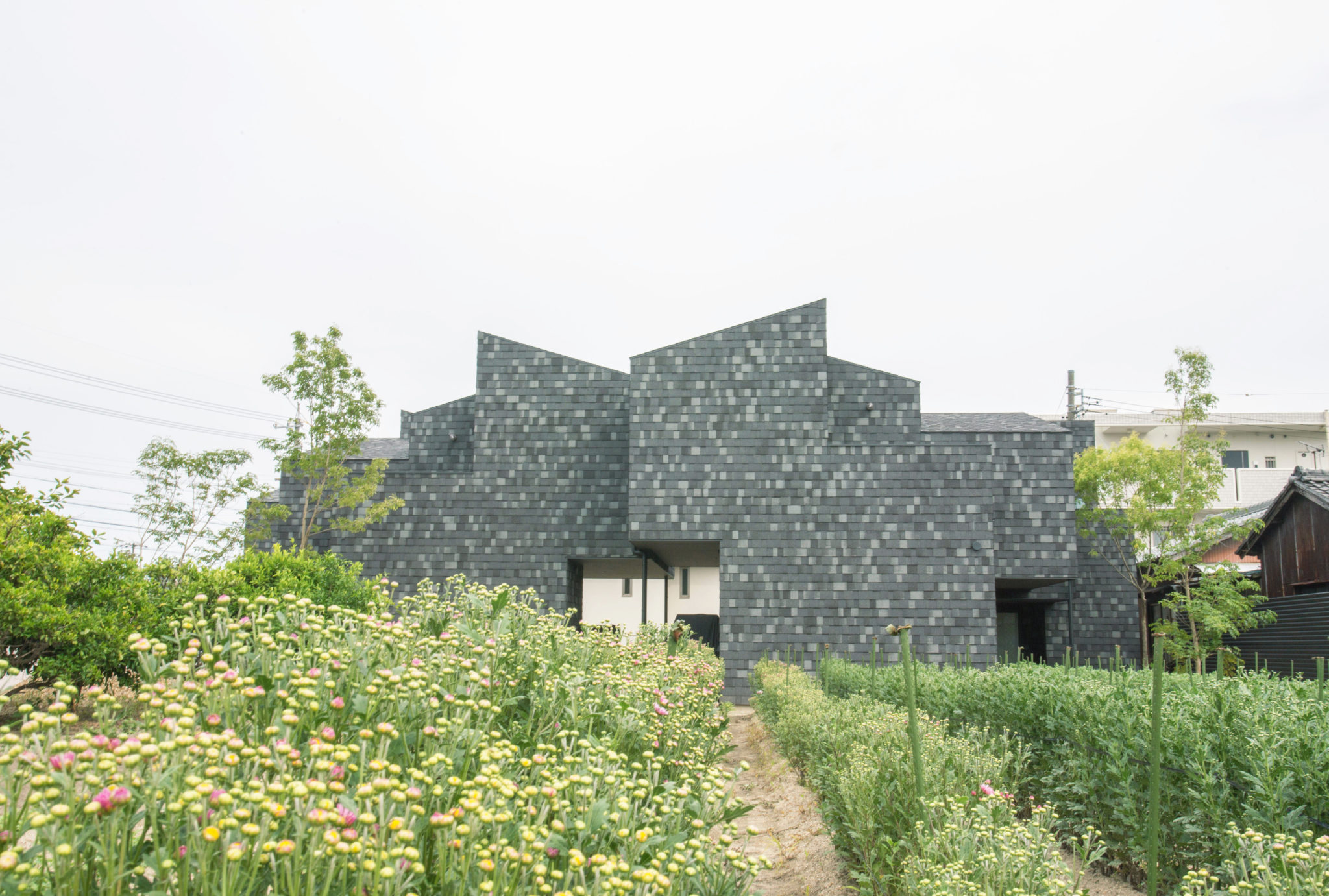 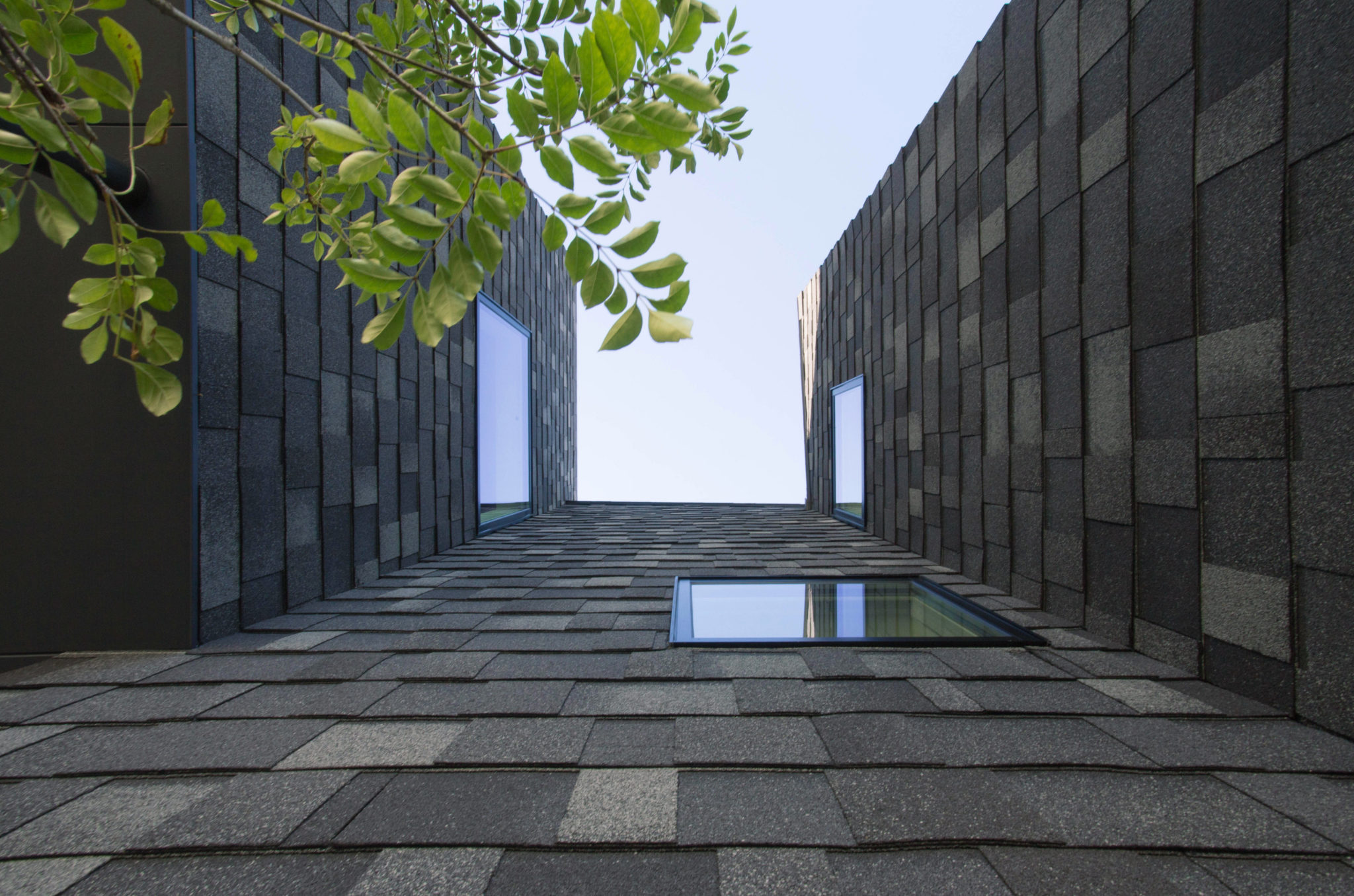 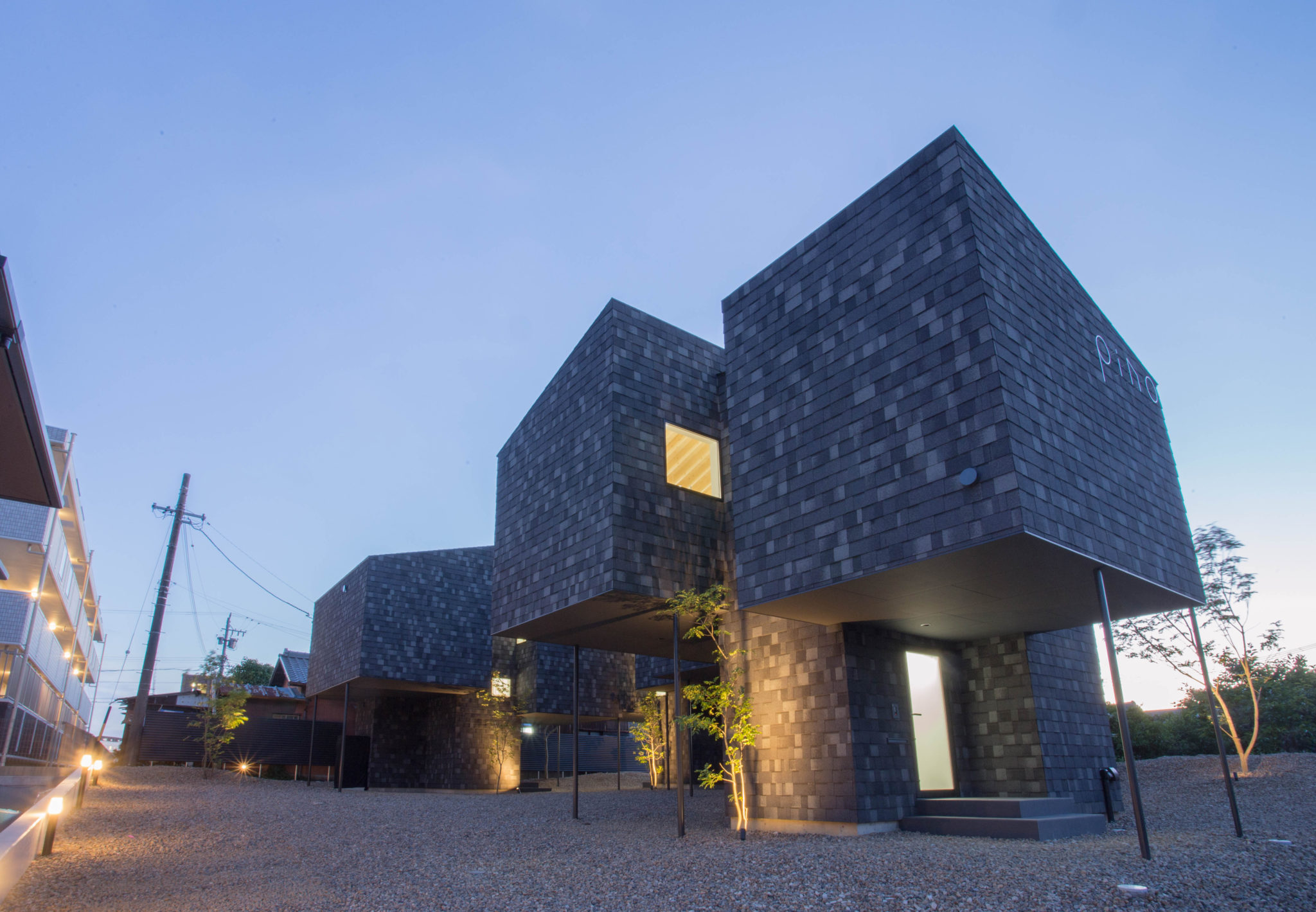 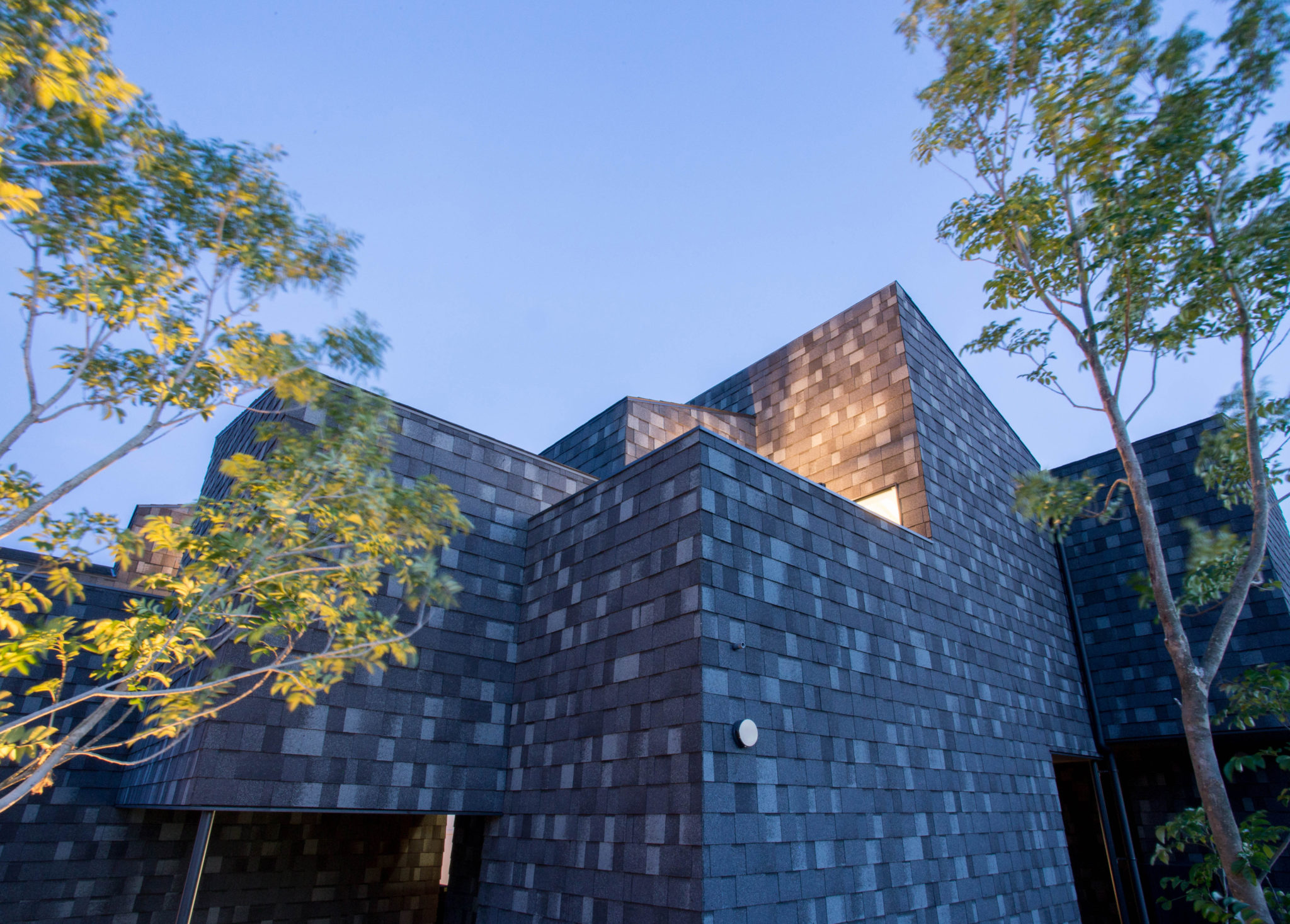 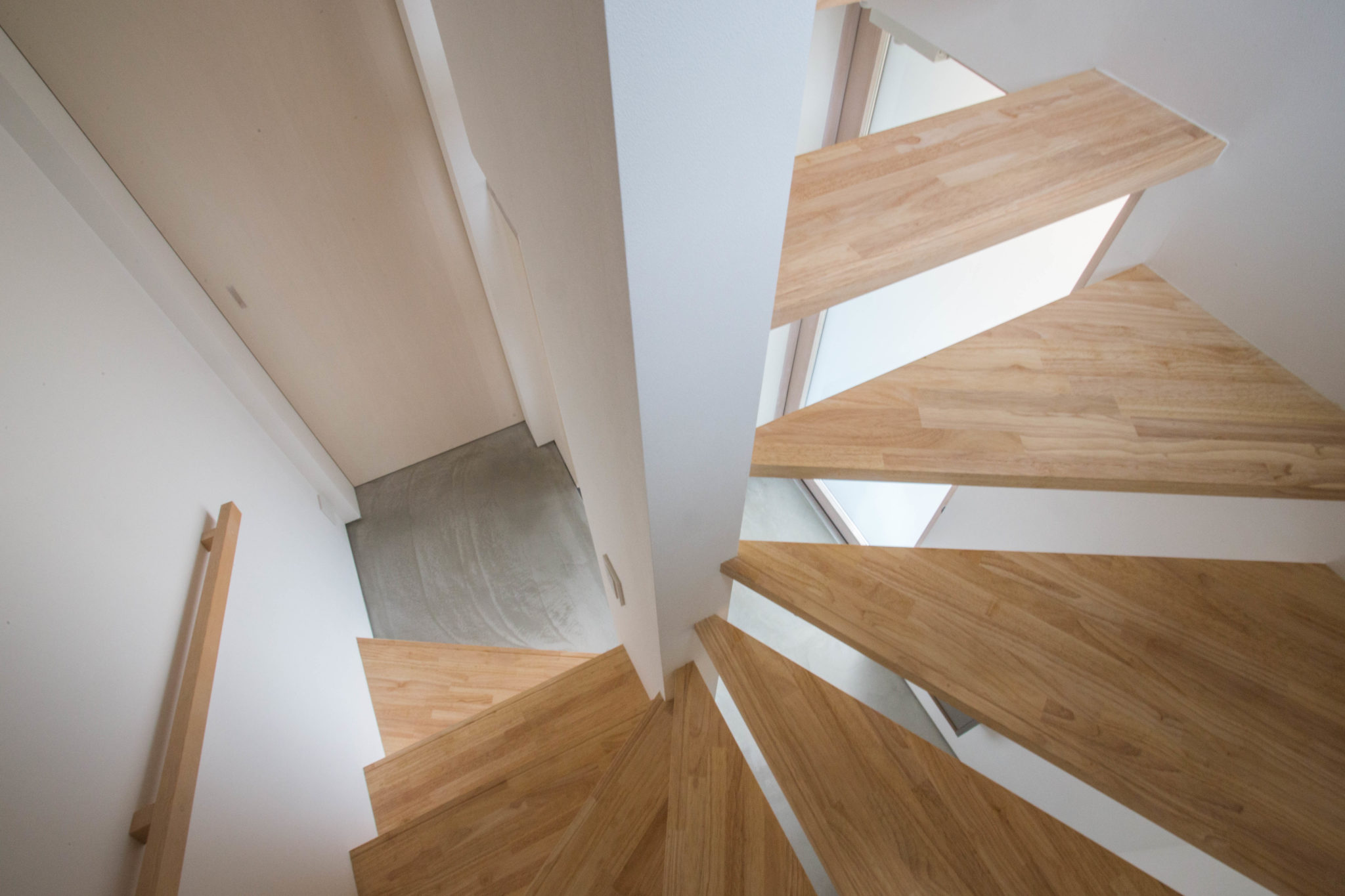 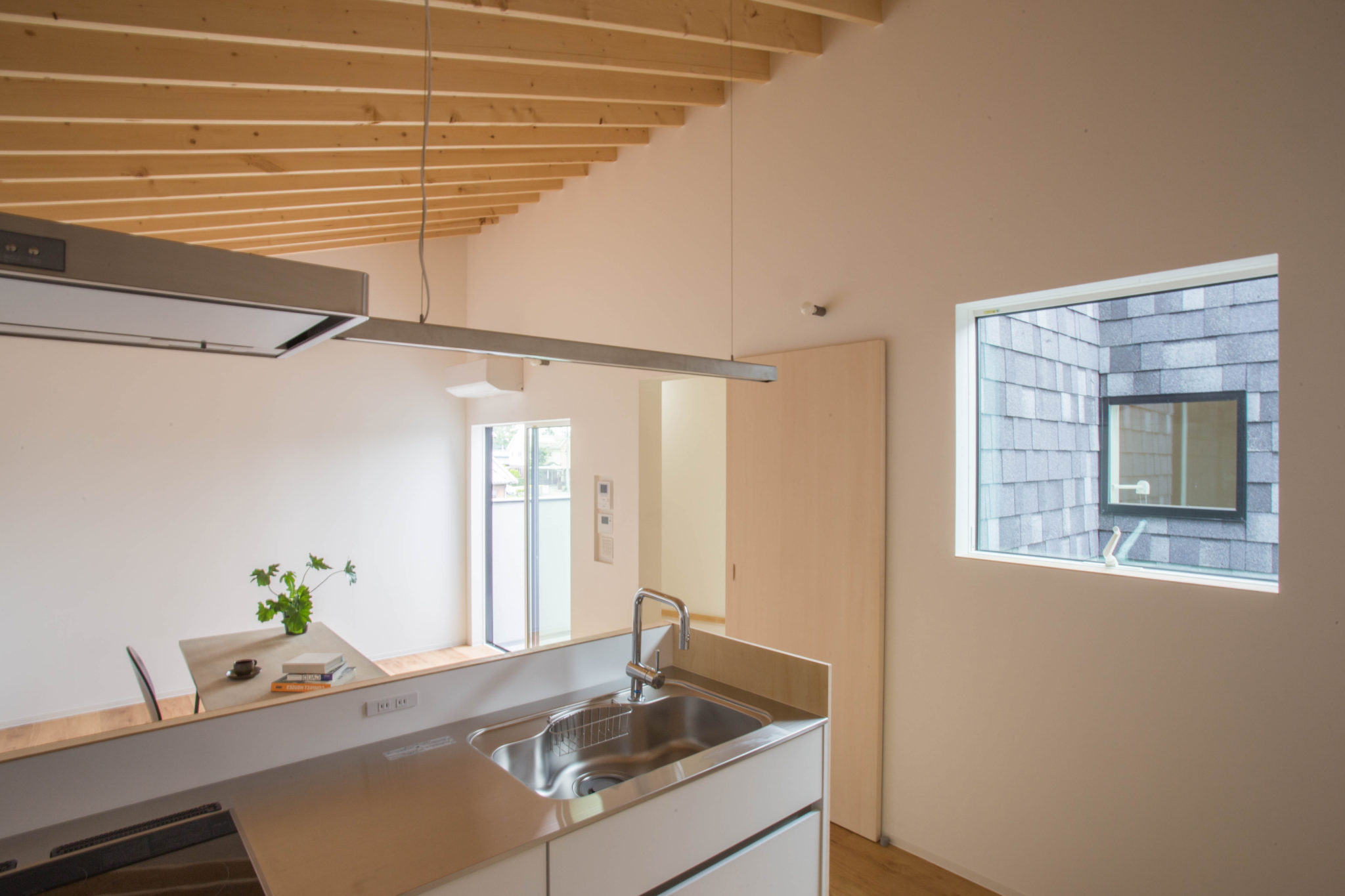 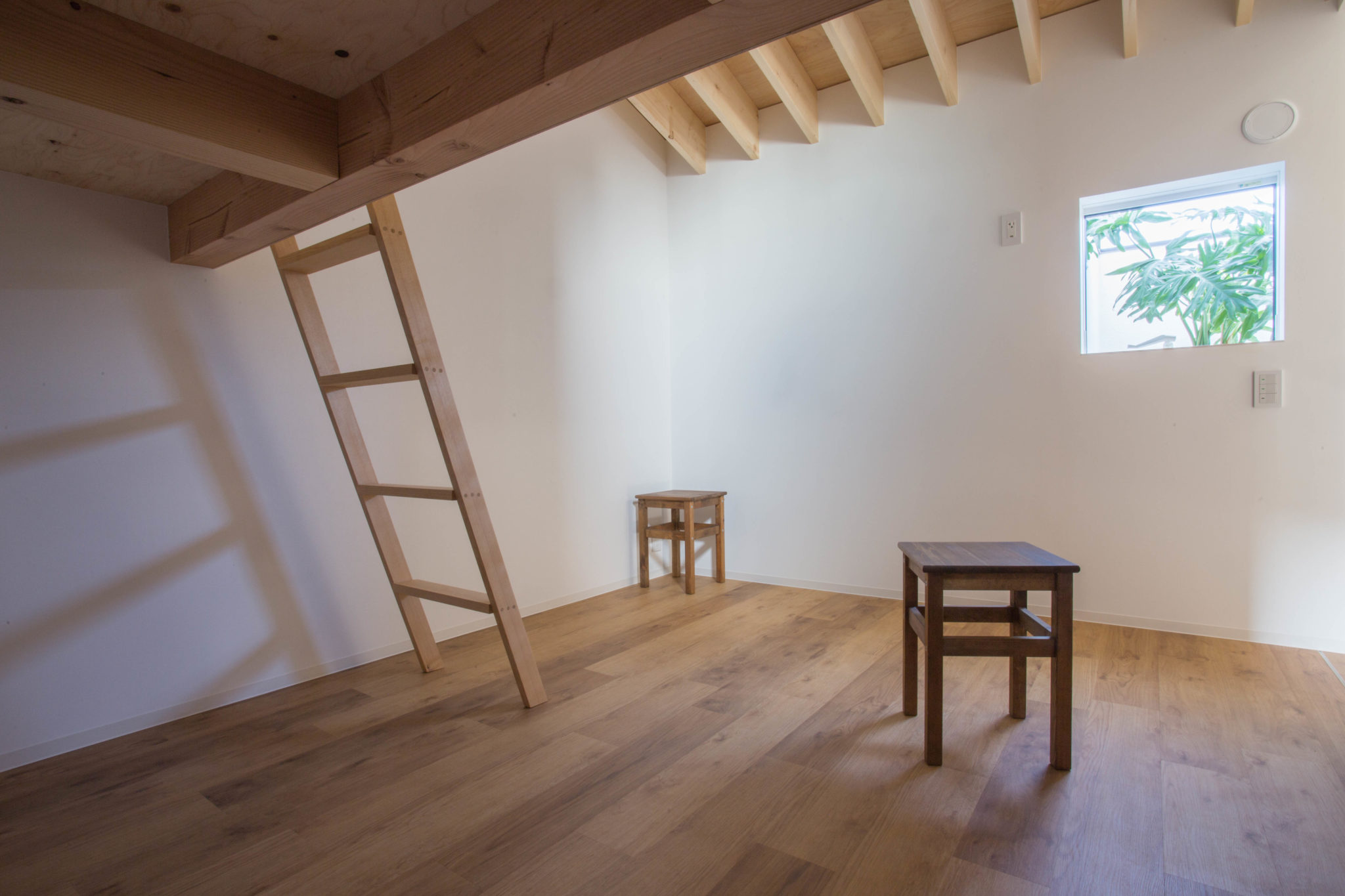 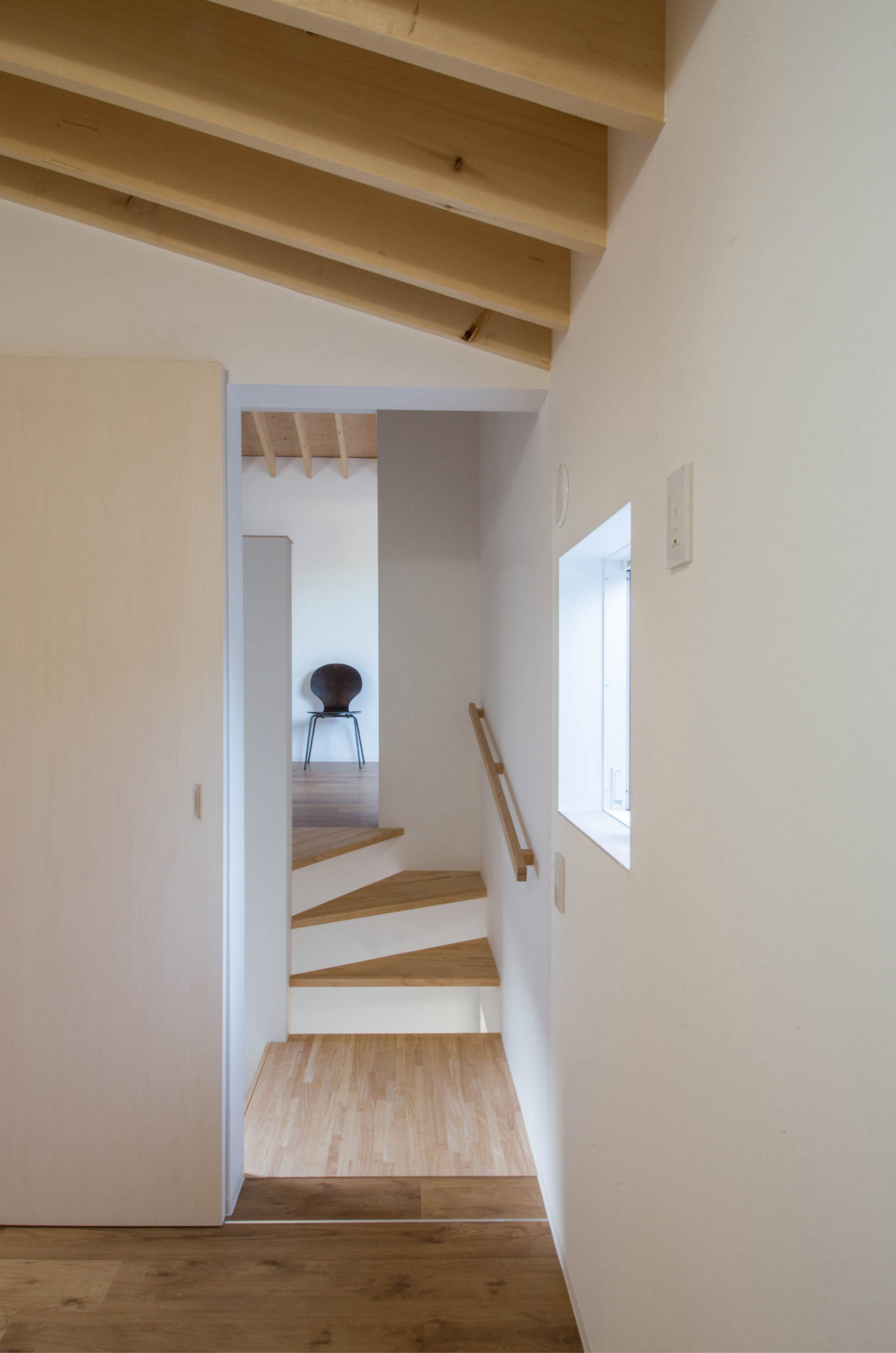 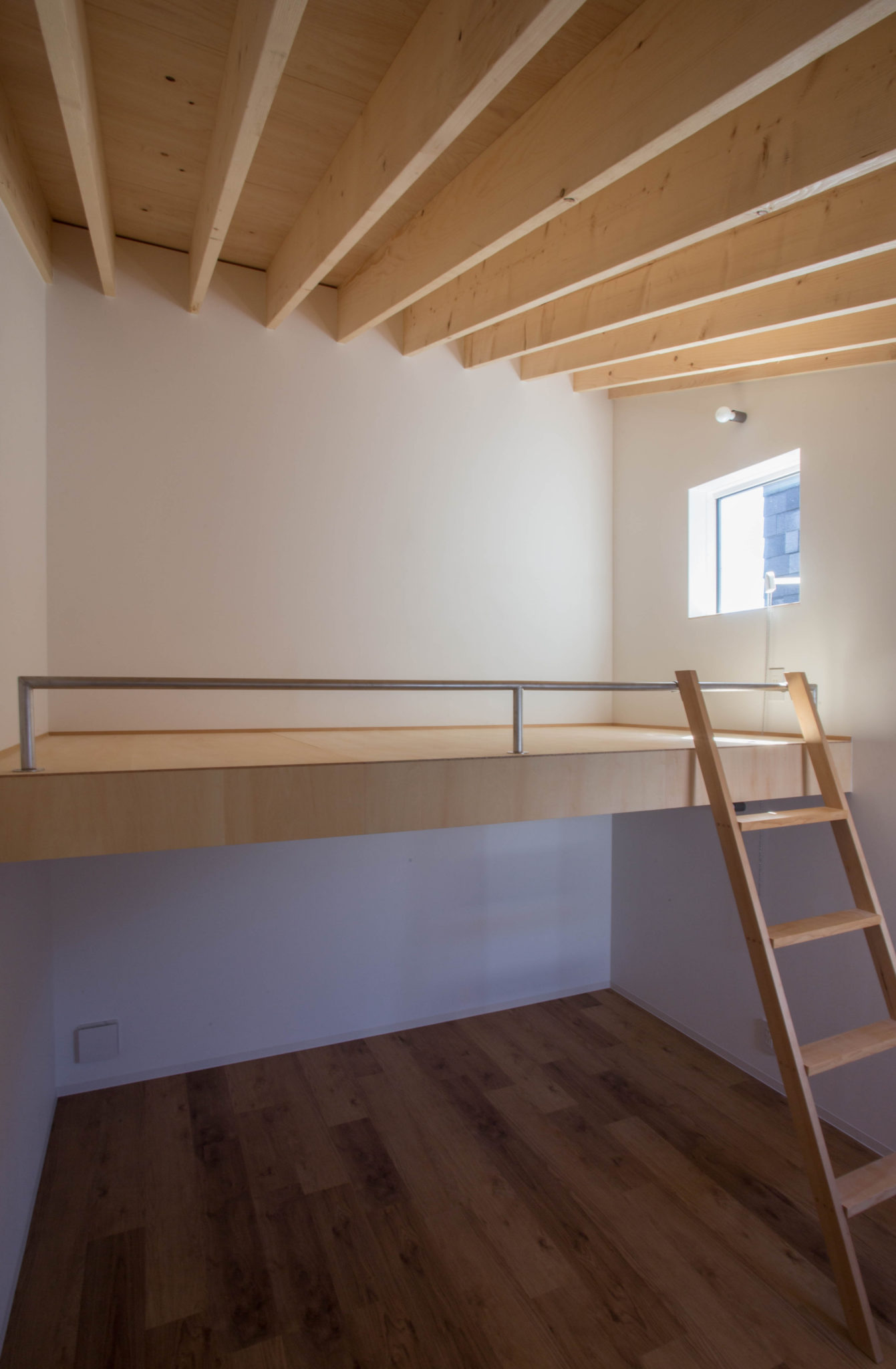 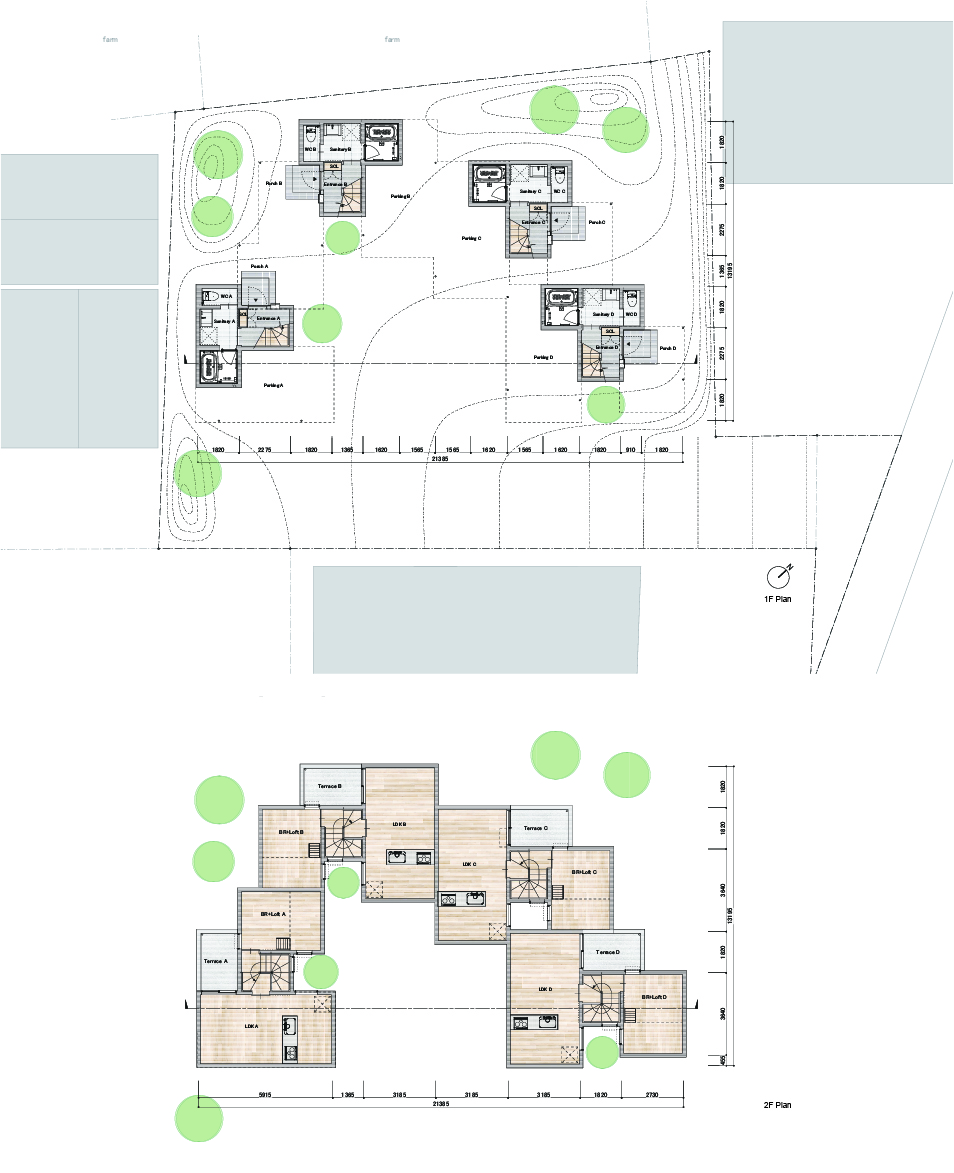 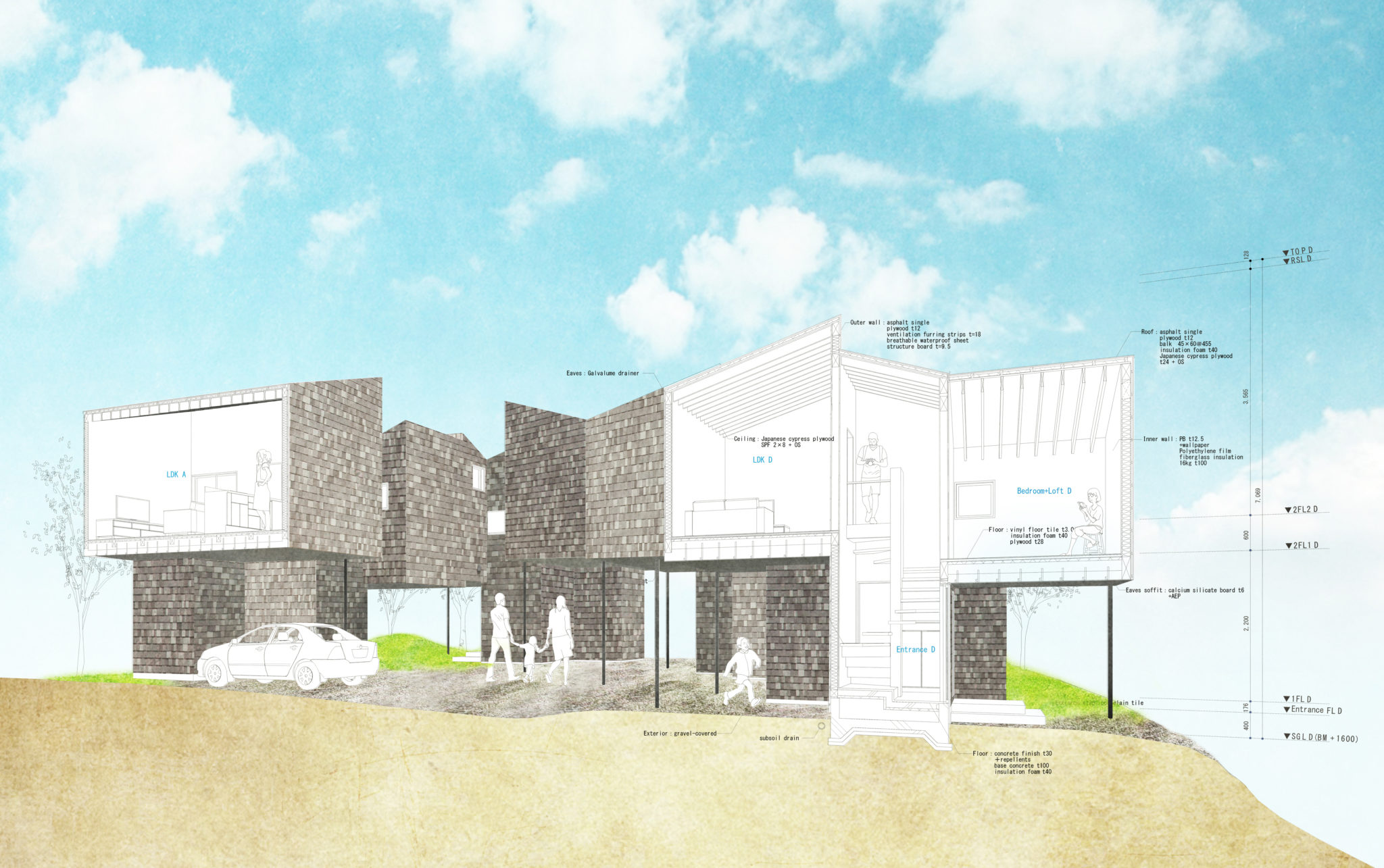 The site is in Kariya city, Aichi Prefecture in Japan, and there are many apartments to the concentration of affiliated companies of major automobile manufacturers in the surrounding area. On the other hand, many green spaces and fields like farm left for development by the Green Land Law remain. The owner has lived in this area for many years and has long been a landowner who owns this site and many others.

When we build a new apartment in a rural area, we think about parking space. Around this site, where household income and marriage rates are high, two parking lots are common to each home. In the surrounding apartment, first, a large asphalt parking space was planned along the front road, and a building was planned in the surplus area inevitably. By such a construction method, a big shadow fell in the adjacent green space and the field, and we felt that it was also negative to the ecosystem including the human being who was brought up there. In this project, we propose a construction method to maintain the continuity of the ecosystem and keep the impact on the environment small when building rental housing in a local city where production green areas remain.

Specifically, the necessary rooms of the apartment were first broken up into each room. And by rejoining them while floating in the air, we tried to open the ground surface and secure the terrestrial ecosystem from the adjacent production green area. Each room floated in the air cannot stand on its own, but it was structured so that each dwelling unit supported each other around the staircase room. As a result, the number of pillars falling to the ground was reduced as much as possible, and the pillars were made as thin as the planting stems of the exterior garden. We plan based on biological rationality to choose the most suitable pillar diameter depending on condition so that trunk becomes thick as the height of plant becomes taller. The whole is connecting the 4 units of the same plan while rotating or reversing to increase the economy and rationality. In addition, we made a layout plan based on sun conditions and the surrounding environment. By building all the roofs and outer walls with the same material finish, this group of buildings is planned to form a forest with overlapping leaves. The uneven shape mixes the life of the resident with planting and animal ecosystems equally, and dissolves in surrounding ecosystems. Operation to ecosystem including human beings leads to improvement of value as rental housing including solution to noise problem with neighboring door and securing of covered parking. 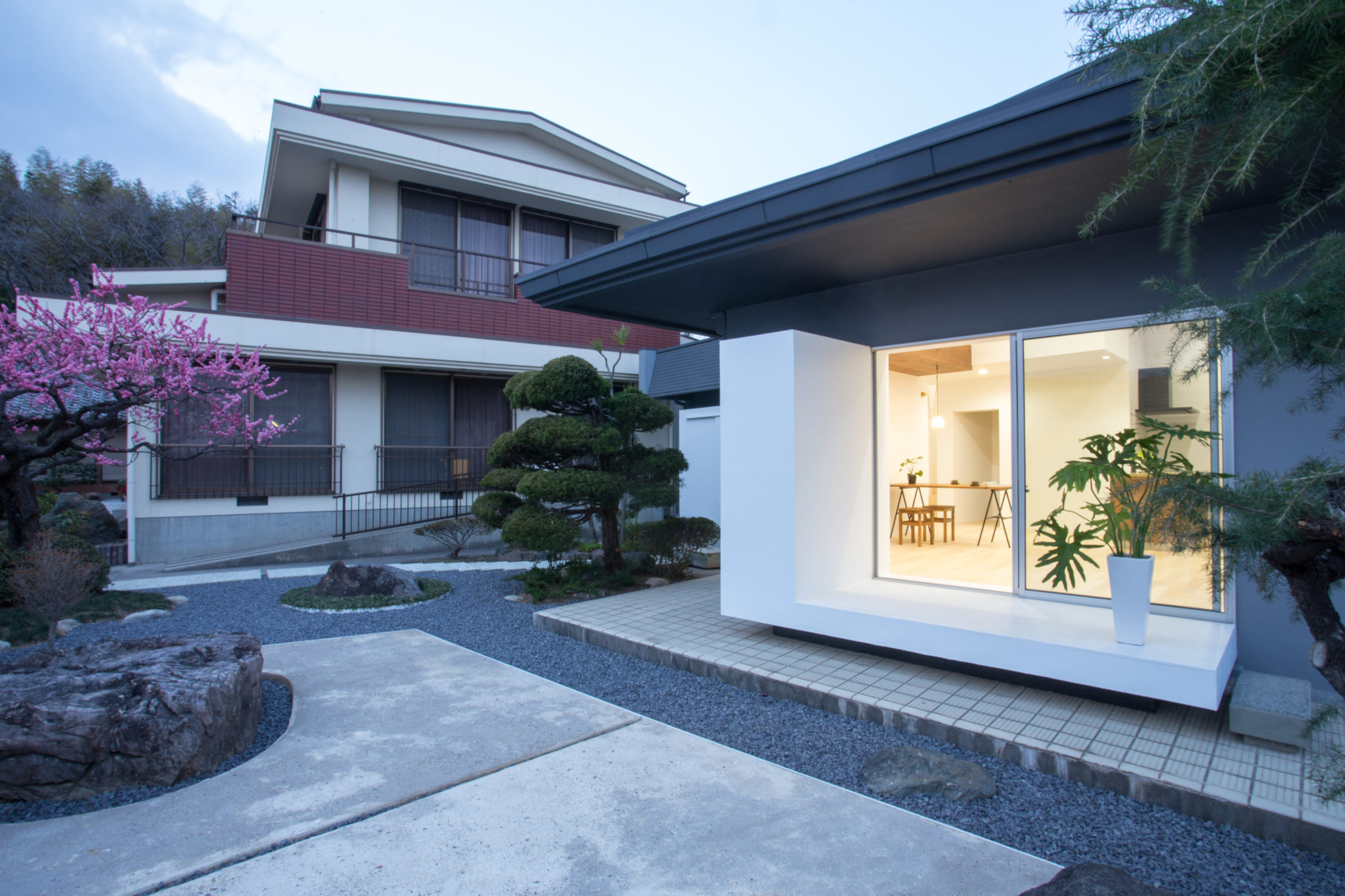 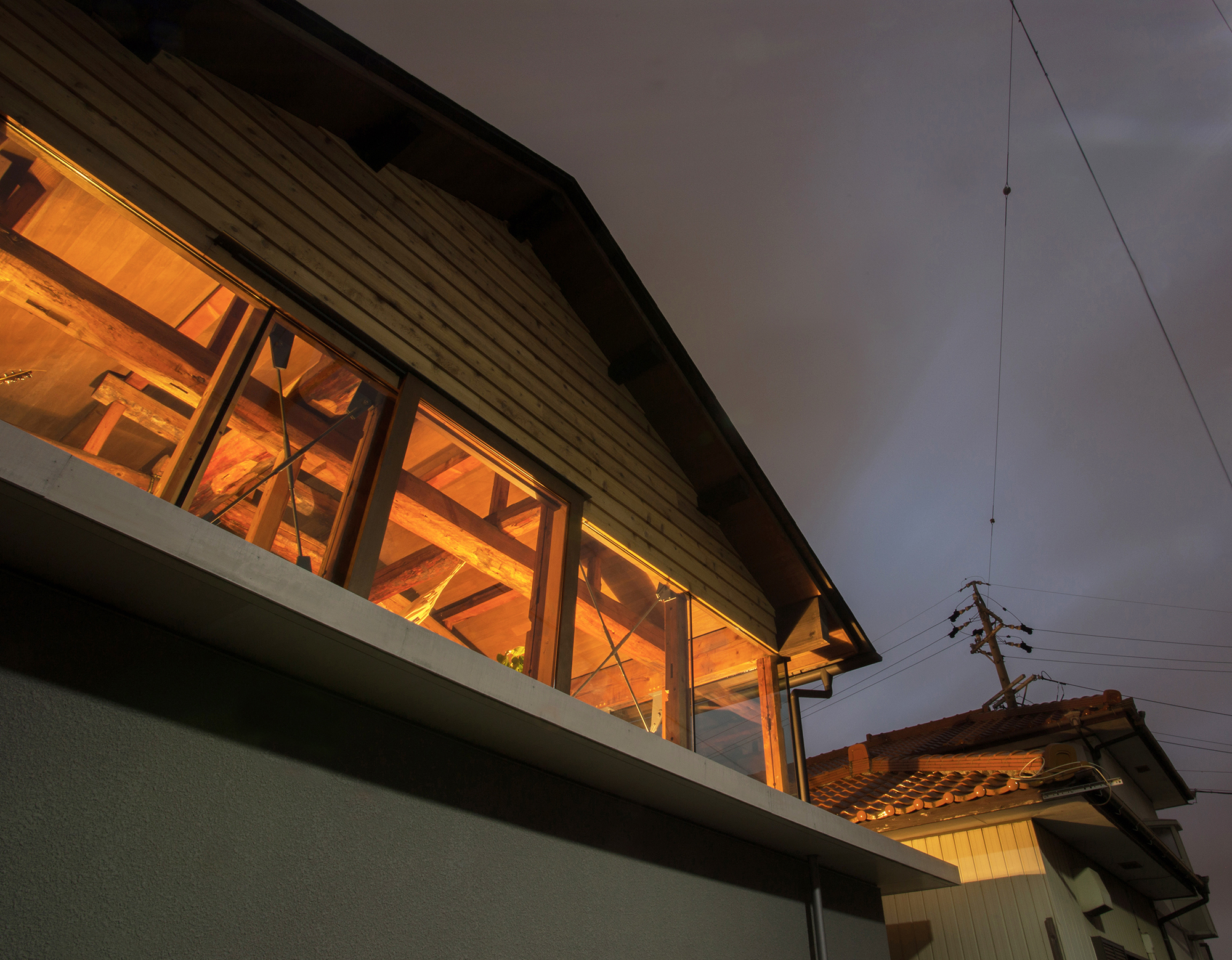 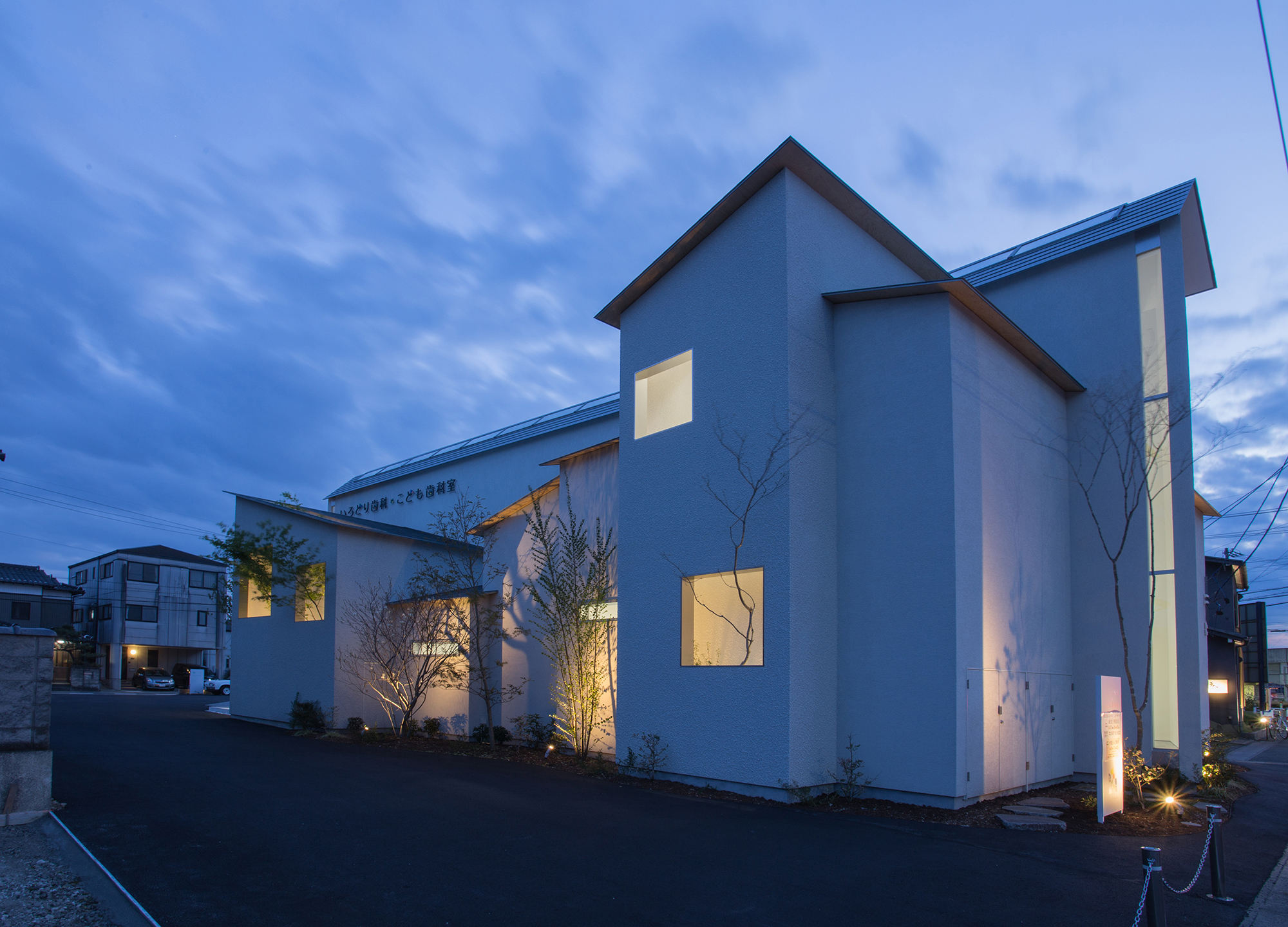