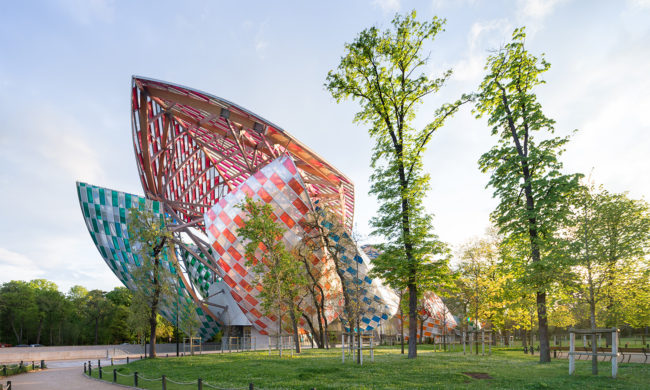 Daniel Buren, “ The Observatory of Light” Work in situ

“The transparency and quality of a colour projected by means of a coloured fliter, as I see it, make it much more alive than painted colour covering a surface” Daniel Buren 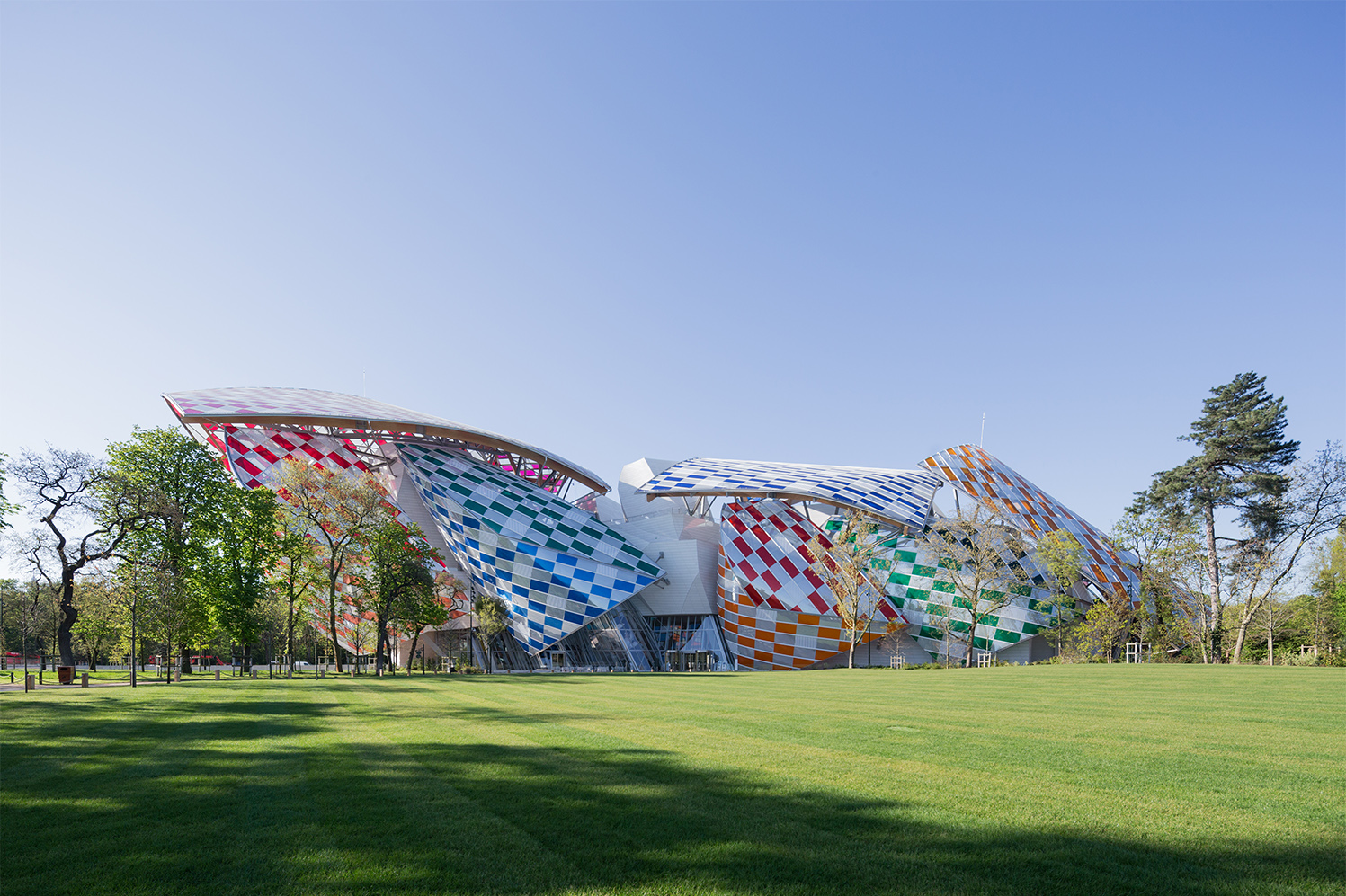 In line with Fondation Louis Vuitton’s commitment to contemporary creation and encouragement of innovative encounters with its architecture, as of 11 May 2016 the Fondation Louis Vuitton presents a temporary work by Daniel Buren. Developed in close dialogue with the building by Frank Gehry – whose architecture serves as an inspiration to artists – “ The Observatory of Light” is installed across the glass ‘sails’, the emblematic feature of the building. 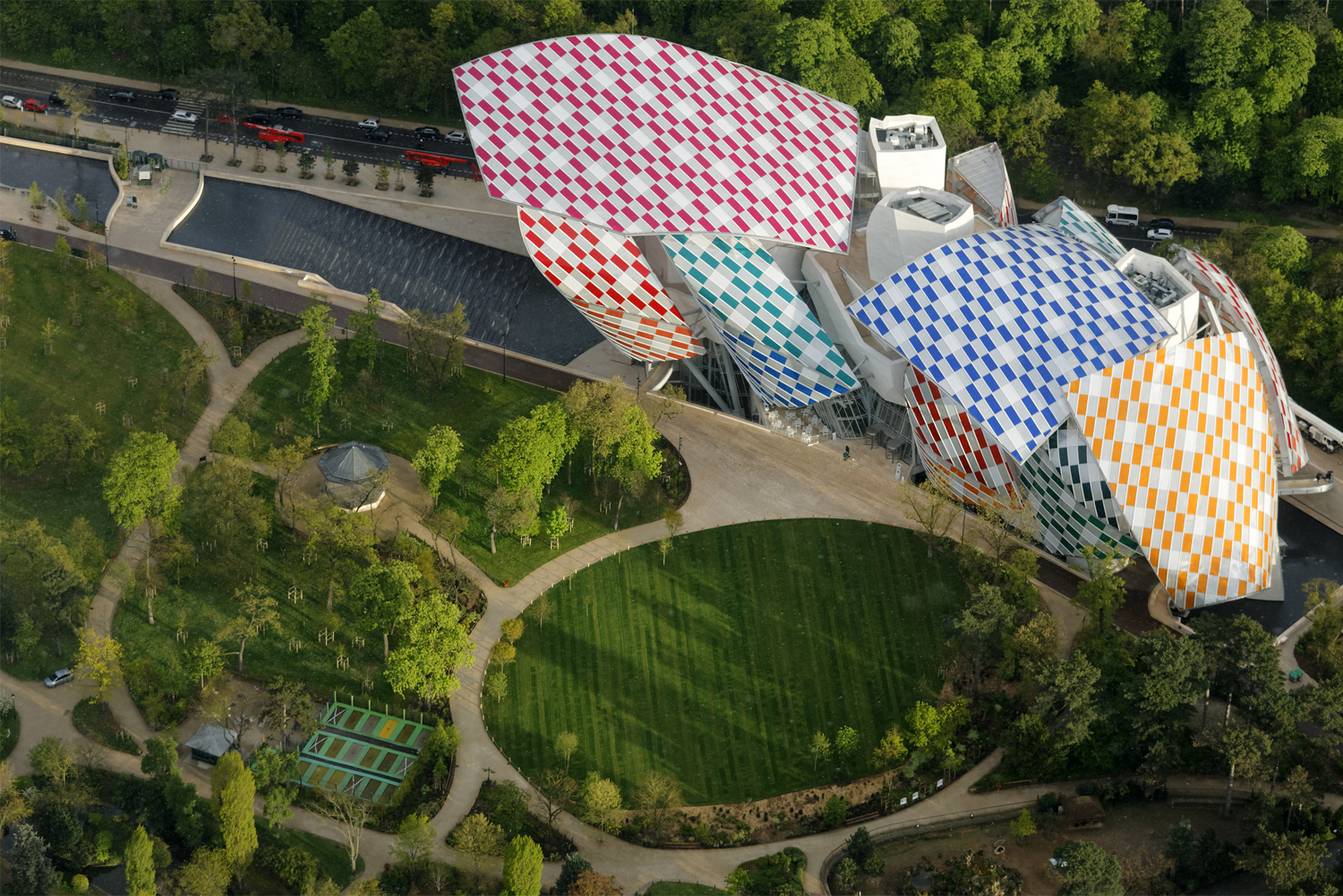 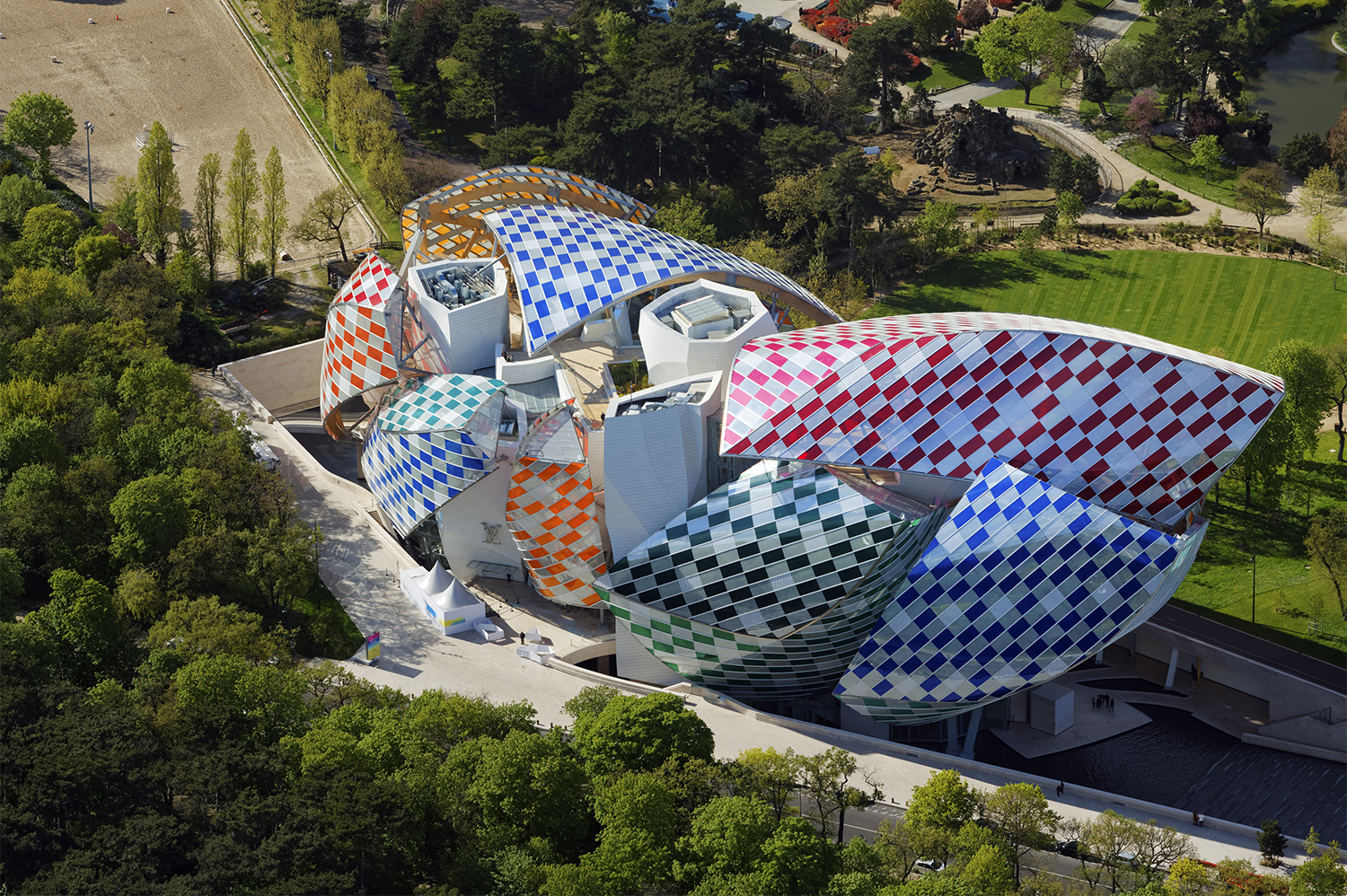 The twelve ‘sails’, formed of 3,600 pieces of glass, are covered by a staggering array of coloured lters that are in turn punctuated, at equal distances from one another, by alternating white and blank stripes perpendicular to the ground. e thirteen selected colours make coloured forms appear and disappear, ever-changing with the time of day and the season. 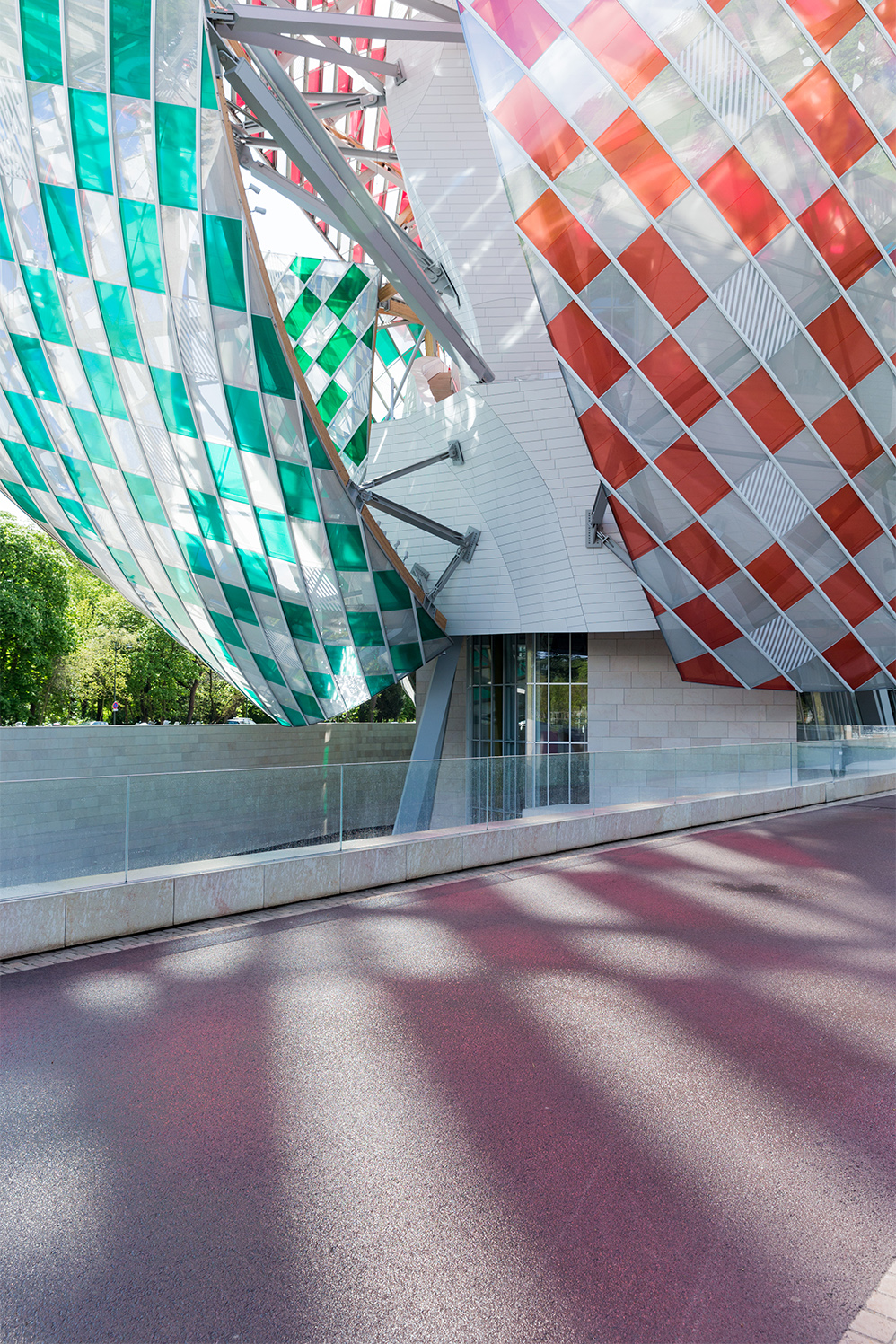 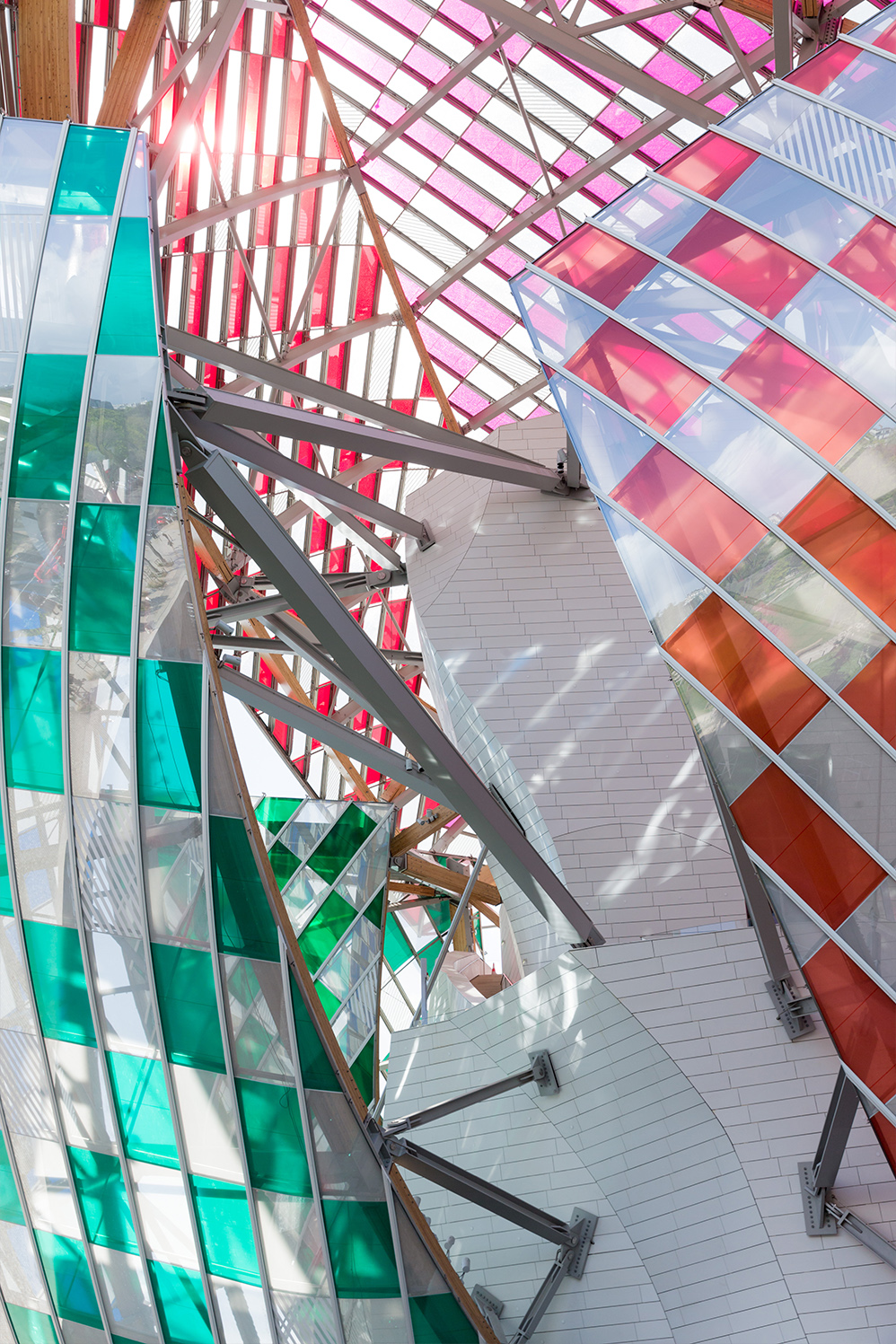 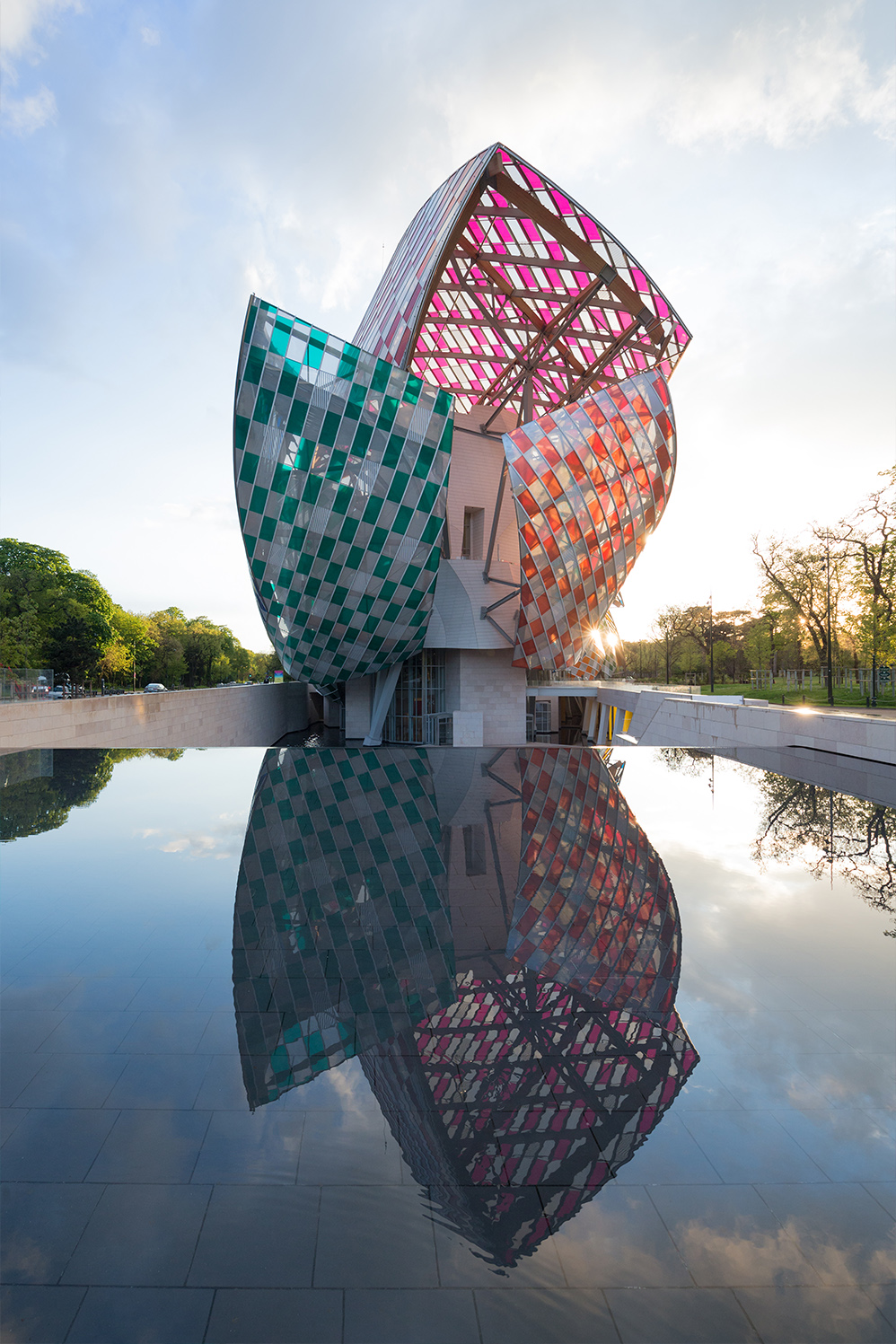 Through a play of colours, projections, re ections, transparencies and contrasts, both inside and outside, Daniel Buren shows this building in a new light. e interior spaces and various terraces of the Foundation provide an unmatched perspective for visitors to view and admire this spectacular installation in all of its subtlety, especially under the sun. 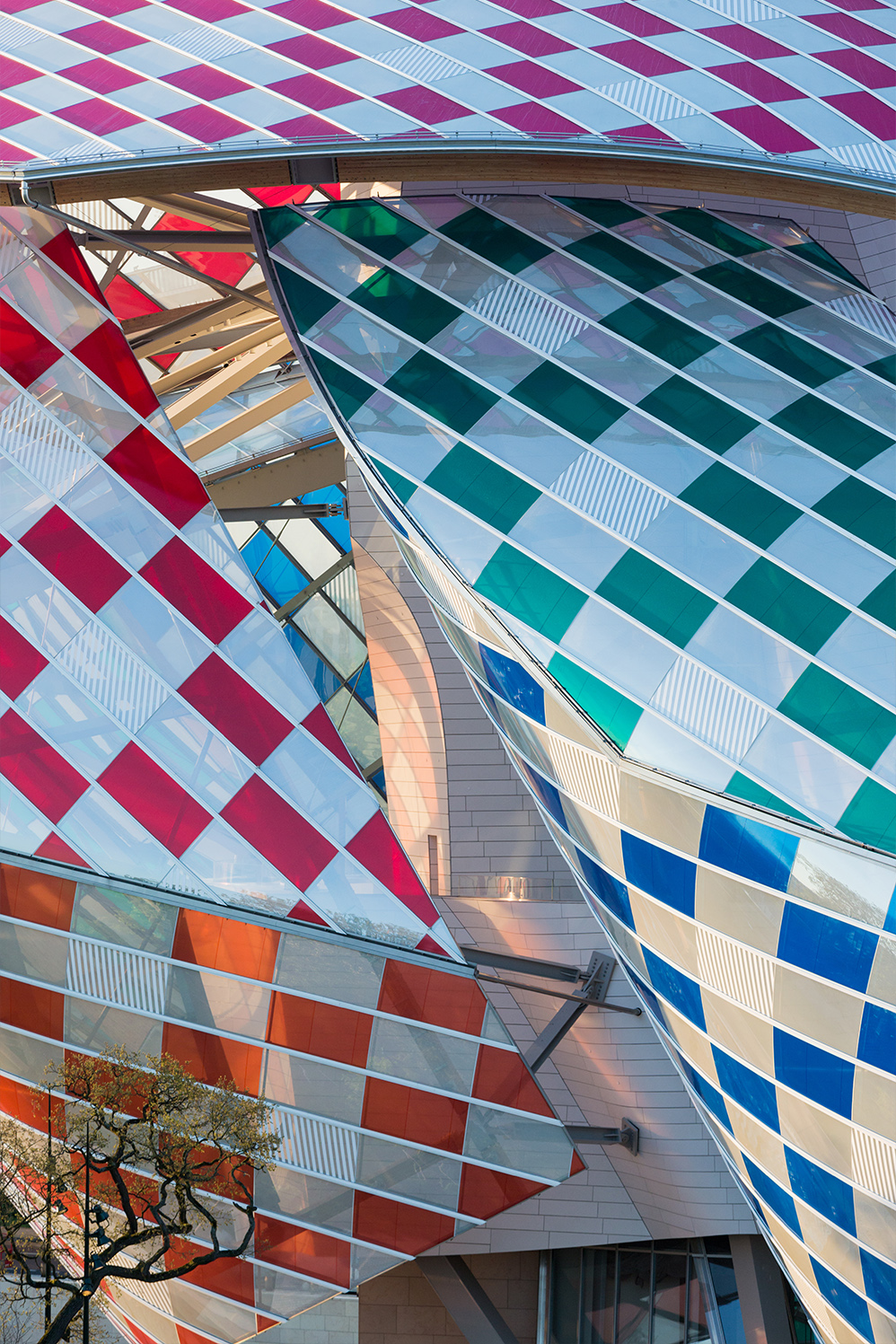 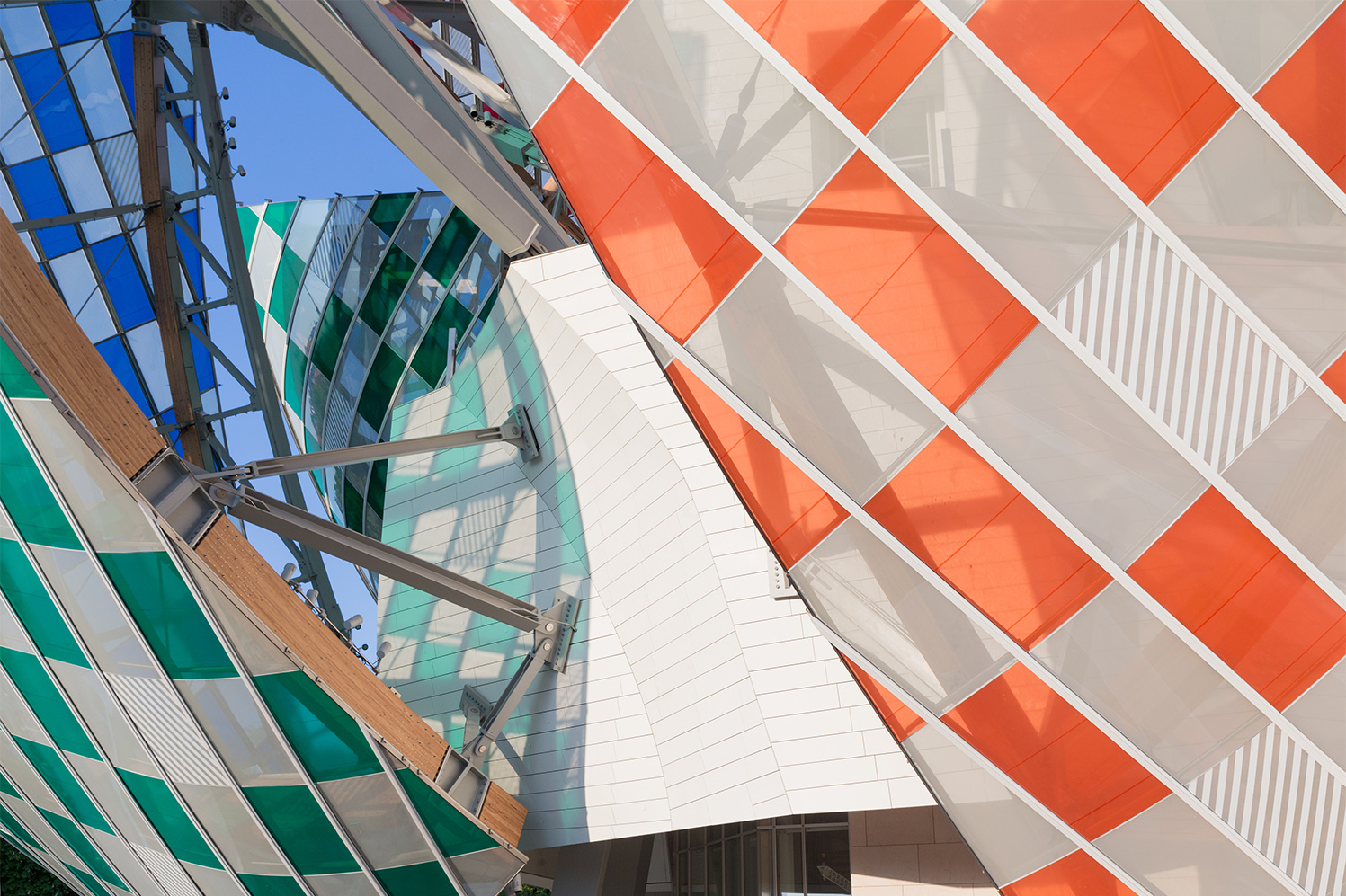 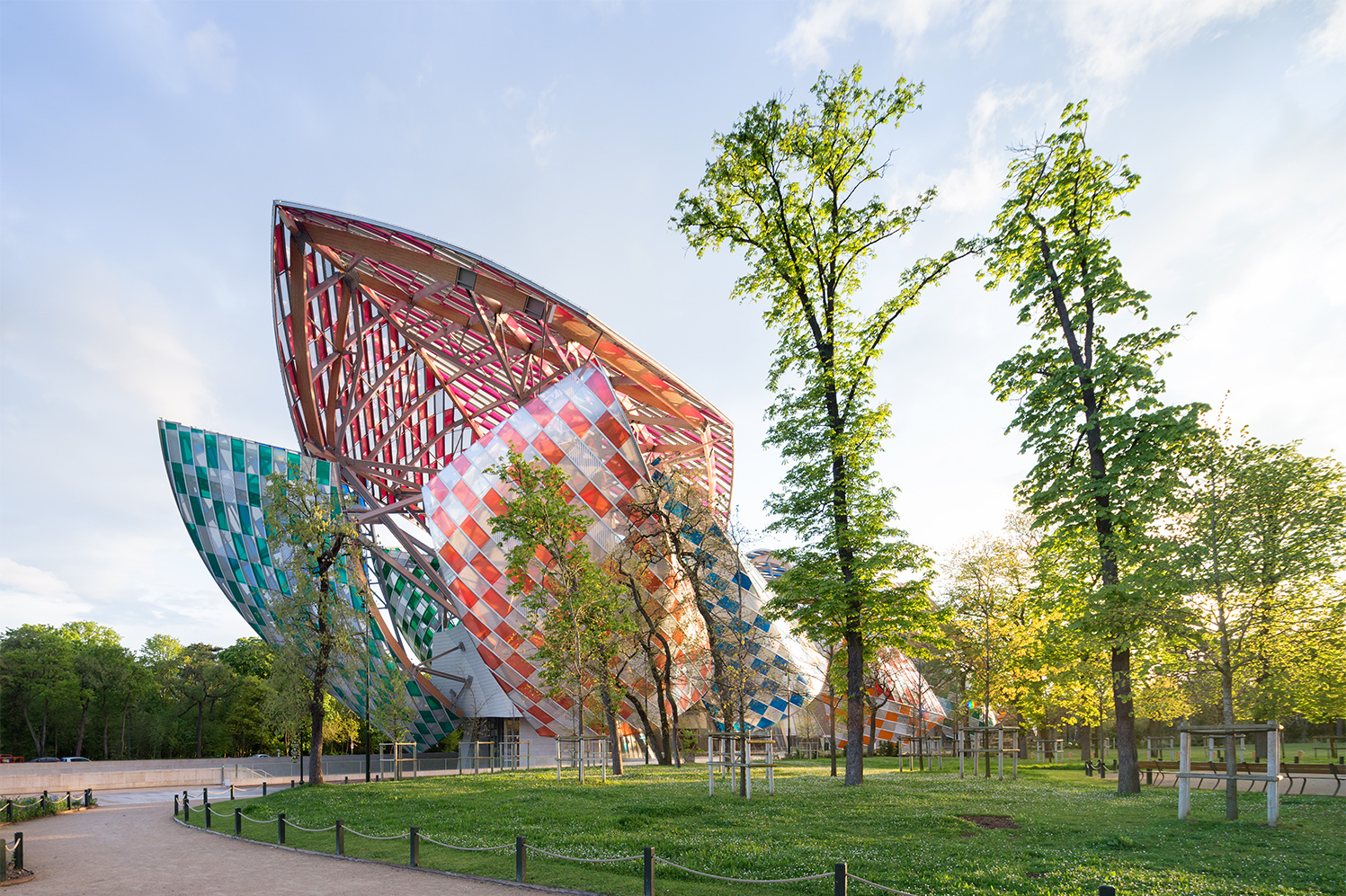 “There is a quantity of mirror e ects here at the Fondation that actually don’t come from mirrors but from the windows. Almost everywhere something is re ected (…) through the coloring of the sails, all those re ections will become more and more present and will awake those sleeping mirrors that are everywhere. I think that this will enable visitors to further understand and enjoy the singularity of this architecture.” Daniel Buren 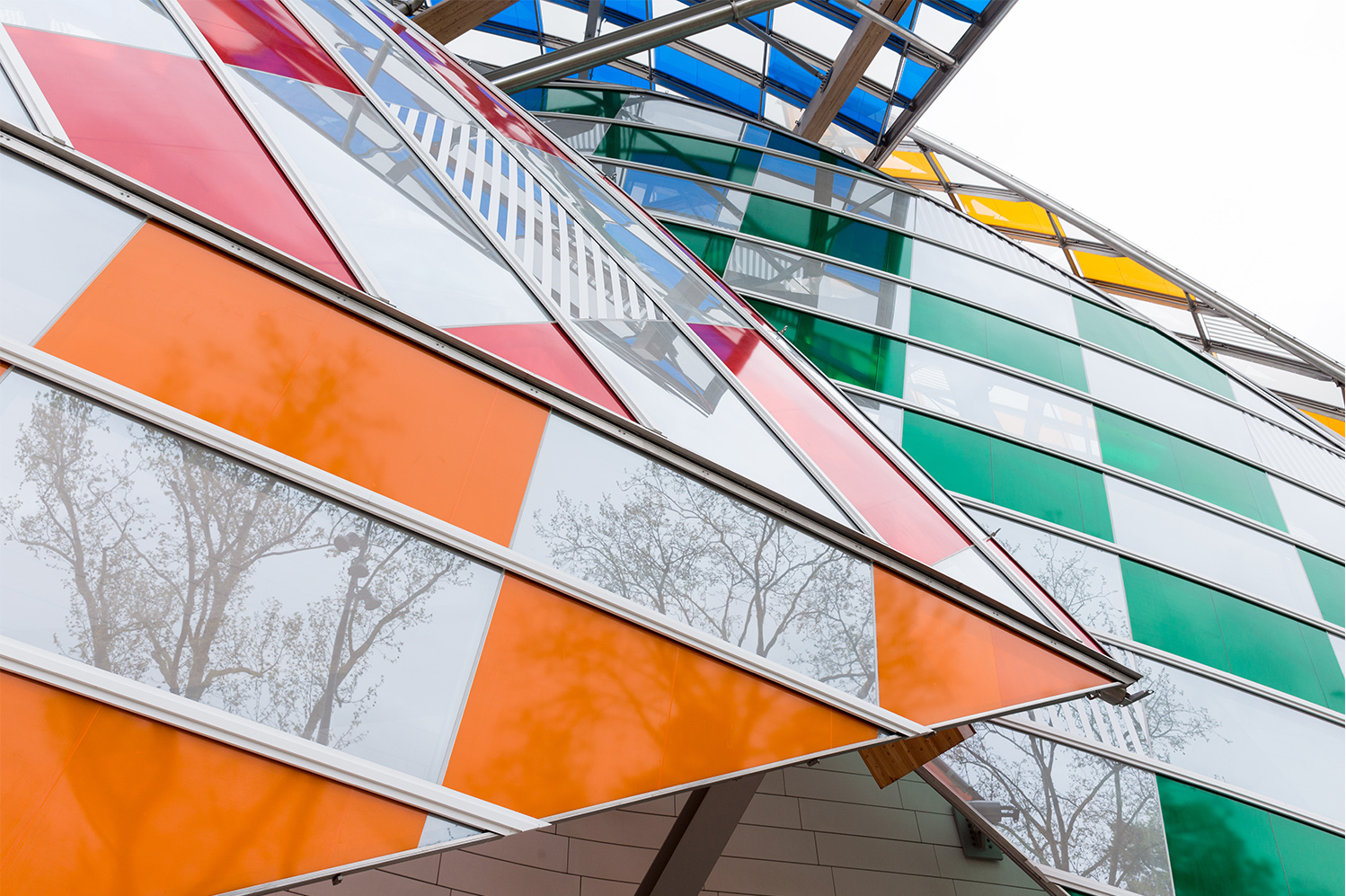 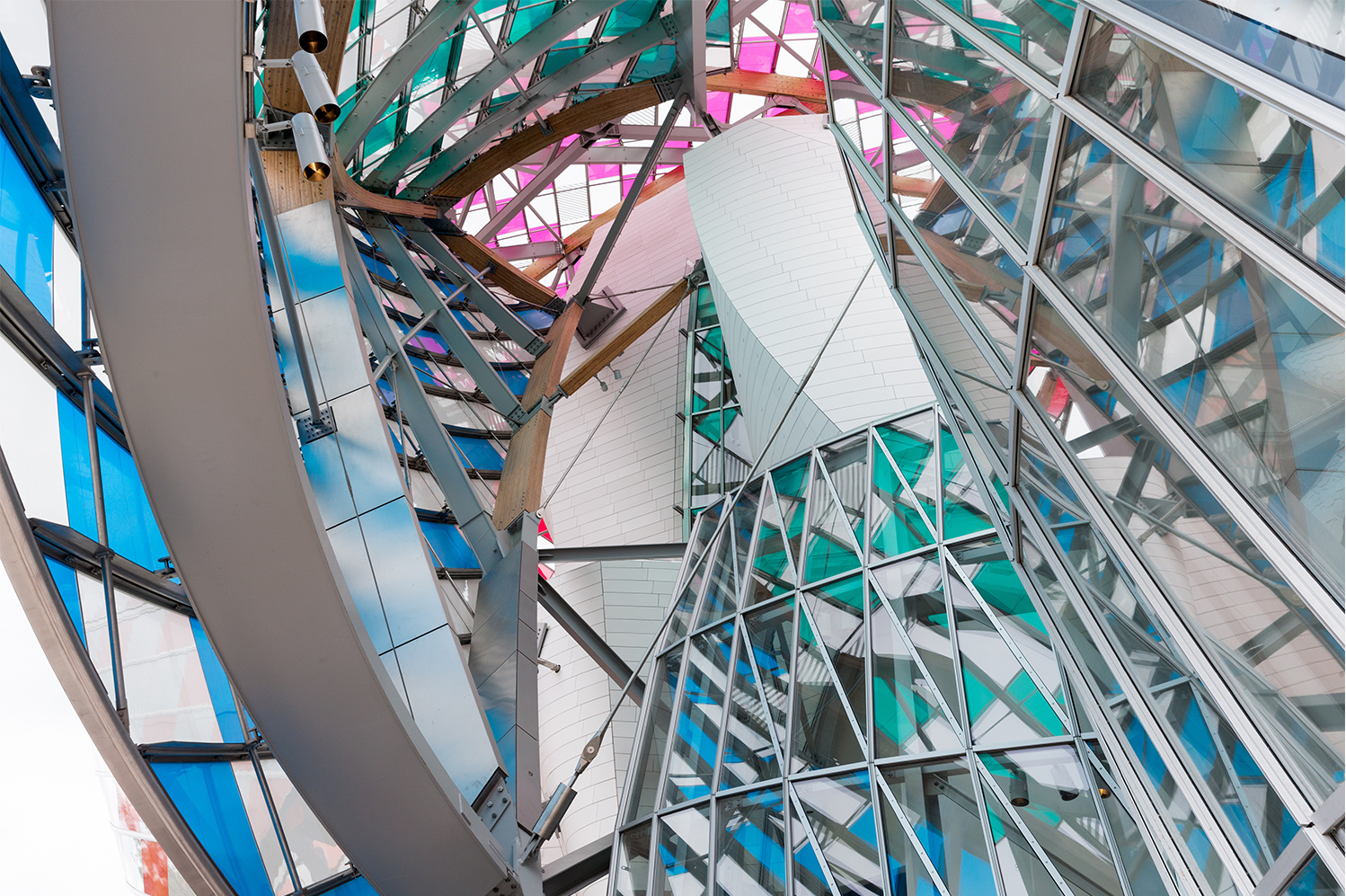 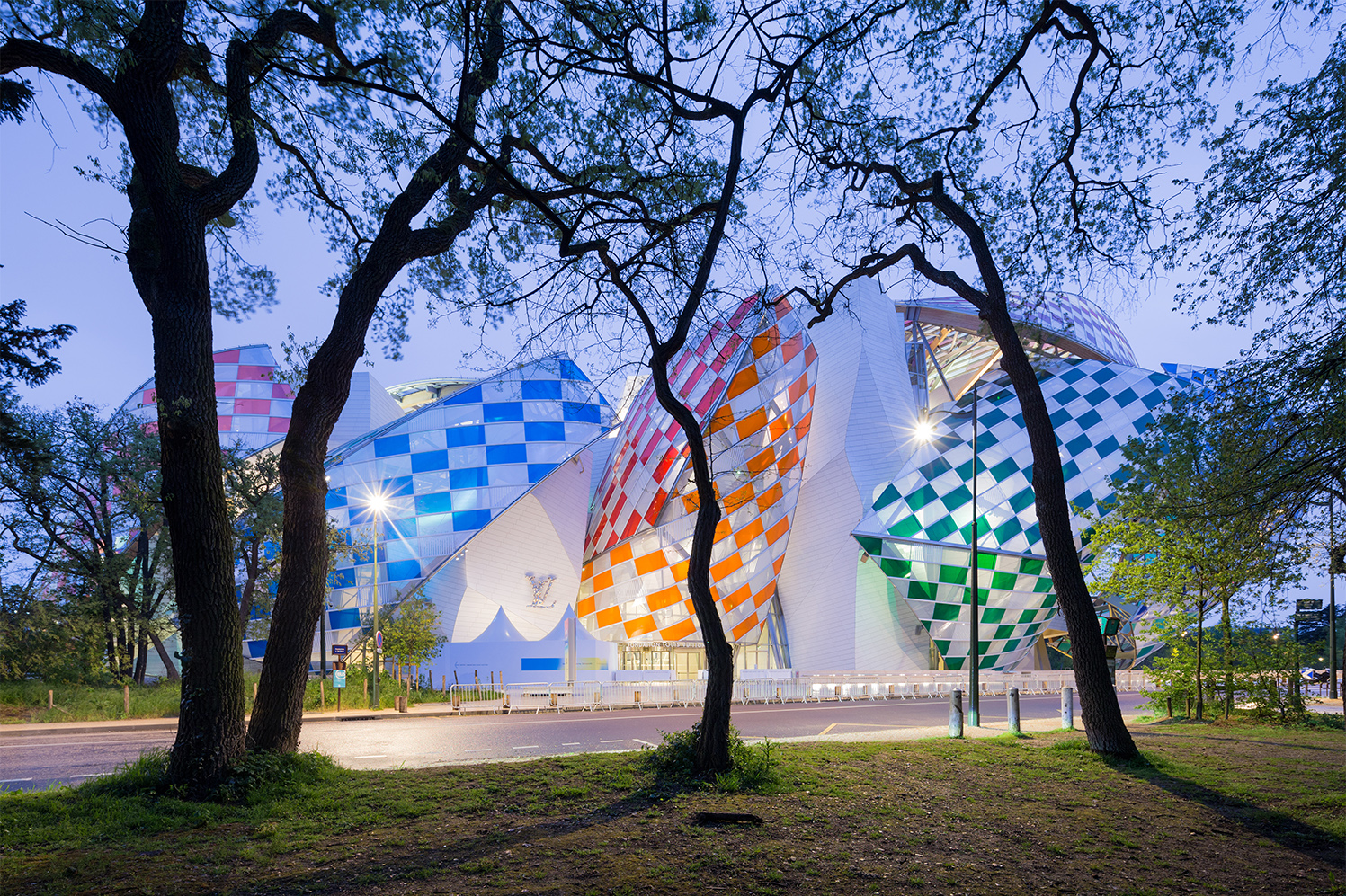 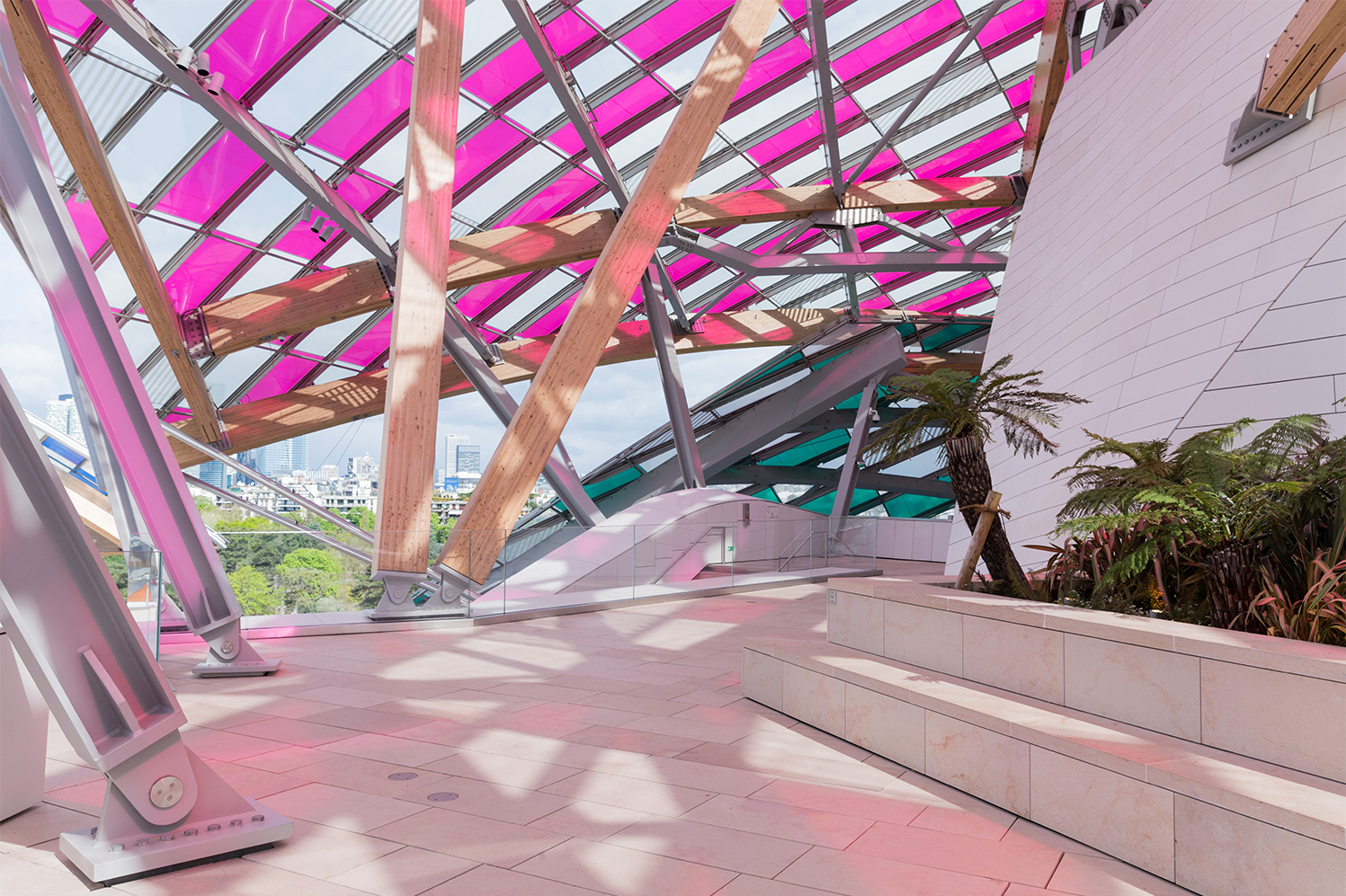 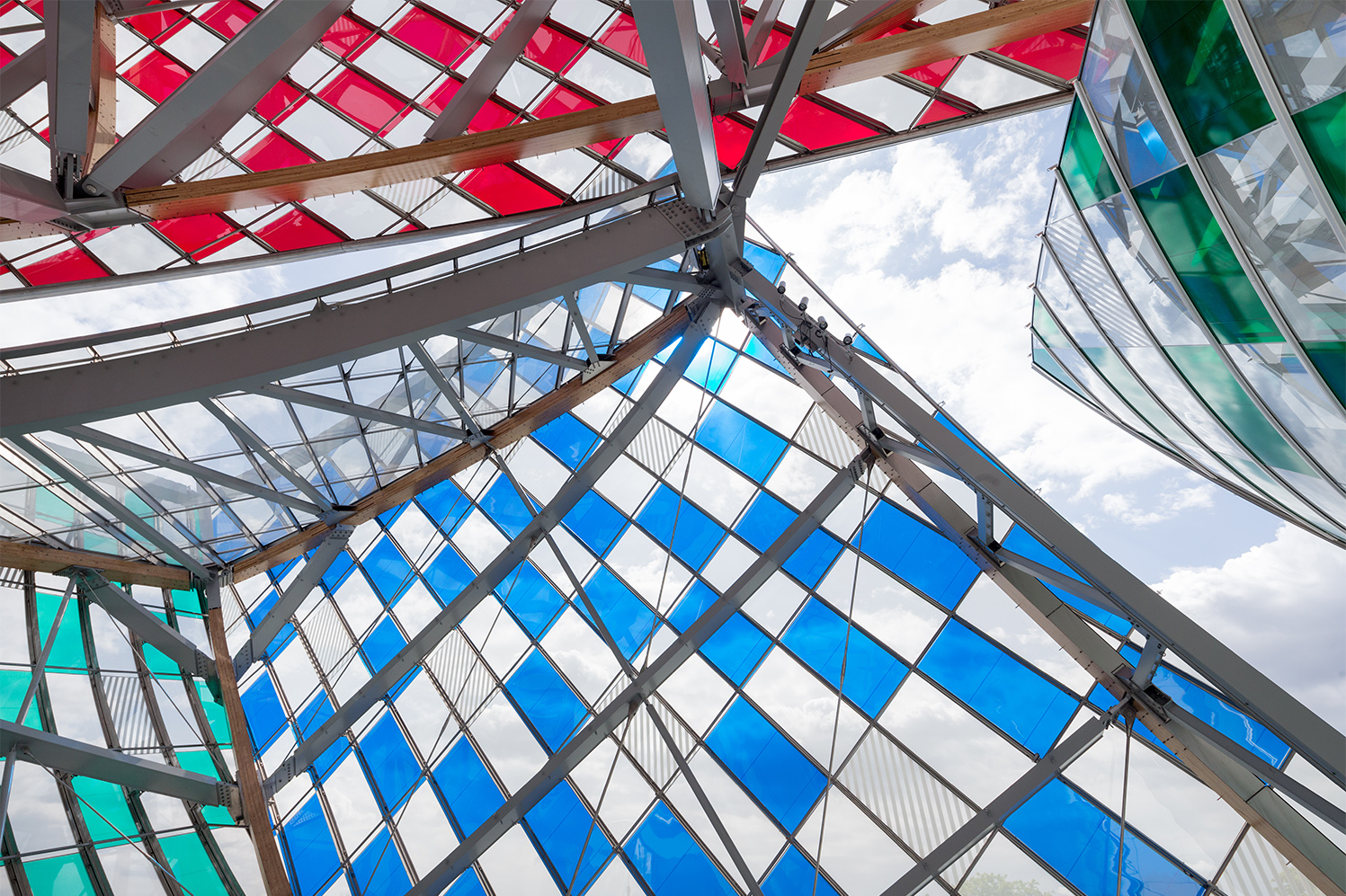 “Daniel Buren has designed a grandiose project, pertinent and enchanting, the result of a real dialogue with Frank Gehry and his building. His work responds magni cently to the architecture, in line with his approach, going back to the 1970s, that sees a coming together of colours, transparency and light.” Bernard Arnault, President of the Fondation Louis Vuitton. 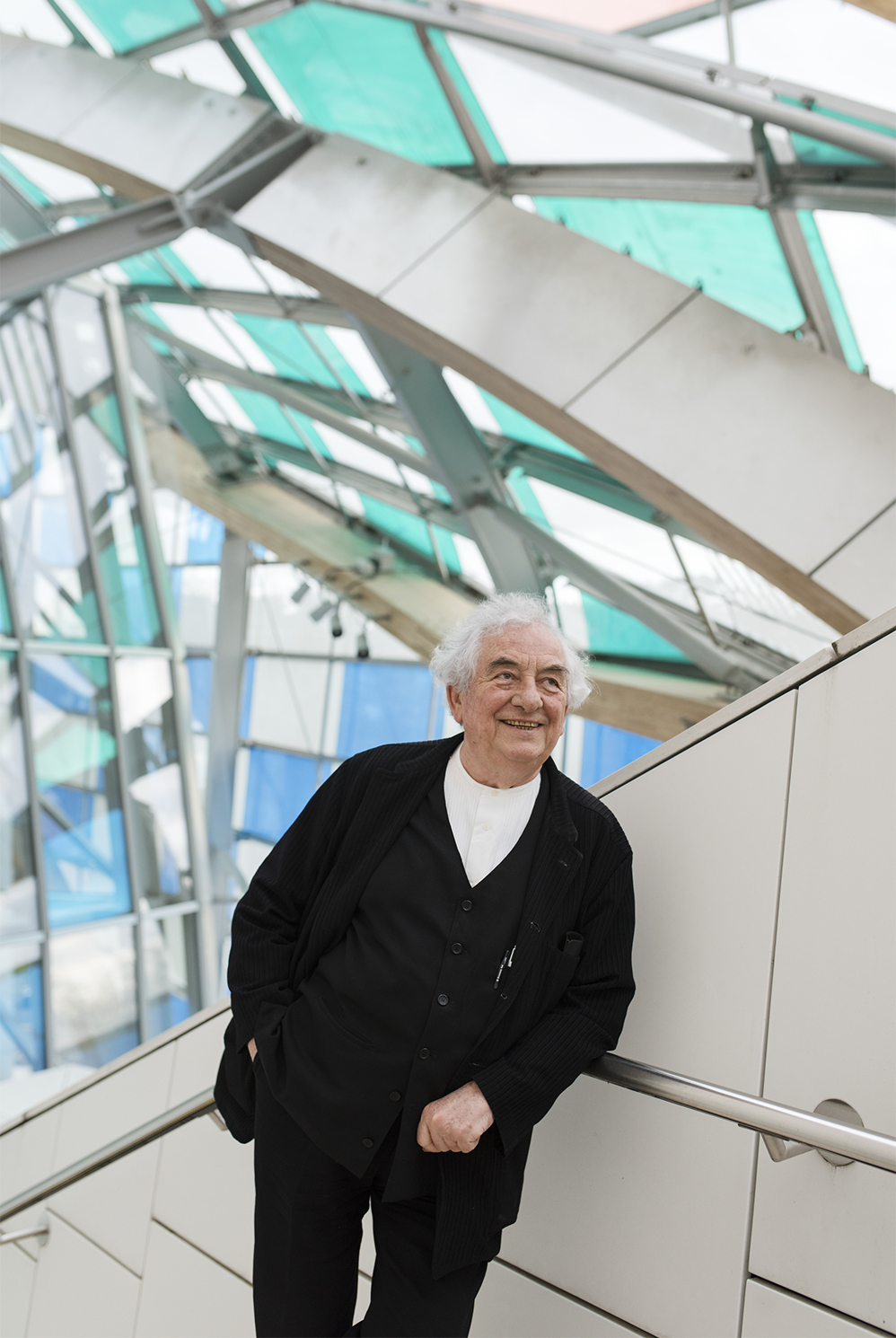 Major international artist Daniel Buren (1938-FR) has been developing a radical œuvre characterised by the use of his “visual tool” (8.7 cm-wide alternating white and coloured vertical stripes), since the 1960s. He moved from working with paint (1965-1967) to working with space and its context. All his works are now conceived speci cally for the space, context and features of the host venue and are created in situ, be that in a public space or in a museum or art gallery.

*in situ is a Latin term that Daniel Buren introduced to the visual arts’ vocabulary. It de nes his artistic practice, which takes into account all the site-speci c elements of the place where he is invited to intervene, including its architecture and social, economic and cultural aspects.