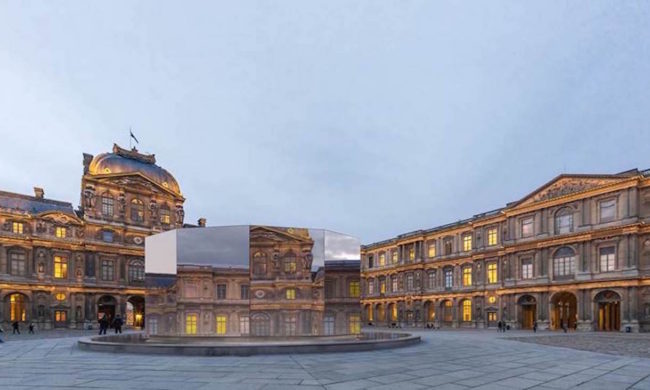 Displayed atop the central fountain of the Louvre’s Cour Carrée, Eva Jospin’s Panorama is designed as an architectural artwork in itself. Its external mirror-polished steel walls reflect the stony aspect of Paris and the façades of the Louvre palace.
The public is invited to enter the structure to enjoy a 360° panorama that will plunge them into an immersive plant realm, echoing the world of forests and caves.

Eva Jospin sculpts cardboard to create forests, places that have always fascinated her to the point of obsession. These imaginary landscapes devoid of any vanishing point give the eye the freedom of being lost. With Panorama, two hallmarks of the artist’s oeuvre, perspective and depth, are worked on a grander scale. The work is in line with traditional 18th-century panoramas. In creating this urban panorama, Eva Jospin fulfills her wish to create an immersive architecture dedicated to a journey in her imaginary landscapes. 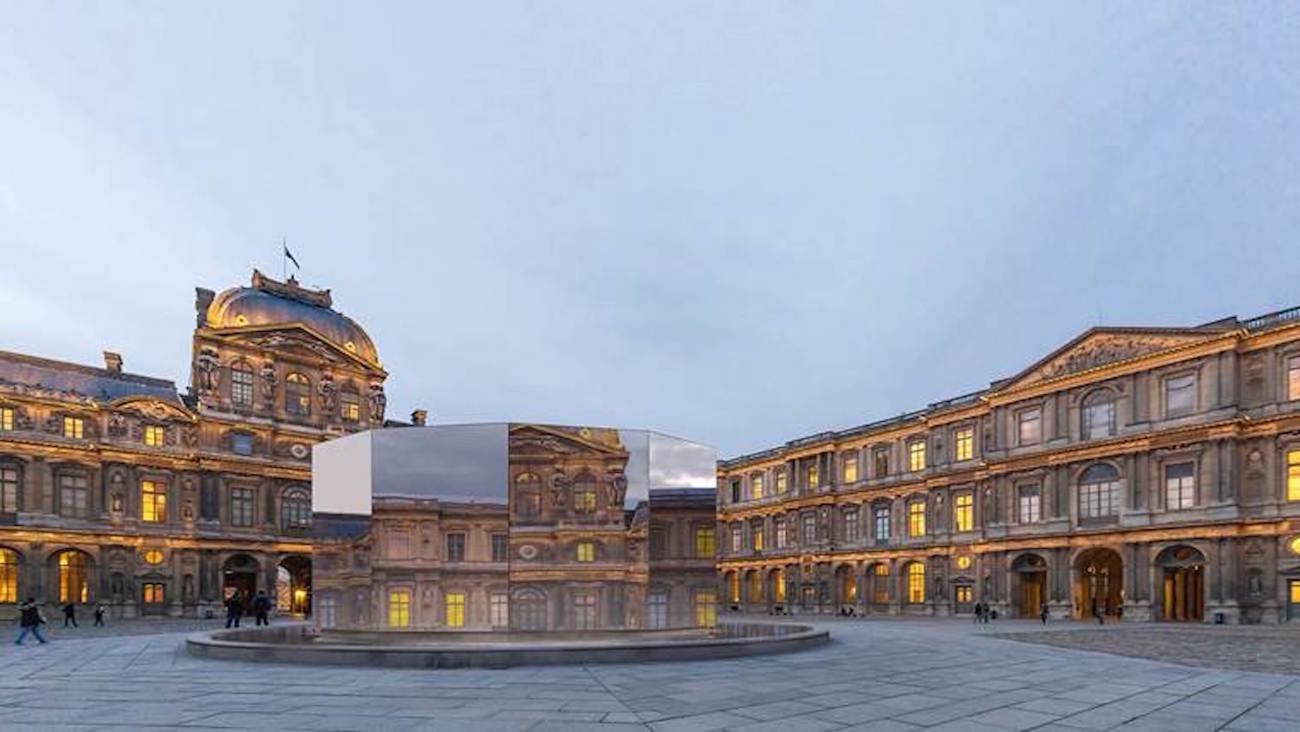 The work also echoes the exhibition “Hubert Robert (1733–1808): A Visionary Painter” (March 9–May 30, 2016 in the Hall Napoléon), which reveals the visionary scope of an artist mostly known for his paintings of ruins and landscapes. Indeed, Hubert Robert is one of the greatest artists of poetic images that the 18th century produced.

The artist’s Panorama is in line with traditional panoramas that became an increasingly popular attraction in the 18th century. They were the precursors of shows, fairgrounds, rides, cinema, and all sorts of entertainment that the city offered its inhabitants for a fee. The earliest known panorama in France, The Panorama of Constantinople, was made in 1818 by Pierre Prévost. Housed in the Louvre’s Department of Paintings, it was displayed during the exhibition “Philippe Djian at the Louvre” (November 27, 2014–February 23, 2015).

Eva Jospin works with cardboard, a material rarely used, to create works in high relief, demonstrating the same patience as that of the carver who shapes volume and perspective from stone. The thickness of recycled cardboard expresses the textured undergrowth of dense forests while the juxtaposition of planes creates an infinite layering of sculpted strata.
Panorama is presented for the first time exclusively in the Musée du Louvre’s Cour Carrée before going on display around the world. More than just architecture, this “wandering built world” will transform public spaces into an exuberant panorama of its surroundings.