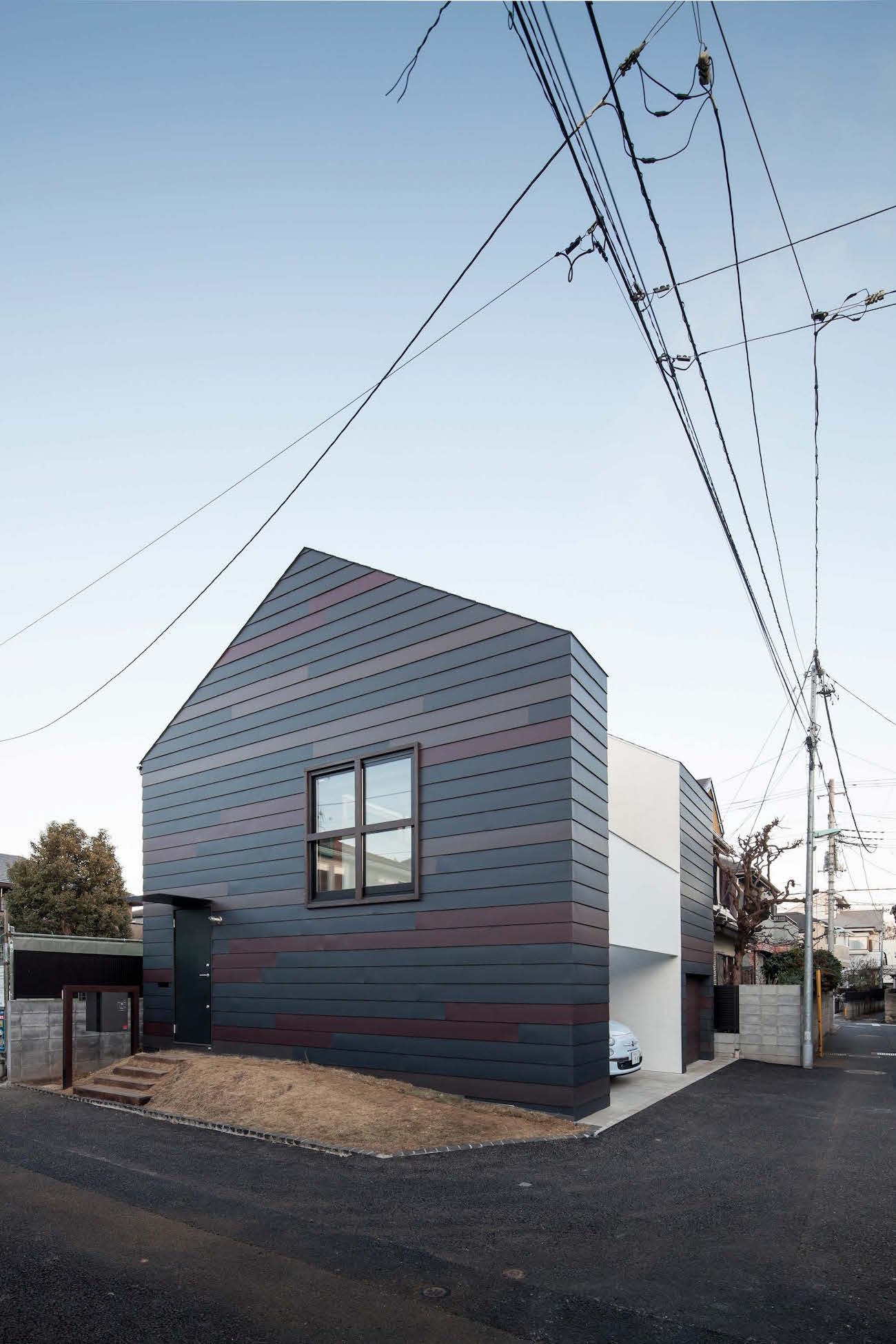 There is a preface to the story of this house. Prior to purchasing the present site, our client had been considering a different site with very unique features: there were two small lots (50m2 and 20m2 respectively) with an off-limit zone with a steel tower in the middle, and the two lots were to be sold as a set. Although the client decided against purchasing in the end, he had been very impressed with the separate block scheme we proposed there, and this “illusionary house” was vividly embedded in his memory. 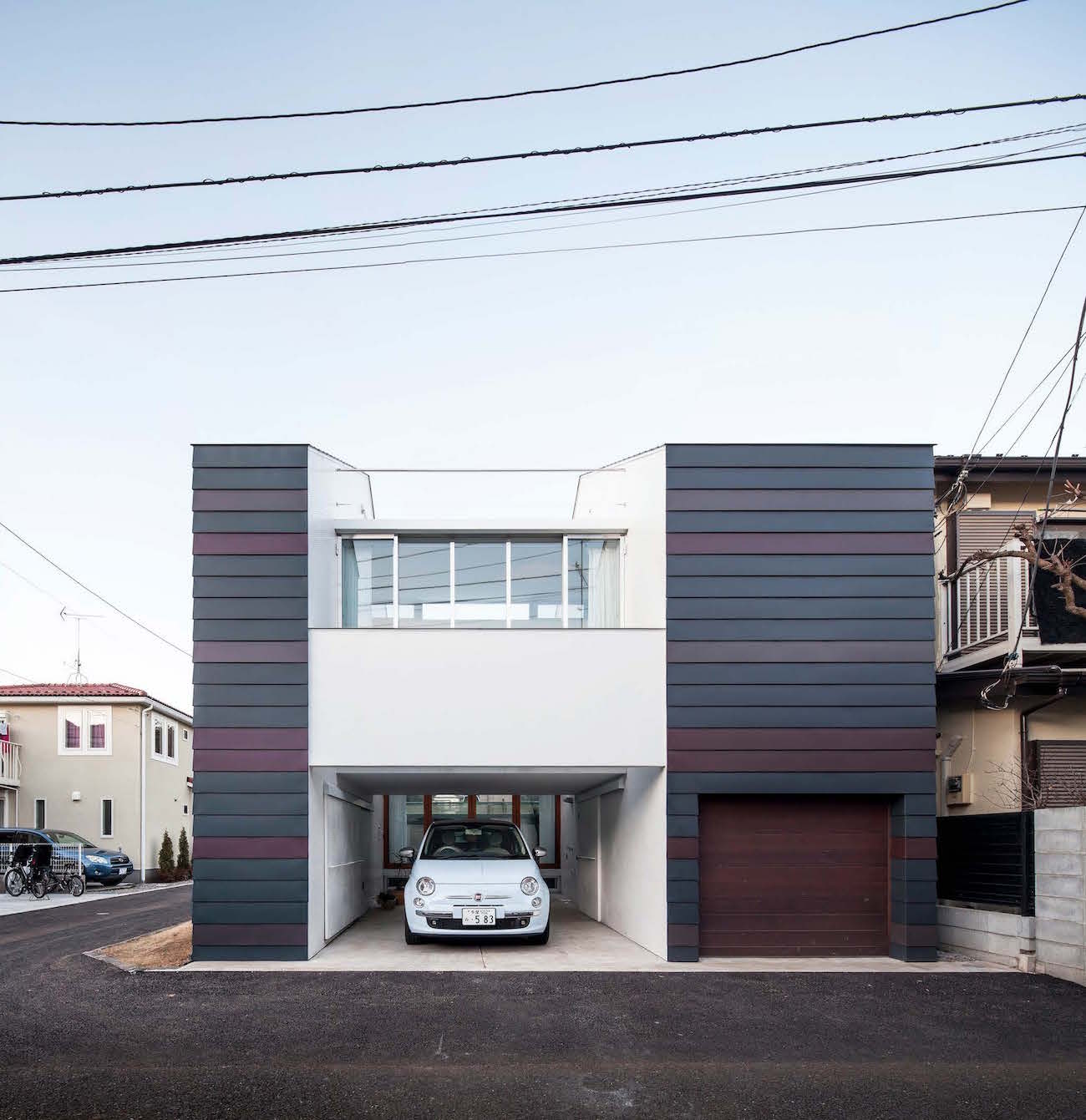 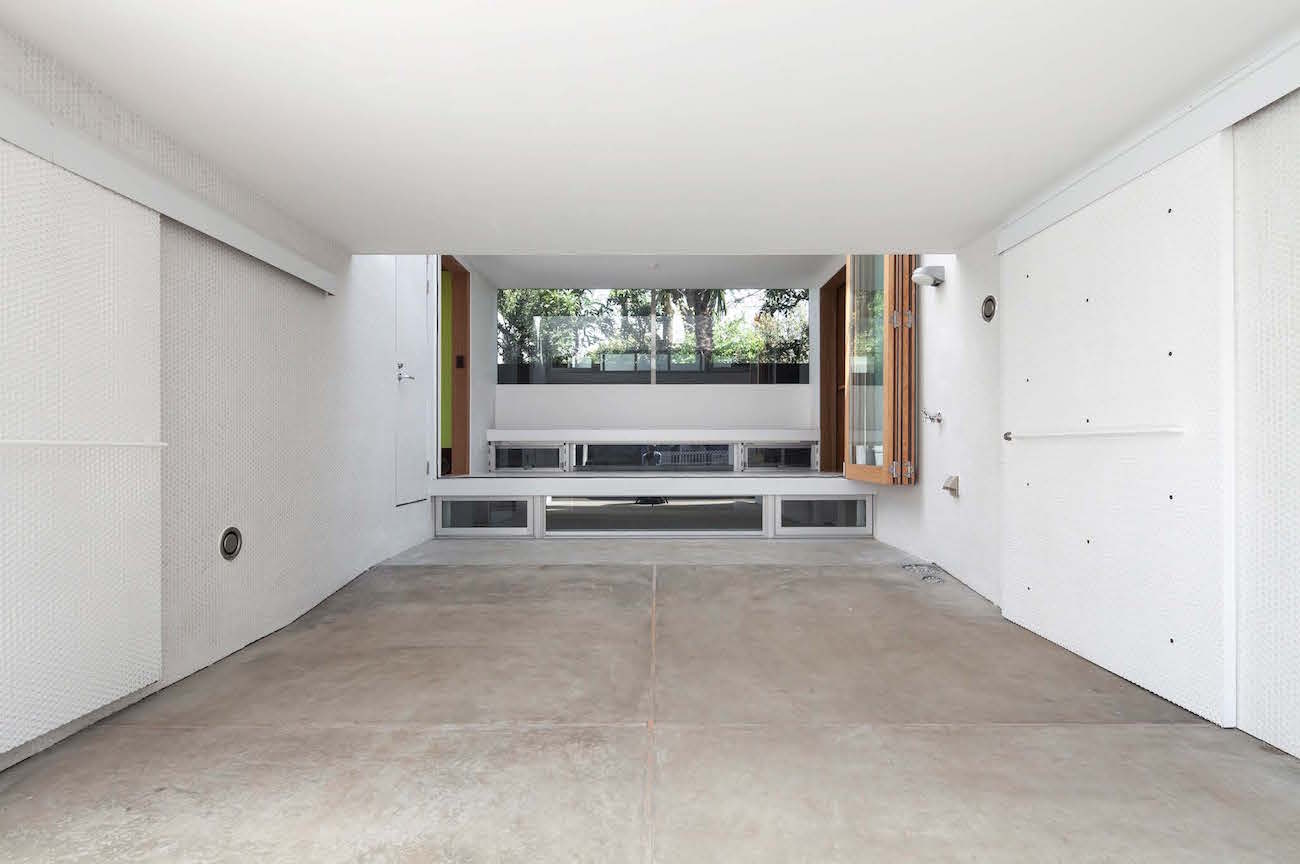 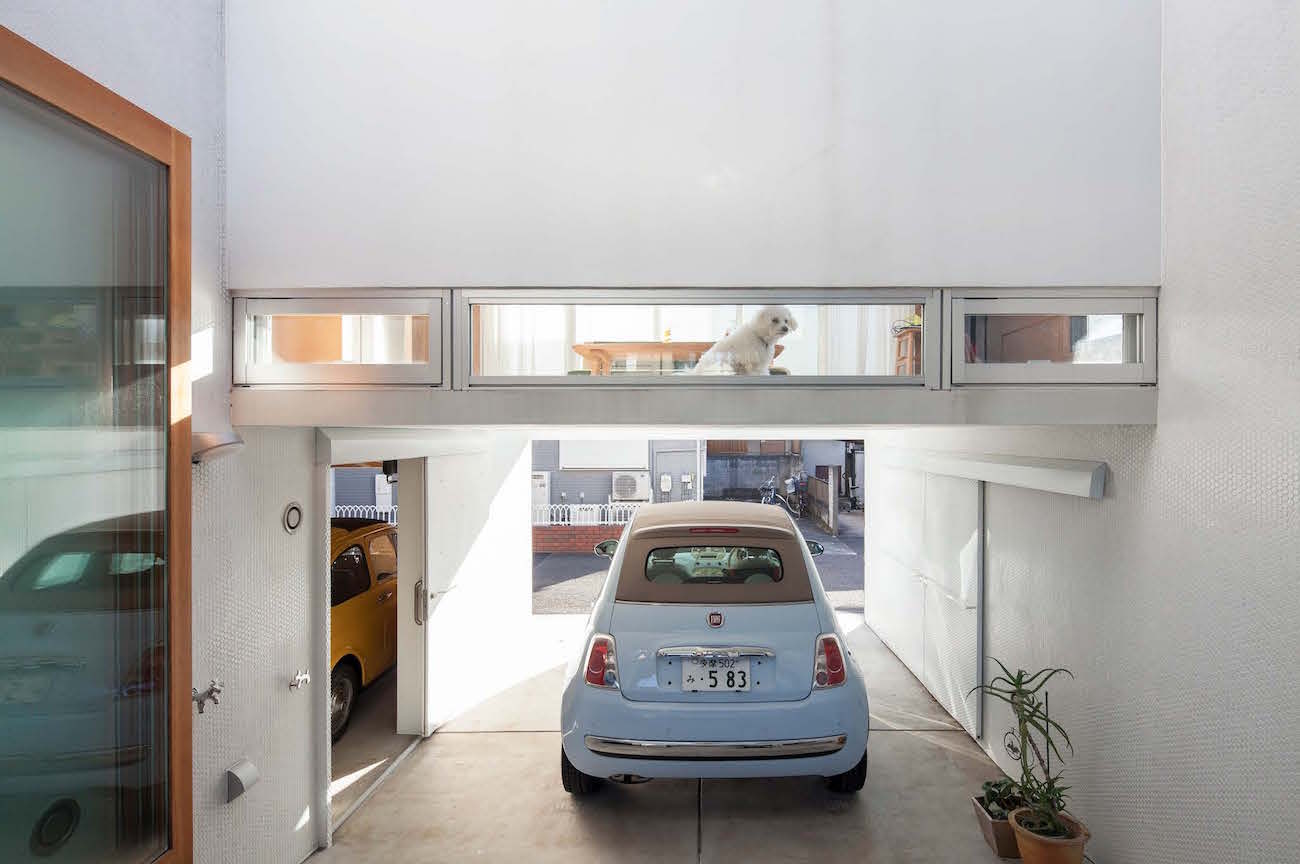 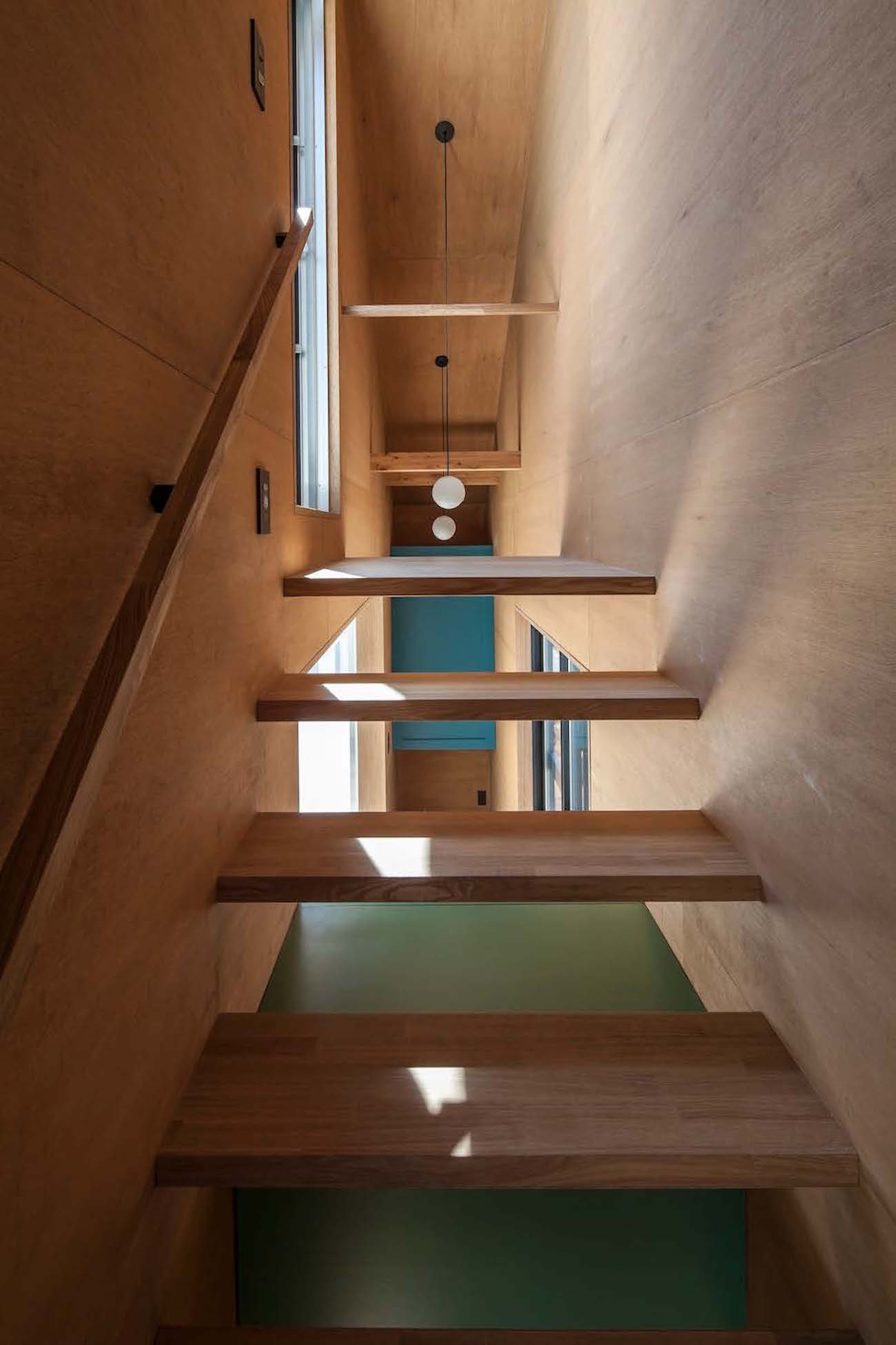 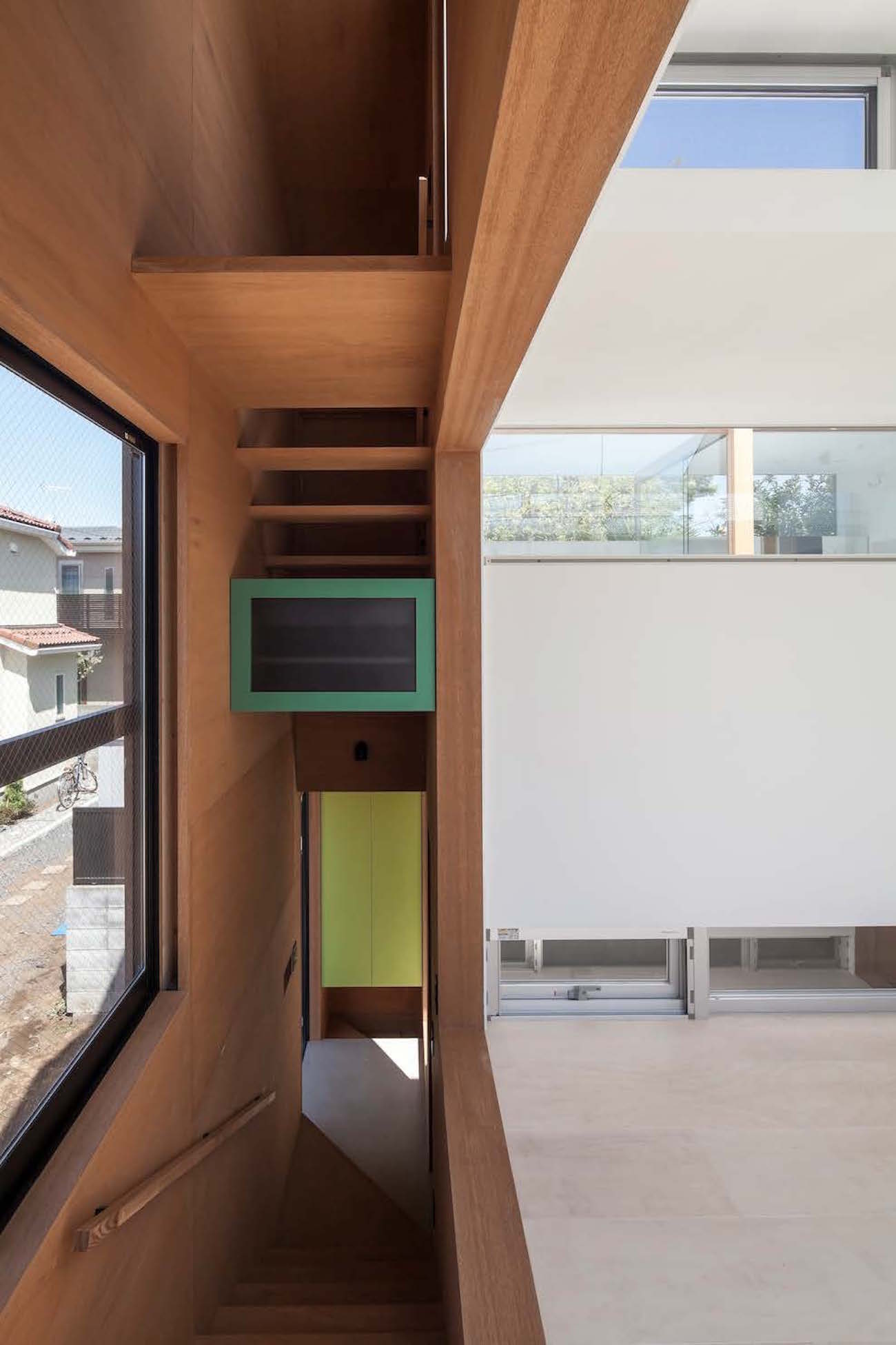 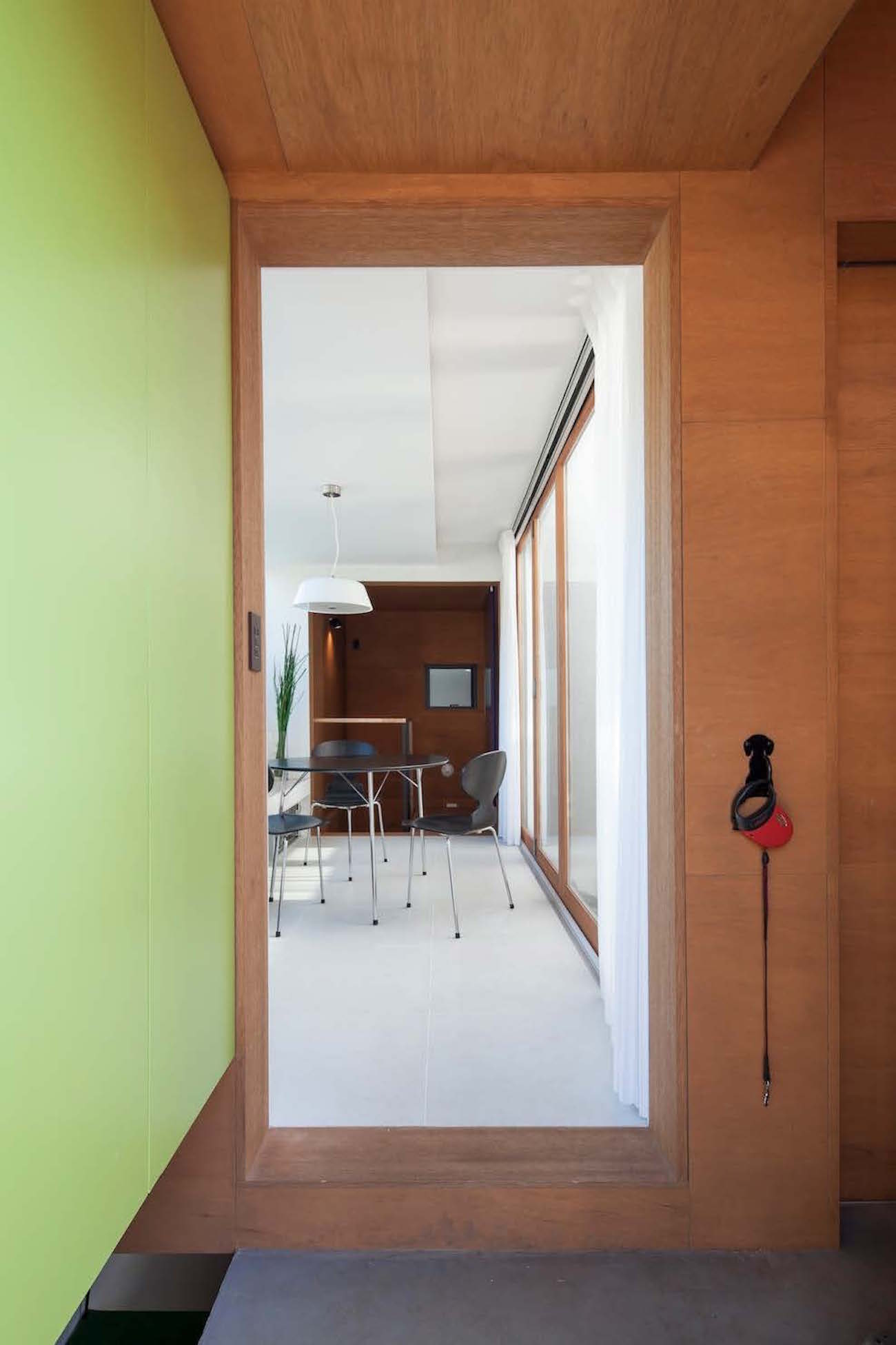 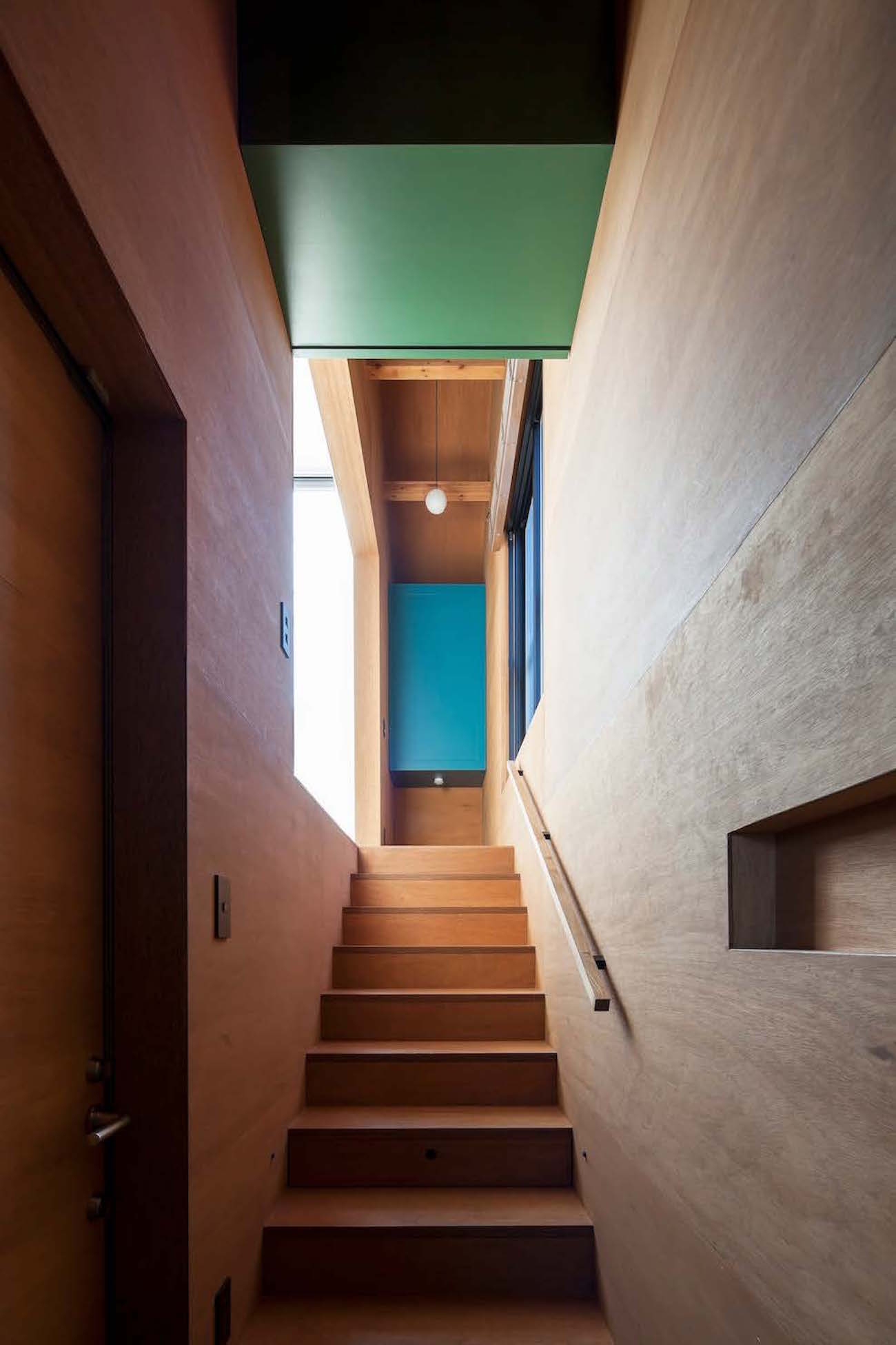 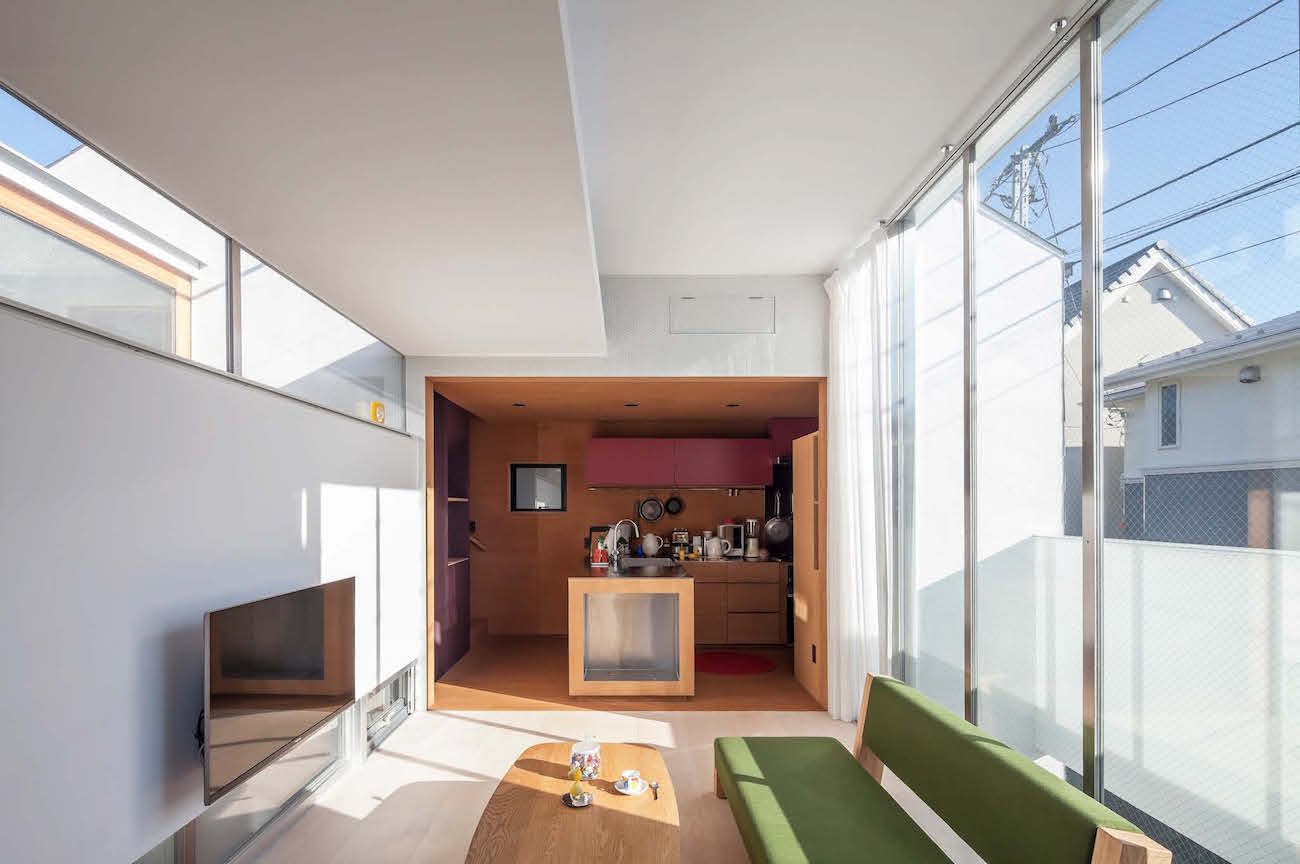 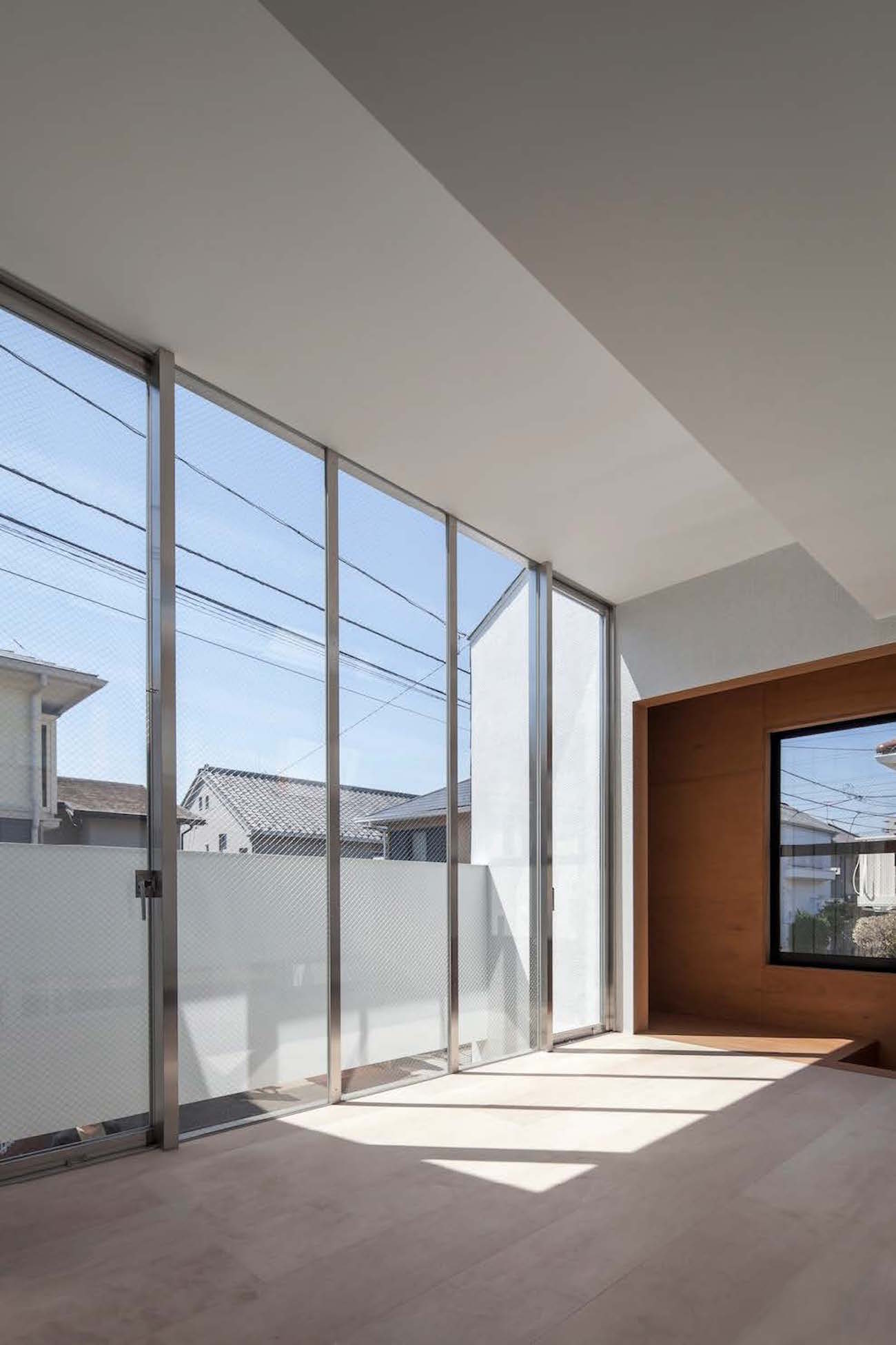 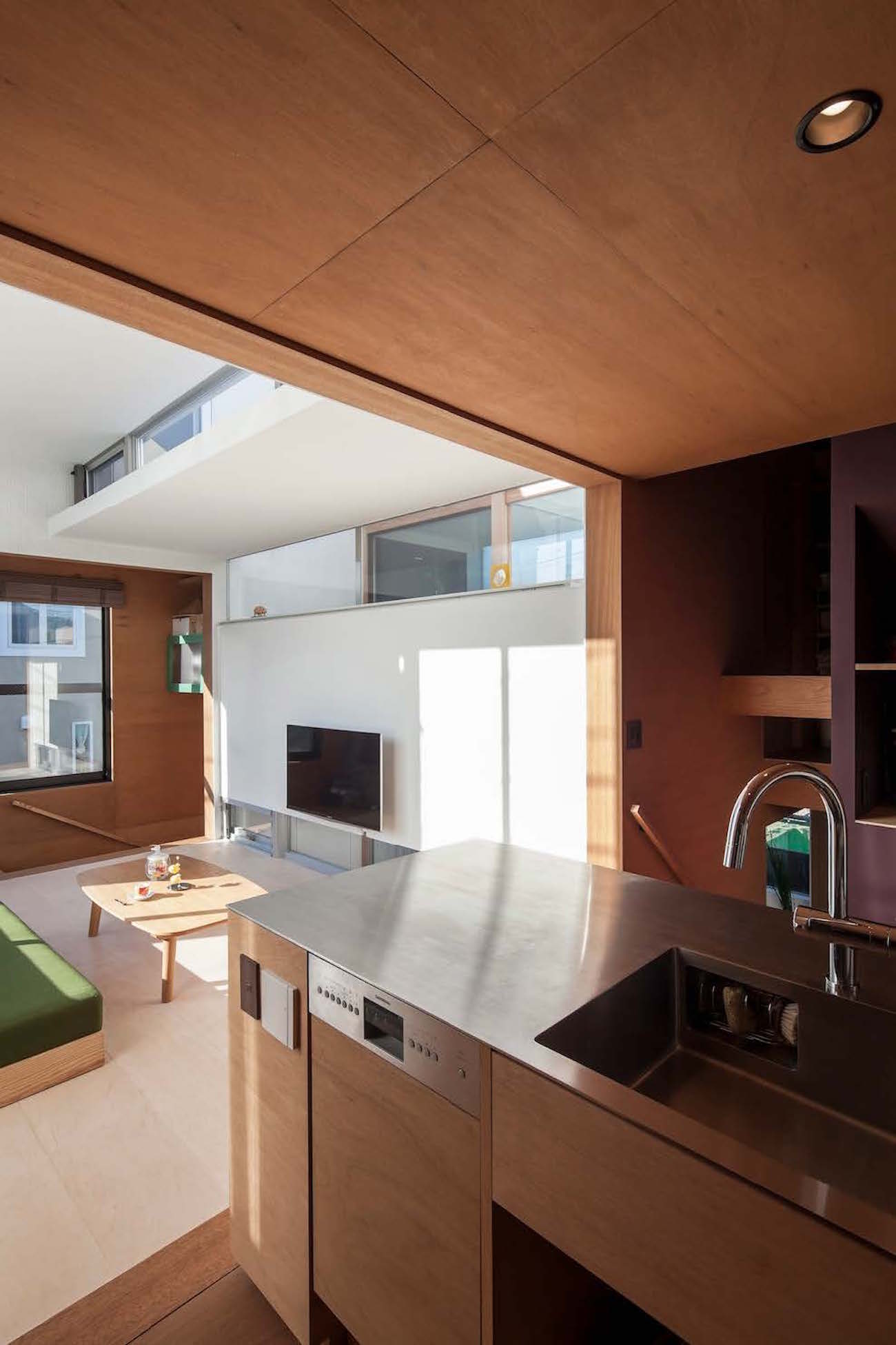 This is a house for a couple and a little dog. The site is located near a big park. On the north is a spacious garden of the neighbor’s house; on the south is a private dead-end street; and on the west is a frontal road. Situated in such an open environment, one feels as if living under a big sky, despite the smallness of the site. We made various studies with an intention to provide an open living environment to make the full use of the site. However, the “separate block” scheme on the previous split site somehow kept coming back in our minds and finally we decided to materialize the separate block scheme on this single site. The “empty space” created in the middle celebrates the openness of the site. 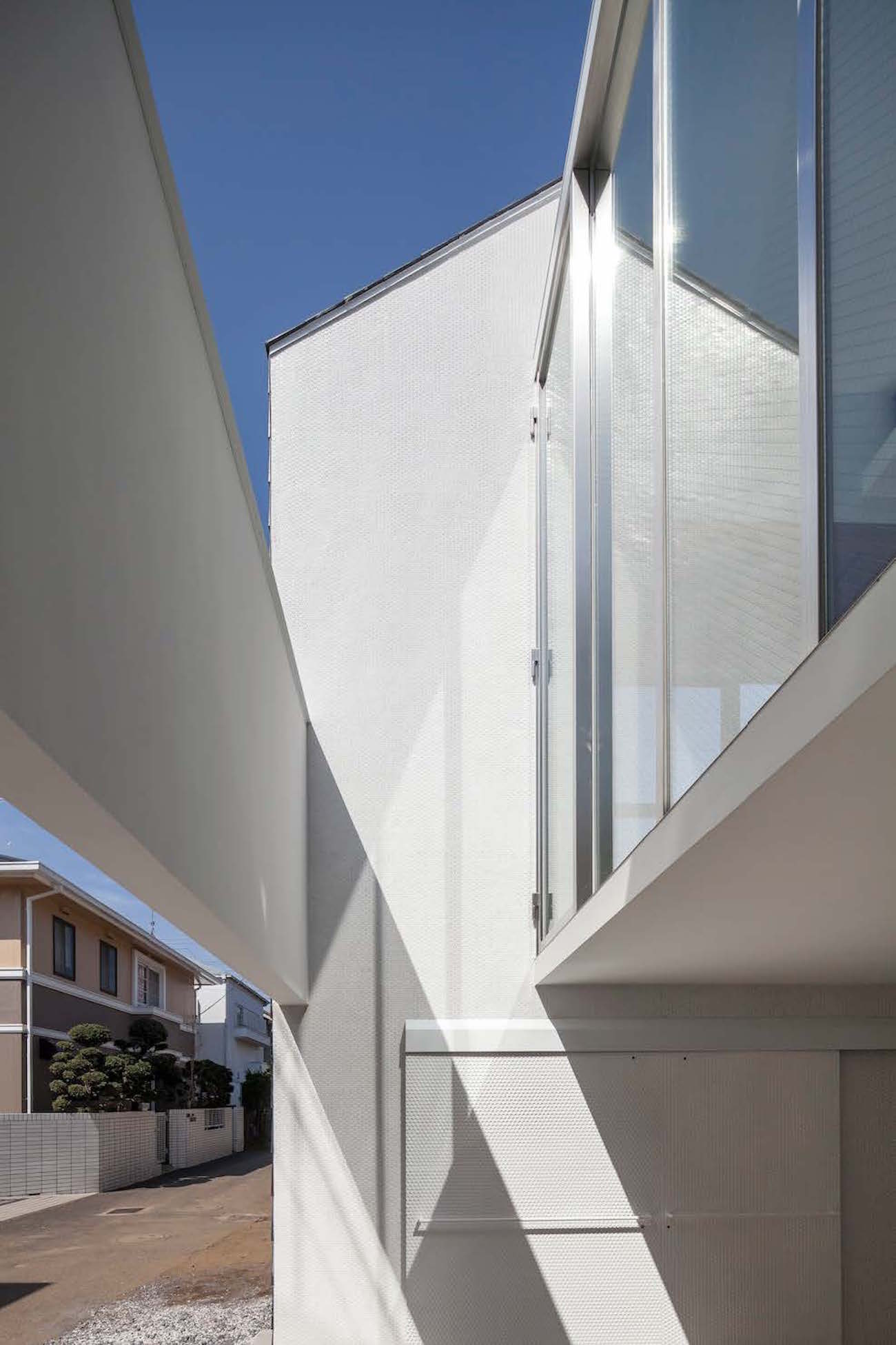 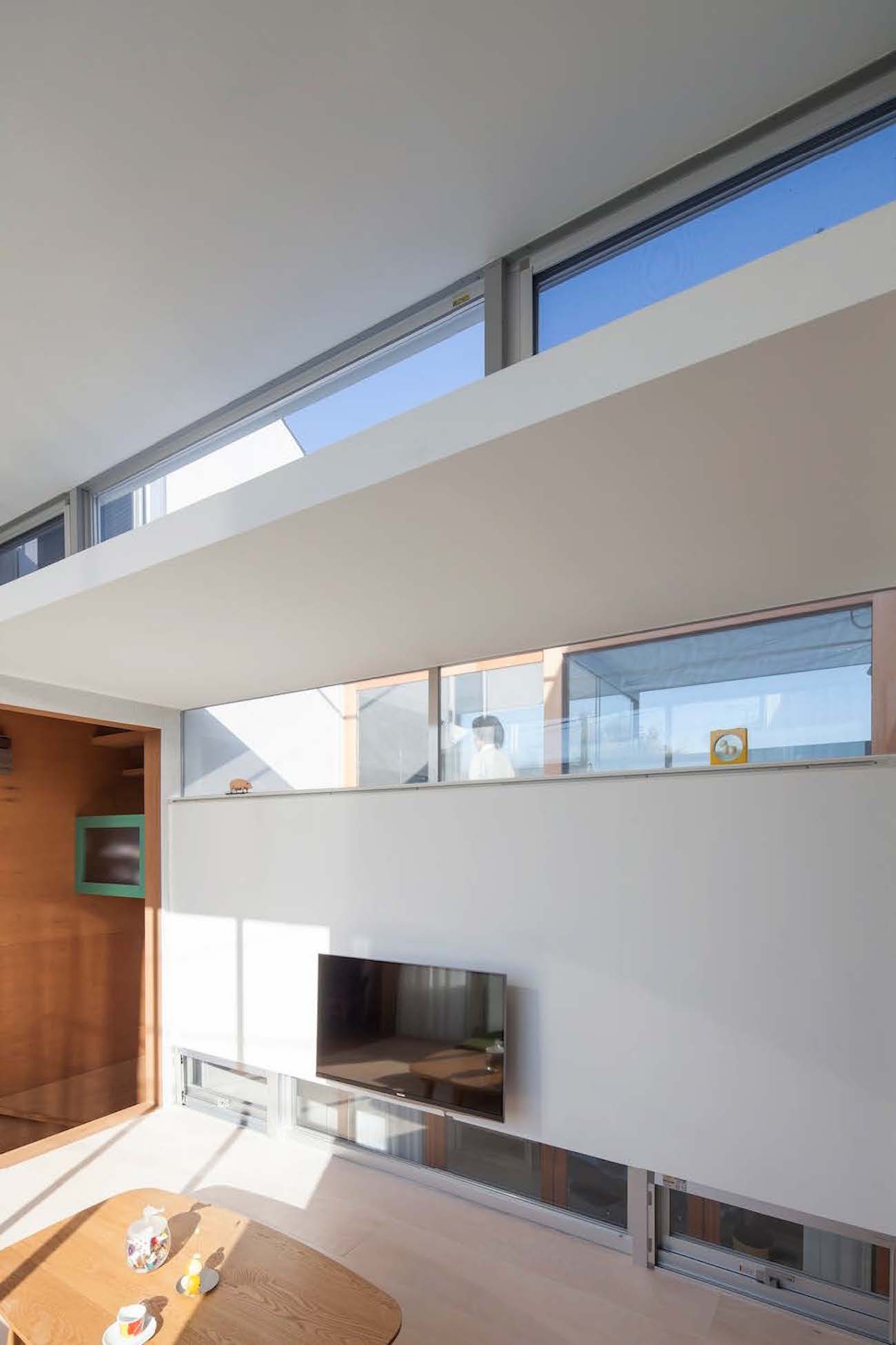 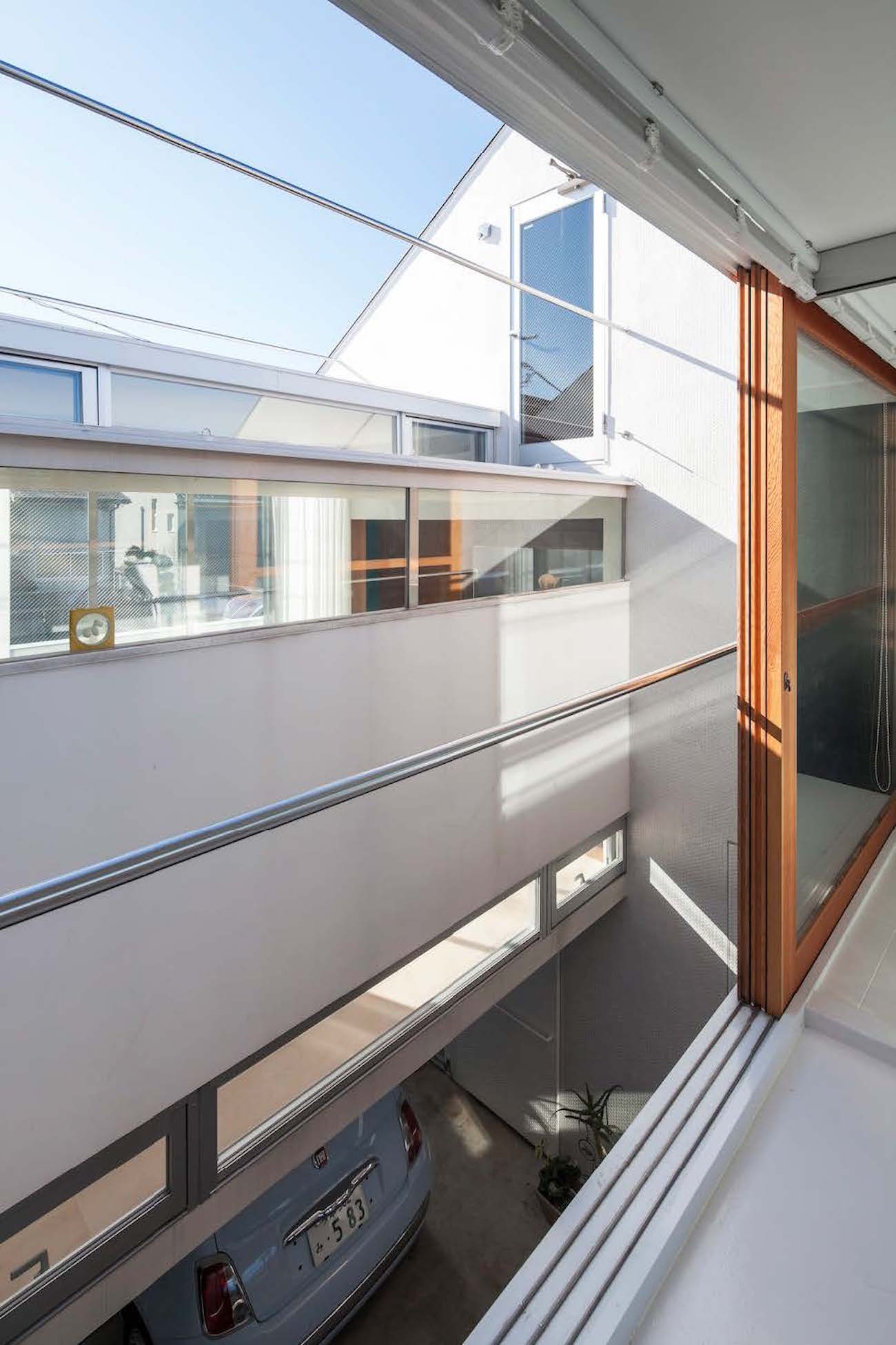 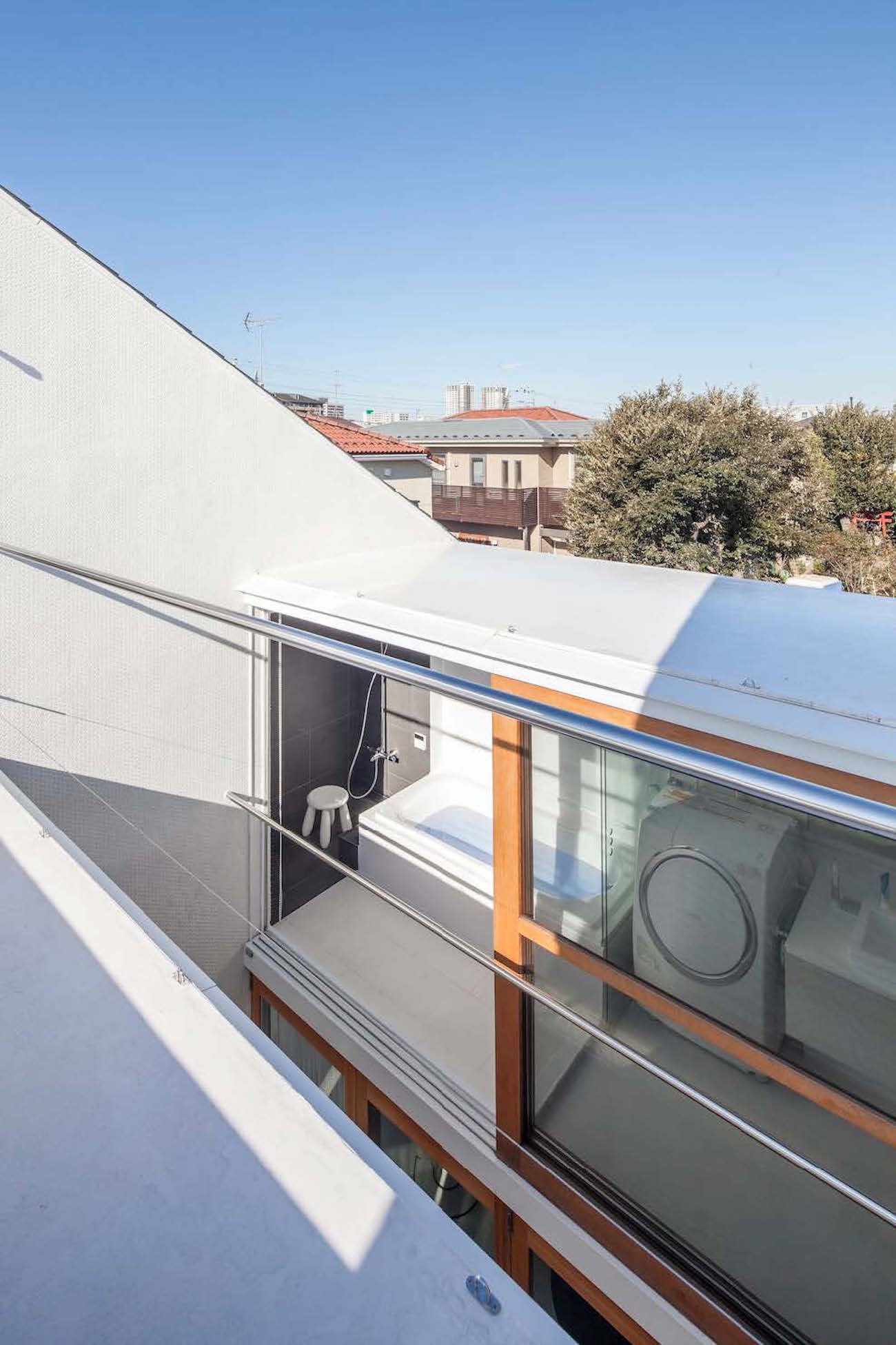 Thin slabs, both horizontal and vertical, span the “empty space”, enveloping interior and exterior living spaces. We also paid attention to ensure privacy. Due to thinness of the slabs, they can feel each other’s presence closely behind the walls. Numerous gaps are generated between the slabs, allowing passers-by to have a view towards the sky and the big oak tree in the neighbor’s house. The “empty space” has gradually transformed into a kind of public space. In order to create a bright and neat impression, we finished the entire space with white mosaic tiles, inside and outside. On the other hand, widths of blocks on both sides are adjusted while paying attention to maintain appropriate distances from neighbors. The width of the smaller block is only 1m. The outline of the pitched roof house blends in the outlines of surrounding houses. 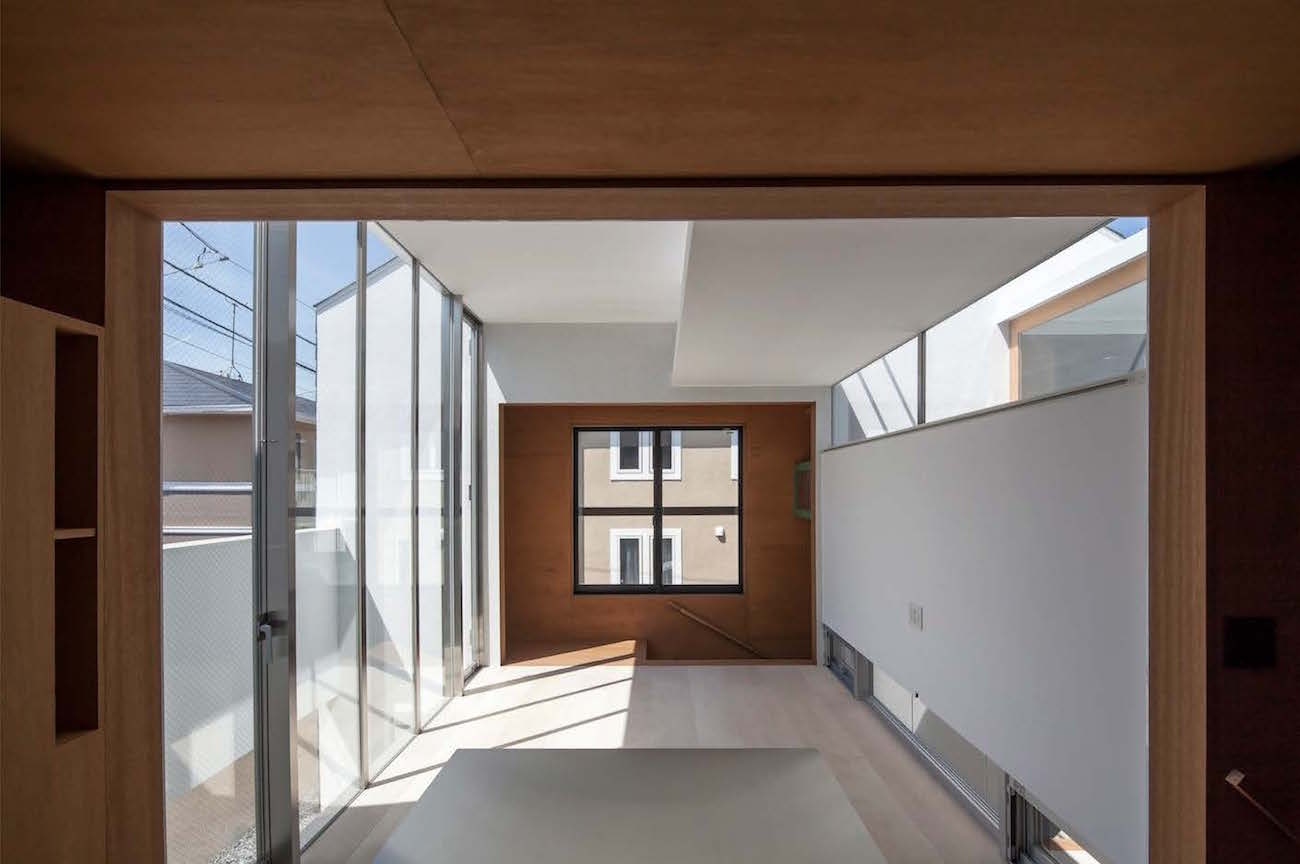 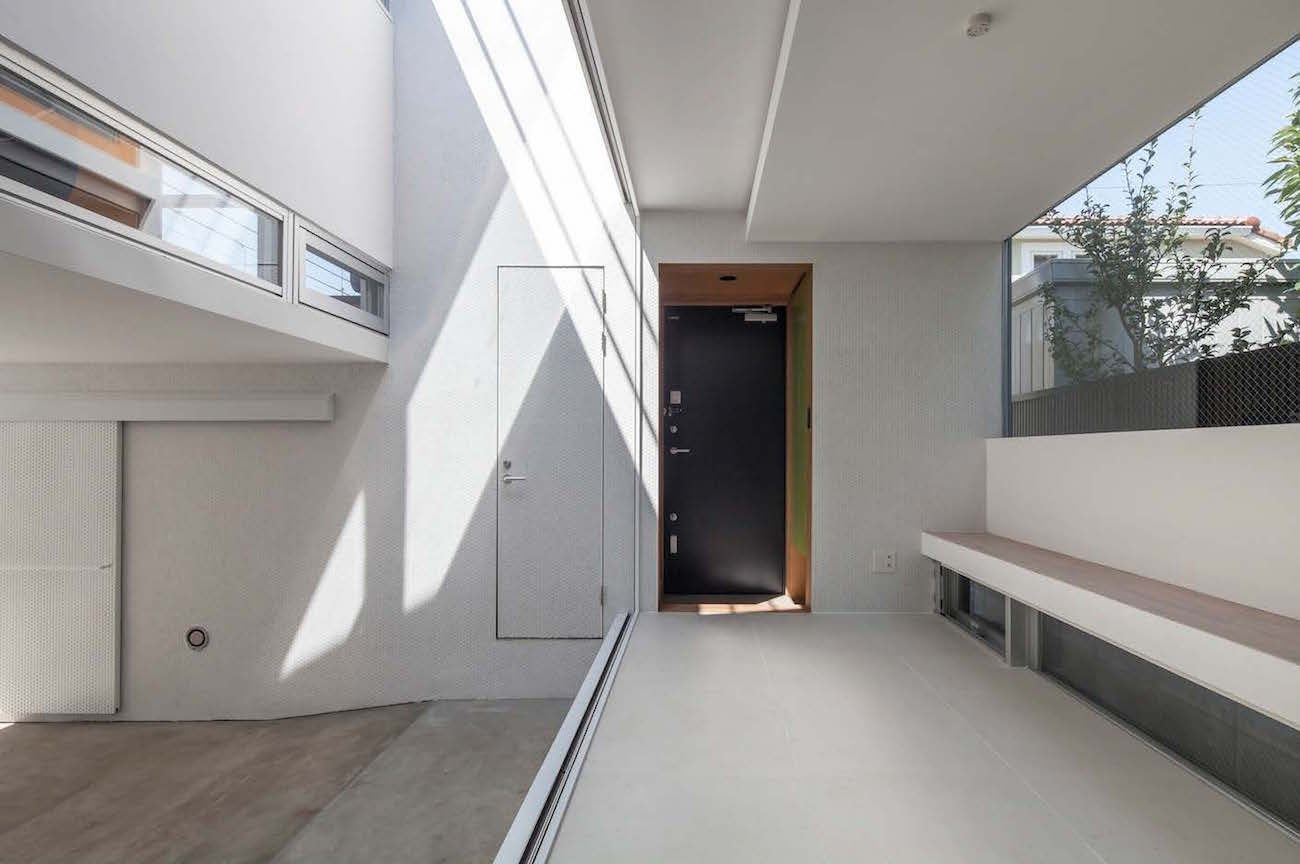 In the previous “illusionary house” scheme, the empty space with a steel tower was “illusionary” because it could not be used. But we can actually utilize the “empty space” on this site. It seems that even passers-by eventually start to share the space. Some people wandered into the space on the open-house day, and also on the day the clients moved in. Six months after the completion, we visited the house to find that the big oak tree, which used to be a symbol of the community, had been cut down due to construction of a new apartment building. We hope that the “empty space” will serve as a new symbolic place for the community, in place of the lost oak tree from now on. 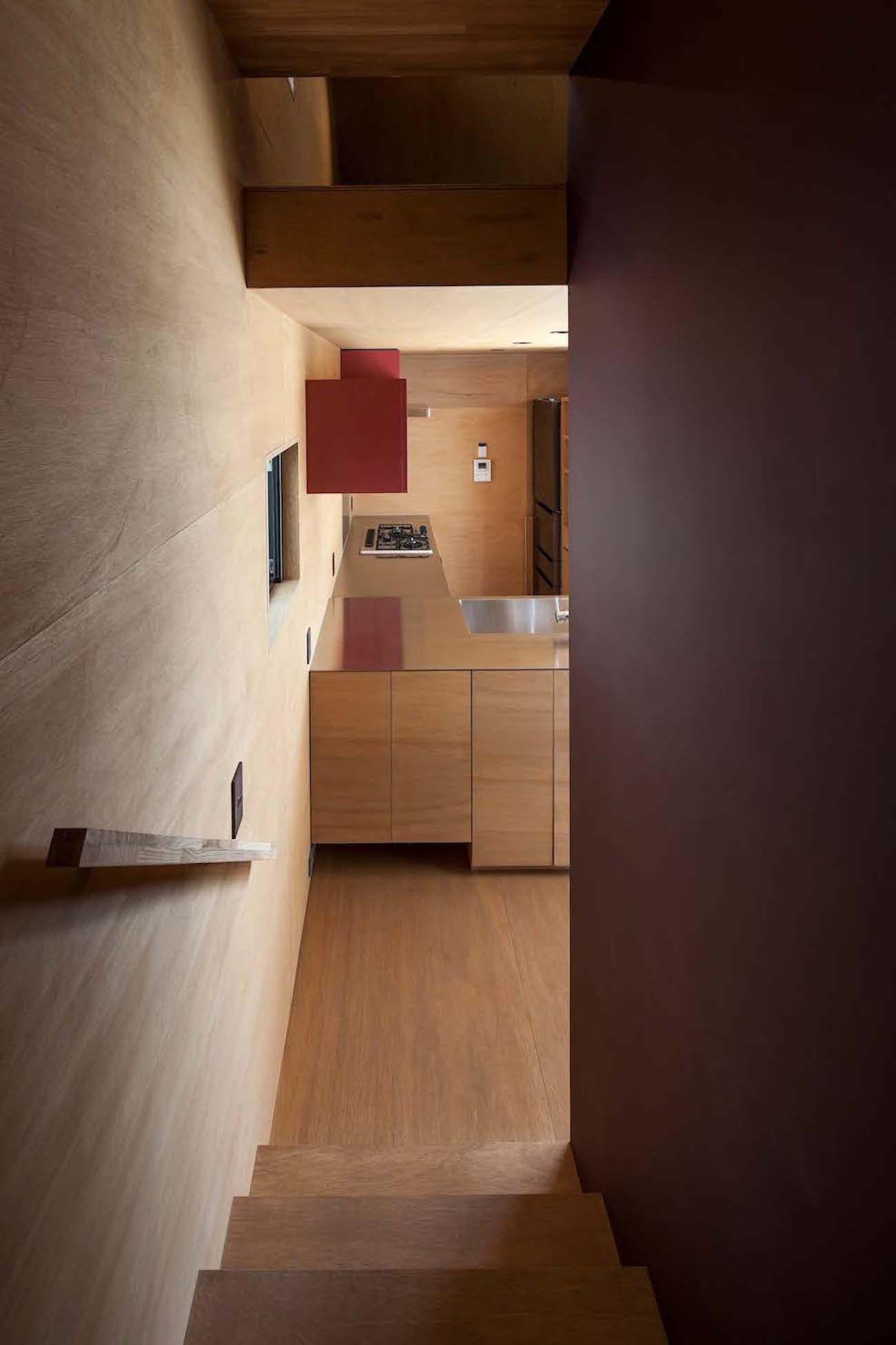 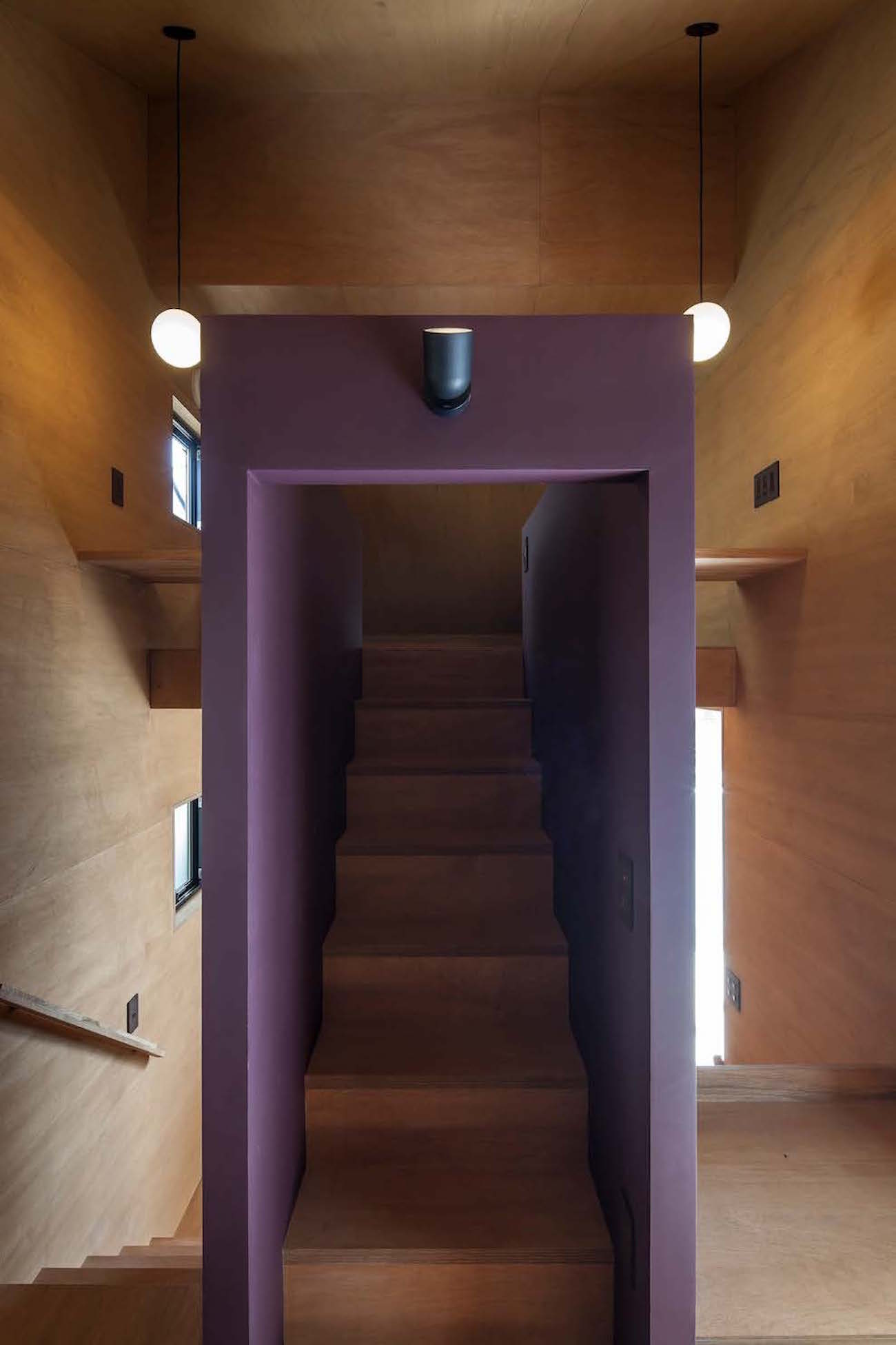 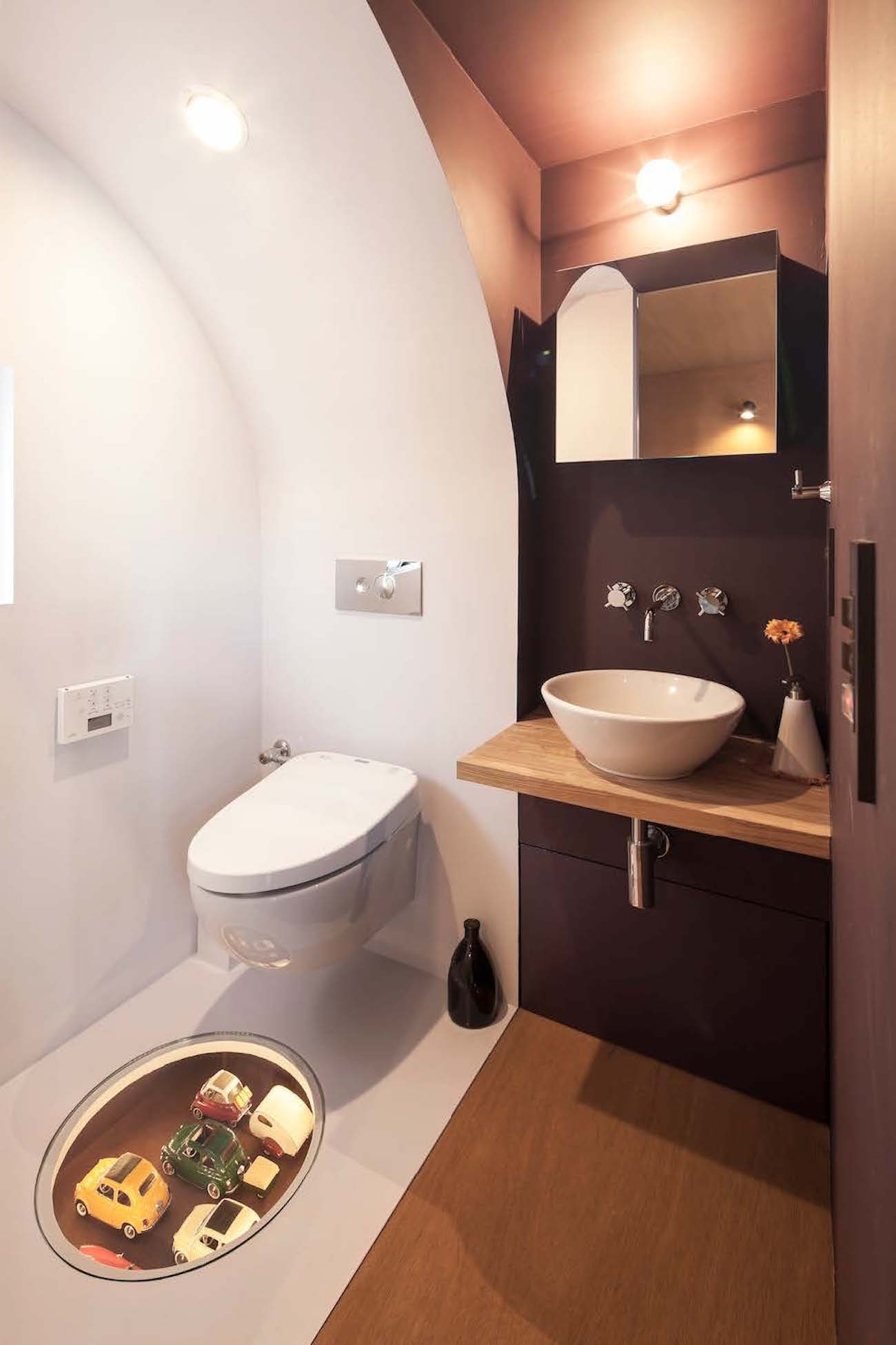 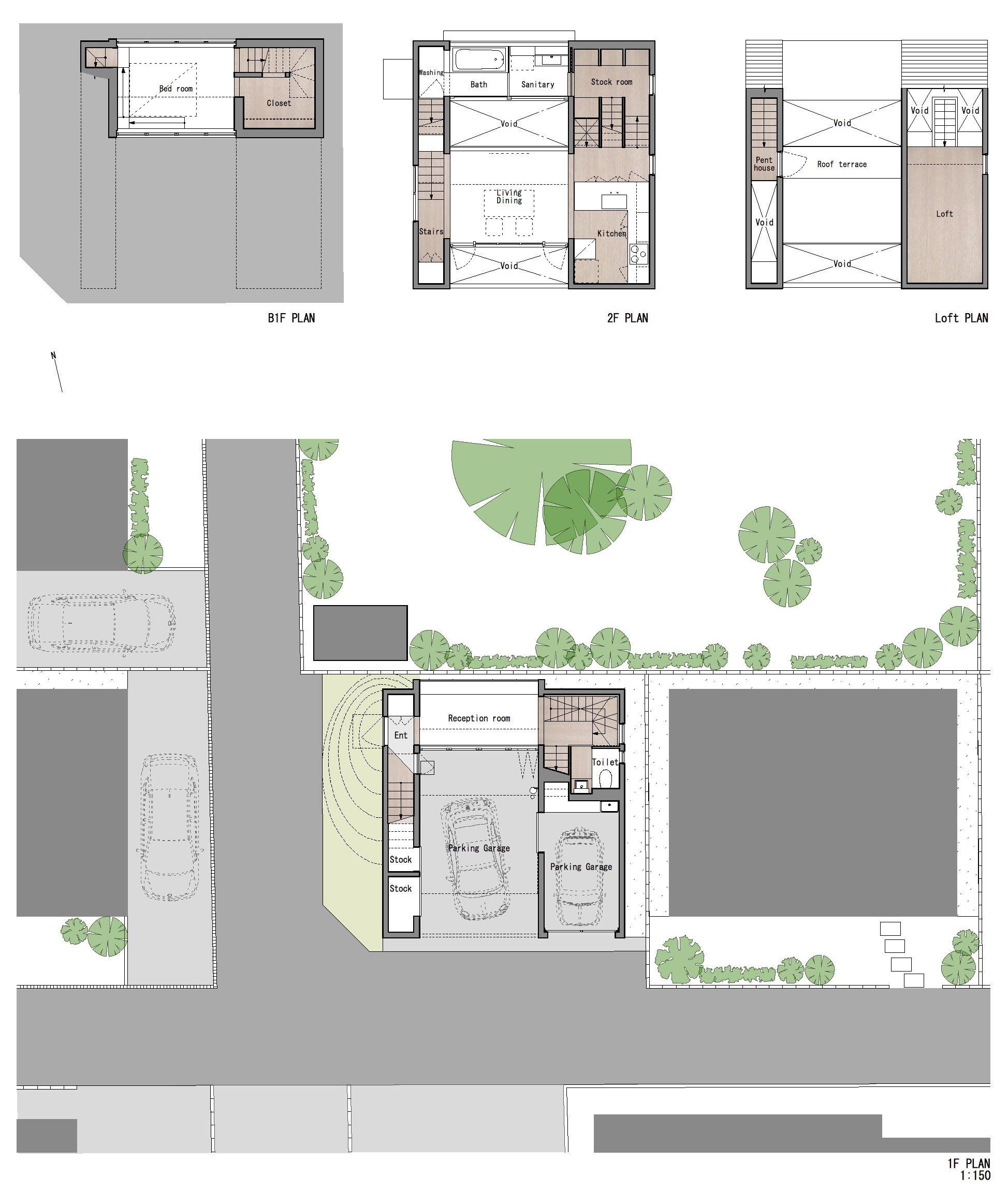 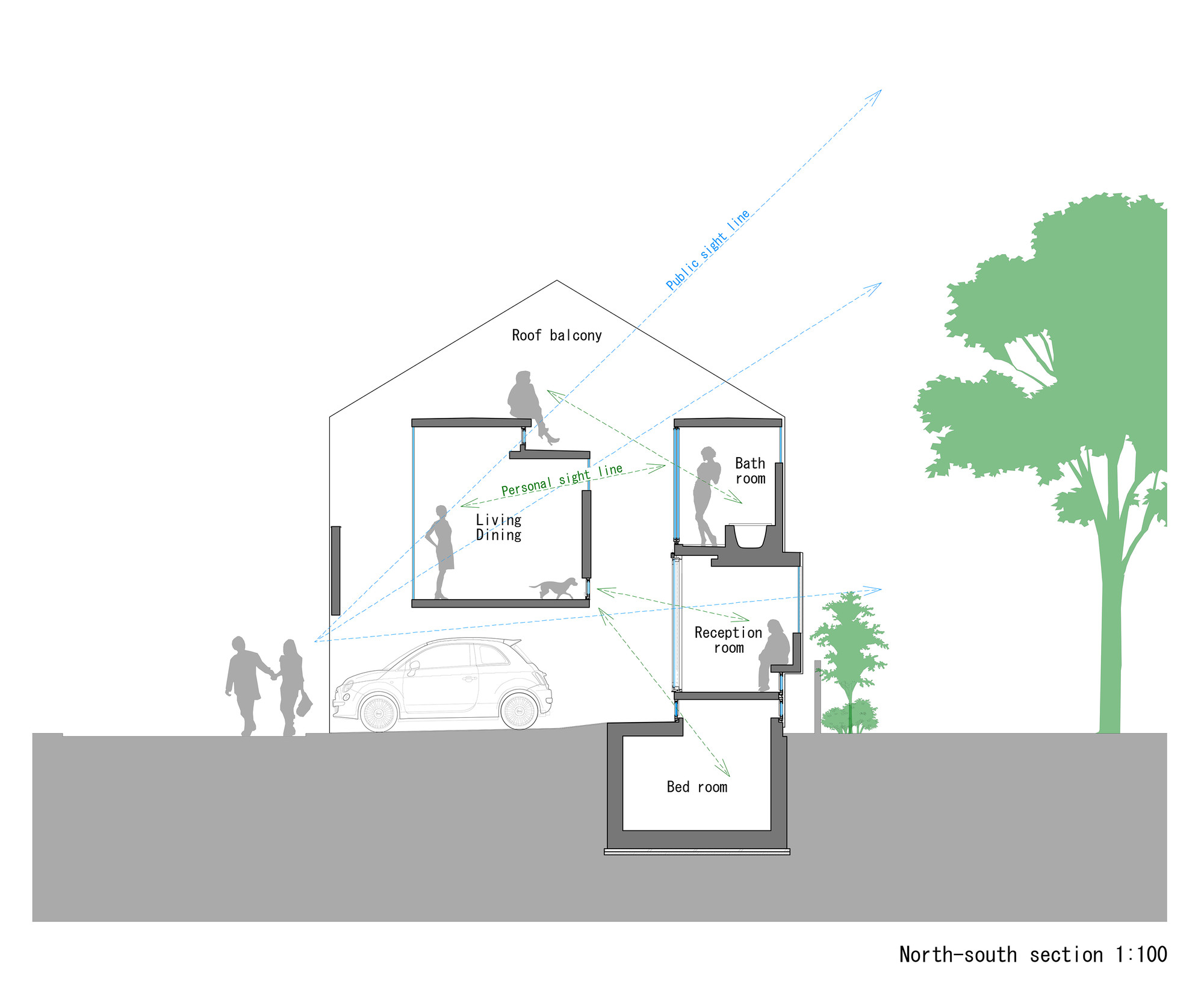 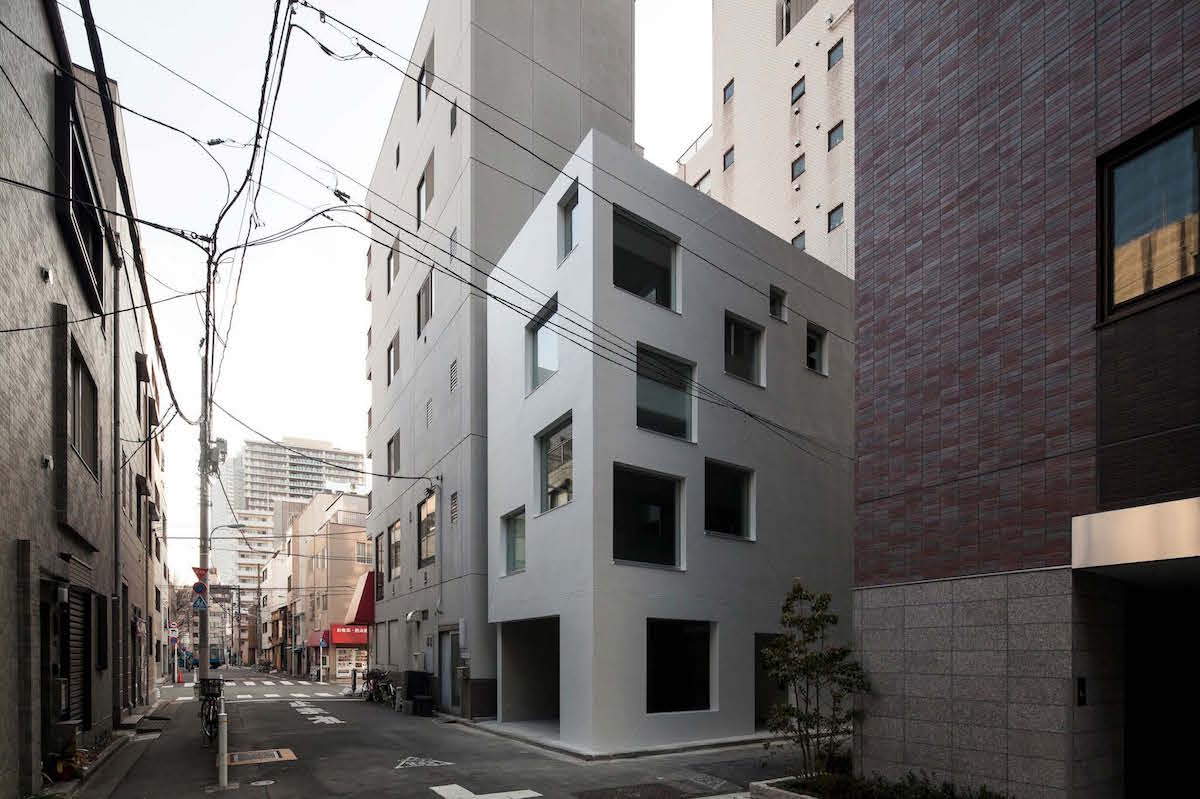 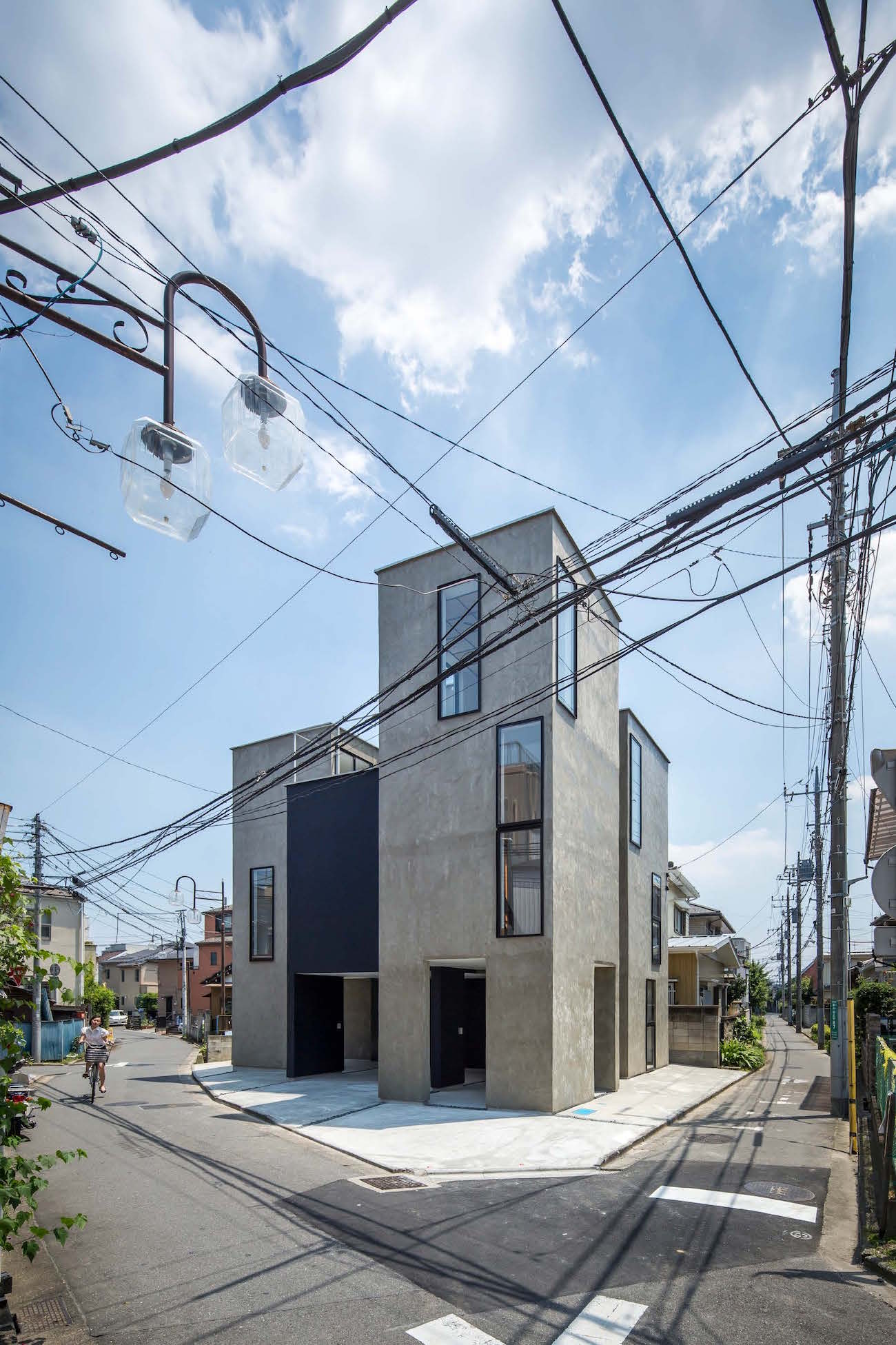 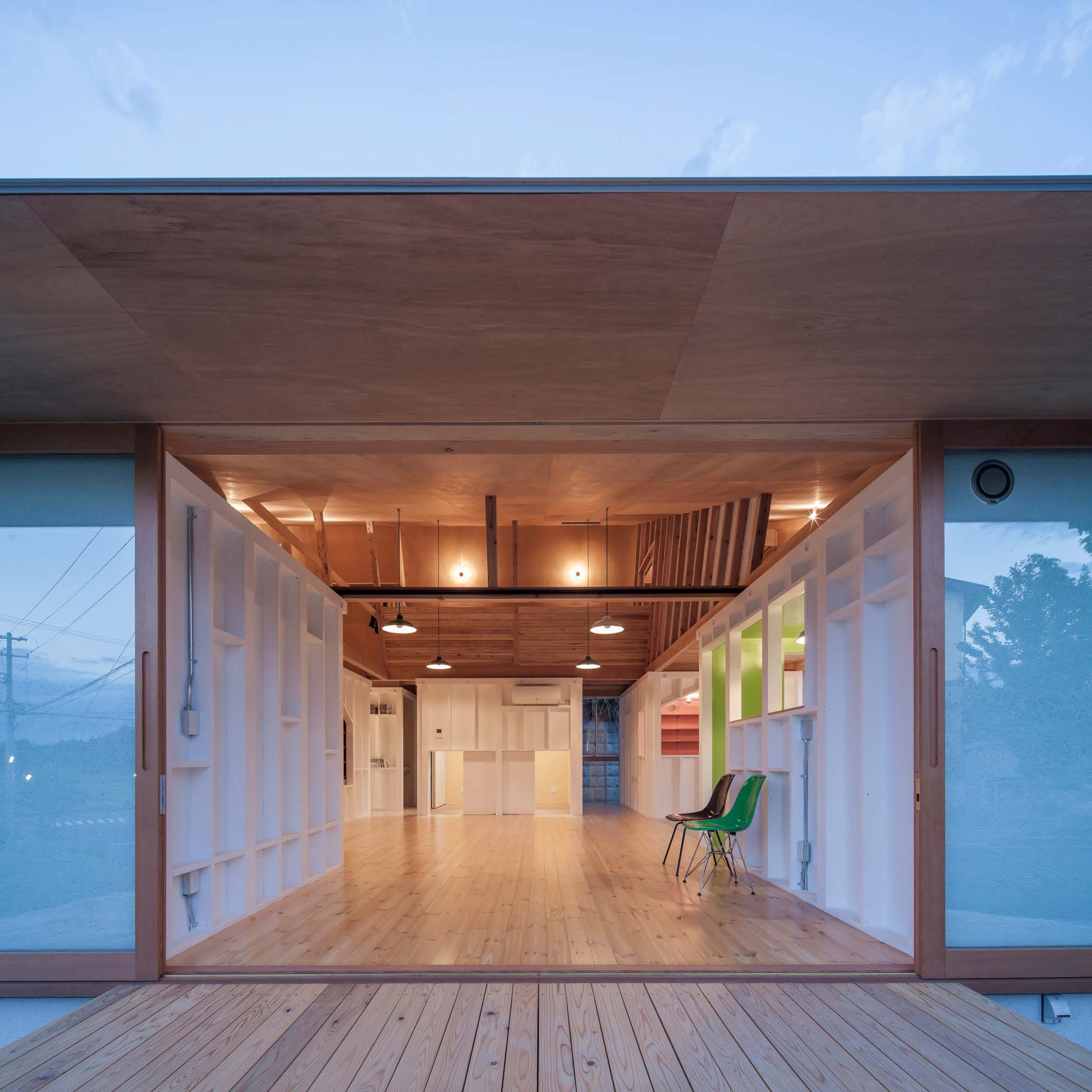 RICO The project is a private house placed in a typical…