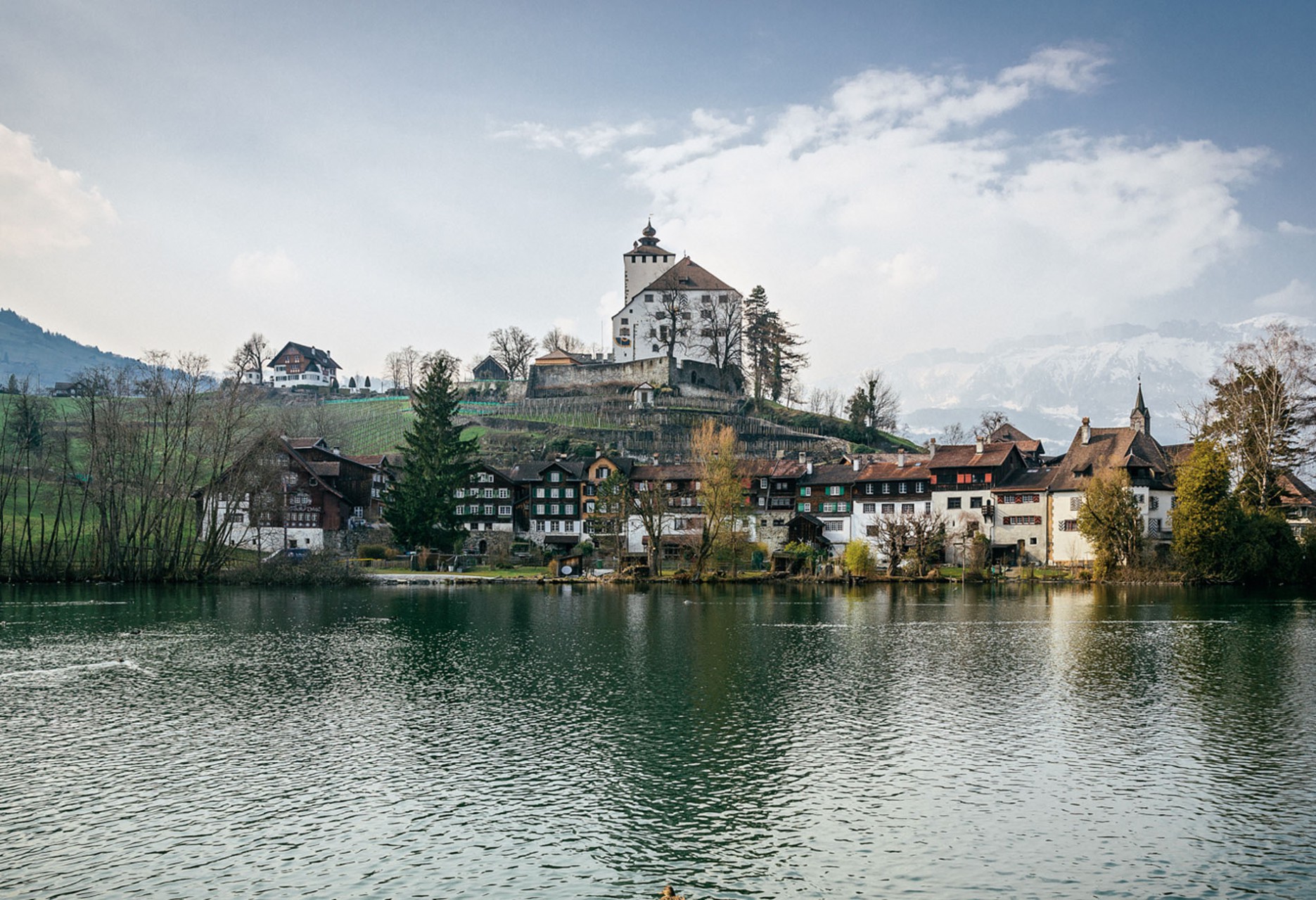 Located in the municipality of Grabs, Castle Werdenberg is a Swiss heritage site of national significance. In 2013-2015, the castle went through substantial renovations, including the reinforcement of the timber-framed ceiling to the replacement of electrical network as well as upgrading the fire-protection systems to meet the levels required by present codes. Various built-in fixtures inside the existing museum were demolished to allow for a complete redesign of the exhibition spaces. In the courtyard, which surrounds Castle Werdenberg, stands a 58 m2 pavillon-esque reception building which functions not only as a reception area but a shop and bistro as well. Built into a niche of the stone courtyard walls the new structure is distinctive but discreet. Using traditional wood construction, known as ‘Strickbau’, the massive timber walls open up to the ceiling’s exposed timber beams and trusses. The facades and the sloped roof are clad in untreated larch shingles. A second auxiliary building, known as ‘The old horse stall’, was renovated to accompany the new reception building. The building accommodates rooms for staff and technical facilities. 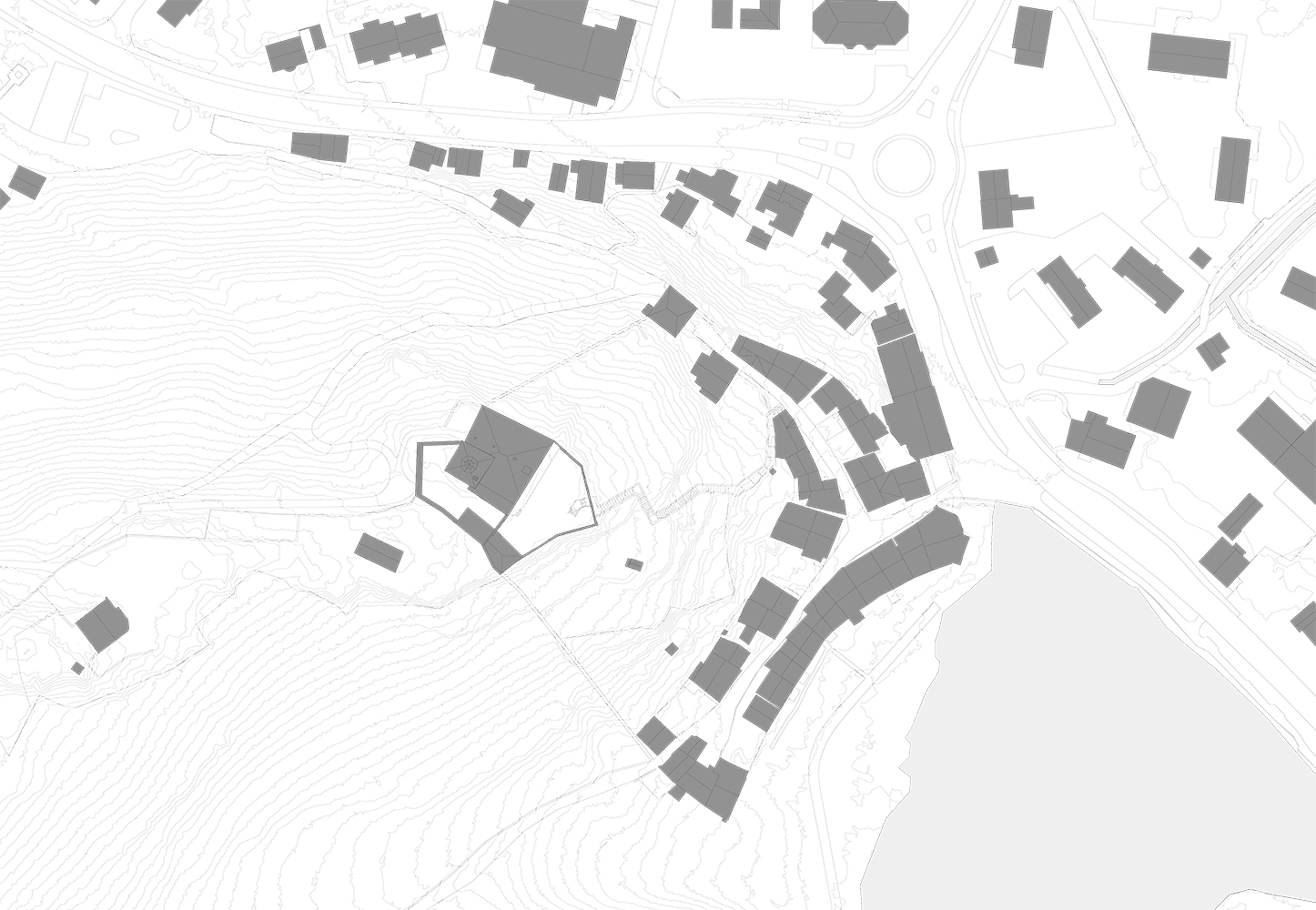 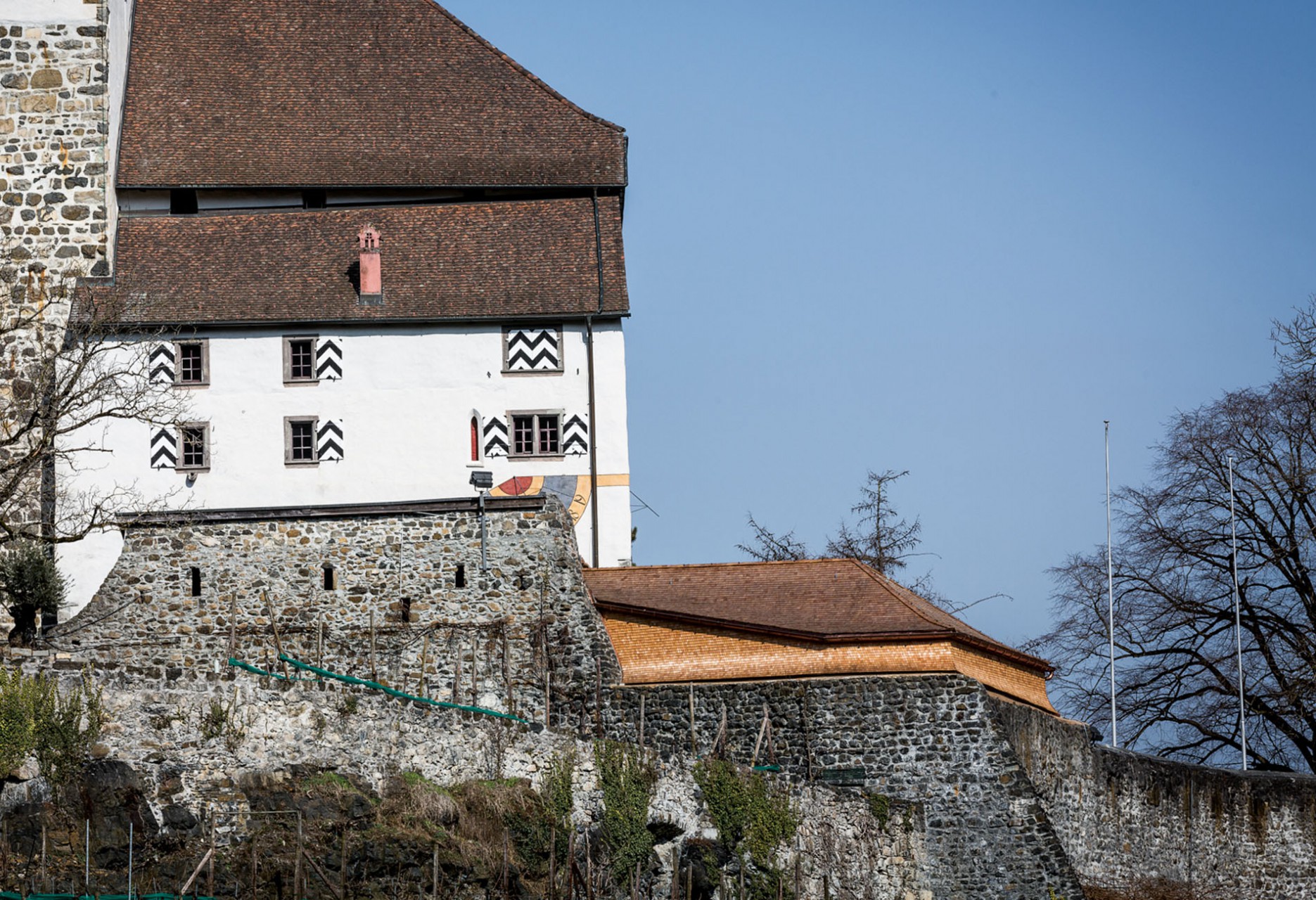 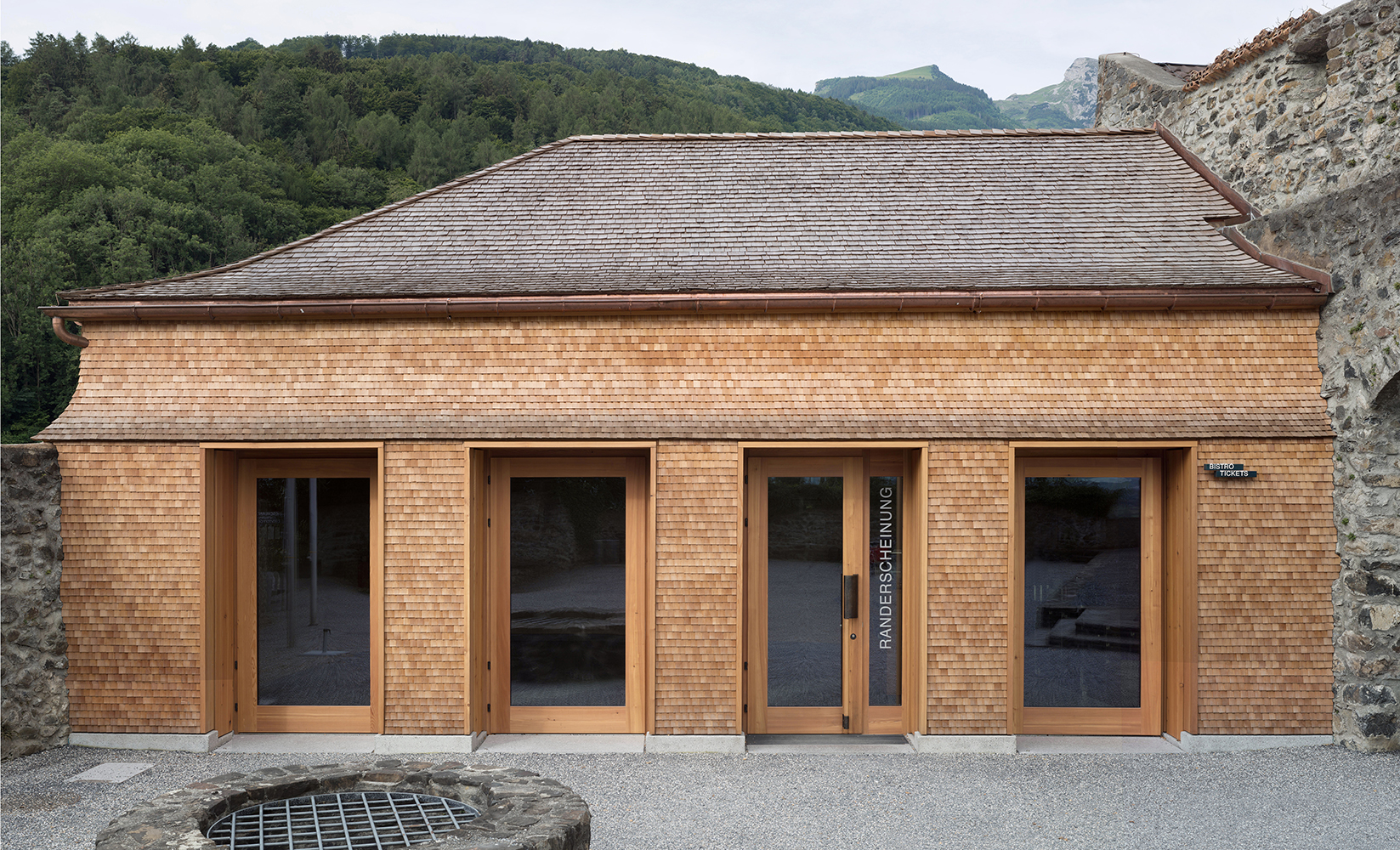 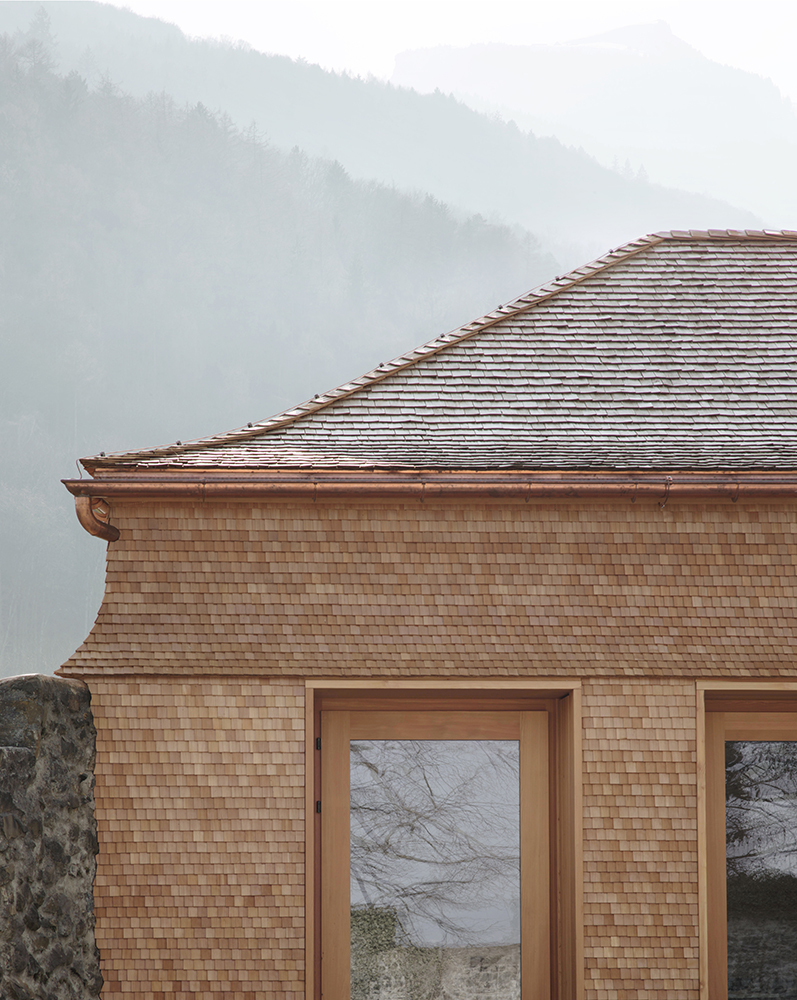 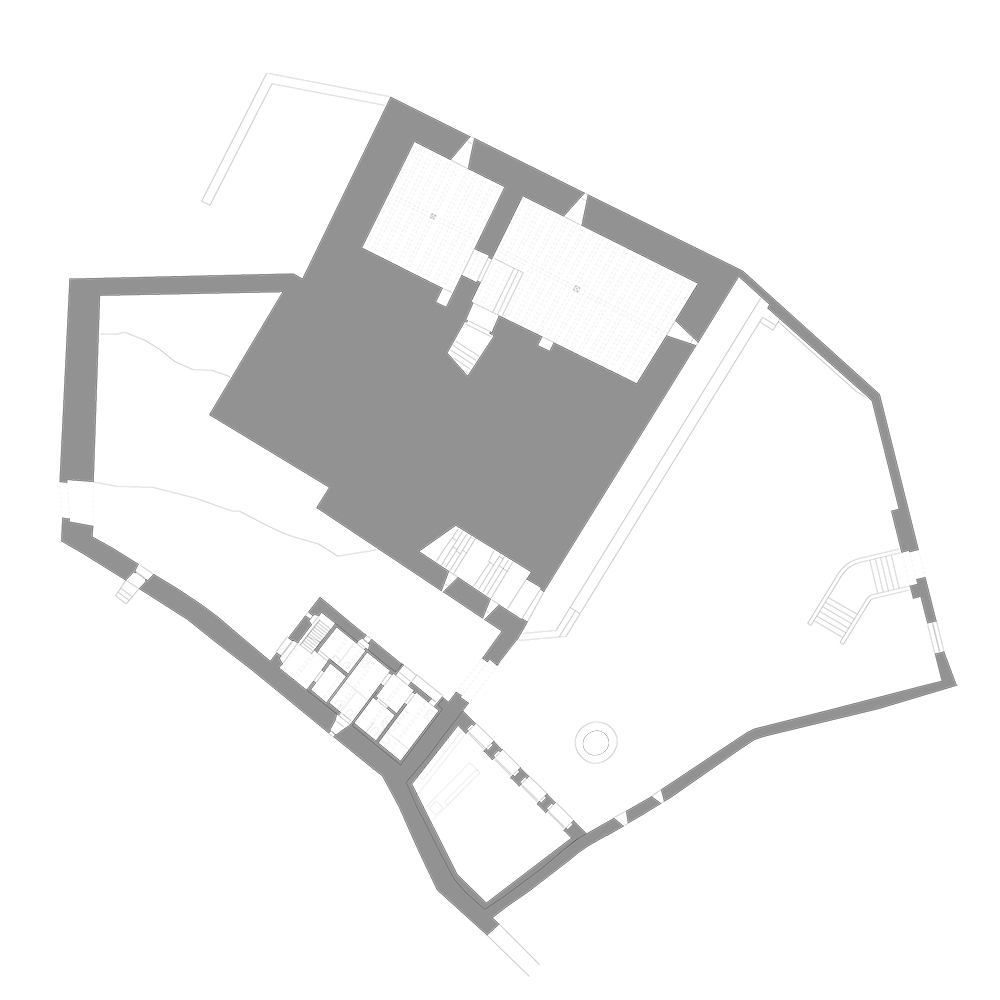 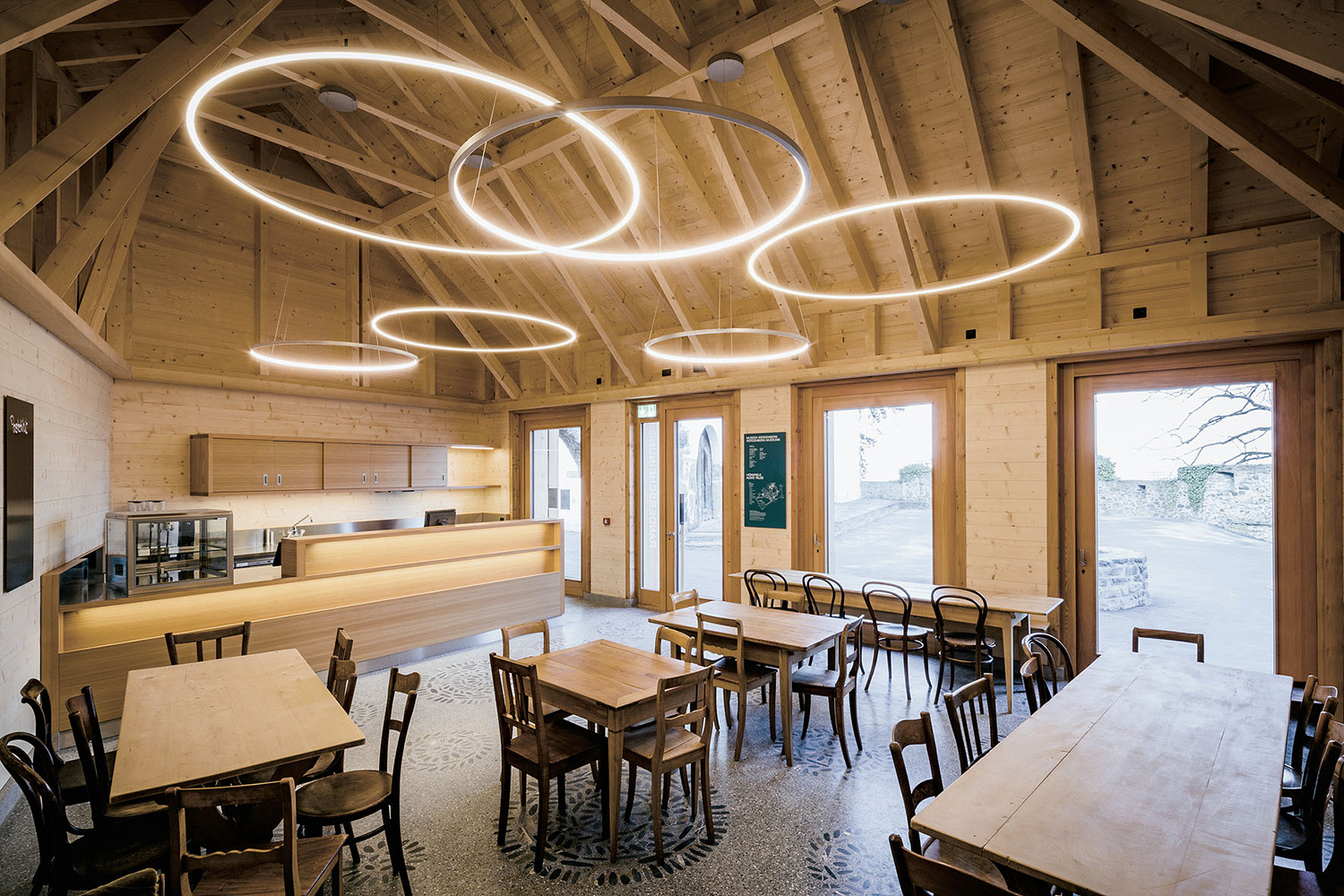 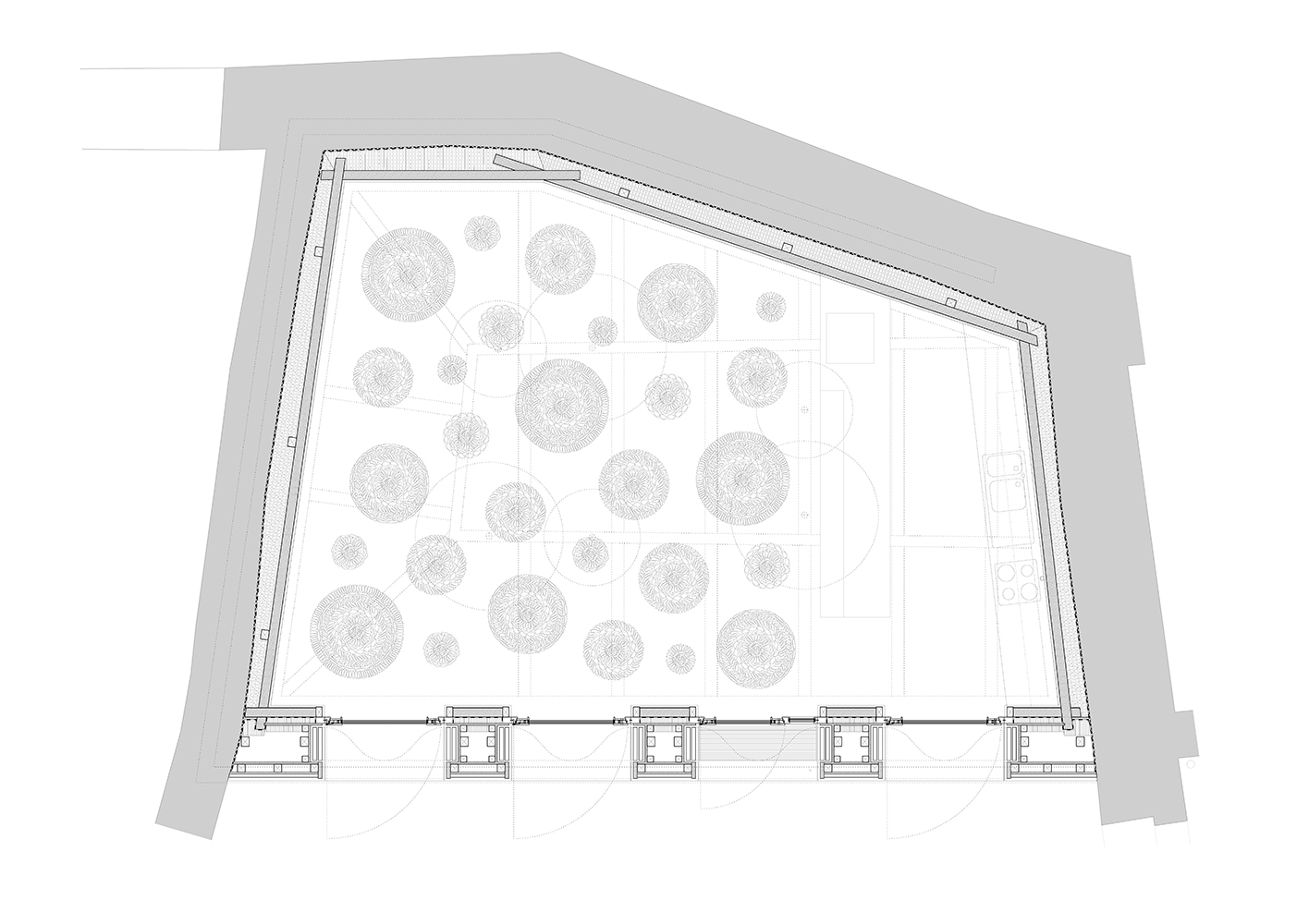 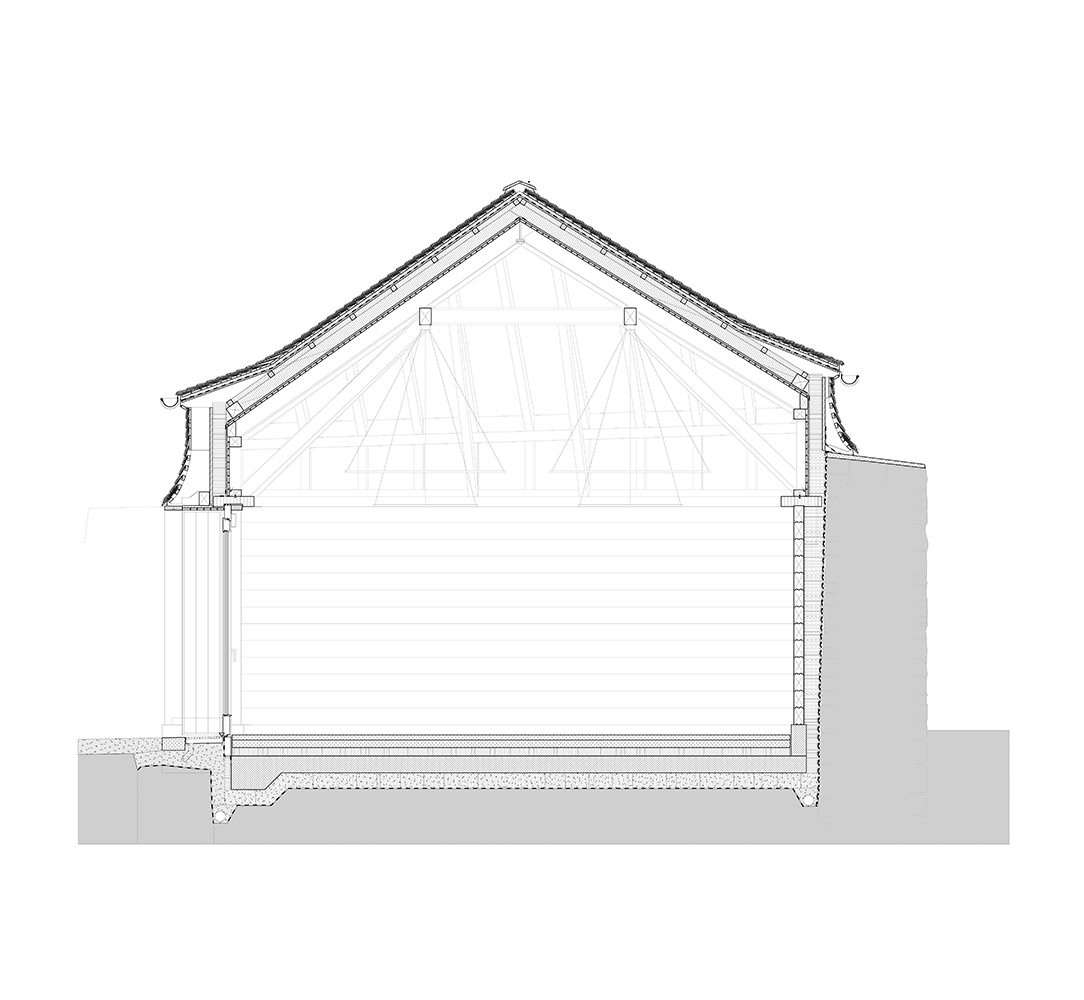 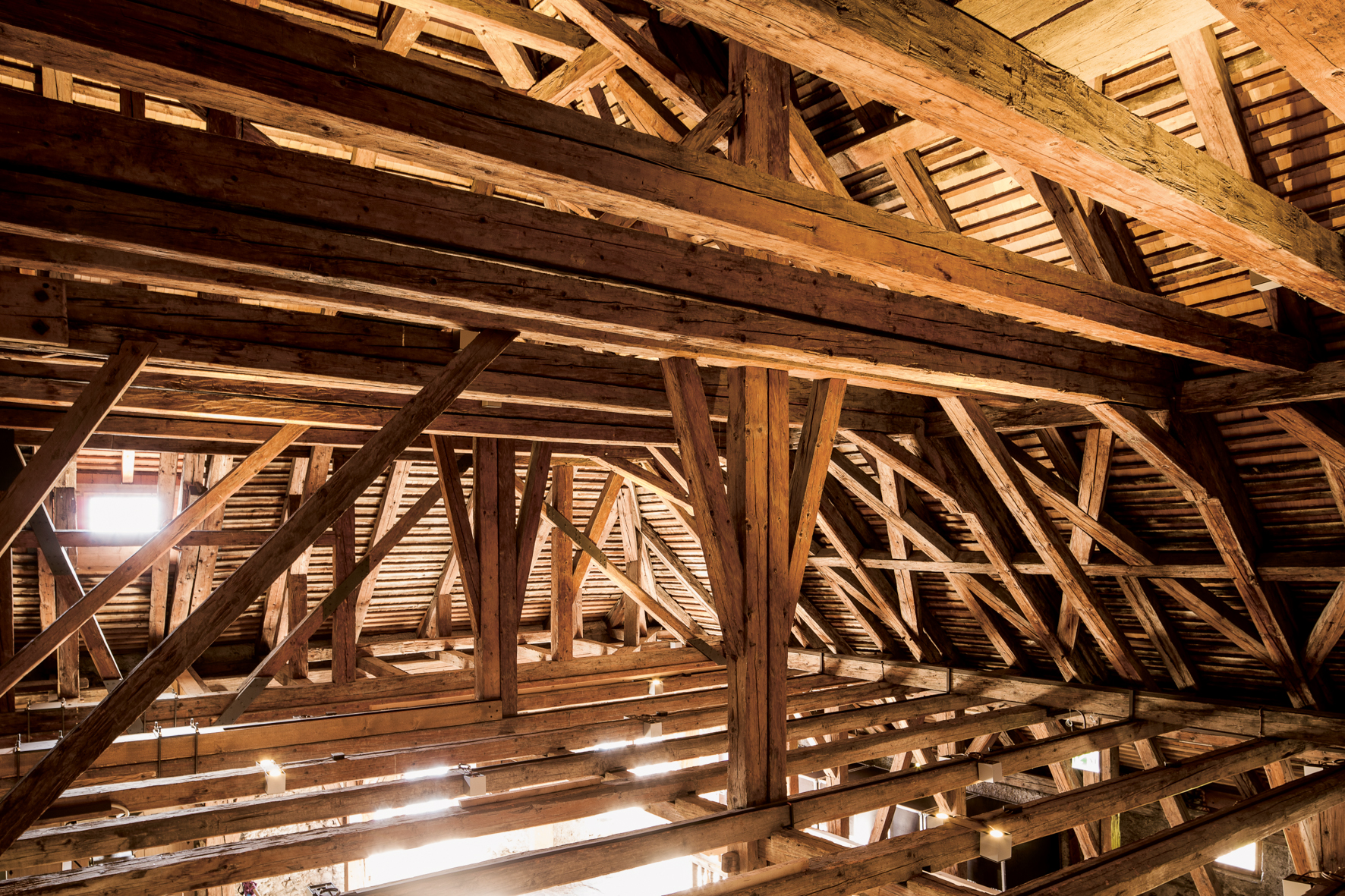 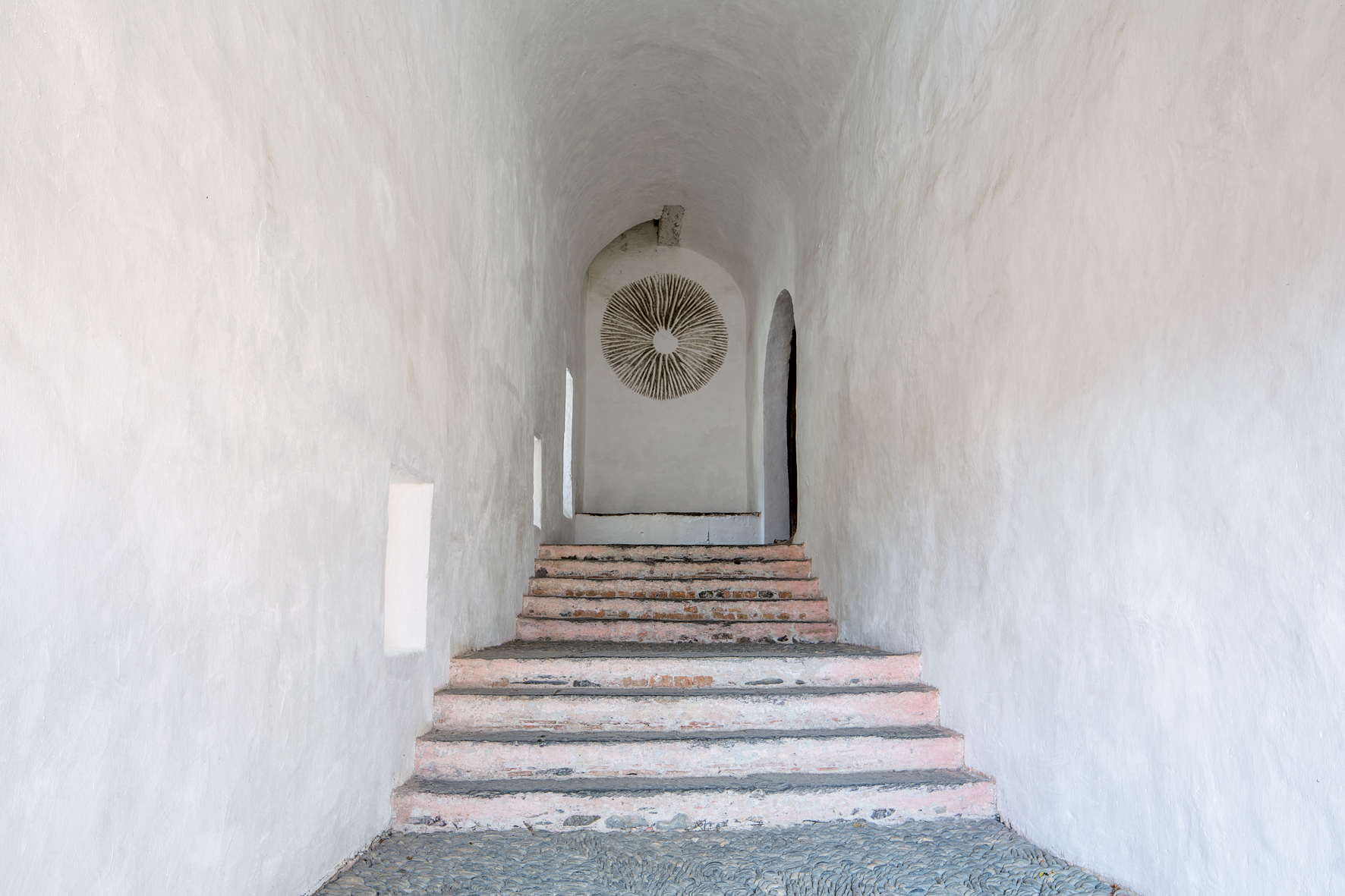 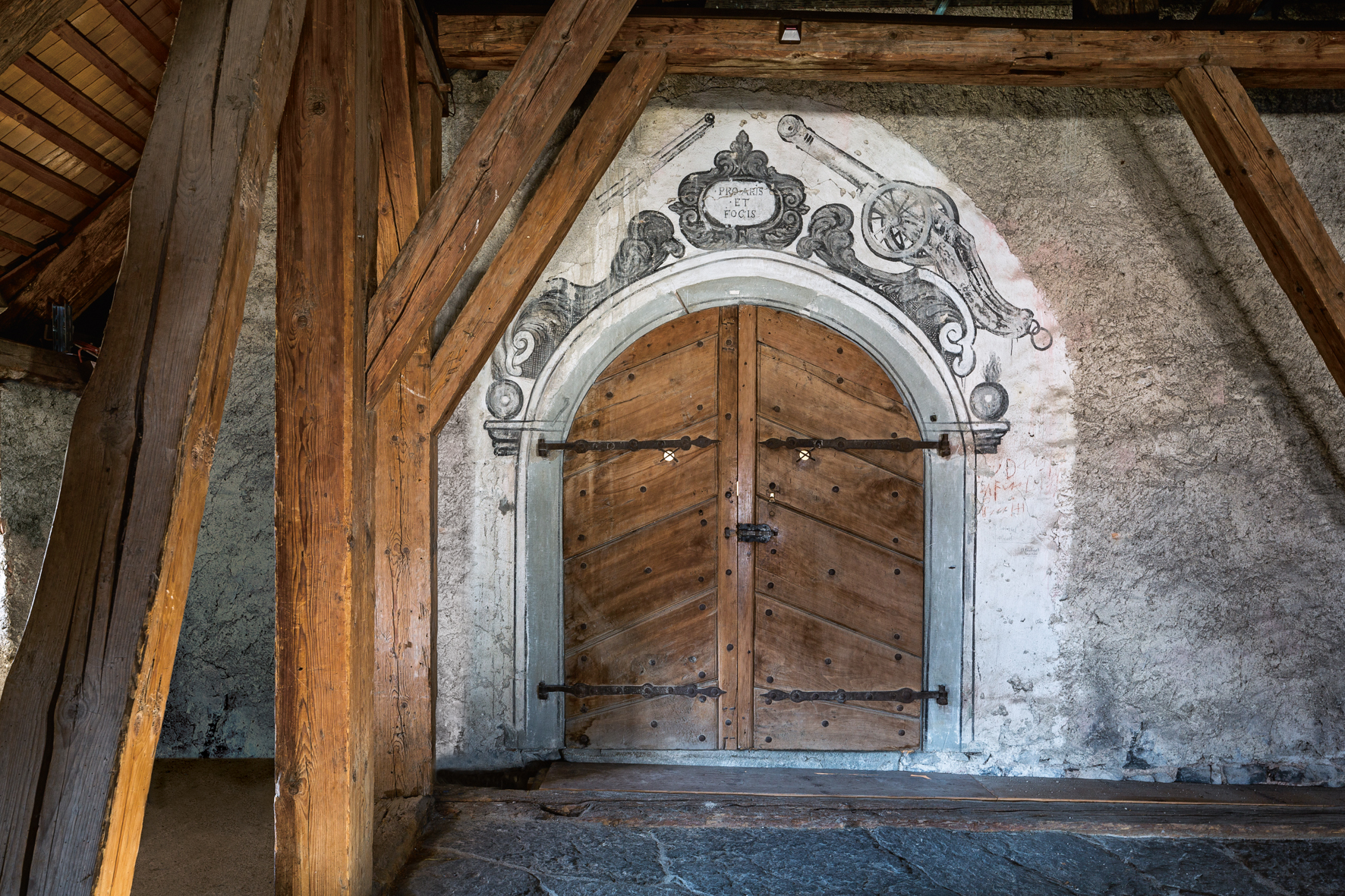 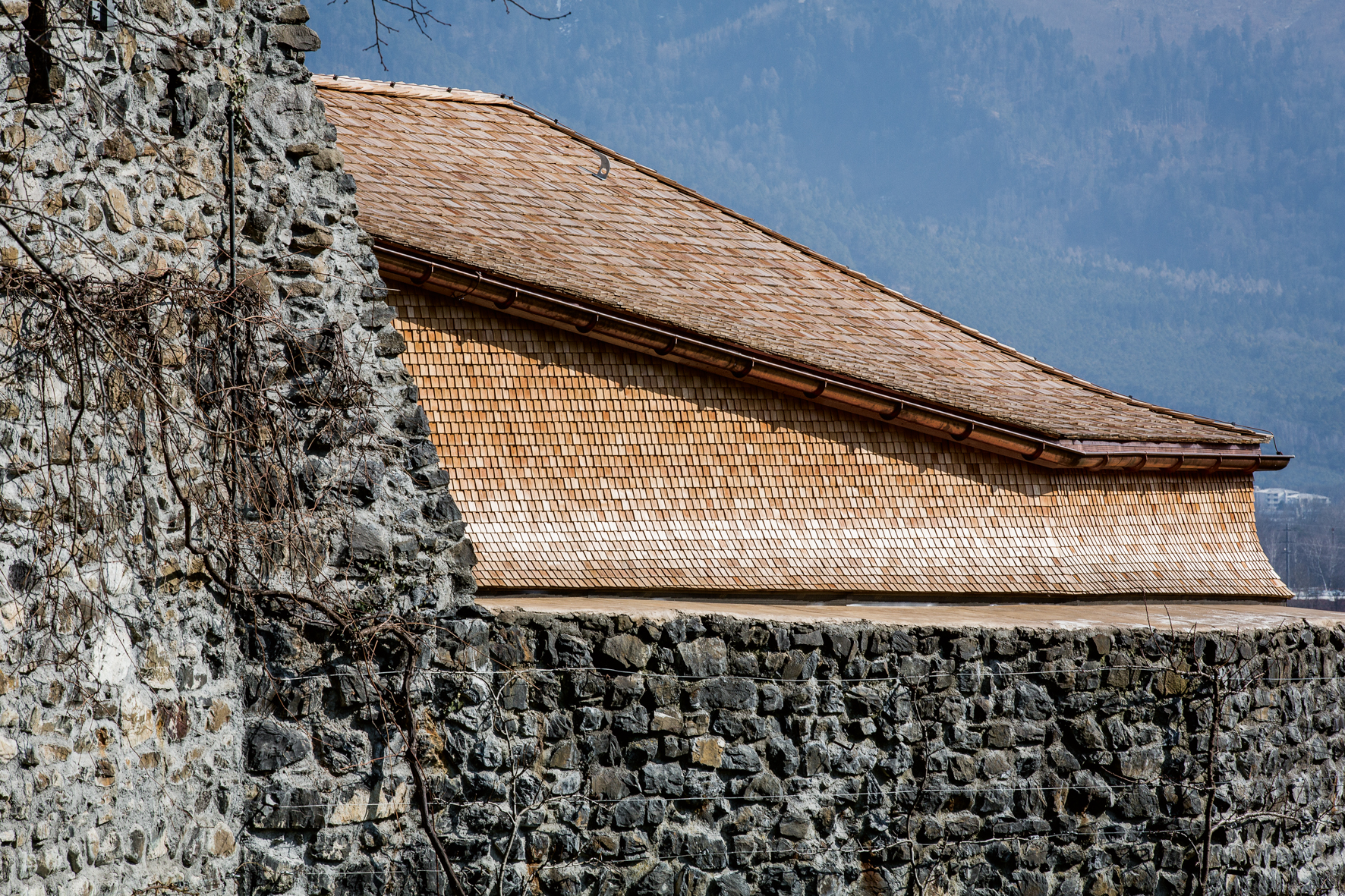 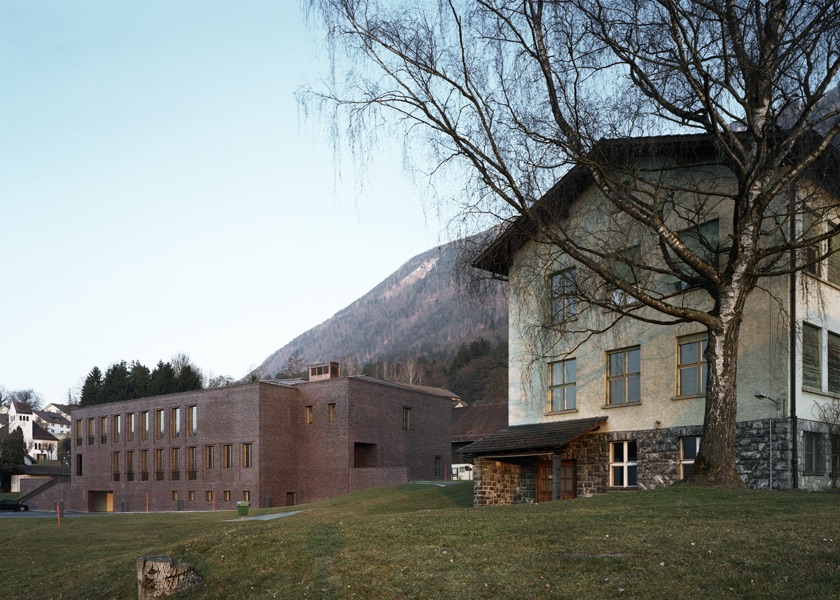 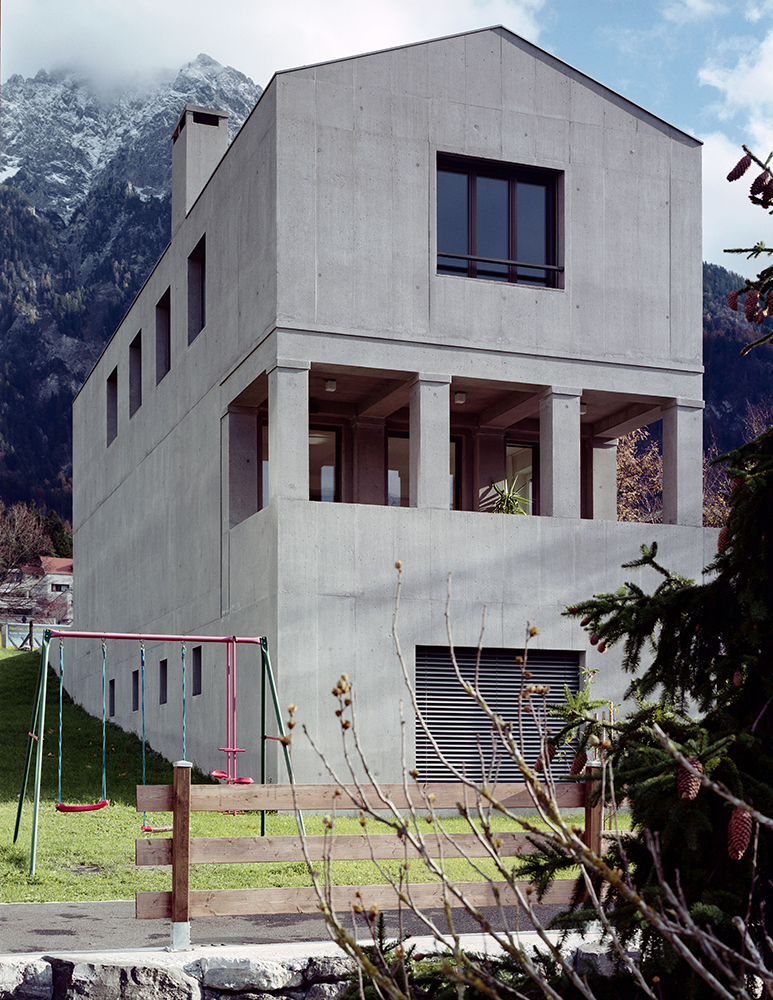