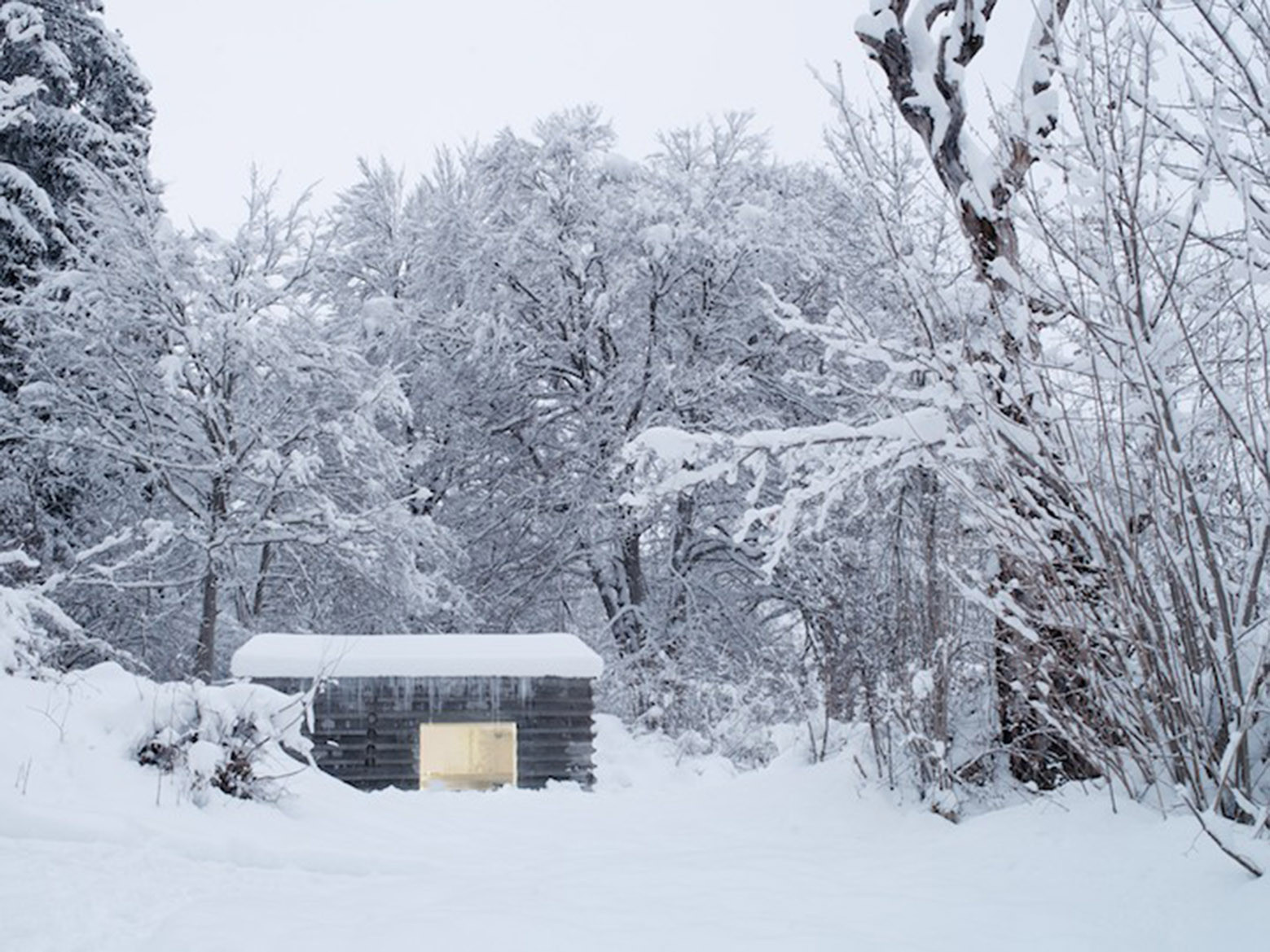 The refugi Lieptgas stands where in the past a wooden structure served as a shelter to the farming people. In front of the hut a small path leads into the forest of Flims, next to it the sculpture of a hollowed dead woodpecker tree. Opposite there is a stable, together they are forming a kind of a gate into the forest. Both buildings – cabin and stable – were abandoned, about to decline. The formerly inhabited part of the ensemble could have been converted and replaced by a new construction. The character of the place had to be preserved. 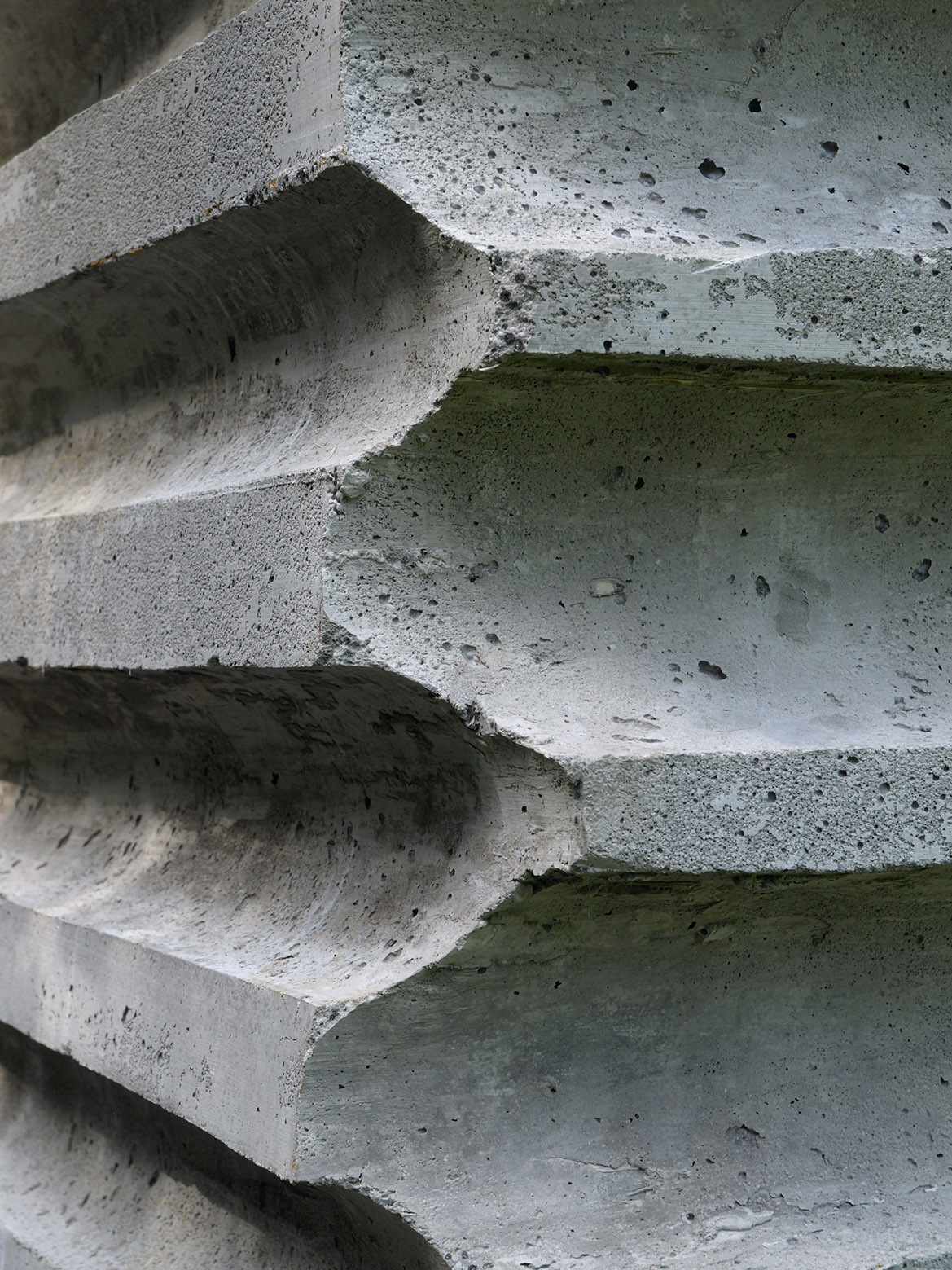 The new hut now stands as a petrification of the abandoned structure in exactly the same place. The timber log constuction of the old cabin was used as the formwork, the walls were cast massively in insulating concrete. The surface is rough, nature will soon reconquer the artefact. 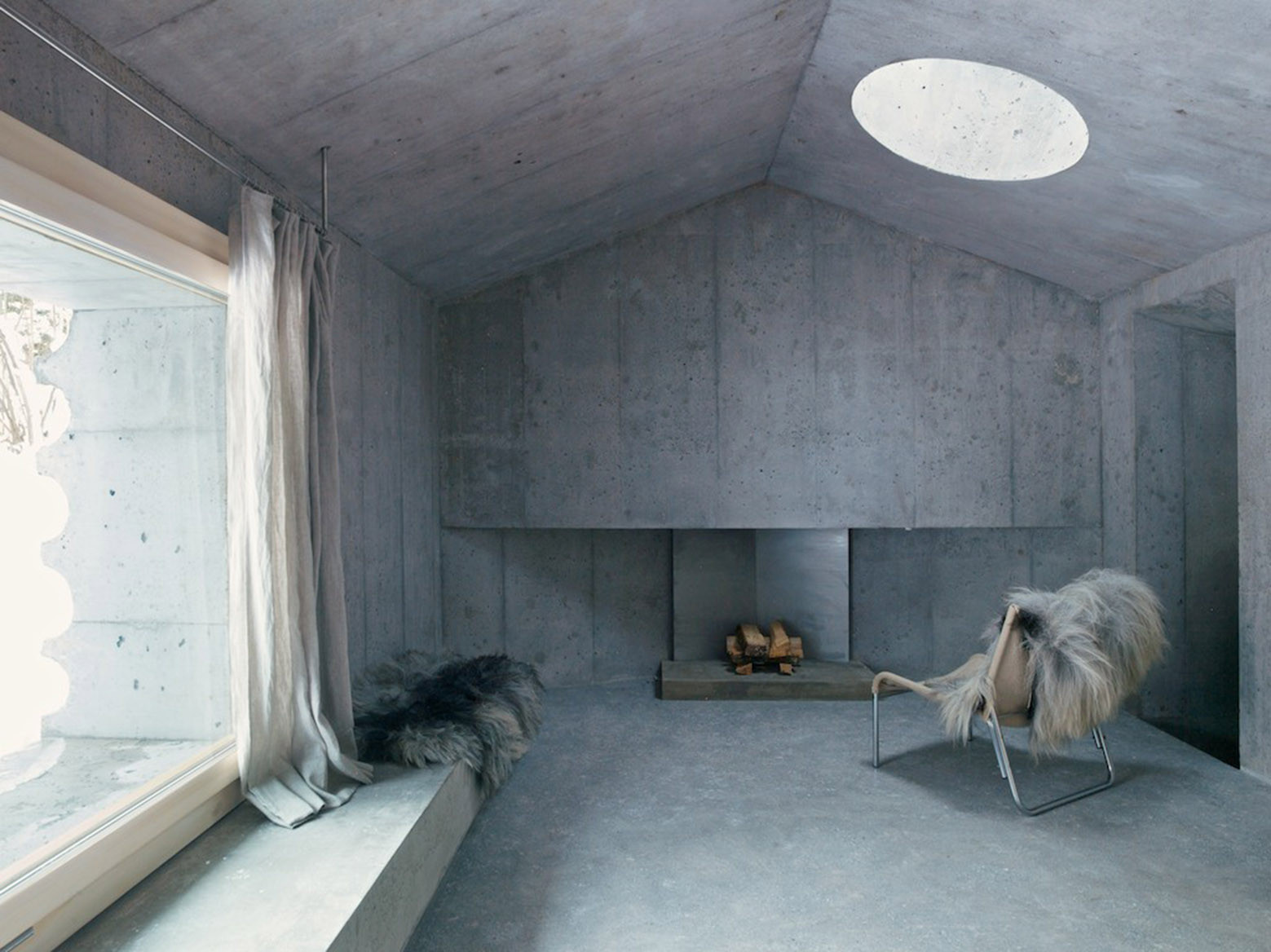 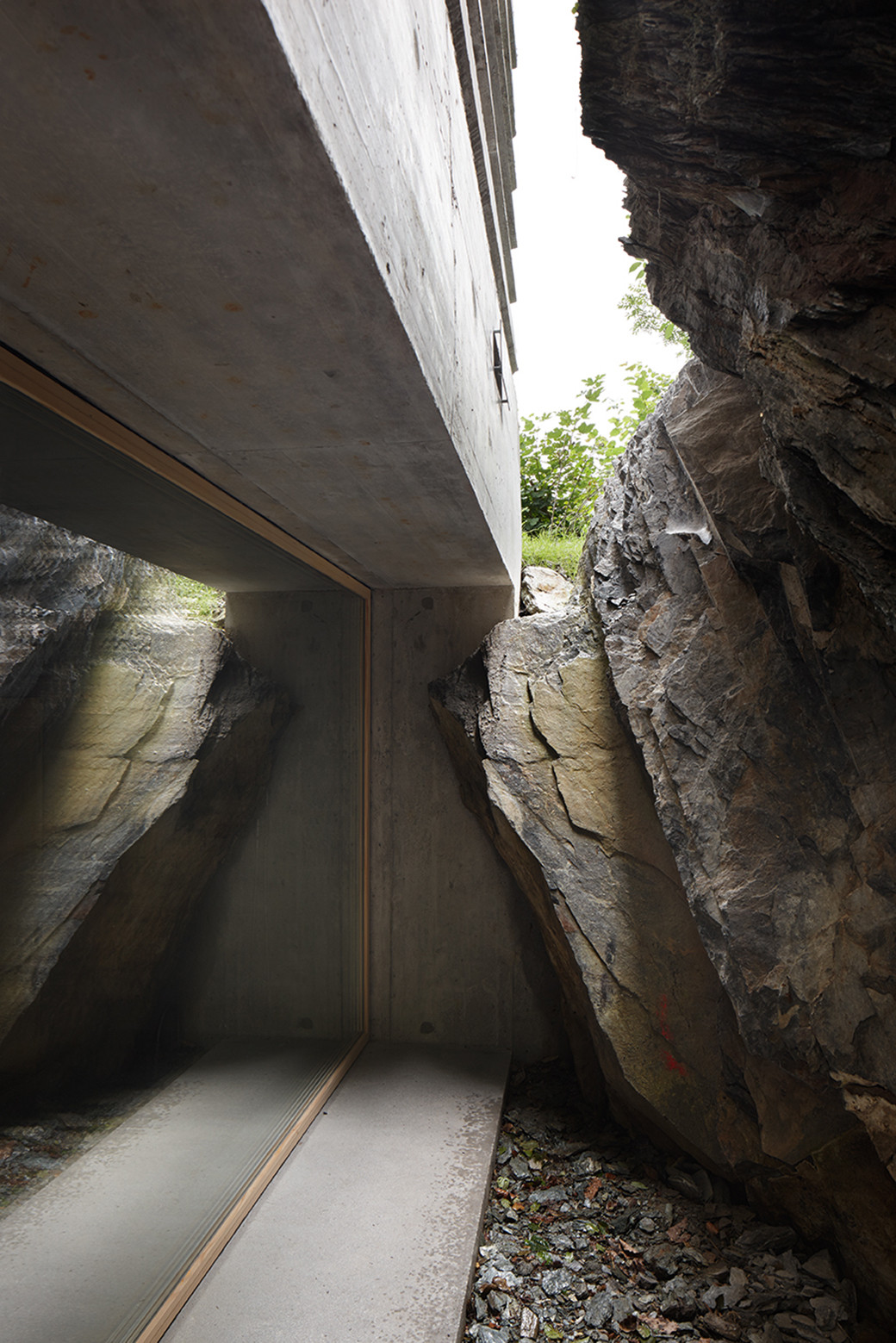 The archetype form of the house defines the space of the upper floor. A fire place in the backwall, a eating area at a window with view into a clearing of the woods, a small kitchen, a heated concrete bench from which one looks through a round roof light into the crown of a big beech tree. A sinuous staircase leads to the underground. Here in silence one sleeps. A big rock dominates the space, crepuscular light falls throughout the gap between rock and house. In front of the window a bathtub incorporated in a big heated concrete plinth. A door leads outside. 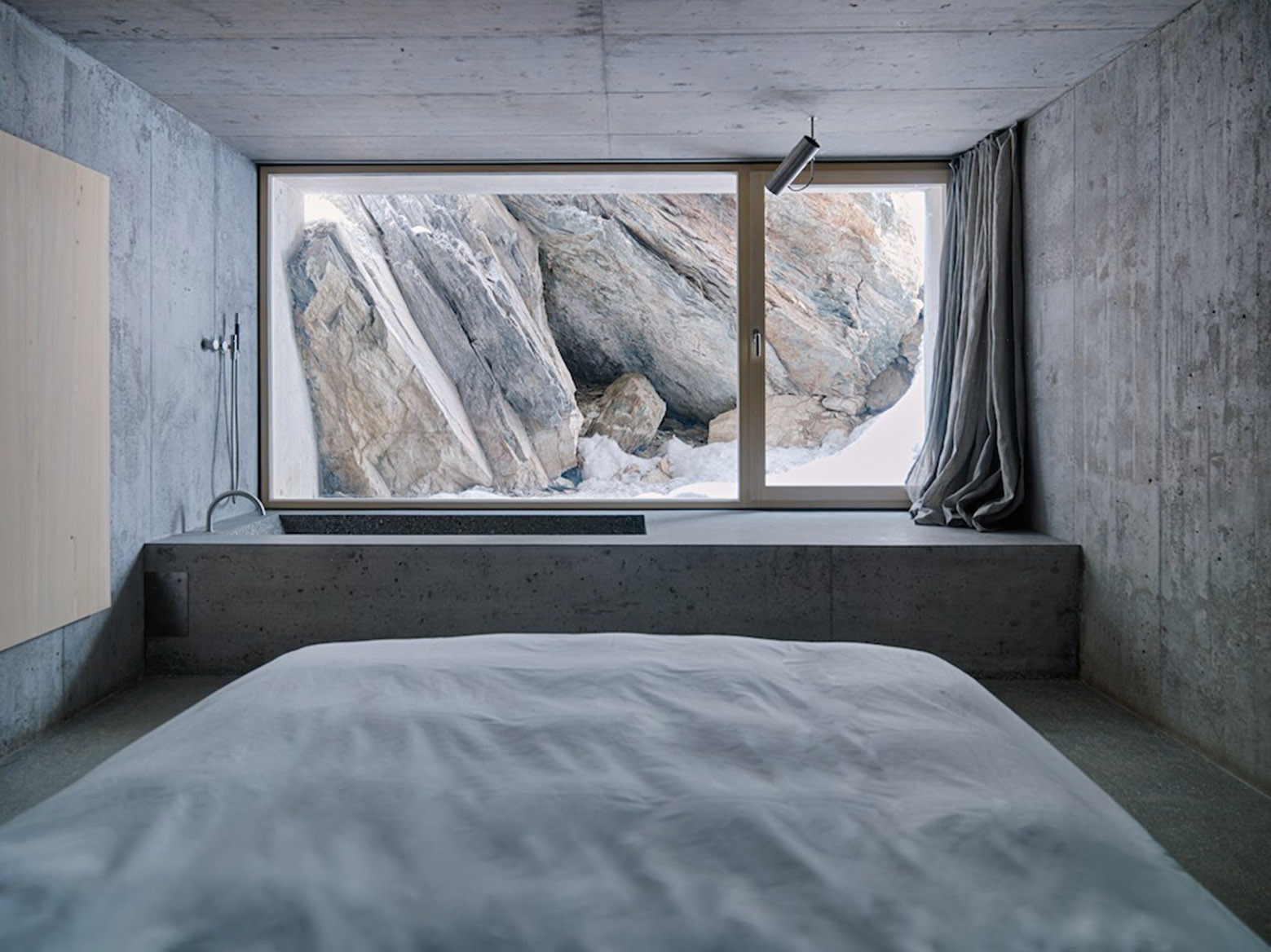 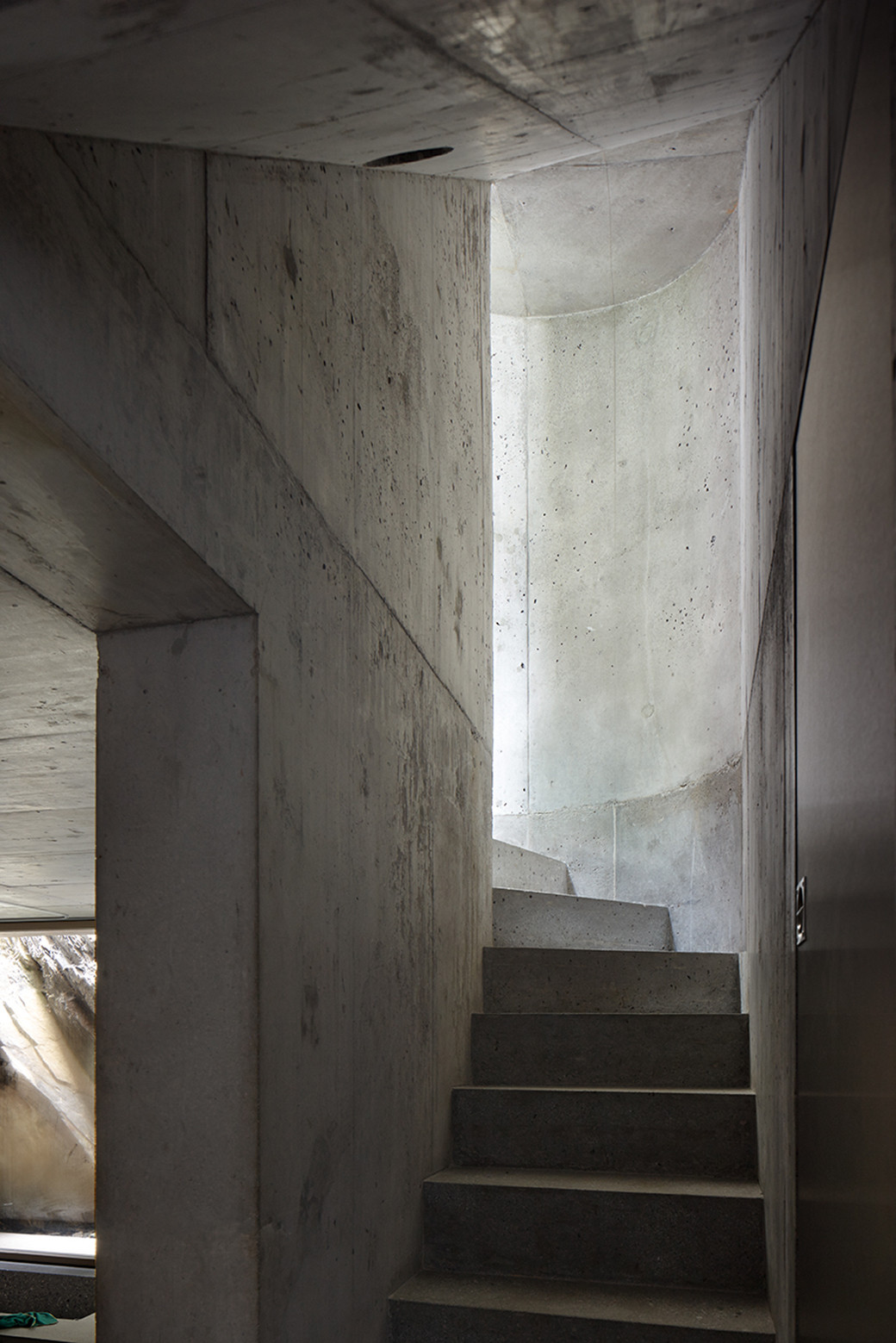 A concrete house in Flims, Switzerland.