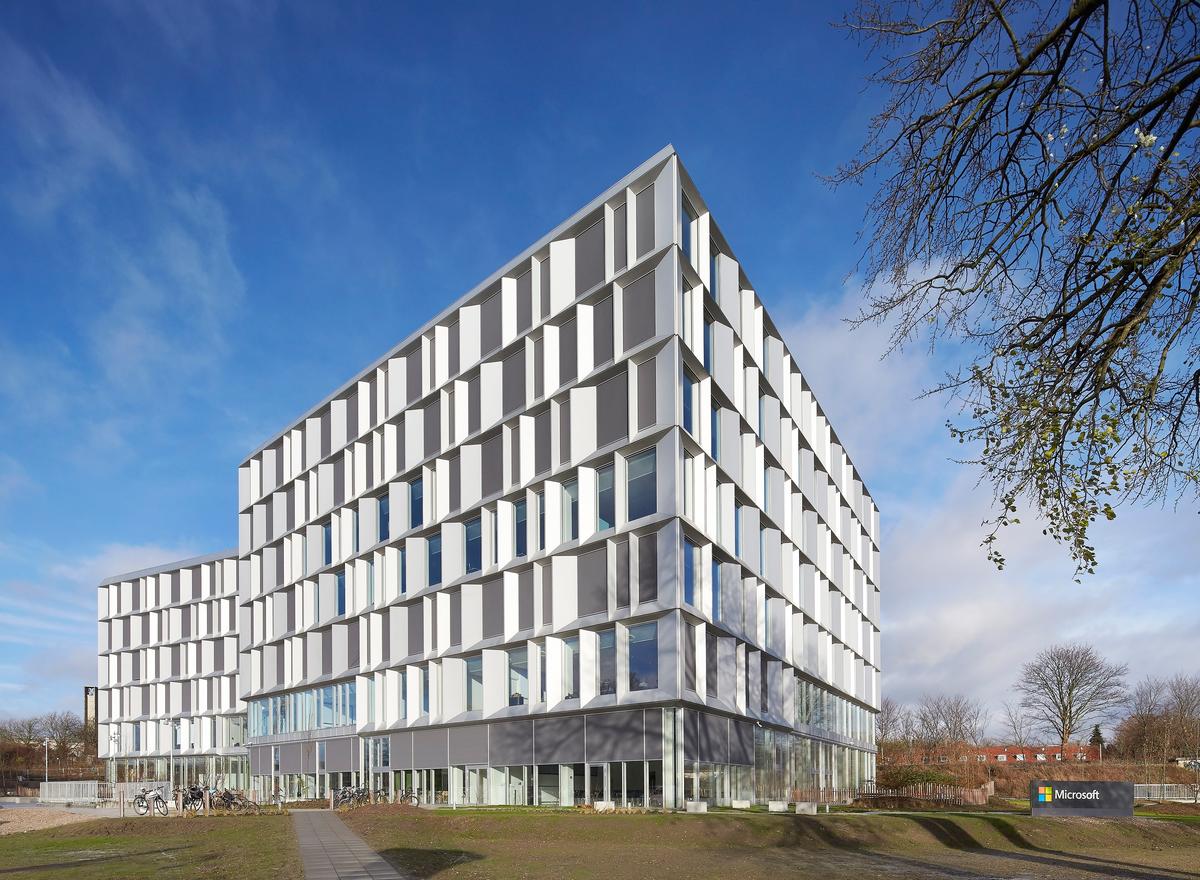 The new domicile gathers Microsoft’s two Danish units under the same roof. The design of the building originates in Microsoft’s approach to work, where cooperation and knowledge sharing are key. The domicile forms part of a greater urban development, which in time will include residences, shops, cafés and other businesses. I many ways the building supports Microsoft’s wish to become an integral part of a city. 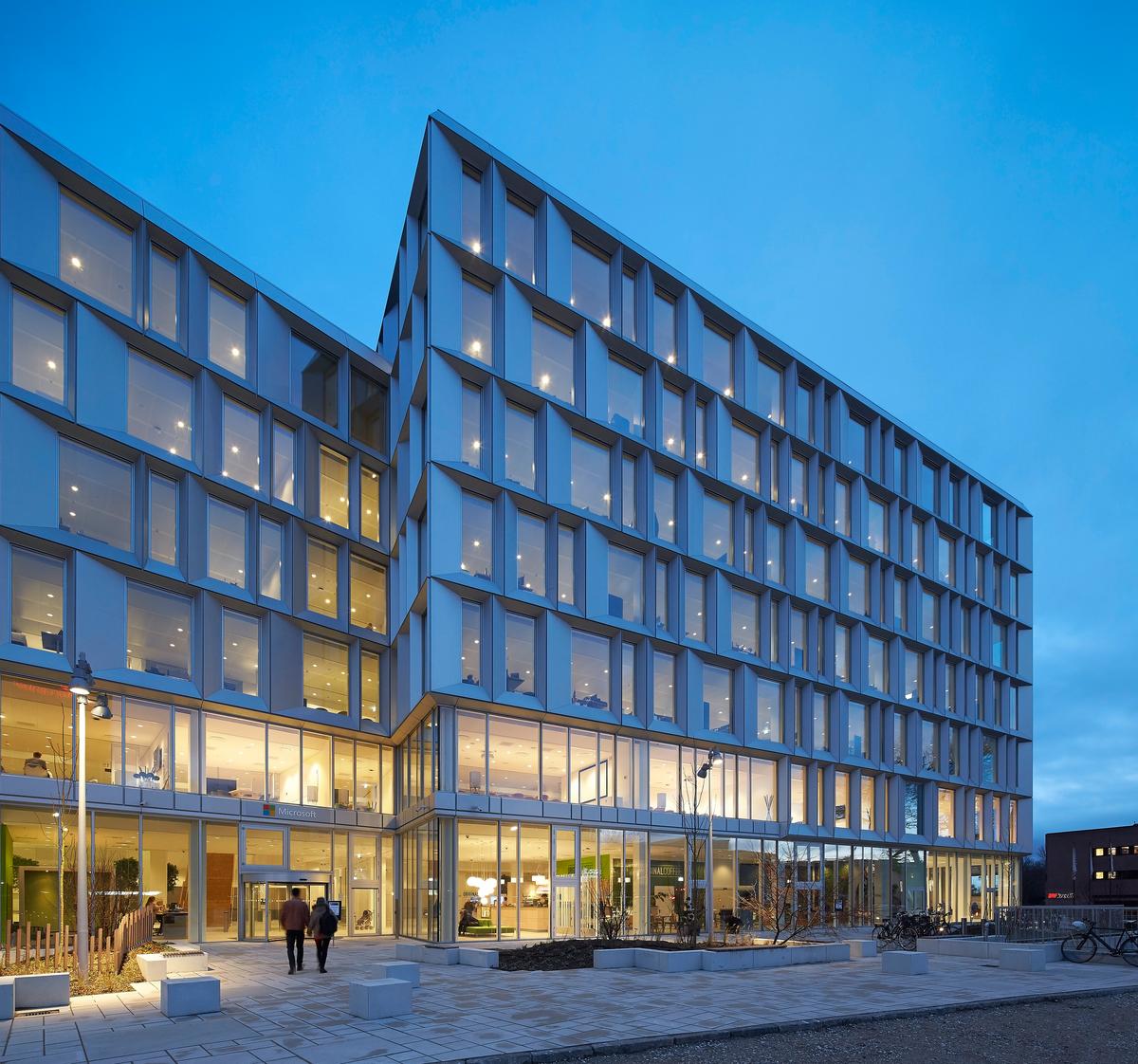 The collocation of the organizations is clearly visible in the architectural design. Two cubic buildings, of six and seven floors respectively, unite in a shared atrium that offers space for social and professional interactions across fields of interest. The atrium holds the shape of the letter V with its arms stretching diagonally up through the building.
The untypical atrium distributes the daylight at the core of the building and ensure a visual dialogue across the floors. The V shape adds to a varied and dynamic experience of the atrium. The top floors are more intimate compared to lower ones thanks to the decreasing of mutual distances.
Public programs and communal areas such as a café, an auditorium, and pop-up study places offered to the students of the Technical University of Denmark, are located on the lower floors. Throughout the entire process, Microsoft has wished for an open and inviting environment. This is also translated in the layout of the landscape and the almost invisible transition between in- and outdoors. 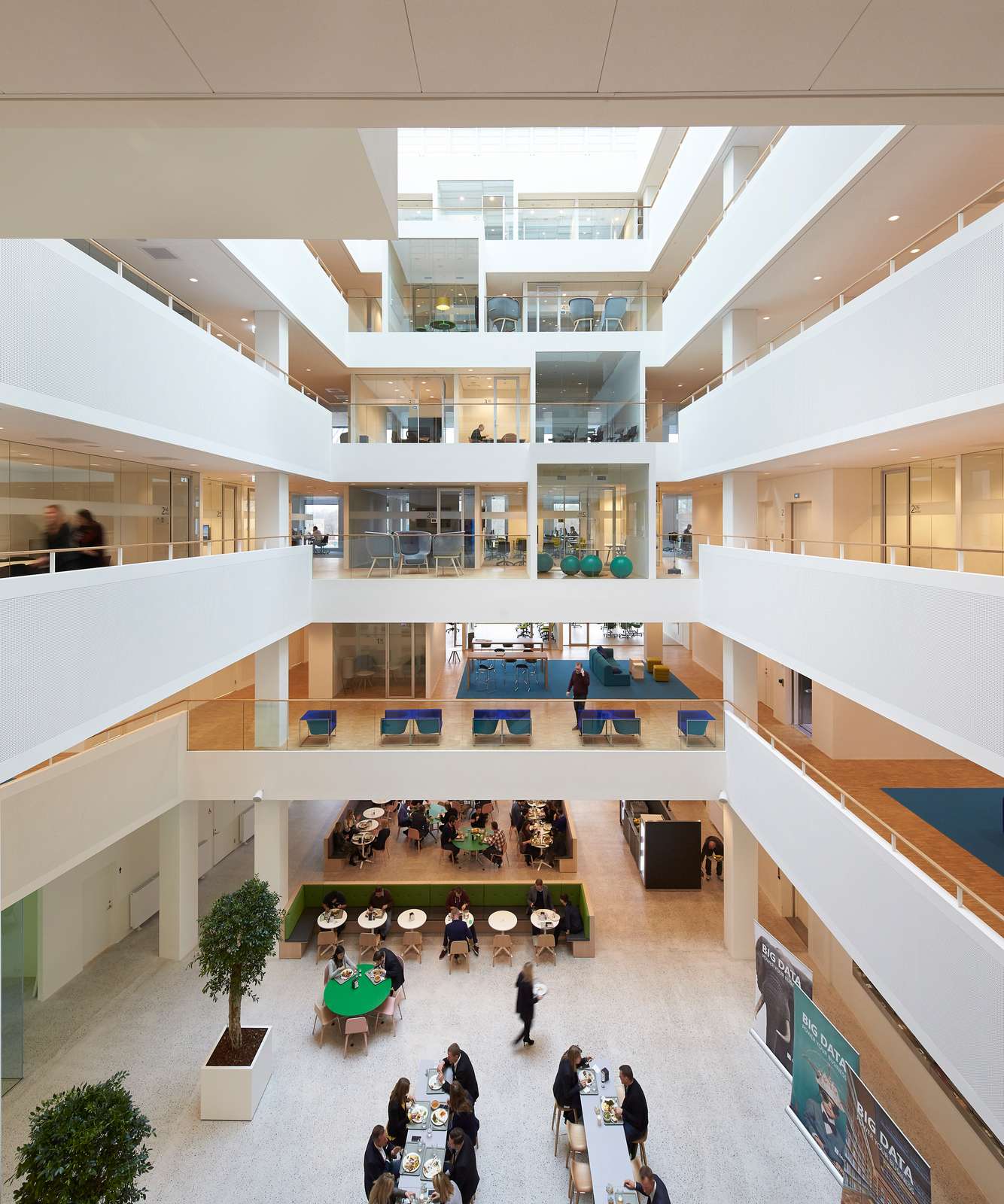 The planning of the building stems from Microsoft’s work methodology based cooperative processes, as described in a 2005 whitepaper by Bill Gates entitled “The New World of Work”. Henning Larsen Architects’ space planners have thus been focusing on creating environments supporting cooperation internally, as well as with clients and partners. This is emphasized through a series of activity-based workspaces of various sizes, from smaller to midsized conference rooms and large auditoriums.
Social “hubs” comprising a kitchenette, lounge furniture, Xbox and table soccer games are centrally located on every floor. Here the employees meet. Thus, the “hub” strengthens the interaction and knowledge sharing across departments. All workplaces are located along the facades of the building in order to ensure optimal daylight conditions throughout the day for every employee.
The building design offers a large degree of flexibility, which makes it suitable for different purposes in future. 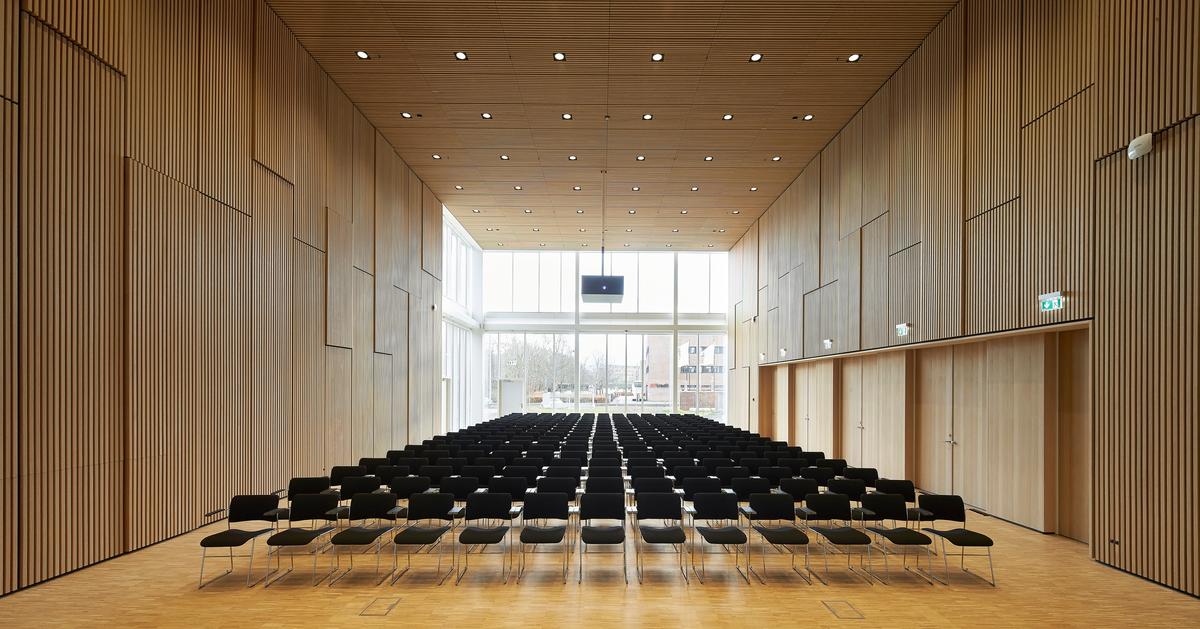 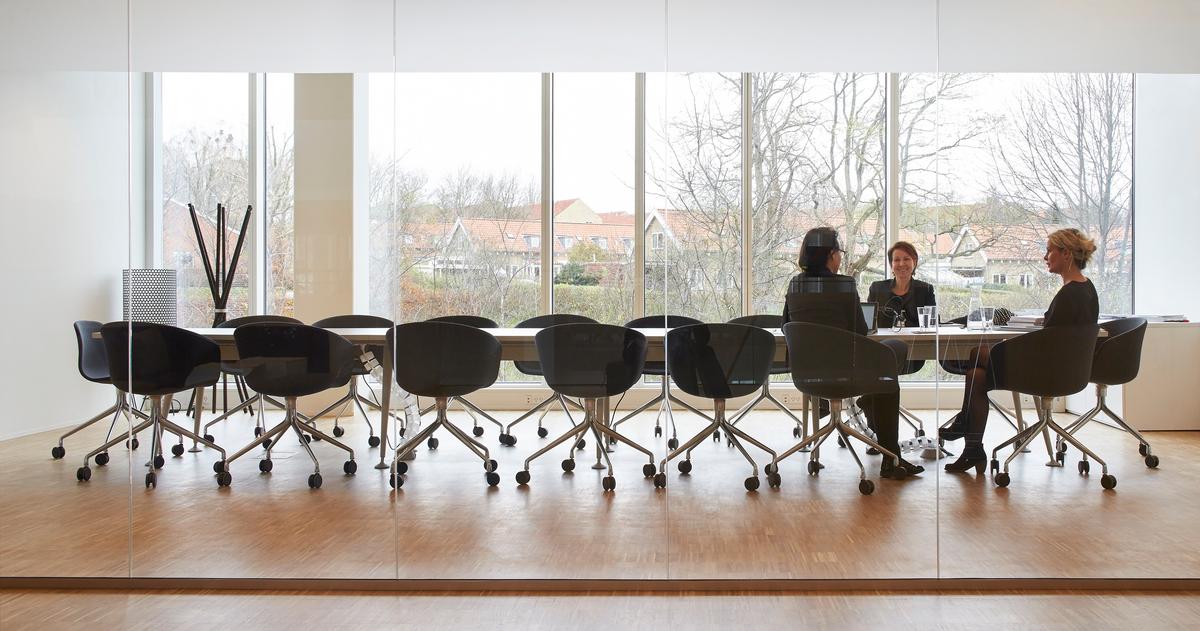 The many programs of the building translates in a mutual processing of the landscape and plazas surrounding the new domicile. The urban landscape consists of small, green oases, all of which are accessible to the public. During spring and summer, the oases turn into lively pockets of outdoor activities.
The landscape supports a smooth transition between the buildings, the surrounding nature of Lyngby, and the human scale, and offers a welcoming atmosphere to both employees and guests on their way into the building.
Several studies of the microclimatic conditions on the site have informed the planning of the landscape. Facts about wind, sun and shade qualify the work of the landscape architects in order to provide optimal conditions for both vegetation and humans. 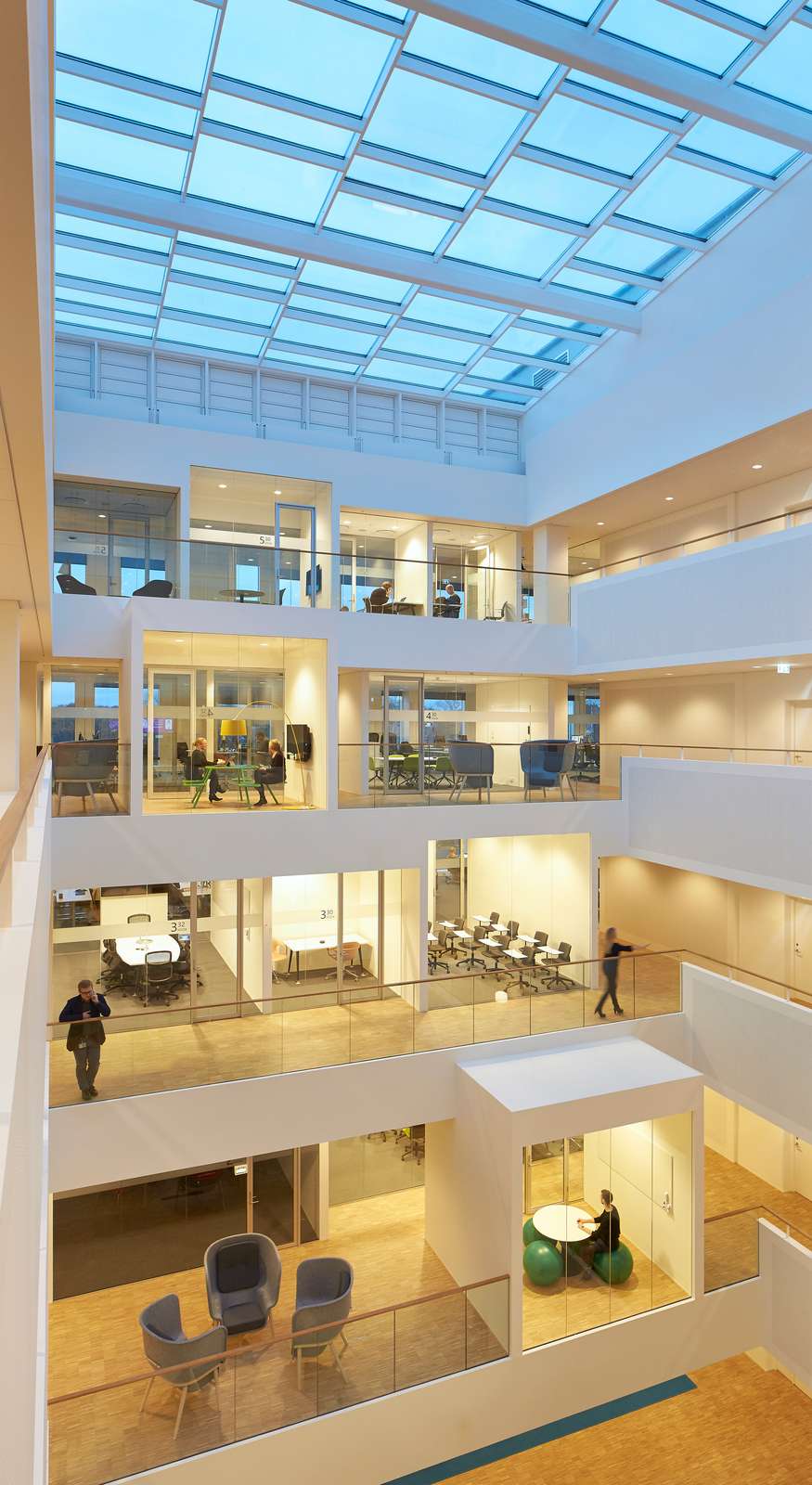 The building meets the Danish standard for low energy buildings, class 15. The design originates from a holistic approach to sustainable building design where daylight, indoor climate and energy consumption are key.
The compact geometry of the domicile as well as the material selection ensure a high level of tightness. An efficient ventilation system and daylight monitored lighting design add to the reduction of the total energy consumption. Furthermore, excess heat partly warms up the building. 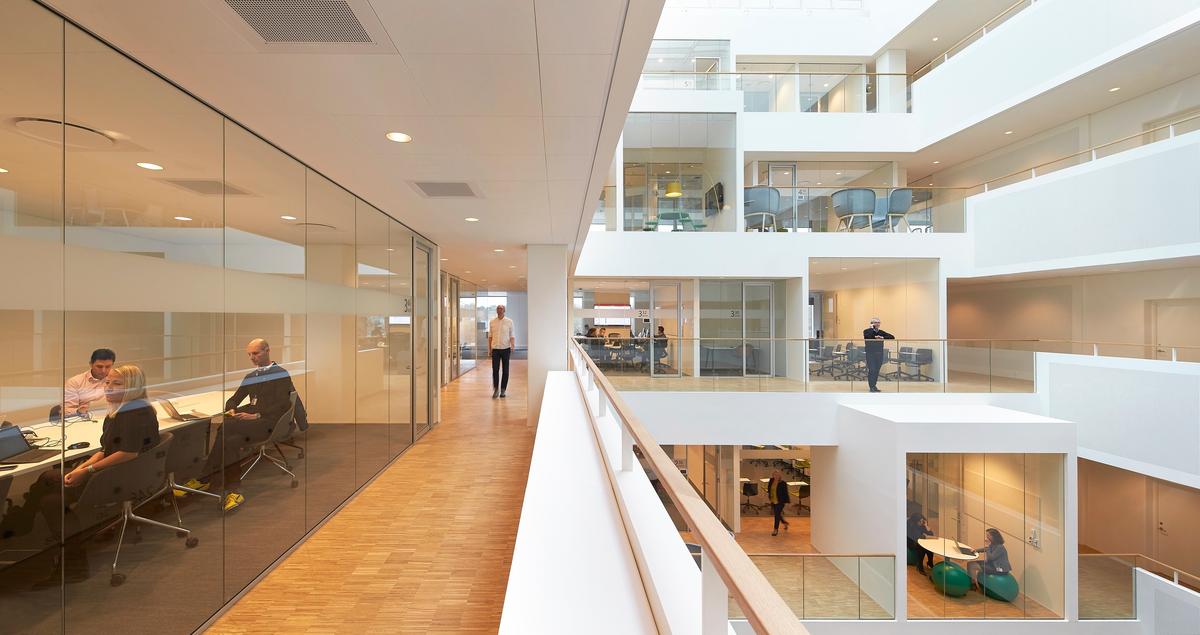 Microsoft Corporation is one of the largest tecnology companies in the world. Paul Allen and Bill Gates founded the software giant in 1975. Its best-known software products are the Microsoft Windows line of operating systems, Microsoft Office office suite, and Internet Explorer and Edge web browsers.
The company numbers around 117,000 employees globally, of this around 850 in Denmark. Microsoft has been represented in Scandinavia since 1985 and in Denmark since 1991. Up until now, Microsoft’s Danish sales office was located in Hellerup, north of Copenhagen, while the company’s development center was located in Vedbæk.

The Microsoft Domicile initiates a greater development strategy for Lyngby-Taarbæk, a suburb to Copenhagen of around 55.000 inhabitants. The vision of the “City of Knowledge & Urban Development” strategy includes attracting and retaining knowledge-based businesses, developing Lyngby-Taarbæk into a university town, creating urban life, forming networks, furthering welfare-innovation and internationalisation, inspiring entrepreneurship, and broadening municipal services to businesses and citizens in Lyngby-Taarbæk. 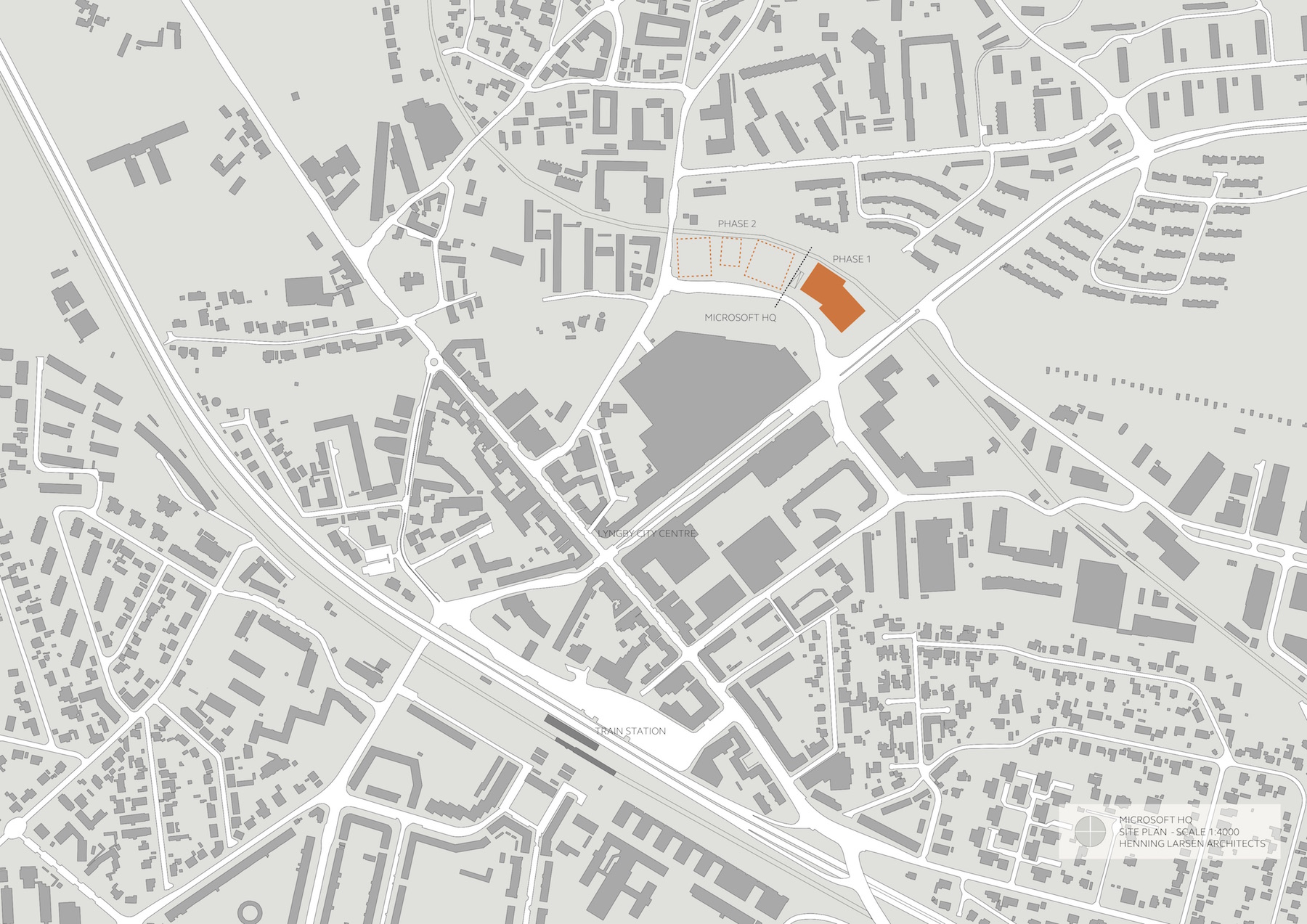 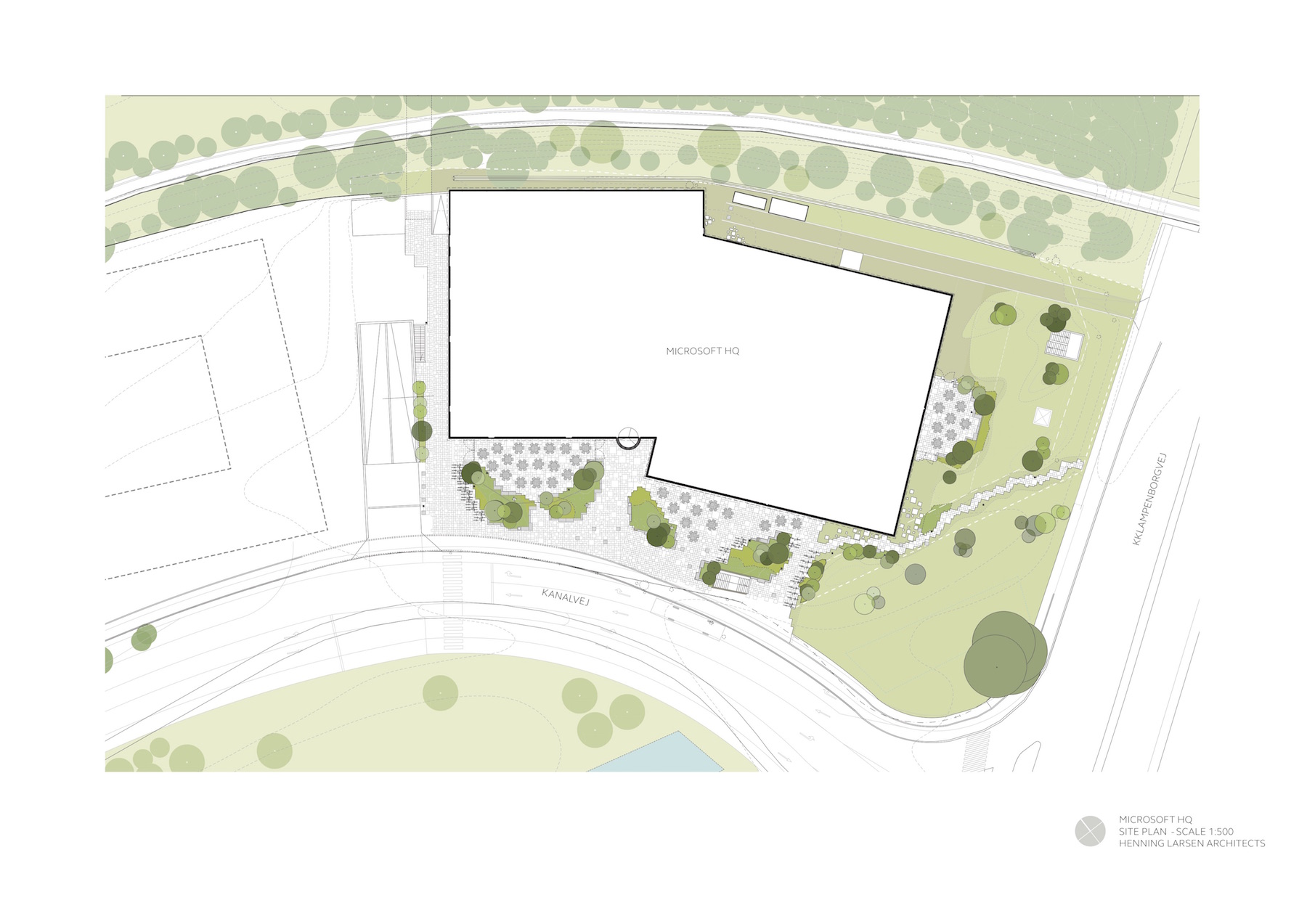 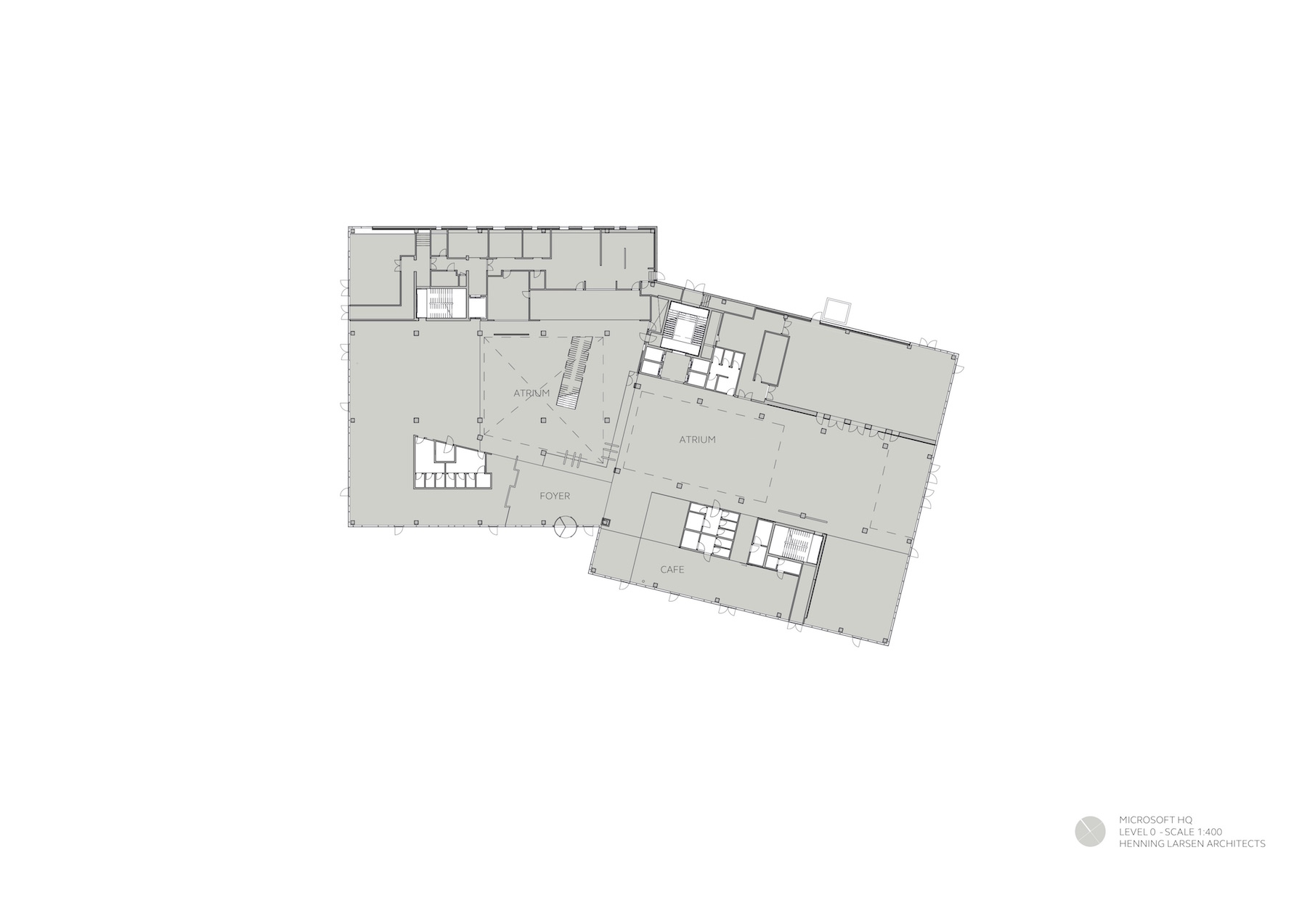 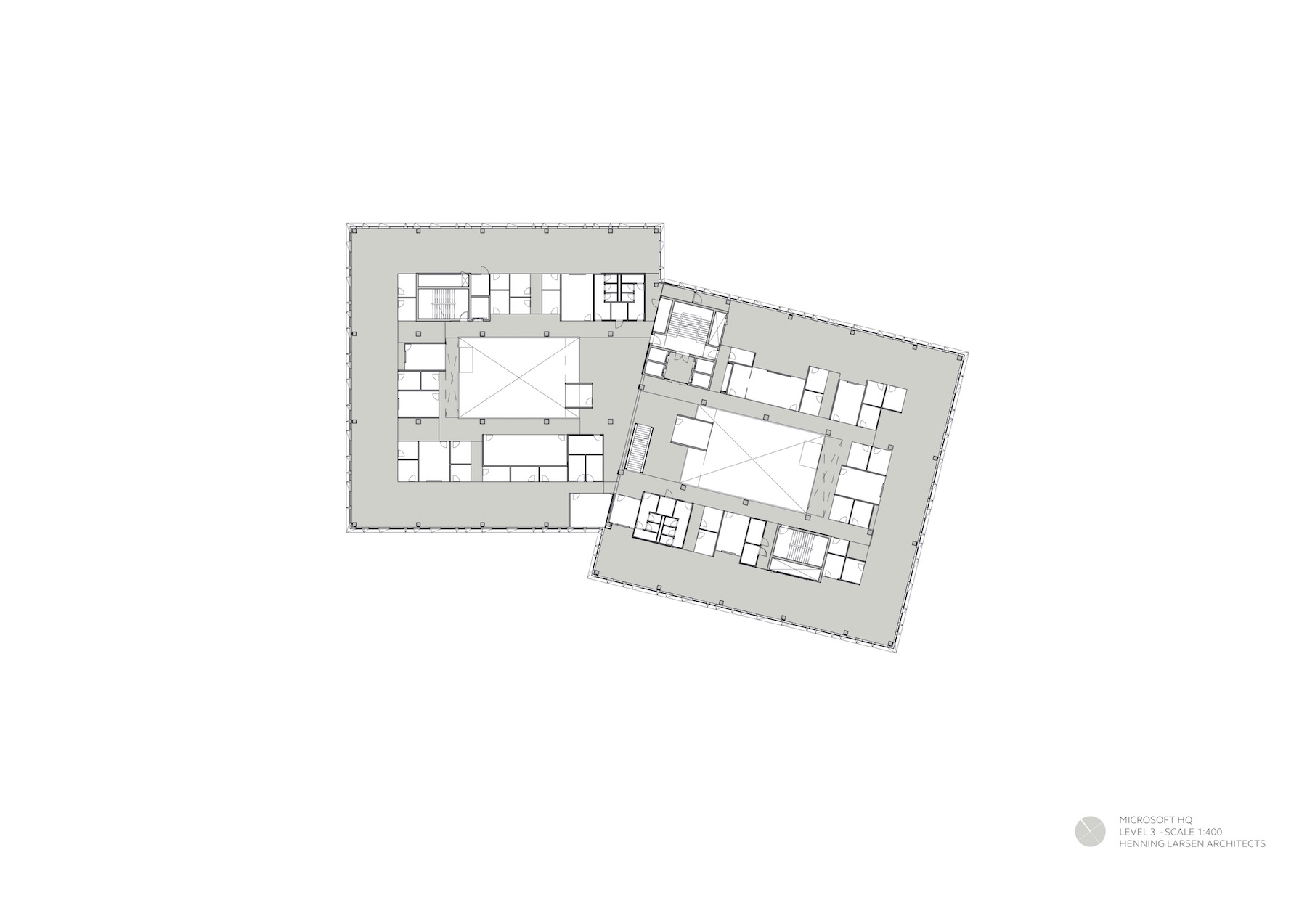 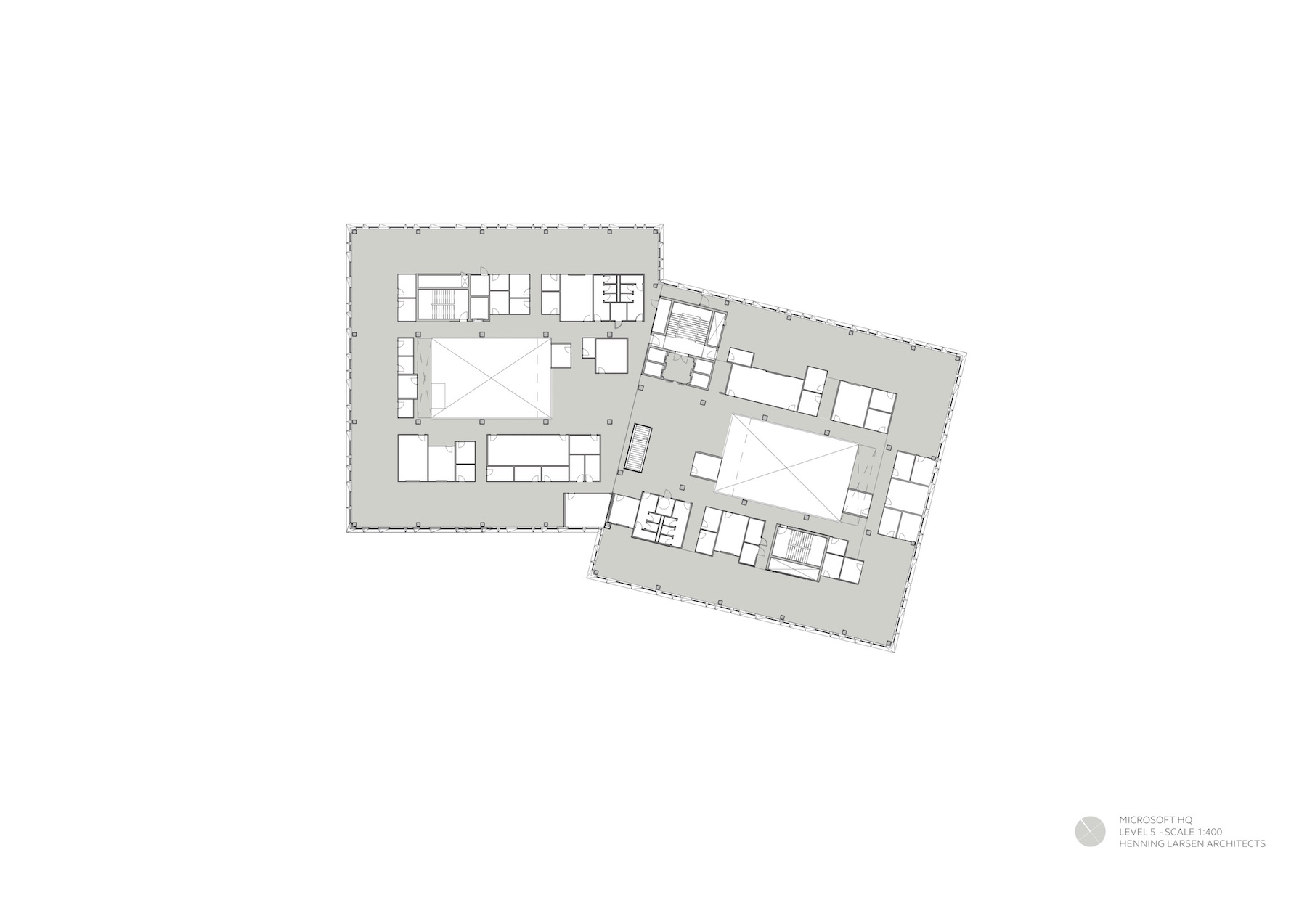 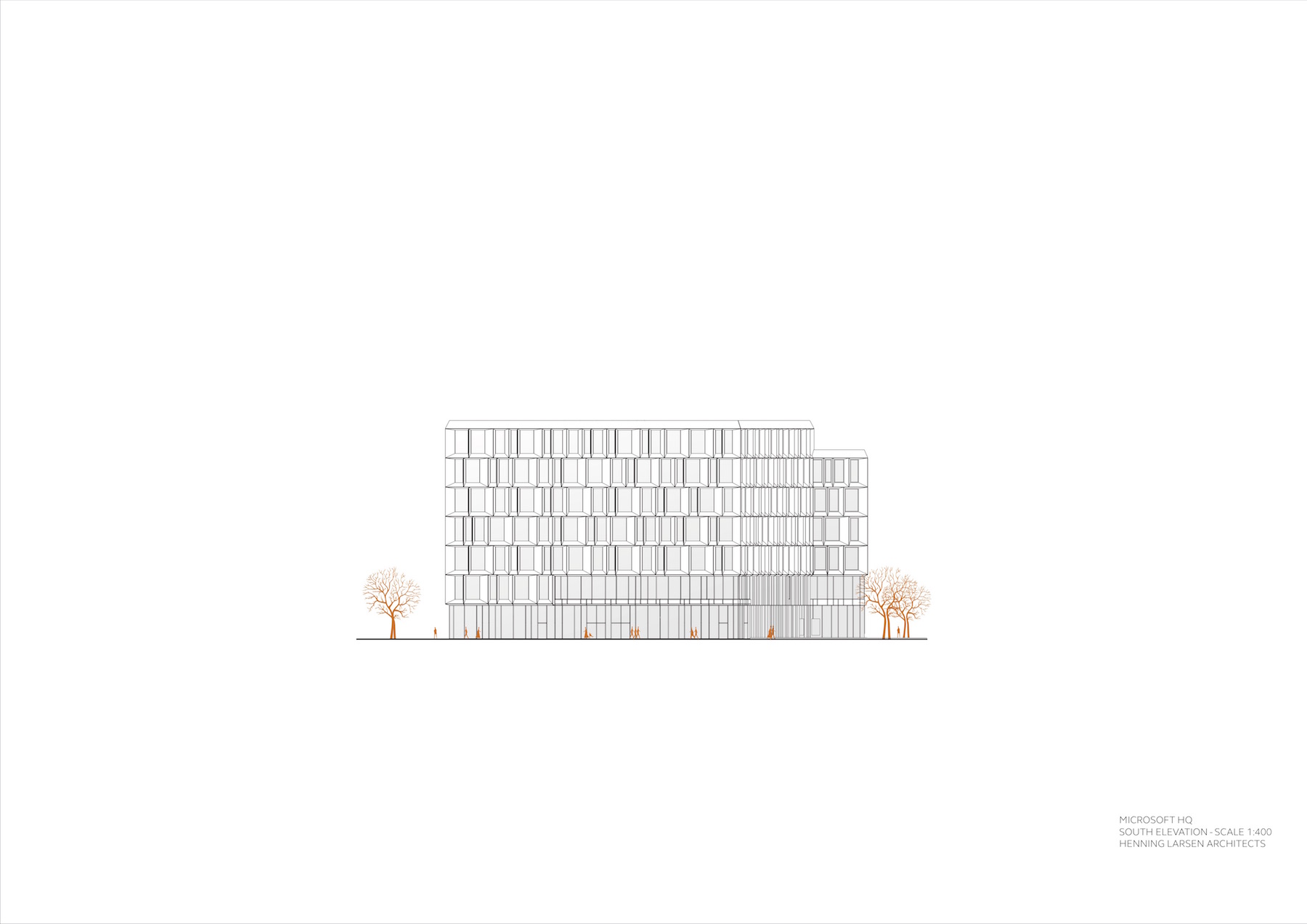 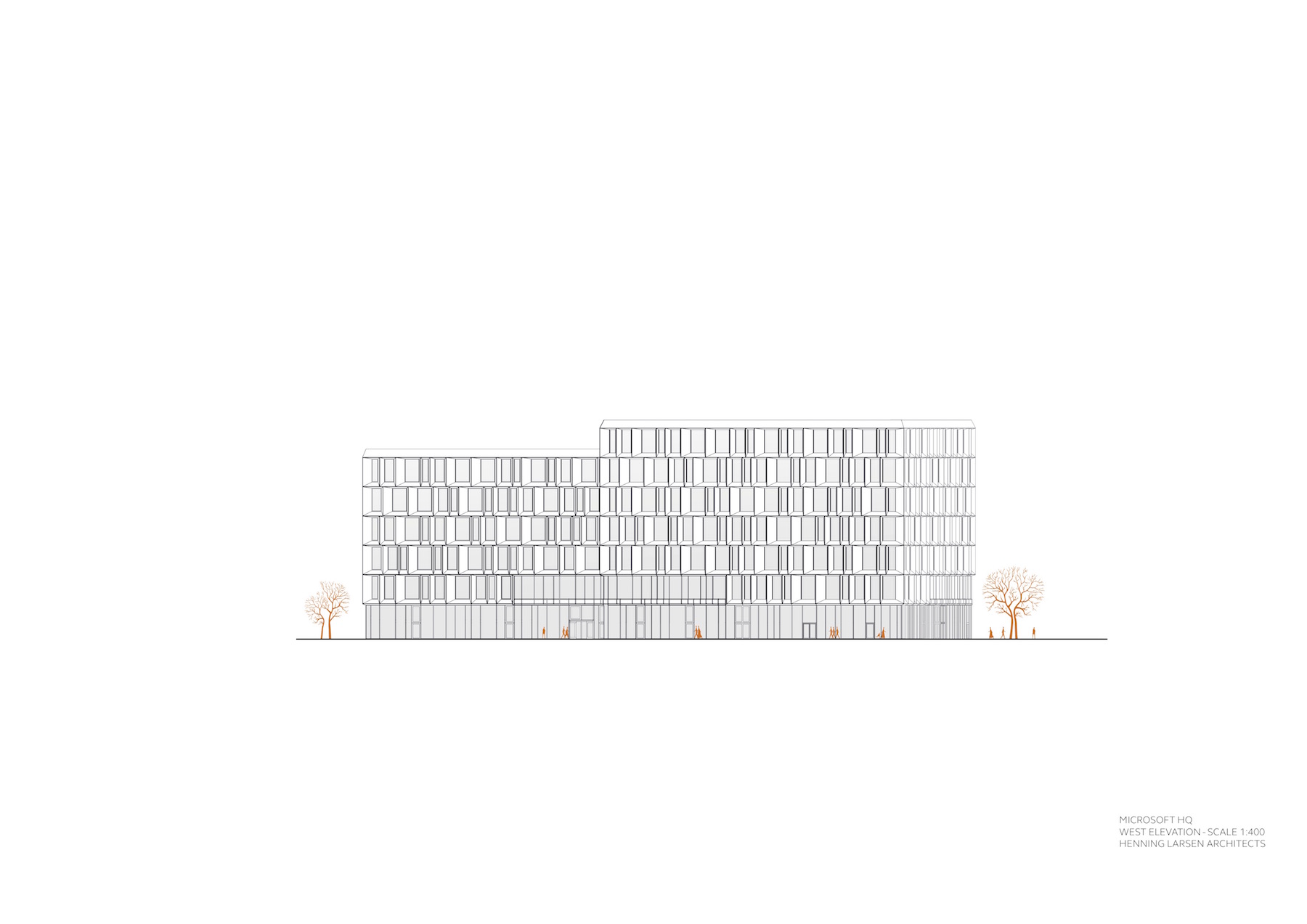 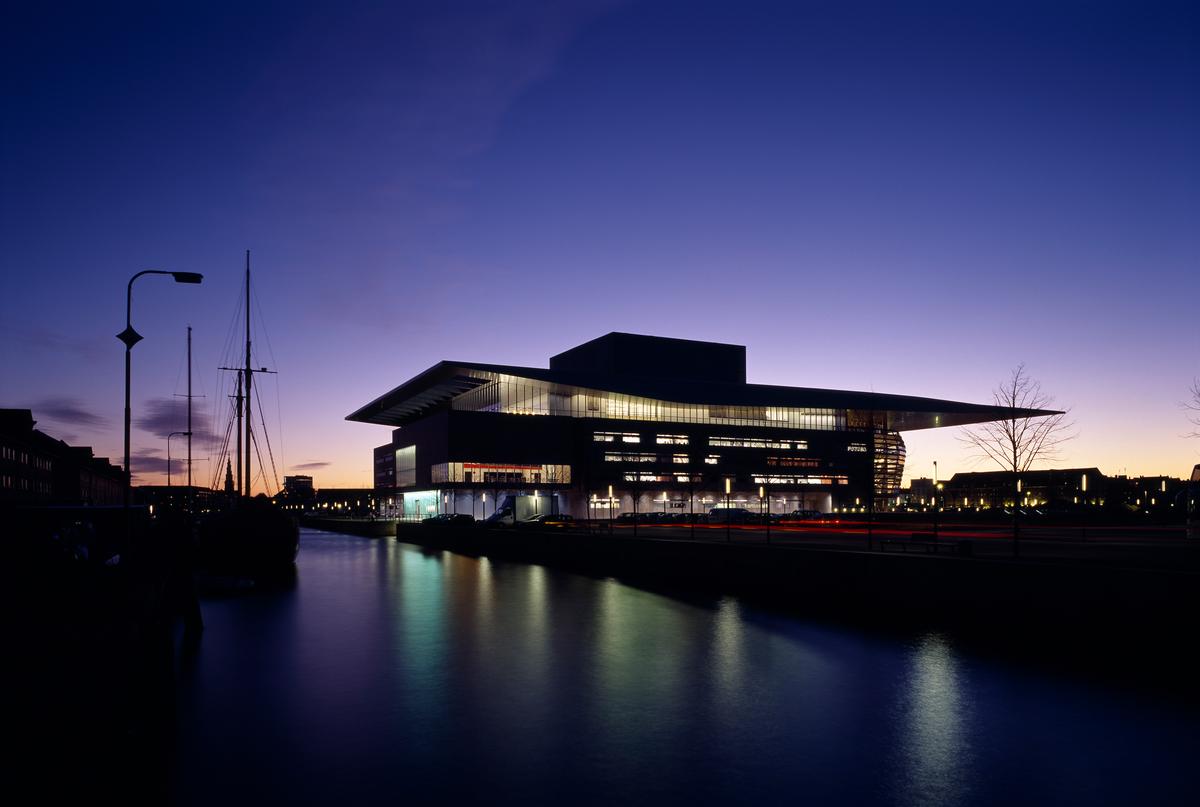 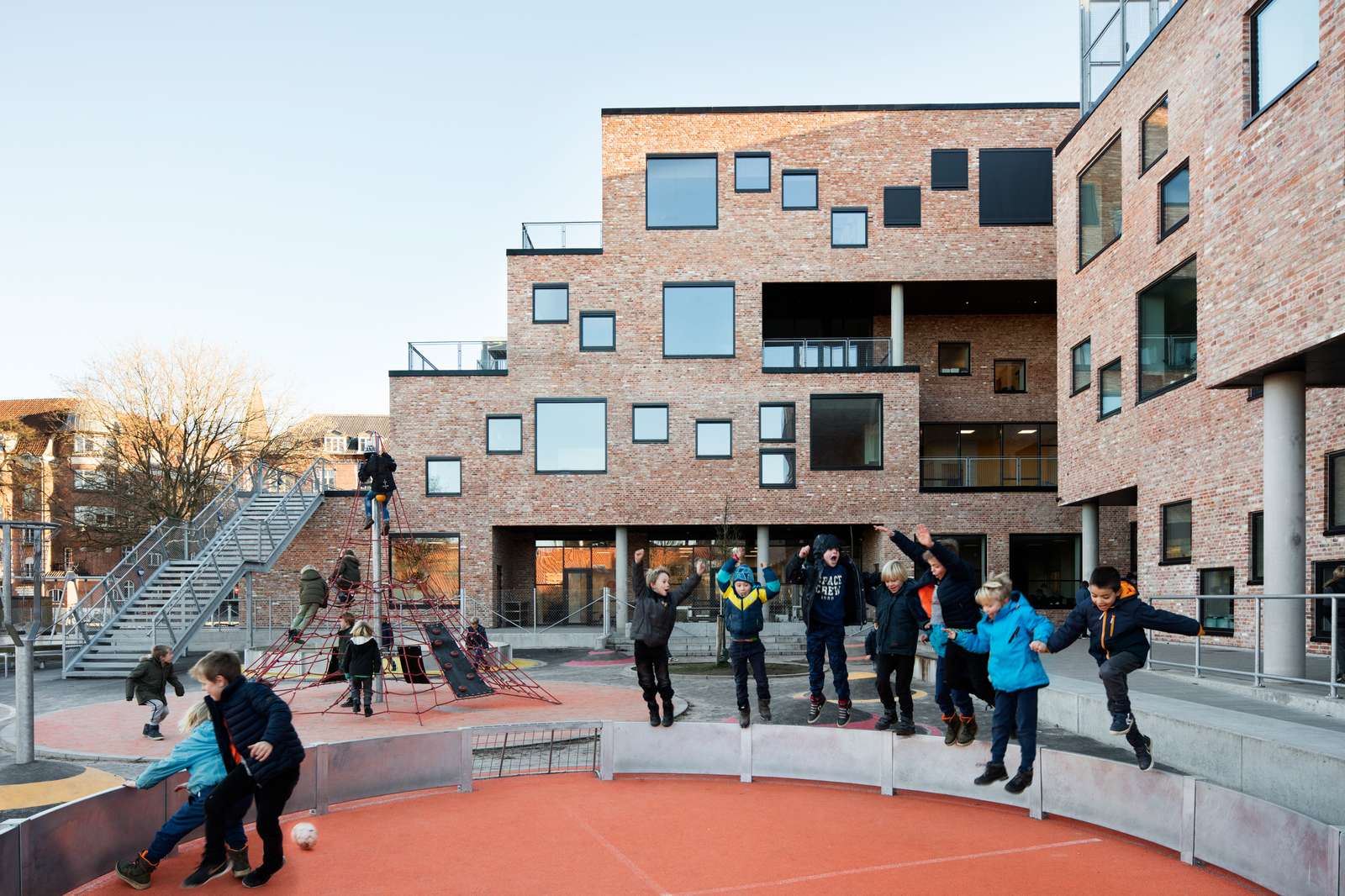 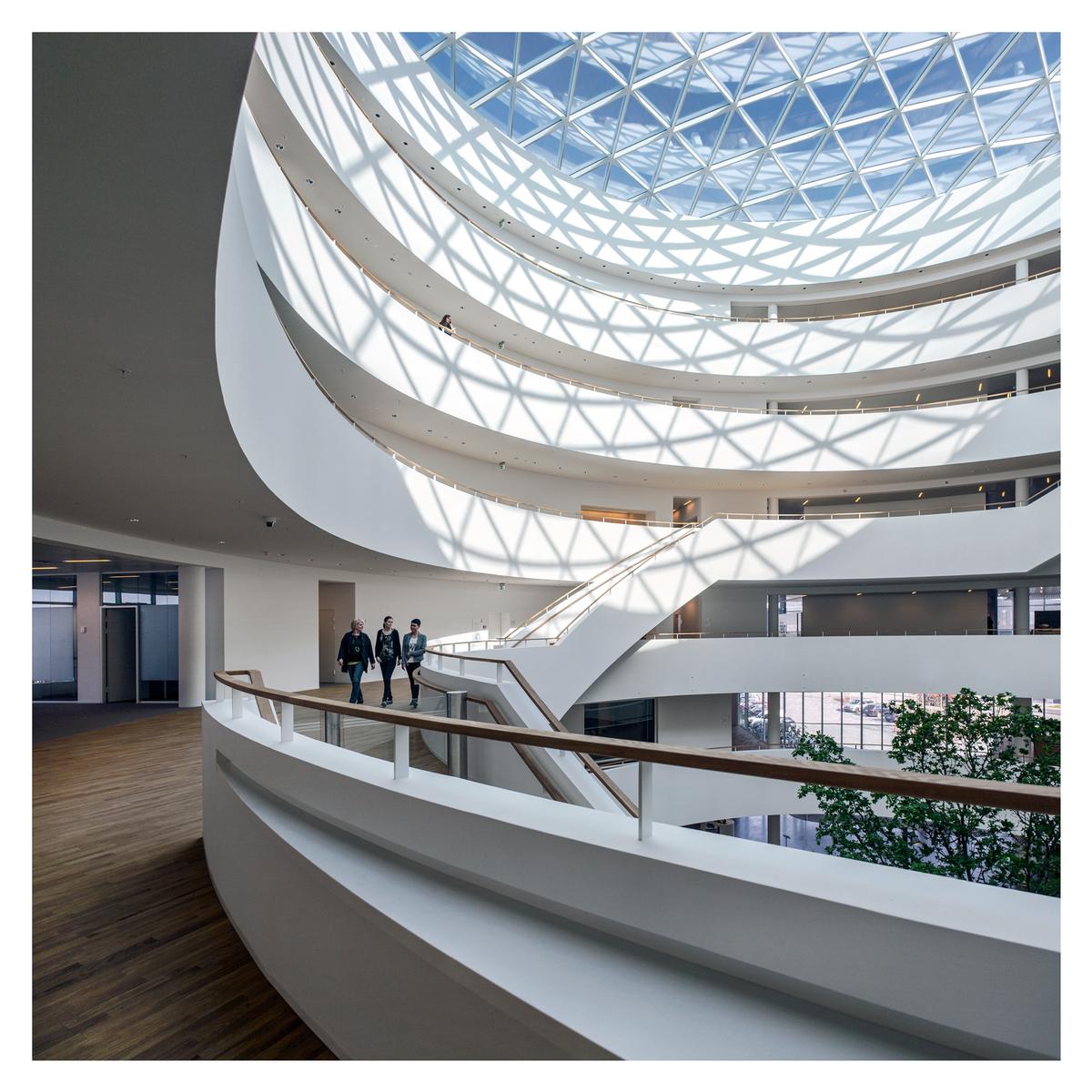 Henning Larsen Architects is an international architecture company with strong Scandinavian roots. The company was founded by Henning Larsen in 1959, and counts today more than 300 employees spread out on six offices in Copenhagen, Oslo, Riyadh, Munich, Hong Kong and the Faroe Islands.
FOLLOW
MESSAGE