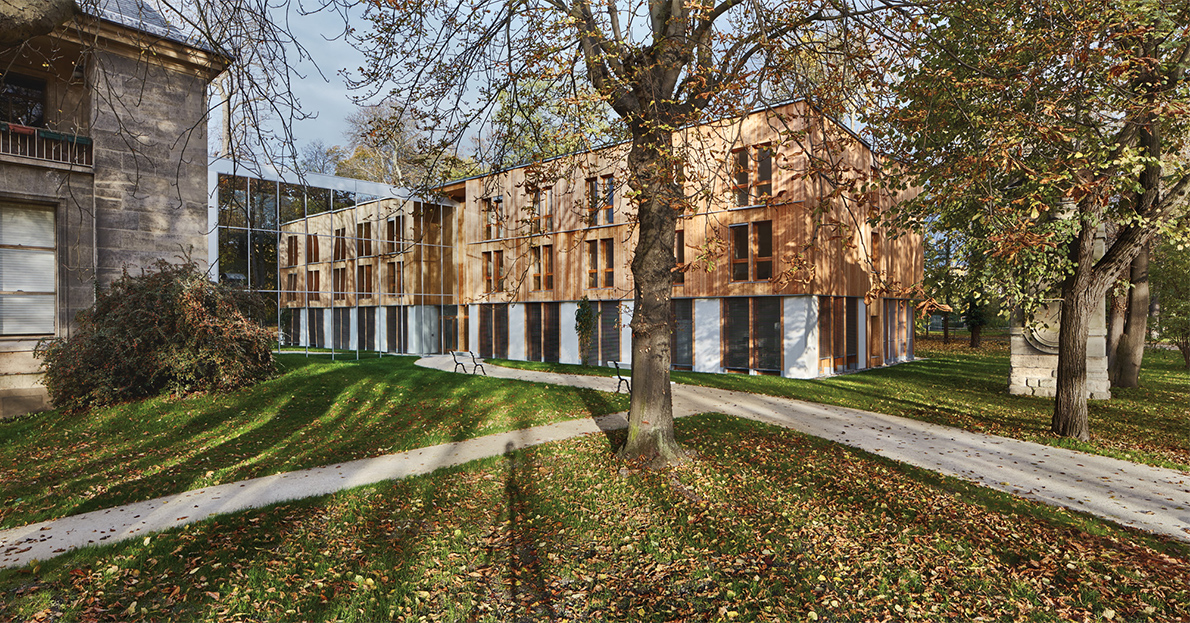 In the heart of the landmarked park of the Maison d’Education de la Légion d’Honneur, aligned with the former canal now filled in, the project takes the form of a bayonet grafted onto the gable awaiting an unfinished building. This composition makes it possible for each wing to have a particular relation with the site. The East wing signals the presence of the building in the perspective of the park while the West wing is turned toward the world outside. 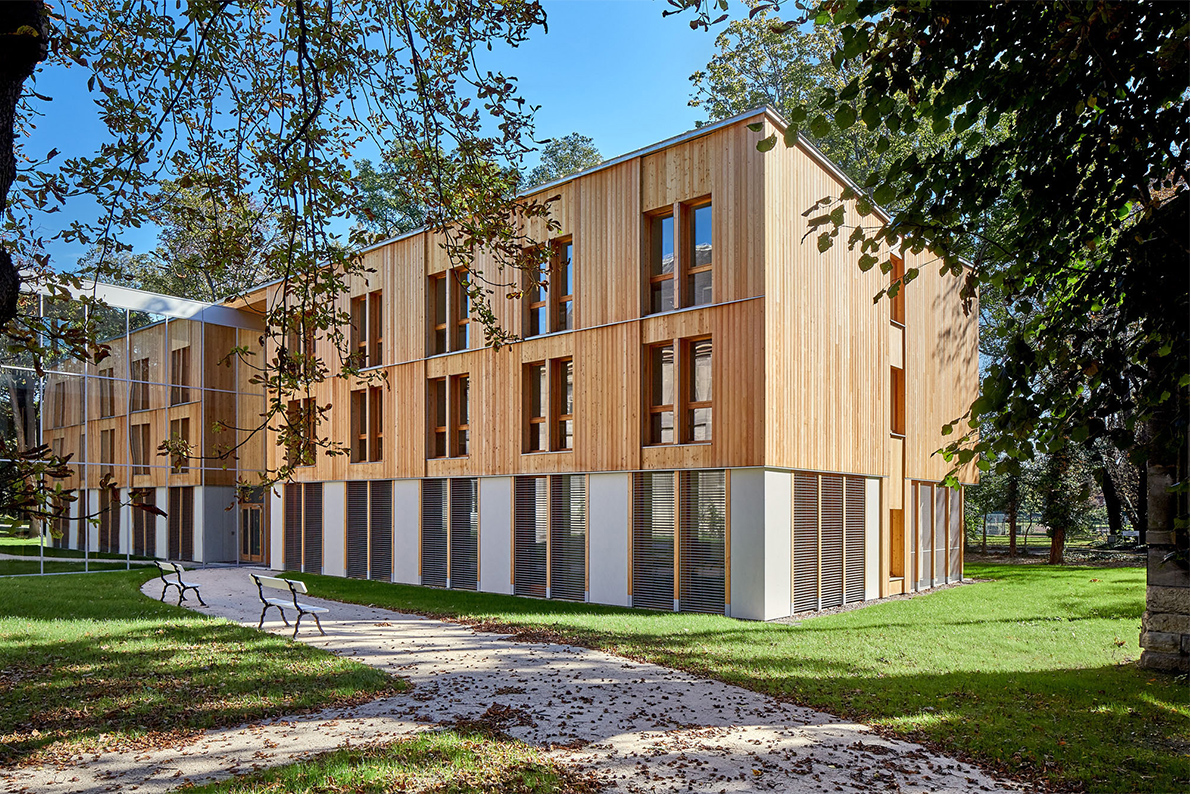 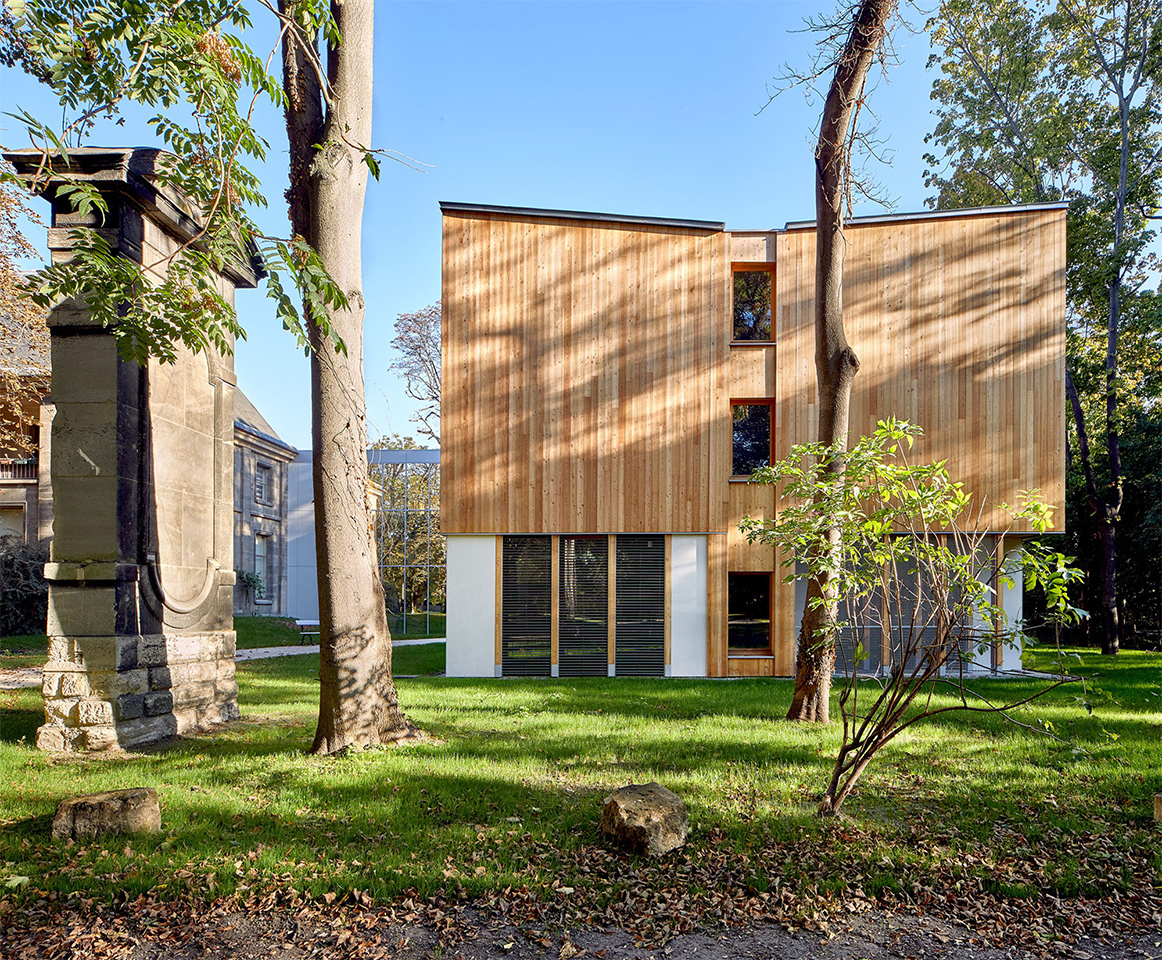 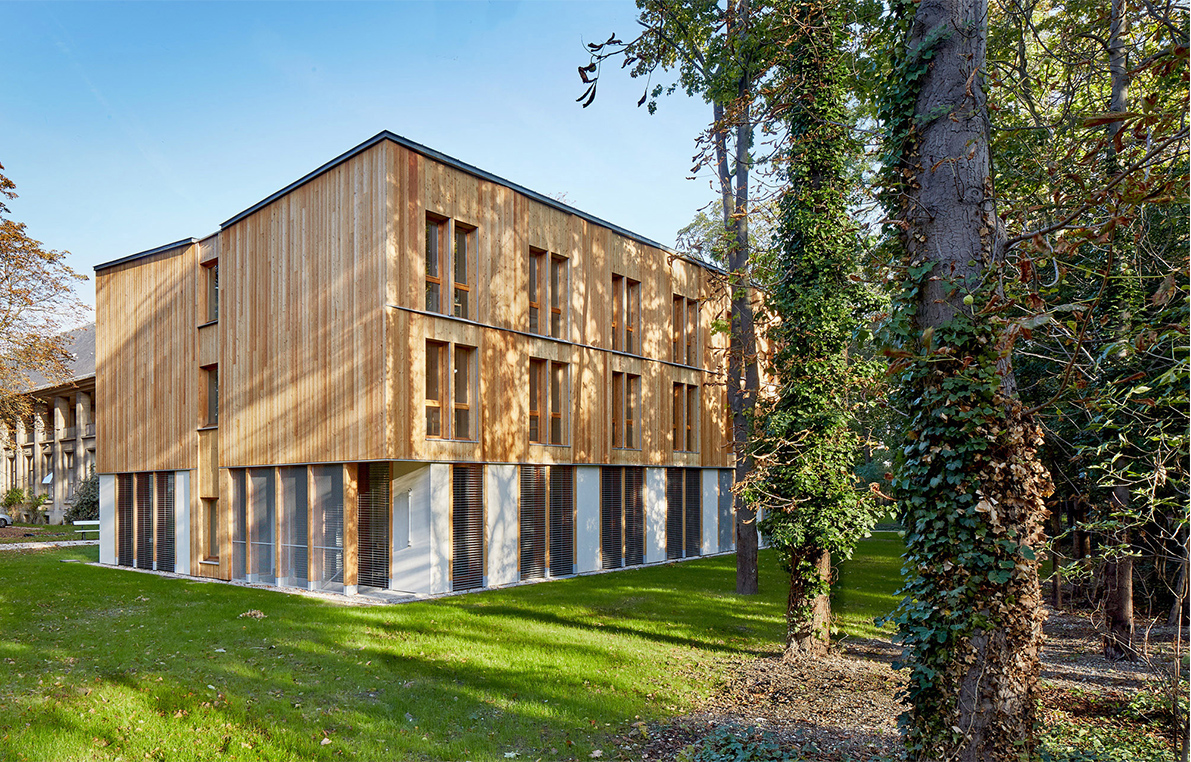 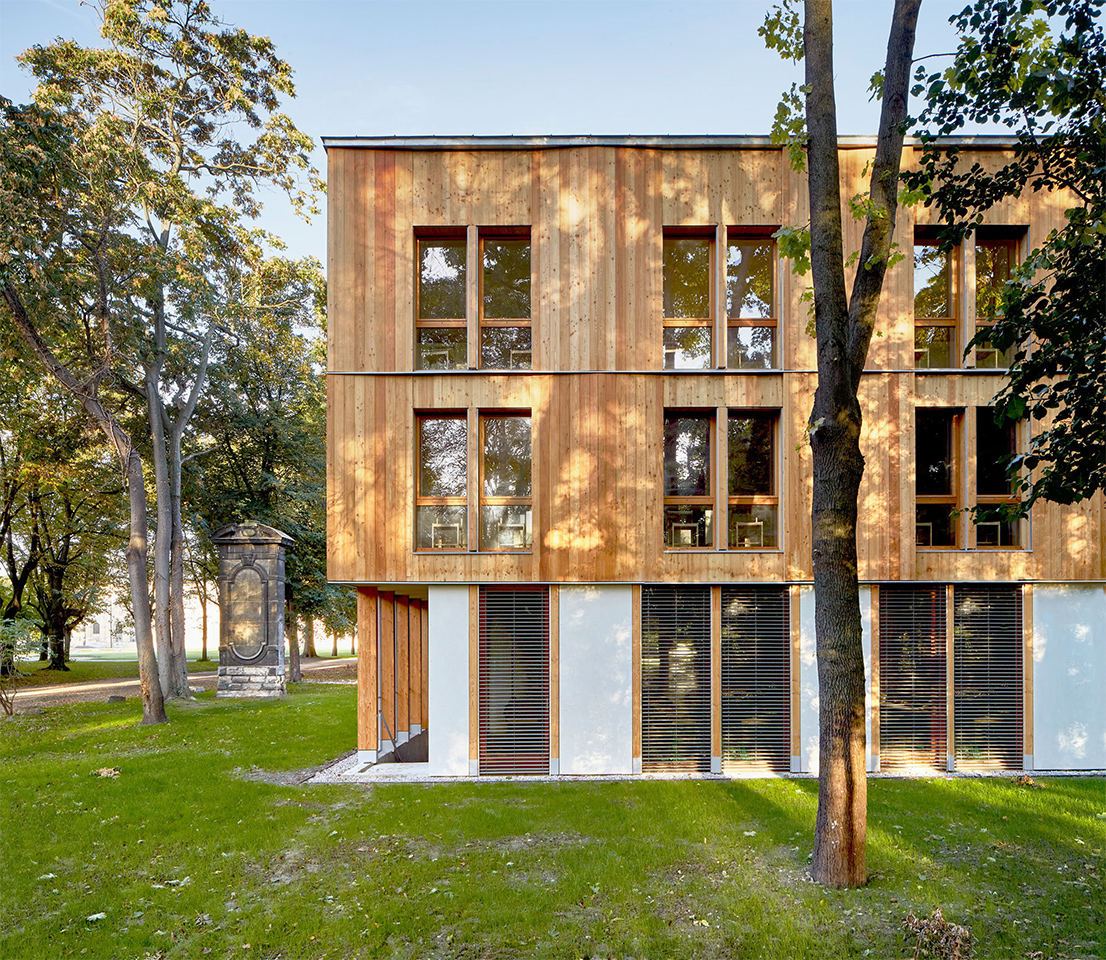 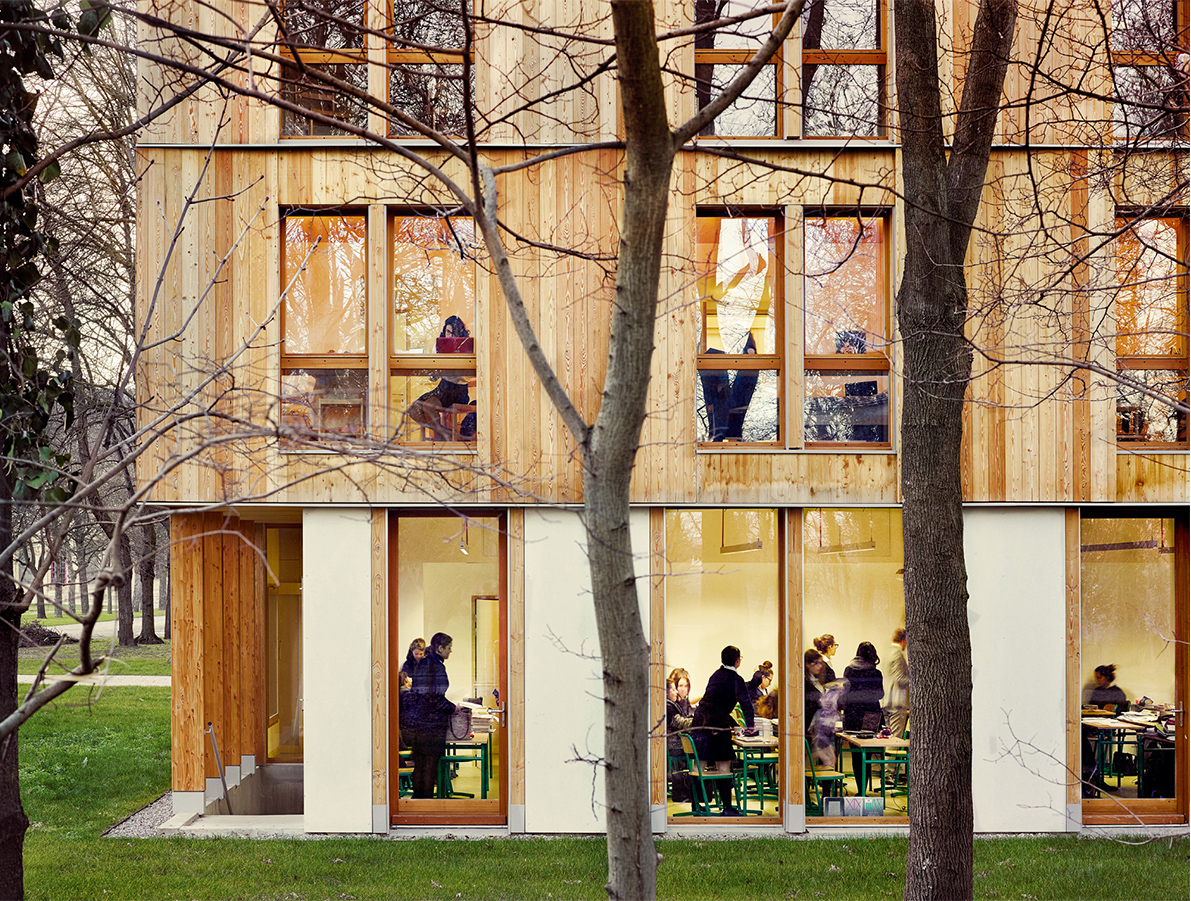 The Maison d’Education de la Légion d’Honneur, founded on the site of the former abbey is located at the center of Saint-Denis, direct neighbor of the cathedral basilica. In this protected setting, the land allocated to the operation is located on the Cour Bayard. Its landscape compose of undergrowth differs significantly from classic treatment of the rest of the park. There is a building dating from the 1950’s with its back to the city and standing at a distance. However, this in-between is the southern edge of the Croult, a river now covered over and the public entrance to the park in the summer months. In this context, the site layout serves to reveal the different landscaped sequences that it organizes into a whole. Conceived as an architectural promenade in a belvedere over the park, the central gallery contains vertical circulations and shared services. It leads to the wings where each room enjoys a unique view and an easterly or westerly orientation. At the front end is the educational center extending from the ground floor like a sort of advanced post in the perspective of the former canal. 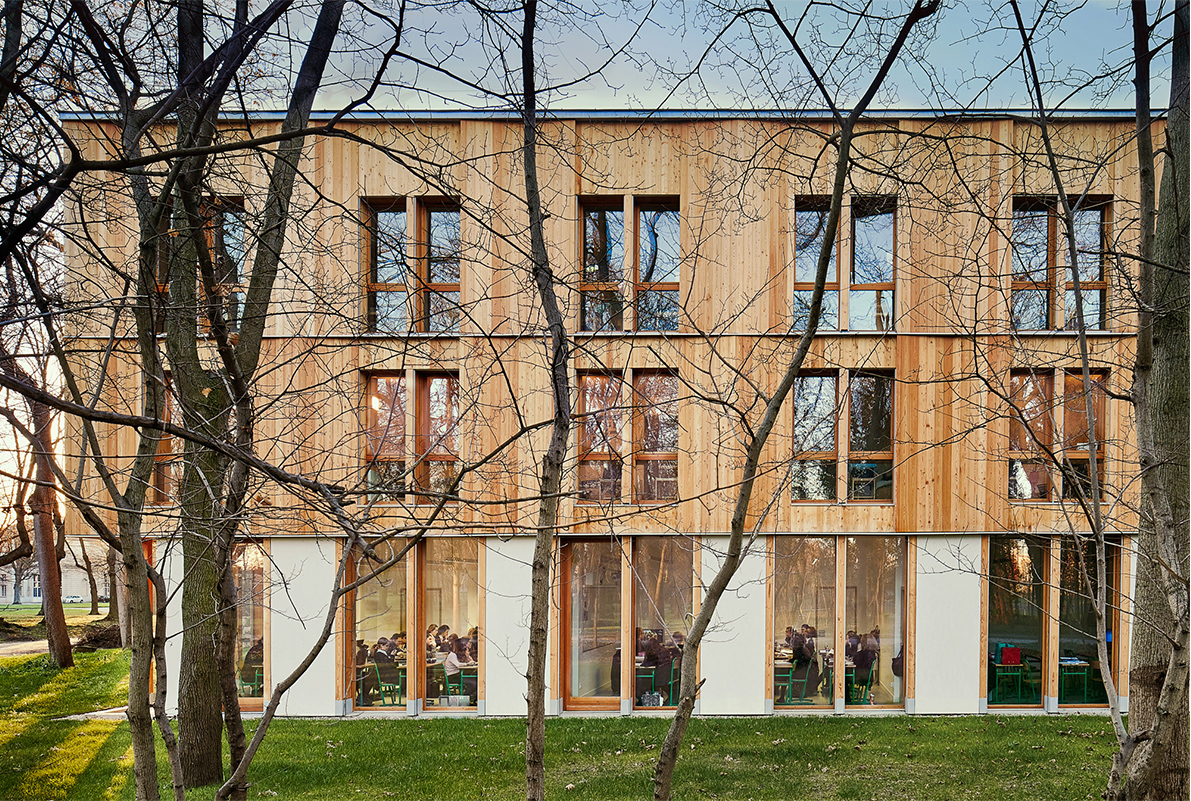 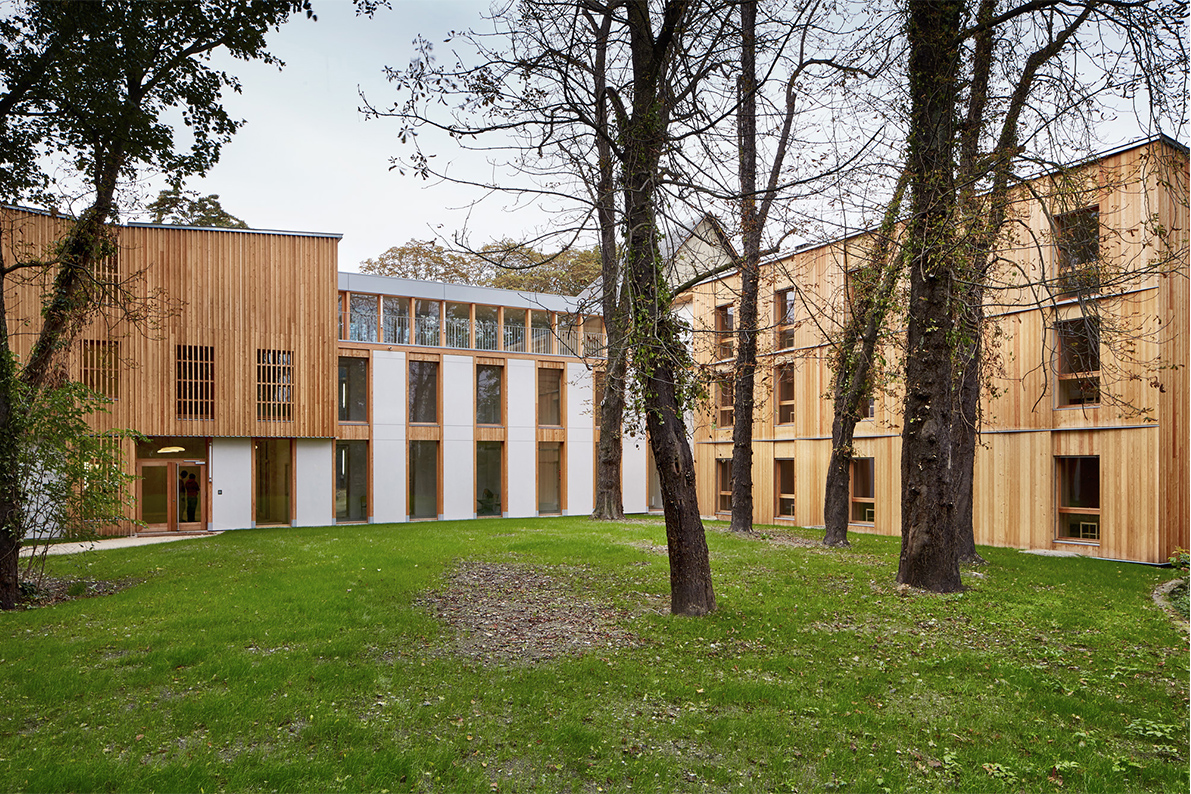 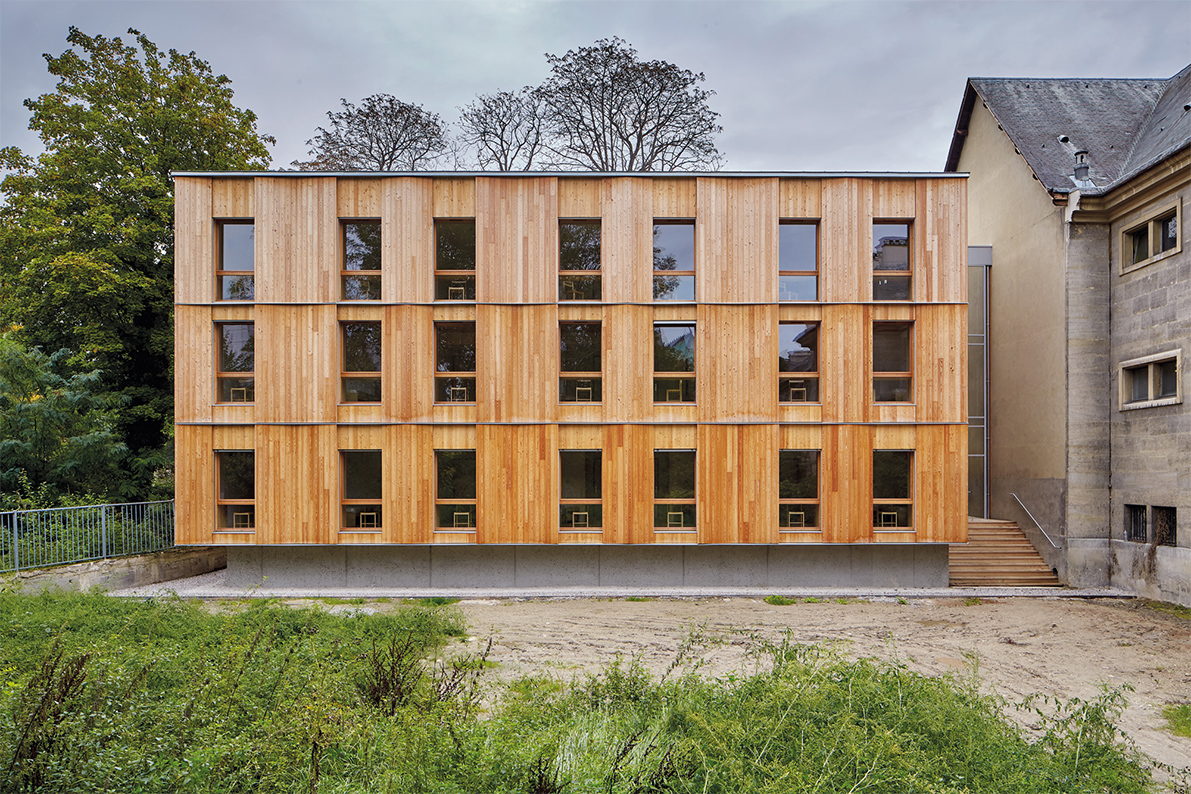 Not seeking a rivalry with the monumental architecture of the buildings by Robert de Cotte, Jacques Gabriel, Charles Bonhomme and Charles De Wailly, here the use of wood adds a bit of warmth to the whole. The composition of the façades reinterprets classic codes by proposing a regular rhyme comprised of alternating voids and solids. The dimension of the openings echoes those of the infirmary building and their design is matched with those implemented by Roland Simounet on the other side of the enclosing wall. Outside any labeling program, the project is conceived as an experiment within the framework of low carbon process of construction. 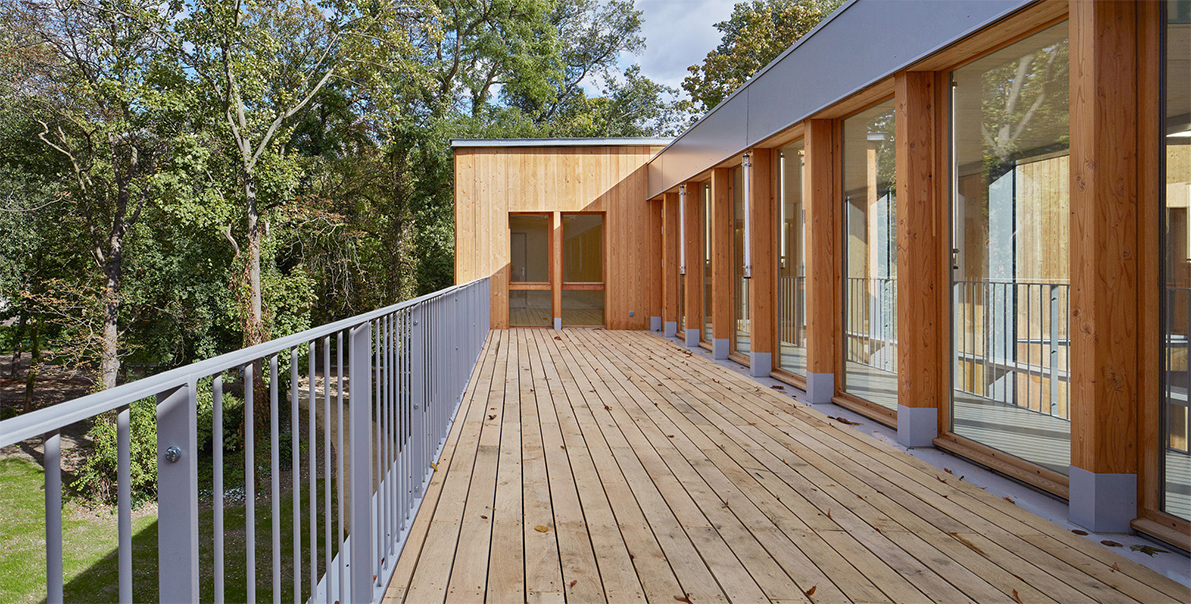 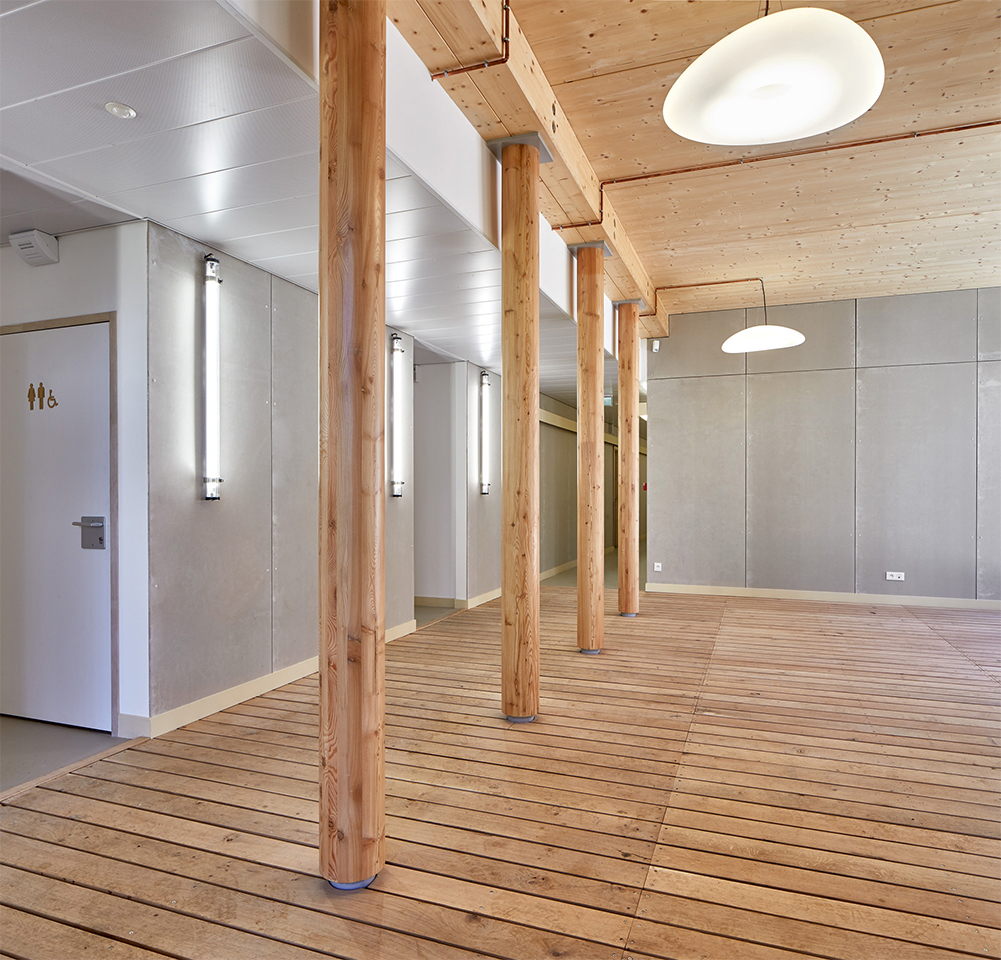 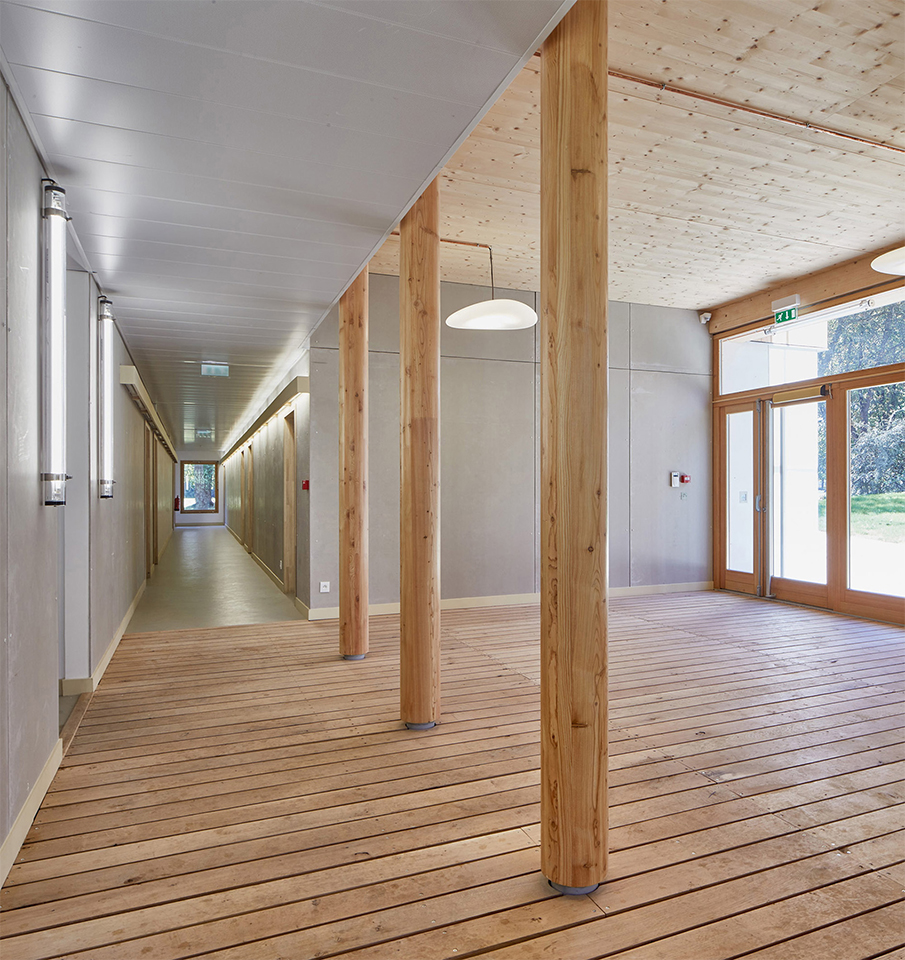 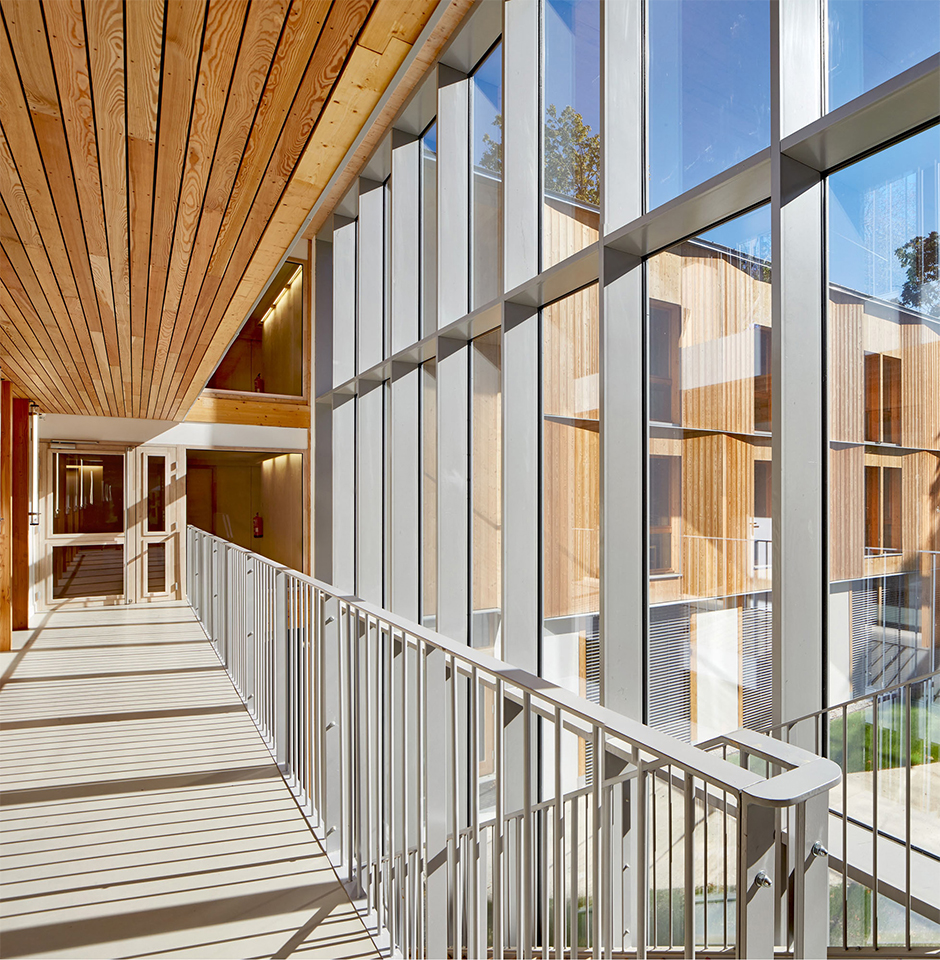 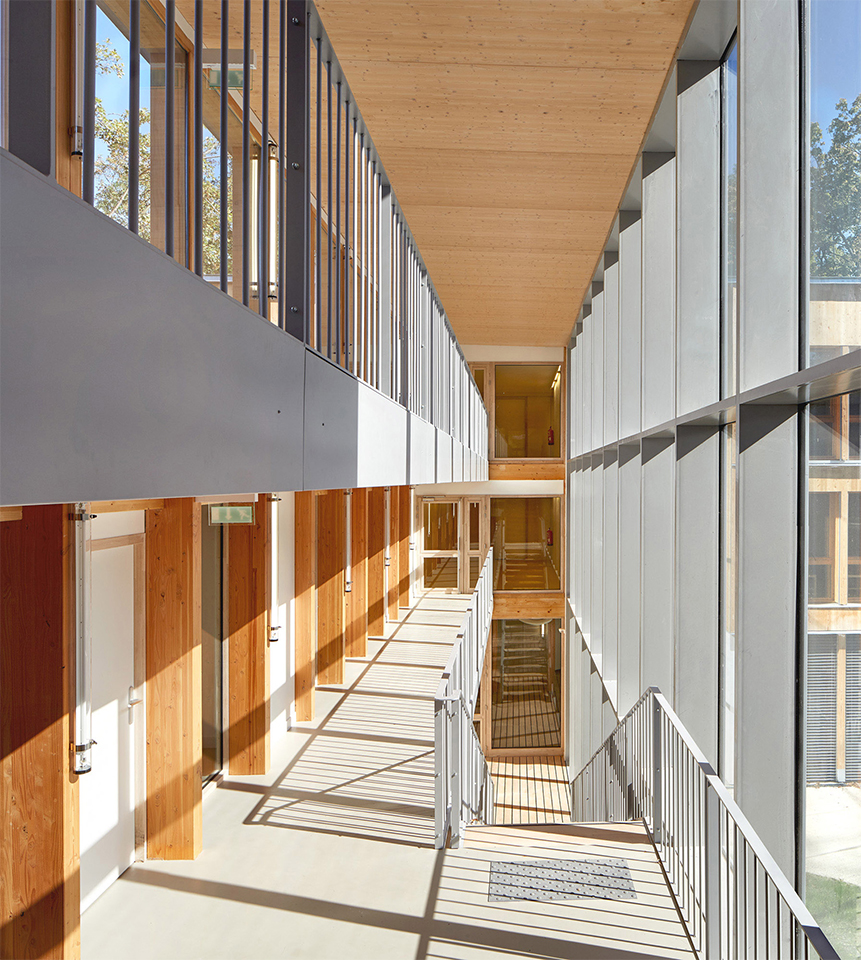 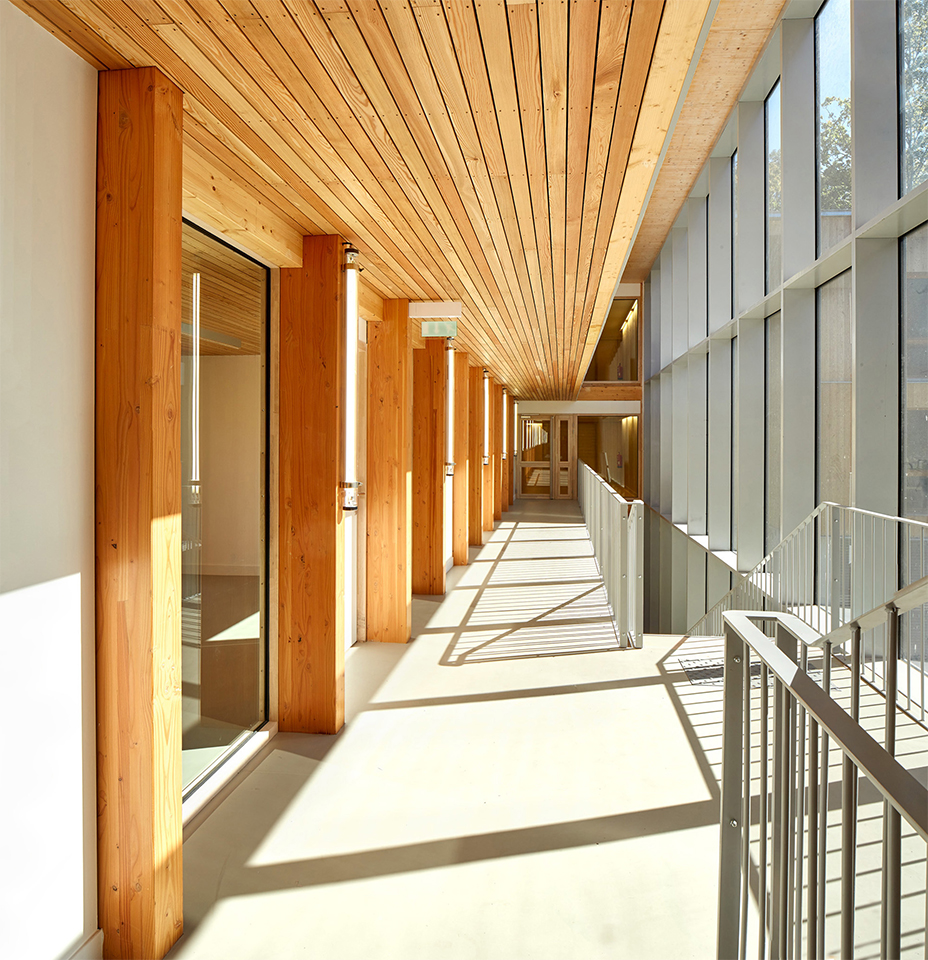 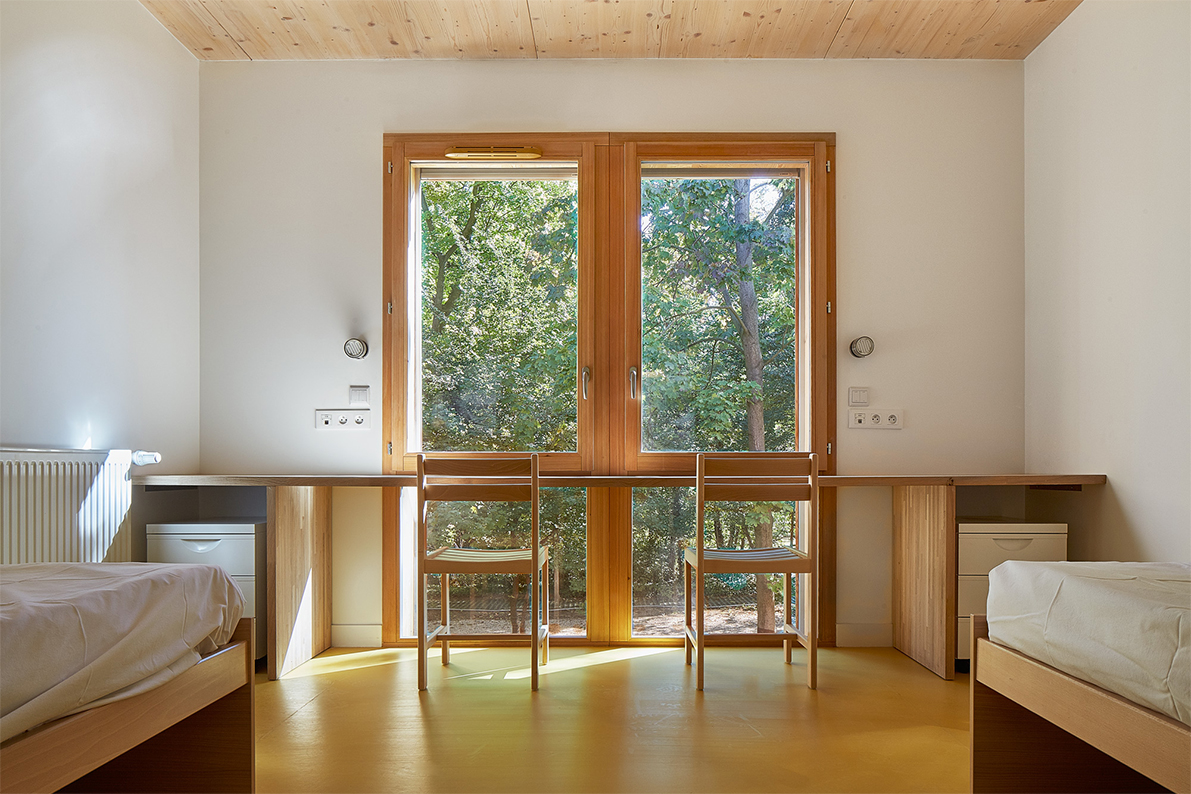 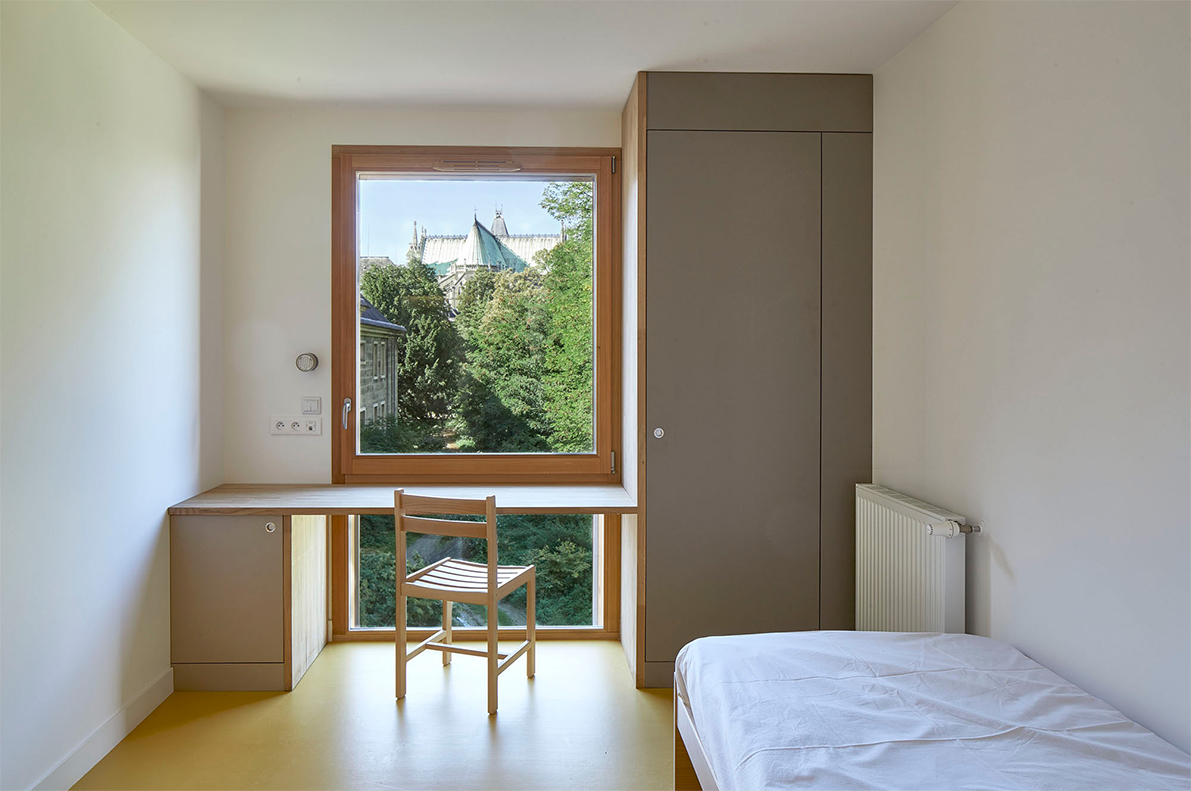 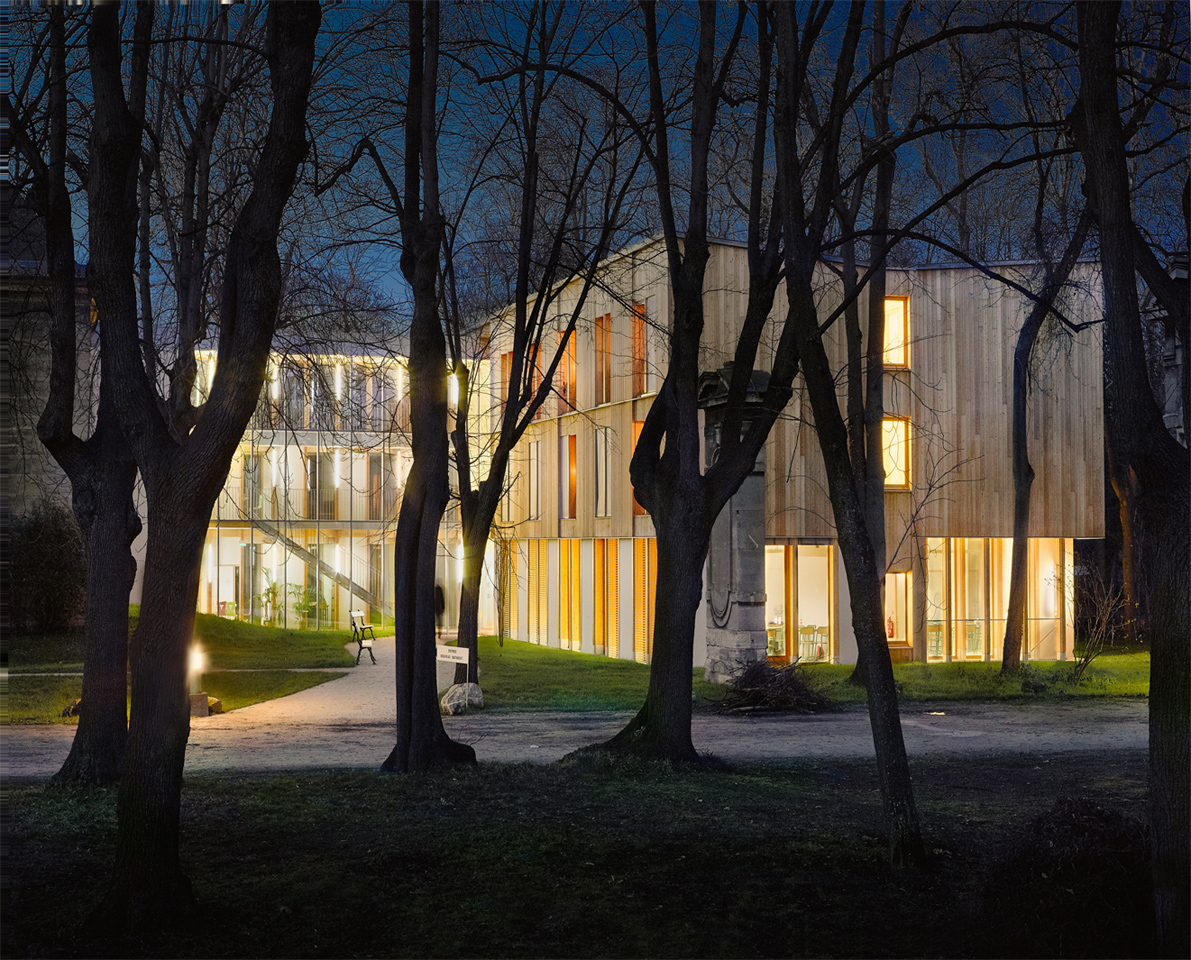 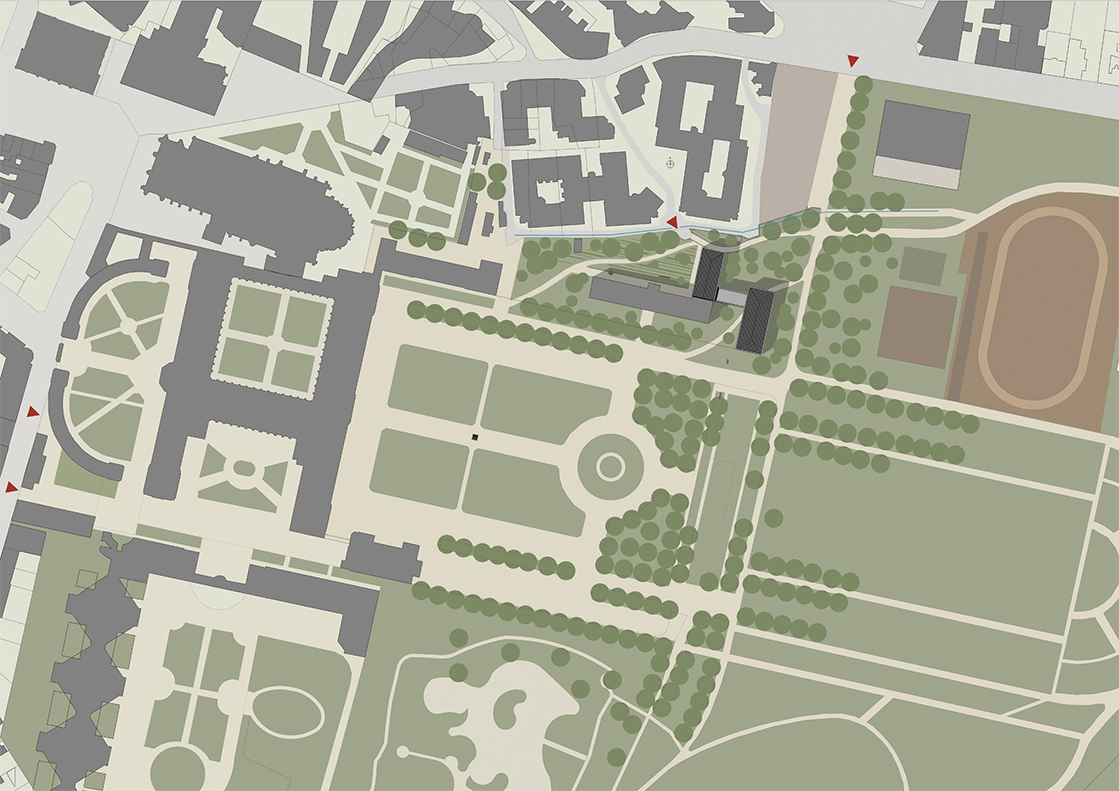 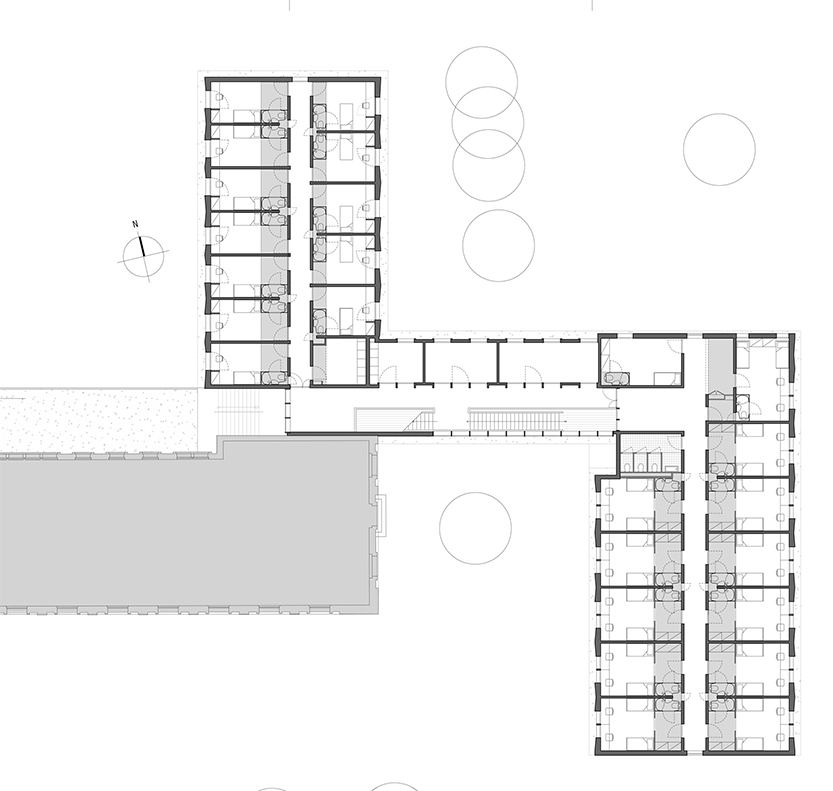 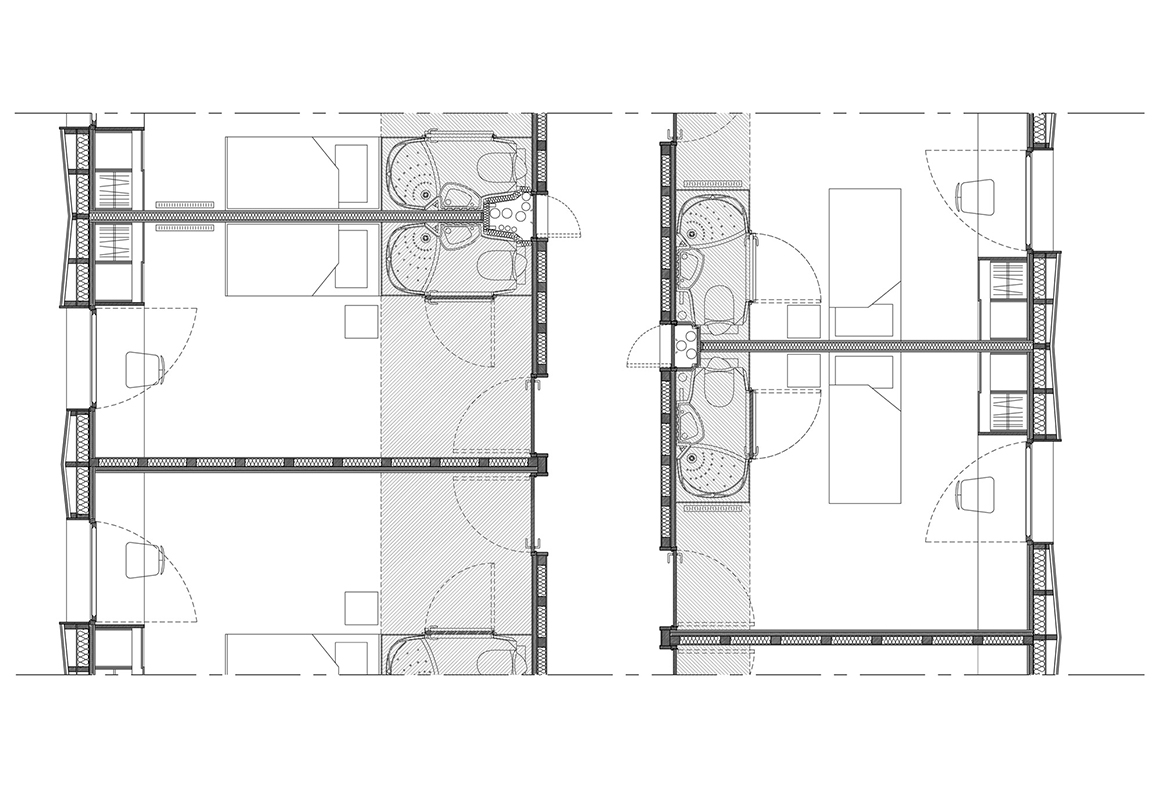 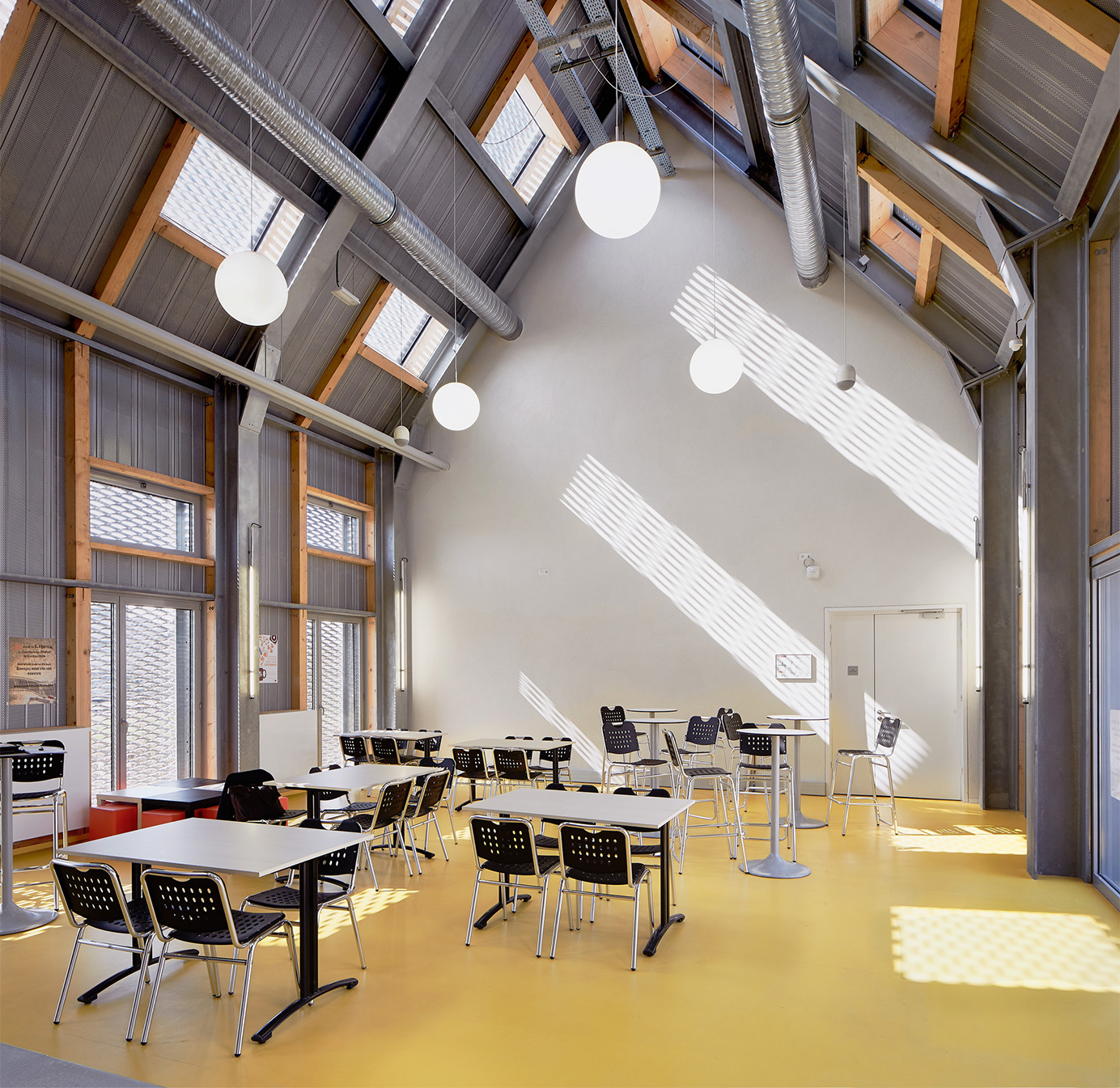 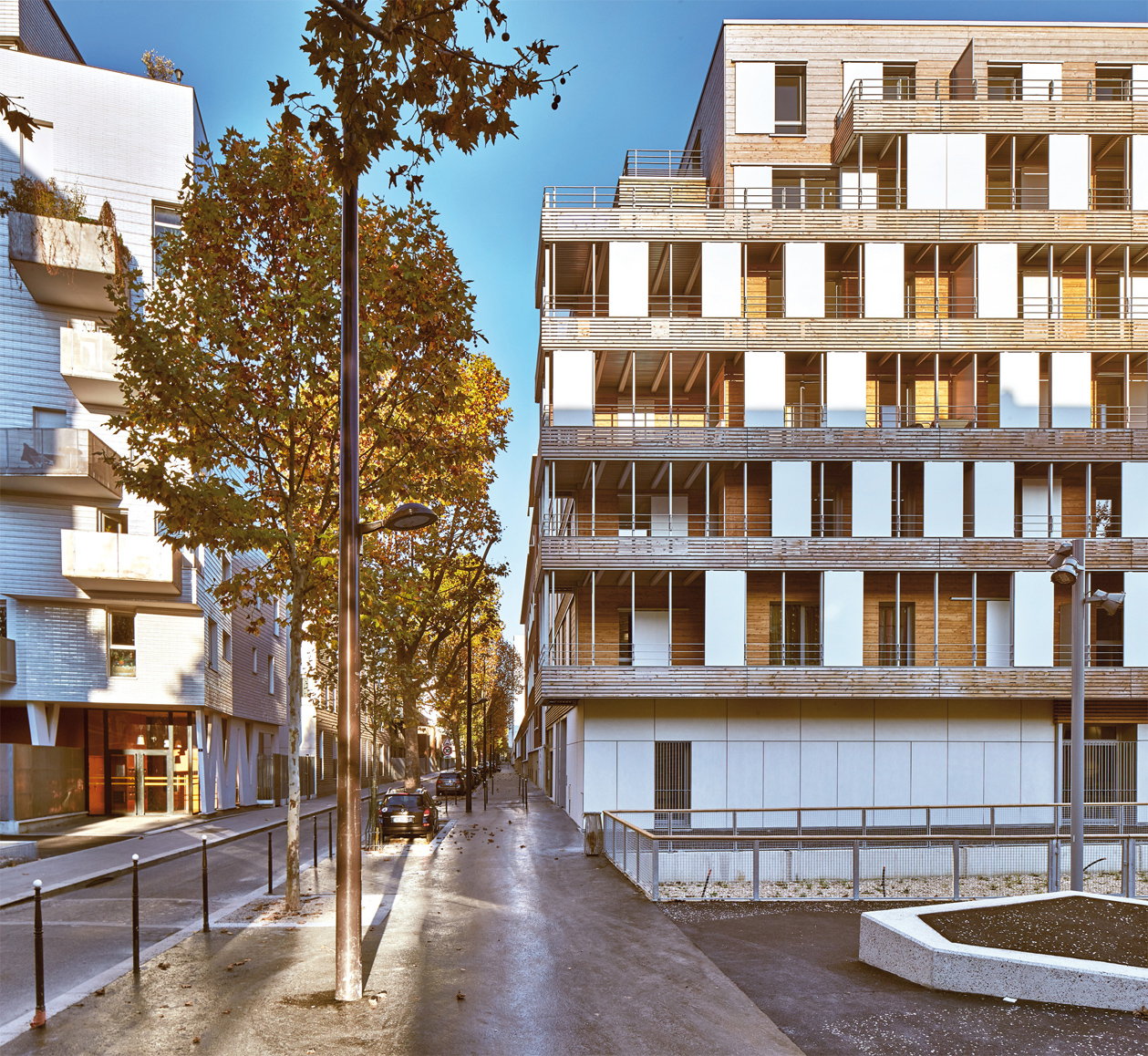 An educational center and student dormitory in park of the Maison d’Education de la Légion d’Honneur.