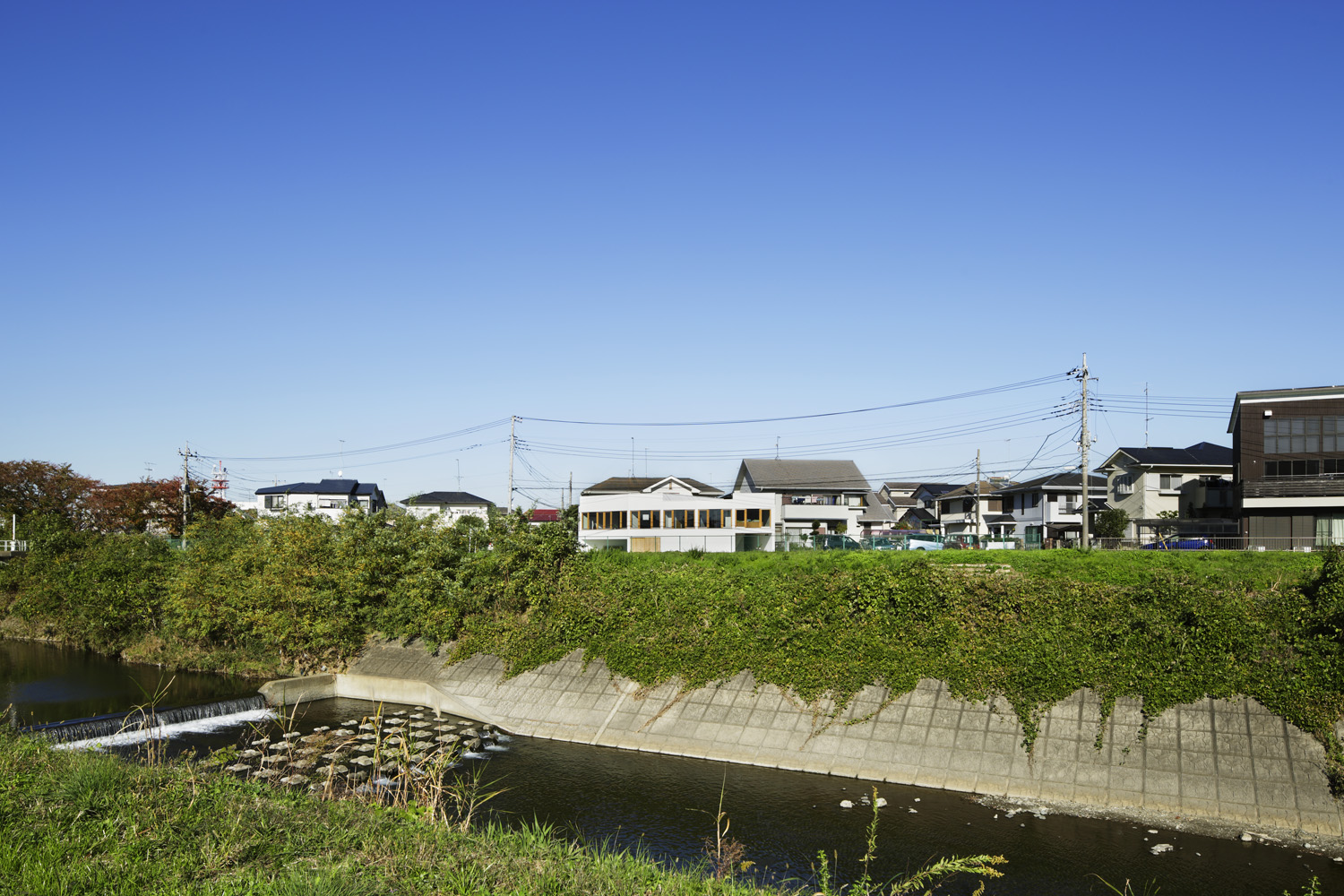 The house belongs to a married couple with two children, and stands near the Tama River, which flows through Atsugi City in Kanagawa Prefecture.
Although the surface of the Tama River flows eight meters below the house, the dry part of the river is at the same level as the house’s property.  The dry part of the bed adjoins the property without any separation by an embankment or other structure.  Although a road is situated between the dry river bed and the property, because there is almost no difference in elevation, the property is essentially a continuation of the river bed.  The scale of the Tama River is far larger than the scale of the house’s property; however, the scale of the Sagami River, into which the Tama River flows just a short distance downstream from that point, is even larger. 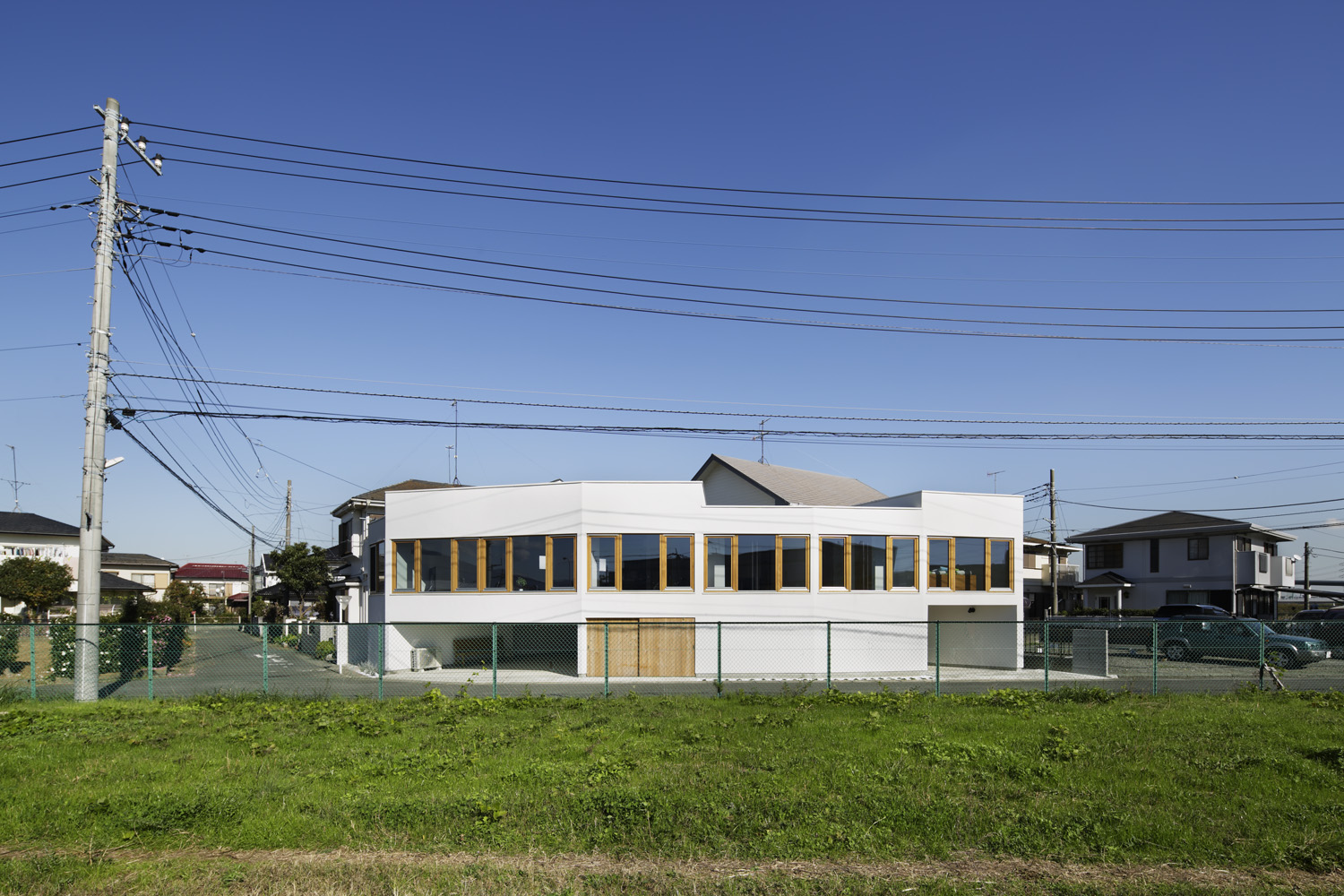 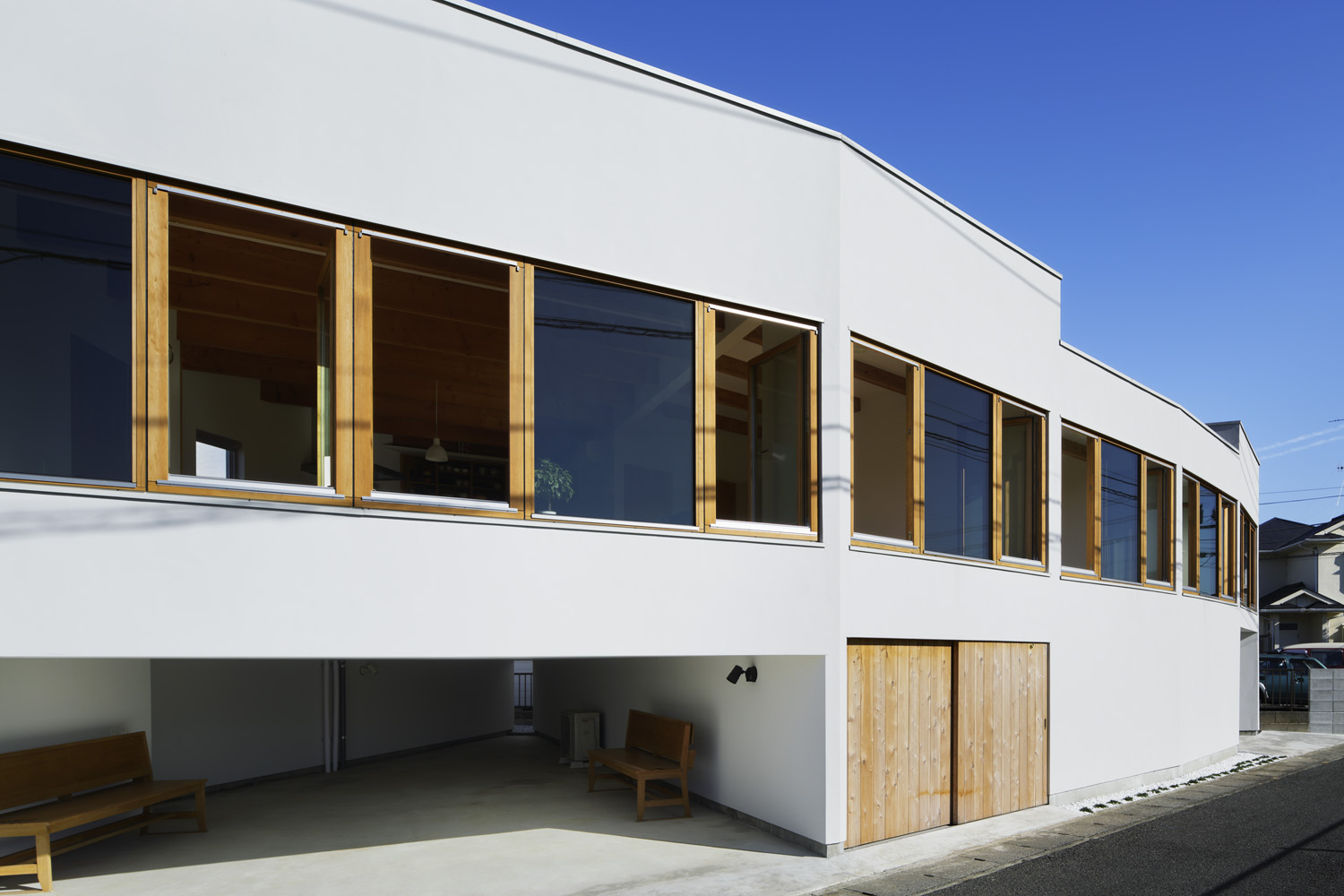 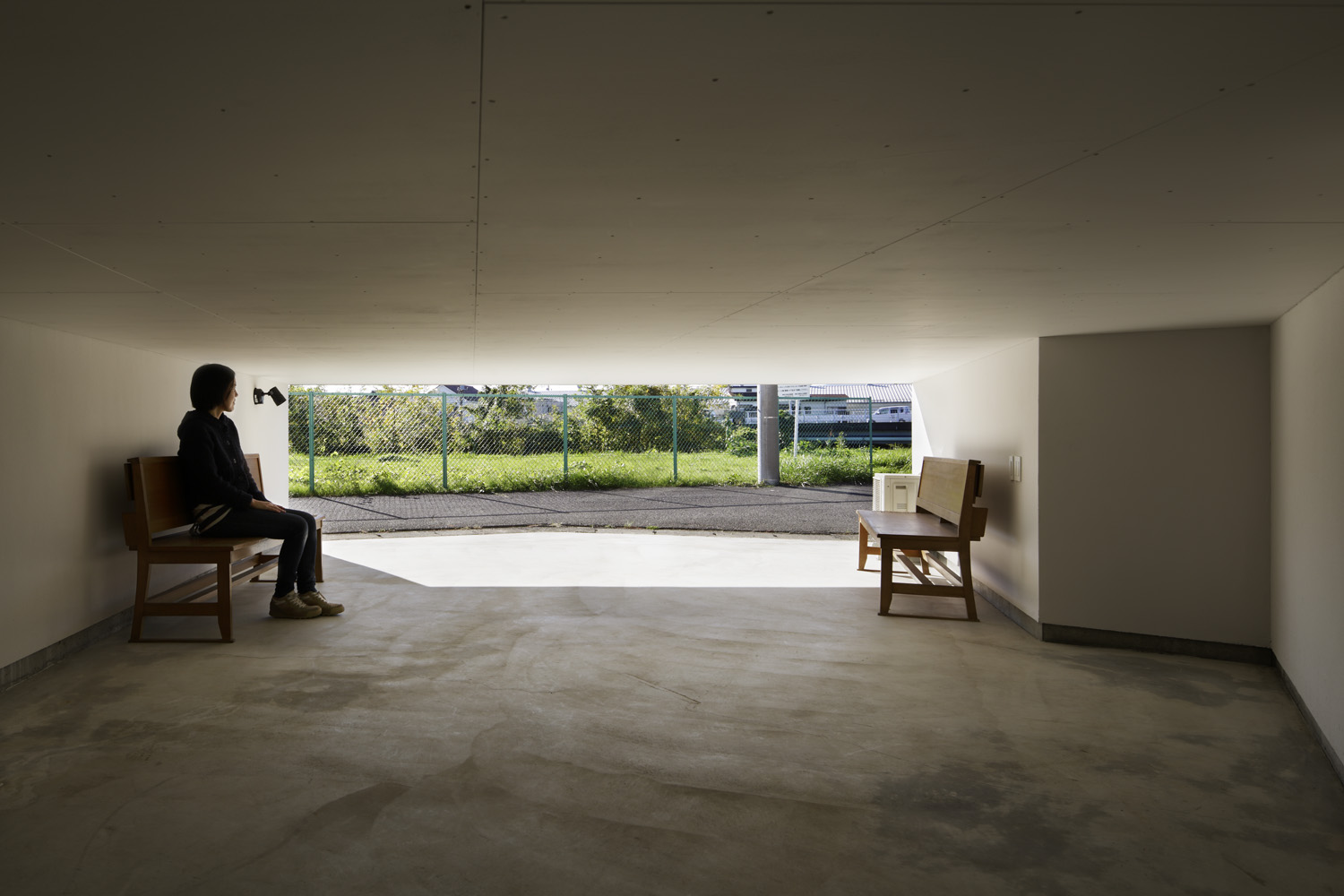 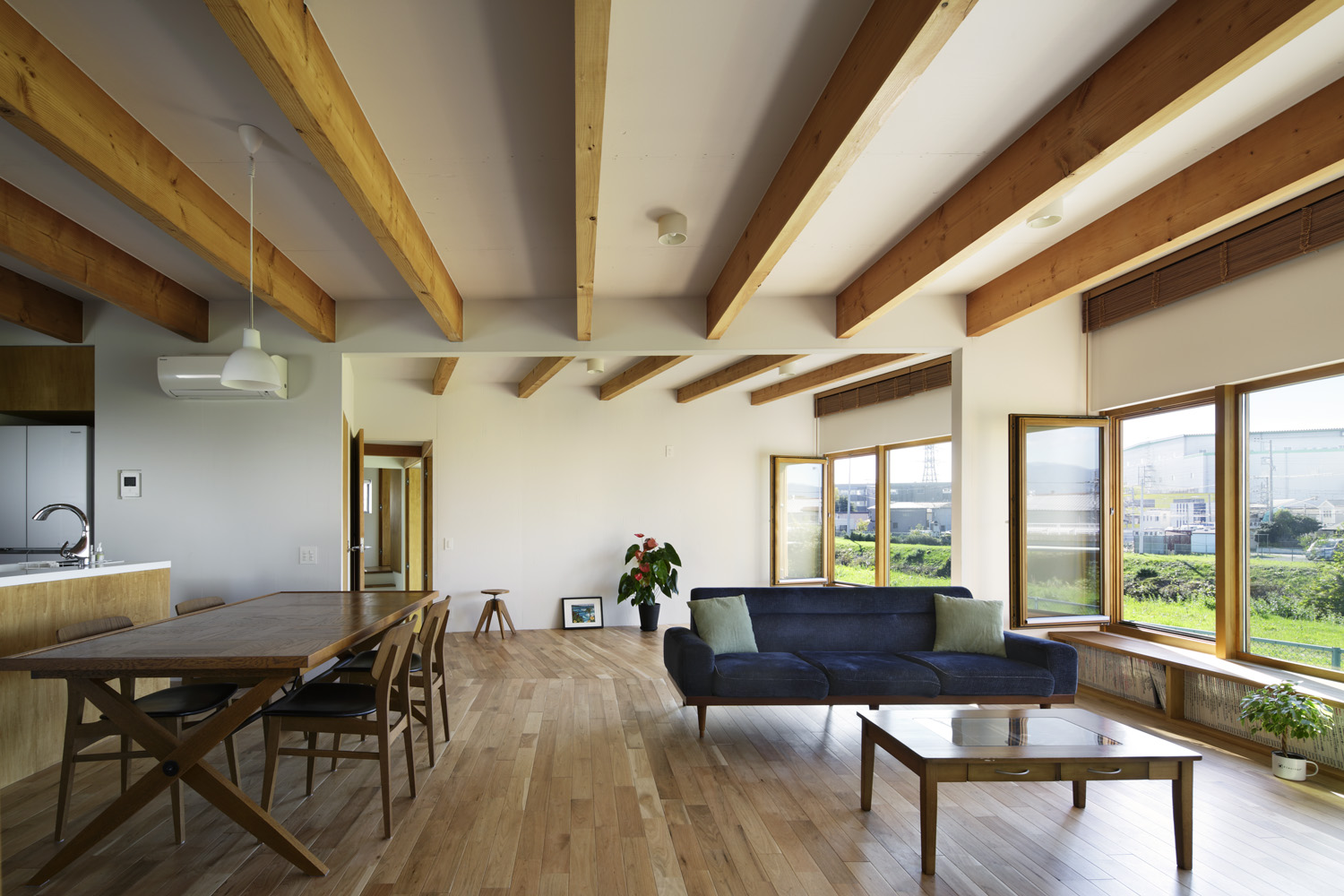 For this unique location, in which scales ranging from the ultra small to the ultra large exist together, I came up with the idea of using an inverted V-shaped plane that combines both ultra small and ultra large scales.  The open side of the inverted V indicates extensity whereby scale grows infinitely in the direction toward the river.  The narrowing side becomes the space for clothing or food in the house.  I arranged six of these inverted V-shaped planes to form a flat house resembling a fan-shaped plane. 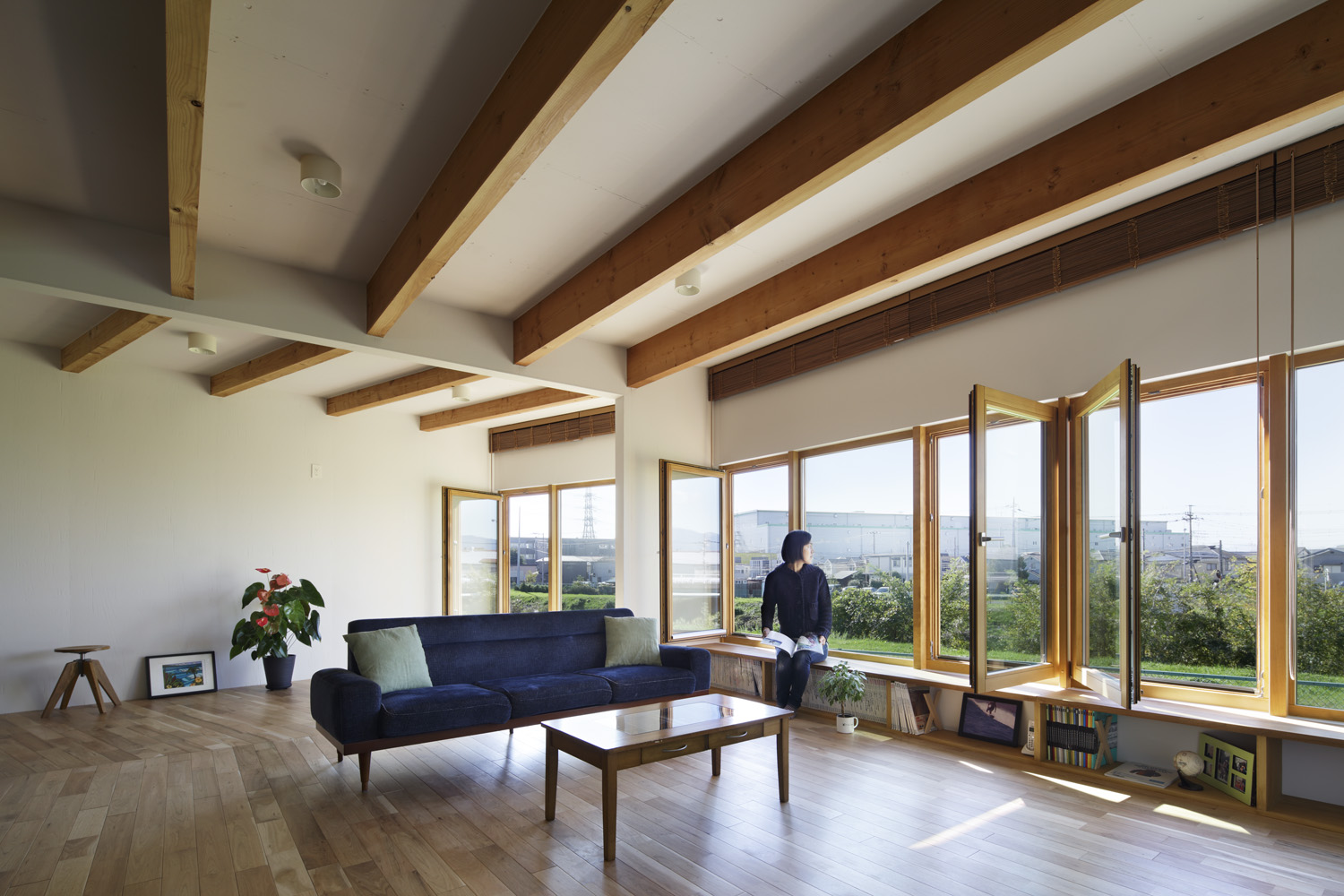 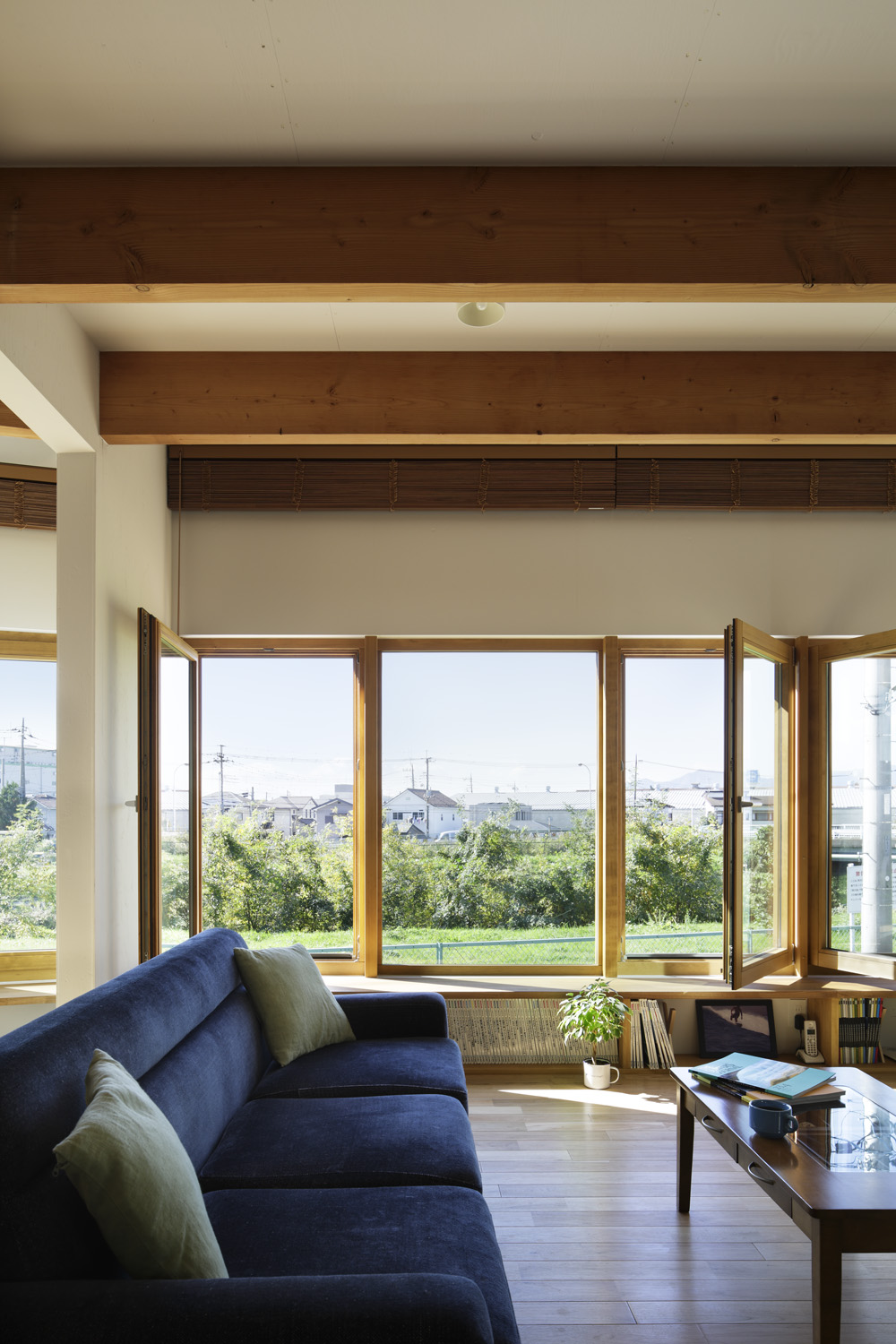 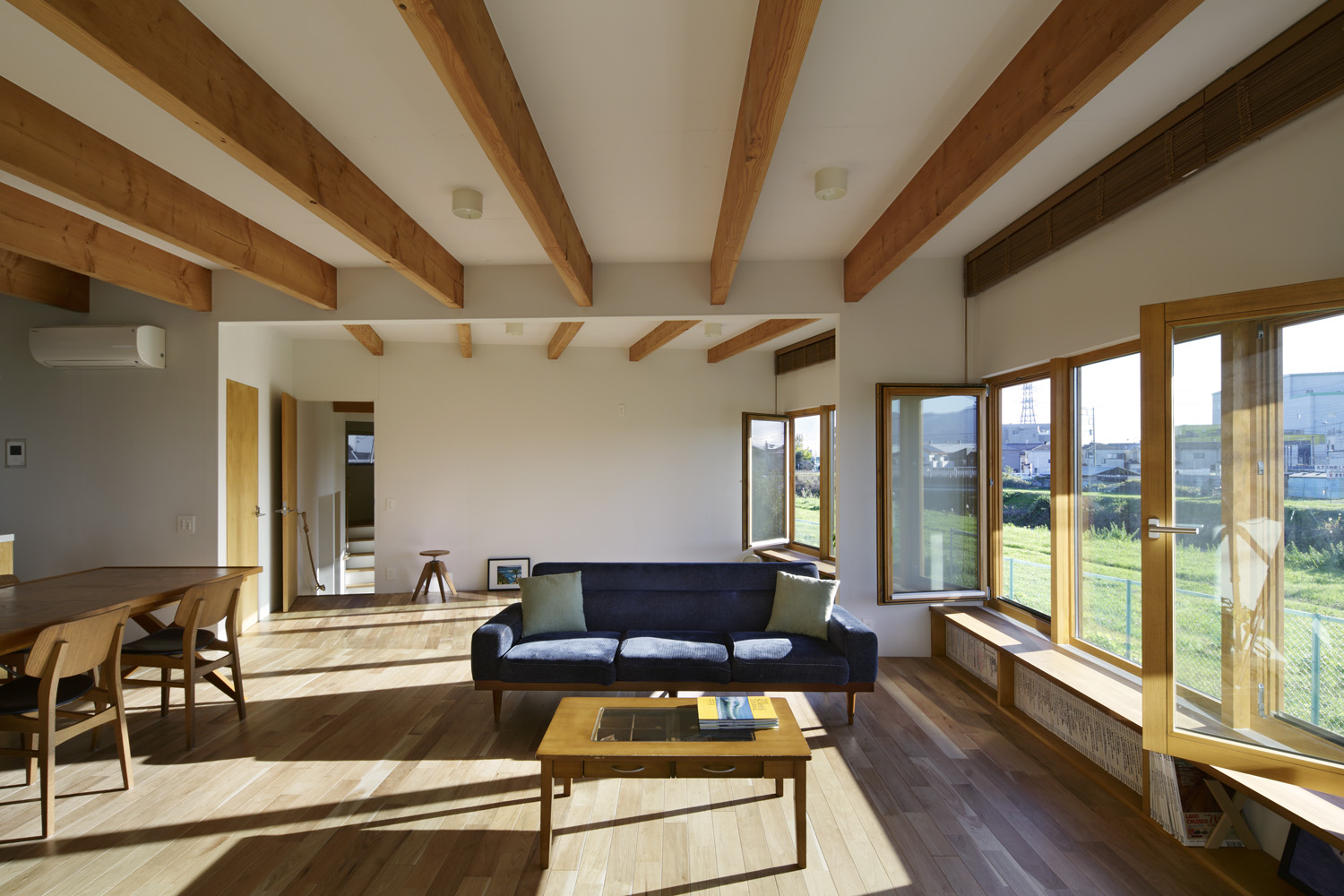 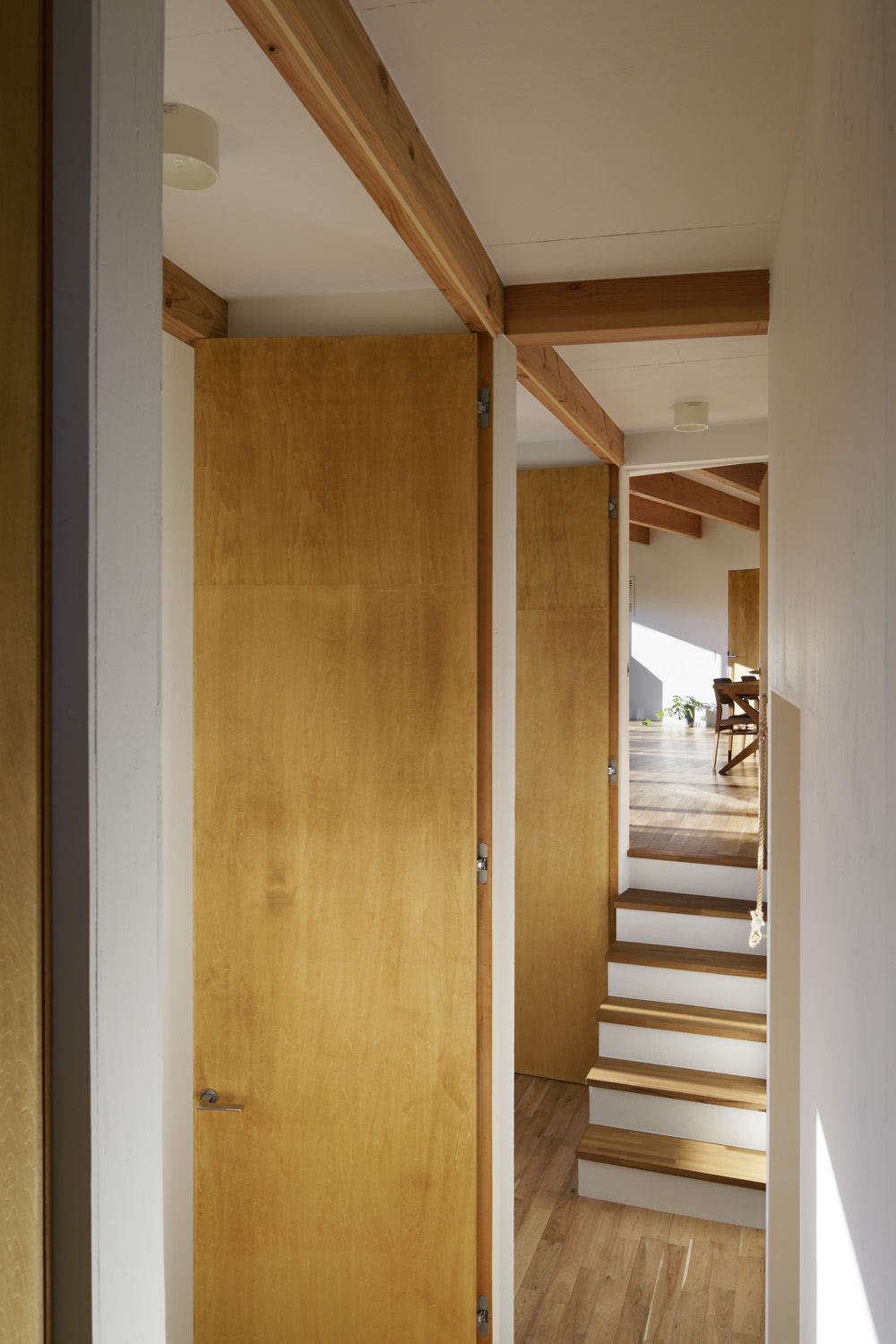 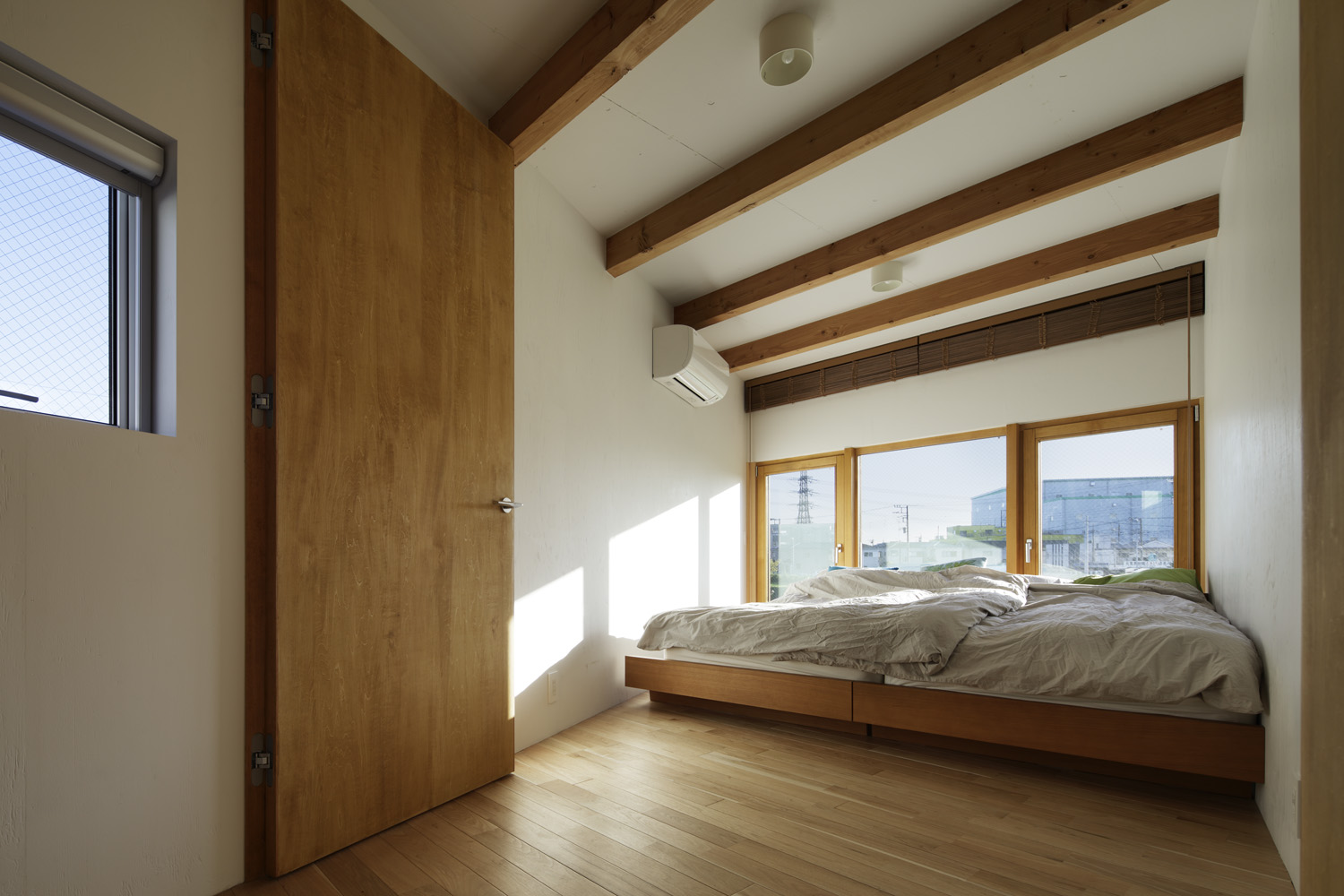 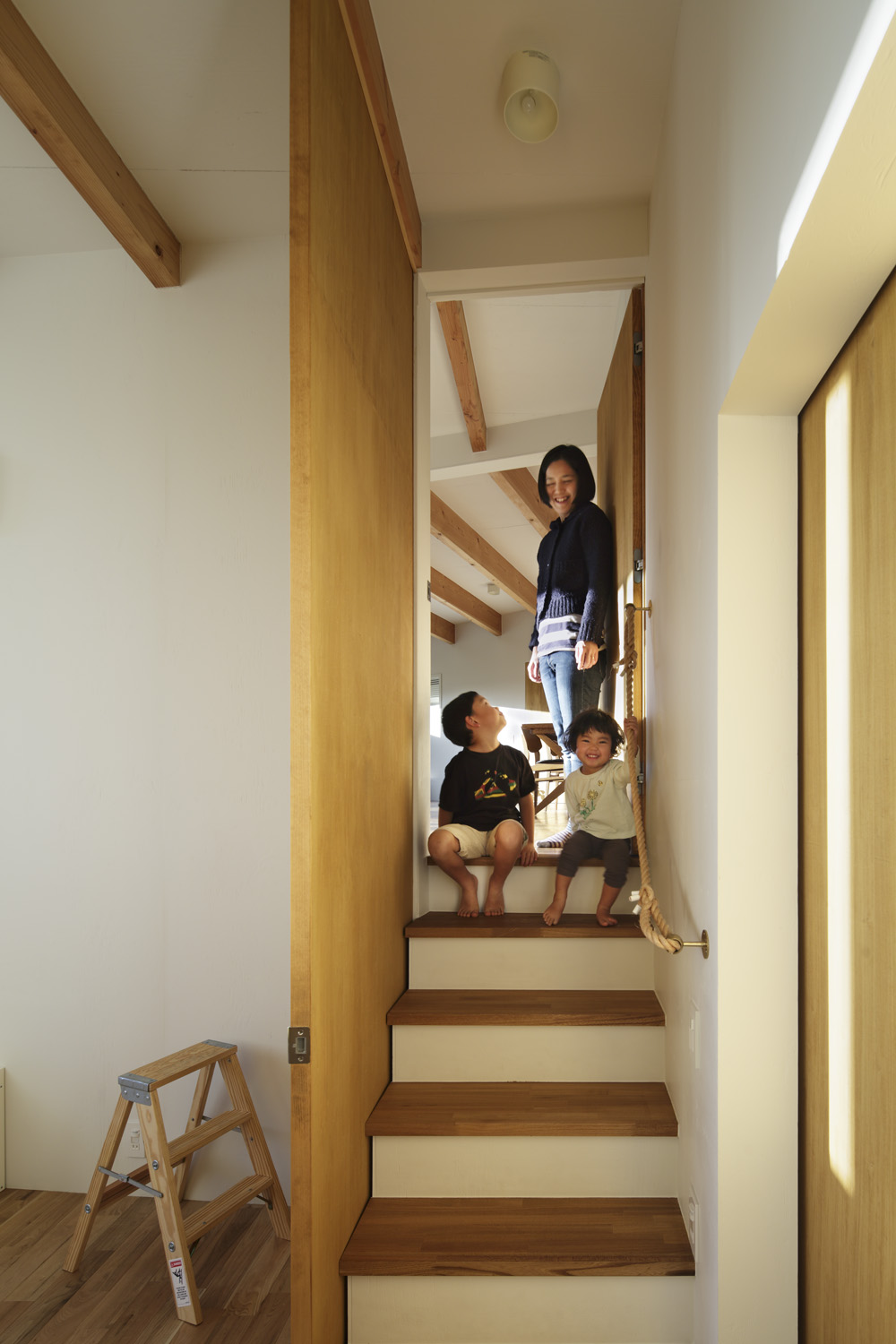 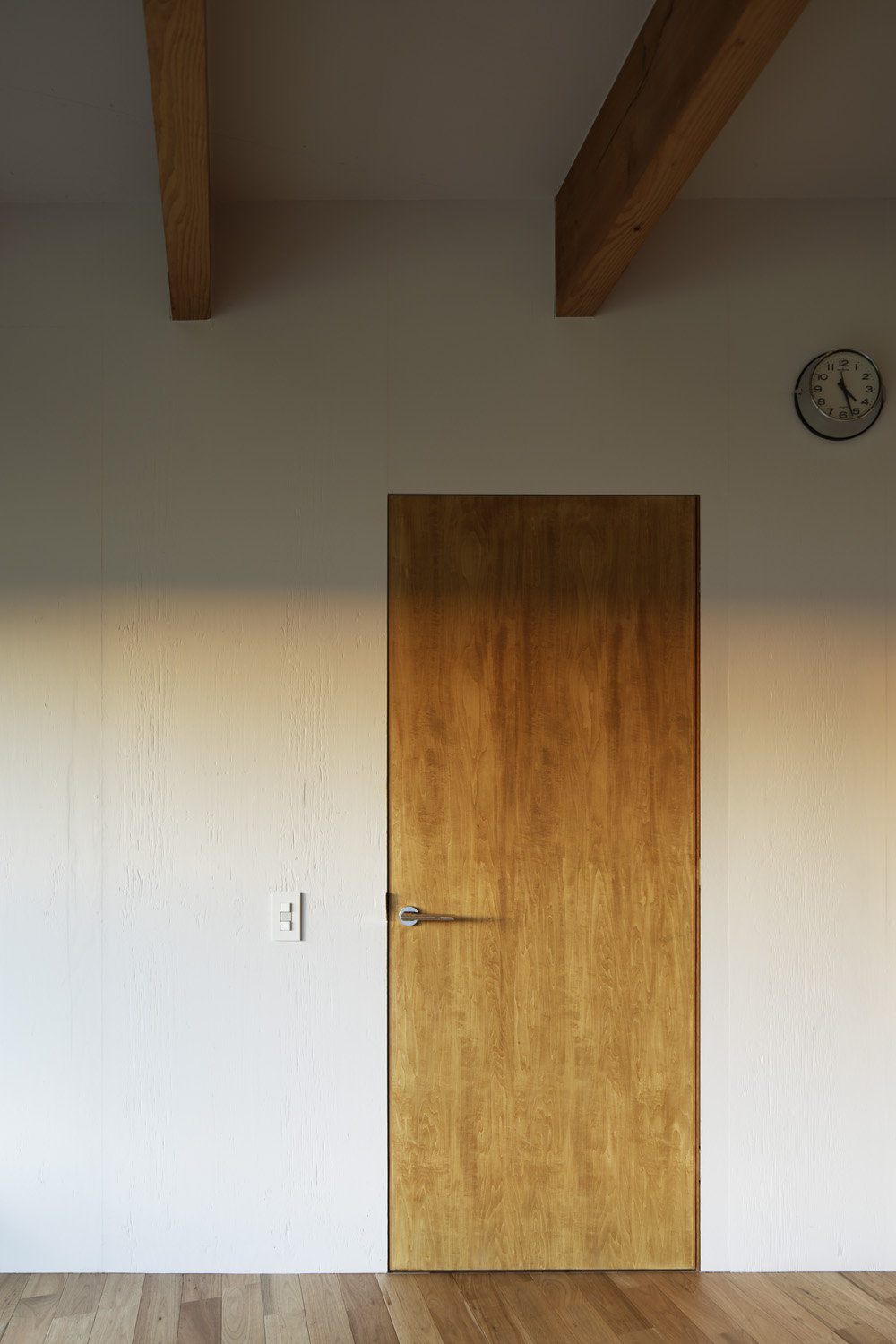 For the cross-section, I arranged windows of the same size at the intermediate level, between the first and second floor (when viewed at the scale of the surrounding houses), in an associative array facing the river.  For the floors, I alternated a high floor and low floor.  The living room on the higher floor is a space of panoramic proportions with a suppressed ceiling height.  The children’s room on the lower floor is a space of oblong proportions with a high ceiling.  I called the area under the higher floor an “under-floor open space” and installed equipment for play and daily life there.  It is a place for outdoor living, resembling a garden that extends to the adjoining ultra large-scale dry portion of the river bed. 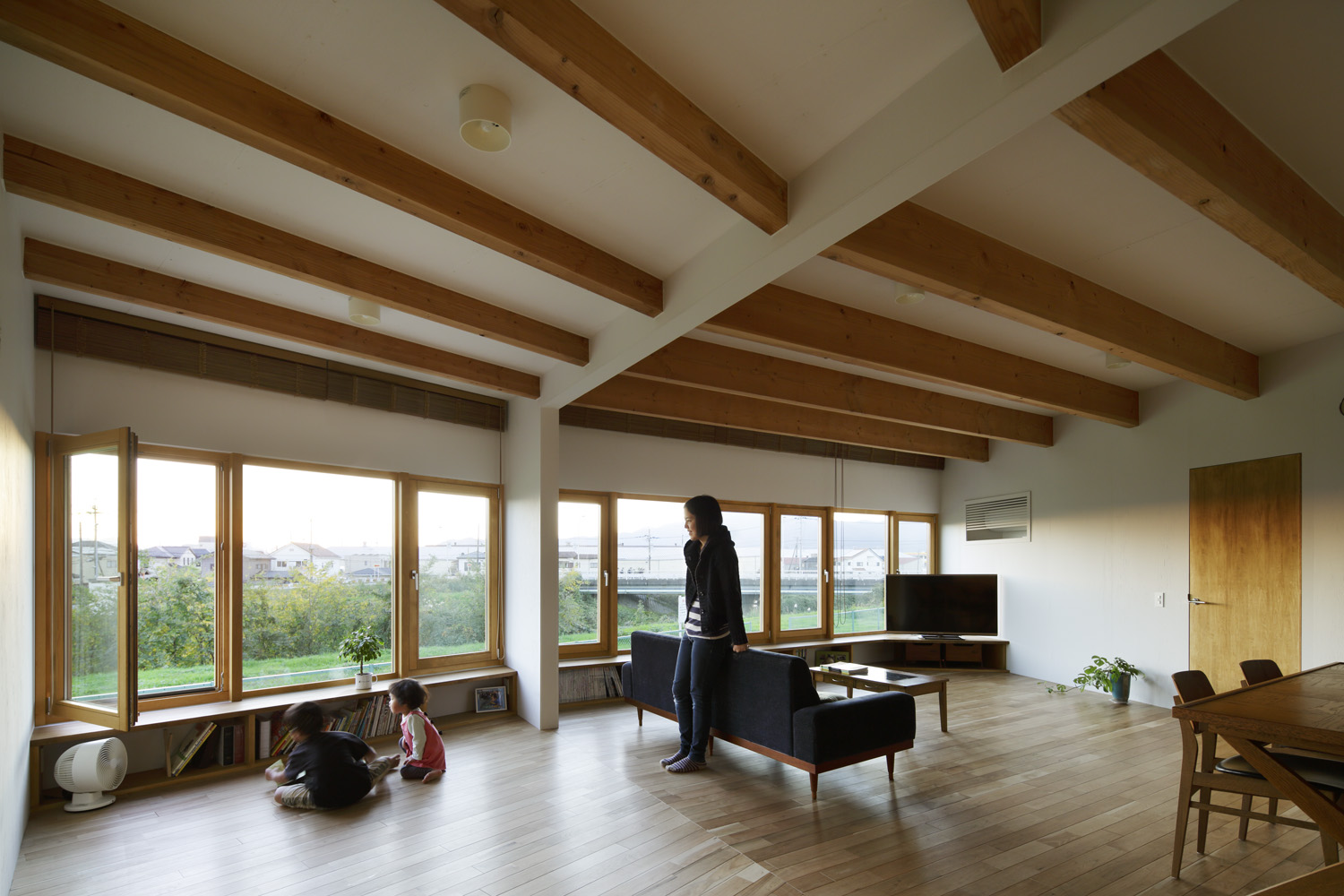 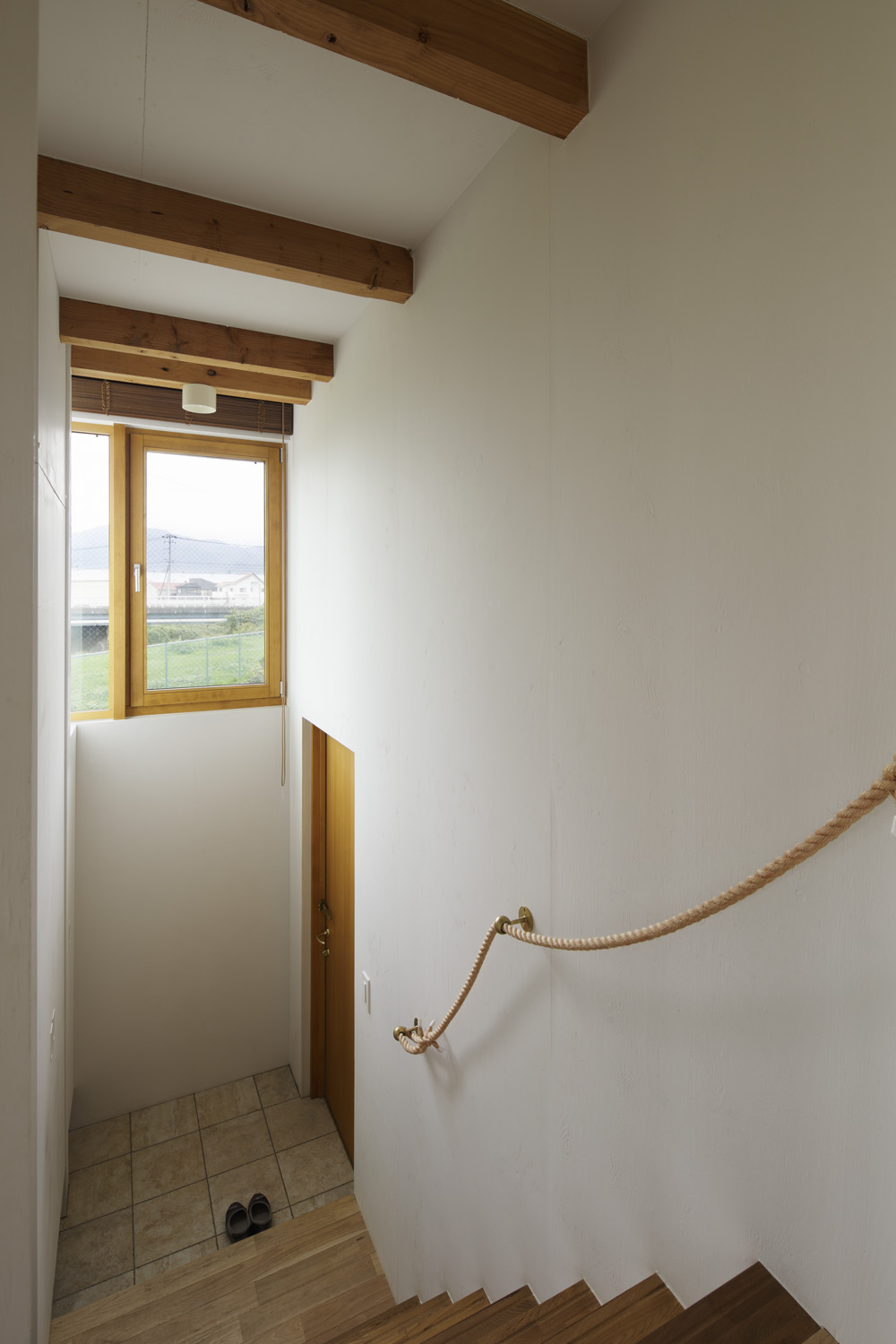 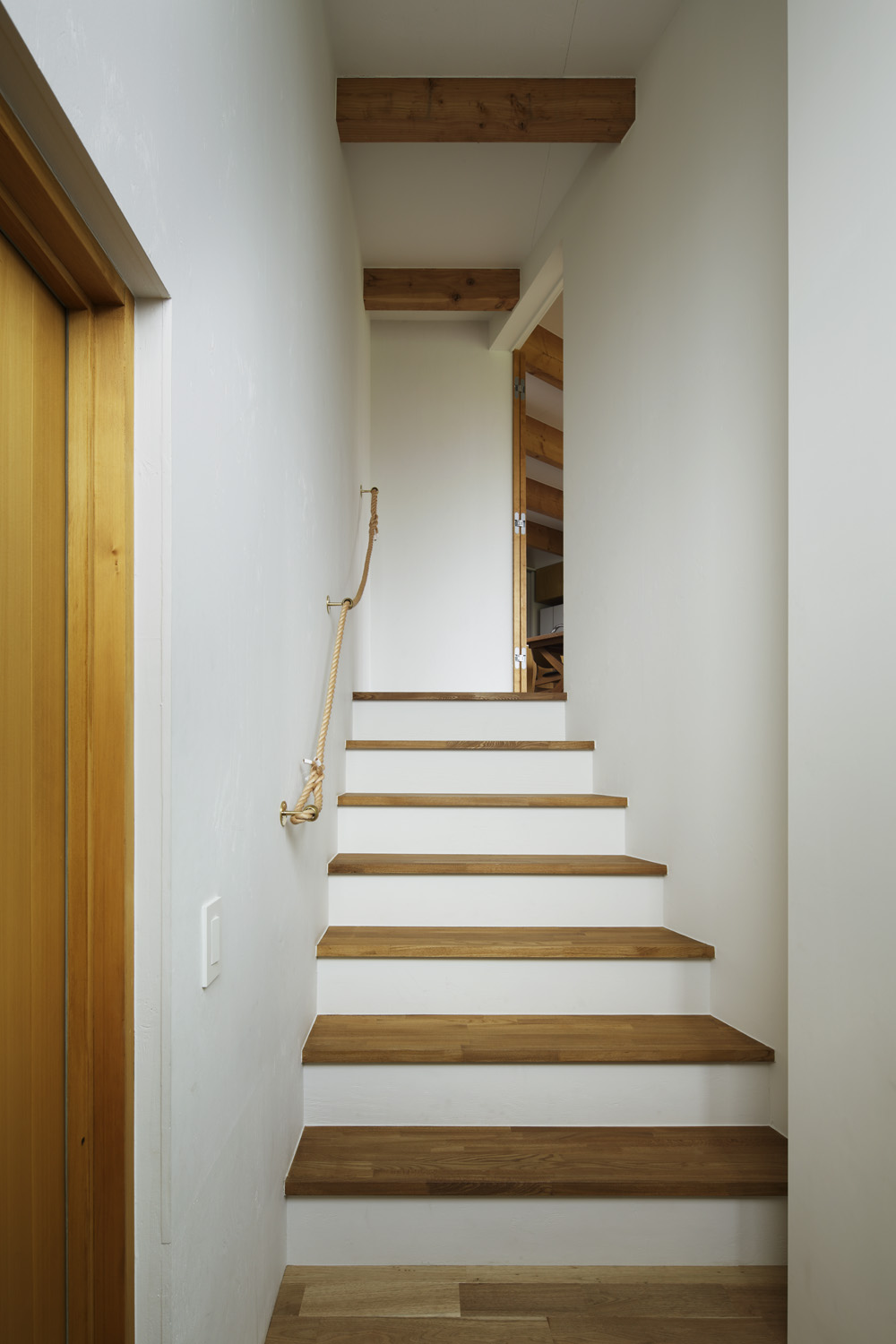 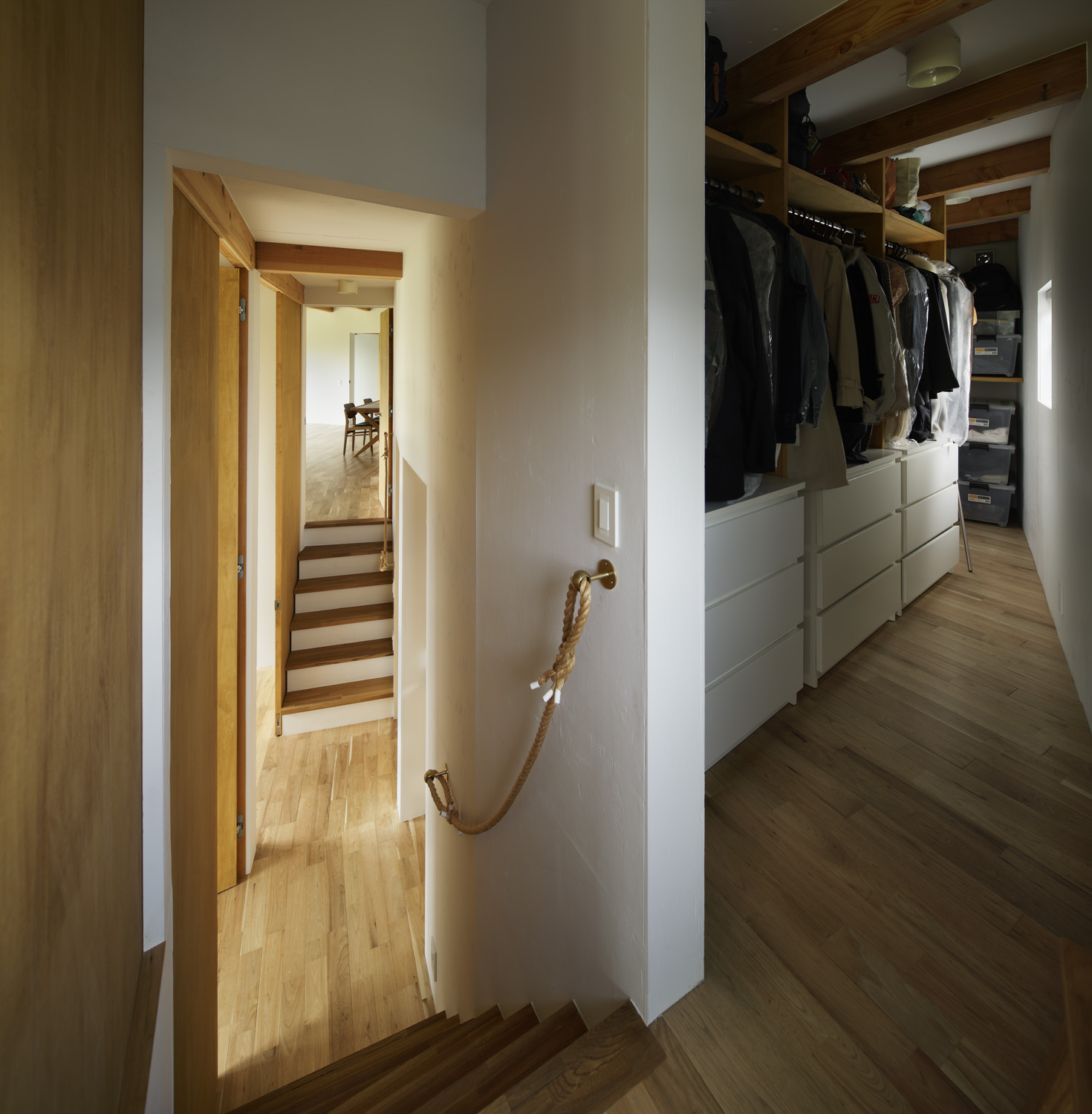 Indoors, people go back and forth between the open side and the narrow side of the inverted V-shaped plane as they also go up and down between the higher floor and the lower floor.  Outdoors, they go directly out from the under-floor open space to the dry river bed via the adjoining land.  For both the indoors and outdoors, the zoom moves in and out freely in terms of the planar and cross-sectional view between the ultra small scale of the house’s interior and the ultra large scale of the river. 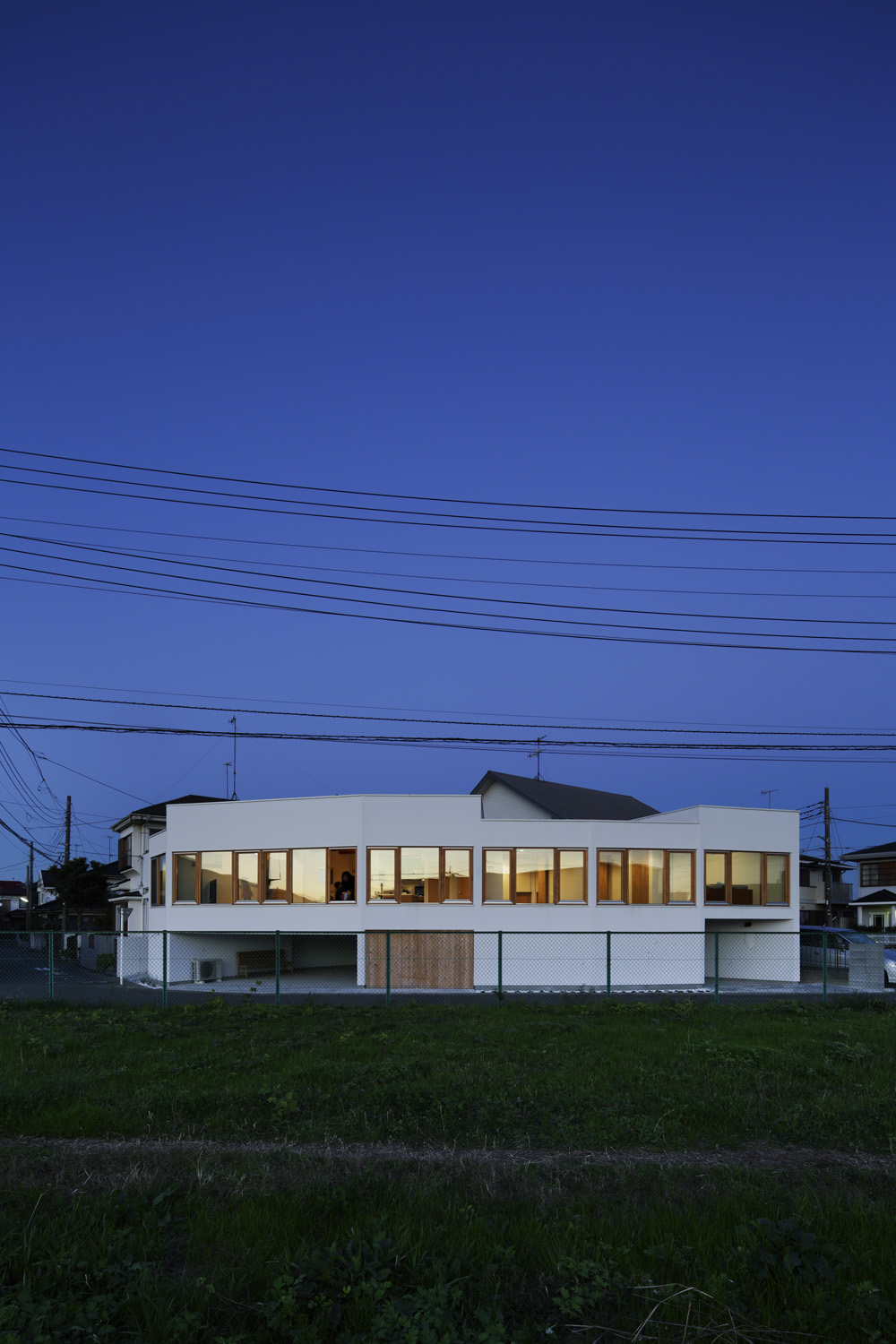 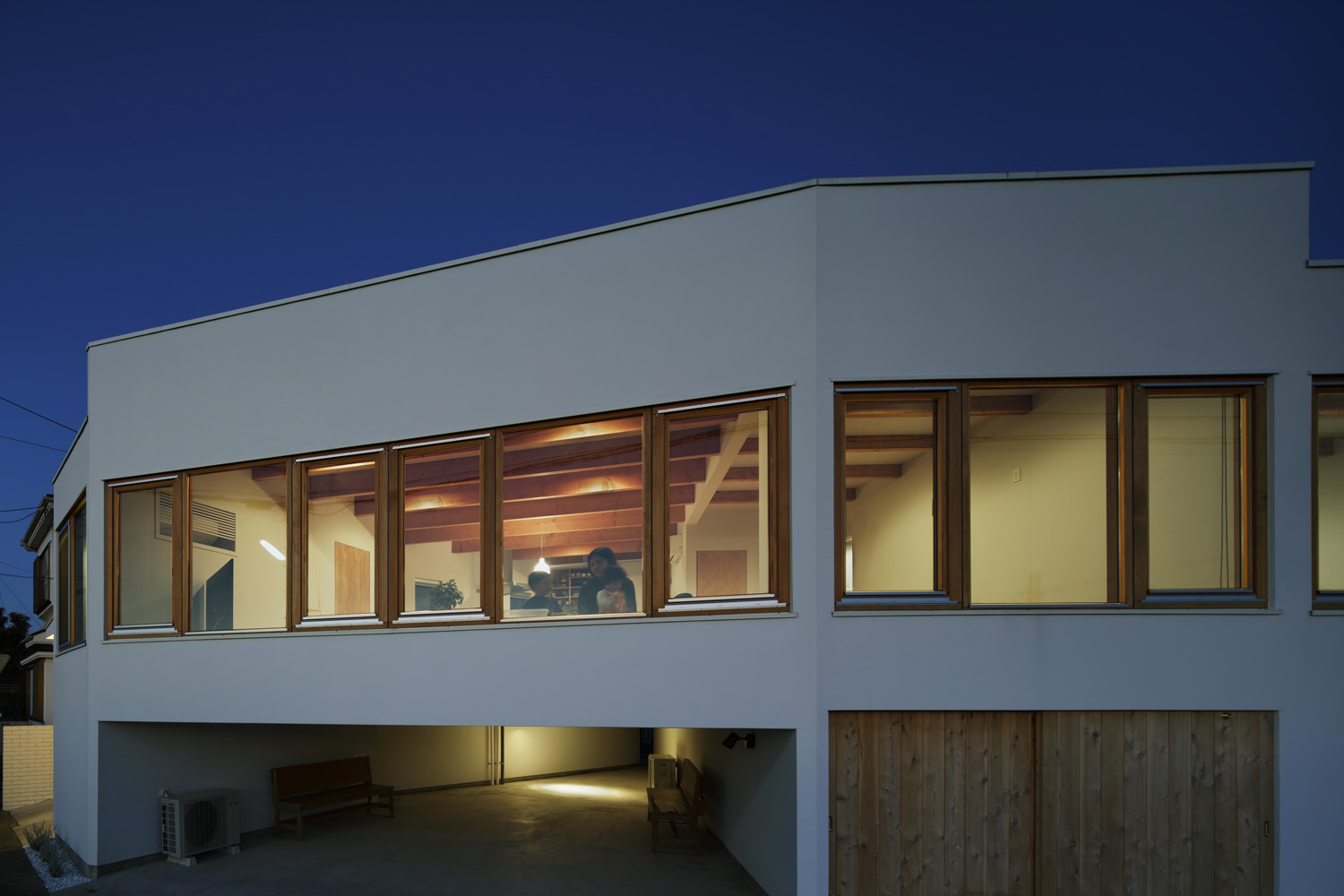 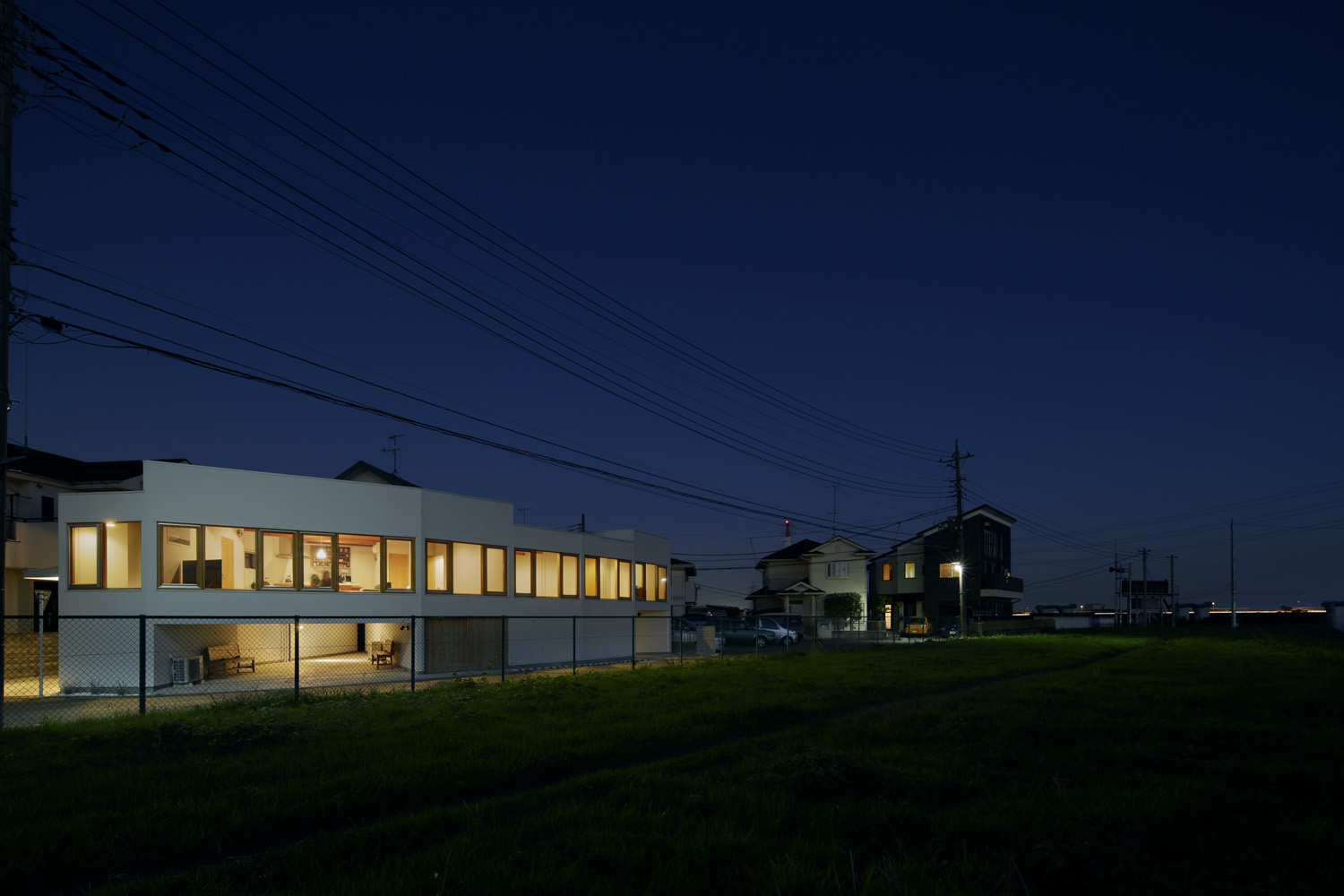 When rapeseed blossoms on the ultra small scale bloom across the entire dry river bed, the scale of the natural landscape in view swings within a certain range. This creates an ultra large-scale landscape, making the tall Mt. Fuji appear small, and making the Tanzawa mountains (which are lower than Mt. Fuji) appear larger.  I wanted to create a sense of living where there are rapeseed blossoms, a house, a river, and mountains within such a mischievous shifting of scale. 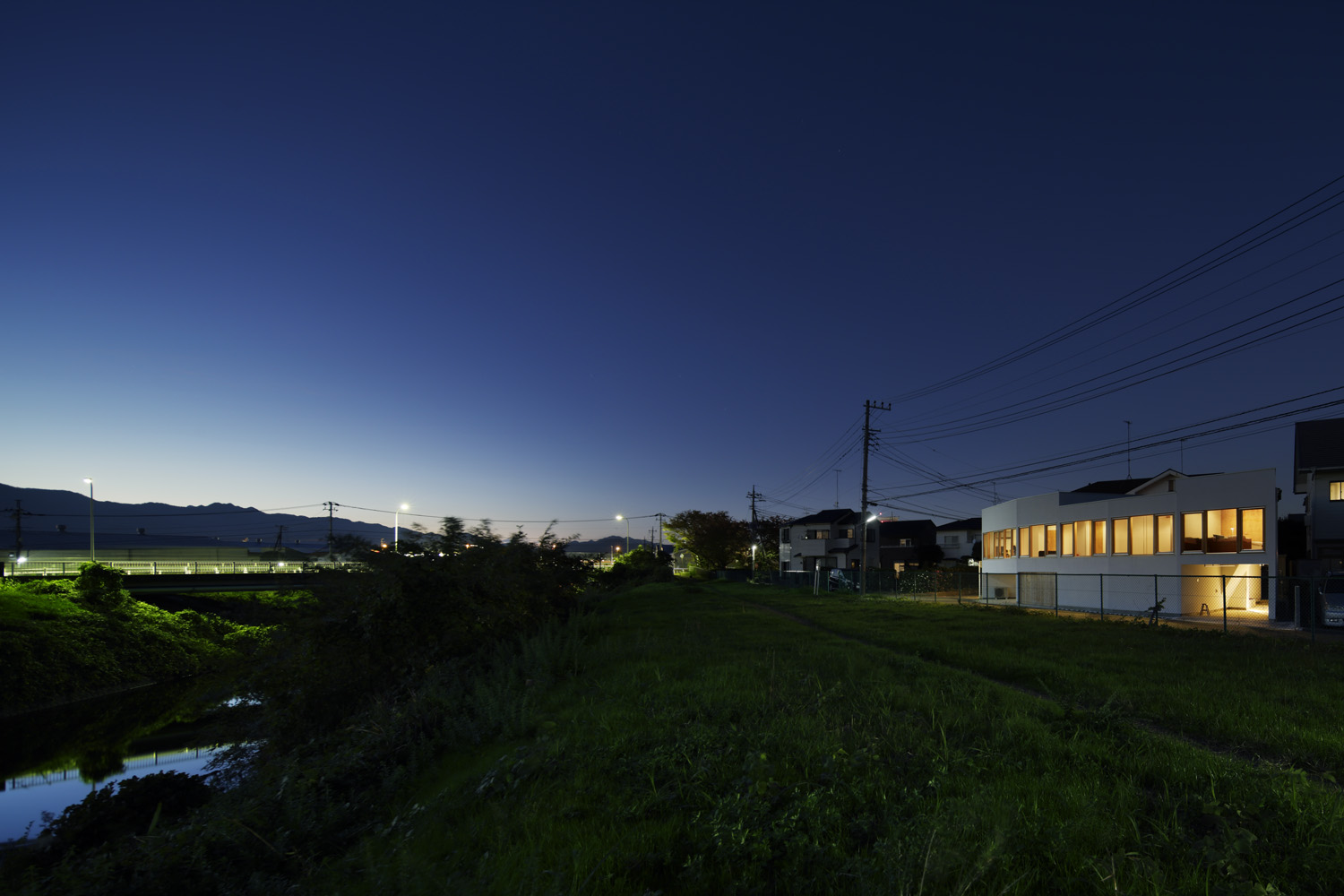 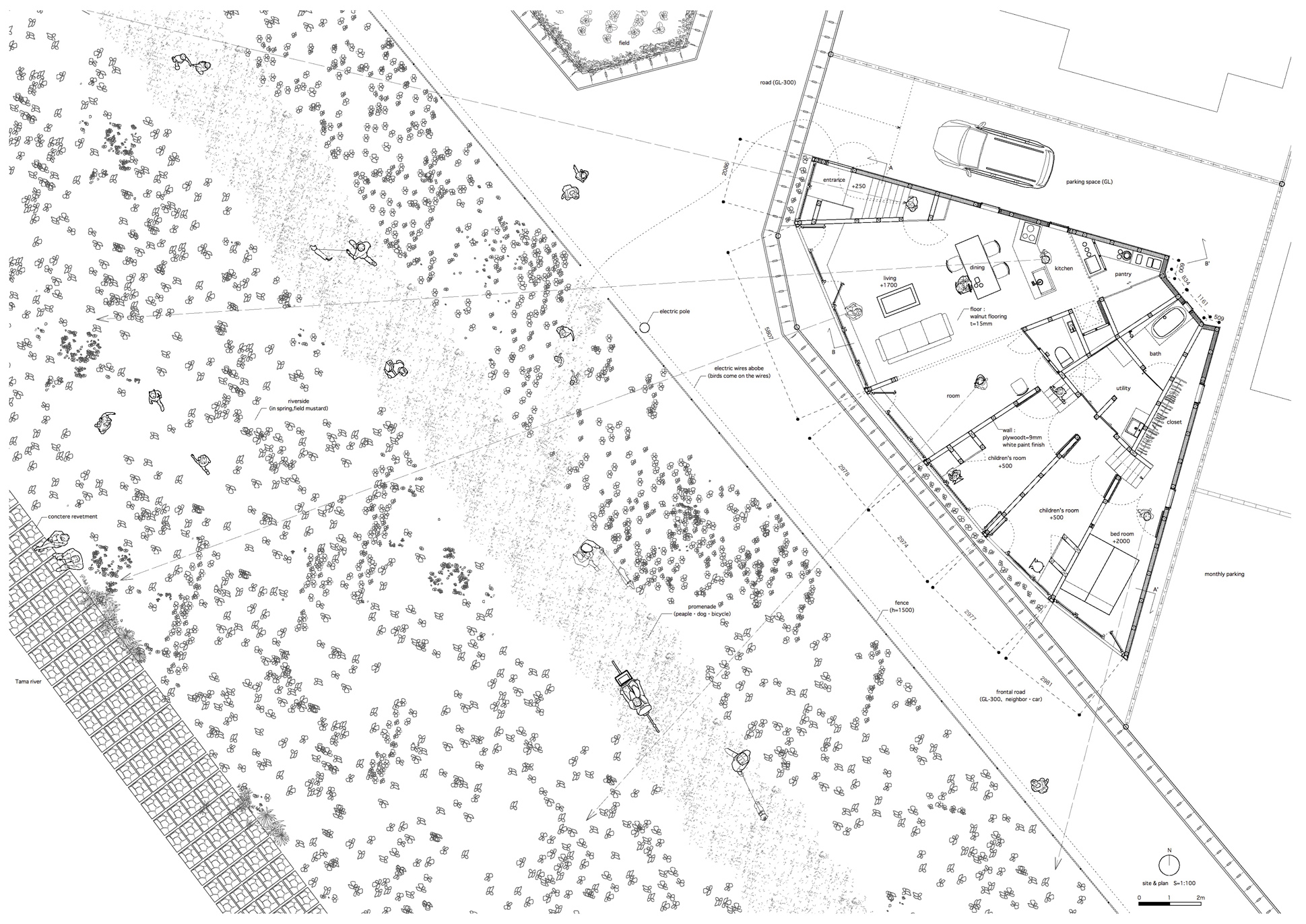 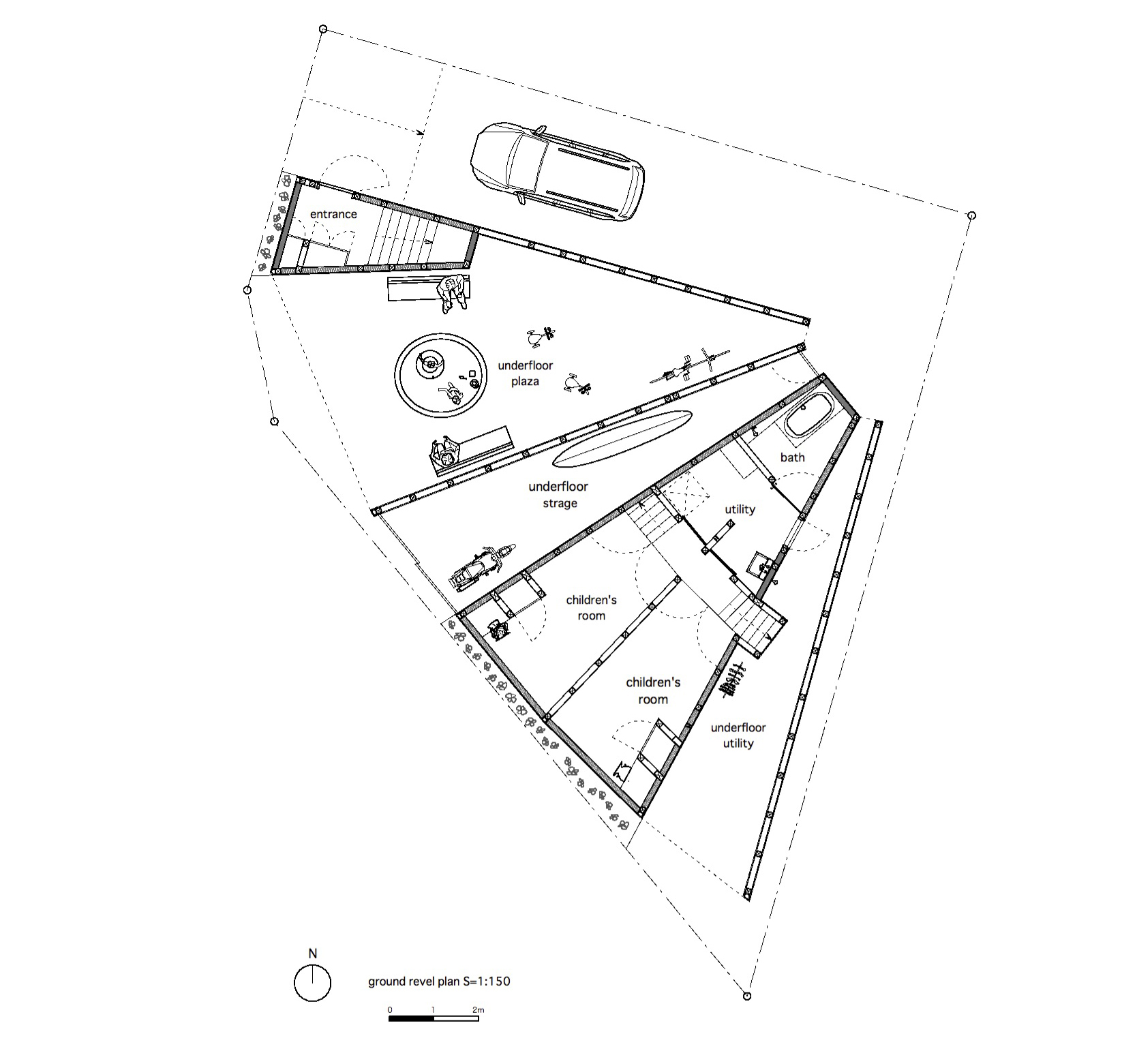 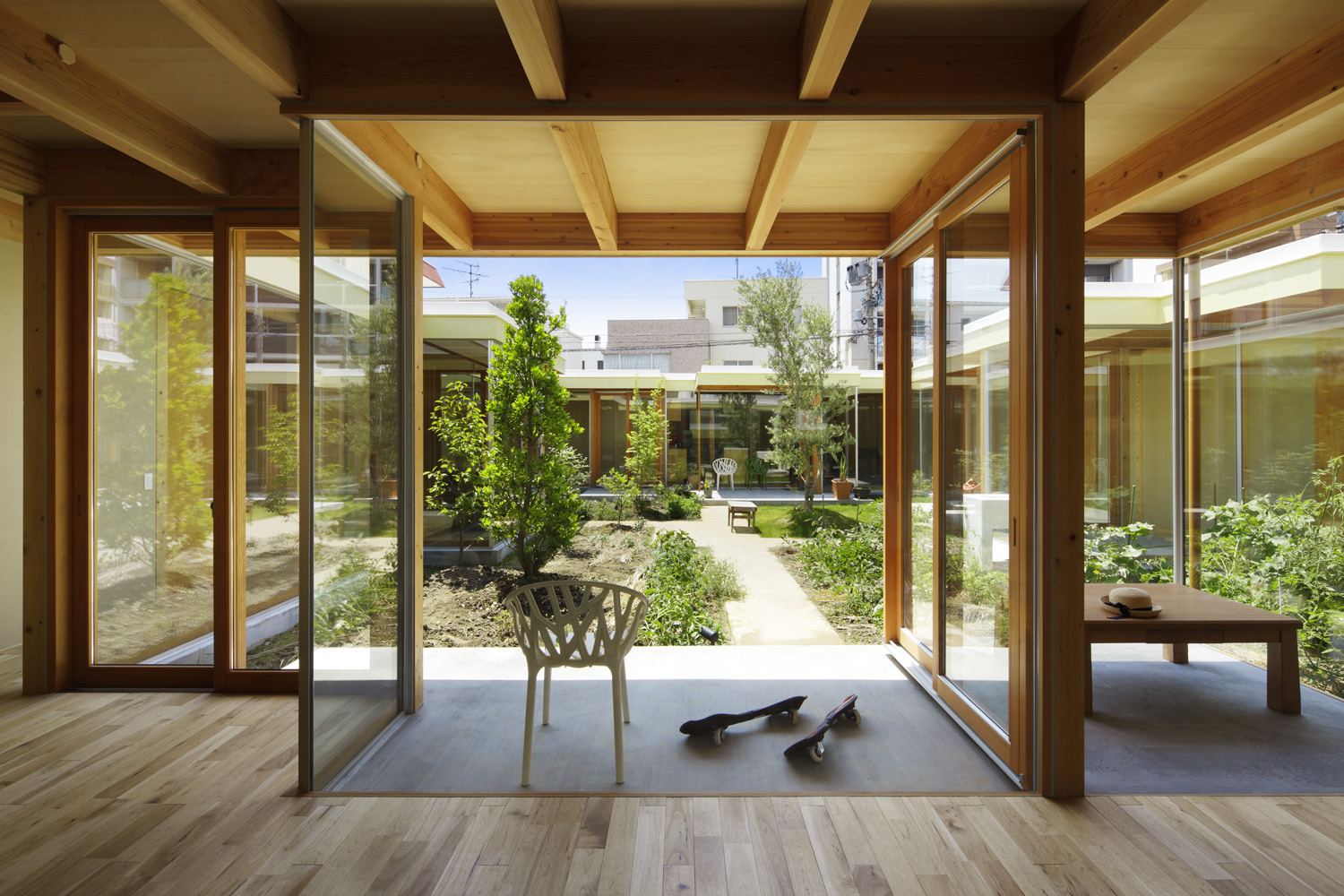 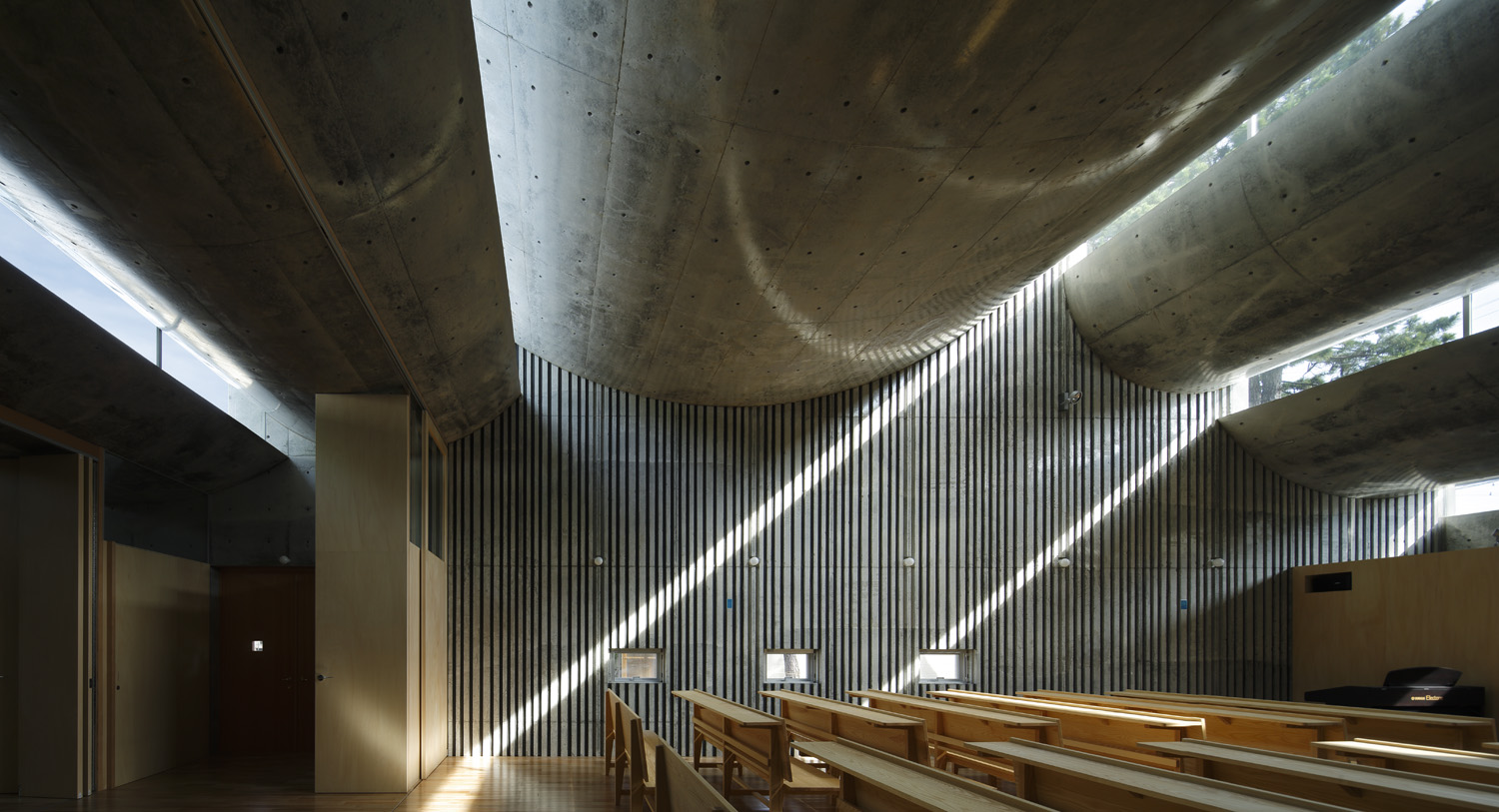 Roomroom This is a house where deaf parents and two children…

The cross-sectional and longitudinal aspects of scale.