Fishermen warehouses in the port of Cangas

On one hand a dock with numerous activities, where different equipments are already located, and where the fishermen departments to be added, can be one more scattered piece. 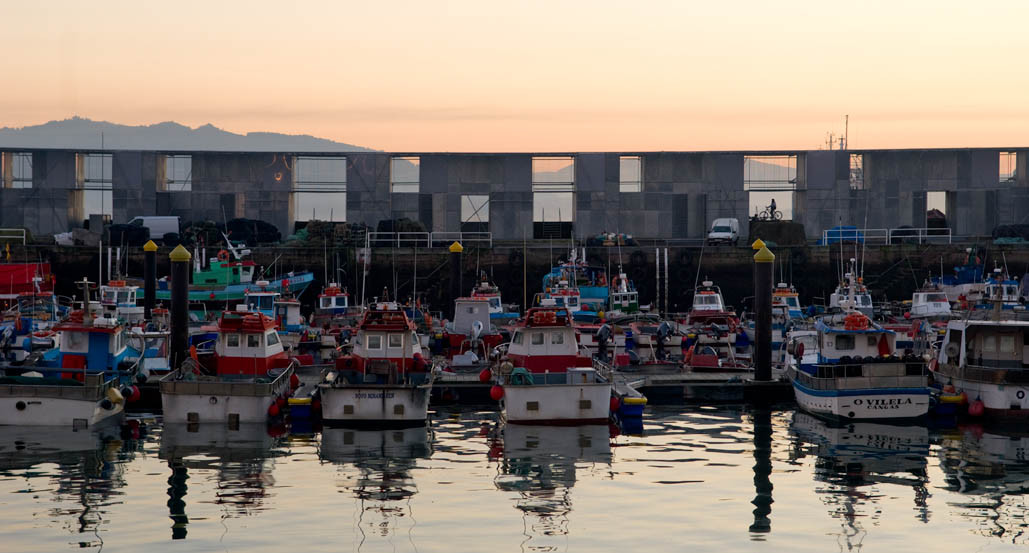 On the other hand, an urban scene where the edge of the dock is already a public space, of great use in nautical events, a nautical club isolated from the ramp and the dock by an urban road, pedestrian street towards the beach in summer, an important parking area, way to industrial units, definitely a rich place but with functional conflicts.

Finally, and very important the landscape impact that can have what has already been built, the problem of creating a screen towards the bay that shuts the town centre of Cangas. 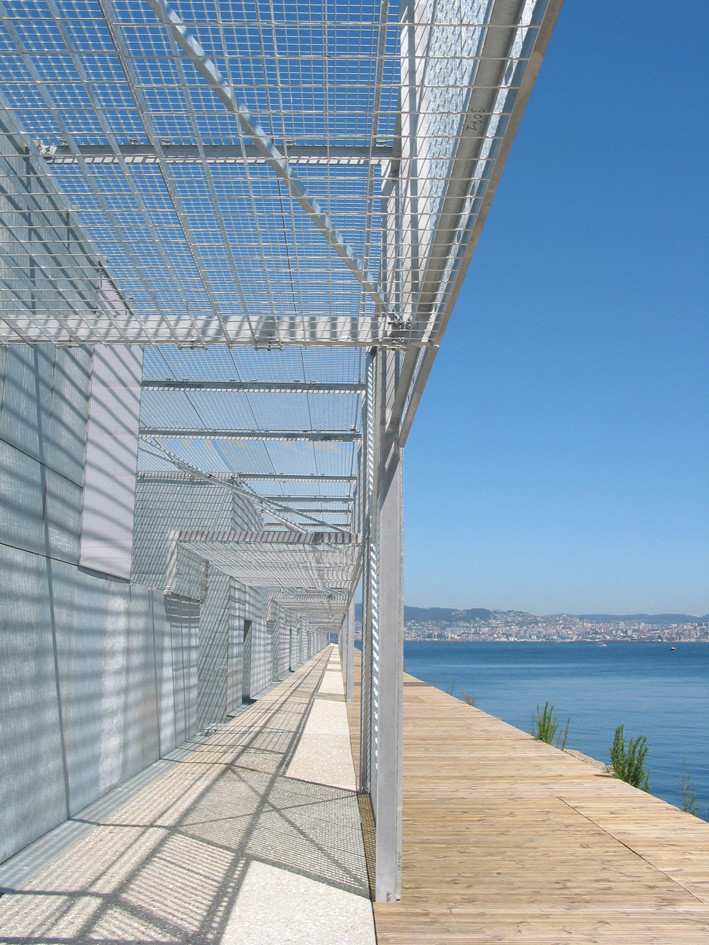 The project emerges in a place where nature and buildings meet, the city as a vital space with the port as infrastructure, city architecture and engineering as a strange look, contemporary evolution to a beginning where human settlements, so as to obtain their resources, reflected the specific conditions of each place and time.

We pretend a building capable of answering and solving all this, in one way.
A building which goes beyond a set programme. With an adequate scale, capable of having and imposing its presence, but being sensitive to landscape and to the different environmental conditions. A building that answering to its functional demands, is able to accept them in an optimum way, and at the same time it answers to urban functions and citizens demands in public areas, which appear at the dock as a vantage point to the bay. 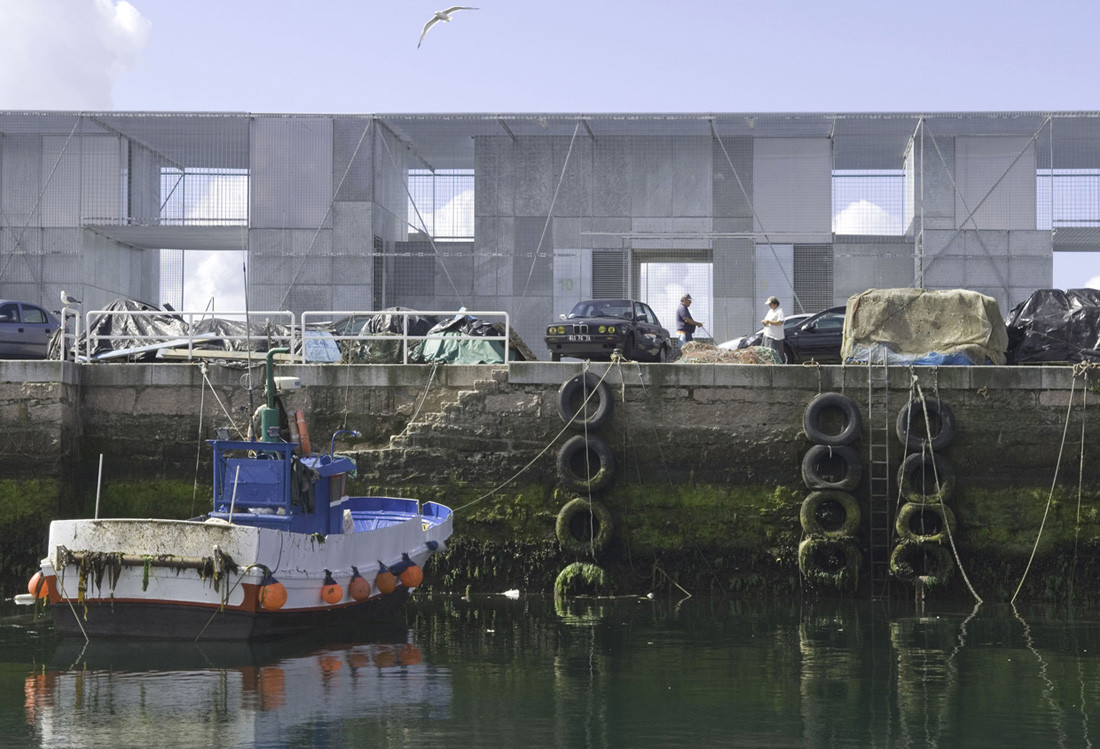 The building wants to combine its own presence as public allocation without canceling permeability towards landscape, and ties the professional fishermen world at the docks level, with leisure and going for a walk on the dock.
Linking city and landscape,citizenship and culture,leisure and work… Therefore, the project breaks the isolation city-port stretching its base as a ramp square, to give a new urban space for walks and sports.
Compellingly redefine timely interfaces vis-a-vis proactive web-readiness. Objectively synthesize impactful markets with client-centric channels. Proactively target granular meta-services via. 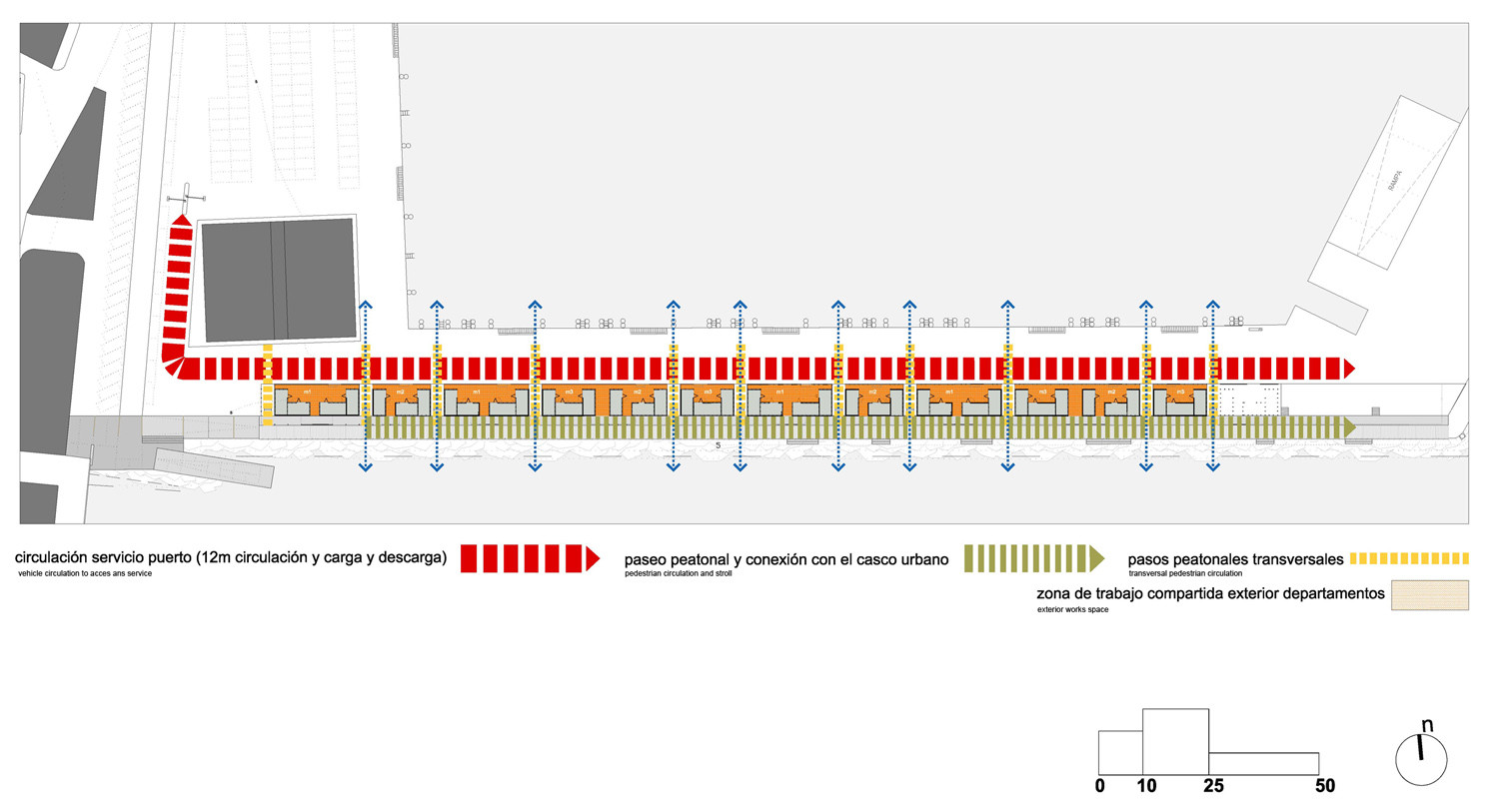 Departments are gathered in series of three or four, generating also an adjacent place for services and outdoors work, so that it doesn´t generate conflicts with the typical dock flows, and promotes the idea of public collective building that already has.
Between them there are transverse steps which get to the edge of the dock where citizens activities go on in a city linked to the port, fishing afternoons, a walk, a yacht race departure…in a place that orders and fits out the building itself. 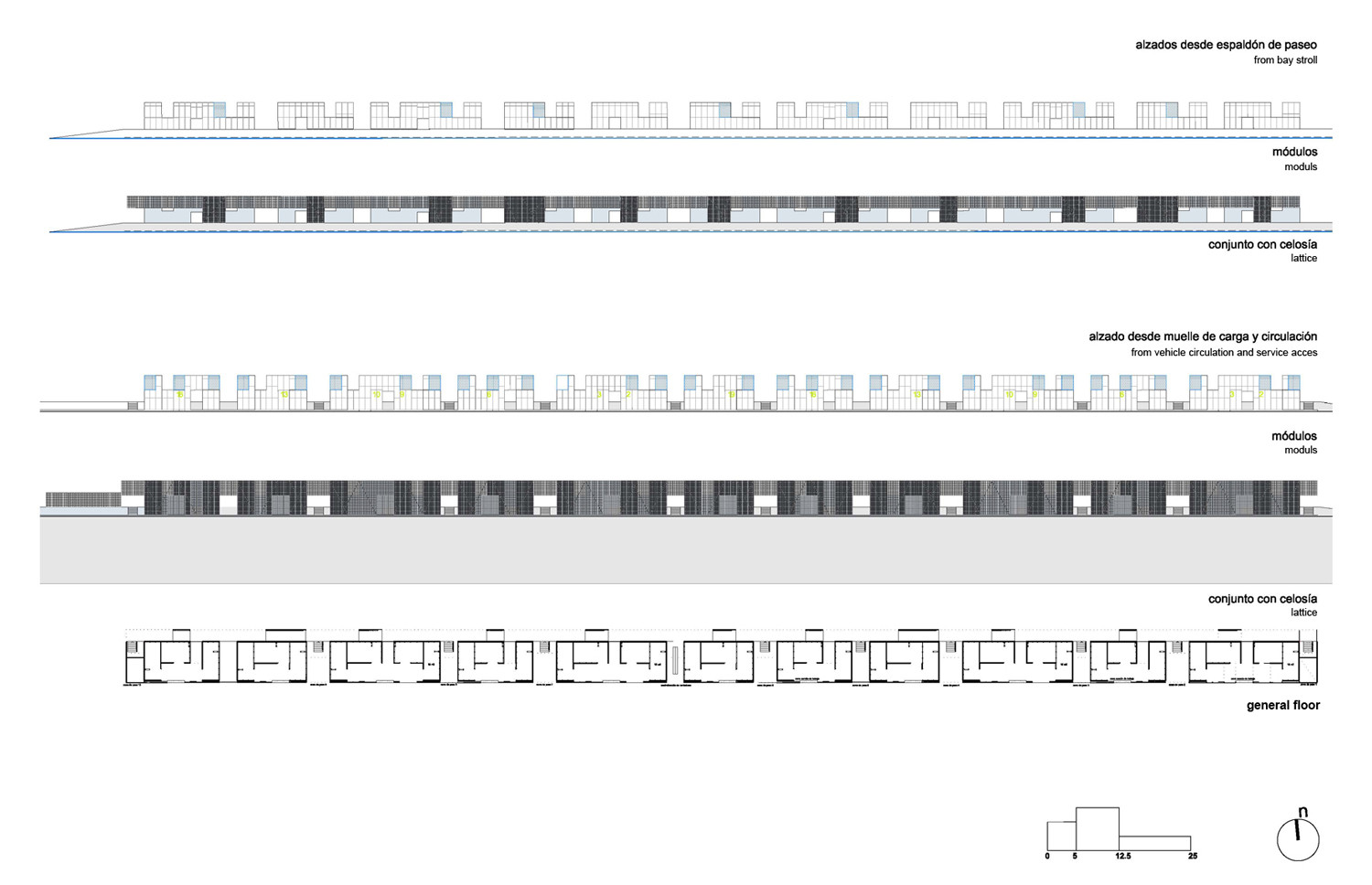 A building made of galvanized steel, evoking shipbuildings, providing the necessary flexibility during its construction and maximum reuse of the material its build of.
Tube structure which defines the volumes and modulates closing sheet metal to support them. Lattice in different degrees of density to achieve the building as a unit.
The sheets of front (2000x1000x10) are prepared by L profiles welded, so that they could be hung on the omegas fixed to the structure and in addition they avoid possible deformations in the process of galvanization.
The cover formed also by sheets on U profiles that allow the water evacuation by means of small gargoyles. 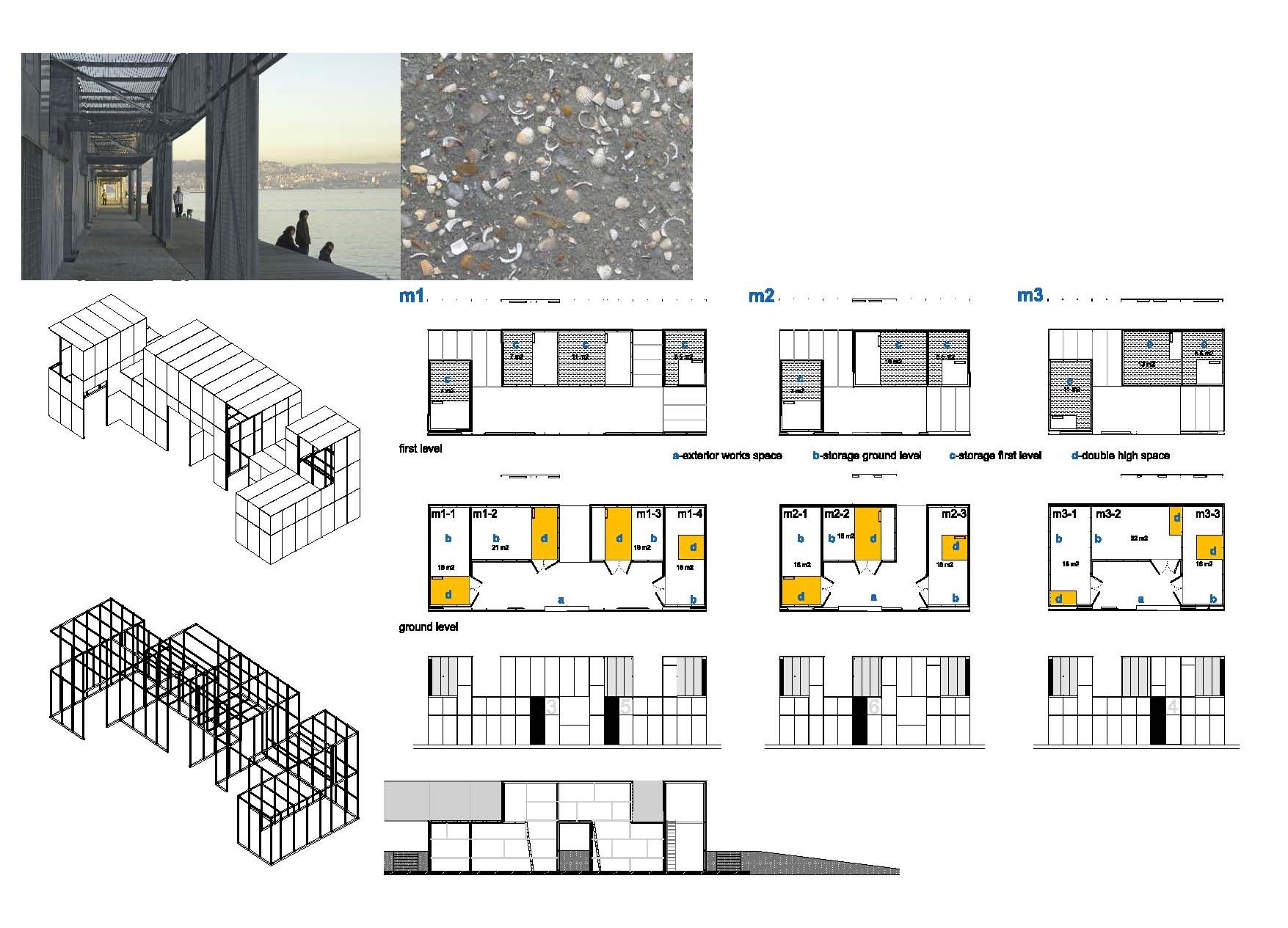 To form the lattice panels have been used electro-weld grid formed by platens of 30×10 have and 40×10, depending on the saved light, with changeable of 60 and 102 (measures of standard manufacture) in order to obtain diverse graduations of transparency to the set.
The thought about how to achieve this walking area on the dock, made us build a concrete whose dry were mainly sea shells from the canning industries,as the surrounding docks bed.In a way,give shape and consolidate beach sediments.
© Manuel Gonzalez Vicente 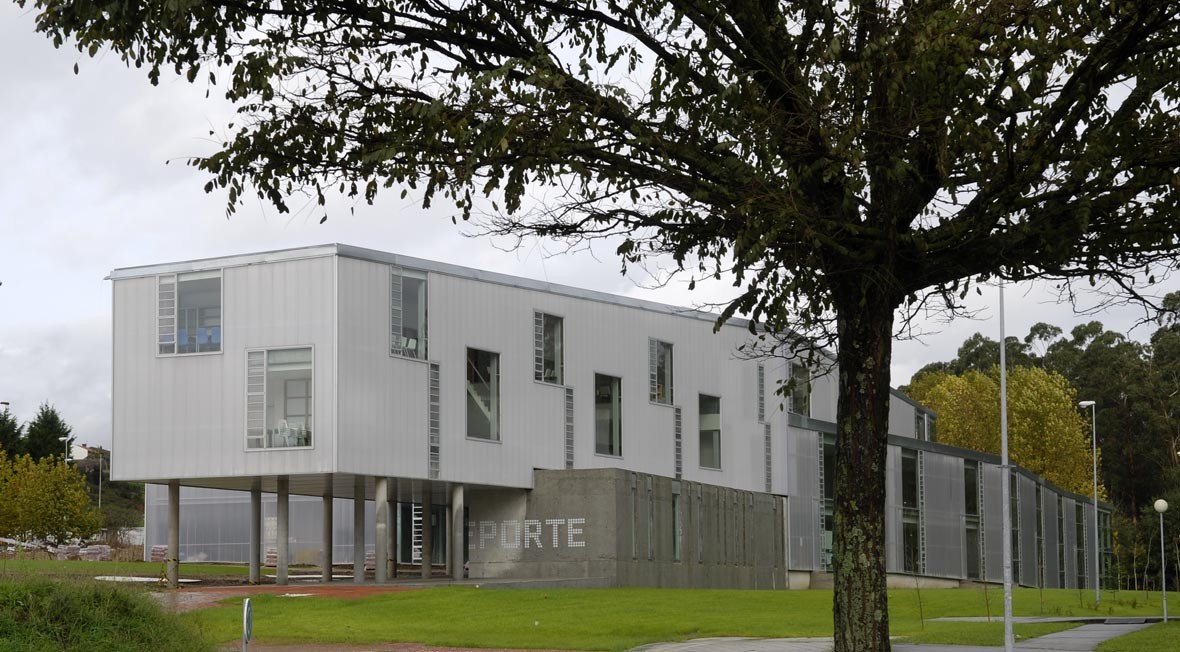 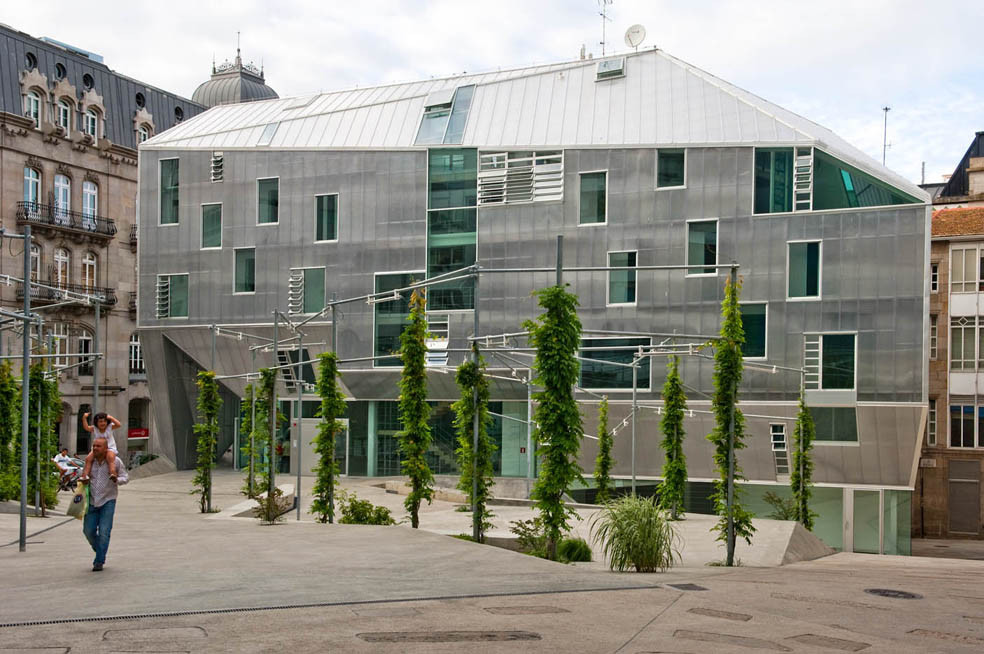 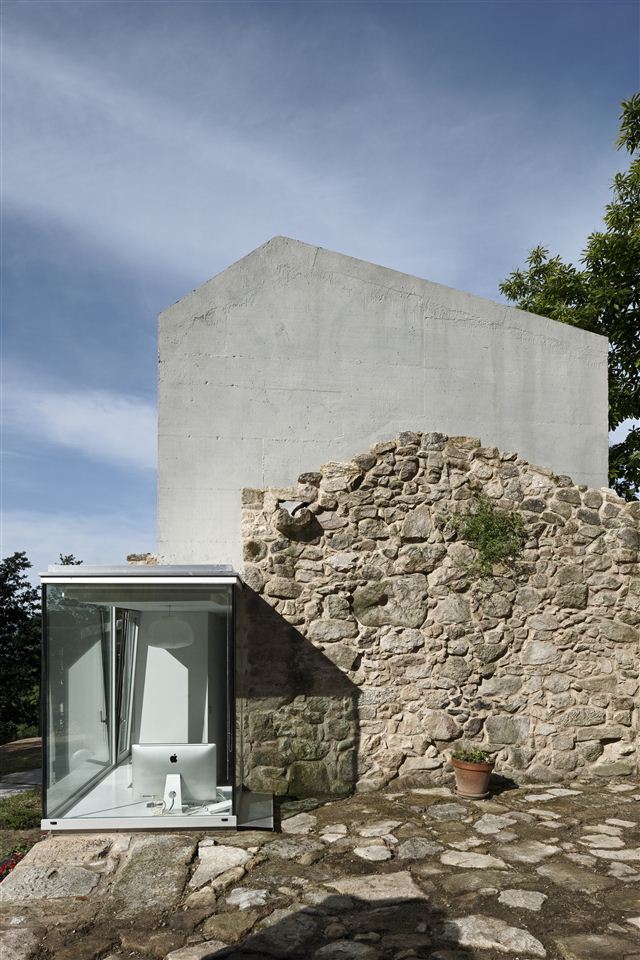 House in Tebra Wandering, live, capturing moments. A series of pre-existing structures, the…

The light fishermen warehouses in the port of Cangas, Pontevedra, Spain.