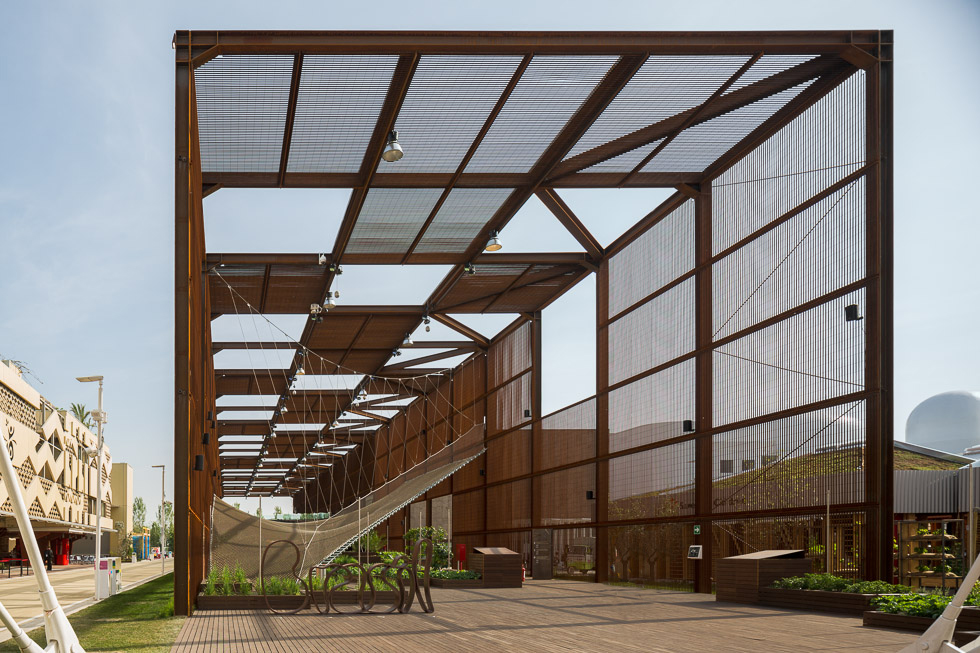 The Brazilian pavilion in Expo Milan 2015 was selected by a national competition held in 2014. It is the result of the synergy between professionals from different backgrounds that, together, aimed to create a proposal able to transcend the barriers between architecture, scenography, event and content, in order to transmit a contemporary image of our country according to the theme ‘Brazil: feeding the world with solutions’. Studio Arthur Casas and Atelier Marko Brajovic, in collaboration with curators Eduardo Biz and Rony Rodrigues, and local Italian office Mosae, intensely worked throughout 2014 and 2015 to turn into reality the laureate project. 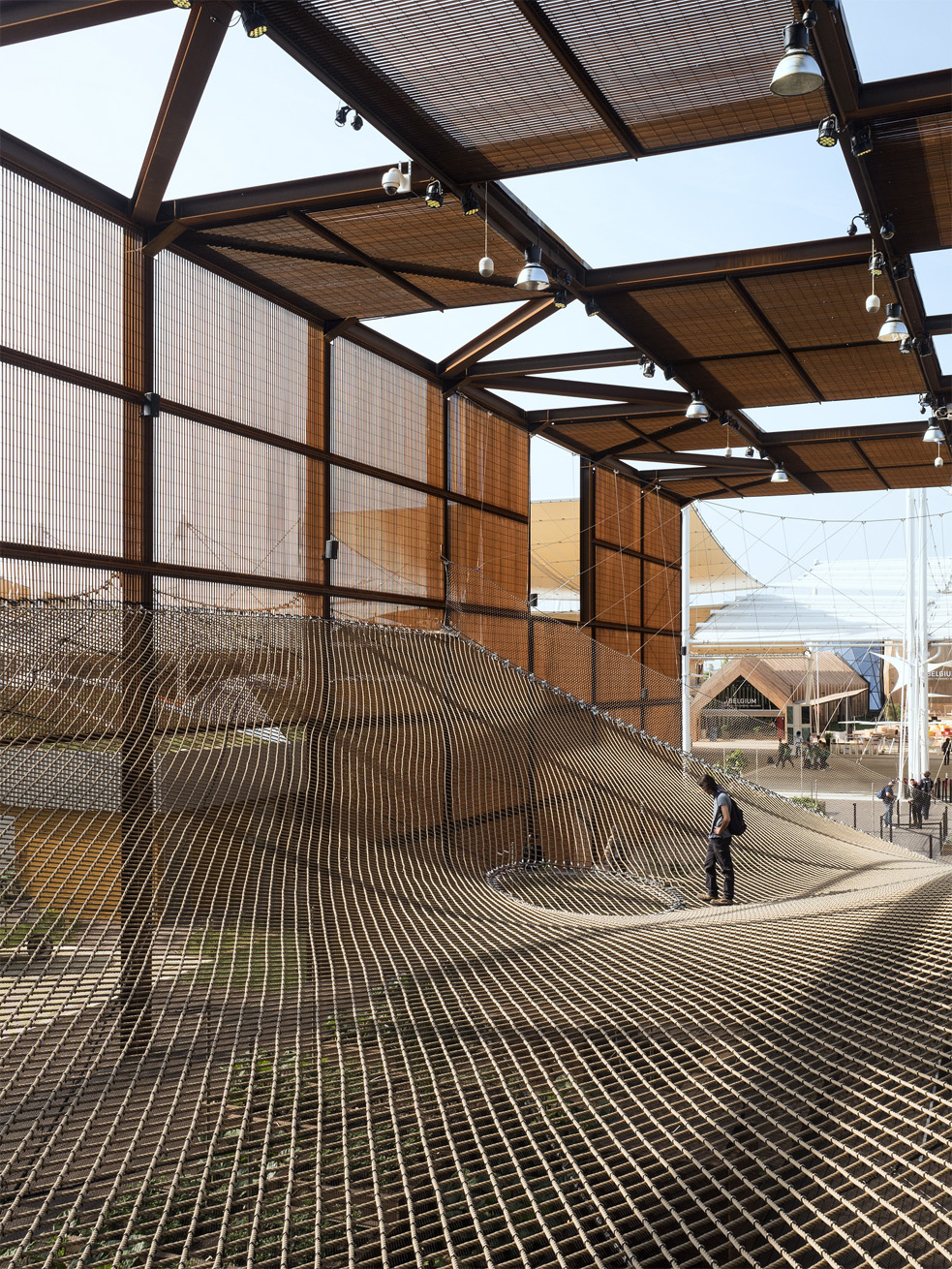 The challenge presented by Apex-Brazil, a government agency, consisted of proposing an innovative approach that should correspond to the perception of our country as a leading farming industrial power. World expos are traditional forums for dialogue among peoples, bequeathing timeless icons, such as the Eiffel Tower, and relevant debates concerning international cooperation in the most diverse domains. The event that takes place in Milan in 2015 is particularly relevant, not only due to the crucial theme of nutrition, but also for dealing with urban heritage and the future consequences of the program of the Expo itself. What represents a meeting place for 21st century societies? How to measure its impacts? Which longstanding message can it provide? One of the basic demands of the competition held in Brazil to choose the project was to respond to sustainable development in all of its dimensions, transforming it into the basis of an immersive experience that blends building and content. 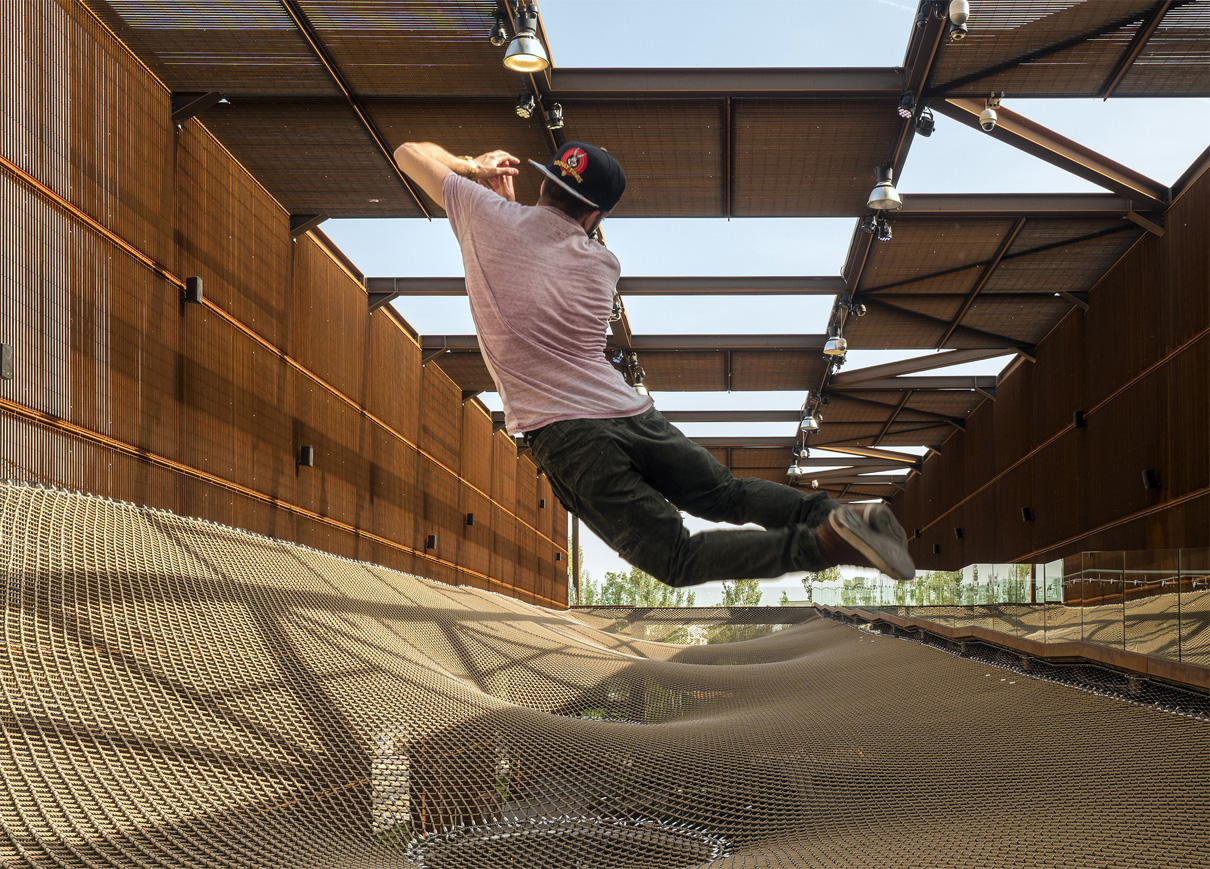 The symbol that summarizes this project is the idea of a network, which represents horizontality through the distribution of elements capable of producing synergy for collective questioning and solutions. If, on one hand, Brazil is recognized as a food industry power, on the other, technological advances produced by our companies and institutions remain relatively ignored worldwide. We have to showcase the reality of our country, which faces the challenges of developing its economy and preserving its natural resources, sometimes in a contradictory fashion, but mostly through constructive solutions, creating a paragon tantamount to the net, with its variable relations, mutant shapes and resilient forces. 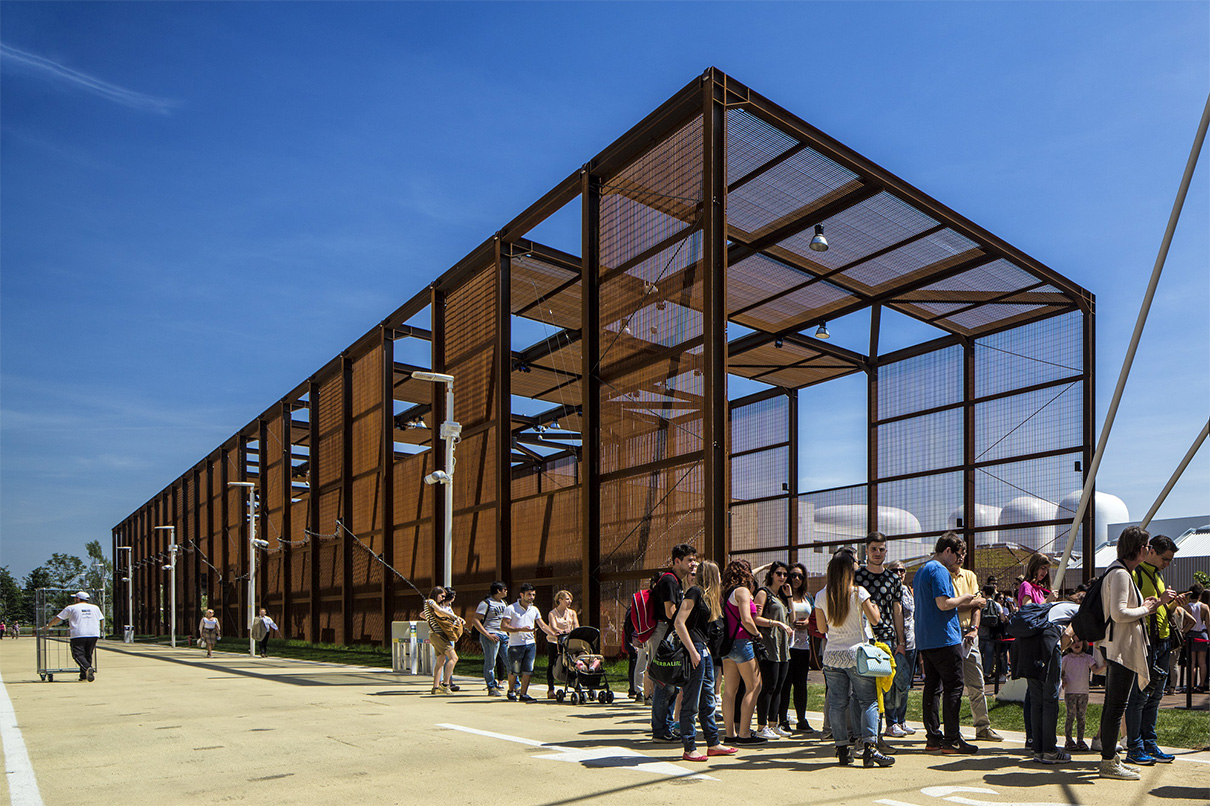 One of the parameters that guided the concepts that inspired our project submission stemmed from a study by Box1824, a marketing company, which analyses the perception of Brazil from the viewpoint of various cultures (England, Germany, France, China, India, Colombia and New Zealand). To work with the concept of alterity seemed to be a key element to deconstruct stereotypes and to awaken curious reactions to our complex Brazilian reality, both inwards and outwards. This study pointed for basic aspirations related to our country: Empire of Colors, Creative Fusion, Natural Wisdom and Human Power. 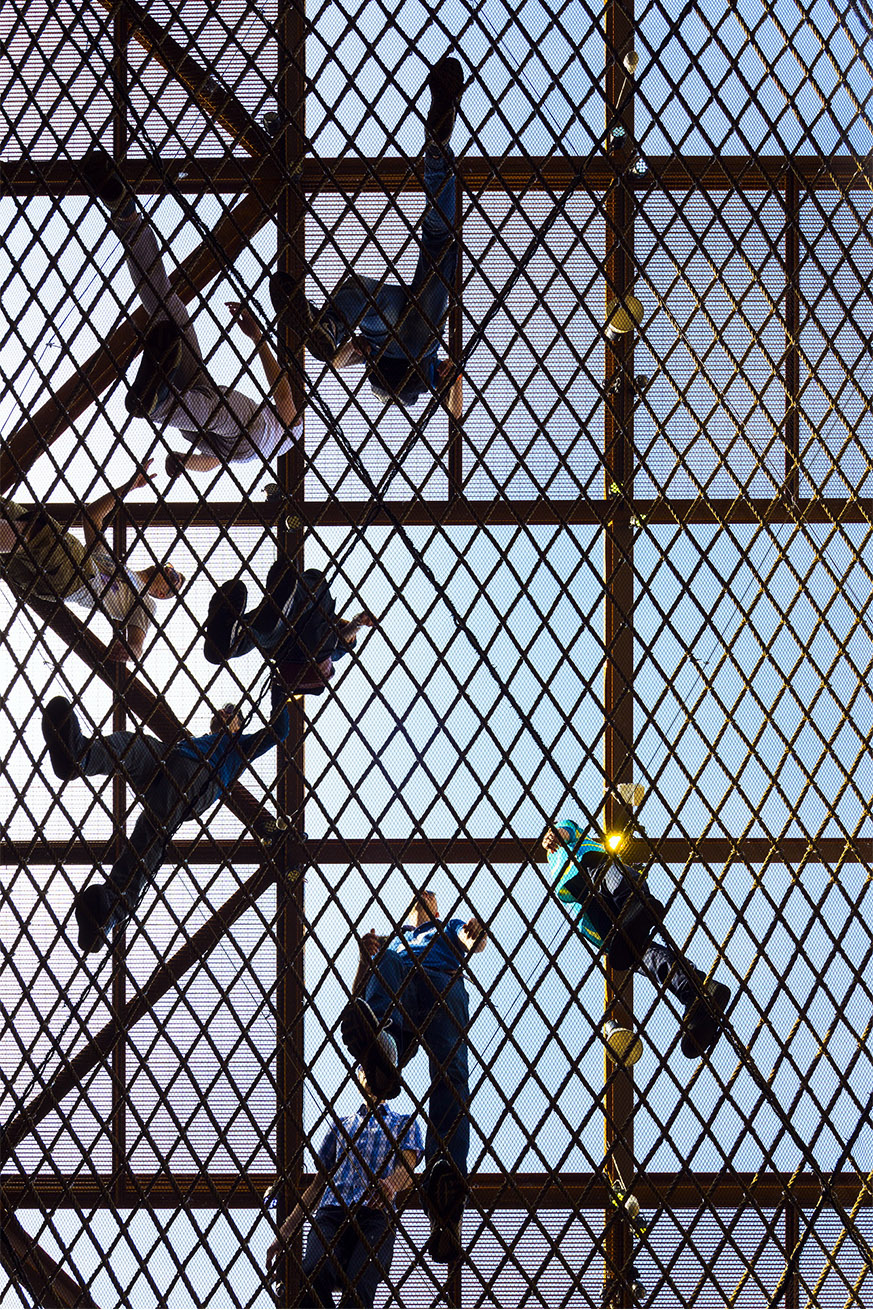 Even though these aspirations are extensive, they all evoke the relations between men and nature, and point towards possible paths for understanding values that forge our national identity. Joy and authenticity; experimentation and creative freedom; knowledge of biodiversity and native heritage; social inclusion and human relations: these are some of the references that shaped our pavilion in Milan. 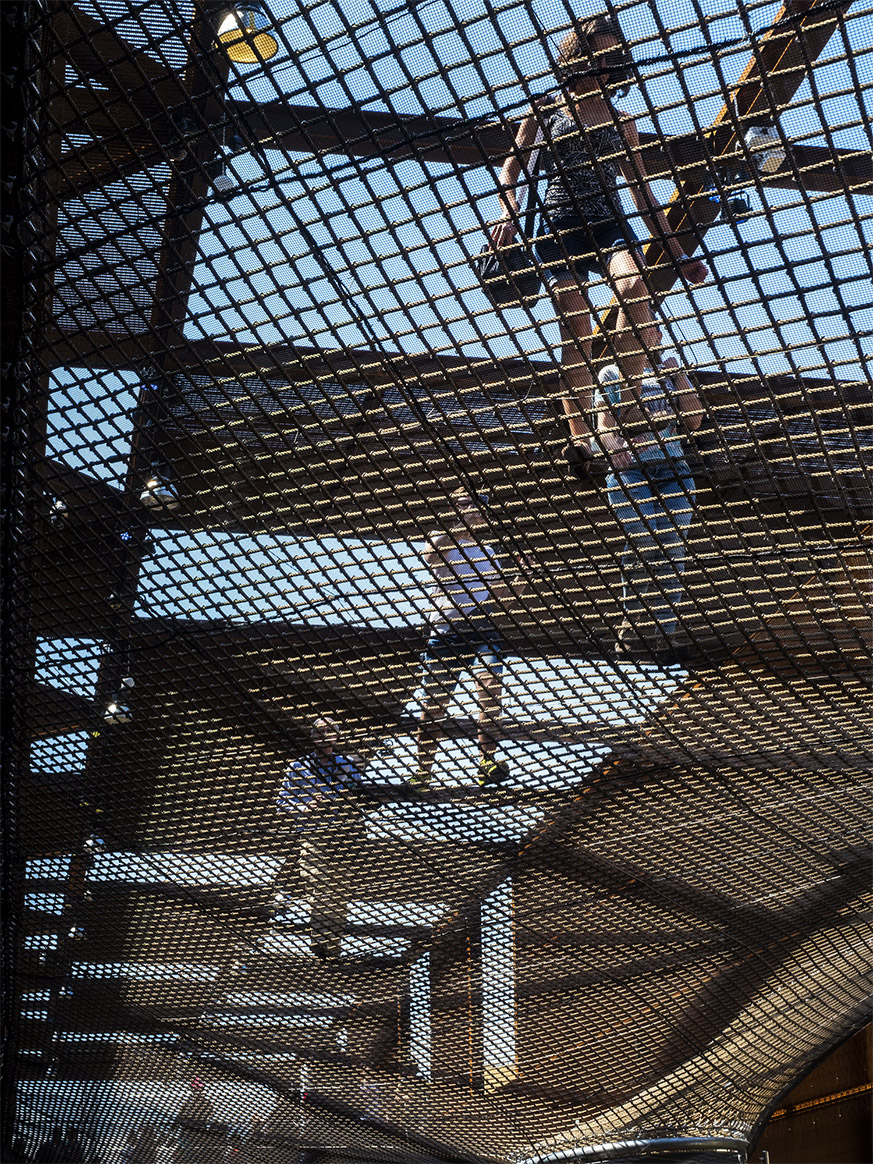 If agriculture is probably the most important human activity to show the interdependence between mankind and nature, it would be impossible to present it in an autonomous fashion in Expo 2015. Thus all the references we use seek openness, permeability and fluidity to transform the theme of the farming industry into a catalyst for broad experiences within a cultural universe in constant development. 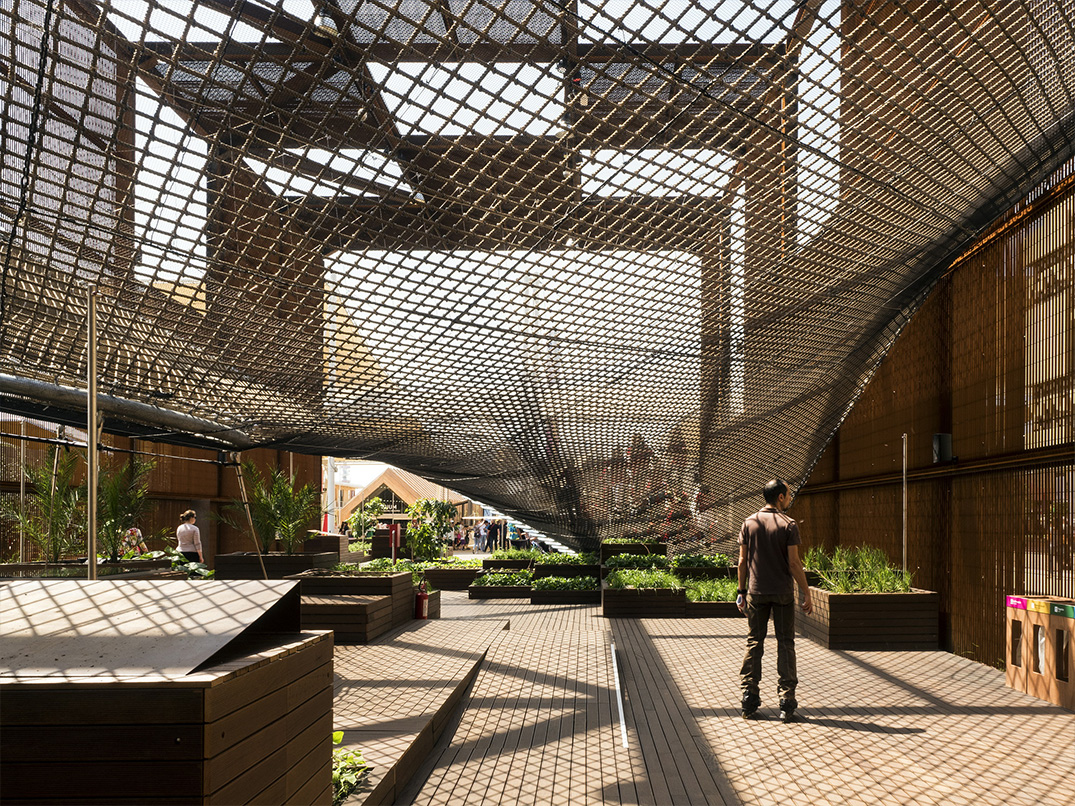 The pavilion is composed of three primary elements: a protected plaza, a large net with an organic shape and a multipurpose building. These elements are all intertwined and there are no clear boundaries between them, on the contrary, they form a holistic path that presents several possibilities to visitors, from those who will spend a few minutes in the pavilion to those that plan staying for hours. The general project of the Expo, directed by Stefano Boeri and Jacques Herzog, aimed from the start to avoid the creation of mere iconic objects, competing for public attention. The large axis protected by tensile structures favors spontaneous invitations. It inspired us to create a space for breathing and relaxing in a generous plaza, establishing an important dialogue with the rest of the event. 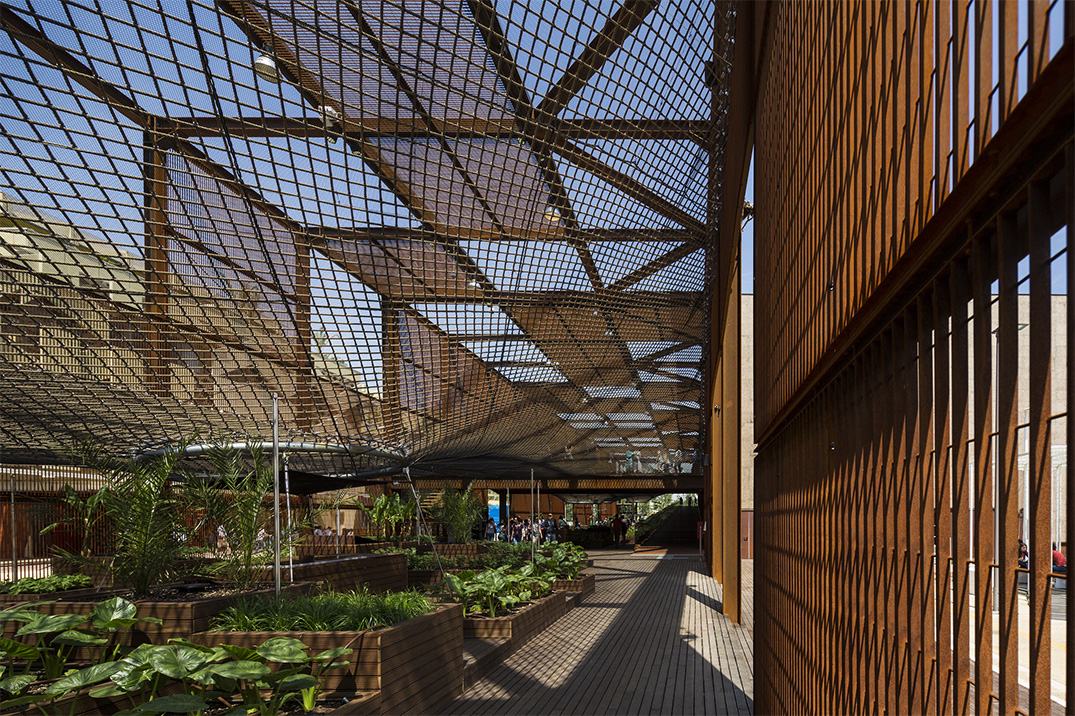 The large metal structure painted in earthly tones, like our iron filled soil, transmits this generous invitation for shelter and reunion. Fifty-one years ago, in the same city of Milan, during the third Triennale, architect Lúcio Costa asked Italians to go see his “Riposatevi!” (Rest!) pavilion, with hammocks scattered in the space for people to lie down, relax and enjoy their time. Today, a huge net makes the same invitation and aims to present a 21st century Brazil. Underneath the metal grids that play with the sunlight and protect as a pergola, framing the Milanese landscape, a path takes the shape of a sinuous river, inspired by the curves of the Amazon. We wanted to show a message that may seem irreconcilable for many: agriculture and nature conservation can harmoniously coexist. Brazil has achieved dramatic results in tackling deforestation; it has explored new ways for its people to live together with the forest, so it can generate value without harming its ecosystems; above all, our country has increased productivity in lands already cultivated through an intense use of high technology. How many people know that Brazil only uses 30% of its arable lands and that it doubled its medium productivity per acre in twenty years? In this sinuous path we showcase several plants that translate the technological achievements of companies such as EMBRAPA. 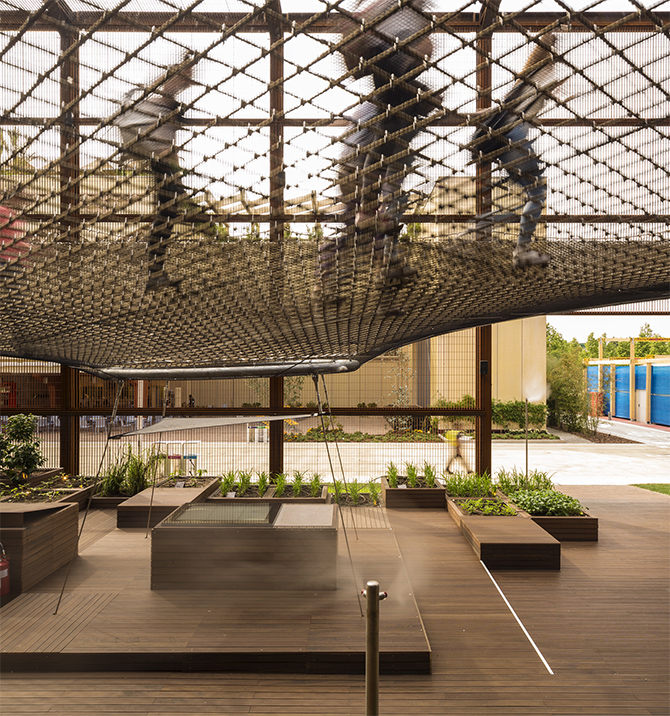 The main themes of our research were turned into clusters that deal with different domains of the food industry. Boxes were distributed along a 125cm x 125cm grid, with heights that vary from 20 to 100 cm, containing several species, organized according to ideas such as nutrition, family agriculture, forestry and integration between agriculture and livestock farming. This Cartesian grid plays with organic landscapes, in a game of superposition and dialogue between the hand of man and the forces of nature. While walking through this path, visitors will find interactive tables and see how the net takes part in this fluid demarcation between themes. 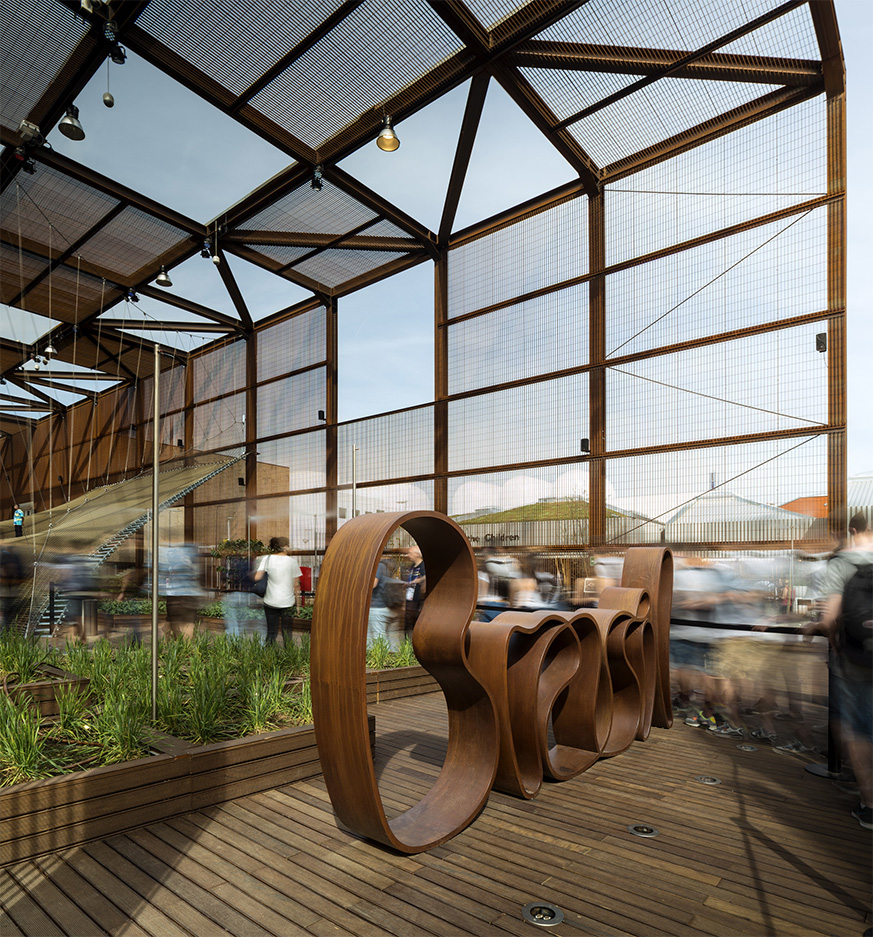 The net starts on the ground and climbs two floors, in one single playful gesture, capable of condensing several symbols together, such as the meeting of peoples and interdependence of ecosystems. It will become an interactive music instrument, with a soundtrack, composed by musician Livio Tragtenberg, which adapts to the number of people and their movement above it. Capable of supporting up to a thousand people at the same time, it will create unpredicted perspectives of the pavilion, stimulating visitors to forge new perspectives on our culture. The simplicity of its shape conceals very complex structural calculus and adaptations to European fire norms. Next to the net, several runways connect the three floors and invite visitors to walk around the pavilion without imposing a pre-established path. 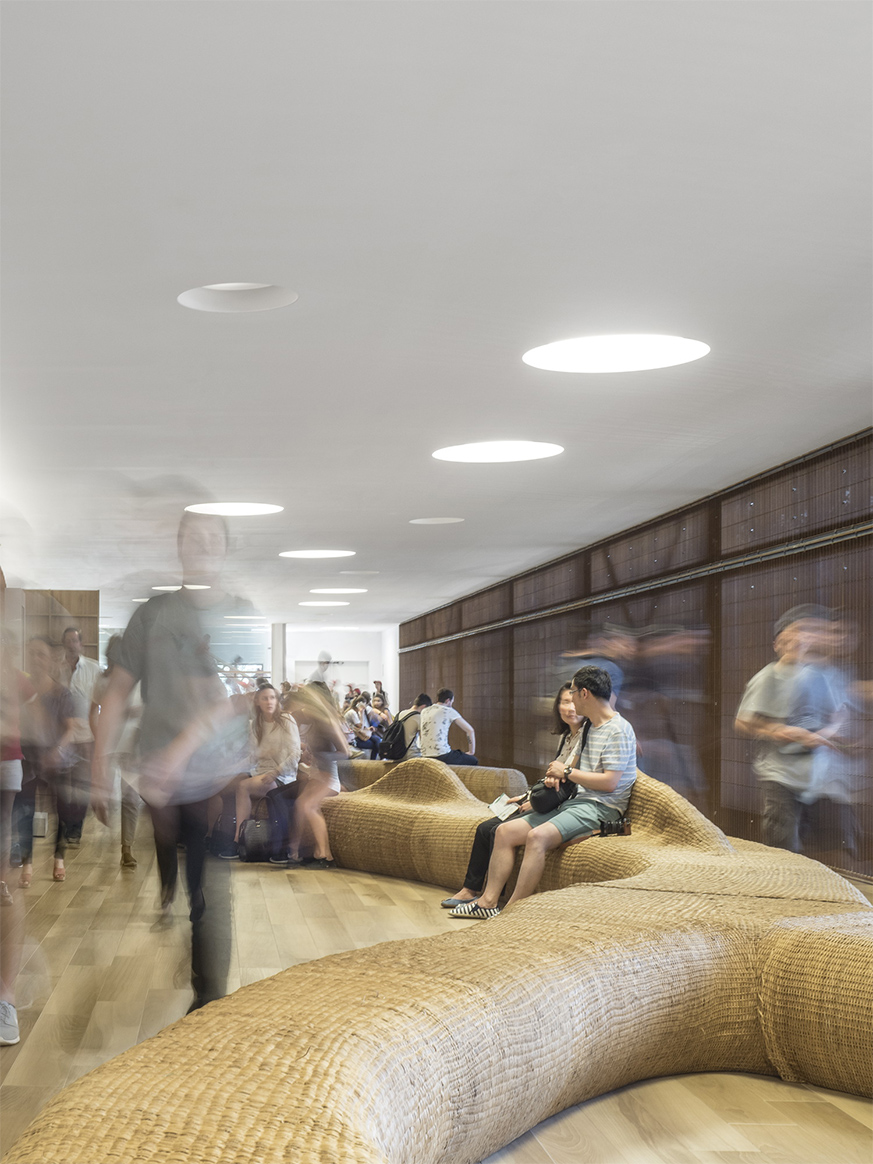 The multipurpose building is covered in cork, combining with the earthly tones of the structure, and hosts several activities. It is bounded with the external areas, in a relation of permanent porosity via the walkways and ramps that come in and out, blending different paths. On the ground floor, an auditorium was created, separated from the foyer by a large wooden wall made of shelves that will showcase Brazilian craft. This foyer is highlighted by a work of the Campana brothers: three organic benches made of reed create sinuous seats for the café, inviting people to rest in a space that would otherwise be used just as a corridor. A pop-up store will trade objects related with Brazil and the Expo theme, it opens up to a small square in the corner of the plot, conceived as a resting area and support for art installations. 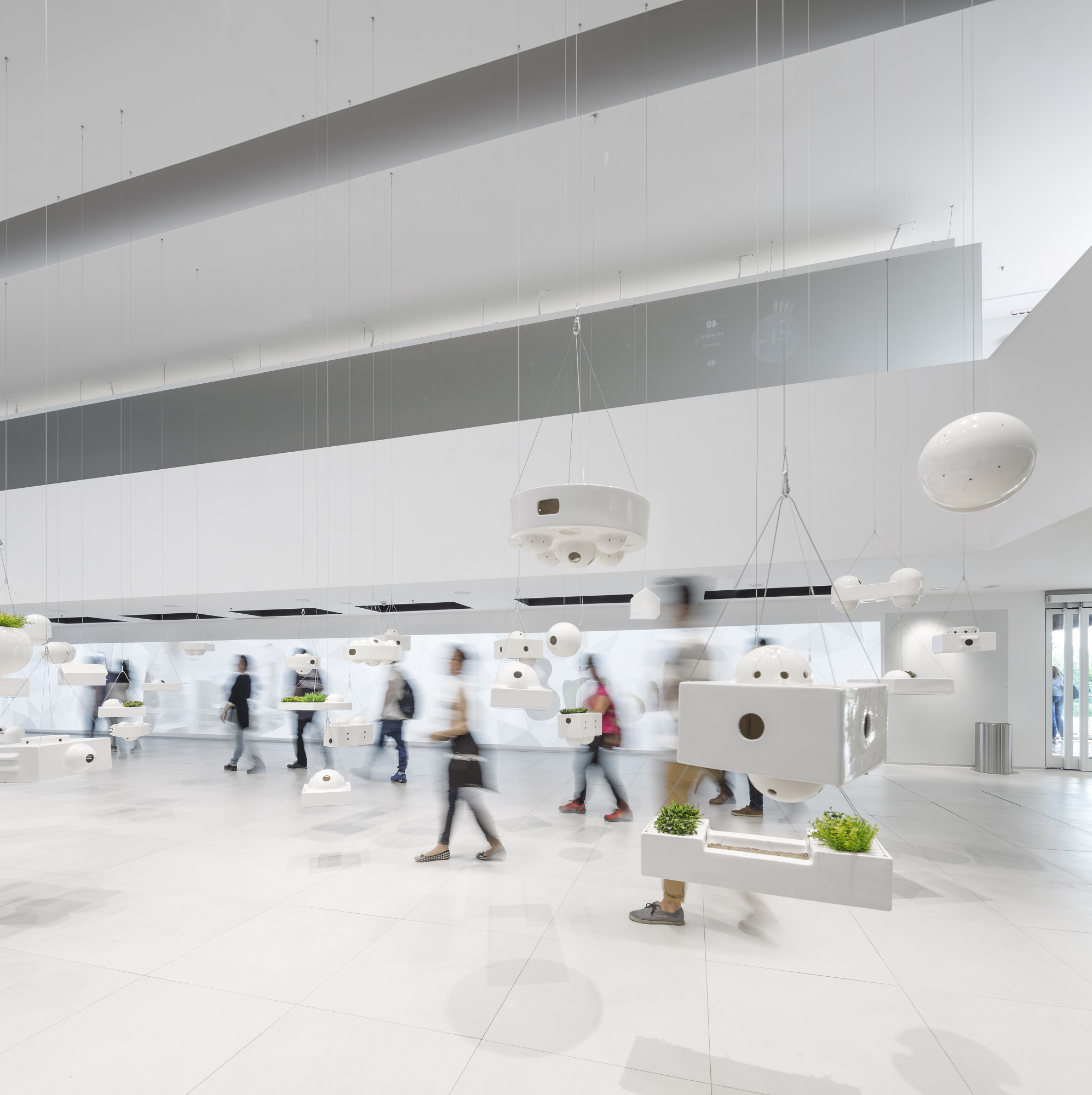 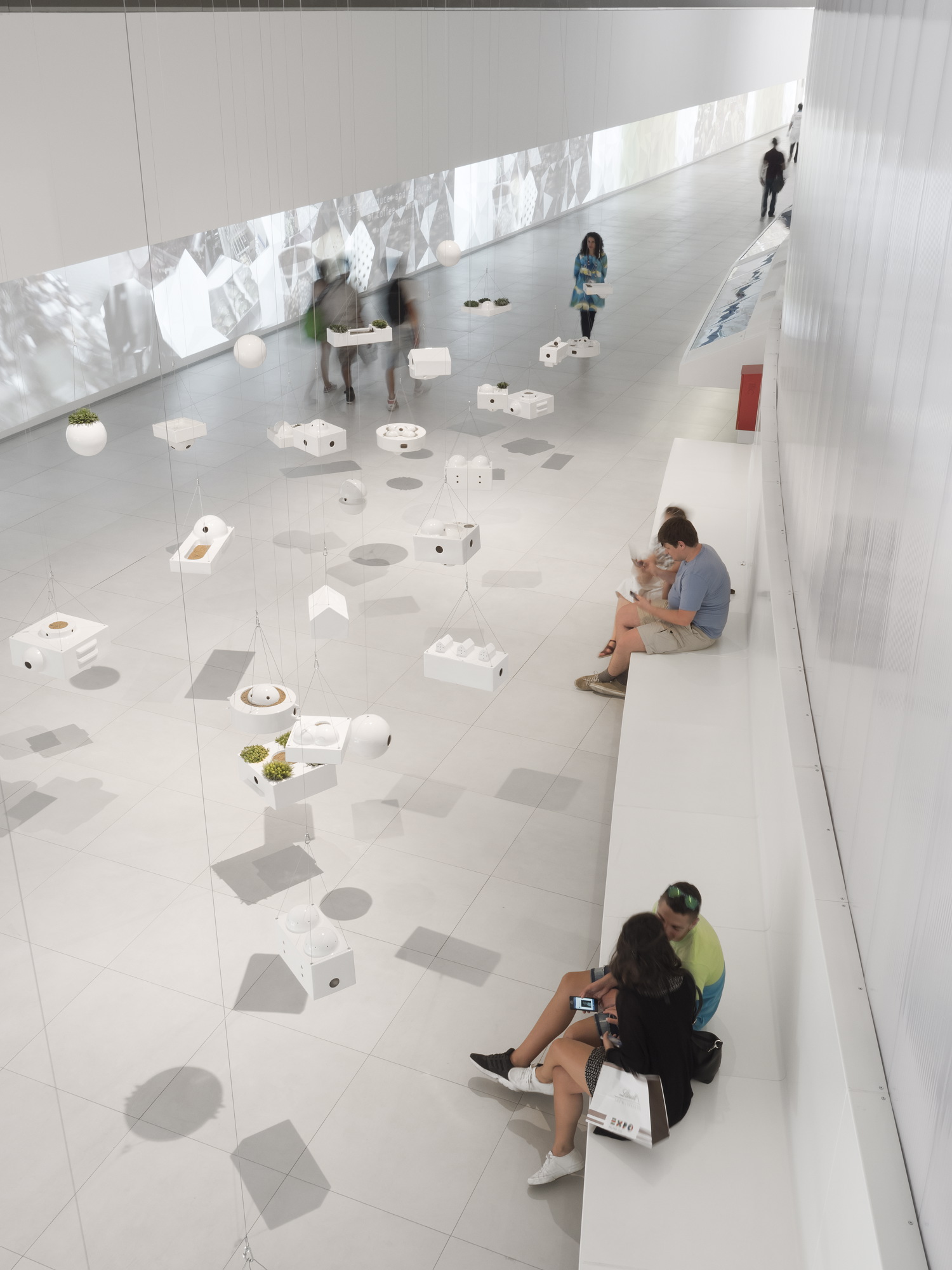 The second floor hosts the interactive gallery, bathed in natural sunlight through a curved wall made of transparent material. An installation by Laerte Ramos, made of small ceramic birdhouses, will be suspended by cables, questioning our way of occupying space and relating to nature. Screens, tables and sensors are used as digital support to show the exhibition content that approaches sustainability, agriculture and culture, demanding active participation of visitors. It blends high technology and delicate artworks such as the tiny sculptures made by artist Nazareno. The aim is to demonstrate that food is intertwined with Brazilian society, showcasing the complex superposition of layers of art, technology and culture over agriculture and livestock farming. 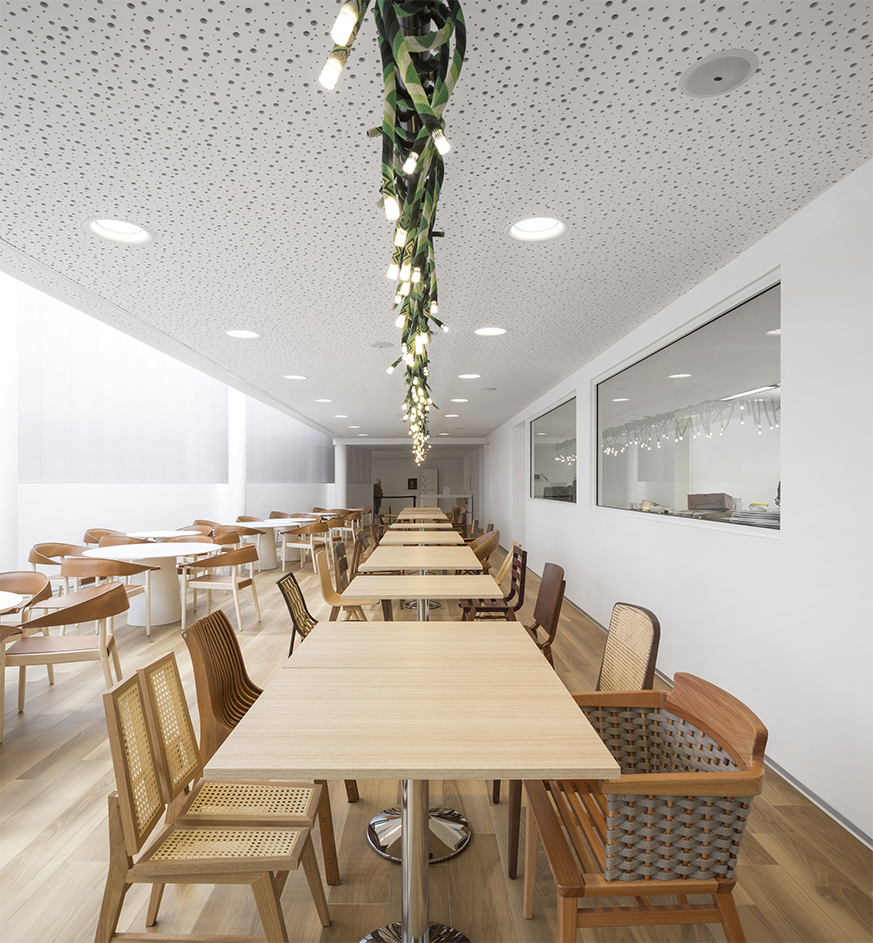 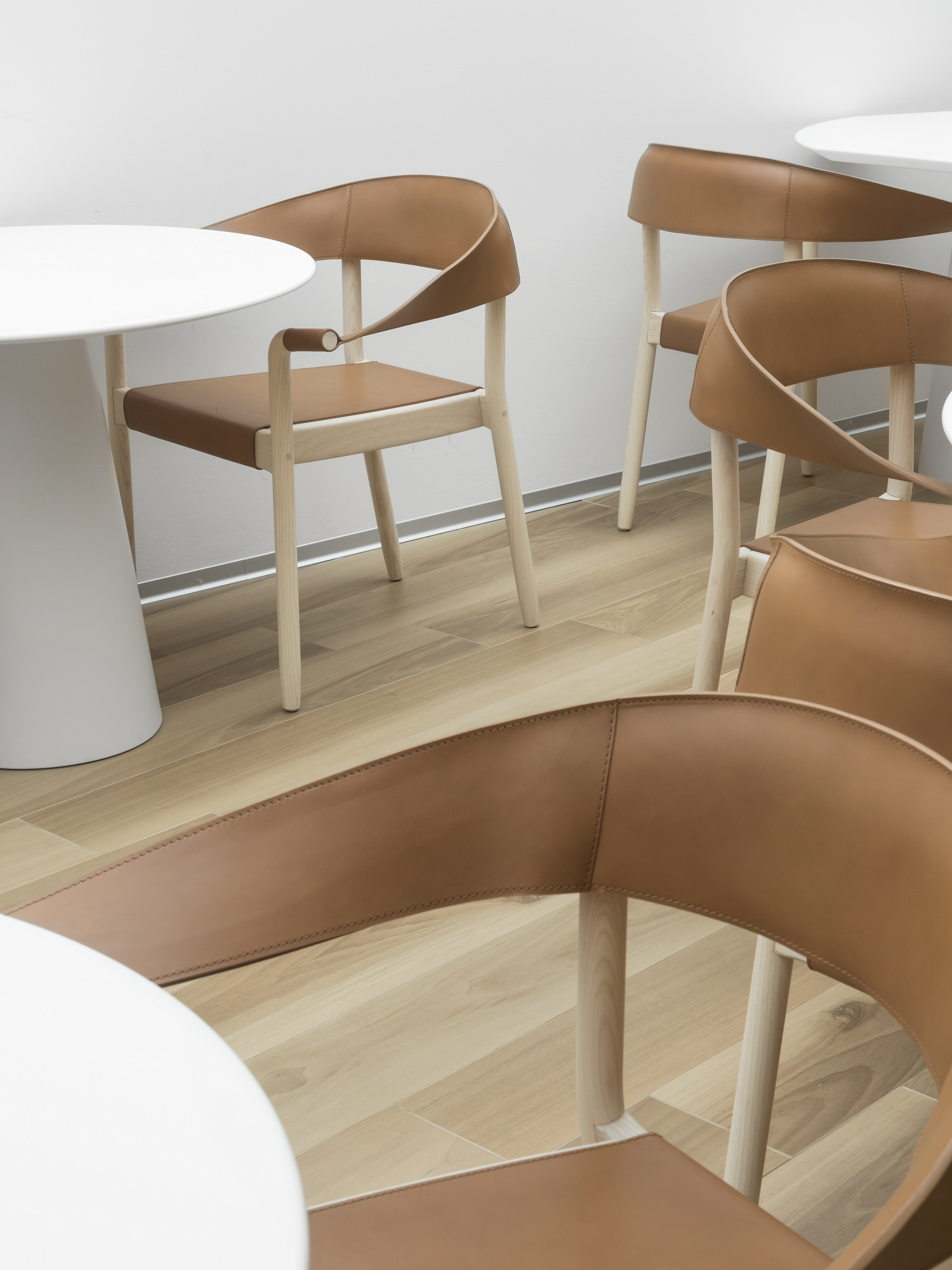 On the same floor, the restaurant will not only showcase Brazilian cuisine, but also will be used as a gallery for exhibiting Brazilian design. It will feature a large communal table made of separate modules, sided by 40 chairs designed by different creators, including masters such as Joaquim Tenreiro and Sérgio Rodrigues, and upcoming names . Above the table, a lamp made with glass beads by the Yamanawa Indian tribe will color the space and accentuate its horizontality. We tried to integrate all the scales of the project, in collaboration with Italian brand Poliform, Studio Arthur Casas designed two chairs, named Lampião and Maria Bonita, and tables that will be featured both in the restaurant and in the foyer café. It is a way to recreate the atmosphere of our country through small details, such as objects, fabrics and materials that make reference to our way of life, and by blending it with the large panorama that transmits Brazilian people’s generosity and joyful spirit. 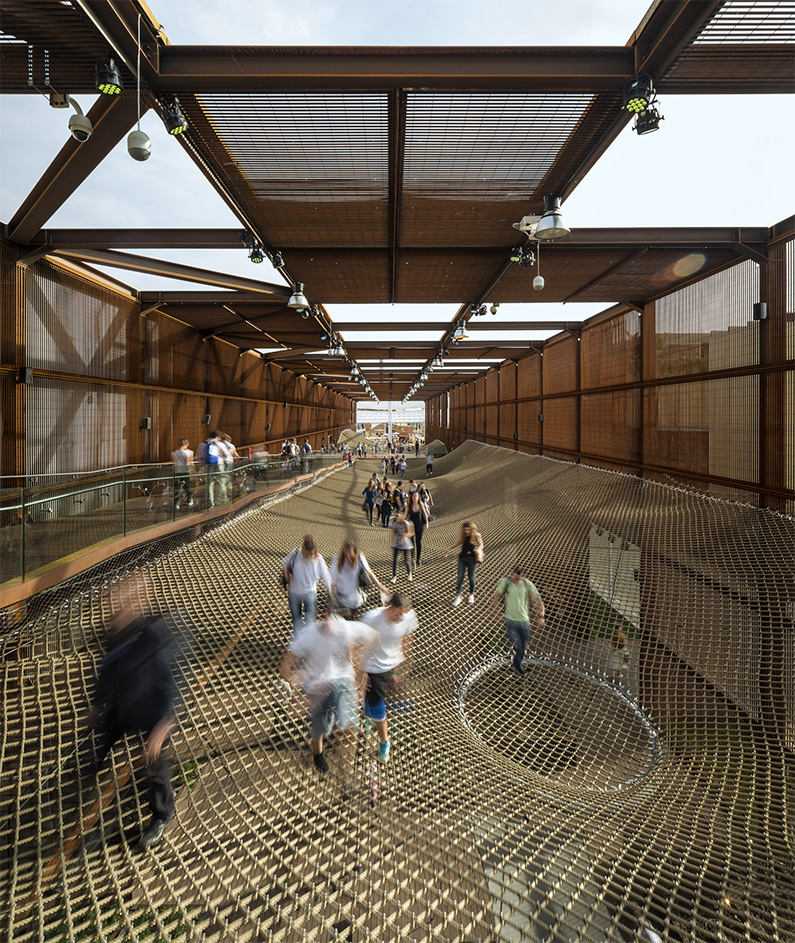 Finally, the third floor will have a large corridor in the mezzanine above the gallery, with a single transparent screen floating next to the double-height space, showing content according to visitors movements. The rest of the floor will be occupied by offices and closed event areas, such as the ones scheduled to take place in a lounge above the restaurant. 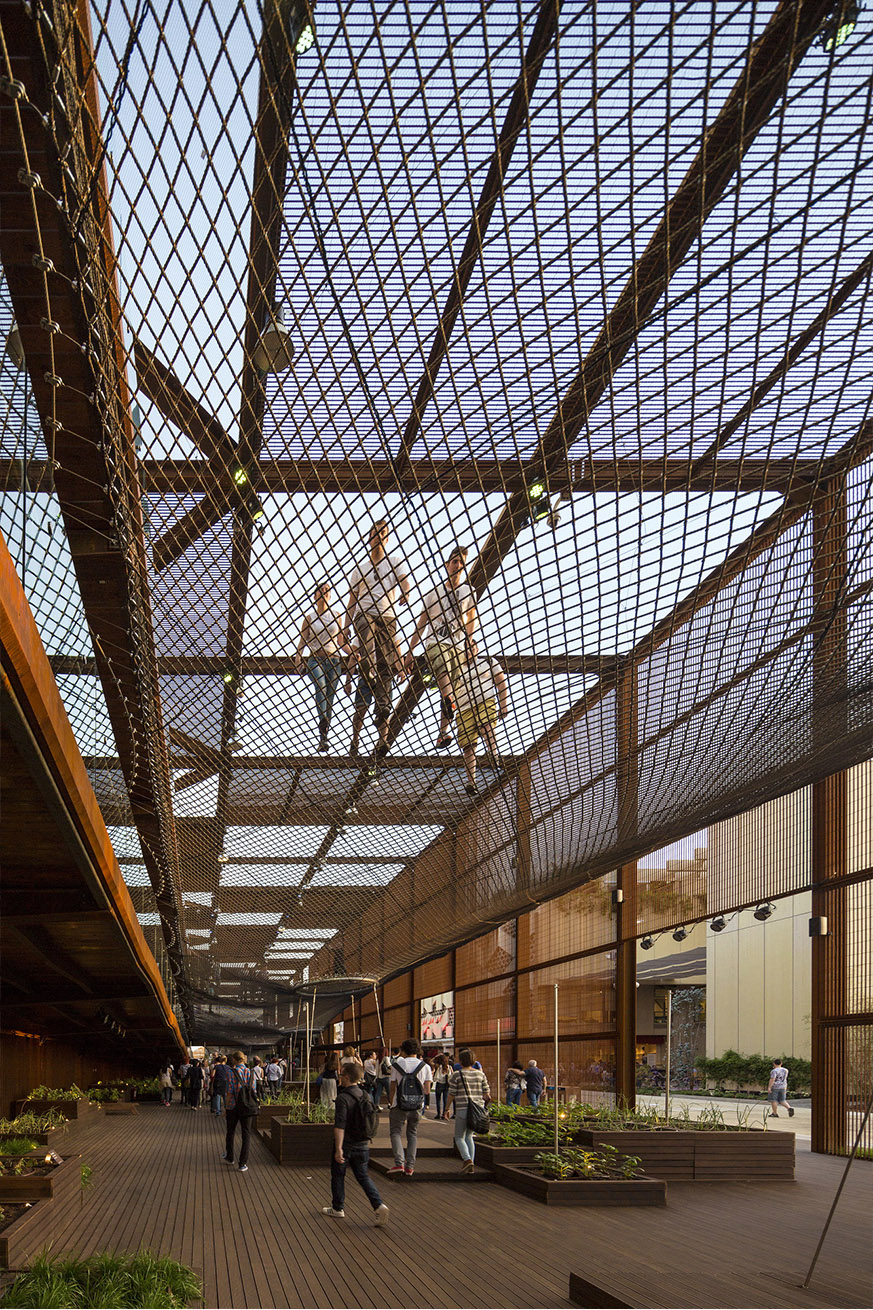 The structure will be easily disassembled, as it is made of metal modules that allow recycling. All the furniture will be donated to the city of Milan after the event. Rainwater will be stored and reused in the pavilion, as well as energy efficient equipment was installed to achieve minimum carbon print throughout the 6 month period of the Expo. 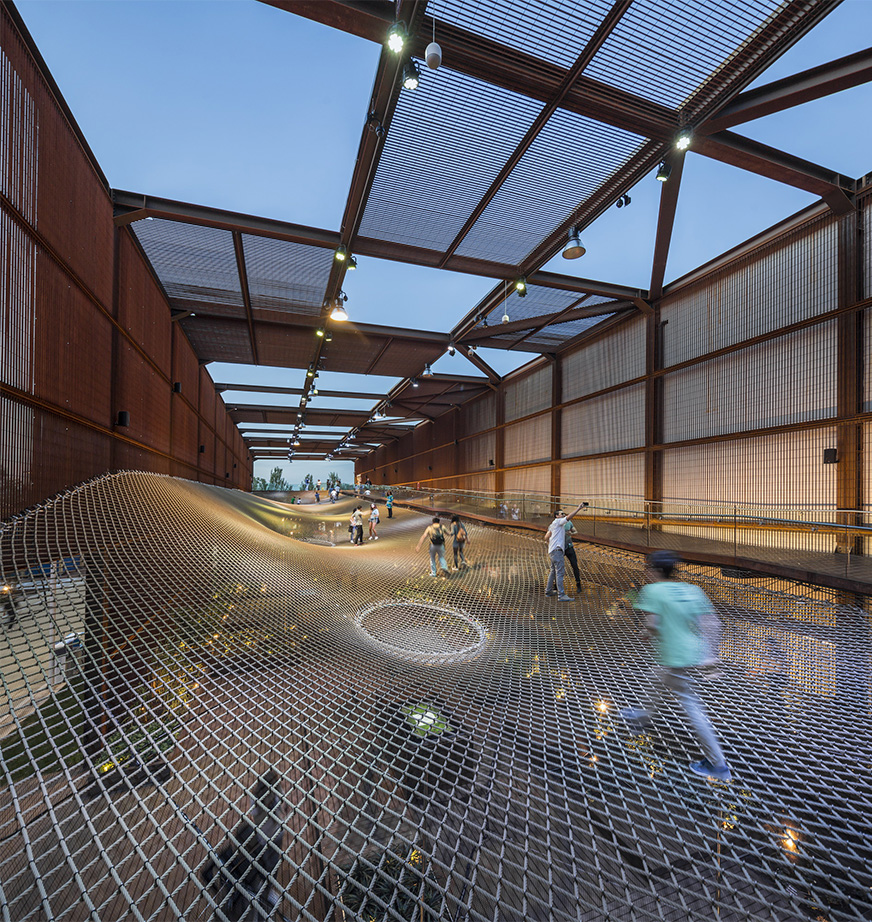 The Brazilian pavilion in Expo Milan 2015 aims to bring new elements to the traditional attendance of the country to this type of event. Looking at the future, it aims to demonstrate that Brazil achieved excellence in crucial areas for mankind, such as agriculture and livestock farming, in a permanent movement to create new paradigms for the way our society relates to the environment, a symbiotic transformation, capable of tracing new strategies for our country. More than trying to stand out among so many nations, the Brazilian pavilion translates the desire for inspiring curiosity towards our territory and people to engender new relations that take place beyond the period of the event. It should demonstrate that it is possible to transform into reality utopian ideas and to inspire solutions that follow the Expo theme: Feeding the planet, energy for life. 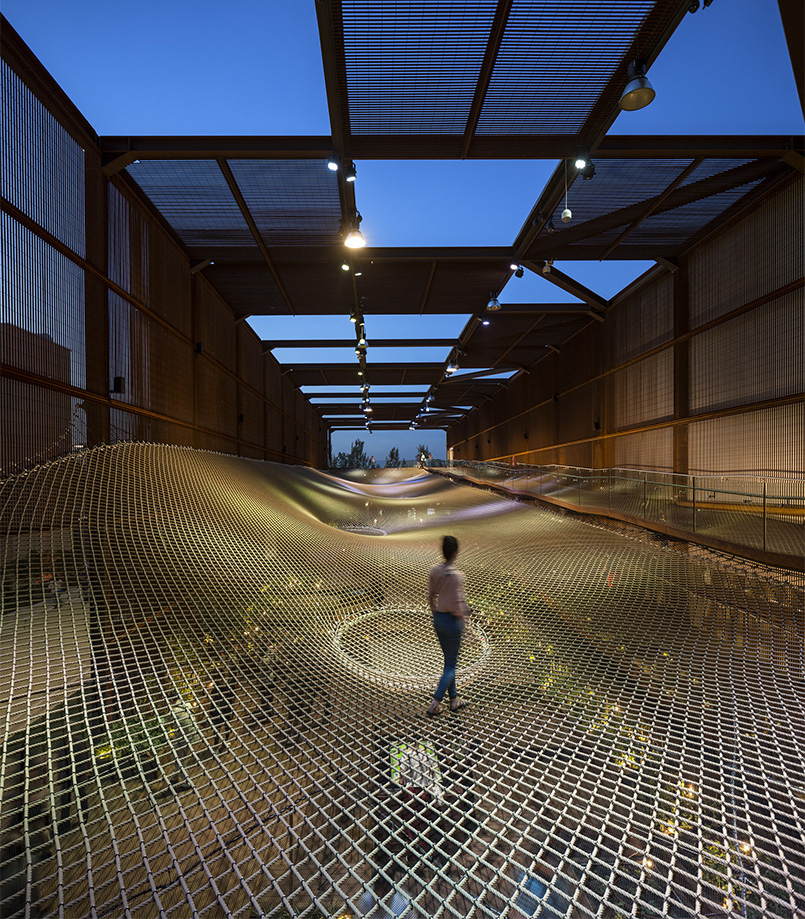 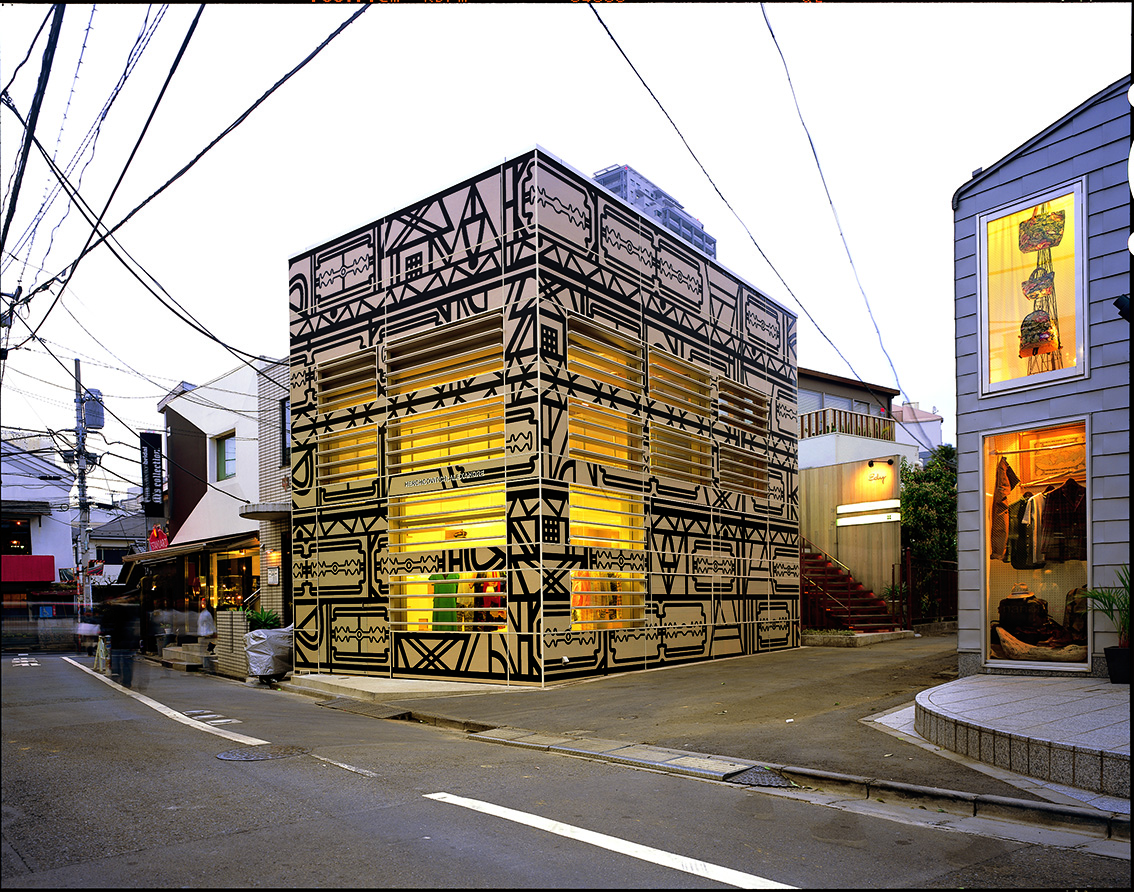 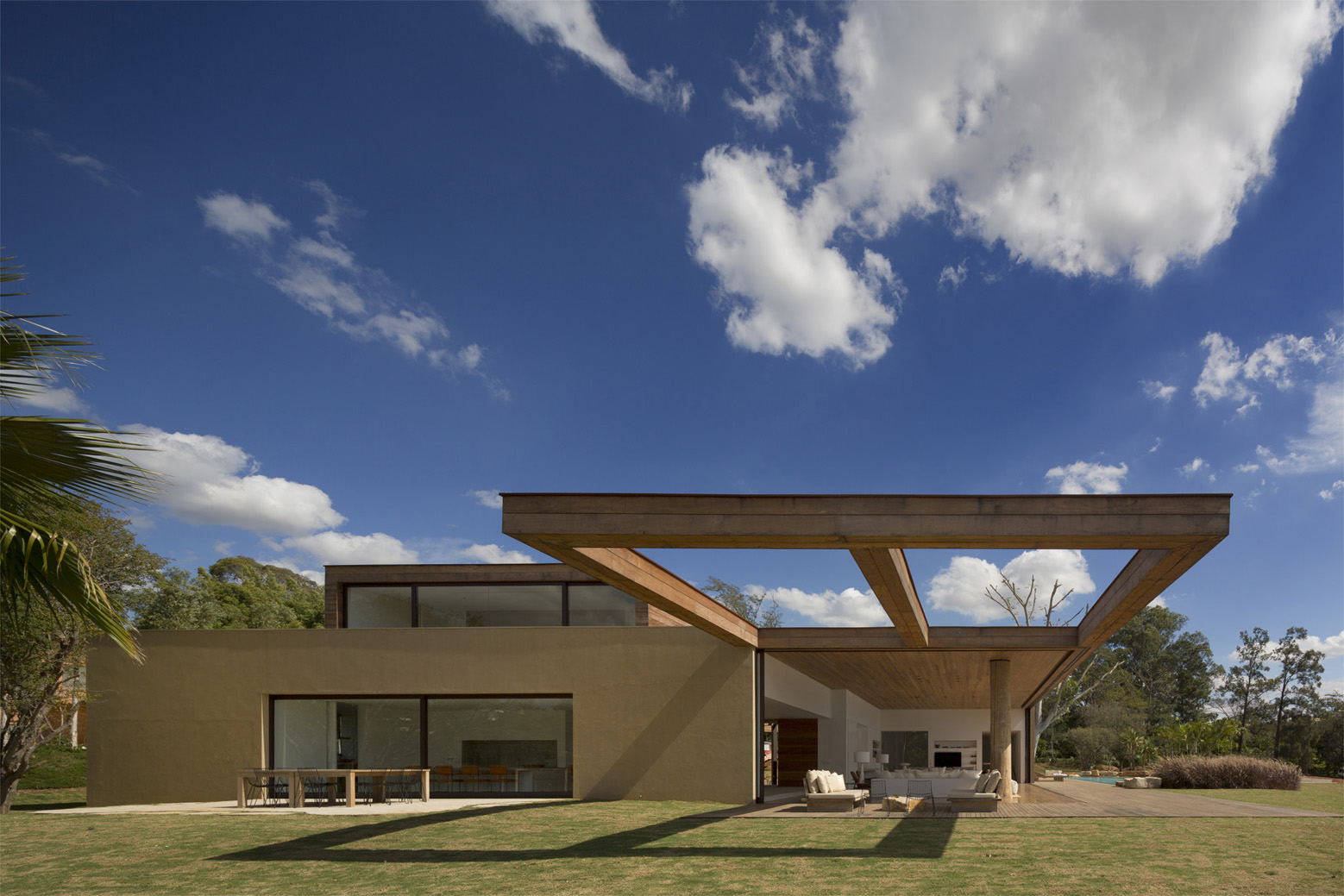 Casa ITU One hour away from São Paulo, this house in Itu…