In relation to the location, the site is placed between the boundary of the consolidated town and the future expansion areas. The transition from one fabric to the other is articulated by a strip of natural land supported by the Meder River. In the northern edge, the consolidated town is composed by courtyards where the rear façades of row housing look over.

Among them we find “Can Serratosa”, the current home of the Vic Music School, which will hold the common areas of the new Music School. Can Serratosa has a side lane that permits direct access from the street to the site. This will become an important aspect in the development of the proposal.

The southern edge, on the other hand, only has a property boundary without any real consistency, which we think should be dissolved using the continuity solution for the unbuilt site and the green area defined by the river flats.

It is basically made up of parts of different constitution: Theatre, Auditorium, Services, Music School and Restaurant. While the Theatre and the Auditorium are large-scale units with no need of natural light, the Music School is the repetitive addition of small units that need natural light and ventilation. In the case of the Theatre, the inevitable height of the fly tower is an outstanding feature. Its volume will make it a visual reference for the complex in relation to the city and the local environs.

We bore the following aims in mind while drafting the proposal:
1. Regarding the building ascribed to the consolidated town as a melted part of the urban fabric. While, on the other hand, linking the open space to the natural territory organised by the riverbank.

2. Using project systems that would be able with the same designing tools -basically the relationship with the ground, the geometry and the roofs- to resolve items with utterly different uses and scales like the ones that form the programme. And, at the same time, managing to include the fly tower volume in the rules of the system applied.

3. In this sense, it has been quite important the use of the lane from “Can Serratosa” to the open space as a backbone that situates and provides access to every part of the programme. And also the use of the sloping roof which descends from the top of the fly tower and spreads out until it covers the porches and classrooms.

4. Among the materials –concrete, basalt natural stone, aluminium, etc.- we have introduced at the highest façades of the flytower and the Music School, a metallic revetment, a cupper-aluminium alloy, that leads the eye to the skyline of the complex and from there to the city of Vic’s one.

IMO Instituto de Microcirugía Ocular Ronda de Dalt The processes of conception and execution have been long, in… 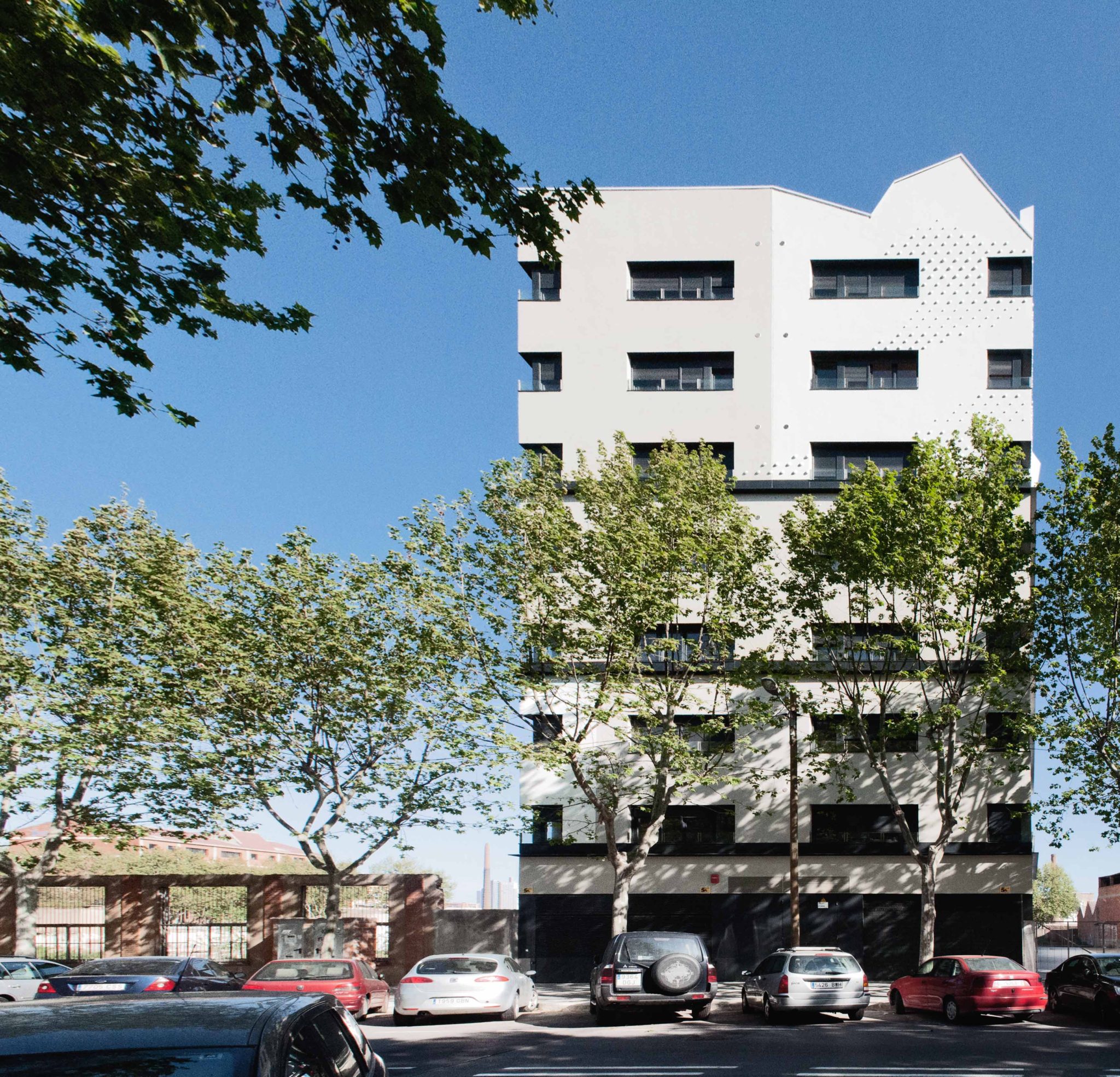