This new campus located on the hills of the city of Viña del Mar, in a 20 hectare plot, overlooking the city, the bay of Valparaiso and the Pacific Ocean, attempts to create a unique compound for university life, that allows for a certain relationship between study and contemplation.

The various bodies that make up the building compound constitute a sheltered patio, whose gradated openings link the proximity with the distance, focus on the extension of space and open the patio into a large park that stretches along the slopes. The interiors of the various bodies are connected together by catwalks suspended above ground level which allows orbiting the entire set with no beginning or end.

The underlying idea of a new state of freedom – contrasting to that experienced at school – should become apparent when inhabiting it. Thus circulating and remaining still, these two acts, become multiple and one always has several routes to choose to go from A to B, all within a non-homogeneous spatiality whose turns and folds, size changes and gradations between dimness and light make the actual moving attractive: each step opening up new visions, building what we have called spatial breathing.

This spatial breathing that conceives interiors from the void, unfolding simultaneously depths -in different directions- from the spacing of its floors: it is not about different floors but of an ensemble of multiple levels. Thus, the vertical expansion of inner void, not only emerges from below, like in a Gothic cathedral, but also circulates through its three dimensions, simultaneously being inhabited space and luminous void in suspension.

The effect is accentuated by the presence of various bodies suspended at different heights, linked by ramps and walkways, becoming places for remaining still where different programs take place. The crossing and the incidence of light on these suspended bodies builds some sort of spatial flotation that brings an unattainable dimension to the space.

Linking the foot continuity of one’s feet with the variation of the eye ever-changing routes and shifting visions of space, makes it possible to relax the body and awaken the senses. In this way the experience of inhabiting the university meets the form. Therefore education can be understood as the teaching and learning of giving shape to things; giving shape to forms, acts, ways of being, occurrences… to our thoughts.

In this sense, education overcomes the resistance of that which is formless. When architecture touches our senses it may awaken that craving which, to varying degrees, we all have for the form. This may be the relationship between architecture and education. 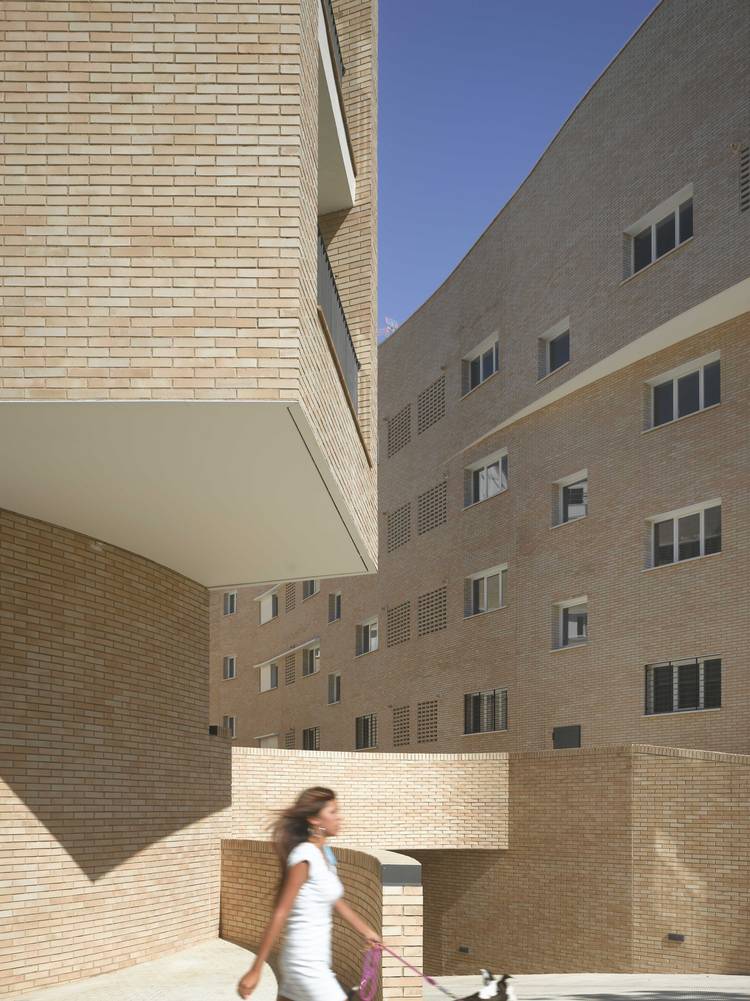