Healthcare Building
Dudzele is situated along a remote road linking the picturesque historical city of Bruges ( Belgium) to the North Sea shore. It is located in the Polders, an artificially created landscape separated from the sea by dikes .The village is centuries old but never grew to a city. The house typology in the surroundings is one or two levels high and look like archetypal. The main public space and the urban form of the village is defined by the main street ,once a country road cutting through the landscape. 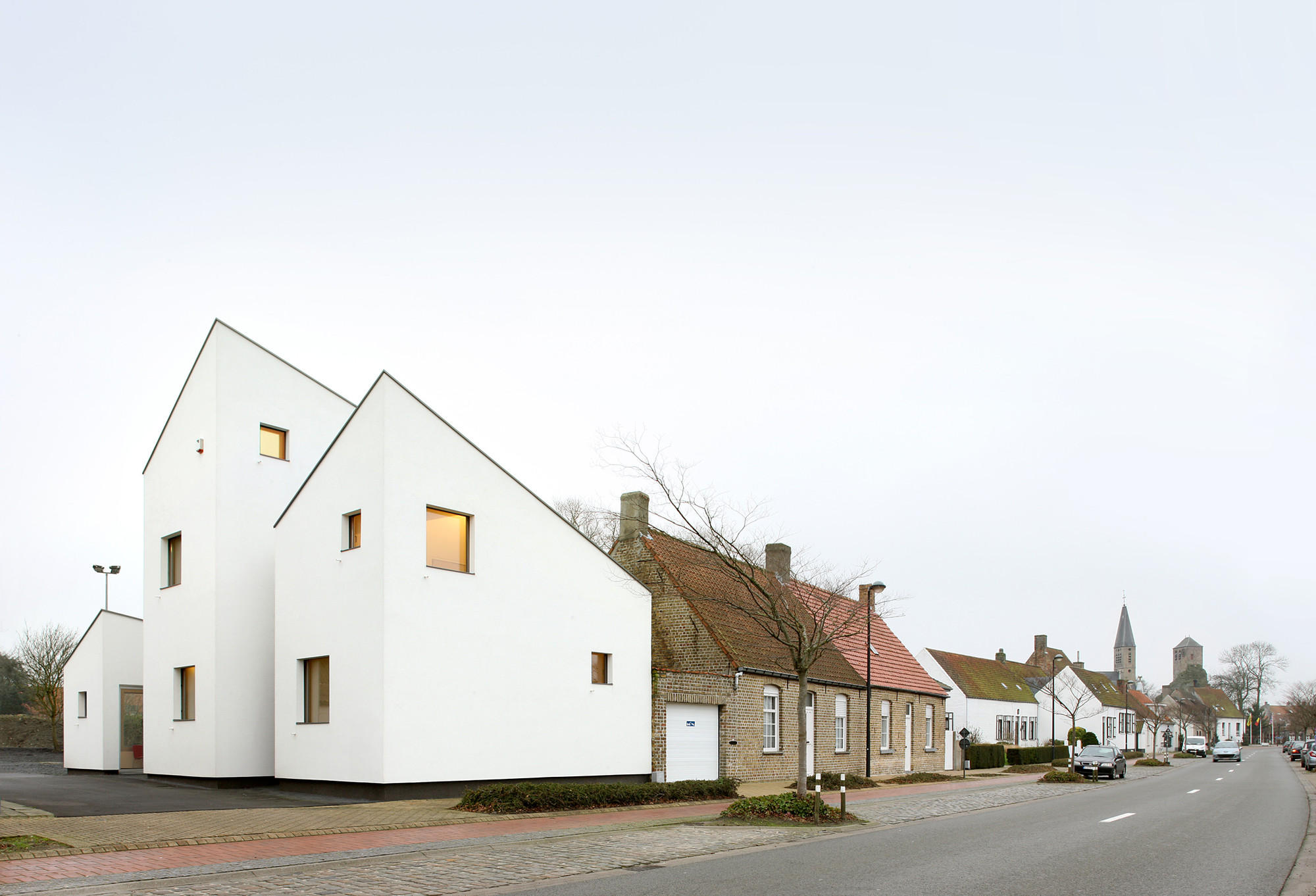 The architects were asked to replace a ruined modest existing house, aligned to the main street, with a new building housing the main medical facility of the village. How to insert this needed function in an old village without disturbing the tranquility which reigns the place centuries ? Due to it’s function, the building should be visible but the urban regulations ask for a total integrated volume in accordance with the surroundings. 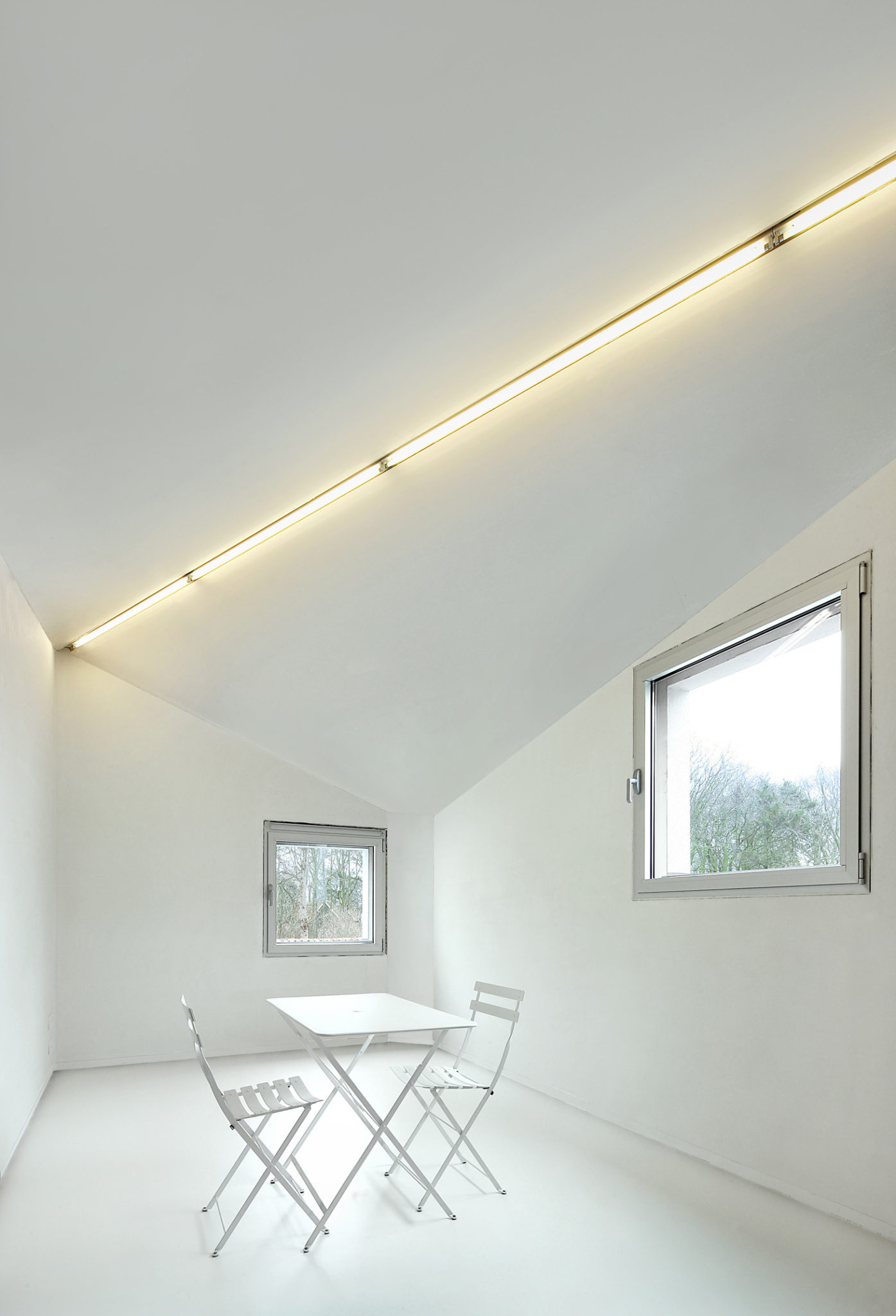 The project arises as a series of different volumes interfering with the linear development of the main street. One built volume develops four separate volumetric entities . The first one borrows the low scale of the neighboring context, the second one reaches the highest point giving to the whole visual independence while the last two are gently melting in to the flat landscape of the backyard. 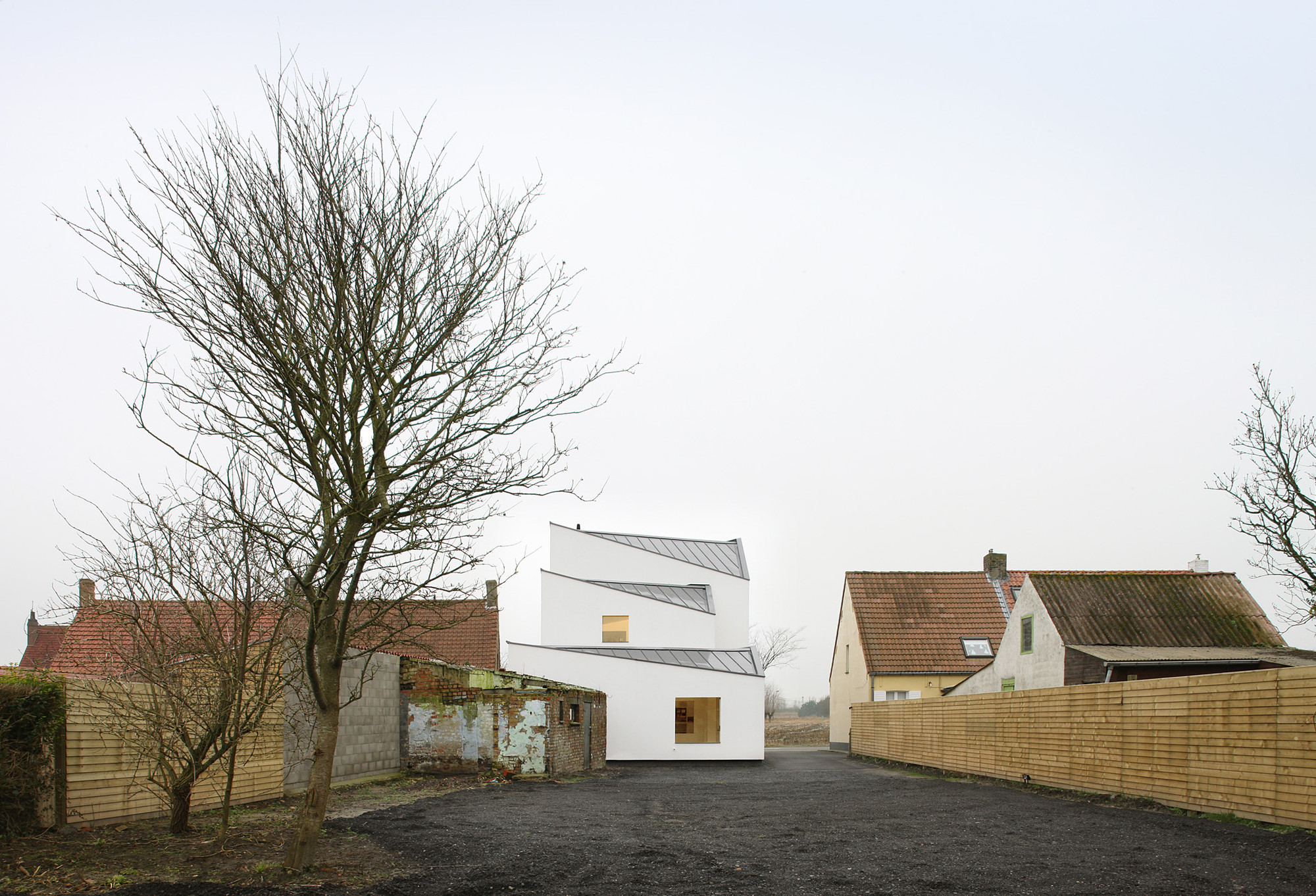 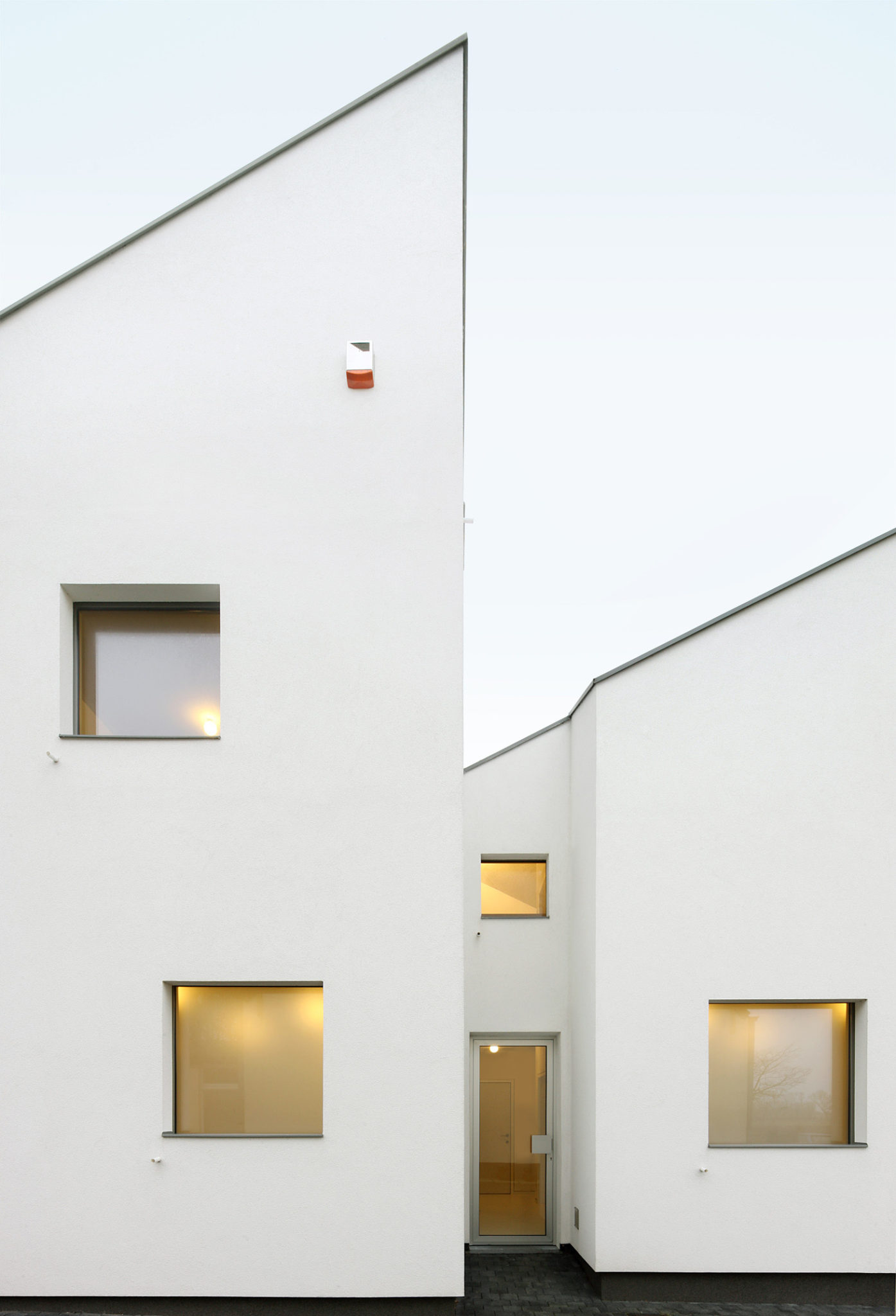 The interior spaces are simultaneously shaping and shaped by different functions : waiting room, reception or consulting rooms, altogether developed and rigorously aligned along the access route to the backyard. 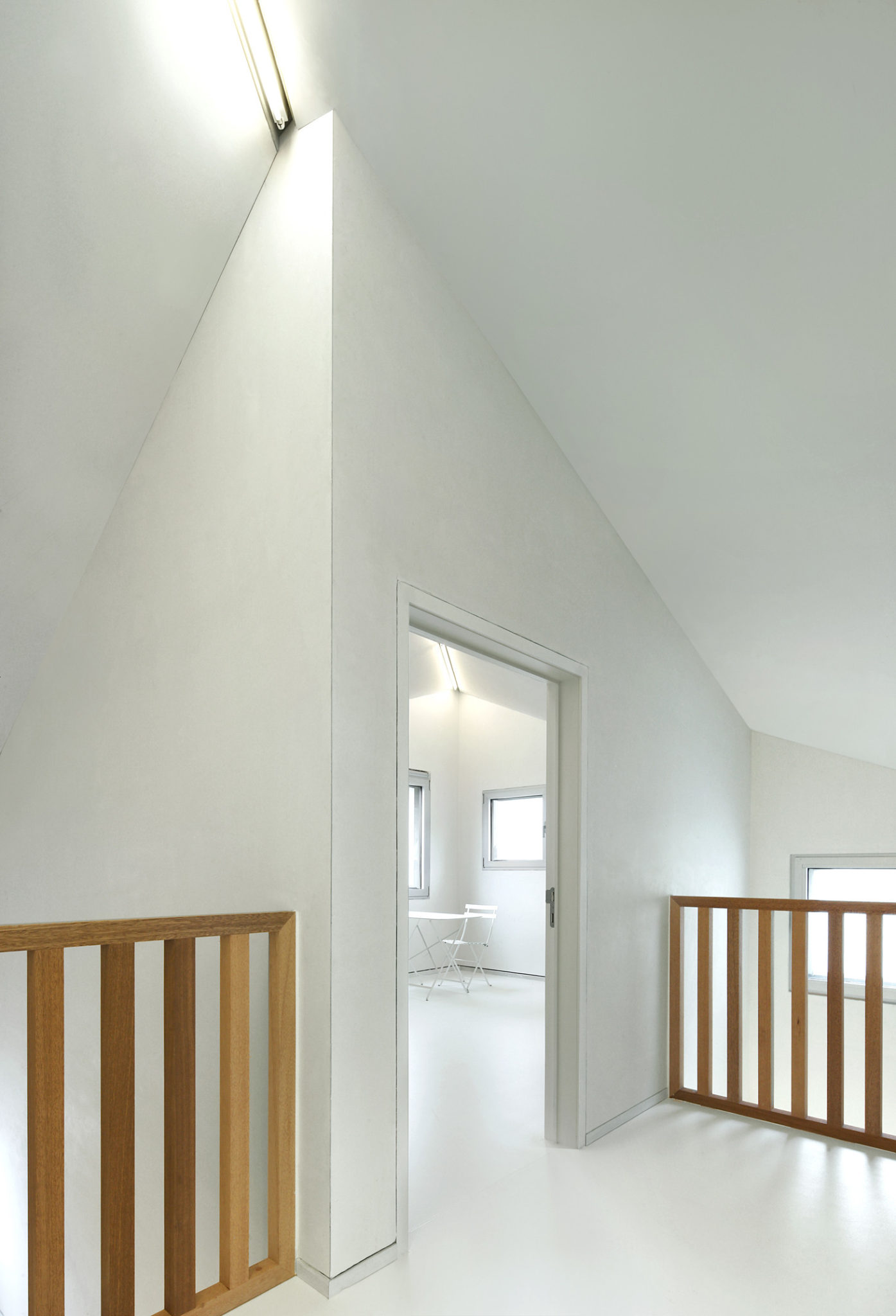 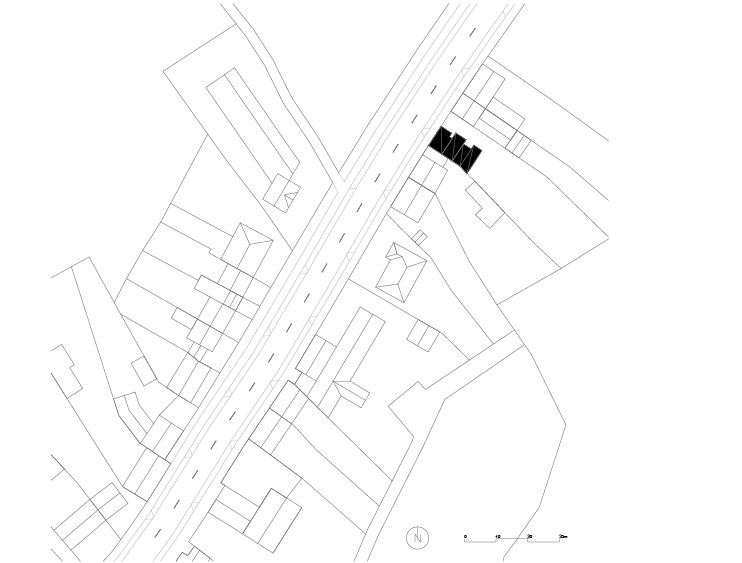 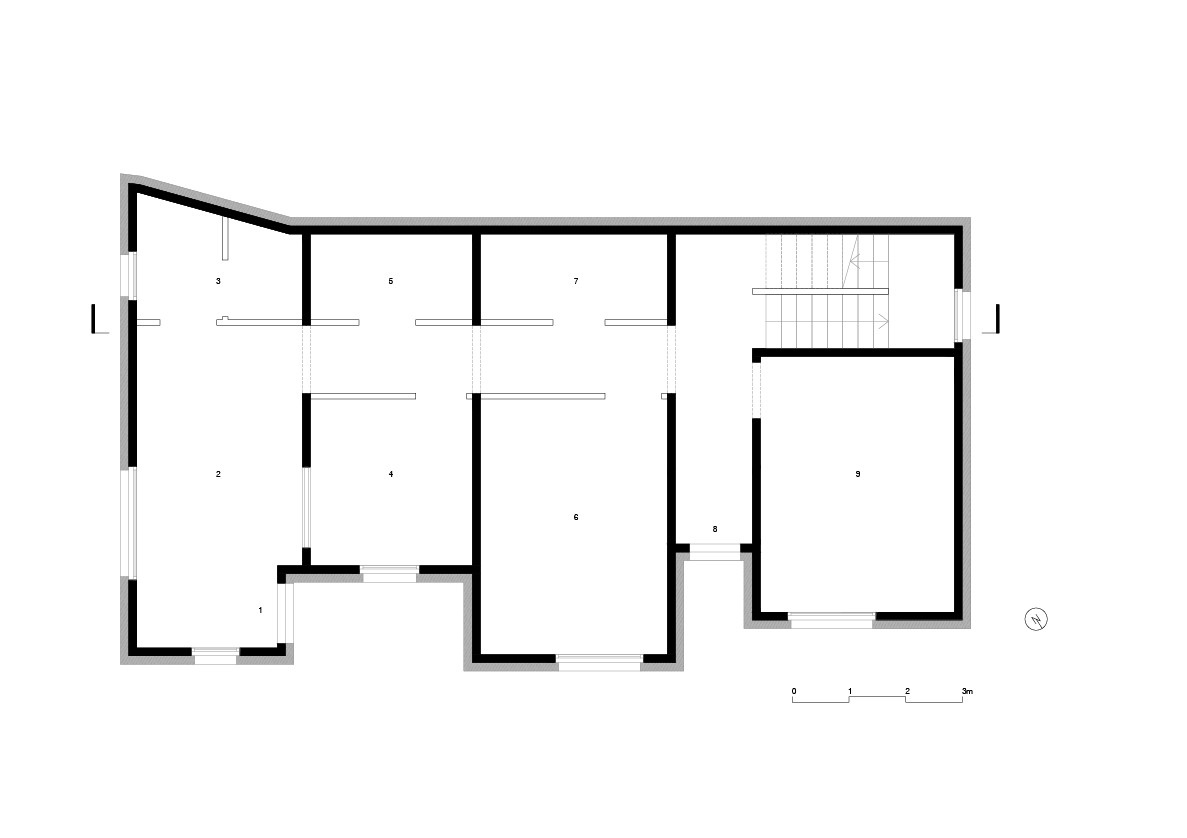 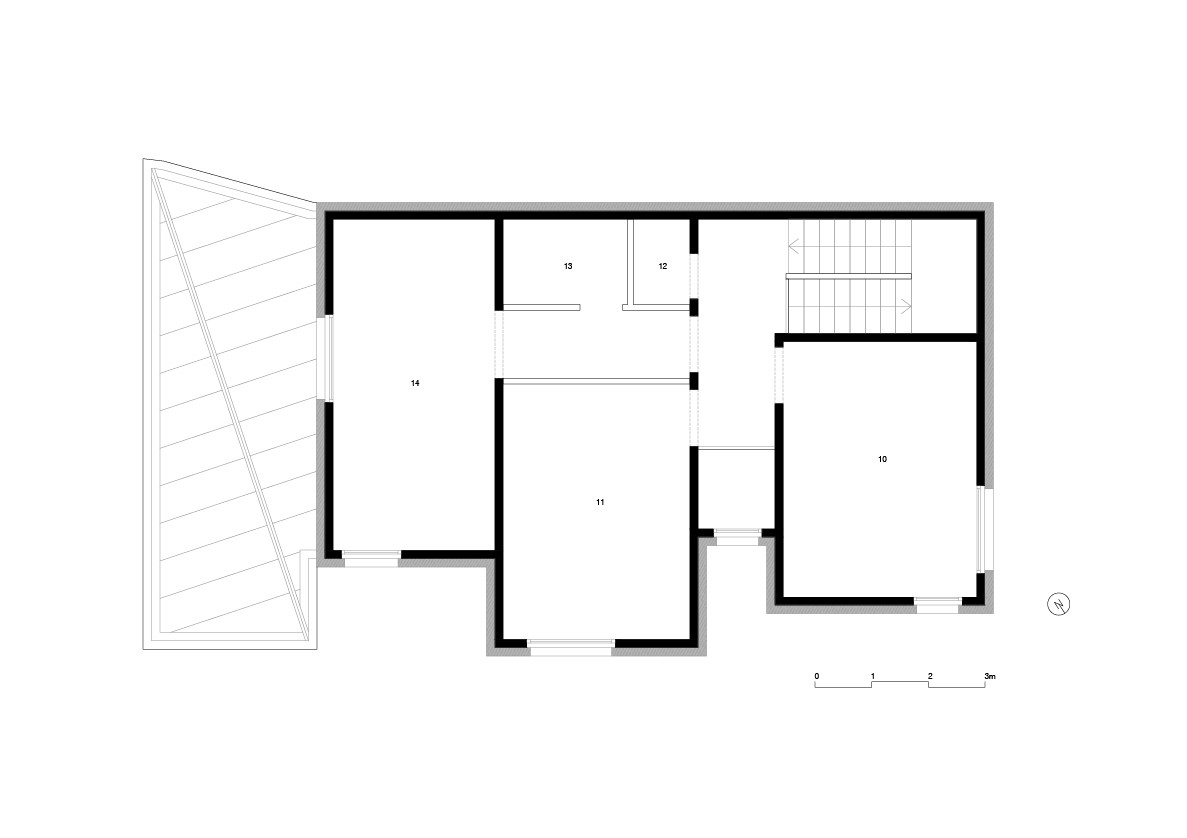 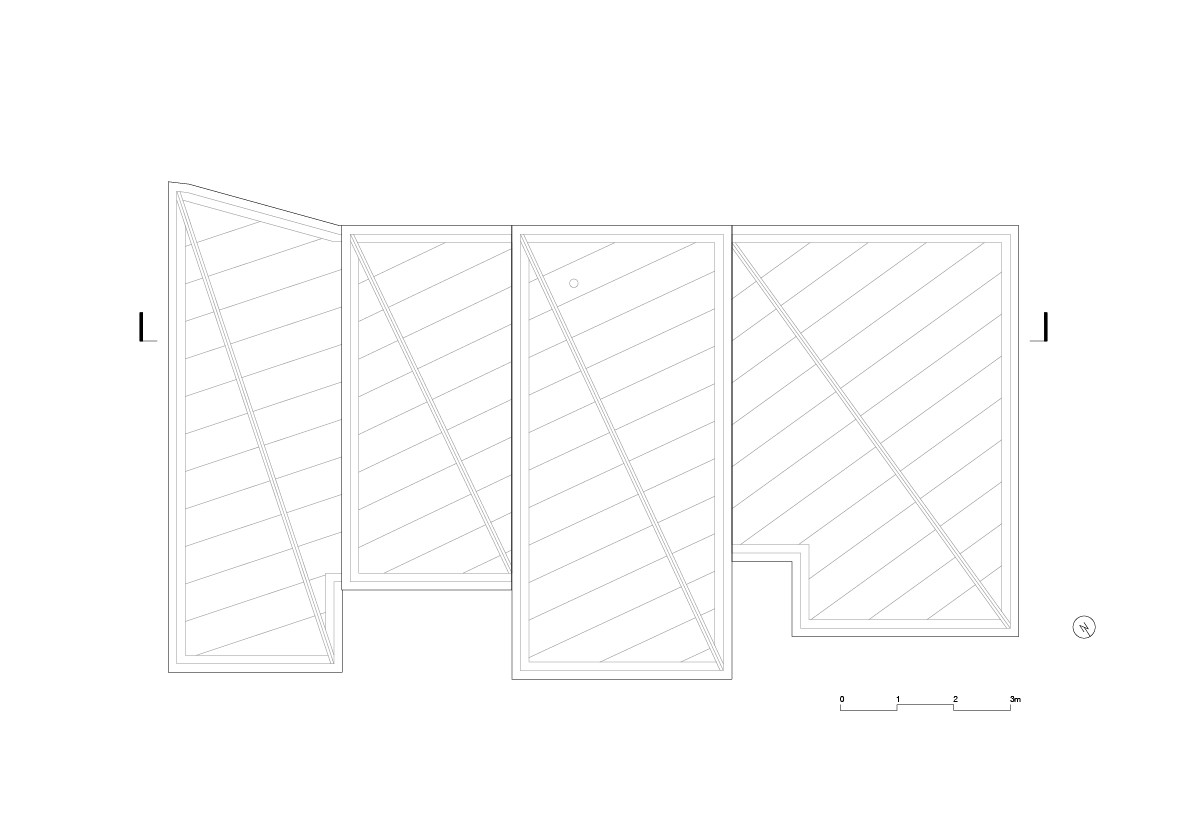 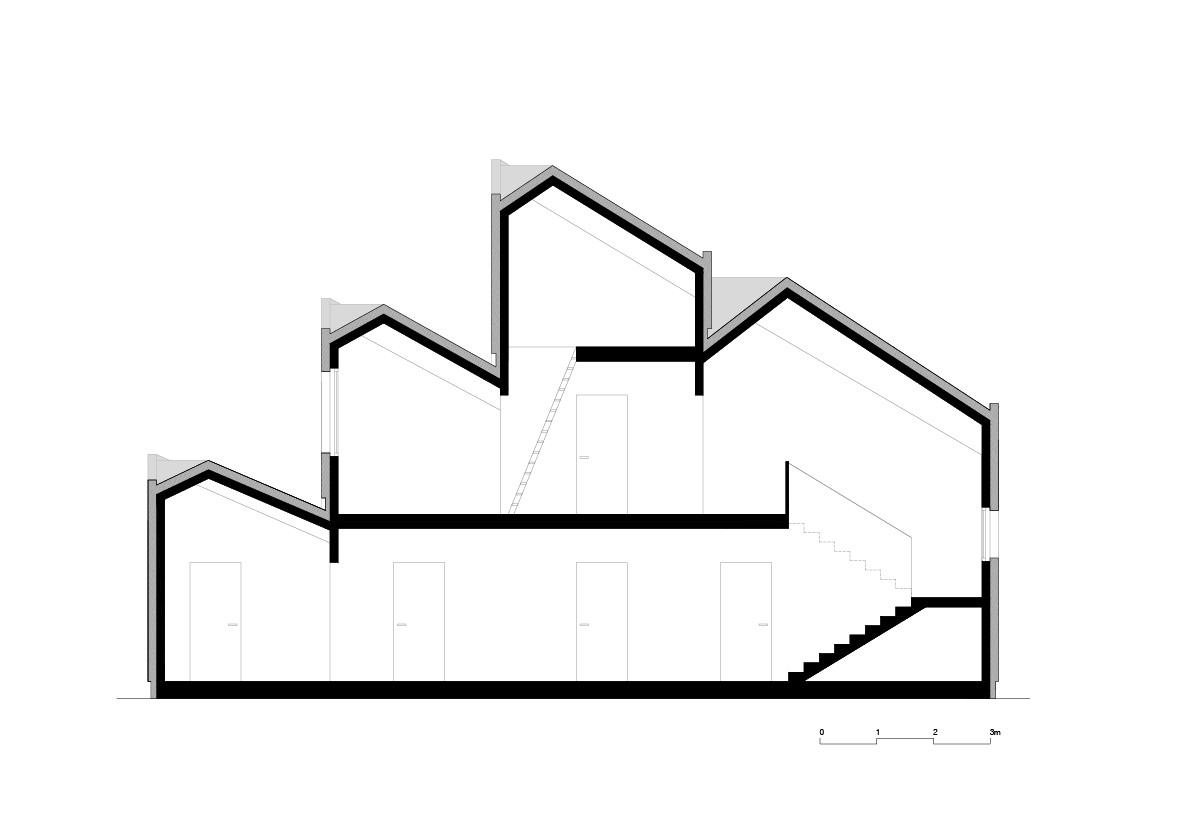 Dudzele in the city of Bruges.