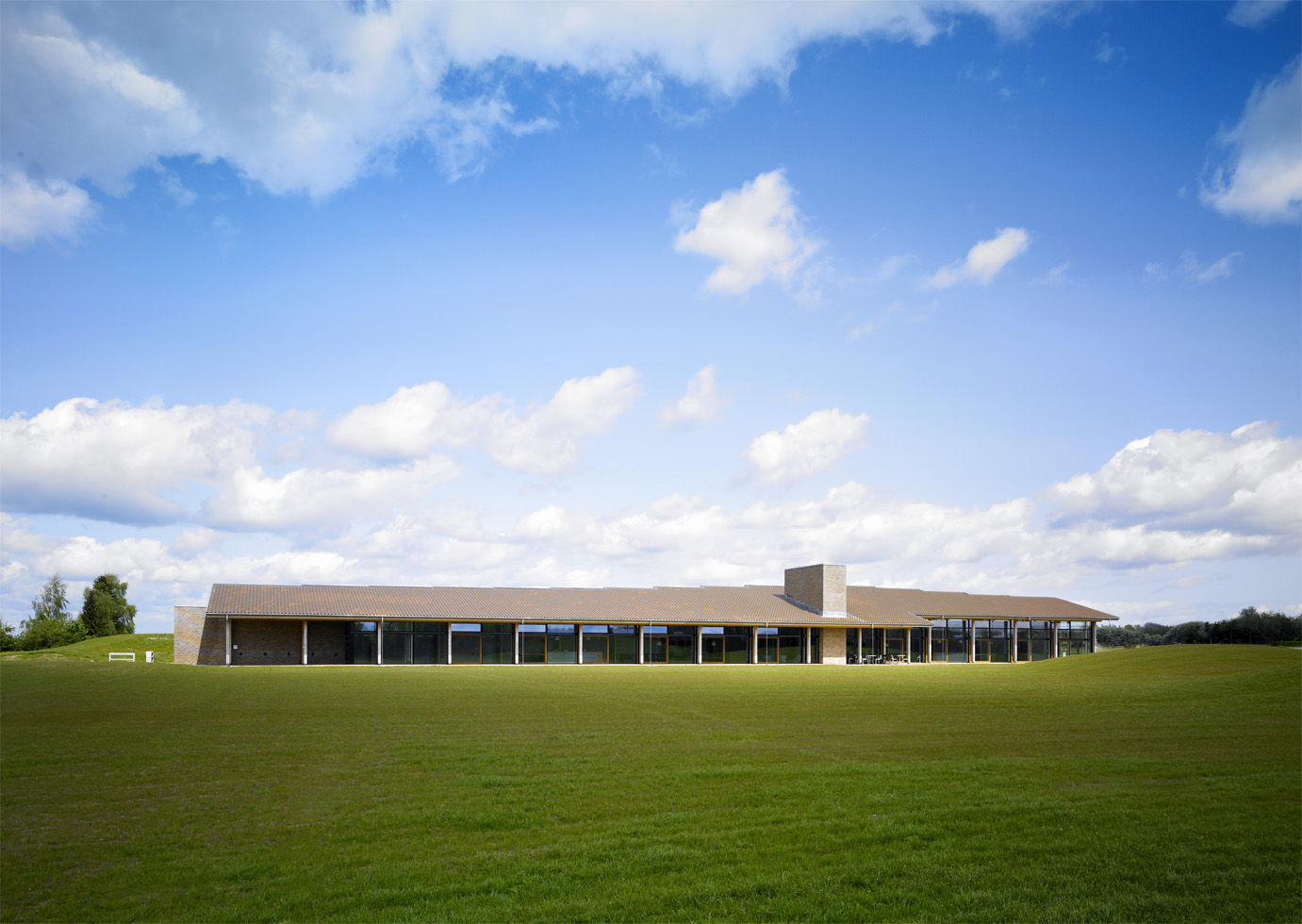 Brogården is a former folk high school which has now been taken over by the Pindstrup Centre – an organisation for families with children with disabilities and special needs. In order to use the facilities as the organisation’s course centre, it was desired to create facilities that could accommodate families with disabled children. 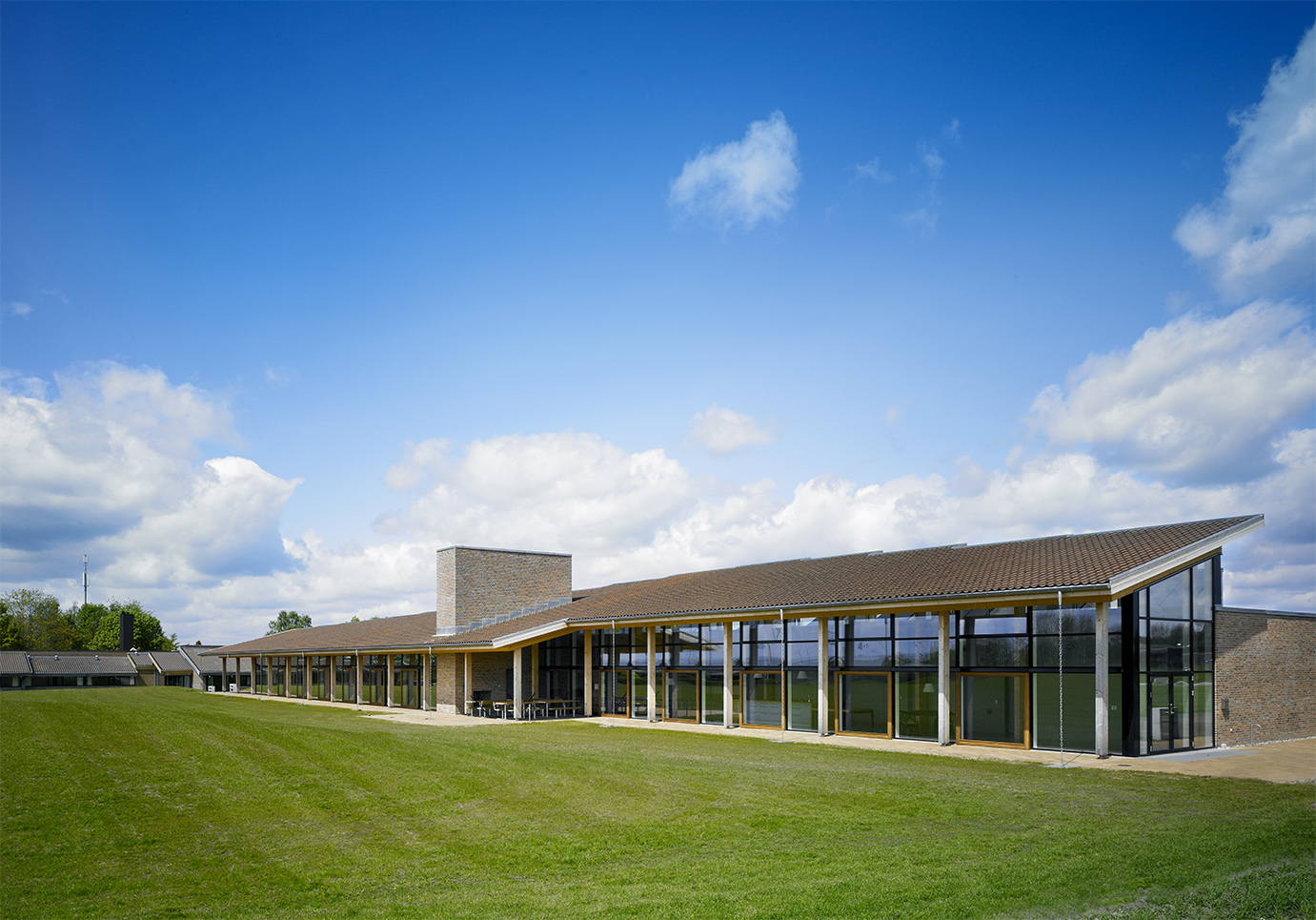 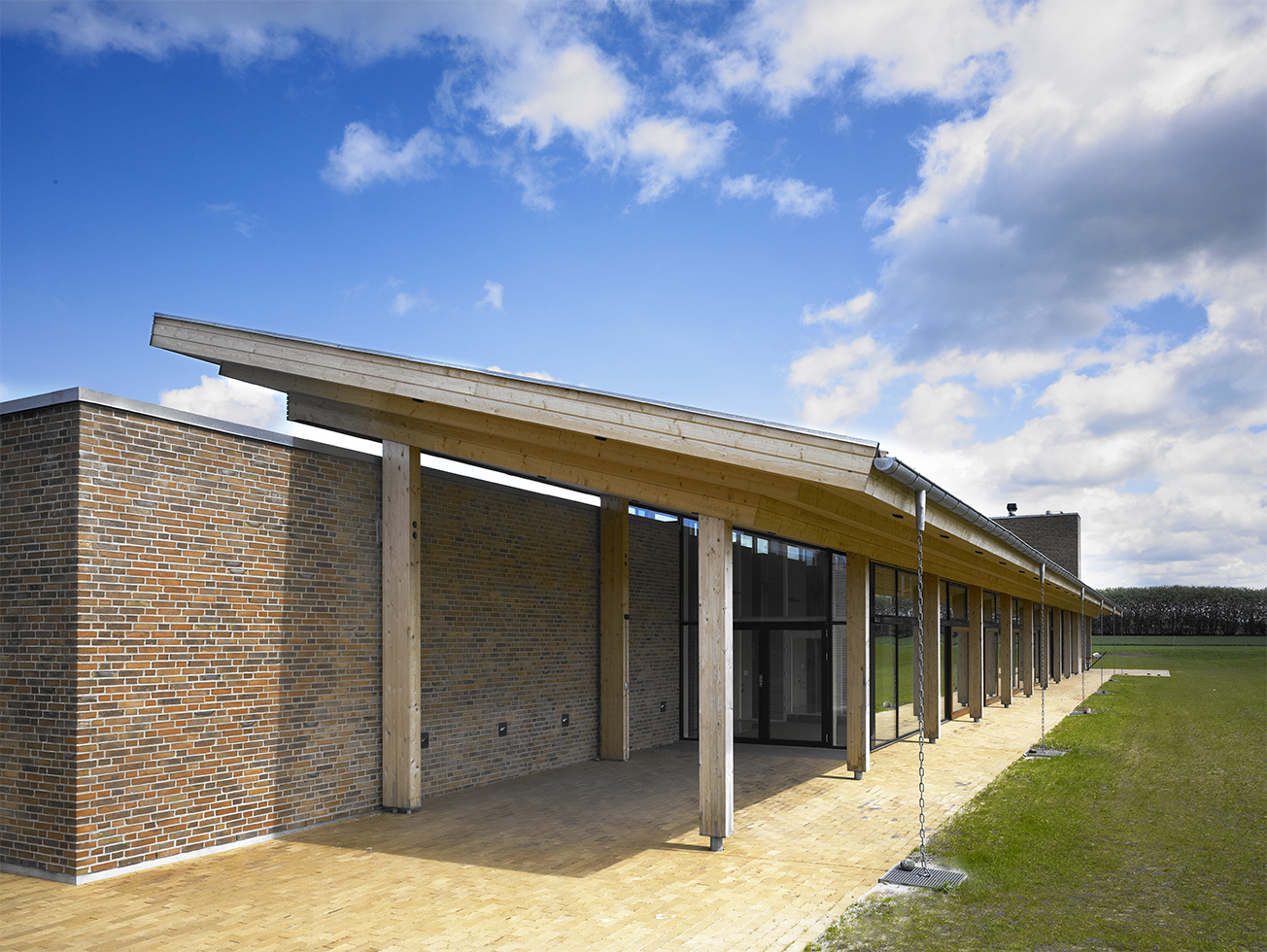 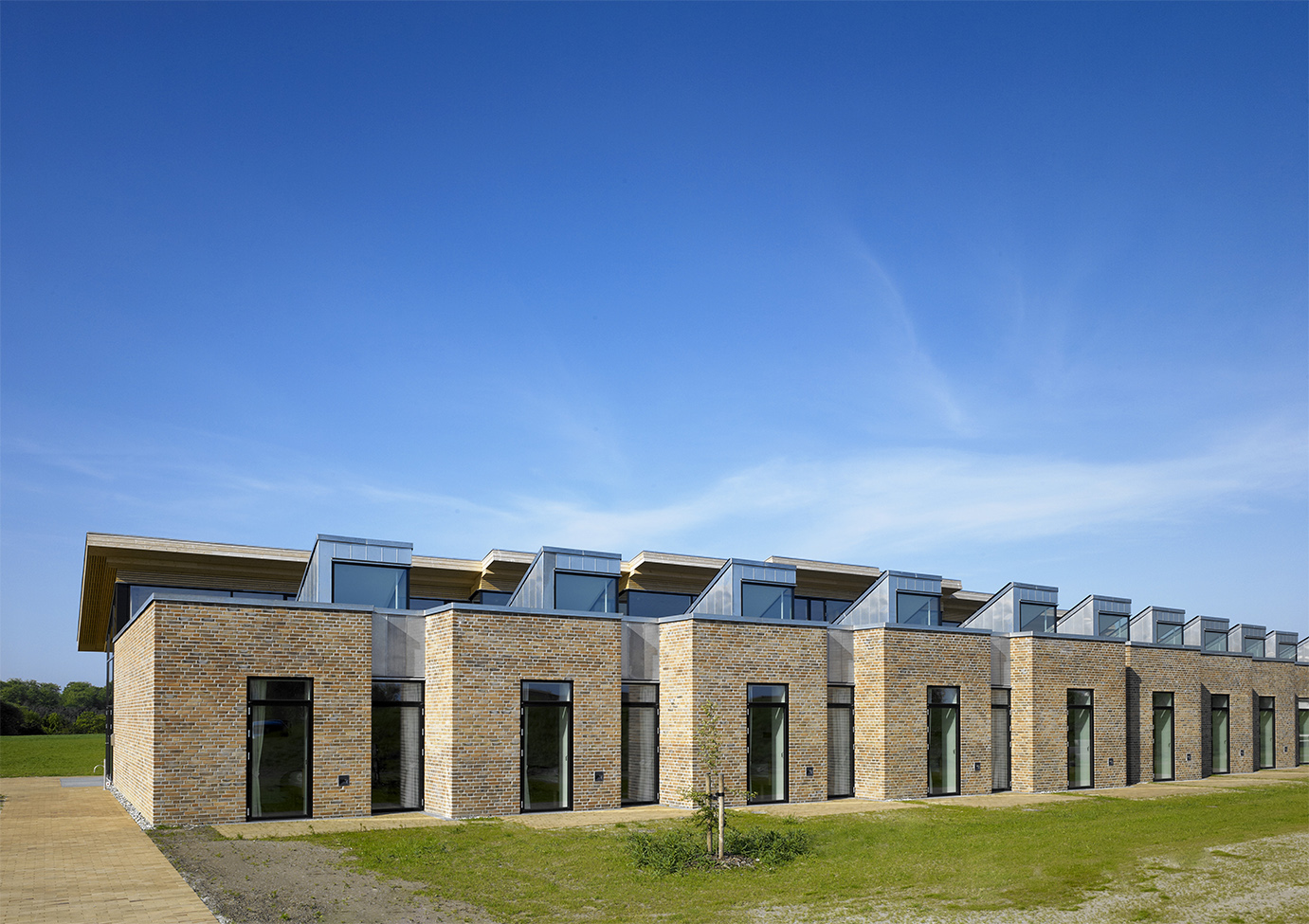 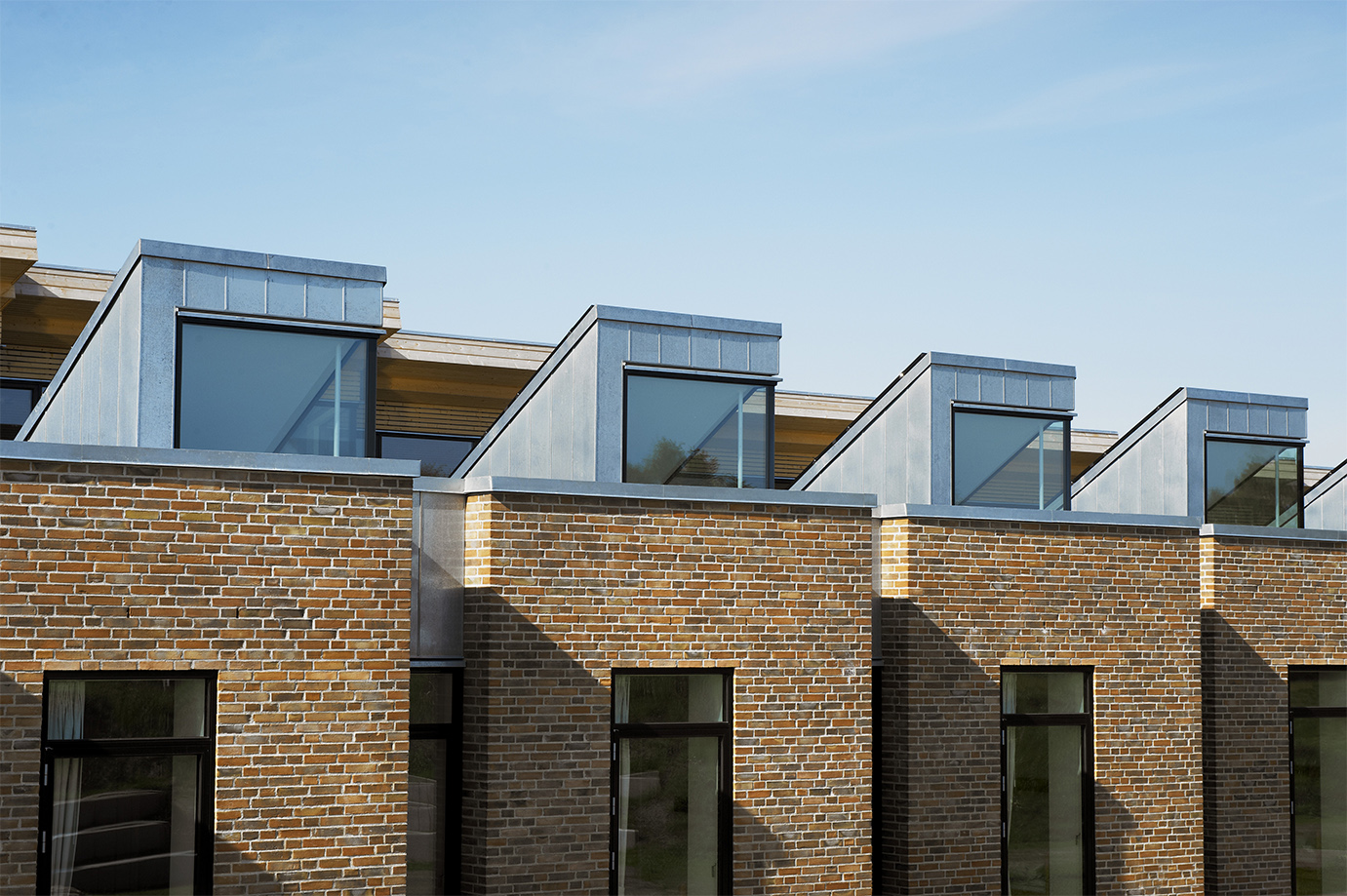 The ambition of the project has been that the experiences of guests and users with special needs should not be adversely affected by an institution-like setting, but should instead take place in up-to-date, fully integrated and authentic surroundings. The new building can house 14 families in two-bedroom apartments, in which one of the bedrooms has a fully-equipped ensuite handicap bathroom, while the other bedroom is slightly smaller and has just a shower. To ensure maximum flexibility, the rooms can also be divided into 28 ordinary course rooms. 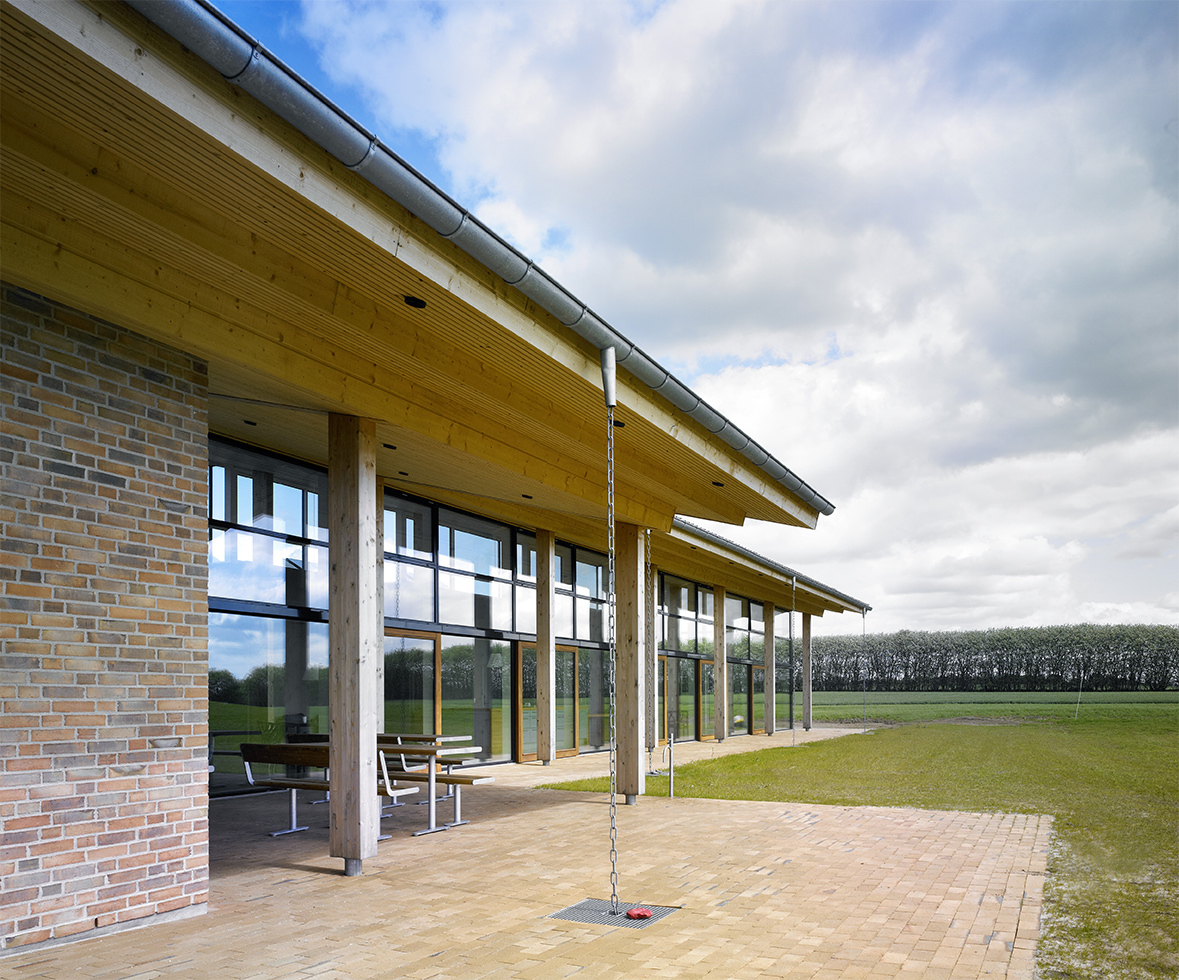 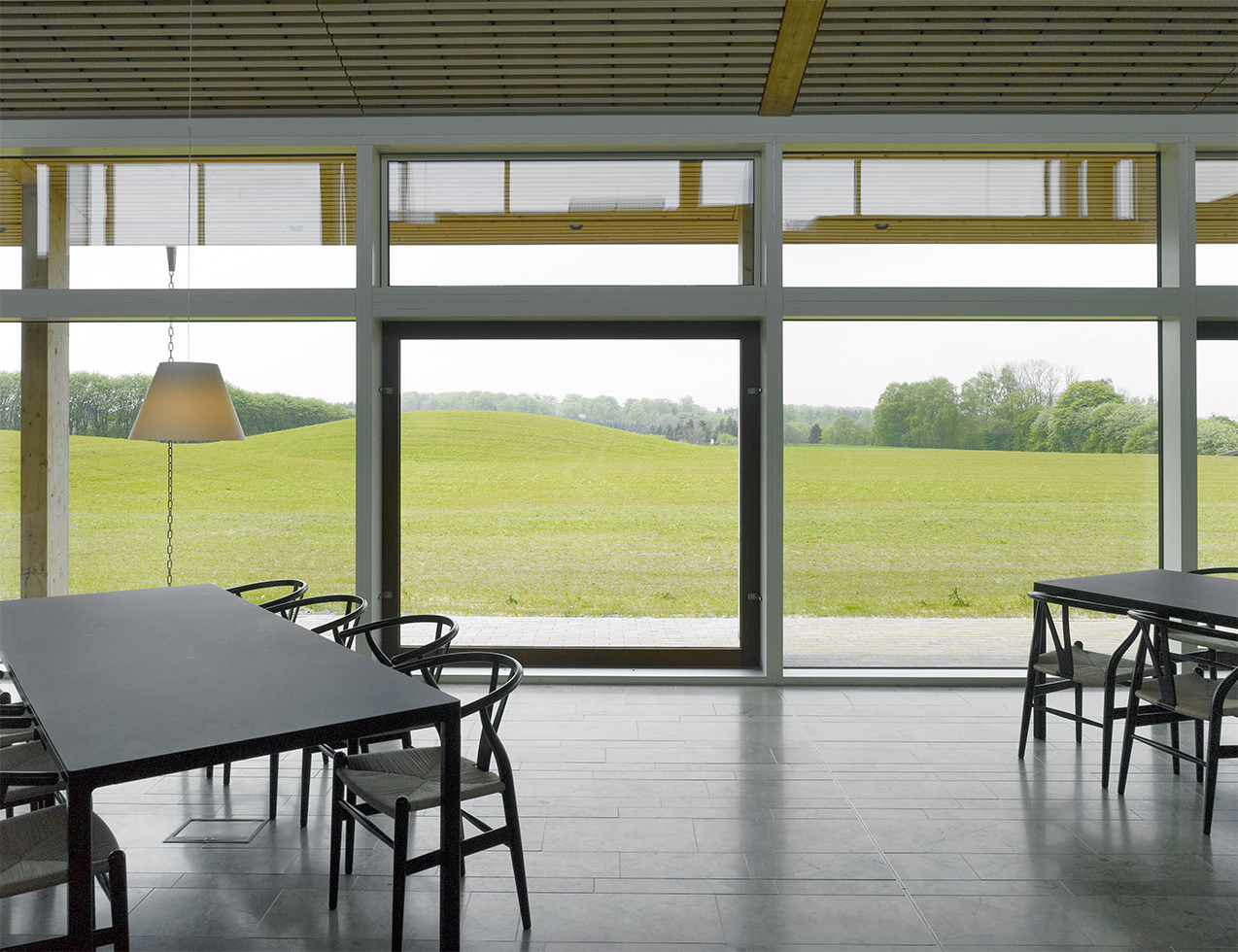 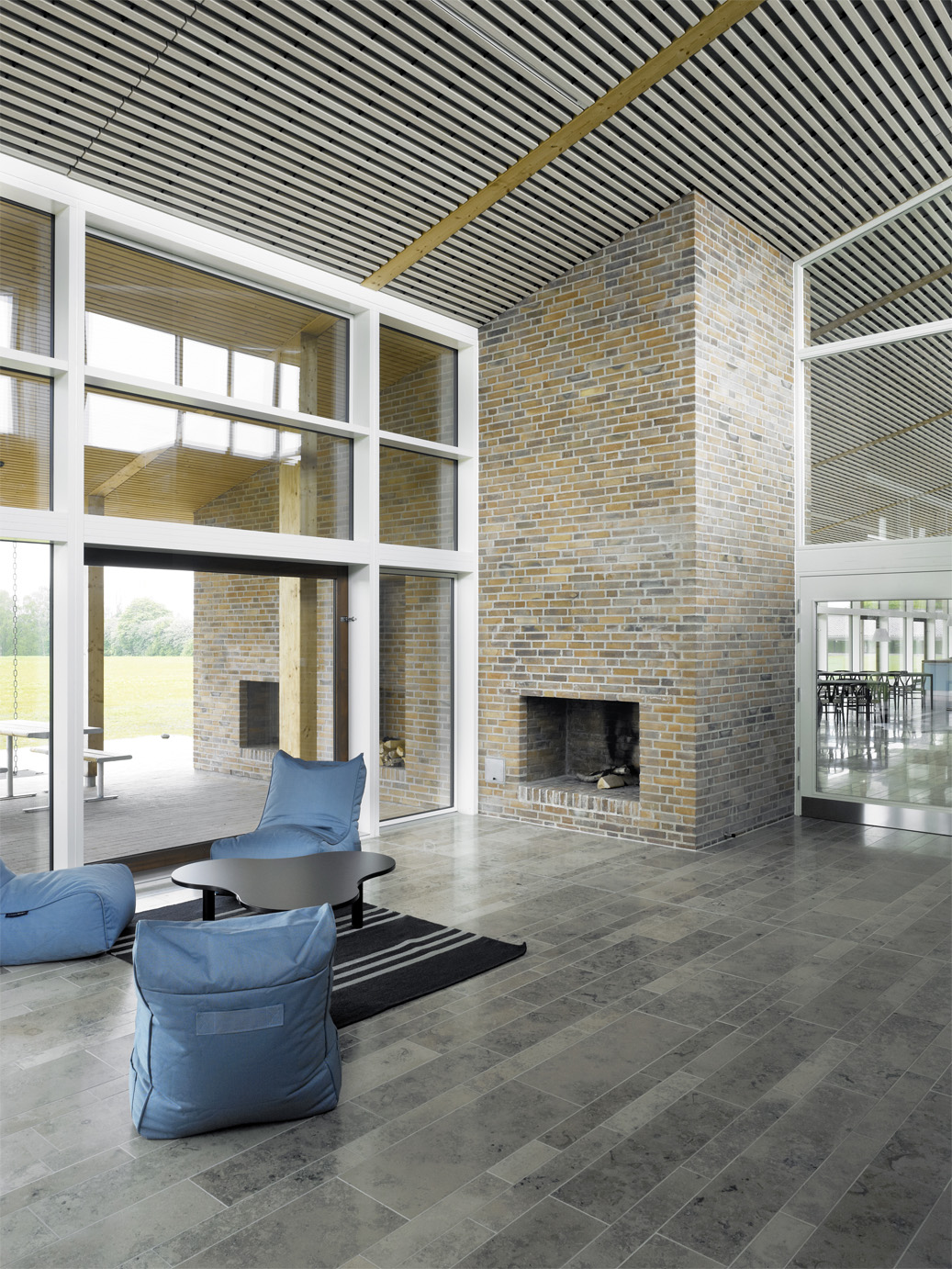 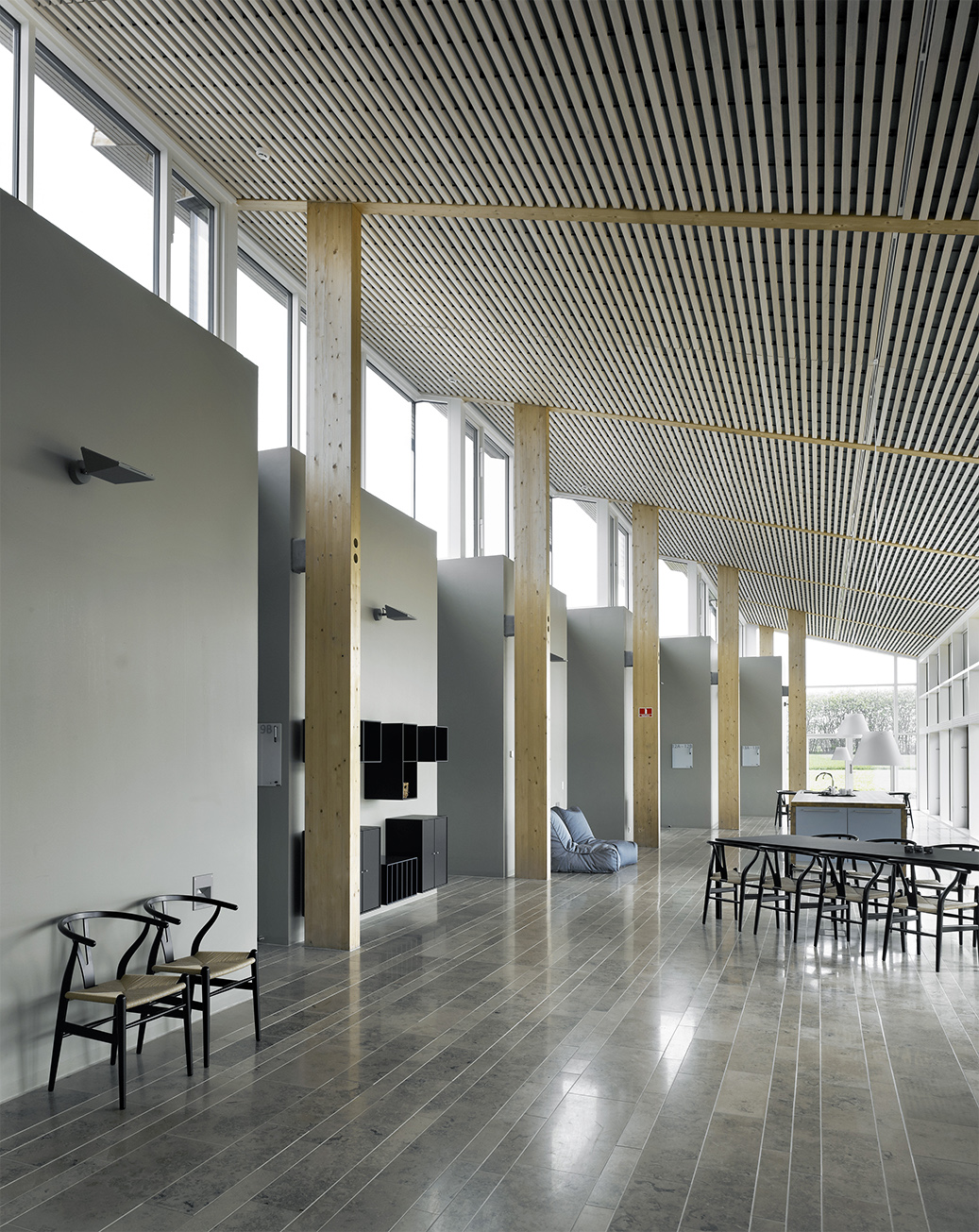 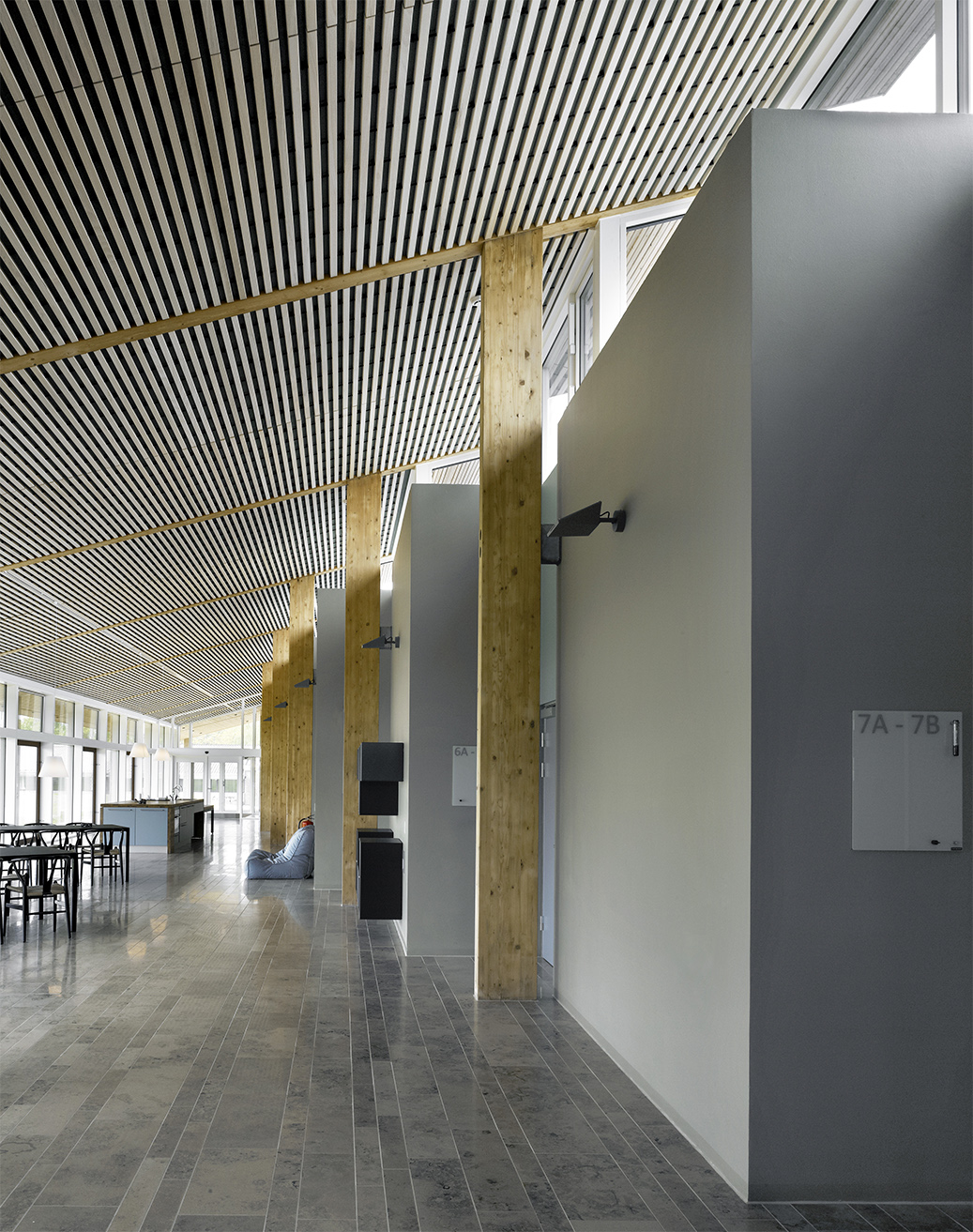 All of the rooms are oriented towards the common room, which is centred on a large chimney with three open fireplaces. Large glass windows afford clear views of the Little Belt and the Little Belt Bridge. To create a warm and welcoming atmosphere, natural materials have been chosen, such as stone floors, wooden slat ceilings, polished masonry, etc. The entire building is naturally one hundred per cent disabled-accessible. 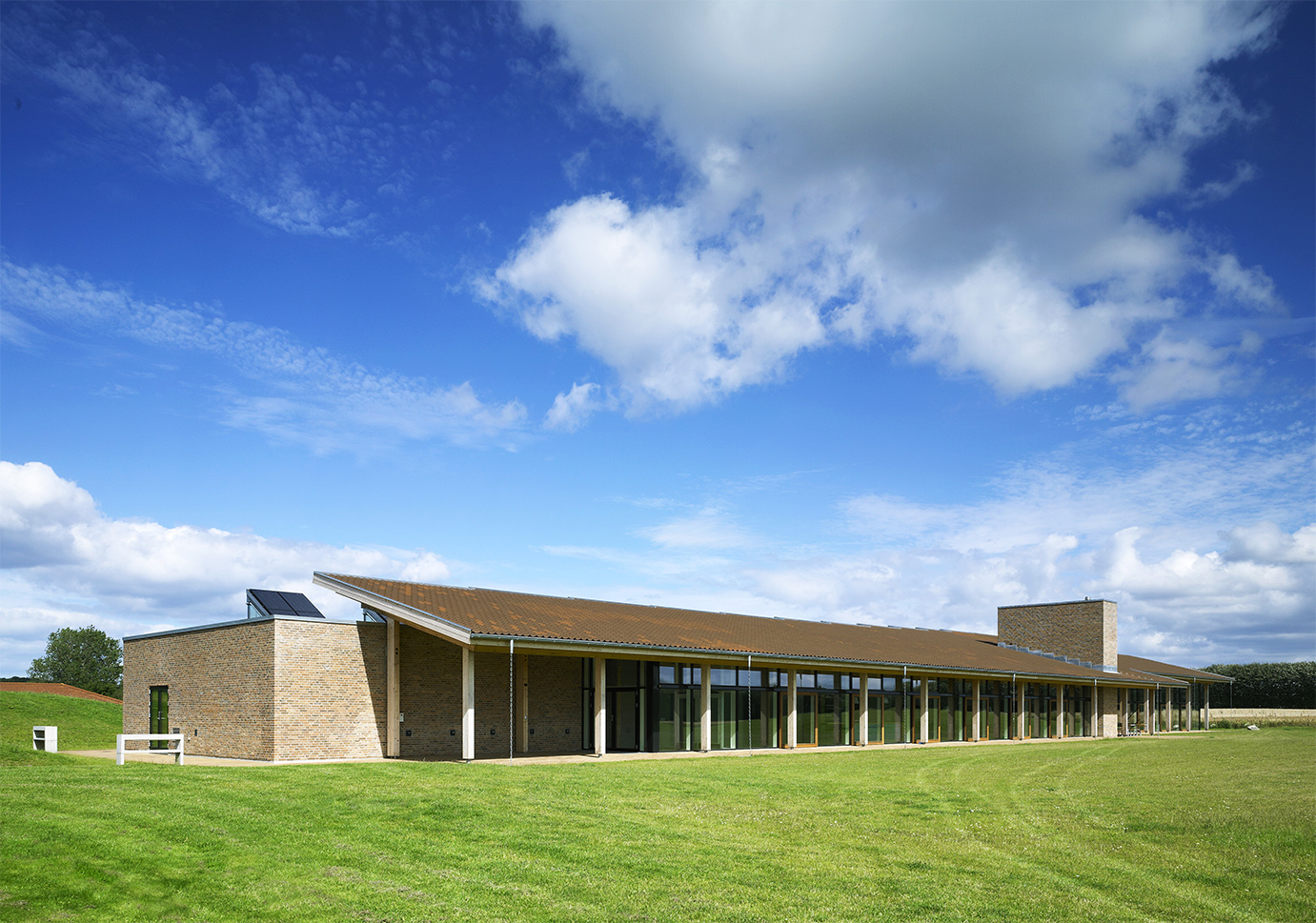 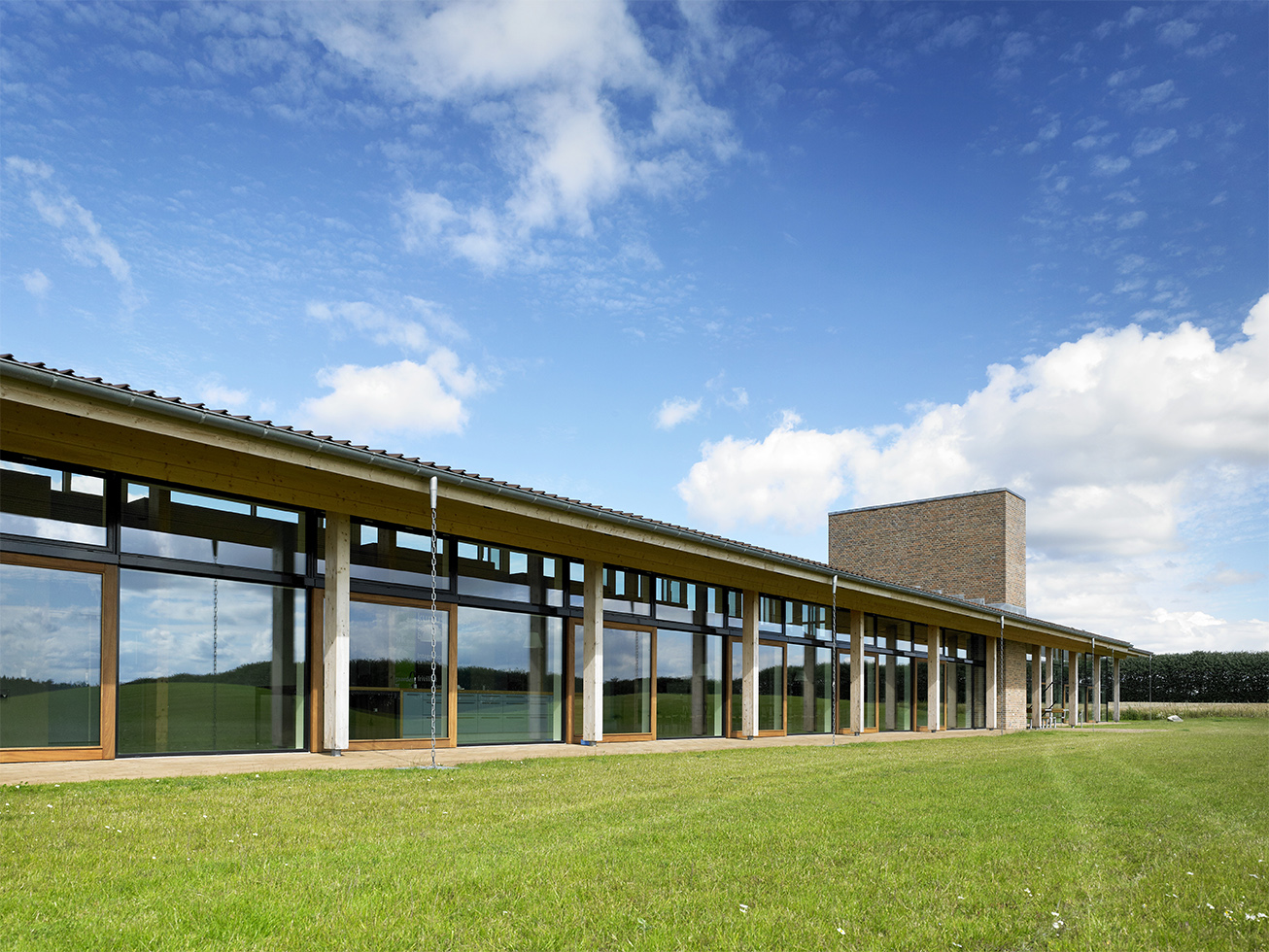 The architecture of the new wing is designed in an architectural dialogue with the existing center.
The apartments are expressed as a series of massive volumes of dark red brick, which shelter the building from the parking areas. Large overhanging roofs are a dominant feature of the existing center’s architecture, and similarly in the new wing a large roof floats above the bright spaces containing circulation and common areas towards the south. They form a central room, subtly subdivided by a brick core with fireplace and chimney that creates smaller niches in the space. 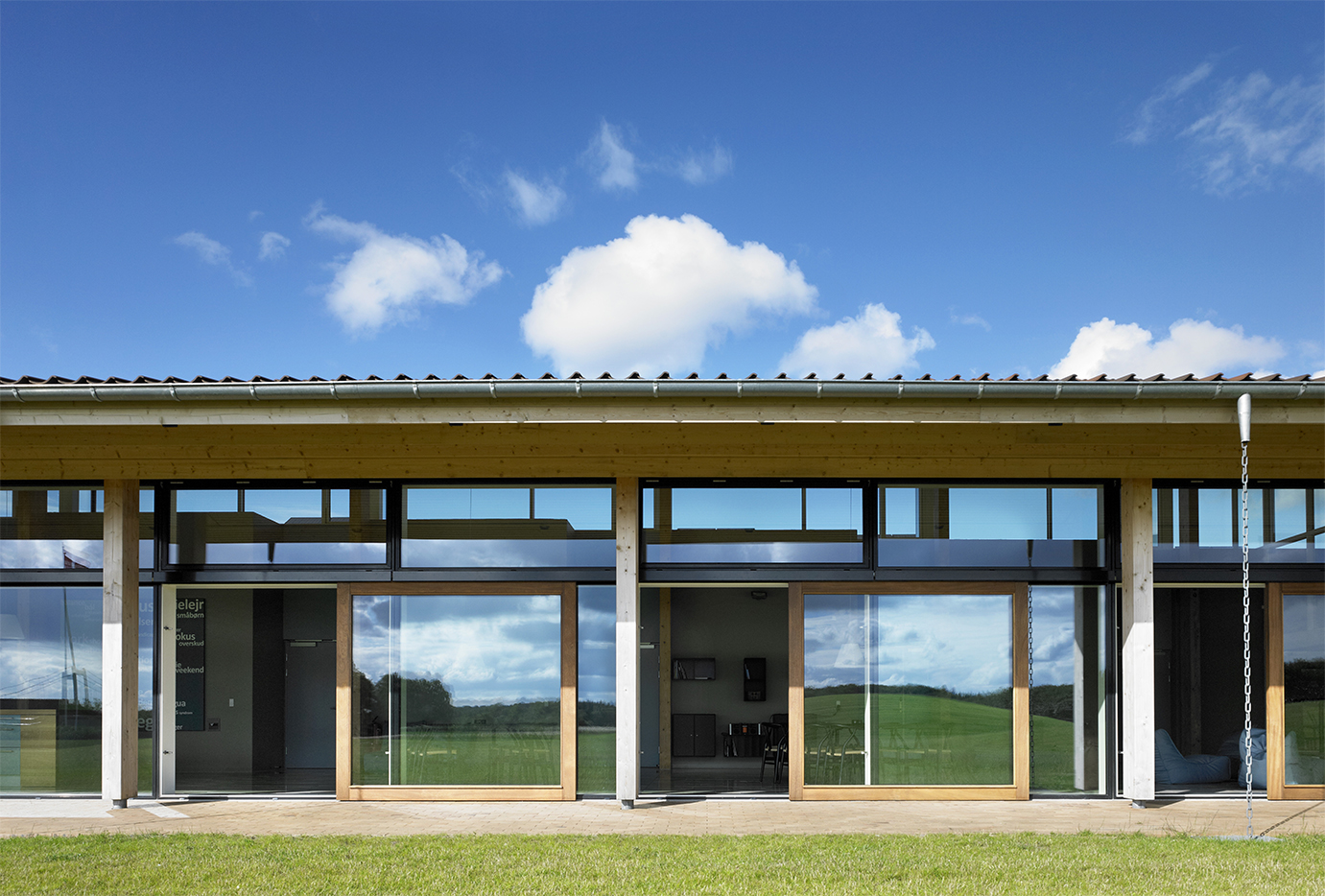 The brick volumes of the apartments appear as a staggered and rhythmic facade that breaks down the scale of the new wing into smaller units, to match the contextual scale of the existing building when seen from the road. This also creates an amount of privacy for the individual outdoor space of each course / holiday apartment. 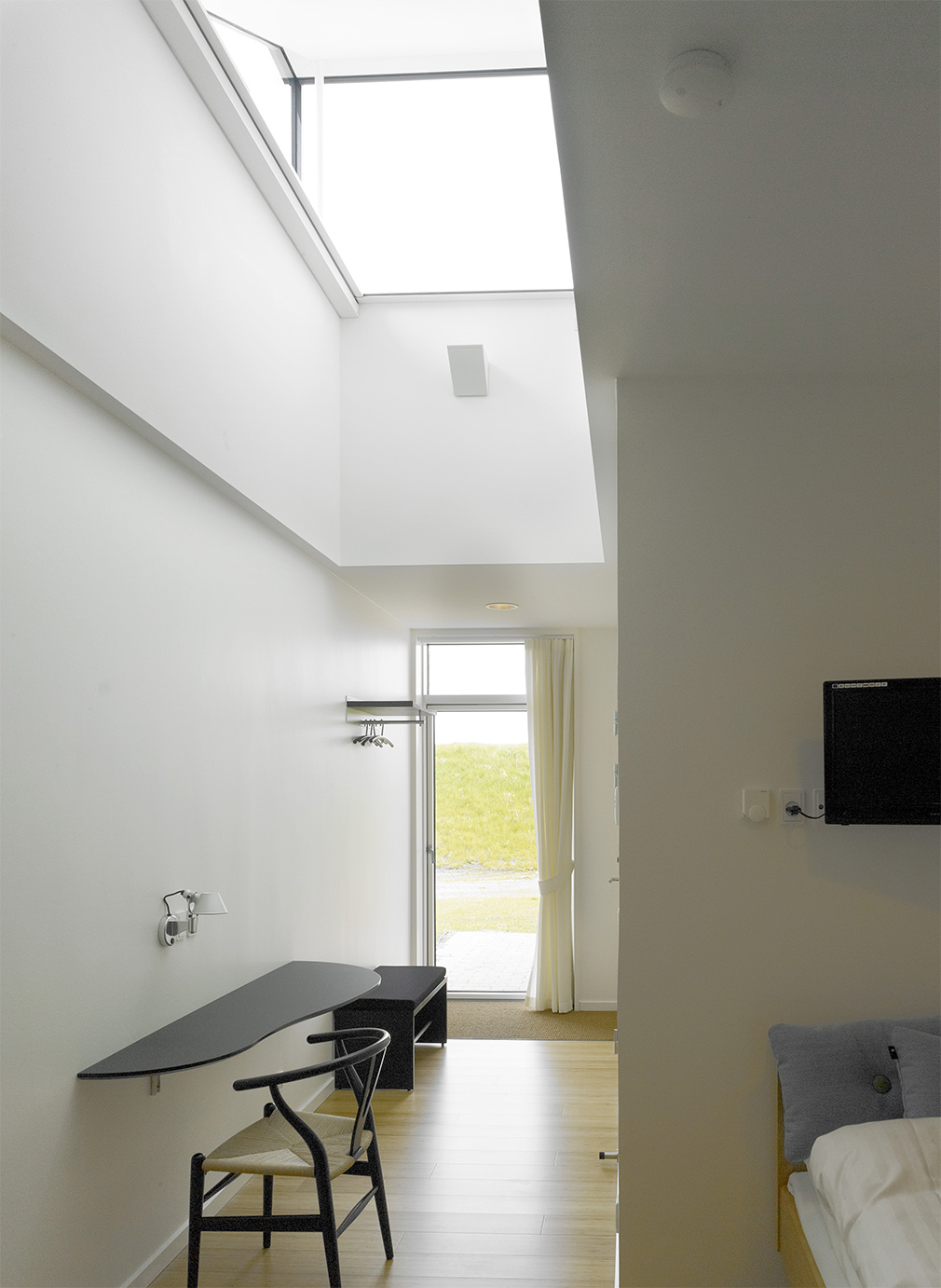 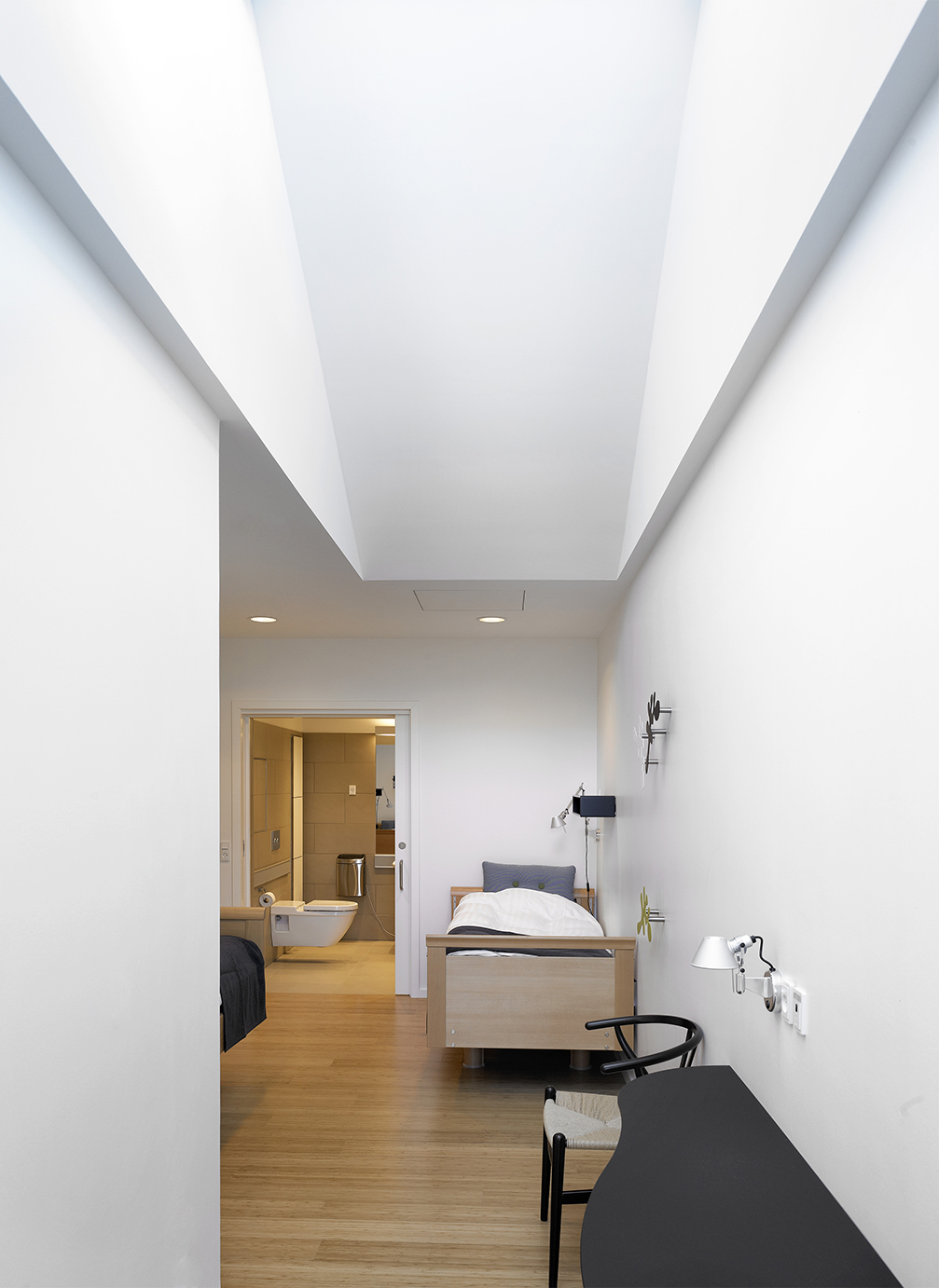 The roof of the apartment wings contains large skylights that allows light deep into the apartments. In conjunction with the rhythmic façade, these roof-boxes lend the northern half of the building a sculptural character that is in contrast to the southern, open part of the building which has a more rectilinear design. 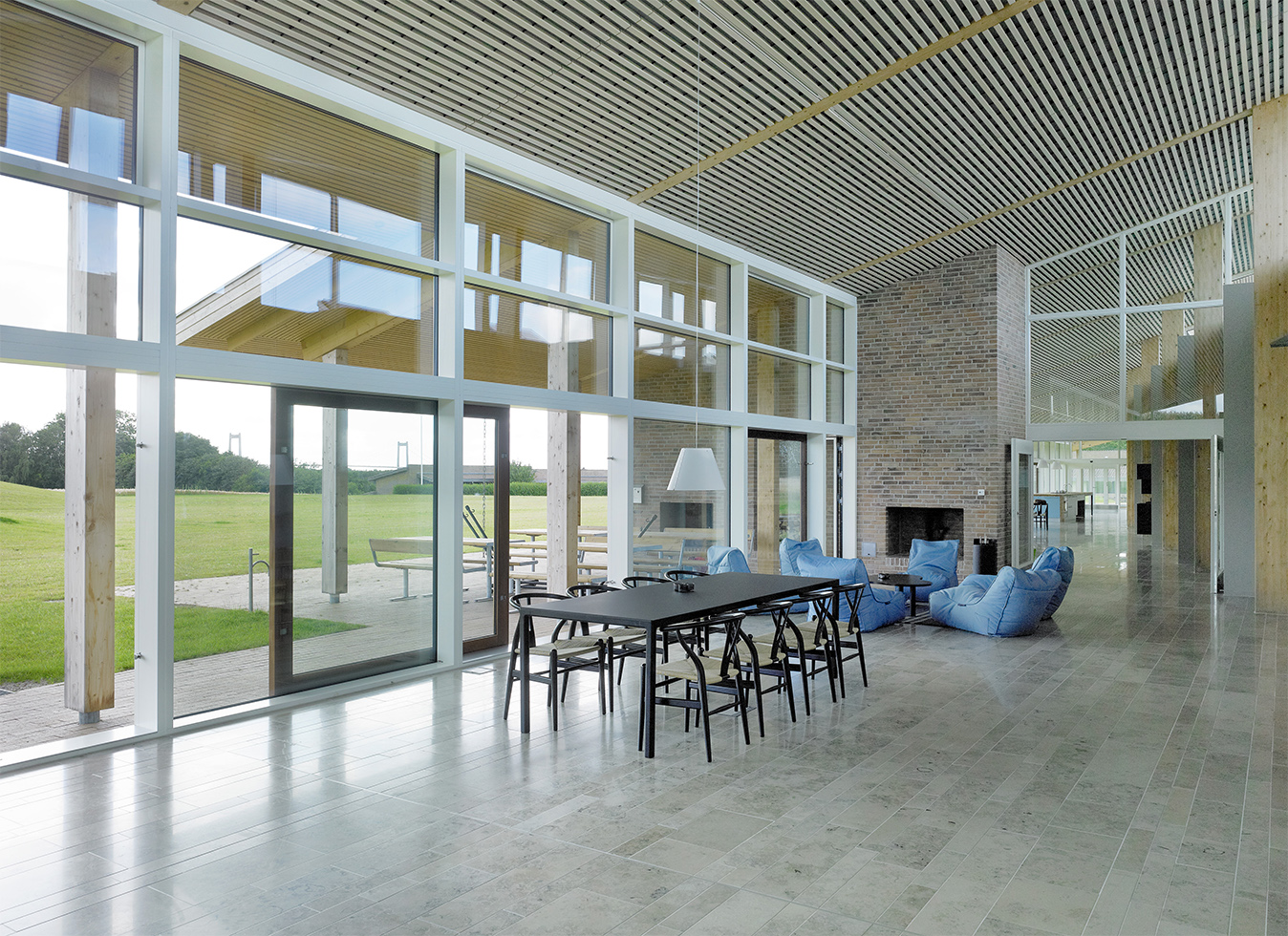 The building is a Low energy class 1 construction by the Danish codes, and features a highly insulated building envelope, 100 m2 of solar cells, a ground heat exchange system and efficient ventilation with heat recovery. 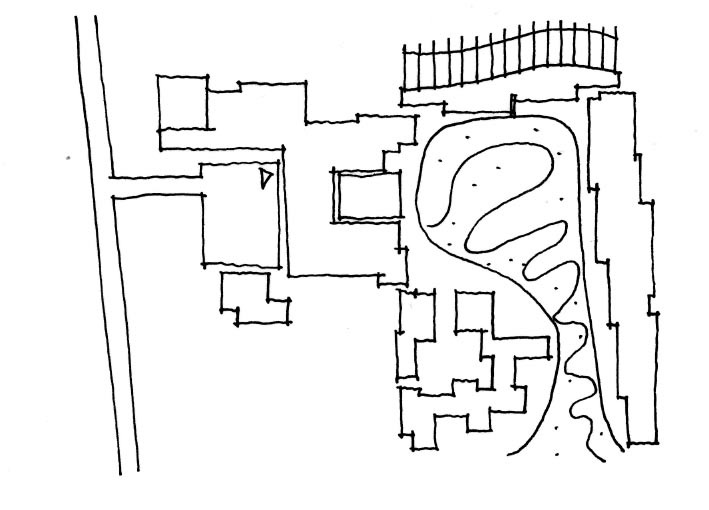 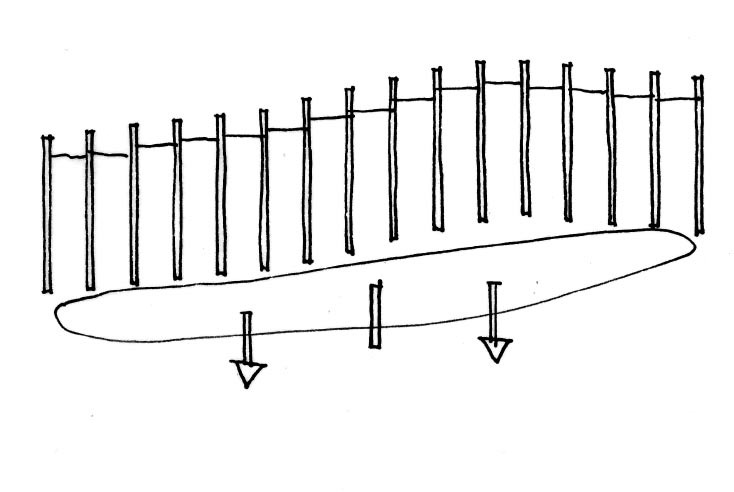 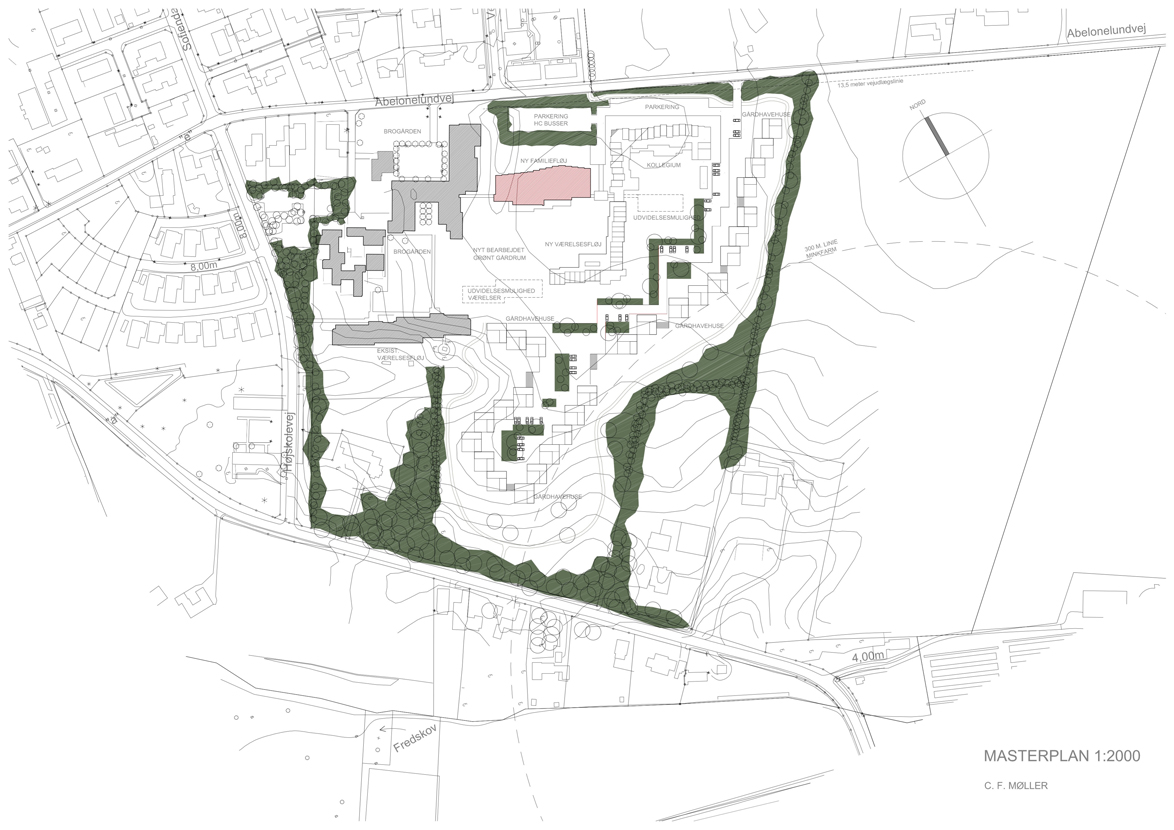 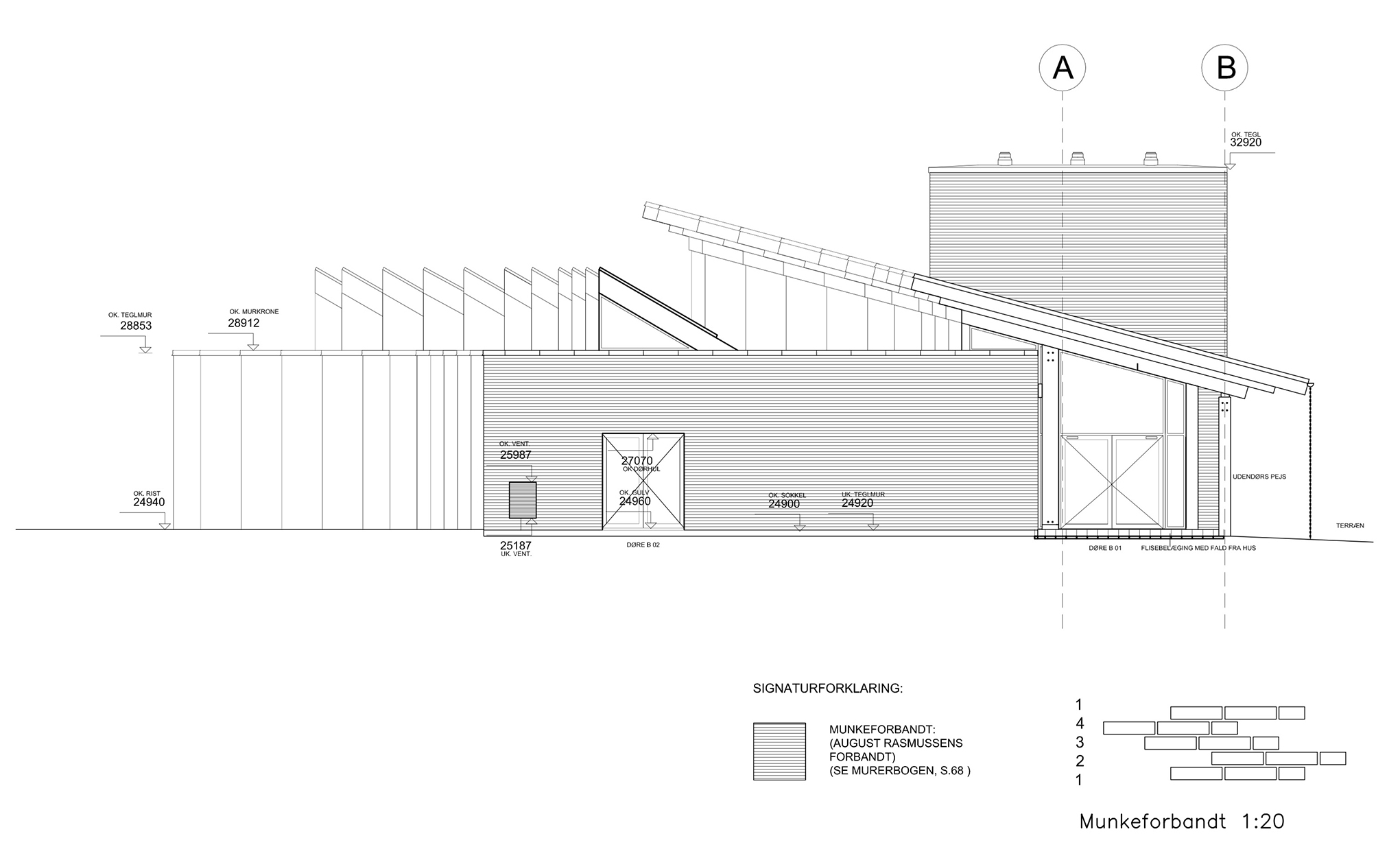 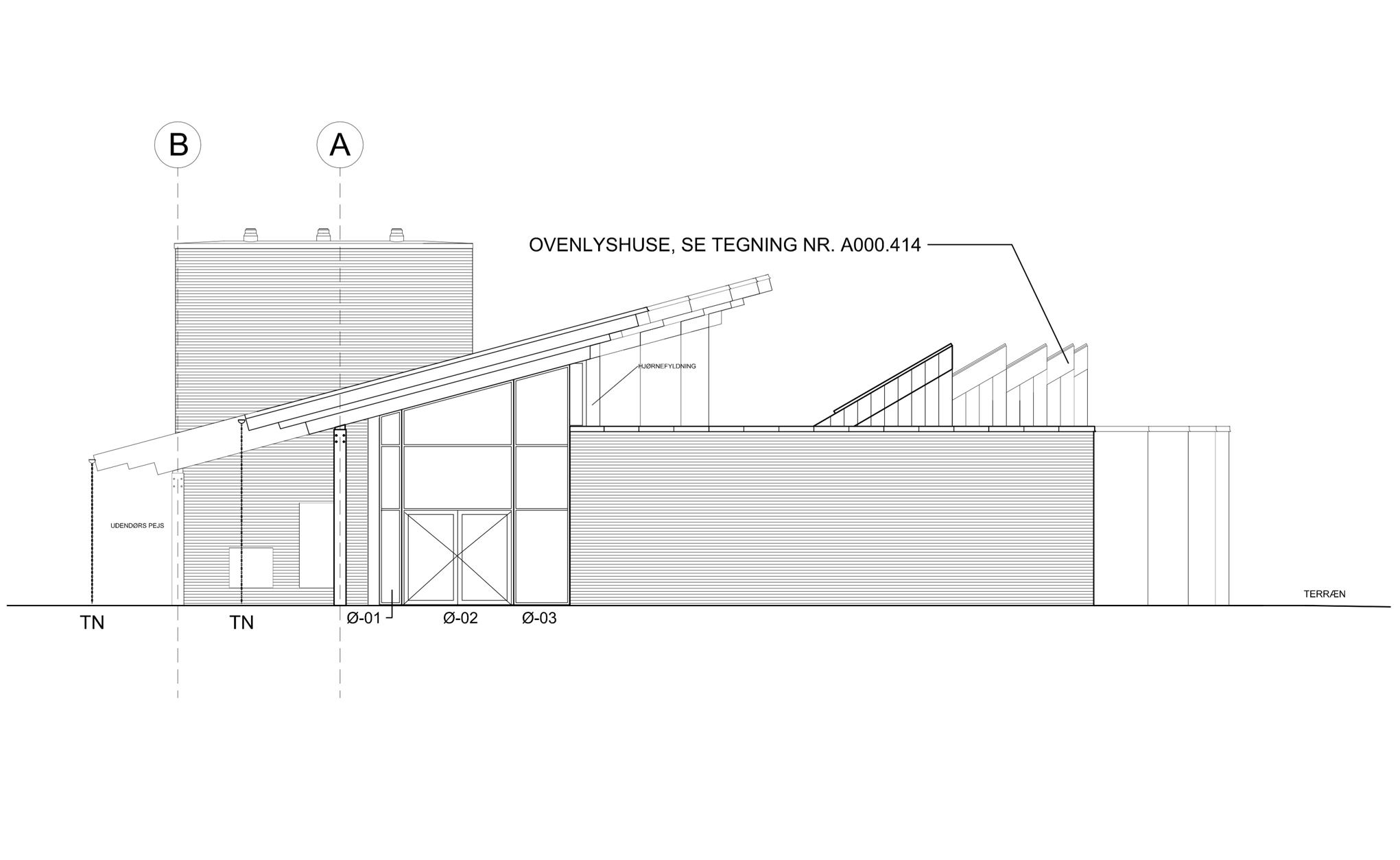 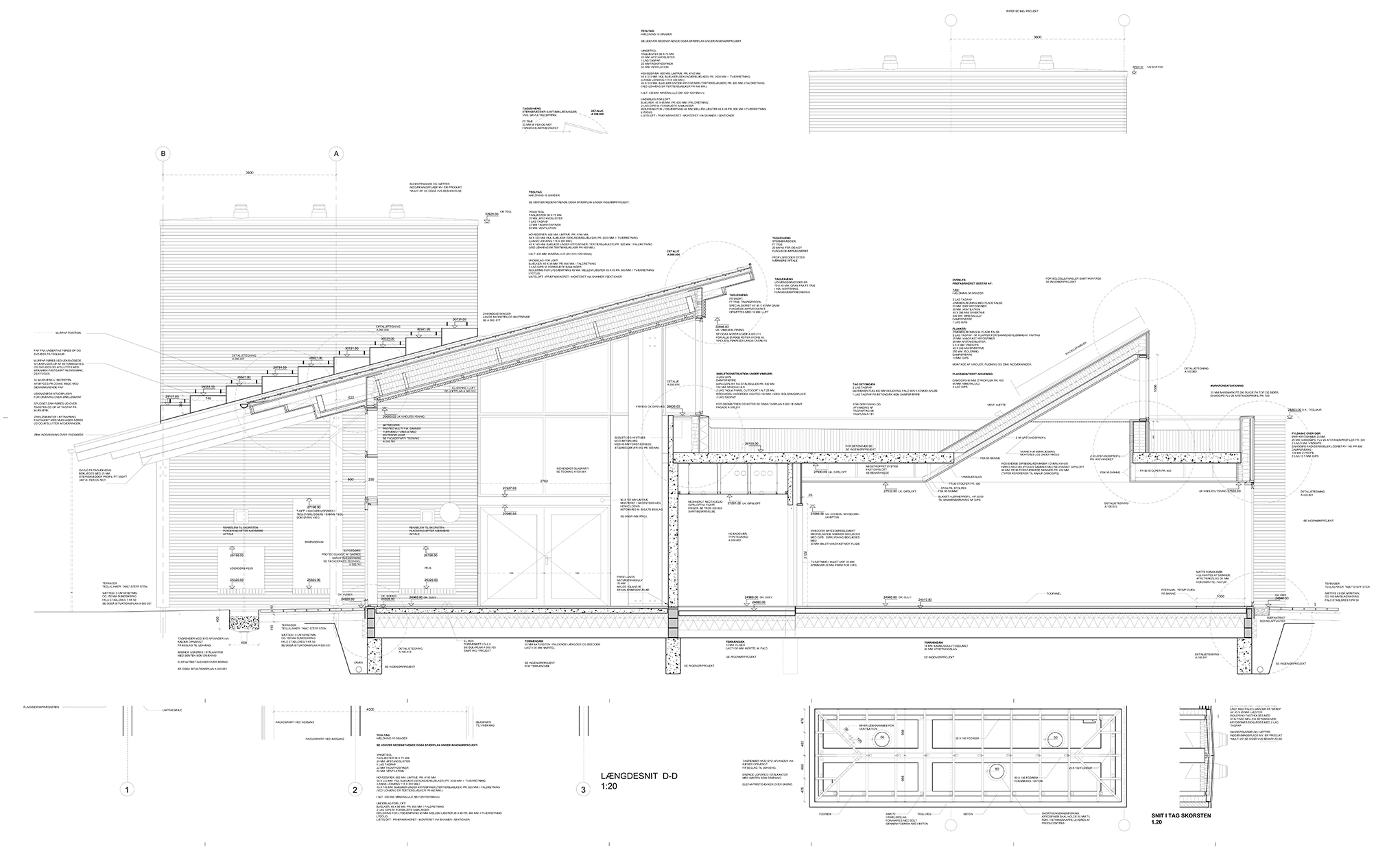 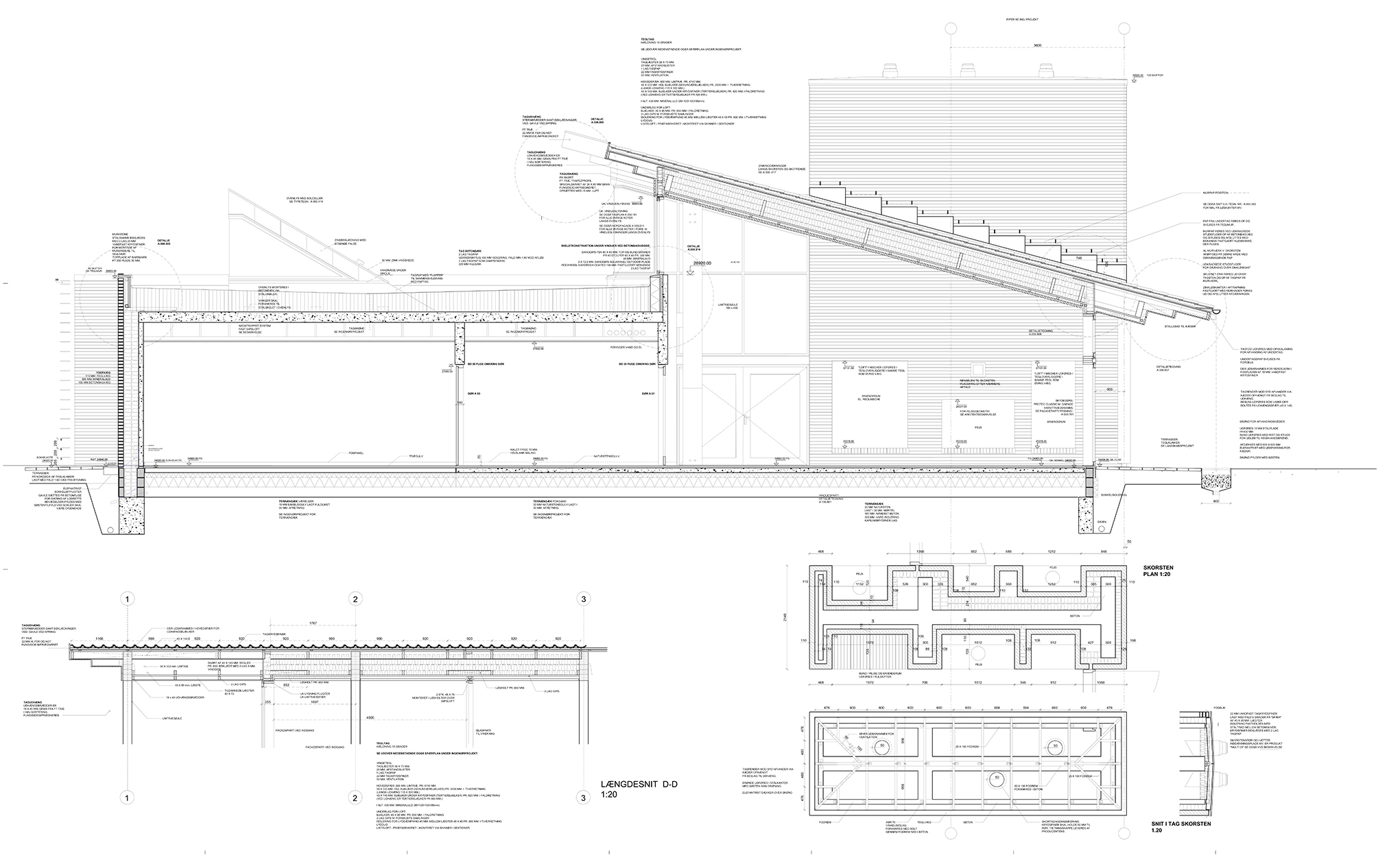 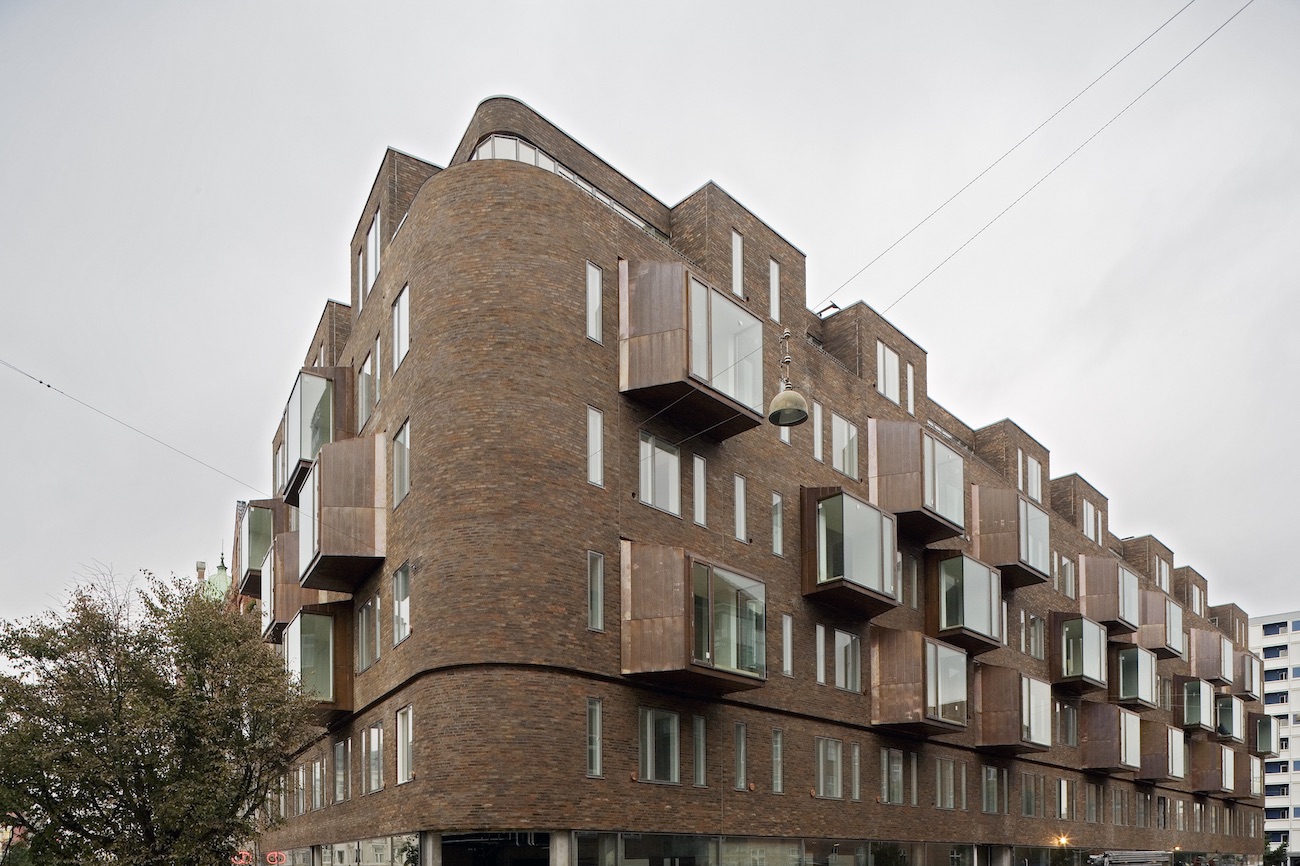 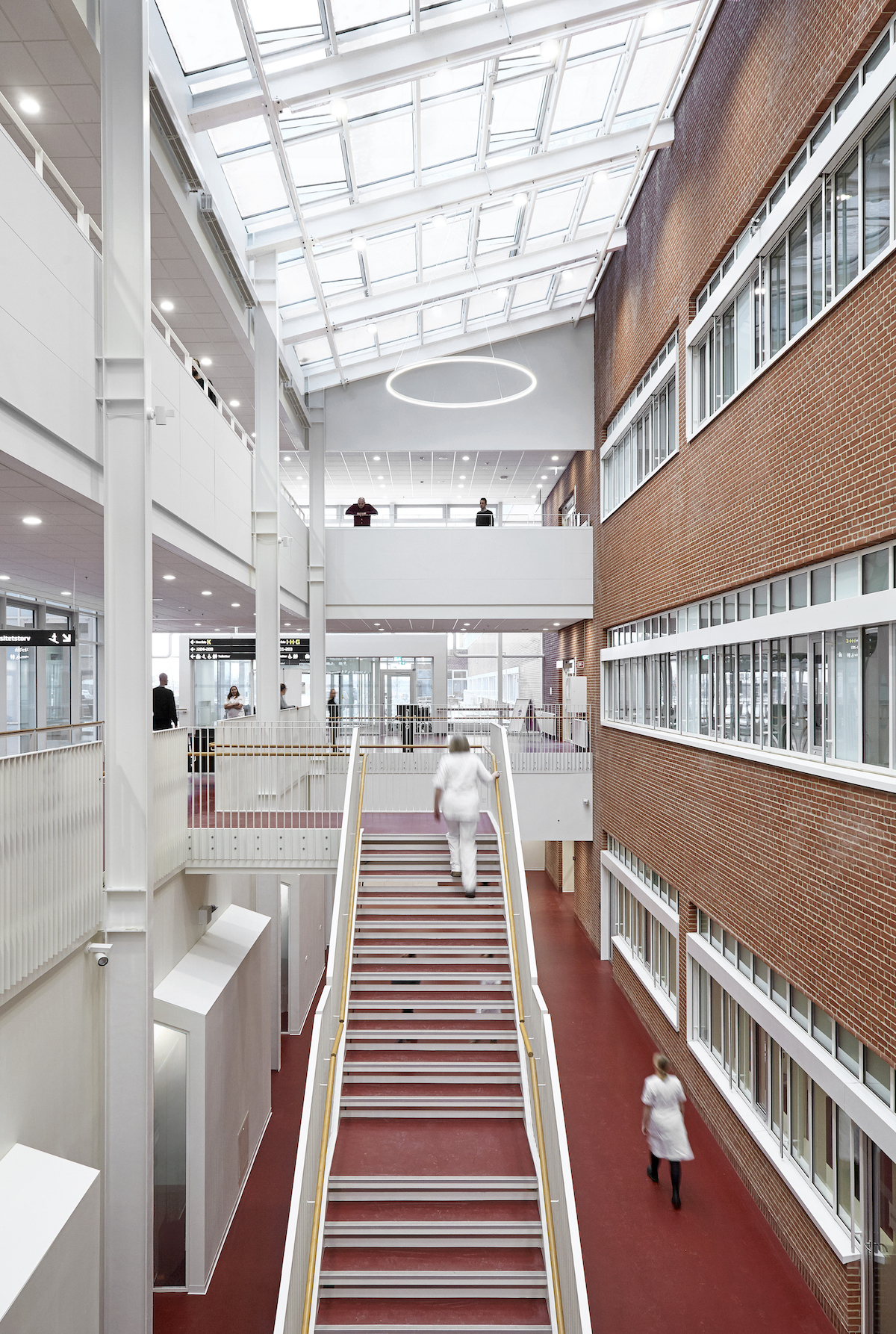 New University Hospital in Aarhus The Emergency Centre, which is the first major element of…

C.F. Møller is one of Scandinavia’s leading architectural firms; with 90 years of award winning work in the Nordics and worldwide.
FOLLOW
MESSAGE

Guesthouse for 14 families with disabled children in Middelfart, Denmark by C.F. Møller Architects.